Extraction looter survival games are becoming increasingly popular as games like Escape from Tarkov and The Cycle: Frontier continue to rise. More often these titles take you to gritty alternate reality, or even to a sci-fi future as is the case of The Cycle, but few if any have taken you back to the medieval days.

Expedition Agartha aims to change this, with a new first-person looter survival game that combines the uncertainty and tension brought on by the hardcore PvP of the genre with the thrill of getting out with your gear intact. Instead of finding the best attachments for your sniper rifle, you'll be crossing swords, literally, with other players, PvE enemies and more to survive an island off the coast of the Lost Continent of Mu.

A first person melee looter survival game is a little unique in a genre full of copy cats, so we wanted to know more about the development of Agartha. We talked to Hunter Wu, leader developer and founder of Matrioshka Games, about what makes Agartha different and how he came about the idea of doing a melee looter survival extraction game for players to enjoy.

MMORPG.com: Most looter survival extraction titles are hardcore FPS games, what made the studio decide to take the formula, but turn it more into a melee, medieval-themed style?

Hunter Wu, Matrioshka Games: I got the idea to make this game after a long night of Escape from Tarkov...a game that often caused me to roll around in my bed at night thinking about my lost gear.

With hardcore FPS, you often lose everything in an instant with a well-received headshot. This often feels unfair, and also promotes a "kill on site" mentality with player encounters. With a more melee-oriented style, you always know where the enemy is coming from, there is more chance for a longer encounter that allows you to experience a drawn-out fight, and also because you can't instantly kill players, there is more room to engage in role-play and socializing. There is a lot more room for hilarious and interesting player encounters.

What were some of the challenges in taking this formula and applying it to a more melee-focus?

It's quite difficult creating a first-person melee combat system. The reason why there are so few out there is that it takes a particular set of design knowledge and experience in order to create a good first-person melee experience. Things can very easily go wrong, and we have pretty much encountered all the difficulties of this system already. As a first-person melee fan, I understand the necessity of making the combat feel good especially when it comes to PvP and we worked really hard on making the combat system feel as smooth as possible. Obviously, it's early access and still isn't exactly perfect yet, but everyday we work towards making the dream real.

Another challenge was the inventory system; creating it ended up being a huge challenge that I didn't expect. With our small team, it was almost impossible to create the perfect user experience that I wanted. But we are getting there, and many of our problems have already been addressed by now. Creating a system that requires items to take up different amounts of space in the inventory is like creating a whole game in itself.

Agartha is labeled as a hardcore looter survival game – how important is it that the experience feels hardcore, and how do you walk that balancing act of making sure it feels challenging while remaining accessible?

I like playing games that feel like the consequences are real, along with real rewards that come with becoming more skilled. I don't like games that waste your time or introduce certain hardcore survival elements just to make the player's life difficult without adding to the game's fun or engagement level. I tried to make sure the game feels hardcore in the sense that the player feels attached 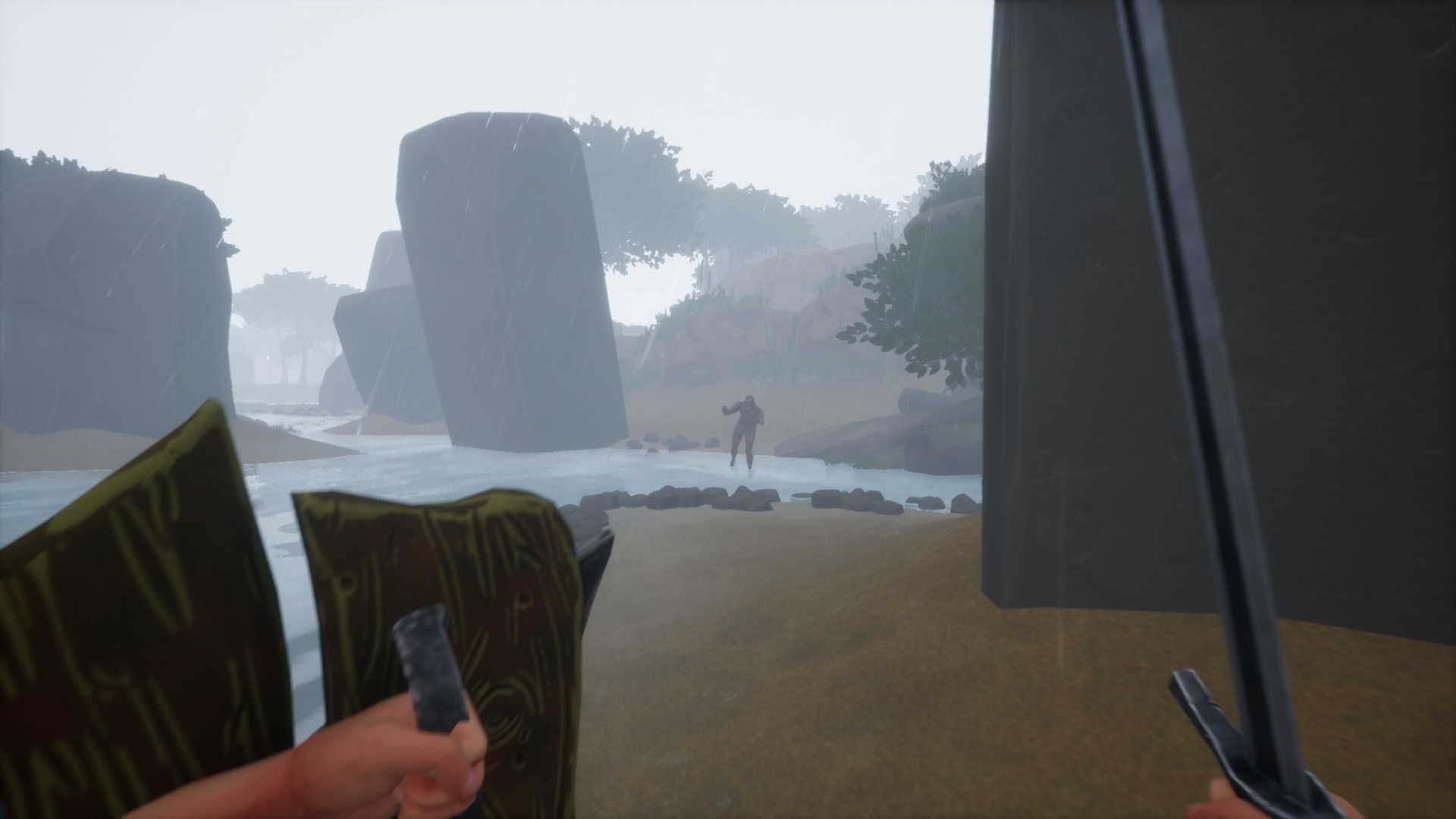 to their items, but also I wanted casual players to be able to jump right in the game and not be overwhelmed with a combat system with an extremely high skill ceiling right off the bat. All the designs in the game are meant to allow casual players to enjoy the game and eventually become hardcore players if they wish to put in the effort. I think we have successfully created a "hardcore experience" that really makes you feel like a serious competitive gamer without completely alienating players who are new to this genre. There is a lot of learning to be had, but also from the moment you step in, players can access the experience that we intended without being completely locked out.

How do you feel the melee-focus, medieval setting sets you apart from the other titles with a similar formula, other than just the weaponry? Do you feel by having a melee focus it makes combat, and by extension surviving, more challenging and rewarding?

Our game in particular focuses on a more Asian side of the medieval world. I want players to understand that the east had just as big a part of the medieval world as the west. This is reflected in the lore of the game, as well as the weapons and the armor. The game itself is super unique and I think there is no other game on the market that replicates the experience we have created here. The combination of melee combat survival and the rewarding exploration experience is honestly a groundbreaking entrance to the extraction looter genre. Surviving an expedition feels super rewarding and many players actually feel like they have a chance in this game, unlike the other shooters that rely on twitch aim reactions.

One thing I found interesting is the fact you have two major ways you can jump into a match: The Freebooter and the Mercenary. While both are ways to jump into a match and offer different rewards and risks, only the Mercenary seems to progress players in the game – can you expand on that decision?

This is very similar to the system in Escape from Tarkov. The idea was to create a way for any player to jump right into an expedition without having to prepare anything, to instantly play with friends, or just embark on a low-risk mission to make some quick cash. The Freebooter is the start of the core game loop, and once players are comfortable enough with the game, they can start bringing in their hard-earned gear as a mercenary. As a mercenary, your main goal is to complete your quests to progress your merchant levels and also to do PvP. The more difficult maps with better loot are only accessible as a mercenary, so once a player is comfortable enough to leave the "freebooter baby-island" they can start their true journey into Agartha.

Co-op is limited to three players per team, how many players can be in a server together at one time?

What types of weapons can players master throughout their time in Agartha?

We have a variety of one-handed, two-handed, shields, daggers, and crossbow weapons in the game. However, it's more about the type of upgrades players choose to put on their weapons that decide what the weapon truly is. There are upgrades that change the weapon greatly in various departments such as DPS, Stamina efficiency, stamina damage dealt, attack speed, movement speed, etc. Bladed weapons also cause bleeding (damage over time) while blunt weapons cause broken bones(movement slow) so players can further modify their playstyles.

Is there a way to protect against total gear loss (such as locked slots in The Cycle, for example) so each match doesn’t end up feeling too unforgiving, especially for players running into a string of bad luck?

Besides the insurance system that allows you to have your gear returned to you if it wasn't looted successfully by another player, there is nothing that stops you from losing your items upon death. The world of Expedition Agartha is a brutal and unforgiving one, and players will learn this very quickly.