As The Elder Scrolls Online's next chapter launches today, we took some time last week to sit down with the MMO's creative director, Rich Lambert, to discuss the lead up to its launch. As Blackwood opens Leyawiin, Gideon and more to players, the ESO team at ZeniMax Online Studios is just hoping to have a stable launch this time around.

"Yea, I mean, knock on wood," Rich told MMORPG over a Discord interview last week when asked how the team is planning to mitigate issues during launch week. "We've planned things a little better than we did last year. One of the things that we committed to early on for this entire year was to do a little bit less and focus more on stability, focus more on fixing bugs rather than adding tons and tons of new features and things."

That mantra, something the team unveiled back in December, is meant to ensure that future chapters like Blackwood don't suffer the same fate Greymoor did last year. A chapter launched in the height of the pandemic, Greymoor struggled with server stability, bugs, issues and more across the board, hearlding one of the more maligned launches in Elder Scrolls Online's seven year history. Rich says the team is determined not to repeat it. So by doing less, they are actually in a position to do more in terms of ensuring the product players are buying works in the end. And more or less the community seems to have latched onto that message.

"Our veteran community actually responded extremely well to that. They went through, the ones that went through the Greymoor stuff, it was, you know, those first three weeks were really rough. Probably the roughest we've had in three or four years. And so, when we came out with that message at the end of last year and repeated that again this year and whatnot, players  they resonated with that. They were like, 'Okay, we get it. We would much rather have a better launch experience [of] higher quality then maybe getting a few extra things."

This mindset played into the delay last week of Elder Scrolls Online: Console Enhanced, the upcoming native version of ESO for both PlayStation 5 and the Xbox Series S|X. But ensuring that the team's focus is on the launch of Blackwood, first on PC and then console a week later, the team can switch gears and focus in on Console Enhanced once the chapter launches are behind them. This just plays right into the mindset of doing fewer things at once.

Another decision influenced by the mantra of just doing less with Blackwood in order to ensure stability and making the chapter as issue-free as they can is the decision to make a brand new tutorial that every player, whether brand new or creating a new character, will go through, regardless of chapter release. Before you would be thrown into the tutorial sequence of whatever the latest chapter release you own was. So if you just bought Elsweyr, you would be thrown into that one, or maybe you'd find yourself in Coldharbour if all you owned was the base game.

Now though, players will go through a unified chapter with the ability to effectively choose where they want to start. The idea here is partly based on player feedback, but also a desire to effectively free up dev time during future chapter releases that would other wise be spent on a tutorial and put those devs to work ensuring the rest of the chapter is as good as can be.

"There were a bunch of reasons why we did it. Some of that was player feedeback. They wanted choice; 'We want to go in and start our characters and start our story path the way we want to.' So that was part of it, a big part of it. The other side of it, though, was creating a brand new tutorial every year is a huge amount of work, abd it's work that takes away from other areas. We can add more quests, we can add bigger stories if we're not spending a while bunch of time creating a brand new tutorial."

Players have actually been playing Blackwood to a degree on the Public Test Server, or PTS, on the PC side of things, giving Update 30 and the upcoming expansion a whirl ahead of the launch. One of the major features coming with Blackwood is the much documented Companions system. So far, while there really hasn't been any feedback that was unexpected, players who have dove into the system on the PTS seem to be enjoying the new addition to ESO.

"[F]eedback on companions has been really positive overall so far," Rich told me when asked whether there has been any feed back that caused some changes the team really hasn't expected. "Nothing that I would say was completely unexpected. We knew players were going to initially make comments on, say, the gear and the inventory system of companions. A lot of players I know where hoping to have a completely new, separate [set of inventory slots] on their companion. Adn so, we knew that was going to cause a little bit of strife. But when we explained things to players, they kind of understood it. And then, just the companion gear in of itself being a little bit different than player gear. That was another one that we knoew players would kind of scratch their heads at initially.

"But once they started getting with the system and seeing how it worked and seeing why those things were done the way they were done, it made sense to them" 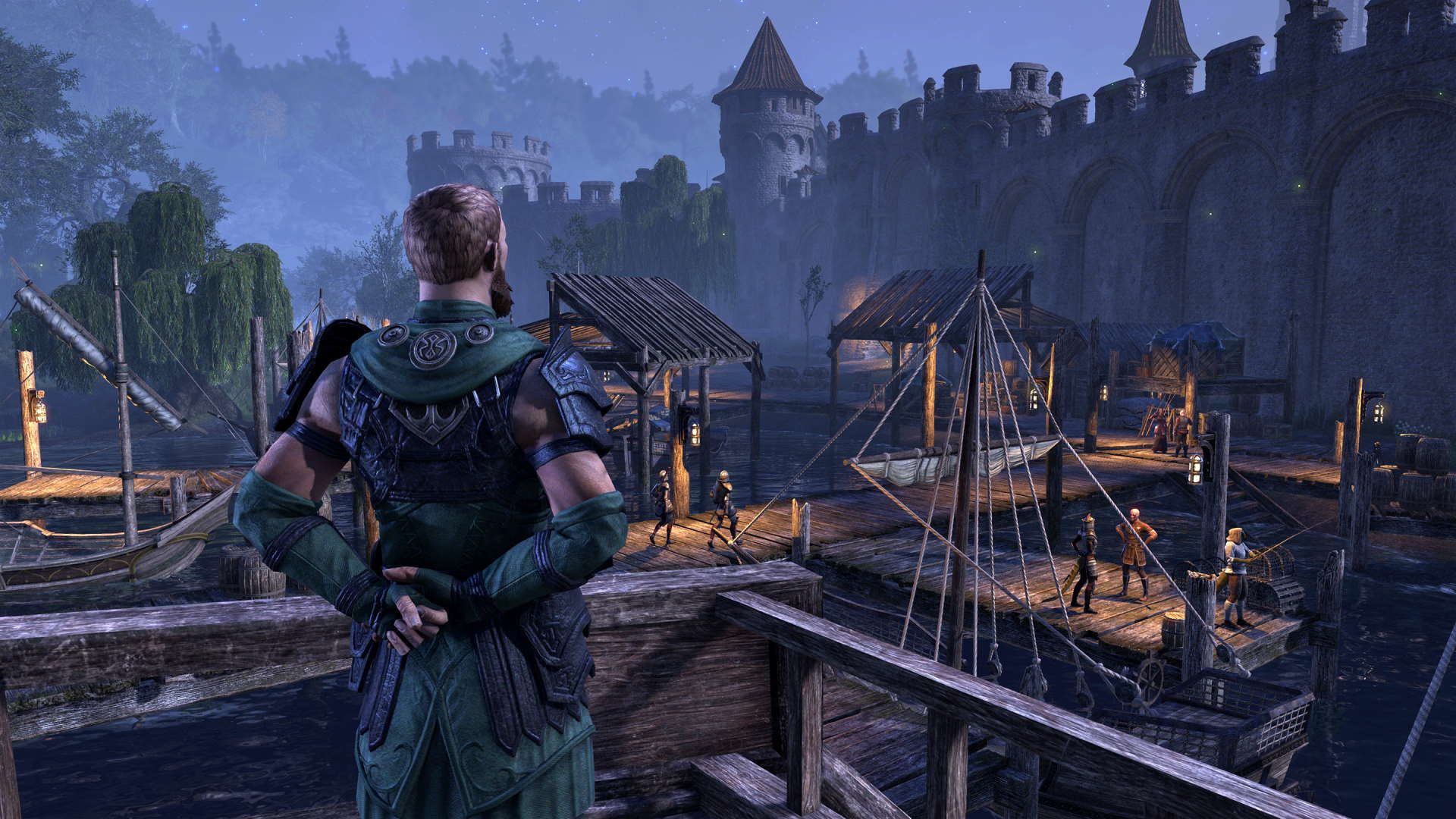 I myself was one of those players looking for yet another way to store items in ESO and was looking forward to the potential prospect of using my chosen companion as a pack mule. However, Rich tells us that while anything down the road could be possible, there aren't any plans to alleviate the bane of every MMO's existence: inventory space.

"Inventory is always kind of a sticky situation because the more inventory players have, the more database space that takes up, which is a hardware thing and a performance thing. And so it's not as simple as just, 'Oh, well, we'll just increase this number, then everybody's happy.' Like, it has a knock on effect, especially when you are thinking about just economies of scale. We don't have ten people playing the game at the same time. We have millions of people playing at the same time. So ten more inventory slots, fifty more inventory slots, times millions of players is a really big number. And so [those] are the issues we have to think about when we're making those decisions."

The Elder Scrolls Online: Blackwood will see two companions come to help the player out, from the Dark Elf Mirri to the Breton Bastian. While the PTS doesn't show one being chosen over the other (and the PTS is a small sample size, Rich reminds me, so thus wouldn't really be representative of the full player base), the team is seeing what Rich calls "unique ways to set up their companions." So while you might not score any extra inventory with Bastian, someone might figure out the best way to use him with your chosen build thanks to the theorycrafters out there.

"Most of the stats we have from the PTS skew towards the hardcore, where they are playing with the DPS-version builds, they are playijng with the healing builds. And so that's where we kind of see those numbers skewed a little bit more. But we definitely have seen a gambit of different builds, just looking at the logs that we have. They're all getting tested, people are finding new, unique ways to set up their companions. So it's good to see."

The Elder Scrolls Online: Blackwood launches today on PC, Mac and Stadia, while console players will be able to travel to the new region come June 8th. For those looking to check out ESO on console at higher framerates and fidelity on the current gen Console Enhanced versions, you'll be able to jump into Tamriel come June 15th.