To say that my PAX East trip was busy is an understatement. My third and final interview at the packed event was with the Community Manager of Lost Ark, Roxanne Sabo, also known as Roxx! This was a very wholesome and laid-back interview and it was so fun getting to know her as a person and gamer!

Anthony with MMORPG.com: I am here with the person who makes everything okay. Roxx, our community manager. How are you today?Roxanne Sabo "Roxx", Lost Ark Community Manager: It’s kind of crazy to be at PAX East, in 2020 was the last event I went to before. So I’m very happy to be back, especially for the first show. It’s really nice to see people again. It feels like things are kind of getting back to normal, and I’m really excited for more shows to be a part of my life again.

MMORPG: I want to start in the beginning. How did you find out about Lost Ark?

Roxx: So, I actually found out about the game when most of the new players in the west did. When Amazon announced it, I came onto the project. I had previously work on other MMOs in the past as a community manager. When this job popped up, I was like ‘this seems like a really cool opportunity.’ and I hadn’t really heard of Lost Ark. But I checked it out, I looked up what I could, and I was like, this seems like it might be cool to be a part of. I was very fortunate to have this opportunity to go through with it. Once I got started playing the game, oh man. Like, Lost Ark got me into Lost Ark! So I got to start experiencing it. You know, it’s still being developed for the West. But as soon as I started playing, I was like; I’m so glad I made this jump. The game is beautiful, the world is beautiful, there’s so much polish, so much love that the team has put into it. I was like, ‘I can’t believe I get to be a part of this.’ 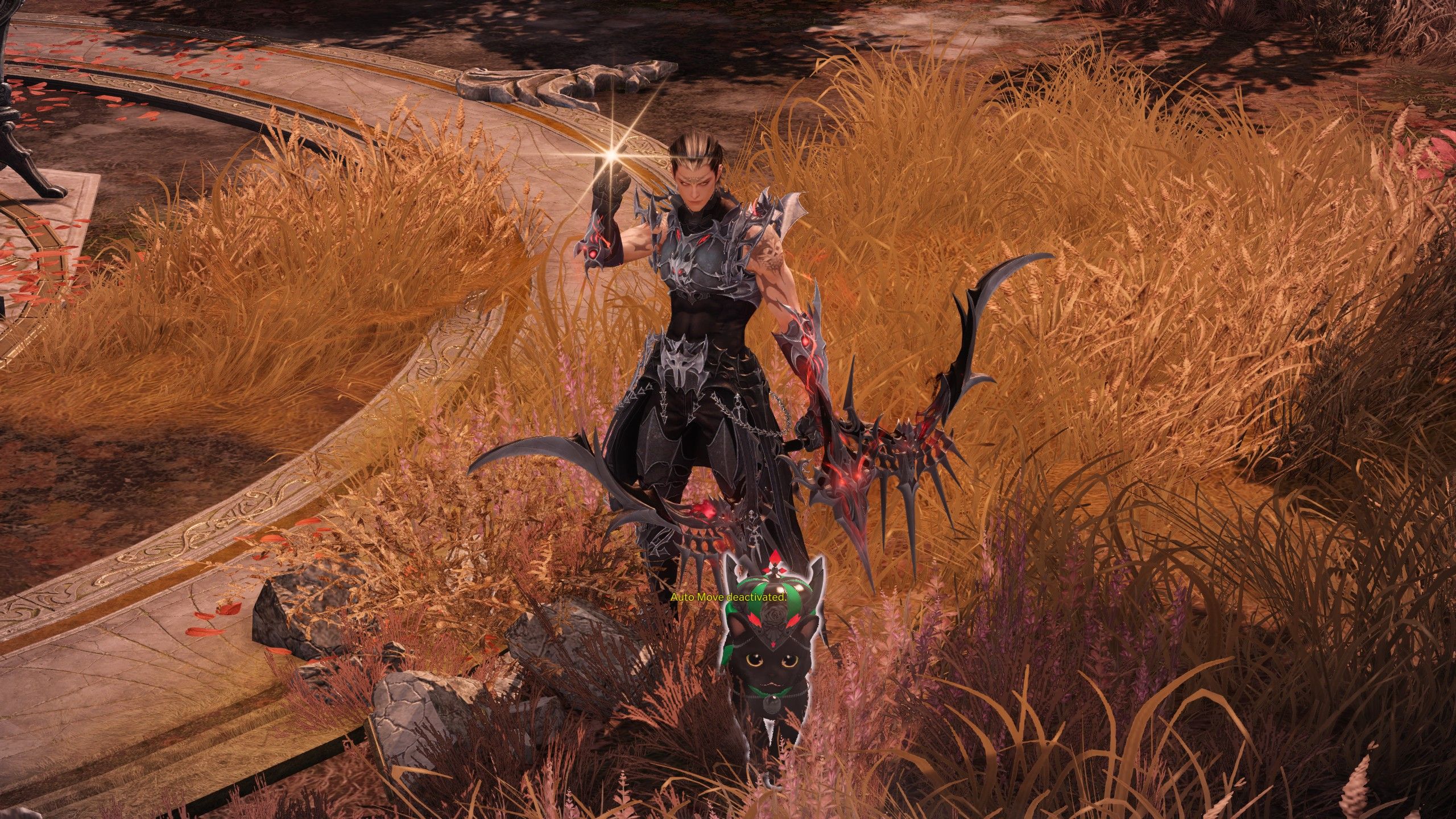 MMORPG: That’s similar to how I found out about it! I found out from one of our streamers in the community, Saintone. I saw it and I just fell in love immediately. I’m like: ‘This is what I want to play!’, and I think many of us in our community have played multiple MMOs, but this one is just different. As you said, the world is so beautiful, everything about it from the sailing to the combat to the life skills. Everything!

Roxx: See, personally, I know there’s a ton of people that play Lost Ark that are super hardcore, super love the grind, love the challenge. I like the RPG aspect the most. Lost Ark definitely has it. Going through the story and everything, this is the kind of stuff I love and I look for in games, not even as a job. Just things that I play and enjoy. So I was very thrilled to uncover so much of that once I started.

MMORPG: It’s super interesting too, because I definitely lean towards the most hardcore side of things, and admittedly, when I started playing Lost Ark, I wasn’t particularly interested in the story, until I did the castle siege! I saw that and said ‘Oh, I should pay attention to this!’ We all know that one part, sliding down the chain, everything in slow motion. Like, this is so cool! I started to appreciate the world as a whole a lot more then.

Roxx: It’s definitely still my favorite part. I feel like that’s when it clicked for a lot of players. 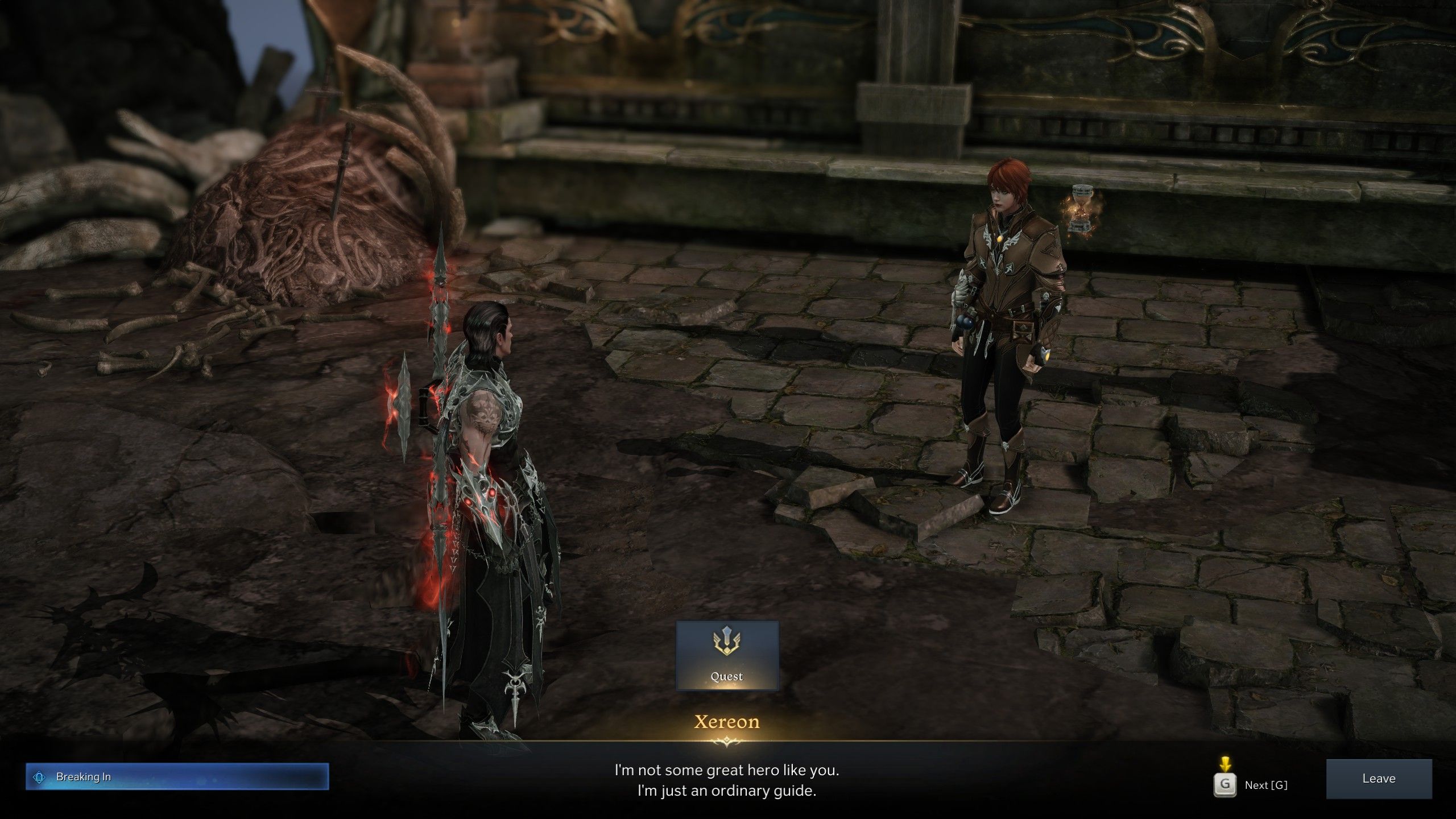 MMORPG: Now, speaking of excitement, let’s go to the days before launch. Anticipation is building, we went through a beta, through ups and downs, the hype, it was gaining popularity. I know my playgroup was super hype. Walk me through that if you can; how things were feeling, from your perspective as a player and community manager.

Roxx: I think in the weeks leading up, you mentioned our beta. Beta went super, super well. Honestly, just the couple of weeks before almost felt like the calm before the storm, because we were doing everything we could to prep, but at that point, you’re right around the corner from launch. Pretty launch ready, hopefully. So there was a lot of anticipation, starting to ramp up work a little bit, being like ‘okay, okay, it’s almost here. It’s almost here’. Just holding on to that like oh my gosh. The moment it dropped, it was like ‘Finally!’, I think even more so than any other game I’ve worked on, just because it had been out for so long in other areas. I feel like it felt even more of that. We can watch other people play it, we can see it, we can see all the content. And it just helped compound that for sure. So it was very interesting sitting on something that other people have played and experienced. I had gotten to play and experience being internal and learning the game. It was a lot of anticipation. Then as soon as it was out, it was like ‘Oh my gosh we did it’. I thought it was amazing, a great experience. Some numbers we were pretty happy with. And not even the first week. Every day was super exciting.

MMORPG: Like you’re opening a Christmas gift, and you know what it is, but you’re excited anyway!

Roxx: Totally. It’s different from launching a brand-new game too, because you already know so many people love this thing. It’s almost like having something tried and true. Now a whole new other group gets to experience it. 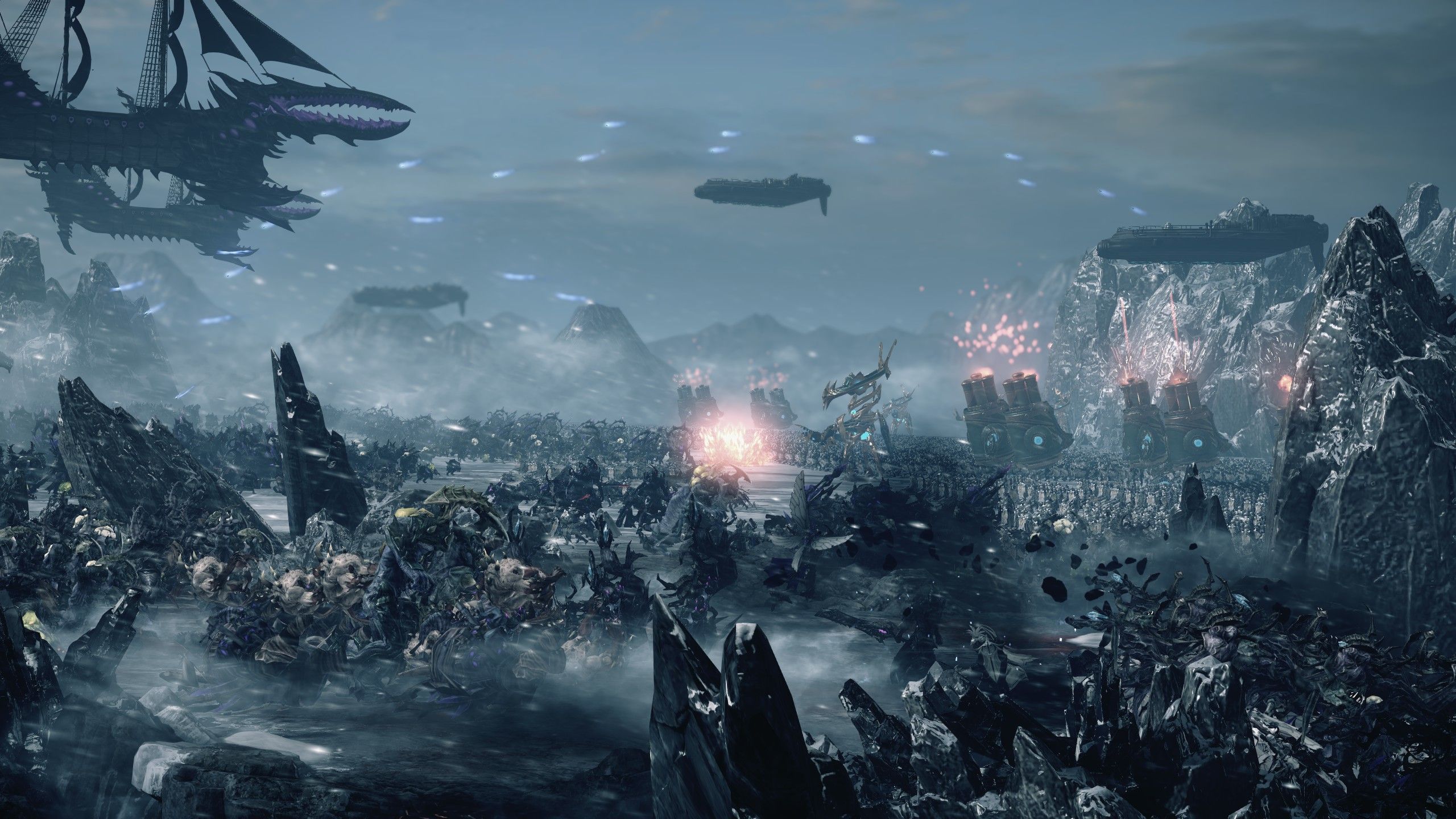 MMORPG: I definitely didn’t sleep the days after! I played so much! I’m sure there were restless days on your end. On the broader side of things, how do you manage to balance your work, life, and play?

Roxx: I think it’s definitely challenging, especially when you’re working on something as big as an MMO. It’s a live service game, right? We’re still updating, and we have weekly updates, all that jazz. It’s definitely challenging. It becomes such an integral part of your life. I have my Twitter. I’m too excited to not have my personal Twitter and engage with players. So like, all the time, eating dinner, it’s like ‘oh, someone’s tweeted at me, I want to respond!’ I kind of had to put boundaries in place for myself so that I don’t go too crazy or burnout, because it’s definitely something you could do.

There’s always more to do, there’s always more people to talk to, questions to answer. Something else that’s kind of funny too is, especially in the first few weeks, I really enjoy Lost Ark as a player too, so I would get done at work and it would be like ‘okay, I need to take a break and eat dinner, and then after dinner, what do I want to do?’ Well, now I just want to play Lost Ark! There are times where I need to be like ‘No Roxanne! Don’t do that!’. You have to spend tomorrow working on it, even though I really want to play. So it’s definitely something I’ve kind of had to enforce with myself. But then also, this week being here at PAX, it’s got that work and play balance too. So there’s definitely ways to do it. Like I said, I’m so happy to be here. It’s a little bit different from my day to day on my desk, but I still get to do other elements of my work. It’s so easy to be on all the time when you’re working on a project like this. And I’ve definitely had to learn to make myself step away, especially in the first weeks.

MMORPG: What class did you start with?

Roxx: I ended up starting with Sorceress. I played a Summoner in beta…

MMORPG: Oh noooo!Roxx: I know a lot of people are anticipating her, and I definitely am too, but I ended up swapping to Sorceress. I’m not crazy hardcore, so I made her look super icy and cool. For the PVE stuff I’ve been going through the story and I’m like ‘I’m gonna make her have a little ice set for role playing’

MMORPG:  So, as you said before, our community is massive. We have so many people just playing and loving the game. We’ve seen everything, from fanart of players’ characters, just, entire communities coming together for a game as awesome as this. What has been the most pleasant surprise for you so far as a CM?Roxx: I wasn’t thinking about this, but you mentioned fanart. For me personally, as a person and player who’s into that kind of stuff. I definitely love seeing all the fanart, because it’s such an eclectic cast of interesting characters. So the fanart has been super fun to see for sure. In terms of what has surprised me about the community that I’ve really enjoyed, and you said earlier that Lost Ark is massive. There’s so many different systems, but there are also people who have been playing it on the Russian servers forever, you know, it’s been out for a few years in other places in the world, we have had so much time to learn so much while other people are coming in. And between the guides between Reddit and on Twitter, there are so many of those players that are so dedicated and so willing to answer questions and give tips. Sometimes people get competitive, and that’s a part of MMOs, which is totally fine. But I feel like a lot more often in the Lost Ark community, it’s like ‘Hey, I can send you all these really awesome guides. Here’s where you should go, or I can probably answer any questions’. And I see that all the time from players, and it makes me super happy. Because we have so many old vets, and so many new players. It’s a super interesting mix of a playerbase. It’s definitely not something I’ve experienced. It’s been really awesome to see all those hardcore players help the community all the time, no matter what it is. 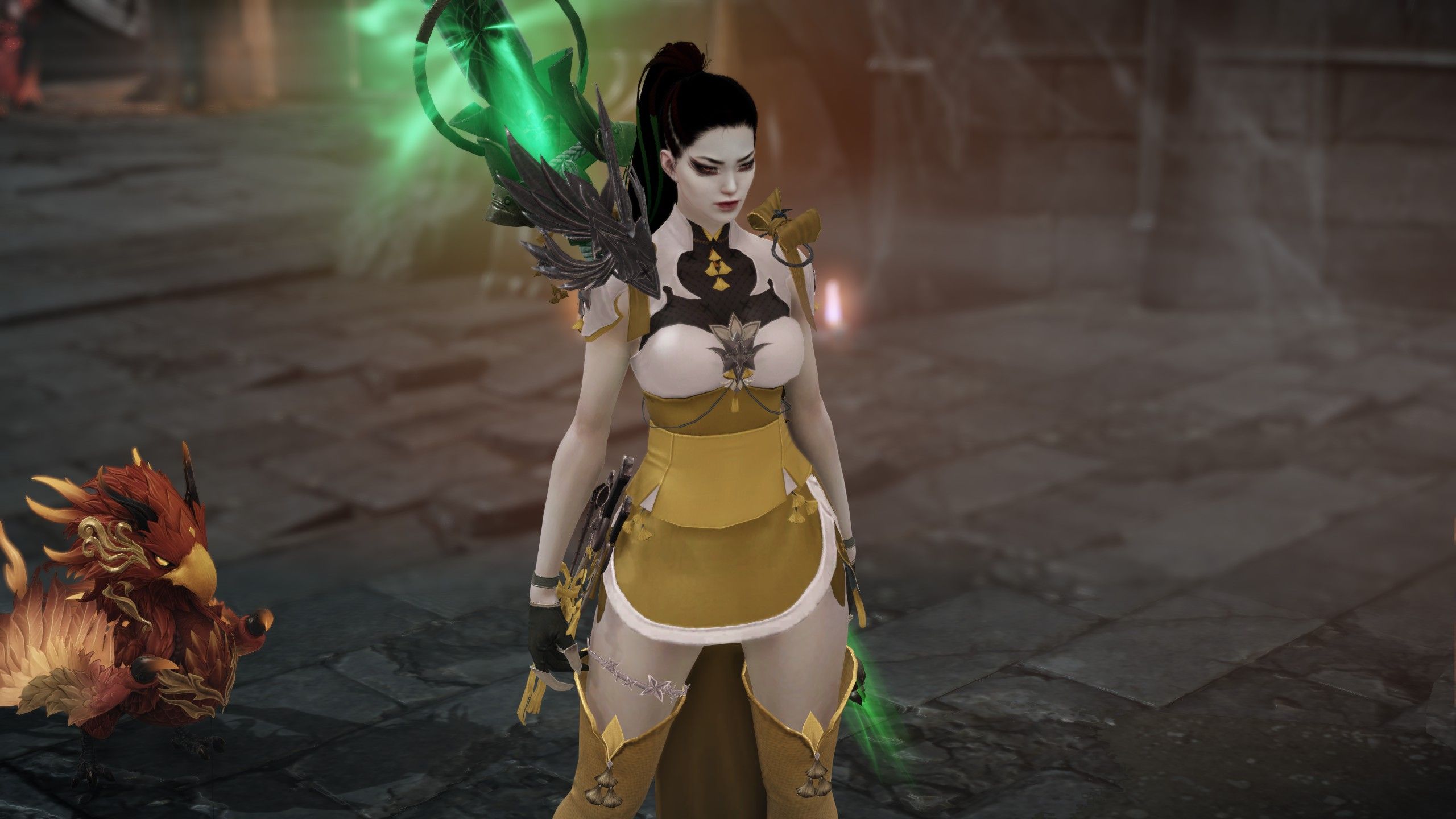 MMORPG:  One final, final question…And this one is very important. How many Makoko Seeds do you have?Roxx: Oh my god! On live? On the QA server, I got pretty far. On live I think I have around 40.

I appreciate everything that you do for this community. You have been such an awesome community manager, and on behalf of the Lost Ark community, thank you!Roxx: Thank you for having me! I’m honestly floored with how supportive a lot of the community has been to me. MMOs are crazy, with a massive amount of players. Like I said, I didn’t know about Lost Ark until I got hired to work on the game, and sometimes I’m like ‘some of you will know way more than I did!’, and the fact that everyone’s so cool about it…I’m doing my best for y’all, and they’re very welcoming and inviting and it’s really nice.