Fallout 76 released its long-awaited expansion, The Pitt, earlier this month. We had the chance to chat with Mark Tucker from the F76 to discuss the expedition update, as well as some of the reasons behind why they chose Pittsburgh for the setting.

Notably, the latest update for Fallout 76 brings with it the new Expeditions feature, giving players more to do outside the confines of Appalachia. We wanted to know more about why Pittsburgh made for a compelling location for this first foray outside the holler and into a city well known in Fallout lore.

MMORPG.com: Why The Pitt for the next expansion?

Mark Tucker, Design Director: The Pitt made sense to us for many reasons. First off, geographically, Pittsburgh isn’t that far away from Appalachia. It is about 75 miles north of Morgantown.  So, it really is right next door! We liked the idea of the first missions taking place in a nearby city that wasn’t too far from Appalachia. It also makes sense from a story and lore perspective. The Vertibirds can only go so far without significant modifications.  Plus, it is within a plausible travel distance for refugees to travel on foot and survive. The wasteland is deadly, and unless you are Brotherhood of Steel or a ruthless Raider gang, going long distances on foot and surviving is unlikely.  That all fit well with how we wanted to kick things off with the Responders reforming and helping refugees. Now, I will say, that does not mean we plan to stay this close to home for future locations. It just made sense for the first one.

We also liked The Pitt because the Fallout 3 DLC that took place there was very popular and well regarded by our fans. We thought it would be fun to go back there and show what it is like earlier in the Fallout timeline.  Plus, The Pitt has such a different tone and vibe than Appalachia. Appalachia is almost happy and cheerful when compared to the oppressive toxic smog filled Pitt and the people surviving there. It was important to us to sell the fantasy of going someplace different. The Pitt checked all the boxes for us; with the contrast to the environments, the unique creatures and NPCs, and the overall tone – all of that combined got the team excited to create it.

MMORPG: Currently, Pittsburgh isn’t mentioned a lot in Appalachia, but there is a historical note there. Will the presence of players in The Pitt create any changes or consequences in Appalachia?

Yes! The most notable changes will be seen at the Whitespring Resort. Players will see a Vertibird parked at a new makeshift landing pad on the roof for starters. When they go inside Whitespring, they will discover an entire wing has been converted into a more functional space for people to live and help others, called The Whitespring Refuge. This space has been created by a group of people that have reformed The Responders. The Responders are intent on helping those in need across Appalachia and beyond. It just so happens, that the first folks asking for assistance are refugees from a group based in The Pitt called The Union.  The Union have been pushed up against the ropes by a ruthless Raider gang that call themselves, The Fanatics. This is where the players have an opportunity to step in and offer their assistance.

MMORPG: What sort of storytelling opportunities did you see there?

For Expeditions, we challenged ourselves to create something that we felt was a fun, repeatable Fallout experience. We knew players would be visiting these locations a lot, so we wanted to make sure the environments themselves were interesting and offered a lot of opportunity to explore. A big part of Bethesda Game Studios’ storytelling is expressed in the environments, and we wanted to make sure to continue that tradition with Expeditions. Each mission takes place in different parts of The Pitt, each with their own look and feel… and story that you witness firsthand as you explore the areas. Right off the Vertibird, it is apparent you have arrived in a place that is suffering from a more extreme aftermath of the Great War.

Beyond the environmental storytelling we have the people. The Pitt is a harsh place to survive by itself, but when you throw in different factions with competing goals and nightmarish creatures trying to kill everyone, you’ve got a strong recipe for lots of conflict. Conflict creates good storytelling opportunities, and The Pitt is not lacking in that department. Each mission delves into the details of these kinds of conflicts, specifically from the viewpoint of The Union, a new Faction introduced with this update. As mentioned previously, they are in a deadly turf war with the Fanatics that has their future survival at stake. 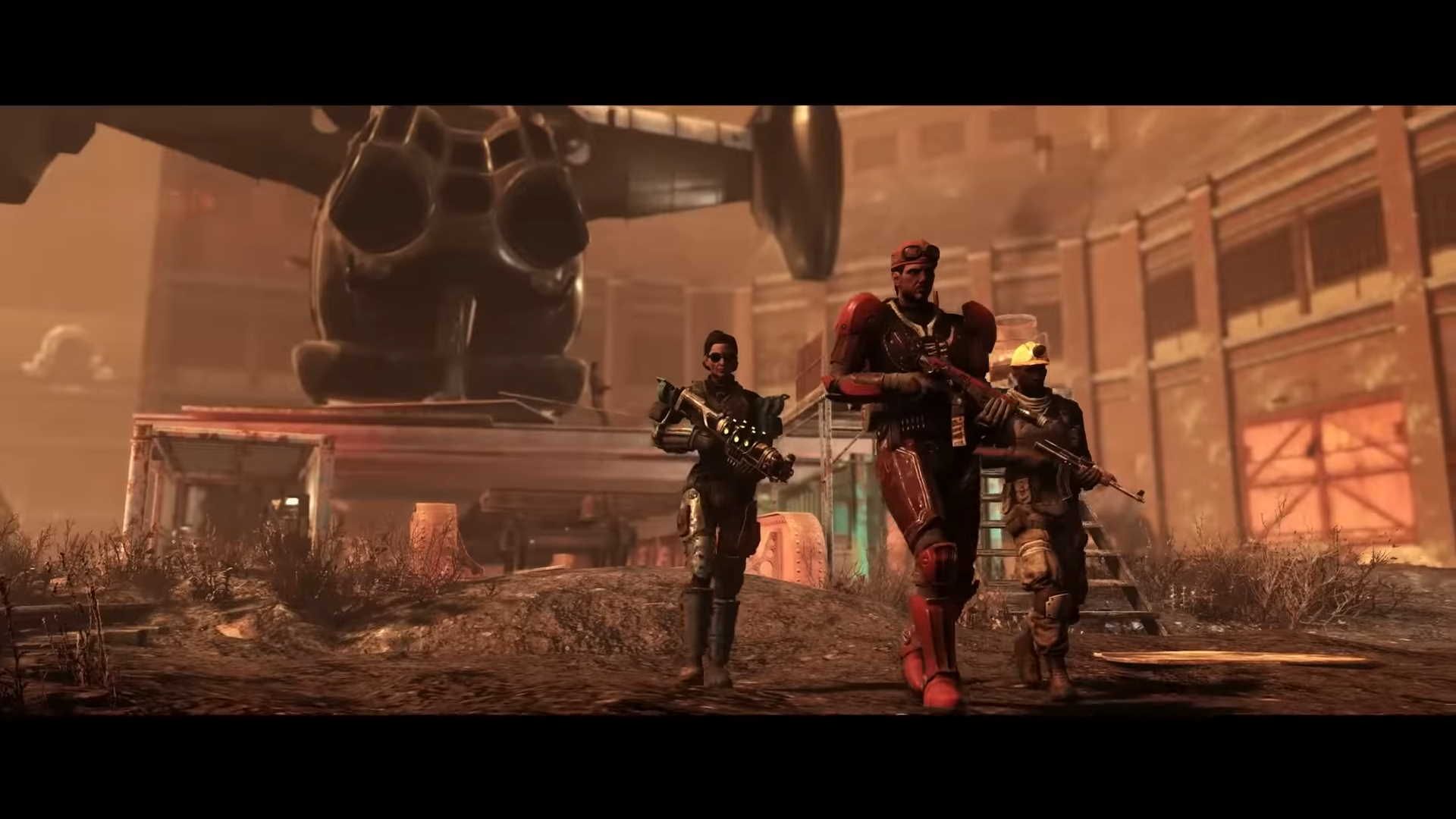 MMORPG: What makes The Pitt as a location unique to Fallout 76?

As I mentioned earlier, The Pitt locations offer a sharp contrast to Appalachia. The Pitt portrays the more catastrophic horrors of a post-apocalyptic world ravaged by nuclear bombs.  Appalachia was mostly spared from this wrath. This contrast creates a sense of wonder and curiosity. The second you arrive, you cannot help but ask, “What happened here and how can anyone survive in this hellish place?” The Pitt is an extreme environment to survive in, and because of that, it brings out some extreme actions in the people that live there, both good and bad. On the good extreme, we have The Union, who really want to revitalize The Pitt and try to go back to its roots as a major industrial center to aid in rebuilding society. On the other extreme, we have The Fanatics. They just want The Pitt and its resources for their own gain. The Fanatics have no value on the lives of others, or even their own. While they look and sound like people – they are monsters underneath it all.

MMORPG: What new elements can players expect from The Pitt?

The Pitt in conjunction with our latest Season features new rewards for players to unlock and use. The fan favorite Auto-ax makes a return in this update. We anticipate it will be just as popular in 76 as it was in Fallout 3. In addition, we have an entire new suit of Power Armor built by the workers in The Union.  The Union Power Armor offers increased carry capacity as well as improved resistance to poison damage on top of its normal Damage, Energy and Radiation Ratings.

Furthermore, we have an entire new Season in this Update, titled: Red Rocket Presents: The City of Steel. This new Season offers up a plethora of new and fun rewards for players. One fun change we have made, is you can unlock the new Union Power Armor plans and Auto-ax plans on the Season board. There are also some really cool skins for these items on the board as well. If you want to trick these out with mods, you will need play Expedition Missions to get a shot at earning the Mod Plans at the end of a Mission. For builders out there, pay close attention to Rank 50 which unlocks a super cool C.A.M.P. structure called, The Pittsburgh Palace.

MMORPG: Since Expeditions are meant to be taken on by a small team, how do these differ from the current Daily Ops that players are currently familiar with?

Expeditions support teams and solo players. Each mission feels more like the finale to an Epic questline than it does Daily Ops. Players can take their time to complete the Mission objectives and explore the areas, there are no time limits on Primary Mission objectives.  Speaking of exploration, Missions also include optional, secondary objectives players can choose to do that require additional exploration to find things that certain NPCs are looking for.  Like Quests, players can log out and come back to continue their previously saved checkpoint progress.

We have made sure to better support teammates in Missions similar to our Public Events. For example, any member of a team can progress Mission objectives – and if an objective requires players to locate and find things, it is tracked for the team, not individually. This makes it easier for players to each other out and complete the mission as a team. 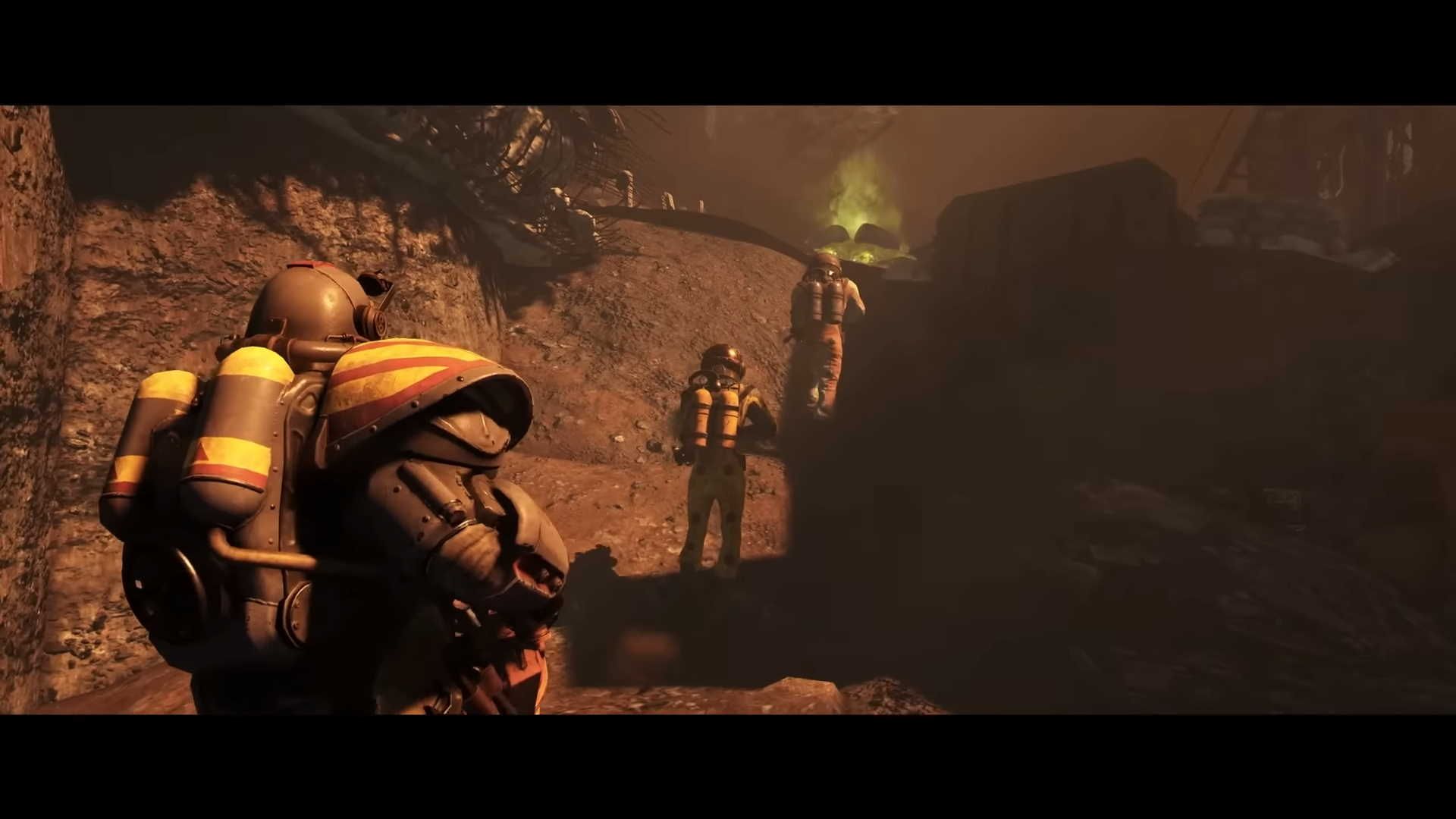 MMORPG: Will this be the F76 version of a raid, or is there more to it?

As I mentioned earlier – these are replayable Missions that support 1 to 4 players that we wanted to feel like one of our finale quests at the end of an epic questline. Anyone can play them, but we strongly recommend characters be level 50 or higher.

MMORPG: Stamps are a new currency, and at this point, earning new currencies are very familiar to players. These Stamps can be used to buy very unique mods and plans. Can we expect new items to be added to the Stamp vendor periodically, or will new items only be added when new expeditions arrive?

We have plans to continue to add more items to the vendors over time. This is not a static reward pool. Expect it to grow and evolve with future Updates, even ones without Expeditions.

MMORPG: How many Expedition missions will be available in The Pitt, and will more be added in time?

We are launching with 2 Missions. Each Mission has a set of 3 random objectives that are randomly chosen each time you play it. So there are a lot of different combinations that players will encounter with each Mission.

We have a lot of plans for how we want to expand Expeditions. Obviously, the most exciting part of the feature is the ability to add completely new locations. Of course, the structure of Expeditions also makes it straight forward for us to add new Missions to an existing location. So, both options are on the table for future content releases.  That said, I am not quite ready to talk about what our specific plans are for future Expedition updates.

MMORPG: Will Expeditions come to other areas within Appalachia in Fallout 76, or will they be exclusive to new expansions?

Expeditions all take place outside of our world map of Appalachia. Yes, you should expect more of them in future Updates.

MMORPG: Is it possible that Expeditions may eventually allow players to revisit other iconic Fallout locales?

That is what makes Expeditions so exciting! We can go to new places as well as go back to locations previously seen in other Fallout titles. We think both are fun and interesting options to explore with the feature. I look forward to sharing more on future Expeditions at a later date.