With Diablo II: Resurrected launching this week on September 23rd, I had the opportunity to participate in a group interview with Michael Bukowski, Project Lead, and Robert Gallerani, Studio Design Director. We covered a lot of ground, stretching from the team's mindset going into updating Diablo II through to any plans for D2R in the future. There might be no bombshells about development, but it was a good conversation that had some surprising turns to it.

Considering that Diablo III is a game that pretty clearly leads the player through everything, and players have to beat the story on normal mode, which for the most part isn't very challenging in general, while Diablo II is very much not that. Even the little I played, made it clear Diablo II doesn't hold your hand at all and is a very different game than D3 was. With that in mind, I have been very curious about how the team went about balancing the needs of old fans, who ostensibly want an experience as close to the original experience as possible; and Diablo III players who might be put off by not always knowing what they needed to do or some of the harder difficulty early in the game.

Gallerani had a very clear answer to this: "The first thing we had to do was we're preserving this game. So, we're bringing the game people remember into this era. What we're not doing is iterating on the franchise." He also pointed out that they considered what players remembered as well, because what you remember isn't always exactly what was there; even so, the memory of the experience is an integral part of the equation. They tried to consider if they were going to make any changes how that might affect the experience of D2R. For example, going in and making the bosses easier than they were wasn't an option because that would fundamentally change how the game felt to play. However, going into your friends list and inviting someone to your game is something they could add that doesn't change what Diablo II was.

He also went on to clarify that in areas where they decided to make a change that they weren't sure if it would have a significant impact on the experience of playing Diablo II or not, they decided to let the players decide for themselves if they had that change active or not. One prominent example is the auto gold pickup, which, not having to run around picking up all your gold from mobs does change a bit of a gameplay aspect. After all, it removes the danger of not paying attention enough and missing some gold you might need. However, having it is also a huge quality of life bonus, and I prefer having it on than off. However, the team felt some players might not like this, so they gave the option to have it on or off. Allowing this level of choice with players seems like it will probably be a great decision in the long run. They were especially considering that so many modern games of this type allow a lot of player control in the settings menu, so allowing these options does bring D2R more into a current game level.

Along with the discussion of changes that should be made and which shouldn't, Bukowski brought up the way they approached things when they started working on console support. Having everything work exactly as it does on PC would make for a poor console experience, so they quickly zeroed in on adding action buttons for consoles but didn't add them for PC to preserve the PC experience. Gallerani also piped up to say that initially, on consoles, they thought they would have inventory be a list similar to D3 on console, but that became an issue because, with cross-play, the computer wouldn't know where to put stuff when you went back to PC. Additionally, not having the gameplay of deciding where in your inventory you wanted things did feel like it took something away from D2R.

When it came to updating the graphics, Bukowski pointed out that the best way to create the best end product that was most true to the original was to build a new graphics engine. He also mentioned they used a lot of original concept art to make sure they held to the original vision for D2. He also pointed out that they added more lighting at one point but quickly discovered that it caused too much of an impact on gameplay. To which Gellerani added, "We never wanted you to have more or less information, by toggling graphics. And so, lighting was a huge deal because the game is dark… when we first actually did stuff, my wooden club fell in the forest of mud, and it's dark out; I couldn't see it. And you're like, well yea 'cause it's a wooden club in the mud." Essentially, adding more lighting made some aspects of D2 too easy and took away some of the exploration aspect.

There was also some discussion about how the team approached deciding what bugs they fixed and which ones they left alone. Again, the basic rule of preserving the original experience of the players was the guideline. Still, there were specific bugs that allowed for things like item duping that they felt they had to fix because those bugs changed Diablo II's experience. Gallerani also gave an example of the "next hit always misses" bug, which players might think they fixed but they didn't really. What was causing this bug in the old game was a desync between what the client said was happening and what the server would say was happening. Now the client and server will be more in sync, so players might perceive something as changed, but there hasn't been a change in how things work. 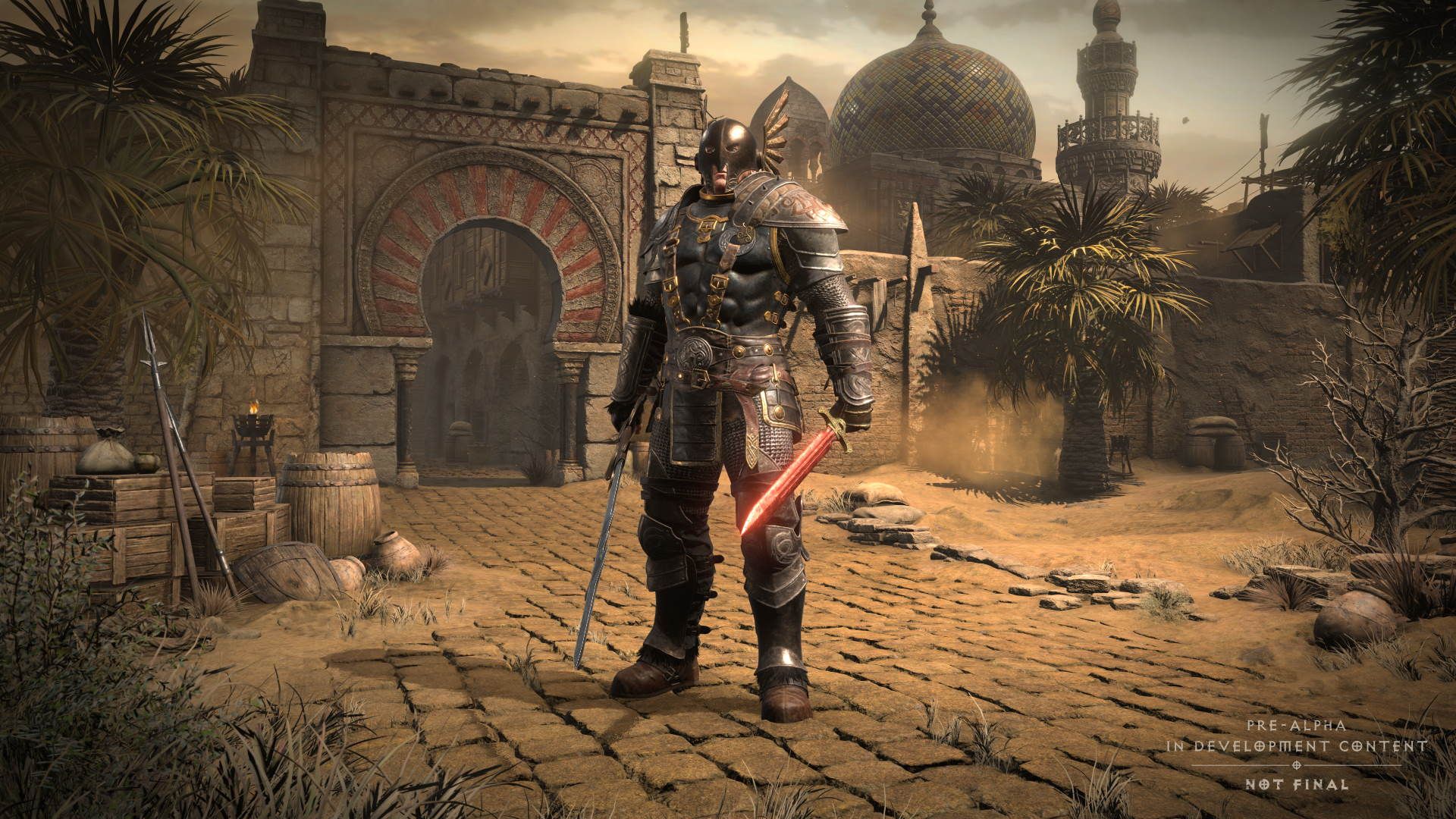 When questions came up about if they have anything planned for the future in Diablo II: Resurrected, both Gallerani and Bukowski were adamant that their first goal is making sure the launch experience and the core game is solid before they start looking at the potential of adding new items or enemies in the future. They did leave the door open on this, though, so it might be something we see down the road. I was disappointed with their response when asked why they decided not to make D2:R available on Mac as Diablo II was. Again, they responded about wanting to make sure the foundation was strong first, but that rang a bit hollow to me, considering they did take the time to develop for consoles when D2 wasn't originally on those. If I had to guess, I'd say the powers that be felt very strongly about console support but didn't care about Mac support.

I'm looking forward to the launch of Diablo II: Resurrected on September 23rd, especially since this will be my first chance to get to experience it fully. Having played Diablo and Diablo III, the gap in the middle is a bit weird for me. Anyone who needs a refresher of the story in Diablo and everything leading up to Diablo II Blizzard posted a brief recap last week.