As most of the community had suspected, the next major content patch for World of Warcraft: Shadowlands was announced during the opening ceremonies of BlizConline. After we also got a more in-depth look at some of what would be coming in the Chains of Domination update, I had the opportunity to participate in an interview with WoW Game Director Ion Hazzikostas and Art Director Ely Cannon. We had time to discuss Korthia, why Anduin isn't Arthas 2.0, Torghast, and some of the other changes coming to Shadowlands.

In Chains of Domination, the new zone we'll be exploring is Korthia, an area that isn't normally part of the Maw and the Shadowlands, but the Jailer has managed to pull it through the veil into his realm. We get a glimpse of it at the end of the latest cinematic, which announced this update. I was curious if, in this new area, we'd be working with each Covenant individually with their own bases of operation or if all the covenants would come together as one. Cannon responded to this question to clarify that the Covenants would, in fact, be working together from one base of operations to really push back on the Jailer's influence in the Maw. He also specifically mentioned the reason we'll be able to use our mounts in the Maw is a direct result of the Covenants' presence and fighting back.

Another aspect of Korthia Hazzikostas spoke about is that it should fill a role similar to Nazjatar in BfA. In essence, that's where we will be spending most of our time and our adventures there, will be more narratively driven and less focused on short stints in and out of the Maw. After all, at this point, the Jailer knows we are there, and the other covenants have bolstered us, so we'll be in a better position to spend more time there. Additionally, there will be new Renown levels unlocked with the Chains of Domination update and new quests in Korthia to earn these new levels as well. This bit was significant to me because I was concerned about feeling torn between keeping up with my Covenant and doing all the new things in Korthia.

The parallels between Anduin and Arthas' stories are apparent for anyone who has even the briefest knowledge of both characters. Both are blond-haired, blue-eyed, destined to be kings, and both were paragons of the light. Hazzikostas pointed out that "this a case of us making a few nods to the past, to the origins of, you know, of course, one of the greatest stories of Warcraft history, but that's where the parallels end." He then pointed out that Anduin didn't choose this; he didn't decide to take up this mantle and do these things. He's a tool and not an accomplice, whereas Arthas decided to take up the helm and sword. The parallels are important, but so are the differences.

"There's certainly no grand war between the light and the void that's planned as part of the Chains of Domination update," Hazzikostas declared as we discussed more of the lore we might be expecting to see. Which, of course, doesn't mean a war between the light and void might not be a topic for a future expansion. He also indicated we would be learning more about who made the Shadowlands, where it came from, and who made the covenant leaders, who are essentially a pantheon of death in parallel to the titans. All of those things may reveal more about the greater workings of the World of Warcraft universe. He also stated that "there are certainly seeds that we will be planting in the coming months that may not bear fruit, until years from now. But they are there if you look for them." 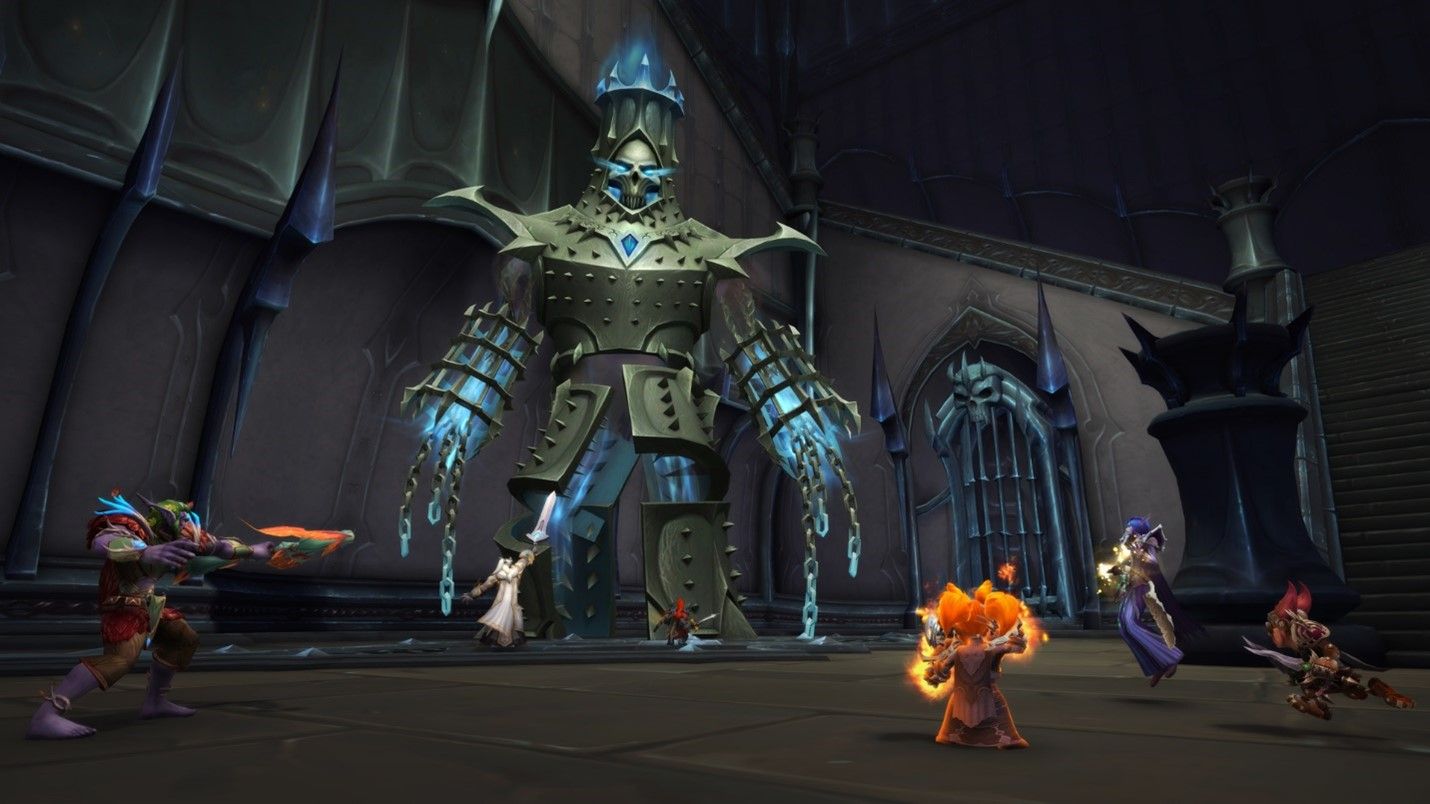 Torghast has been a bit of a mixed bag so far in Shadowlands, where some aspects of it can be fun and challenging, or sometimes a bit overly punishing. During the interview, Hazzikostas mentioned that in addition to adding the new wing mentioned in the Shadowlands Update panel, they are also looking at the underlying systems of Torghast to see if they can make improvements there. Specifically, regarding how failing a run feels, where after spending 45 minutes or more working on a layer, a player can leave with nothing to show for their time. One option he mentioned is in Chains of Domination, they are considering removing the death counter. One reason for this change is because at that point, we'll be killing the Tarragrue in the raid, so it doesn't make as much sense for him to kick players out of Torghast. Another idea is handing out rewards more often so that outside of failing on the first-floor, players aren't leaving empty-handed.

We also talked briefly about the Twisting Corridors' difficulty curve and if they are going to be reevaluating the difficulty or the way each floor increases in difficulty in a TC run. Hazzikostas addressed this to say they are generally good with TC being harder content because it is a one-time challenge for all cosmetic rewards. It's something players can come back to with better gear or decide to make different power choices if they are struggling. However, they are looking at it on a  spec by spec basis, looking at power pick rates, and what powers tend to correlate to successful ventures. They will continue to tune these things, so players have a fair shot at completing it. 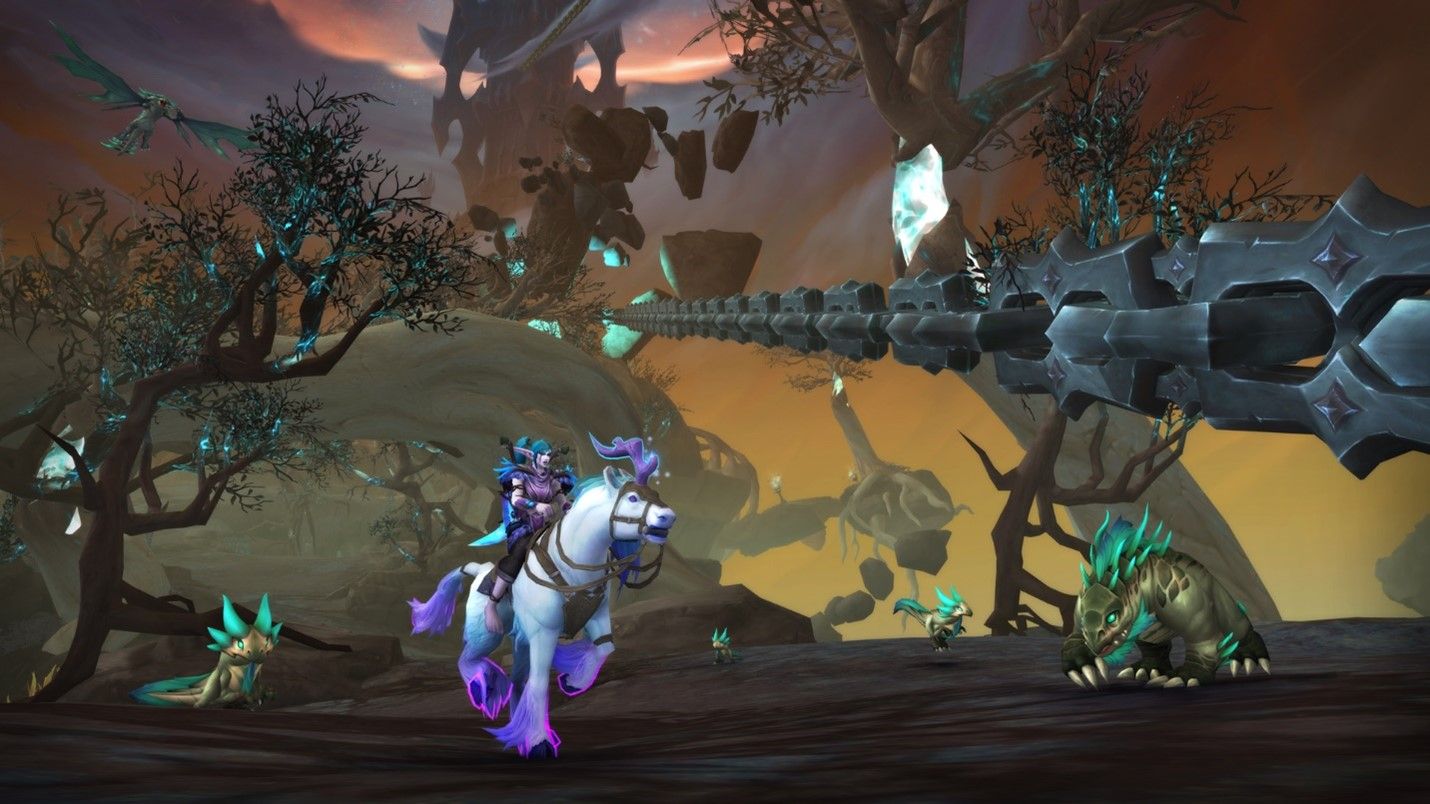 Hazzikostas also spent some time talking about the new valor point system coming in 9.0.5 and why they didn't want to wait until 9.1 to implement this change. He said, "we thought there was a very real and urgent problem that we didn't want to wait until chains of domination to address. Which is to say, mythic keystone focused players pretty quickly getting to a point where the loot they were getting from a chest at the end of every single run was just completely irrelevant, and loot's not supposed to be irrelevant; you're supposed to open a treasure chest and be excited about what might lie within, so we wanted to fix that asap." He also went on to explain that they have plans to help raiders as well in 9.1 and that we might even find ways to "tinker with the very power of domination itself" as we get unique armor pieces from the raid. He wasn't ready to give more information on this yet, but it does sound hopeful.

I recently wrote about how leatherworking in Shadowlands has been a bit rough for me, so I also took the opportunity to ask if they have any plans to help ease that pain point. Hazzikostas responded that valor won't just be available from mythic dungeons but will also be available from emissaries. The valor vendor will sell a range of items, including the heavy callous hides, which have been such an intense pain point with crafting legendary vessels. He went on to explain that "leatherworking is actually our toughest profession to balance, because whereas mining, herbalism, and there's cloth in general you get from everything; there's such a wide gap between the amount of leather you might get just casually playing and picking up where you can get it and what you get if you were doing nothing but going to a camp of mobs that has wildlife and spending all your time gathering it." He also acknowledged that they feel like they have missed the mark on leatherworking, and bringing that more in line with other professions is a priority. 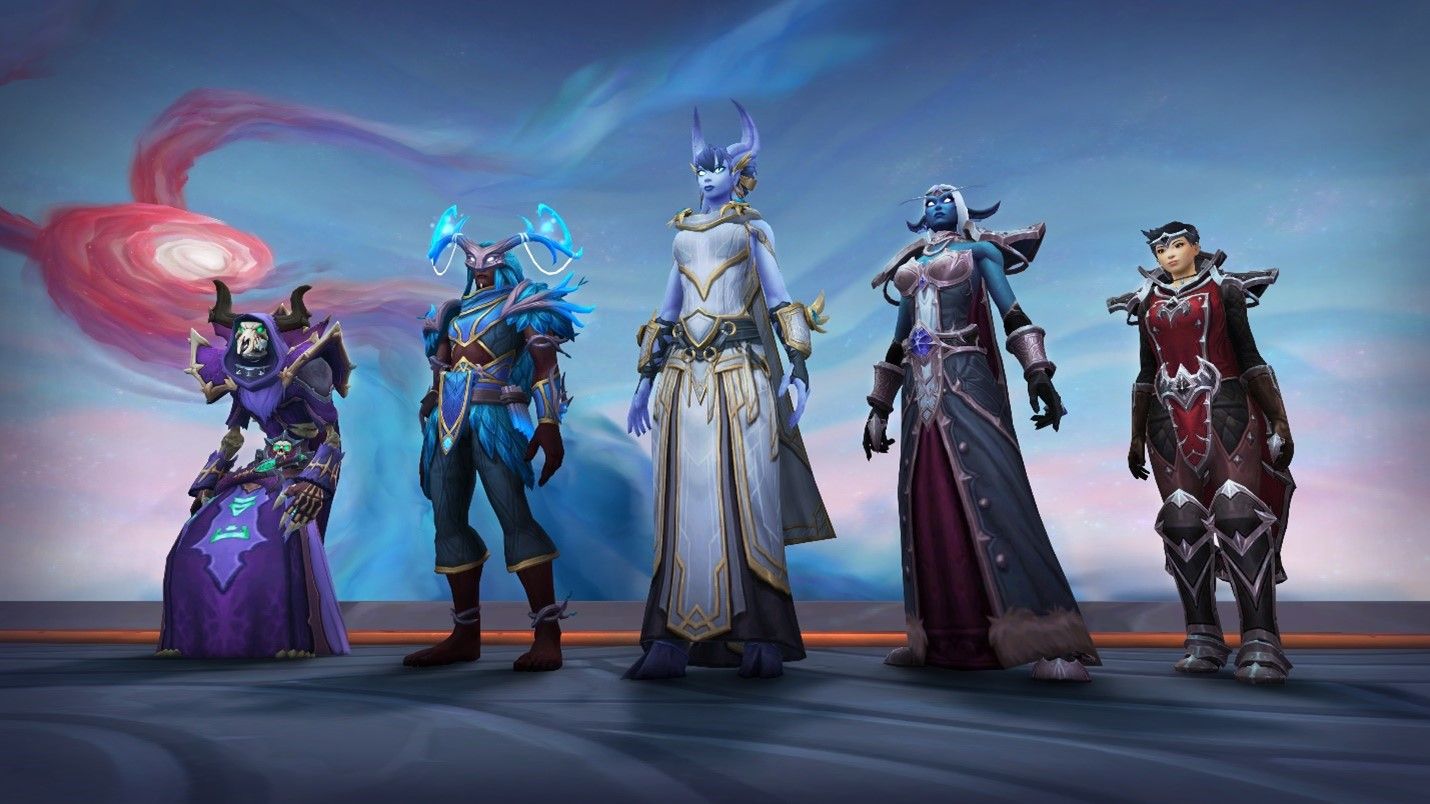 We covered a lot of ground in the interview, and obviously, there were still tons of topics we didn't quite get to. It will be interesting to see how Chains of Domination looks when it lands on the PTR and how it develops before it goes live. Is there anything you are particularly excited or concerned about in regards to the next major update to Shadowlands?