This week on August 6th NeoWiz and Round8 Studio are launching the MMO Bless Unleashed on PC after multiple beta tests. Originally a console release on Xbox and then PlayStation, Bless Unleashed PC is now ready for Steam launch complete with all the enhancements and improvements made to the MMO to fit more aptly on a PC platform. We had a chance to sit down with the development team behind the MMO to get some insights into the development behind this PC version of the “Bless IP”!

MMORPG: Can you guys add any clarity to the relationship between what we had known as “Bless Online” versus what is now “Bless Unleashed”? I think a lot of people think they are essentially the same game.

Round8: Bless Online and Bless Unleashed are completely different games with different developers and teams, with the only thing they share in common being the IP. Bless Unleashed only inherits the world view of Bless.

MMORPG: Bless Unleashed was originally released on consoles, why is that? Was there initially ever any intention to port it to PC as well? What made the PC version a reality?

Round8: Bless Unleashed was always intended as a completely new take on the Bless IP - originally designed for western audiences, on a better engine, with combat that took advantage of the unique benefits of console games. When it was received by XBOX players well, we decided that it would be worthwhile to port it not only to the PlayStation, but to PC as well - even knowing that the latter would require much more work on our part.

MMORPG: With so many good and prospering MMOs on PC currently what do you guys think Bless Unleashed PC has or does that will help it succeed in a competitive market?

Round8: We believe Bless Unleashed is the only MMORPG where users can feel the stand-alone action sense among multiplayer games. One of the unique features of the game is the vast field full of powerful Field Monsters where users can experience heavy combat along with exciting tension. In addition, the various items, options, and skill systems that support them are also solid, so users can hopefully enjoy a one-of-a-kind experience.

MMORPG: How did development on the PC version start? Did the development team just do a straight migration of console code and assets?

Round8: It’s far more complex than that - when we decided we wanted to bring it to the PC, we knew we couldn’t just port over the game and expect players to treat it like the XBOX or PlayStation versions. UI, controls, chat… it all had to be adjusted. This isn’t a complete re-imagining of the console game, but we put a TON of work into most aspects of the title to make sure it’s fit for PC users. In fact, a lot of our changes for the PC version will make their way to the console versions as well. 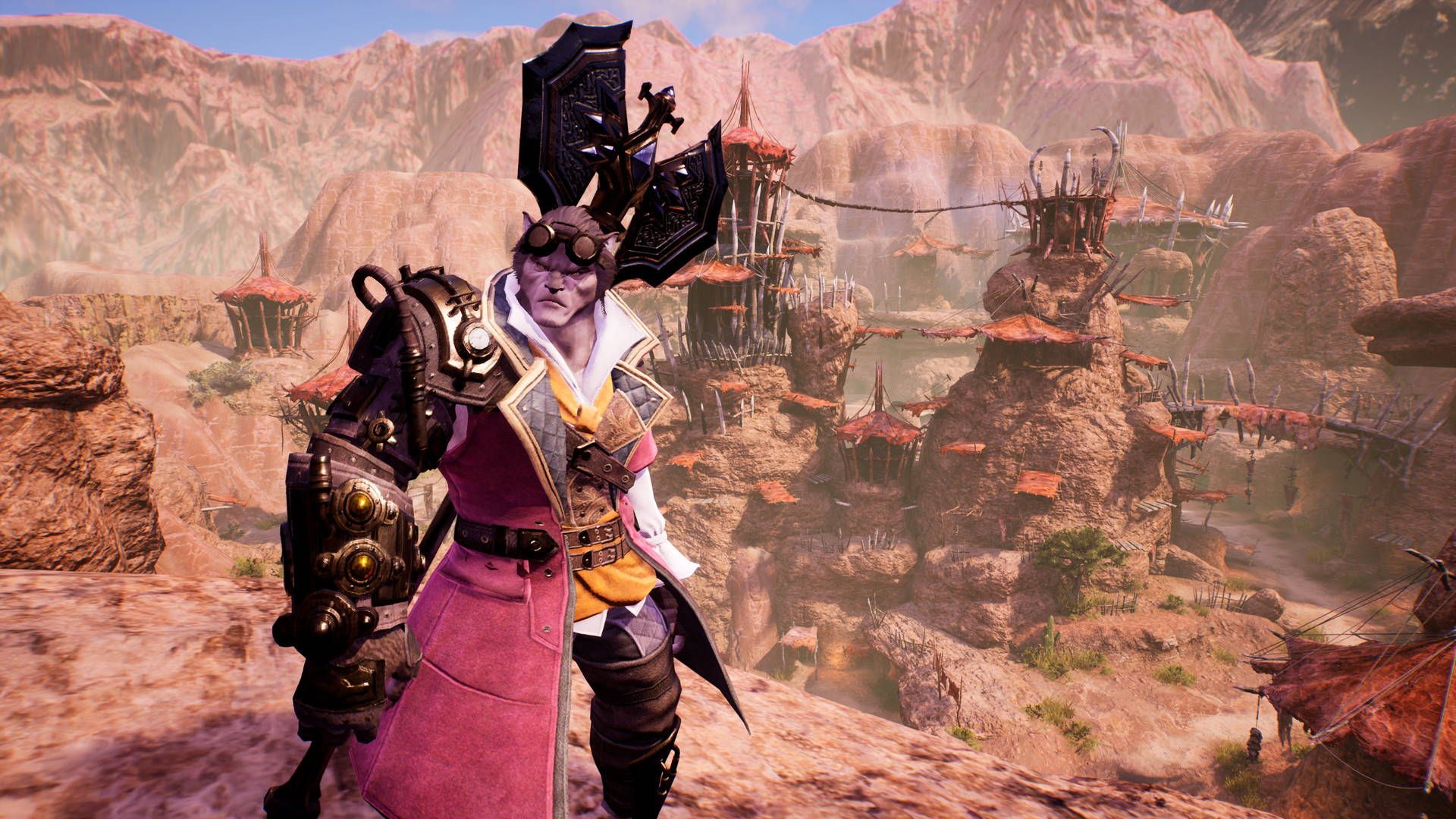 MMORPG: It seems early on during the closed beta tests the PC UI received a lot of negative player feedback. Were these things the team knew might have to change or were you caught off guard?

Round8: Because Bless Unleashed was originally developed based on the console platform, we did expect feedback regarding the UI during our previous PC CBTs [Closed Beta Tests]. One of the main goals of our CBTs was to receive these direct user feedback and improve the game upon it, rather than working on the UI based on our sole thoughts. Therefore, as many users are aware, we have improved the UI immensely based on the feedback provided, and we are confident that users will enjoy the upgraded UI in time for our official launch!

MMORPG: Content-wise will the PC version be at the same feature level as the console versions on August 6th (launch day)?

Round8: The development of PC and console updates will proceed in the same way as possible. However, as mentioned in the question, the PC platform update may be slightly faster, and minor differences may occur. As for PC release, new content not yet released on console will be shown first, but these contents will soon be followed on console in the same month.

MMORPG: The team has recently restated there will be no cross-platform play support. Is the team confident that the current console player bases will continue to flourish?

Round8: It’s beyond our control, at least for now. We will just focus on making a good game, and updating all 3 platforms, and hope the players will stick with us or come back when they have something new, they want to experience in Bless Unleashed.

MMORPG: How will future content development between the platforms proceed? For example, other developers tend to put new content out first on their PC platform and console versions seem to then follow several weeks after.

Round8: Like we mentioned above, the development of PC and console updates will proceed in the same way as possible. However, as mentioned in the question, the PC platform update may be slightly faster, and minor differences may occur. The reason is that for consoles, the patch policy is different for each platform, therefore the PC platform update may be a little quicker. But overall, contents will be updated in the same manner as possible. 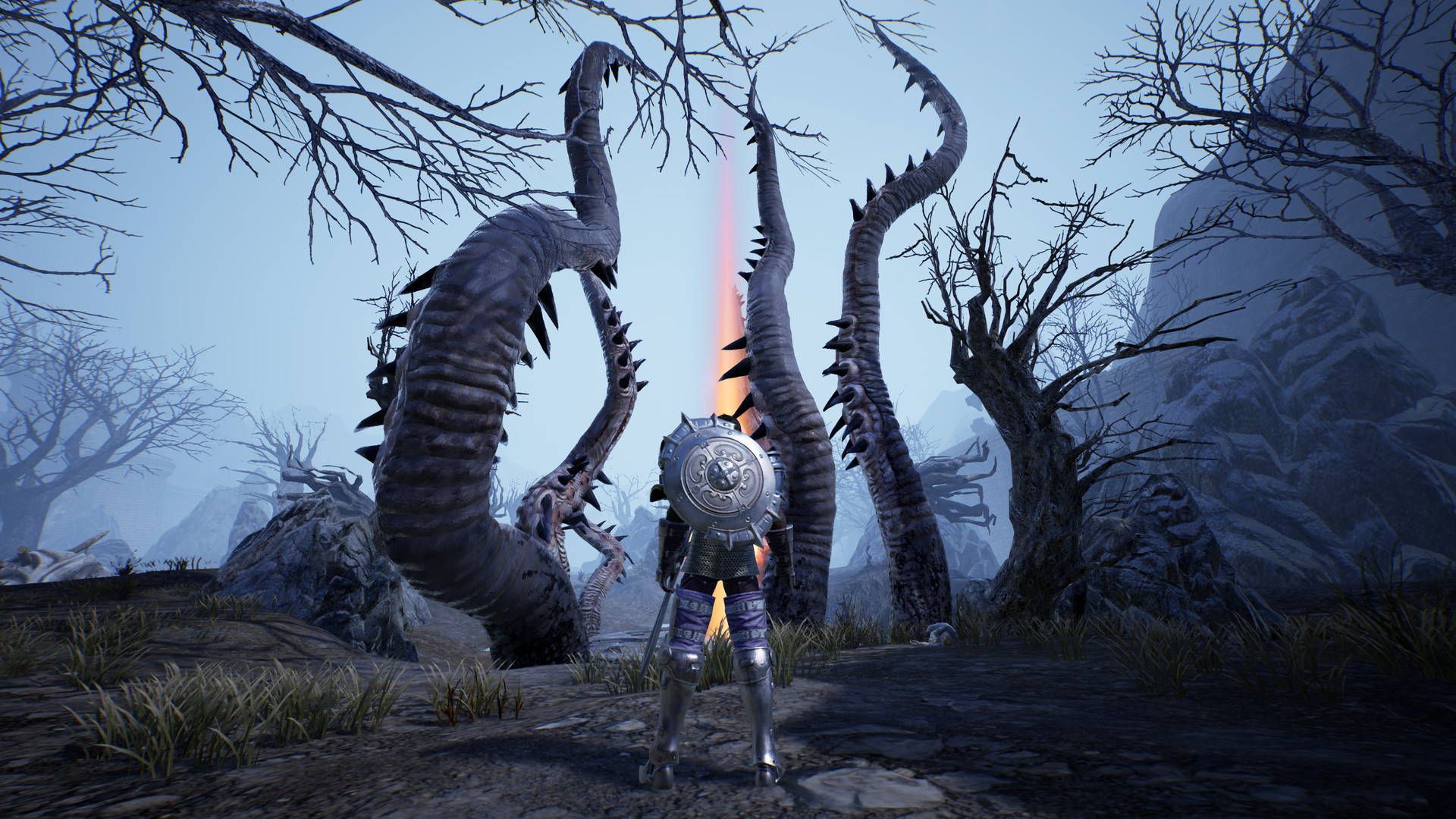 MMORPG: The console versions had Founder’s Packs and 15-day head starts. With three weeks left to official launch the PC version doesn’t seem to have any of this “yet”. Will a Founder’s Pack be available for pre-purchase? Or the typical “name reservations” even?

Round8: Founder's Pack will be available for purchase on the day of the Steam official launch. Note: Pre-Purchase/pre-order for the DLCs are not supported.

MMORPG: Has the team done anything out of the ordinary this time to ensure a smooth launch on August 6th?

Round8: As we have prepared for a considerable period of time with immense improvements through the diverse feedback given by our users, we are trying our best to revive the expectations of the users so they can play smoothly without any server issues when we launch.

MMORPG: After the Bless Unleashed PC launch what’s next in the future of the game? Is there an updated road map?

Round8: We are preparing various new content for the future of Bless Unleashed PC. To give you a few examples, we are working on Guild VS. Guild where guilds can compete with each other, a new class, and etc. An updated road map will be shared following the launch so please stay tuned.

Stay tuned as we’ll have a full review of Bless Unleashed PC with an attempt to highlight any noted comparisons between this version and its console brethren as well as Bless Online.

Editor's Note: We also asked Round8 a question about Bless Online eventually shutting down due, in part, to a diminishing player base and asked what promising things did NEOWIZ, Bandai Namco and Round 8 see in Bless Unleashed that inspired them to try again? Unfortunately, Round8 declined to answer.