If you haven’t heard of Blankos Block Party yet, I wouldn’t blame you. Thus far, this blockchain, free for all party has a lot going on, but has still largely flown under the radar. There are many ‘party’ style games out there, but in our interview with Senior Vice President of Business Development Rudy Koch, we talk about how Blankos Block Party easily sets itself apart from them, and it all starts from the ground up with technological advancements that will change the way we game – for the better.

MMORPG: For those that don’t know much about Blankos Block Party, could you explain some of the technological advancements the game will employ?

Rudy: Our first flagship title ‘Blankos Block Party’, which is planned for launch in early 2021, is an open-world multiplayer game set in a vibrant online community styled like a giant block party. Built on the proprietary Mythical engine, this first game transforms the relationship between game economies and players, brands, content creators and game developers, and showcases our vision of player-owned economies.

Currently, grey markets are all too common in our industry. While these grey markets entice players with the opportunity to find a highly-desired item, or a new-release game at a discount, they’re rife with fraud. Our engine provides technology that can legitimize these grey markets and turn them into safe secondary markets where players can buy and sell items for real money in trustable, trackable transactions (even off our platform), rather than being locked into our economy.

Thanks to this engine, and the blockchain technology powering it, we offer a greater level of ownership in Blankos Block Party than currently found in other games. In most games, when players make a purchase, they’re actually just licensing an item, and it’s fully tied to that game or publisher’s economy. But if a player buys a character or asset in-game on our marketplace, the sale is recorded on blockchain, providing a trackable token that can be verified on or off the platform even if the item itself is modified.

Blockchain technology offers greater freedom for players and creators; with transparent, verifiable transactions, we can not only quantify the number sold of a limited edition, but which number in the set someone has purchased. Beyond that, we can also track notable interactions that may raise the resale value of an item - how many races won, or whether it was used to participate in an exclusive event, or interacted with a famous Twitch streamer or celebrity. This technology provides additional levels of value to items players purchase, but also a way for them to define rarity and scarcity of items, which in turn drives a healthy secondary economy that is beneficial to both players and creators, something never before achieved in the gaming space. 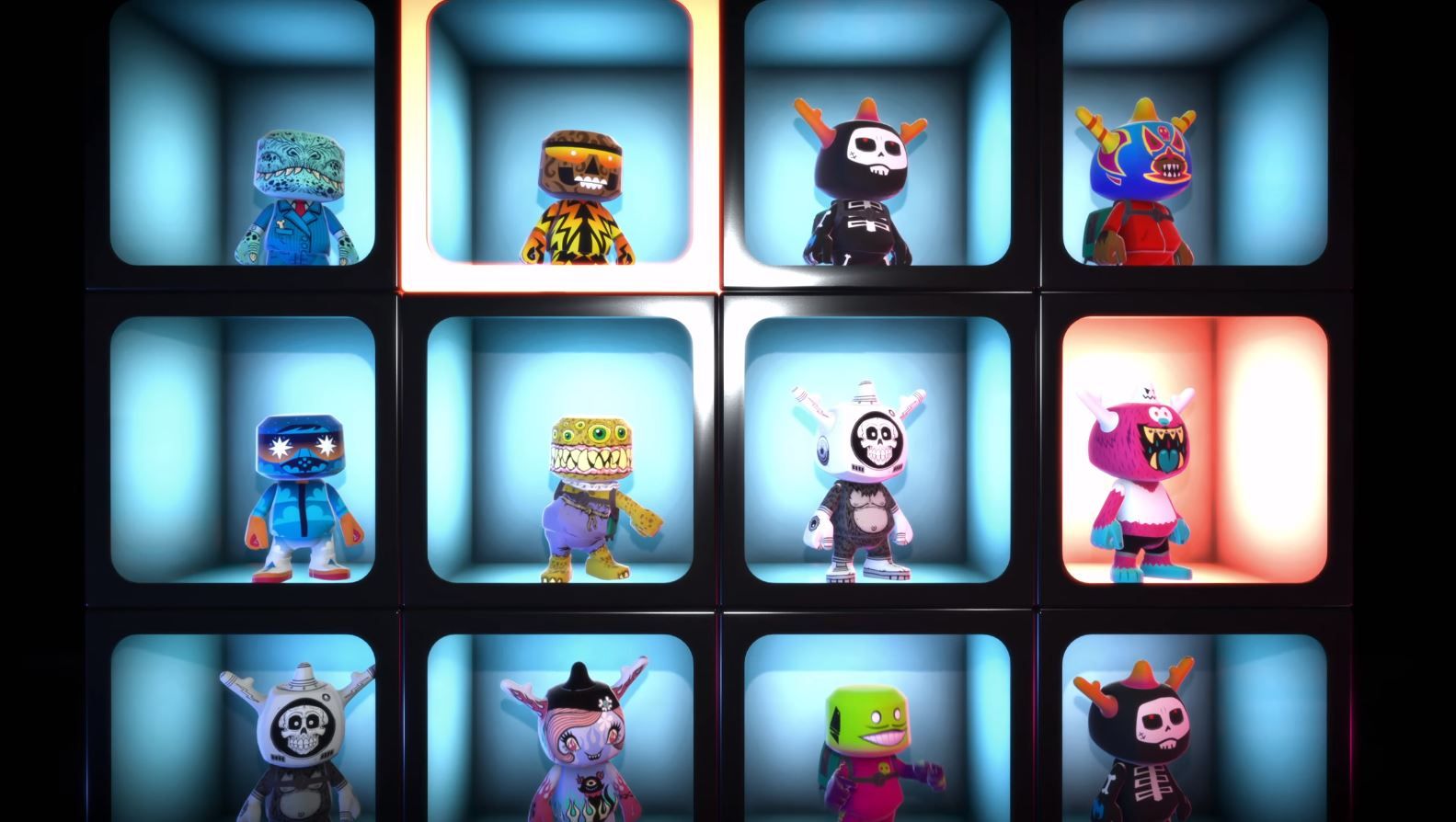 MMORPG: Blockchain is definitely getting more popular in many different industries, but can you explain why you decided to utilize it for Blankos Block Party?

Rudy: We are excited about paradigms surrounding non-fungible tokens (NFTs) and the tokenization for digital game assets. We love the idea of true ownership, verifiable scarcity, and community driven markets and economies.

For example, we could release an item in the game and put a limit of 1,000 on it. Once all 1,000 are sold out, it’s gone forever. Once they’re gone, the only way to get your hands on one would be to buy from another player who has one. It creates an interesting economy where players can own scarce items that have tremendous value to the community. We also expect enterprising players to figure out how to generate revenue, and potentially build businesses off game economies.

Every time players and content creators get involved in games, we see billion dollar submarkets quickly emerge. For example, players became streamers with Twitch and YouTube and that became a $6B submarket. Players became fans and pro players with eSports which quickly became a billion dollar submarket. Not only can you earn revenue as a player, but people are building big businesses within these submarkets, brands and sponsors are getting involved.

We believe the next big evolutionary step is to get players, content creators, and brands involved in the economy. Blockchain allows us to create some really interesting and unique game economies. We see a future where game economies are fun and inclusive.

MMORPG: Many gamers these days may not understand what blockchain is, or how it would conceivably change, or add, to their gaming experience, can you describe some situations where you see blockchains usefulness?

Rudy: Grey markets have existed in games for decades where players buy in-game items or accounts off each other. These types of grey markets have resulted in hundreds of millions of dollars in transactions per year for many popular games. But all of this is done outside of the game ecosystem where it’s pretty much the wild west.

What’s clear to us is, today’s players put a lot of value in digital game items, and they want the kind of economy that gives them the freedom to buy and sell the items they acquire. We see blockchain as an evolutionary step that enables this type of economy to be designed into the game experience. With blockchain, we’re able to create inclusive and fun economies, while providing new revenue streams for games, content creators, brands, and developers. 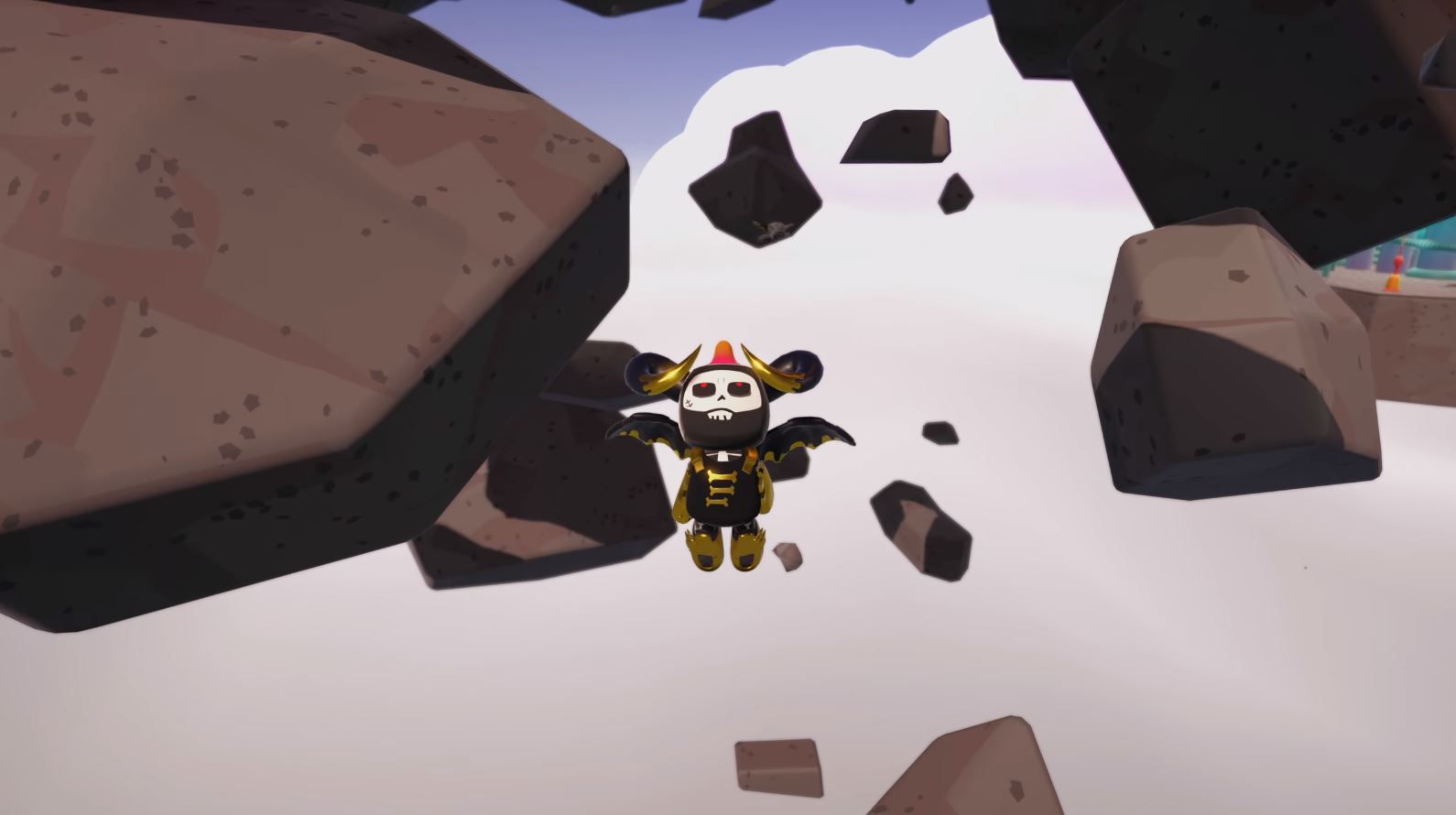 MMORPG: How far does ownership of your vinyl figures go? How do you see this being beneficial to gamers?

Rudy: Ownership is a fundamental part of our vision for the future of game economies; and it plays out in a few ways.

The first way is the idea that because players own their inventory items, they have a choice to keep them and play with them, or sell them. Maybe you have an item that has gone up in value and you want to sell it for profit. Or maybe you have a bunch of items you don’t want anymore, now you can sell them for real money. We are bringing tangibility and value to the items you own. Digital game items can be just like your physical comic book collection.

The other way that ownership plays out is through the way blockchain tracks ownership history. With blockchain, we can see every owner an item has had as it gets sold and resold. You could end up owning an item that a well-known streamer used to own. This adds another dimension of value and collectibility.

Ultimately, we believe that players should be active participants in the game economy, and an important step towards that is allowing for ownership of digital items.

MMORPG: Are you able to sell Blankos for real money, or is there a potential in-game medium to cash out figures you no longer want for a proprietary or public cryptocurrency?

Rudy: Players will be able to sell Blankos and other in-game items for real money to other players. This is one of the big steps forward that Blockchain is enabling. The items you acquire in game are yours to own and sell as you choose. This gives players the flexibility to participate in the economics of the game and potentially earn revenue off the value they generate. 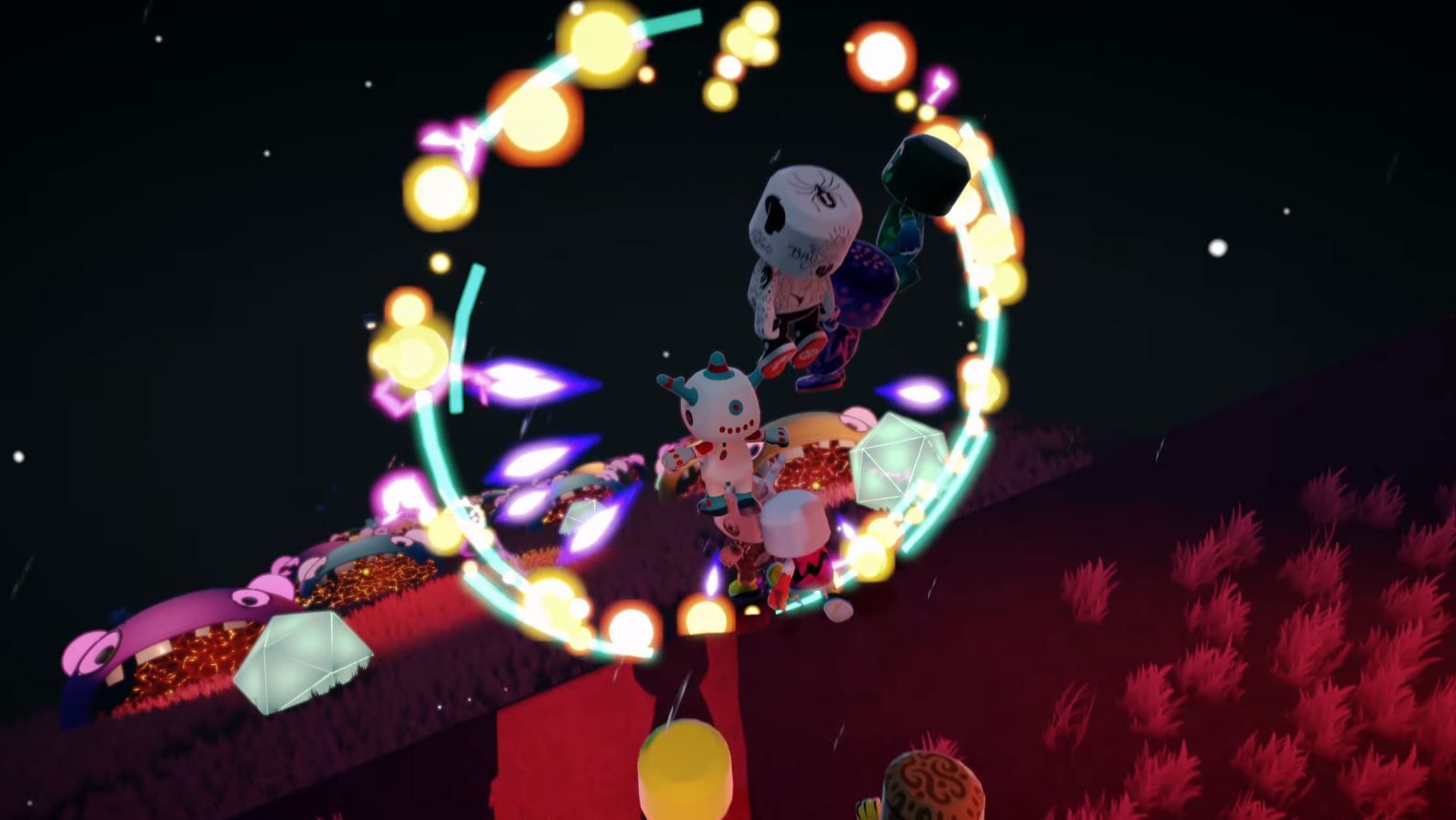 MMORPG: Customization of levels is a big part of the fun of BBP. What are the limitations in terms of what you can create, and the number of players that can join you in an event?

Rudy: The beauty of giving players tools to create levels is that they will come up with stuff that we never considered. Today’s gamers are used to open world games where they have incredible control over customizing their experiences. We wanted to tap into that, and let players bring their imaginations into the game. What we end up with is an endless stream of fresh content for players to explore.

The only limitations we put on it is to ensure that the tools are easy, accessible, and intuitive. There’s no coding involved, or anything complex. Setting up a level is as easy as dragging and dropping build blocks. For example, if you place a starting line and a finish line, the game knows you’re trying to create a racing level. You could scatter a bunch of weapons around the map, and the game knows you’re creating a shooter. Or you could put both those things on a single map and create a crazy race / shooter mash up. We want everyone to feel like they can jump in and create cool levels.

MMORPG: The new consoles are releasing just around the corner, currently Blankos is headed to beta as a PC game, but is there a chance Blankos is going to be released and/or optimized for those platforms? Do you see the potential and possibility of Blankos hitting the mobile space?

Rudy: We are definitely looking at other platforms beyond PC. Cross platform gaming is the norm and a great way to reach a wide audience. With that said, PC is first, but keep an eye out for more announcements soon.

Blankos Block Party is going into a private closed beta today. If you're interested in getting in early, you can purchase one of several founders packs to get in now.