Victrix, which is known for their high-end gaming peripherals, has announced during EVO 2022 this weekend two new additions to its line of fightsticks: a refresh to its already stellar Pro FS line, as well as a new contender: the Pro FS-12.

The refresh of the Victrix Pro FS sees new colors added to the mix, with a white or purple finish available. The new fightstick will also have a switch inside the cabinet to swap between PS5, PS4 and PC. It still has some of the best in class switches and joystick action, as well as being fully upgradeable. 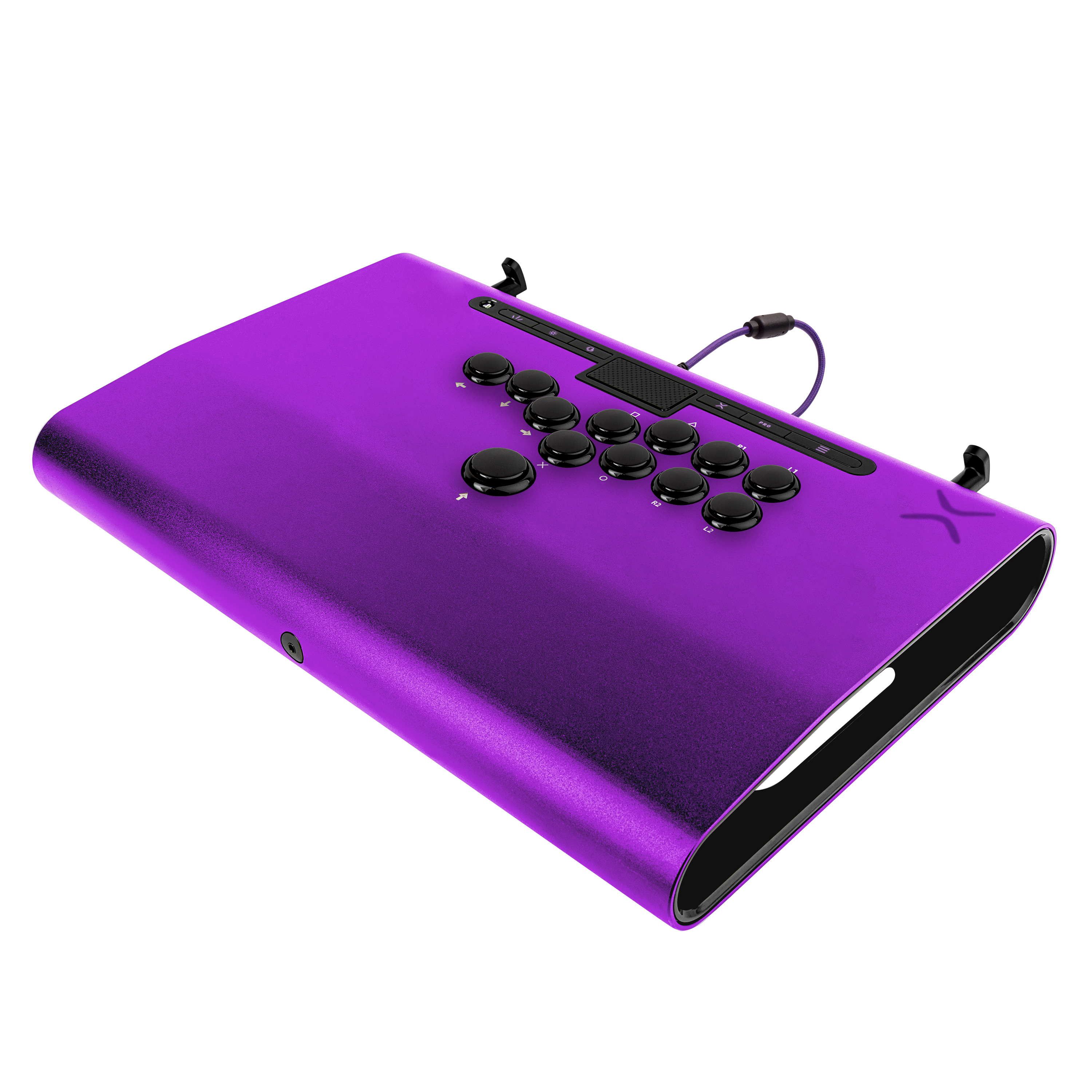 The Pro FS-12, however, is a bit different. Using the same chassis as the Pro-FS, instead of the stick + 8 button layout of a traditional arcade stick, the Pro FS-12 has, well, twelve buttons. The layout has been popular for years on other brands, such as HitBox, and has seen some widespread pro adoption (with Daigo "The Beast" Umehara being one major pro adopting the no-stick layout). The Pro FS-12 sees Victrix adopt this layout, putting it in the running with the competition as an option for those who are looking for a stick-less arcade cabinet.

The Victrix Pro FS and Pro FS-12 will both be available for purchase, with pre-orders available today at Evo and online, starting at $399.

Victrix is also working with Evo to present the top three finishers in each major game with a gold-finished Pro FS, engraved with the game logo they competed in, giving winners a unique prize in addition to their normal tournament winnings.