If you’ve bought a next-gen console, then you probably already know their Achille’s Heel: storage space. It doesn’t take long to fill either new console up, so the options are deleting games and re-downloading or investing in external storage. We opted for the latter to see how well an external NVMe SSD could work to solve the storage problem without sacrificing performance. To test this, we used the Crucial X8 (2TB). Is it worth buying an external SSD or is it better to wait for officially licensed drives?

Like many of you, I consider myself a PC gamer first and foremost, but still pick up the new consoles for exclusives. This year, I experienced a bit of FOMO and wound up picking up both the Xbox Series X and PlayStation 5. Thanks to backwards compatibility, I had no shortage of games to play on either console. I also managed to avoid a lot of the technical issues many other early adopters experienced. Life was good.

Until less than a month later, I received messages on both consoles that I had run out of storage. In my excitement to try my mix of launch titles and old favorites, I didn’t pay attention to the rapidly filling SSDs of both drives. I’m not alone in this experience. Thanks to programs like Games Pass and the backwards compatibility of each console, many gamers have found themselves deleting games already which isn’t what any of us want from a brand new console.

You see, even though each console has received massive upgrades from last-gen, one thing that hasn’t been upgraded is the capacity. That’s interesting, but not exactly surprising considering that both Microsoft and Sony have opted for PCI-e Gen 4 NVMe SSDs. We can’t say what the cost would be at the scale of those companies, but looking at the consumer level, while 1TB are becoming more affordable, 2TB drives still begin at $259 on Newegg, which would almost surely have driven the cost of consoles higher than their $499 asking price.

So, that leaves us, the gamers, looking for a solution in the form of external storage (or just deleting and re-downloading games). As it stands, we have many different options: external HDDs, external SATA SSDs, external NVME SSDs, and, in the case of Microsoft, its official 1TB Seagate Expansion Drive. I happened to have Crucial’s X8 external NVMe SSD available around the time my drives filled, as well as a WD My Passport portable HDD from a few years ago and decided to take each for a spin.

I’m not going to go in depth on the Crucial X8’s technical bonafides since my colleague Damien did such a good job in his review last November. Suffice it to say, though, that the drive is impressive with a very fast 1050MB/s transfer speed over USB 3.2. Unlike the internal drives on the new consoles, it runs on PCIe Gen 3, but since it’s an NVMe drive, it doubles the transfer rate of traditional SSDs, which made me curious how it would compare without the limitations of the PS4 and Xbox One X.

Take my advice: don’t use an external hard drive with your new console. One of the biggest benefits these consoles bring is reduced load times and the My Passport literally doubled the load time on any game I tried it on, including last generation games, on my Xbox Series X. Swapping over to the PS5, it more than doubled them on Spider Man and Borderlands 3. 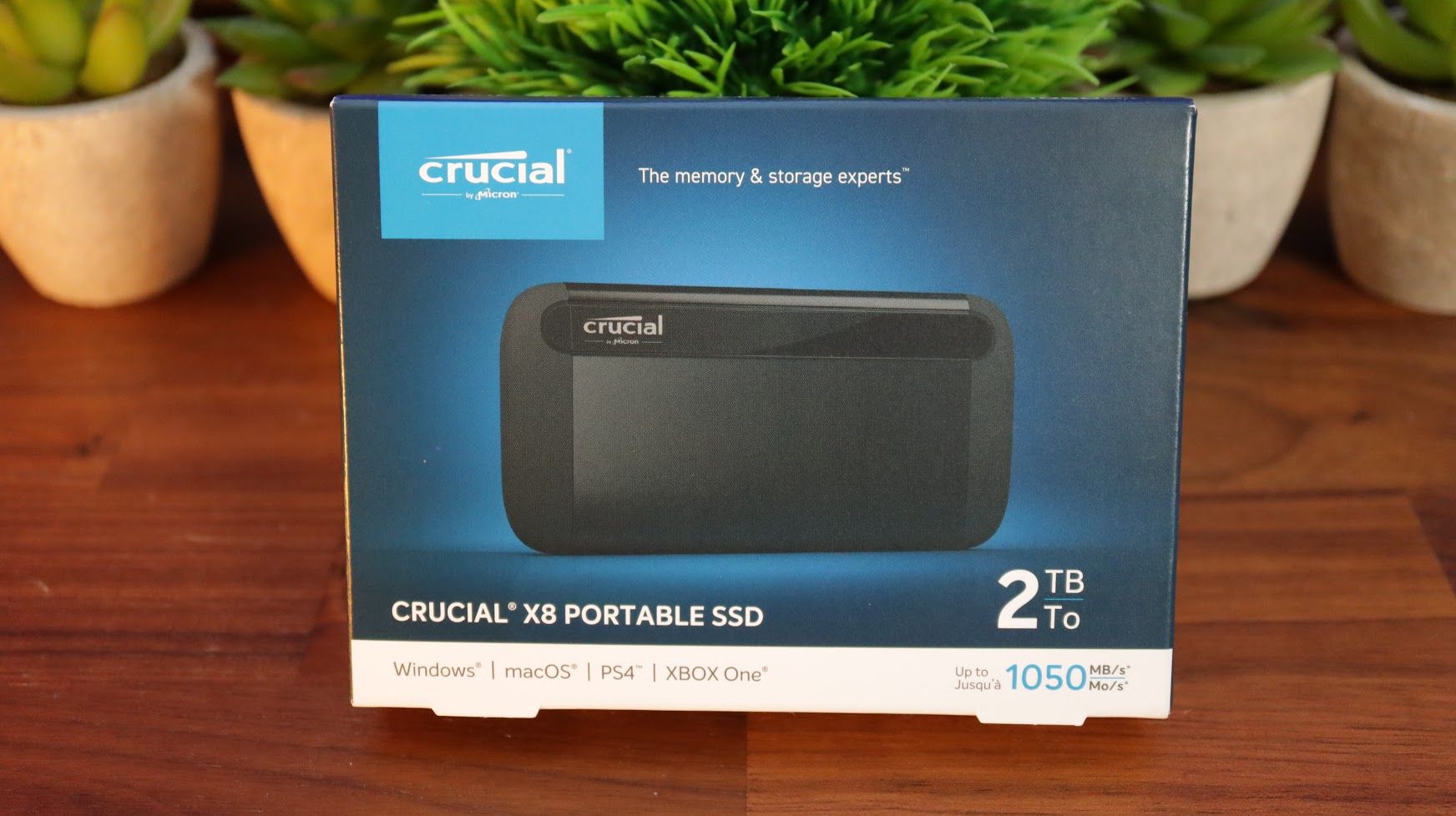 The Crucial X8, on the other hand, did remarkably well. I was surprised to find that it loaded games within 2-3 seconds of the internal drive, despite the fact that it uses PCIe Gen 3. Literally, every game I tried: Assassin’s Creed Valhalla and Dirt 5 were my Series X launch games. Load times were three seconds and two seconds longer respectively. Red Dead Redemption was three seconds. Forza 5 was two seconds.

Moving over to the Playstation 5, the situation was a little different. As of this writing, external drives can only be used to store and launch last generation games. Which, as an aside is both irritating and short-sighted for launch because the usable internal storage is less than 700GB. Anyhow, last generation games also loaded extremely similarly, though slightly slower in comparison to the internal drive than Xbox. Here, the difference peaked at 6 seconds with Spider Man (PS4).

Seeing this, I formatted my Samsung T5, a portable SATA SSD I had been using for video files. Even that drive compared well, even though it’s rated for a maximum transfer speed of 540 GB/s. It was definitely slower — peak difference was 9 seconds on Xbox and 12 seconds on PS5 — but these are still what I consider reasonable differences given how much less they cost than the only “official” external drive we have currently.

The Crucial X8 that I tested with was the 2TB version, which is enough to hold 20 games at 100 GB each, but given average game sizes game count will likely be closer to 35-40. That added space comes at a total cost of $329.99 (there’s the price bump I mentioned earlier) but a 1TB version is available for less than half at $159.99. Given the absolutely minor difference between the Seagate External Expansion Card which is a full $60 more, that’s not a bad deal. 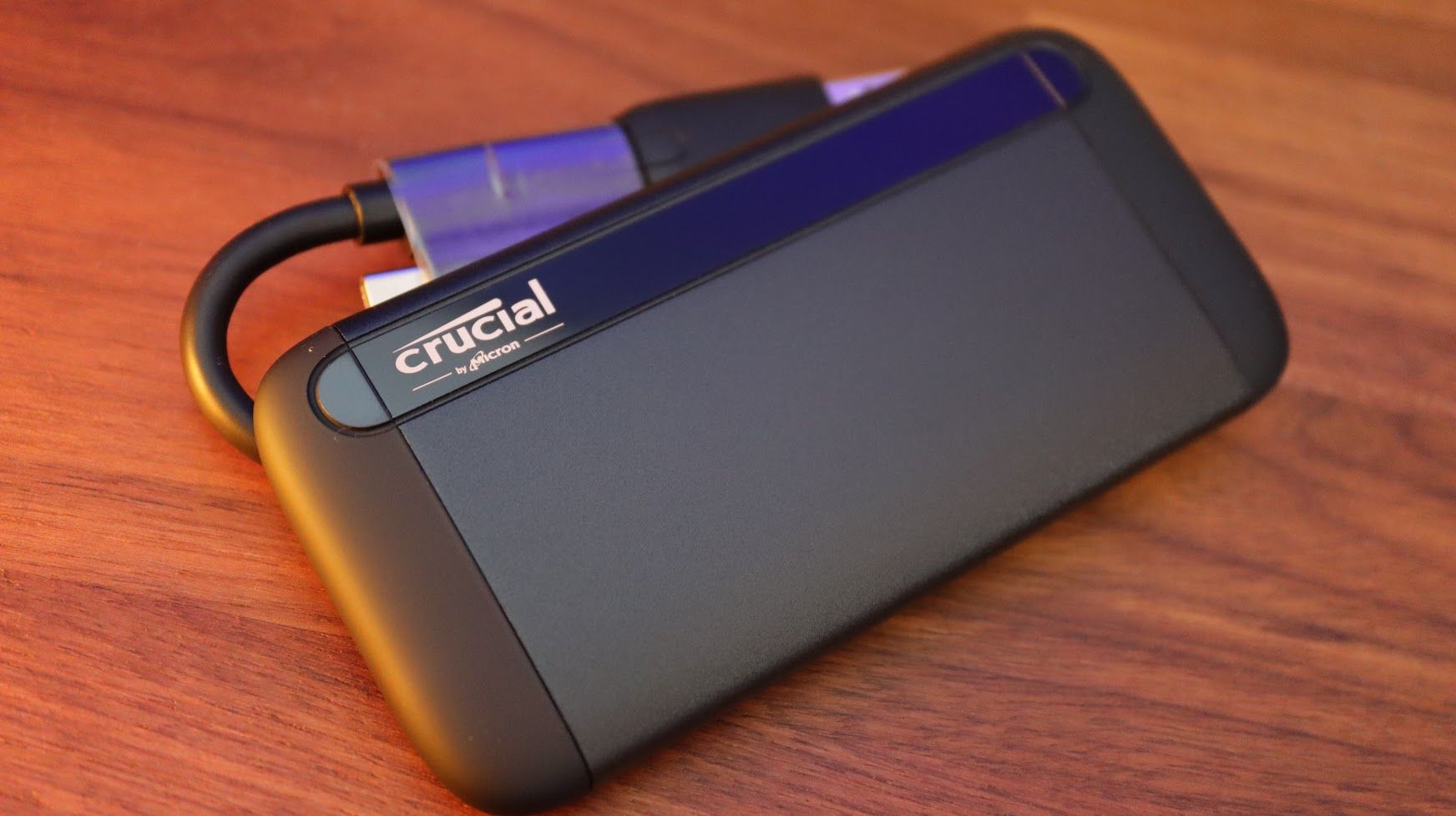 This was a less formal test than I traditionally do, but the big question I set out to ask was: is it worth buying official storage and that answer seems to be no. For the Xbox,definitely not, unless you want to pay $20 for each of three faster seconds. For the PS5, there still isn’t an official option, so I can’t really say, but given how it compared to the internal drive and the price precedent the Seagate sets, I would be surprised if it turned out to be worth spending a lot extra for.

The results I saw with the Crucial X8 aren’t going to be unique to that drive. Another external NVMe will perform similarly, I’m sure, but I can echo Damien’s sentiments from the original review that this one is well made, even better priced than it was then, and does the job well. I give it my recommendation since it proves the point that this  is a better deal than that.