When it comes to podcasting, streaming, or content creation, creating a great, cohesive audio setup can make all the difference. Unfortunately, choosing the right hardware can sometimes become overwhelming, confusing, and extremely costly, especially for hobbyists that aren’t looking to stream or create content full-time. Rode intends to change all that with a series of accessories meant to take the guess work out of building a better in-home studio. Does Rode manage to make recording foolproof? Let’s dive in.

Over the years my recording hardware has slowly grown from a simple headset, to multiple mics, stands, desk mounts, and cabling that has come to clutter my desktop and office space. I realized it was a major problem when I had both a desk mounted mic, a floor stand, and 4 different recording devices hooked up to my system at one time, that I needed to declutter. Luckily, Rode’s PodMic, and a slew of accessories were available, and I jumped at the chance to streamline my setup. 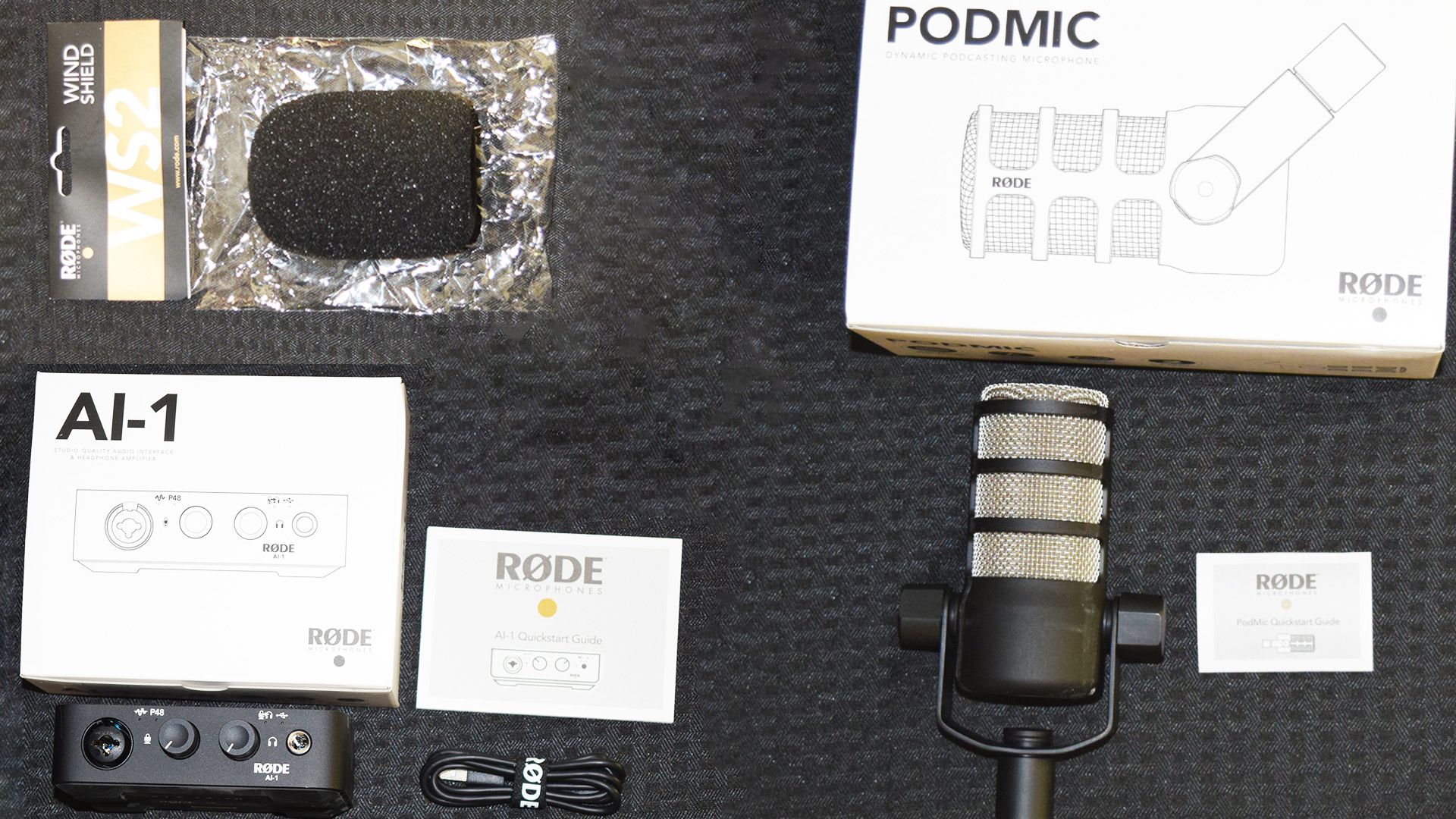 In this review I’ll provide some details related to the hardware, but I won’t go too in depth when it comes to the quality of Rode’s PodMic. This has been delved into deeply by our Hardware Editor just a couple years prior to this review, and if you’re looking for an in depth review of the capabilities of the microphone, I urge you to check it out. Instead, this will be a delivery-to-desktop all inclusive setup review, which will include the unboxing and setup of the Rode PodMic, the AI-1 interface, the WS2 Windshield, and the PSA1 Studio Arm. Here are the rough specifications:

After receiving the items, unboxing them was extremely simple. Rode doesn’t believe in a lot of fluff. While each piece of hardware was packaged well, there was definitely a minimalist approach, with few instructions or excess, even for the larger, and more sophisticated items such as the PodMic and the . I expected a comprehensive instruction manual for each, but I was surprised to find very little in the way of instruction. If you’re new to setting up your audio, you may think that a small one-sheet of directions isn’t enough, but it turns out that everything is mostly plug and play.

I started by setting up the studio arm. If you’re like me, you’re limited on your desktop real estate, and I was especially concerned, because I’ve had desktop mounted studio arms before, and I hated them. Usually, my main problem when installing a new microphone arm would be that the C-clamp mounts usually leave indents or scratches on the desk. Now that I have a standing desk with a glass top and a metal frame, my biggest fear was that the weight of the arm and the microphone would potentially scrape or crack the glass, or that it wouldn’t attach securely because the metal rail underneath the desktop was fairly thin, but I decided to give it a shot. There is also an additional mount provided that allows you to attach the Studio arm through the desk, but I opted for the C-clamp version, because drilling through a glass and metal desk is not a task I am interested in partaking in. 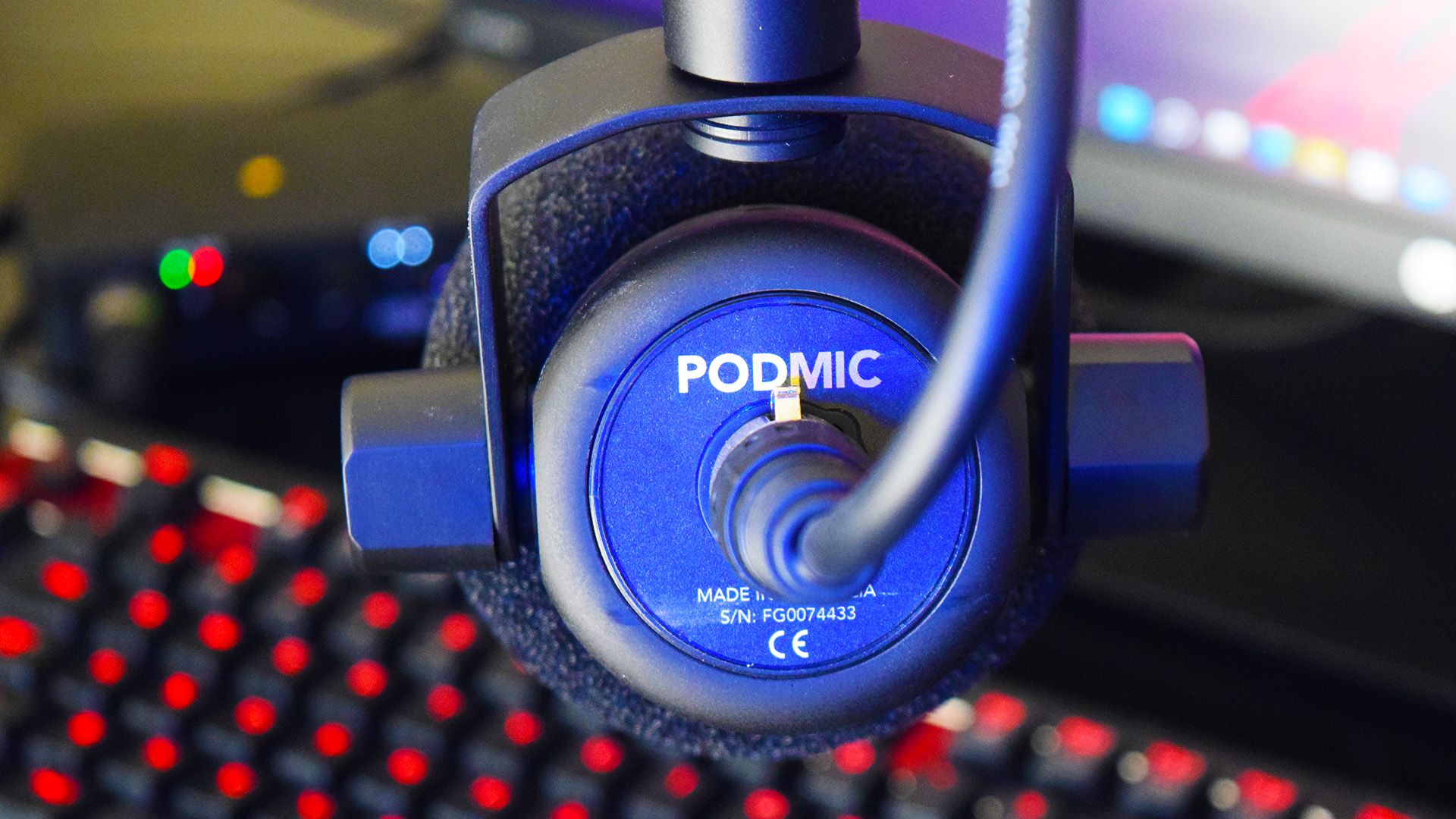 After tightening the clamp onto the desk, I removed the yellow warning tape that informed me that the arm is spring-loaded, and situated it into the only available hole on the clamp. At this point the arm stuck straight up. There isn’t a way to tighten the arm in any configuration without the microphone attached, so I moved on to the PodMic, and began setting that up. Quite literally, the PodMic is the only item contained within its box. The XLR cable Rode provided is an additional cost, though they are relatively cheap. Rode provided a 6-foot XLR cable which for my particular setup is a little overkill, but the cable came with a branded Rode Velcro strap so it was easy to shorten it to my desired length and strap it to the C-Clamp. The XLR cable simply fits into the back of the PodMic, there really isn’t any alternative way to do it. I then screwed the microphone into the 3/8ths threaded mount and the counterweight brought the arm into full swing.

I ran the cabling over the arm, ran it across the back of my desk, and placed the AI-1 Interface near my PC on the desktop. I plugged the XLR cable into the only place you could conceivably put it on the interface, and then ran the USB-C cable included in the AI-1 package to the PC. The hardware portion of the setup was essentially complete. It was as fool proof as it could get, so I moved on to software. Currently, I’m running Windows 11 on my desktop, and the operating system was able to detect and install the software without any prompting from me. I opened up Adobe Audition and attempted a recording, but alas, there was no joy – something was wrong. The AI-1 interface has two knobs, the microphone, and the headphone. If you push in the microphone knob, a light will turn on, indicating that phantom power has been turned on (this is not necessary for dynamic microphones like the Podmic, but will be for condenser XLRs. 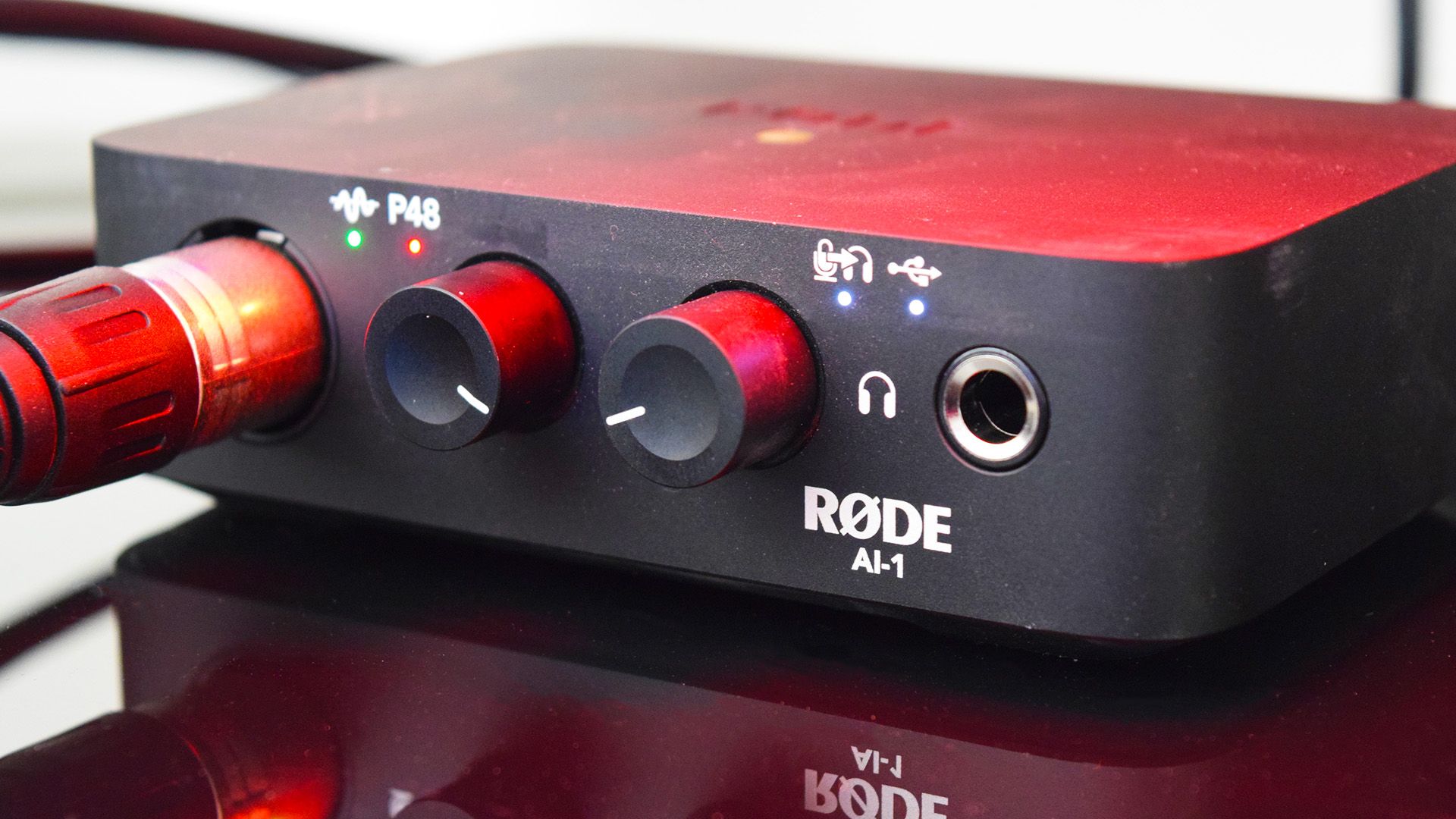 For the life of me, I couldn’t initially get the microphone to record through the interface, no matter which applications I attempted to record with. I went into the sound settings, and looked over the options. It turns out that the interface won’t work if the channel properties are different frequencies. From the control panel, under Sound > Playback and Sound > Recording, I selected the AI-1 and went to properties. I then had to go to advanced, and change the default format to the same frequency. I chose 96000 Hz, and sure enough, after changing those settings the sound quality on the PodMic came through crystal clear.

Editor's Note: The above is likely due to the project settings and not the interface. It appears as if the sample rate on the project and the interface were initially mismatched, which is required for the two to successfully work together, as is the case with any interface. As such, once they were both set to 96kHz, everything worked as intended. We apologize for the confusion.

The quality of the PodMic and the ease of use to modulate my audio input once the Interface was up and running properly has been an incredibly simple and streamlined experience. For new Podcasters, Streamers or Content Creators, the hardware setup couldn’t be easier. Everything is pretty much self-explanatory, and it’s actually more difficult to not put things together the right way. On the software side, the confusion related to the frequency changes isn’t something that new streamers will know right away, and it may not even be apparent when you search for answers.

Still, once everything is setup, you can’t beat the quality of the PodMic and AI-1 Interface at this price point – you just can’t. For around 300 dollars, you end up with a solid microphone and interface, as well as one of the smoothest swivel mount boom arms I've tried. While I probably won't keep it mounted to my desk, I have a fantastic floor stand that is also compatible with Rode's PSA 1, so in the end, I get both a highly articulated boom arm and some of my desk space back. If you really want to jumpstart your audio with professional sound, use Rode's PodMic and Accessories as a guide on how to do it right.

*Rode PodMic,  PSA- 1 Studio Arm, AI-1 Interface, WS2 Windshield and 6 Ft XLR Cable were provided by Rode for the purpose of this review.