At RazerCon, Razer announced its partnership with Yeelight to bring Chroma lighting outside the PC into your whole room. Yeelight was kind enough to reach out and offer to send us a few of their products to see how it works for ourselves. Will whole-room Chroma light up your life?

Love it or hate it, RGB lighting isn’t going anywhere. It was really only a matter of time before systems like Razer Chroma started tying into the wider world of RGB lighting. Thus far, we’ve seen it integrate into Philips Hue, but a quick look at Amazon shows that the ecosystem goes much deeper than that. Yeelight, a prominent player in its own right, has been challenging Philips for some time, delivering ARGB smart lighting solutions at a significant savings. 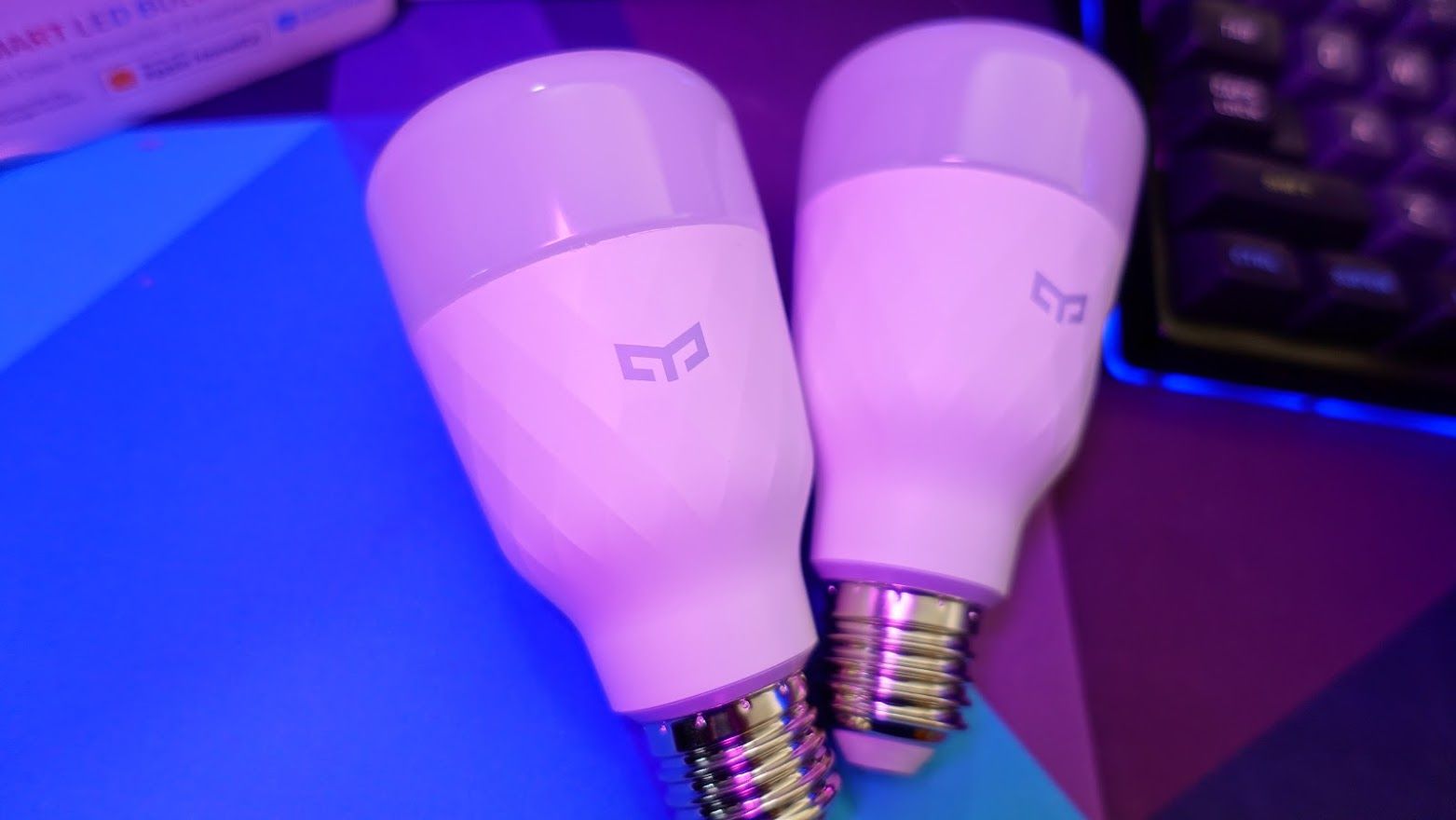 For this review, Yeelight sent over a pair of its ARGB 1S bulbs. These are the latest version which don’t require a hub to use and connect independently to your WiFi network for easy integration into Apple, Alexa, and Google smart home systems. Each bulb is rated for 800 lumens, equivalent to 60-watts, while only consuming 8.5 watts of power. They’re also able to deliver 16 million colors of RGB illumination and a range of white from 1700K to 6500K. 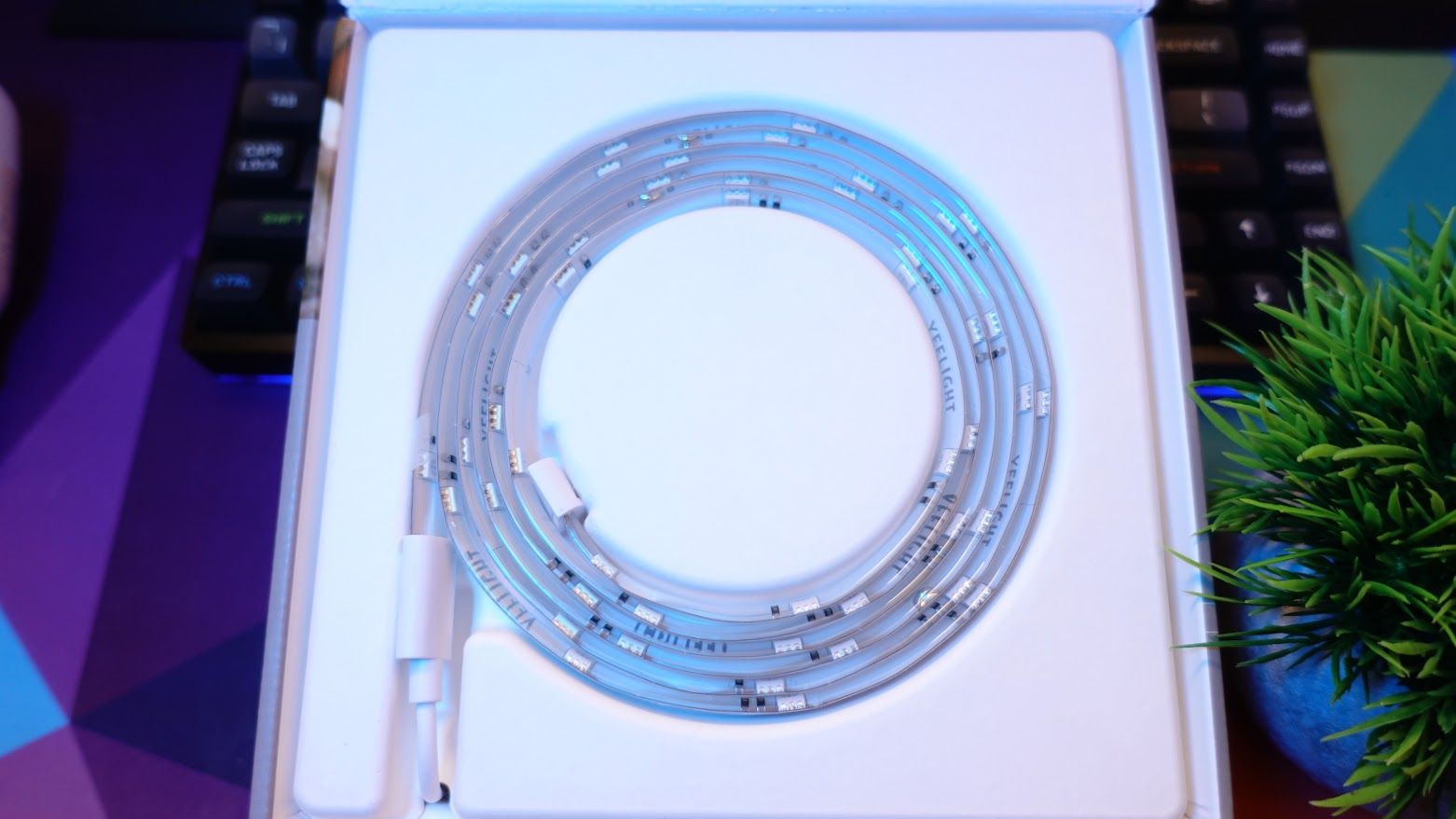 Yeelight also sent over its matching 1S light strip. At 6.5 feet long, it has enough length to match most large desks for back-throwing light to wash a wall. It’s also extendable up to 10m if you’d rather mount it elsewhere in your room.

Getting up and running with each product is fast and easy. Once the bulbs are in pairing mode (activated by flipping your light switch five times) and located within the app, they pair right away and ask for your network password for LAN control. Inside the app, you can customize them with different forms of mood lighting, custom colors, and patterns of hues to cycle through at customizable speed. 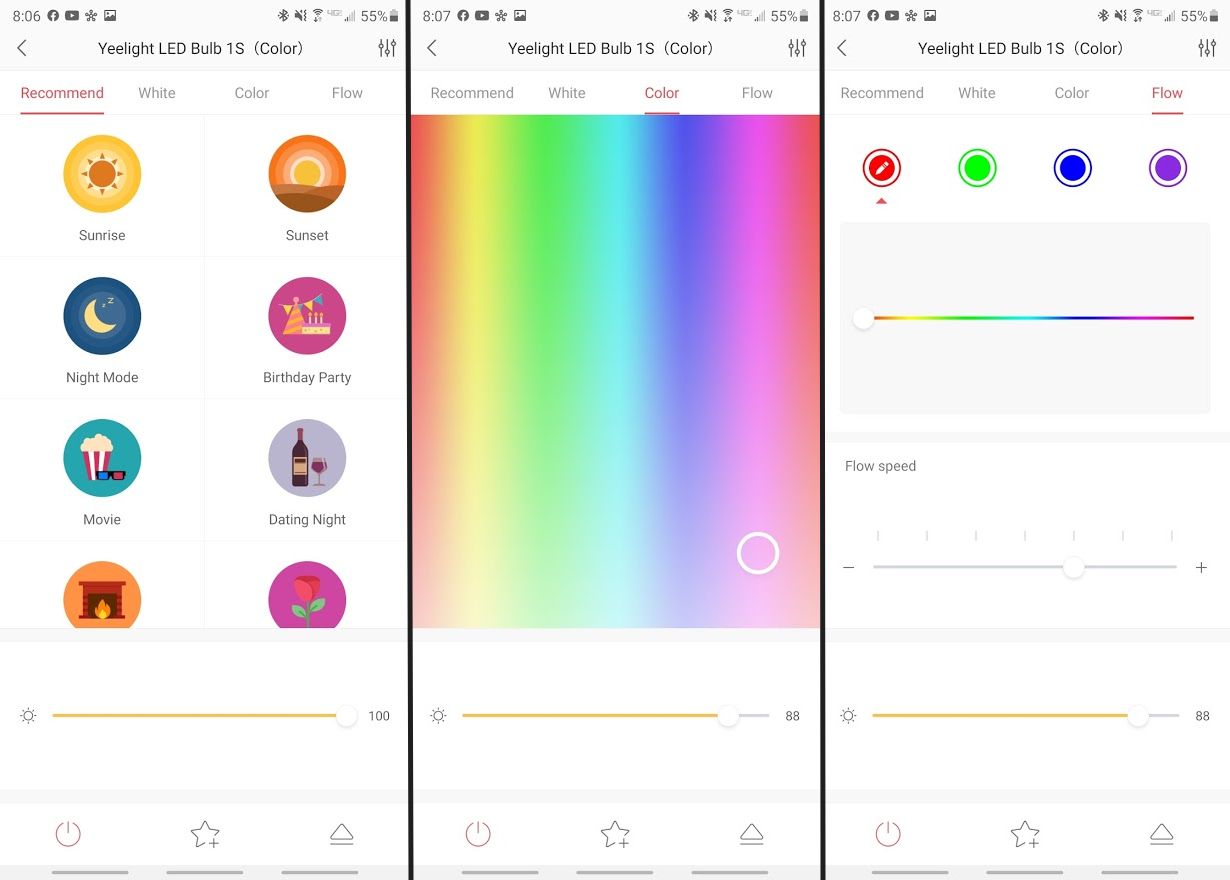 From there, you can pair them with Razer Synapse. There are a couple of extra steps here: turn on LAN control, updating to the latest firmware version, and enabling Chroma Connect in Razer Synapse. From there, you have to install a whole separate program, Yeelight Chroma Connector, to act as an interface between Synapse and your lights. Running two programs is less than ideal, to say the least, but until Razer develops Synapse to integrate third party systems (if that’s something they can do), there doesn’t seem to be much way around it.

That said, the system is undeniably cool. With two lamps behind a desk and an LED strip, the Yeelight system is able to effectively wash a wall behind a gaming setup. Using Synapse, you can choose from several presets to get your setup looking professional quickly or customize them to create your own unique look. However, I would avoid all of those, and instead embrace the screen sampler.

Note: This video shows four lights behind a monitor but you can still get an excellent effect with two and a light strip.

For the uninitiated, what the screen sampler does is take what’s happening on your screen and extend that out to the lights on either side. If there’s red on the right side of your monitor and blue on the left, your lights will shift to match and they’ll continue doing so in real time as you play. This has the effect of almost expanding the screen space in your peripheral vision. It reminds me of the DreamScreen TV I reviewed back in 2017 or the Philips Ambiilight. And while it won’t get you quite the level of fidelity as the Hue Play Sync Box with a matching strip and surrounding lights, it costs hundreds of dollars less while getting most of the way there. 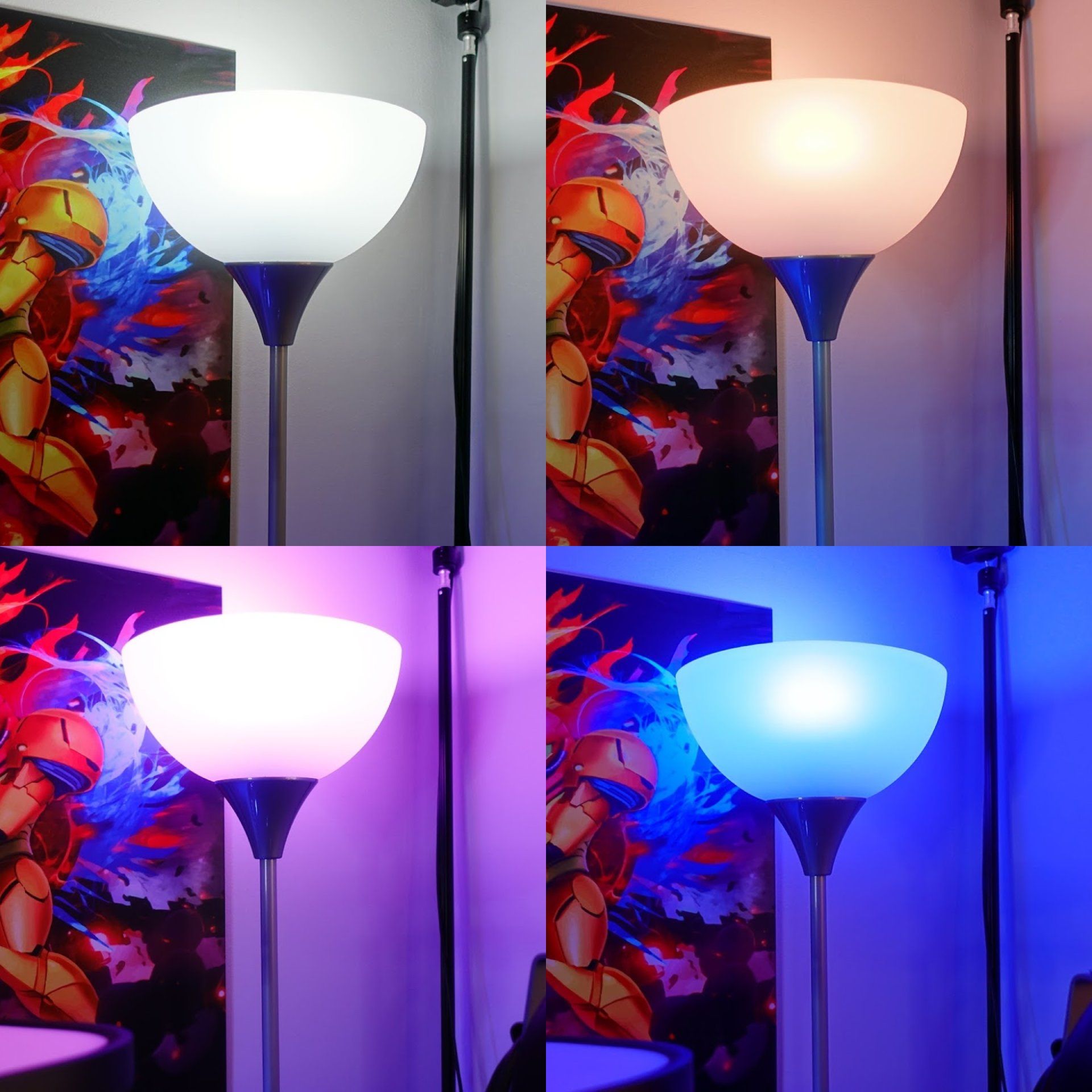 Synapse also gives you lots of built in lighting integrations. Simply launch any of the dozens of supported games and the lights will automatically react to events in the game. There’s nothing quite like playing Diablo 3 in a wash of red light.

As a lover of RGB, I’m happy to see this kind of integration be expanded. This functionality isn’t new, but it’s much more accessible now, which is a good thing for gamers looking to increase their immersion factor. It won’t be for everyone, and for whole room lighting, I did wish for a few more lumens from the bulbs, btu if you’ve been looking for reactive lighting for your gaming setup, this is an excellent way to do that without breaking the bank.

The product described in this article was provided by the manufacturer for evaluation purposes.
Tags
razer
RGB
Yeelight
Gaming Setups