I am going to sound really old for a moment here:

There was a time in PC gaming when the full HD standard (1080p at 60 frames per second) required gamers to be on the bleeding edge of technology. This meant top-tier GPUs and CPUs that came at a premium cost, making PC gaming a rather inaccessible option for a number of gamers. I was one of them.

Technology, however, has surpassed that moment, making this standard (and beyond) far more accessible and available in a multitude of form factors! In this actually, we are going to talk about some of these “modern mediums” that exist in the midrange and beyond. And, to help us have the conversation, we called in someone who knows a thing or two.

In the shadow of Intel Gamer Days 2022, we sat down with Alejandro Hoyos, Technology Evangelist and Community Manager at Intel. We talked about gaming performance, what the landscape of midrange options looks like, what accessible options look like in 2022, and how to get the most value for dollars. Unfortunately, this conversation did not involve Intel’s Arc GPU line-up! Perhaps that is a conversation we will have another day.

Before we get too far, let’s talk about one of those “before” moments I talked about earlier to give some context to where PC technology has come from in the past few years.

Shortly after I joined the MMORPG.com team, the Intel Core i7 7700K was crowned king of gaming processors. With four cores and eight threads, it crushed the standard but was a top-tier piece with a top-tier price tag for the time.  At over $300 USD, this was the flagship of the consumer-grade Kaby Lake line-up with the enthusiast X-series climbing the price brackets from there.

If we fast forward just a few short generations - four to be exact, we see performance at the lower tiers of the 11th Generation rivaling the i7-7700K and with access to more modern features such as higher RAM speeds and PCIe 4.0. We saw this when we partnered with NZXT a few months back to review their entry-tier Starter PC BLD kit. This system had an Intel Core i5-11400F CPU at its heart and crushed the 1080p tasks we put it to. For comparison, this processor retails for less than half of what its ancestral king… and at a reduced power draw as well. Granted, it is missing some features like an integrated GPU (iGPU), but when paired with a dedicated GPU, this is a bit of a moot point. 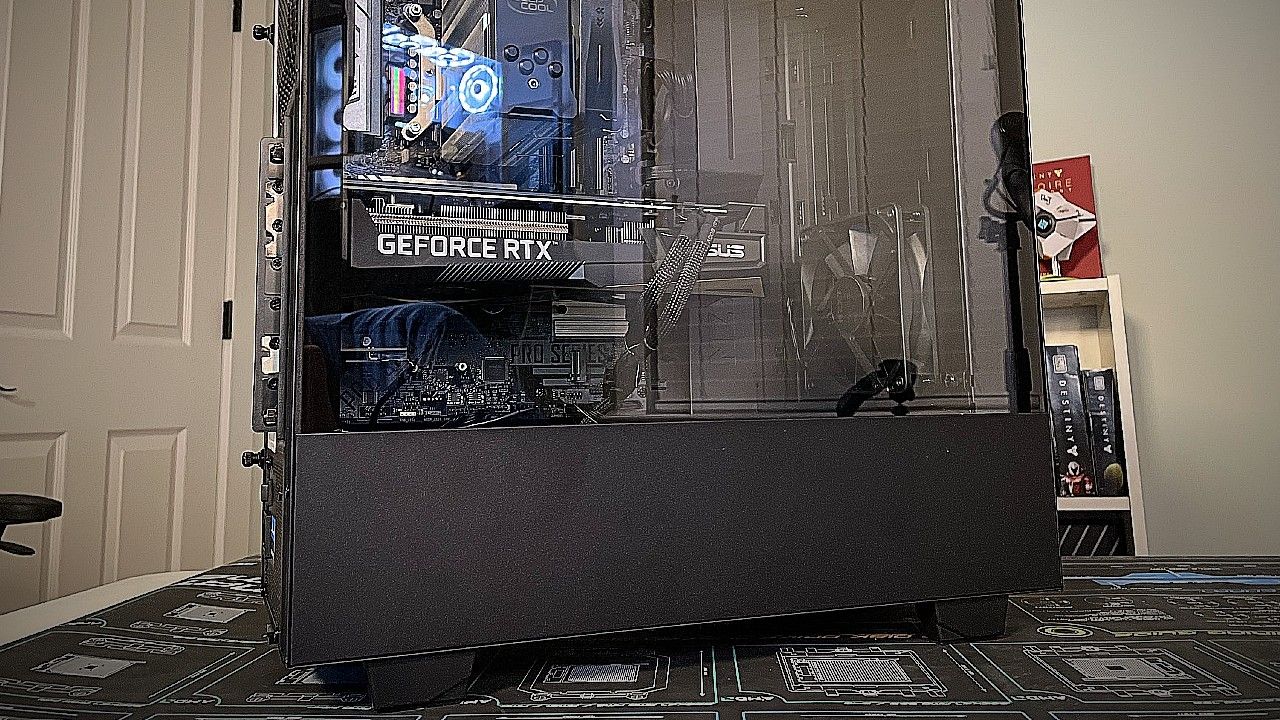 When talking with Hoyos about this, he described the rise of multithreading and multicore performance that we saw with a bit of maturity in the i7-7700K as an inflection point that took place a few years prior to this introduction of the Core 2 Duo - one of the more mainstream multicore processors.

However, the way he sees it, technology is at another inflection point where software has some catching up with the hardware available to fully leverage everything it has to offer. An example of this is Intel’s architecture with the 12th Generation Core Processors:

“We’re still multicore, but now we have two flavors of cores. But, when we went from one to multithreaded to multicore, software adoption is a big deal. Now we’re working with companies, showing them ‘hey, we’ve got performance and efficient cores to work with’… and we’re seeing some cool things that people have done, IO Interactive is one of them with the Hitman series.”

While excited to share about what Intel is doing with their latest architecture, Hoyos went back to the point of the Core i5-11400F, acknowledging the seismic shift in price and power:

“These middle-of-the-road builds are great because you don’t need the top-of-the-line to have a great gaming rig. You don’t need to go crazy!” 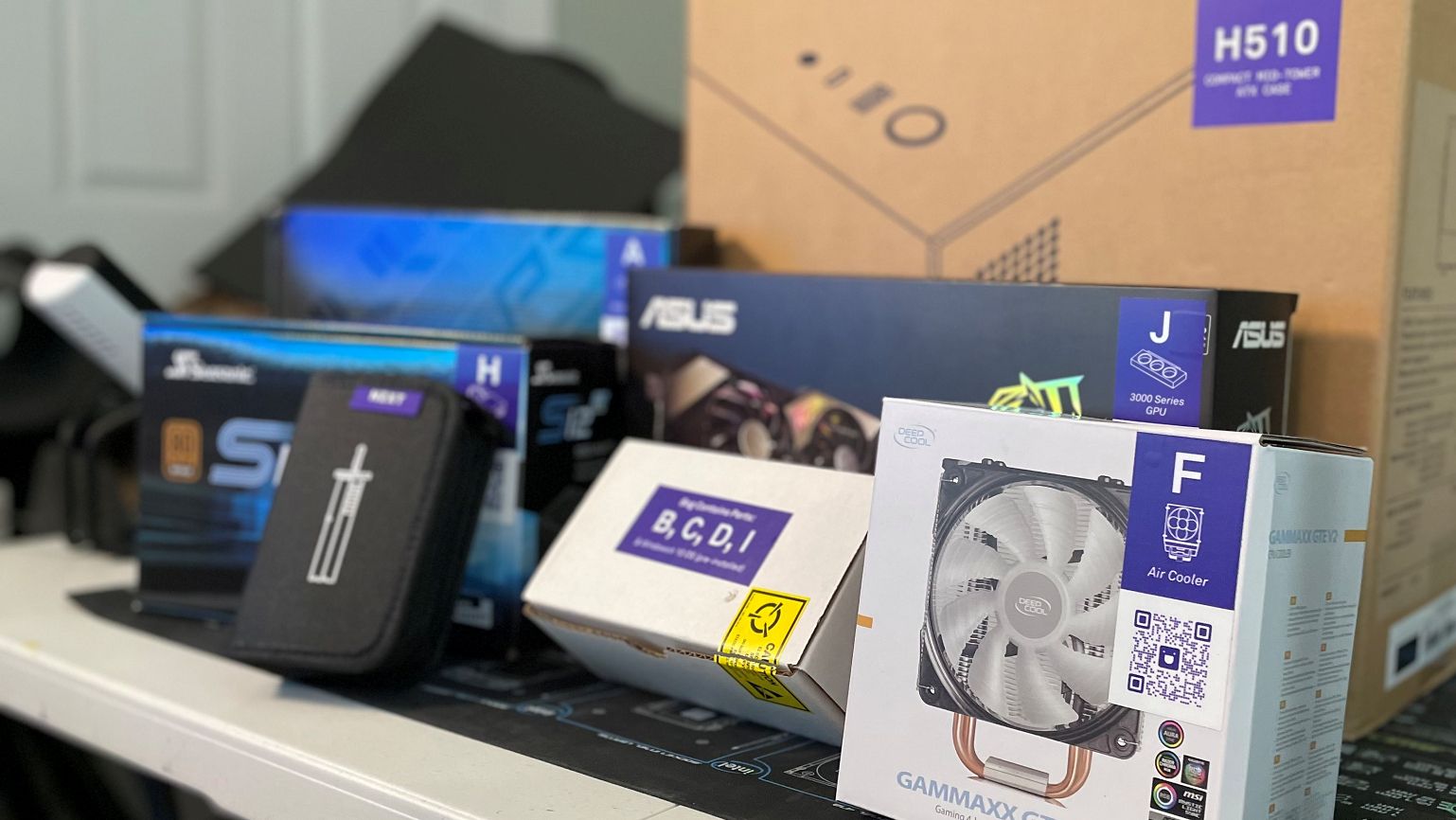 Before You Buy: The Questions You Should Ask

We camped out on this comment for a bit because this is a place where, if you have built enough PCs like we have, a lot of questions arise from both first-time builders and those dipping their toes into the vast ocean of PC gaming. While we love seeing powerful components come together, we talked about the three categories of consideration for anyone looking to build or buy a modern gaming PC.

It’s always a good idea to begin with the end in mind. Consider what would be a reasonable amount for yourself to spend on components or on a prebuilt system. And, look at pre-built systems to gauge where the prices are at. Look at systems with more modern GPUs (i.e. NVIDIA RTX 30 series or AMD Radeon 6000 series)... there are a number of companies offering prebuilt PCs that come equipped with a modern GPU, but with a processor that is a generation or two behind.

Hoyos recommended against going lower than a Core i5 for gaming, citing that most gamers are likely going to be multitasking with programs like Discord or a browser open while they are gaming. He also mentioned that people can save a little bit of money on the “F” skew processors. Remember: lower price doesn’t always mean lower performance.

Gaming with browser tabs open is one thing, but live streaming your games or creating digital content are completely different animals. While modern parts can be more power efficient and push out more performance, there is a limit. Here are a few questions to ask:

As you narrow that down, take a look at which components handle the heavier burden of your day-to-day operation and build accordingly. The good news is that most software developers give recommended specifications for their products. Shoot just above those recommendations if budget allows. 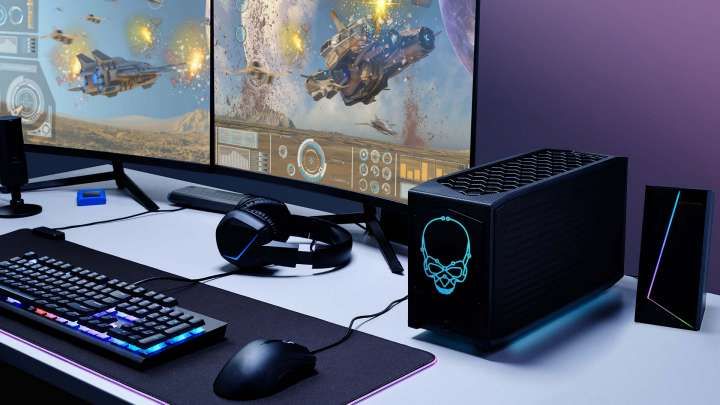 Since we have looked at what you can spend and what you need your computer to do, it would also be good to ask where you need it to go and how much space you have for it. While it sounds odd to pair those two things together, consider these thoughts:

If your computer needs to double as a work and study computer, it might need to make trips to a library or coffee shop to work. When you are using it at home, how much space do you have for your gaming setup? Maybe you don’t need your computer to go anywhere, but there are those moments when you wish it was a little bit easier to take your desktop with you.

This consideration all comes down to your needs. For the first case, a laptop is likely your best option, especially if gaming is a thing you use it for and not the main thing. However, if space and portability are concerns and it seems like you have to sacrifice one for the other, Intel… has a third option: the Intel NUC.

While Intel NUC (or Next Unit of Computing) products come in a variety of shapes and sizes, calling the NUC a mini PC is pretty reductive. While it can be found in mini PC form, the Intel NUC Extreme pairs desktop power with laptop portability within a singular compute unit through pairing components found in both, such as a full-sized desktop CPU with SODIMM RAM sticks and NVMe drives. The best part? This compute unit can be paired with a small form factor chassis capable of supporting a modern discrete GPU!

While it does fall on the higher side of “budget” gaming, they can be found at a decent price and with different processors to choose from. On paper, the Intel NUC sounds like an interesting solution to this question of portability and power.

Hopefully, we’ll get our hands on one someday to tell you for certain!

Maximize What You Have

At the end of our conversation, I asked for some tips from Intel on how PC users can get the most value for the dollar - even if it’s small tweaks to their existing setup. Here were the pieces of advice we were given:

Whether you are looking at long-overdue upgrades or considering a first step into the wild world of PC gaming, there are a number of budget-friendly options for stellar PC builds, whether building for the first time or purchasing a pre-built system, laptop, or NUC.

Here at MMORPG.com, you can find a number of tech breakdowns and reviews of hardware that we love to use in our day-to-day gaming experiences. Check out the Hardware tab to learn a bit more about some of the products we talked about within this article.

We want to extend a huge thank you to Alejandro Hoyos and Intel for facilitating this conversation. We covered a lot of ground and through it all, there was a common thread that goes beyond a product; there is a passion for enhancing the technology that we all use to enjoy the games we love to play.

“(At Intel) we all like to play with hardware and we are all a bit techy, but we also love games; the people who design the hardware are ALWAYS thinking about the games.”