Drop has once again partnered with Sennheiser to deliver on one of its most requested headphones: the HD 8XX. Coming in at $1100, it aims to be one of the best headphones you can buy. We borrowed a pair on a long weekend to take for a test drive. Let’s see how they fare over a couple of days of first impressions! 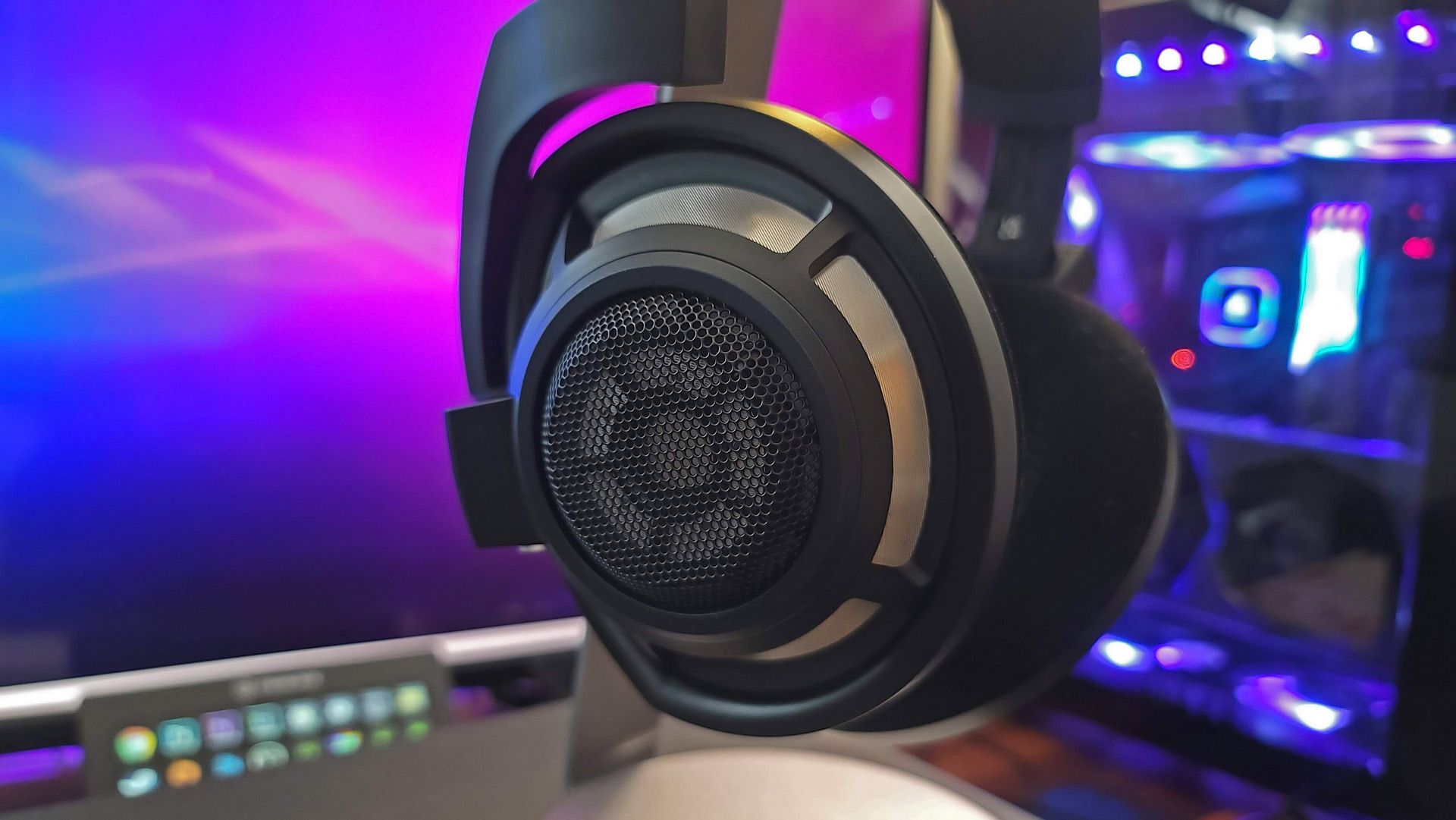 Before continuing, context is especially important here. The first thing to know is that I had these headphones on a very limited loan. Due to some personal obligations, I was only able to spend about two days using them (thanks to Drop for extending the loan a couple of days to make that possible). Second, the HD 8XX is my first experience with the Sennheiser HD 800 line, so I can’t compare to the originals. My experience with headphones above the thousand dollar mark is also somewhat limited. I’ve tested the HIFIMAN RE-10D, which is more expensive, but pricing isn’t everything. Instead, the experience I’m bringing to this review would include the HIFIMAN Arya and Sundara, HD 6XX and HD 58X, Audeze LCD-GX and LCD-1, the BeyerDynamic DT-177X GO, and Dan Clark Audio AEON Open X. These are some great headphones, but it’s worth bearing in mind. 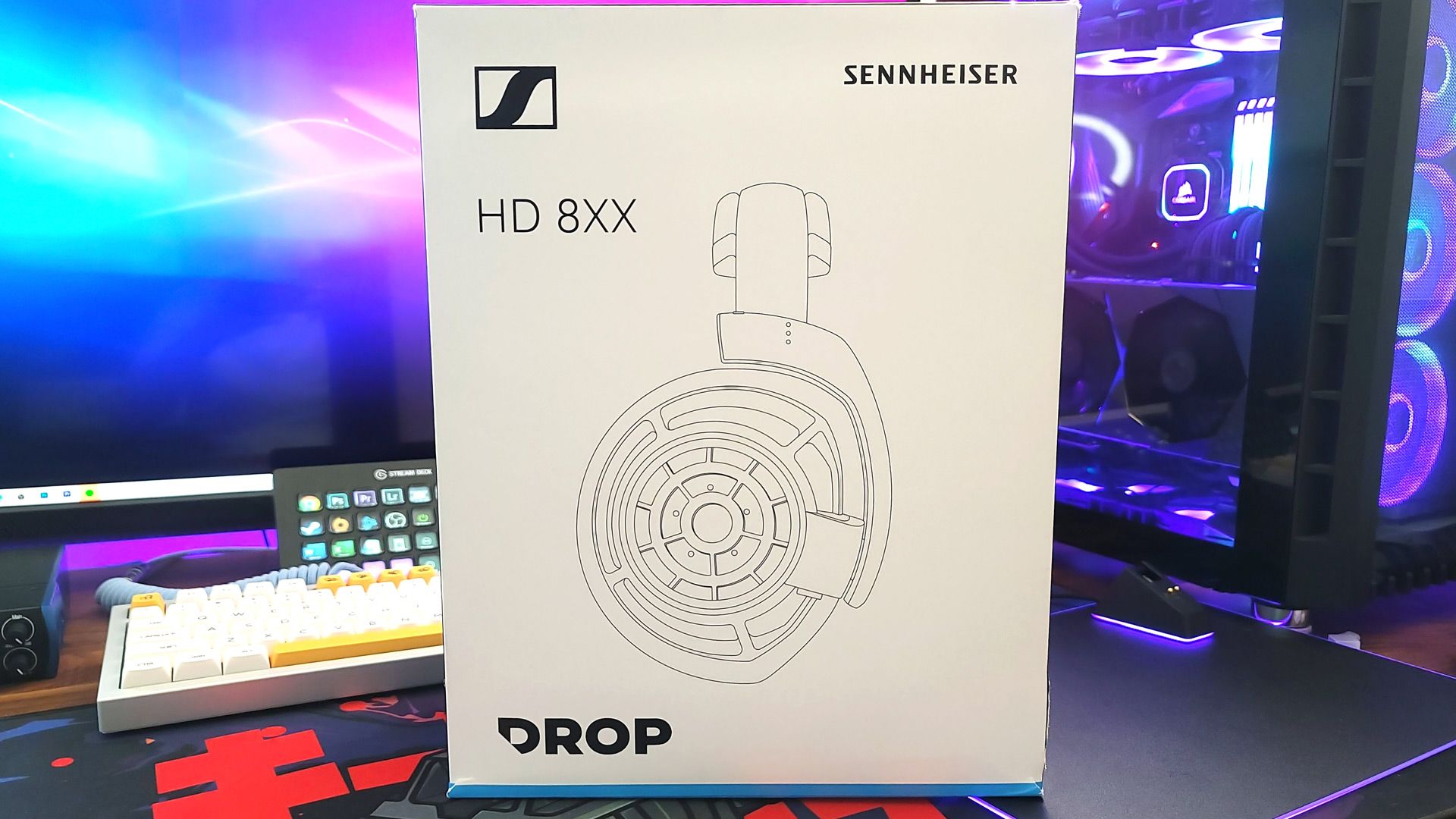 The HD 8XX is one of Drop’s most requested headphones, so when it was announced there was an understandable level of hype surrounding them. The headphones are based on the HD 800S, which can be bought new for $1599 or pre-owned for around $1000. That itself is based on the HD 800, which a quick search of AVExchange shows selling for around $750 currently. Depending on what you’re looking for, that $1100 price point is going to seem anywhere from fair to too expensive. To me, it seems like a fitting middle ground. You’re paying a bit more than a pre-owned HD 800S, but you’re also getting a brand new product with a warranty and the tuning improvements that come with it.

Which brings me to what else has changed. When it comes to headphones, Drop’s MO is to take a popular headphone, incorporate fan feedback, and release their own “XX” version at a more accessible cost. That was the formula they used for the HD 6XX, which is still incredibly popular today, so it’s no surprise they took the same approach here. From what I’ve read about the original HD 800, it was a heavy hitter in terms of clarity and detail retrieval, but its tuning wasn’t the best, particularly in the low-end. The HD 800S sought to address that, but many users still felt the bass was lacking and that treble detail was perhaps too blunted (if you own the HD 800S, please share your thoughts below!) 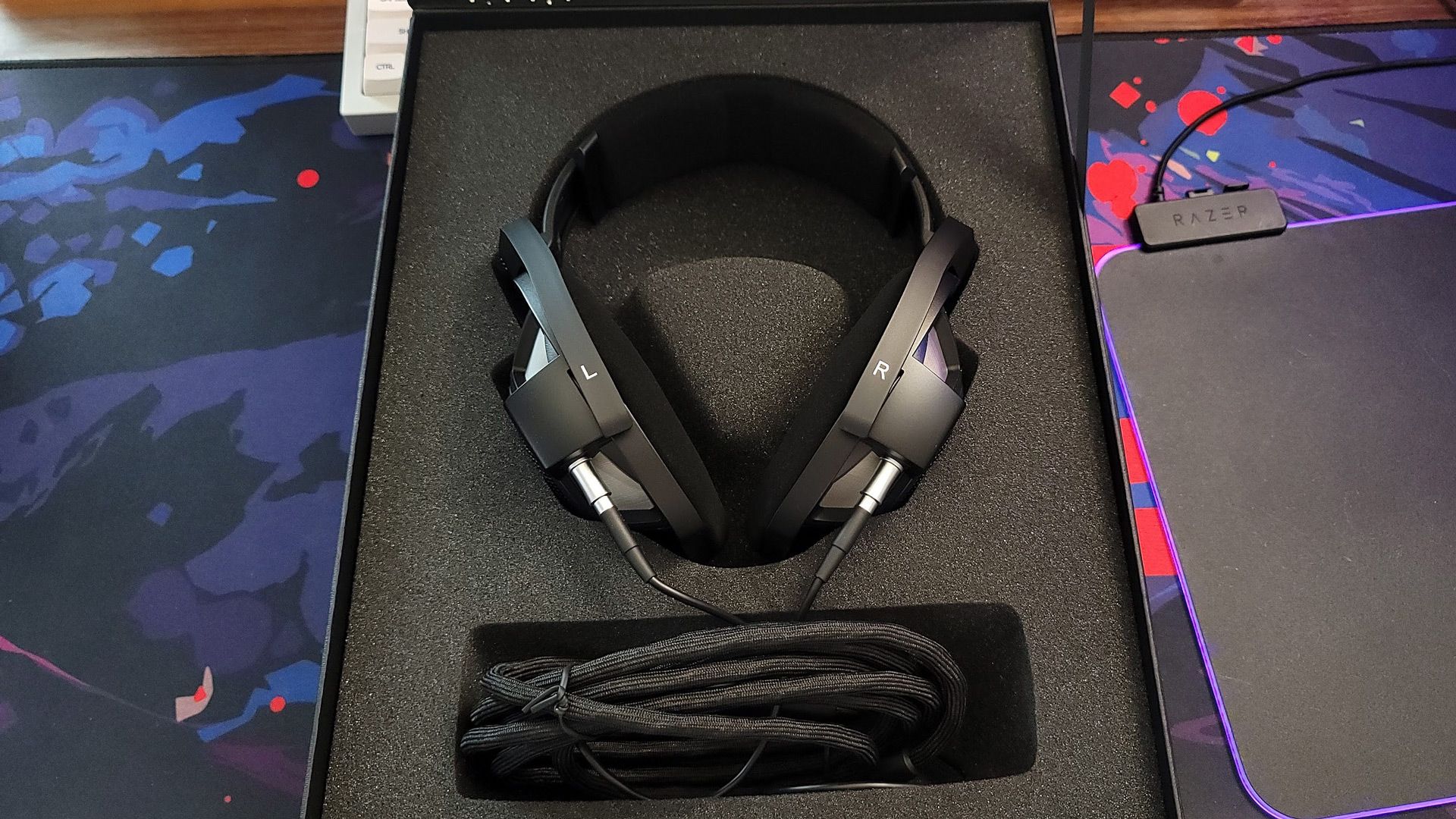 The HD 8XX aims to address each of those issues, increasing bass extension and improving mid-range balance. It accomplishes this with a new resonator system. I’ll let Drop’s Chief Product Officer, Will Bright, explain:

Where the HD 800S uses a single resonator in front of the driver, Sennheiser created a new resonator system for the HD 8XX, enabling bass extension down to 10hz (+5db @ 10hz vs 800 S) by changing the resonant properties of the housing.

Sennheiser’s team, lead by Jermo Koehnke, reached the bass solution pretty quickly, but our goals for the midrange proved demanding... bordering impossible. After significant research, Sennheiser reached a solution; altered acoustic impedance in the transducer's dampening material to smooth the FR from 2.5k to 8k.

This means the transducer in the HD 8XX is unique, it’s a new ring driver.

As you can see in the graph, the HD 8XX gets rid of the bass roll-off from 10-60Hz, improving bass extension. The middle-bass has also been increased straight into the mids. There is also a peak around 3.5kHz and another around 11kHz to achieve the balance Will describes in his post.

In terms of the physical construction of the headphone, it appears to be identical to the HD 800S, albeit with midnight blue accents. The design features the iconic, almost futuristic look to the open-backs. For my part, I’m glad they kept it simple here. It matches the HD 6XX in color scheme and that’s really all the unity I need to make it a “Drop” product. The HD 800 series is eye-catching and unique all on its own, and I’m happy to see that visual identity maintained. 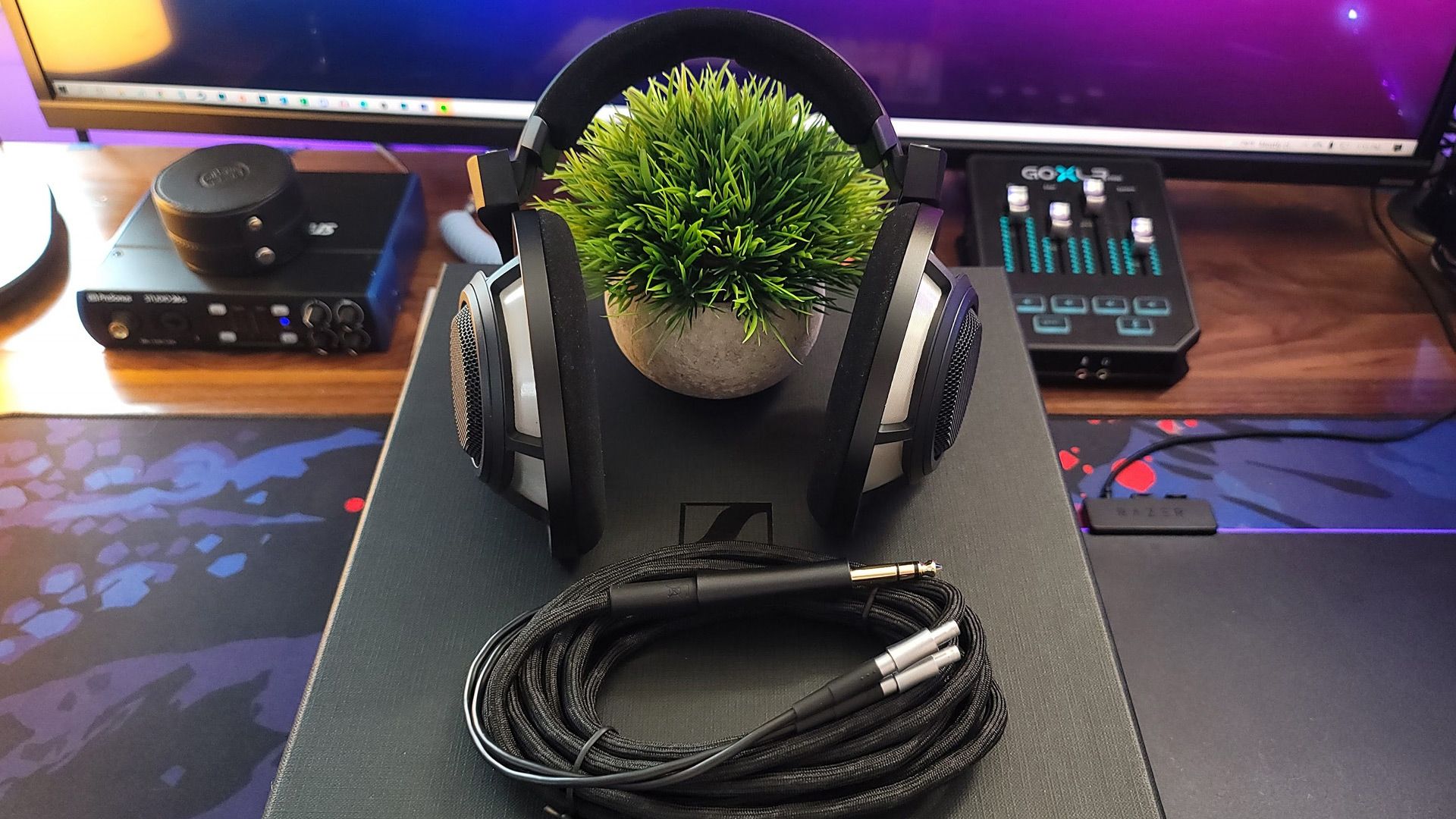 So, first things first: the unboxing experience. Fairly simple, but I like that the headphones come with their own hardback case. You can toss the cardboard sleeve, but the internal case is perfect for storage or traveling thanks to its sturdy design and cut foam inserts. Inside the box, is the headphone itself and a single-ended ¼-inch cable. Prior models seemed to come with a balanced cable, which isn’t included here.

The first thing that struck me when holding the HD 8XX in my hands for the first time was how slim and lightweight it was. The headphones aren’t exactly small, but the cups and pads are thin enough that they don’t stick out like a sore thumb.

I was initially concerned that the thinness of the pads would be too thin but that wasn’t the case either. The depth of the housings and the pads are essentially perfectly balanced. There’s enough depth that I could wear them comfortably without my ears becoming sore. The headphones are also remarkably light for their size, weighing in at only 330 grams, so head soreness wasn’t an issue either. 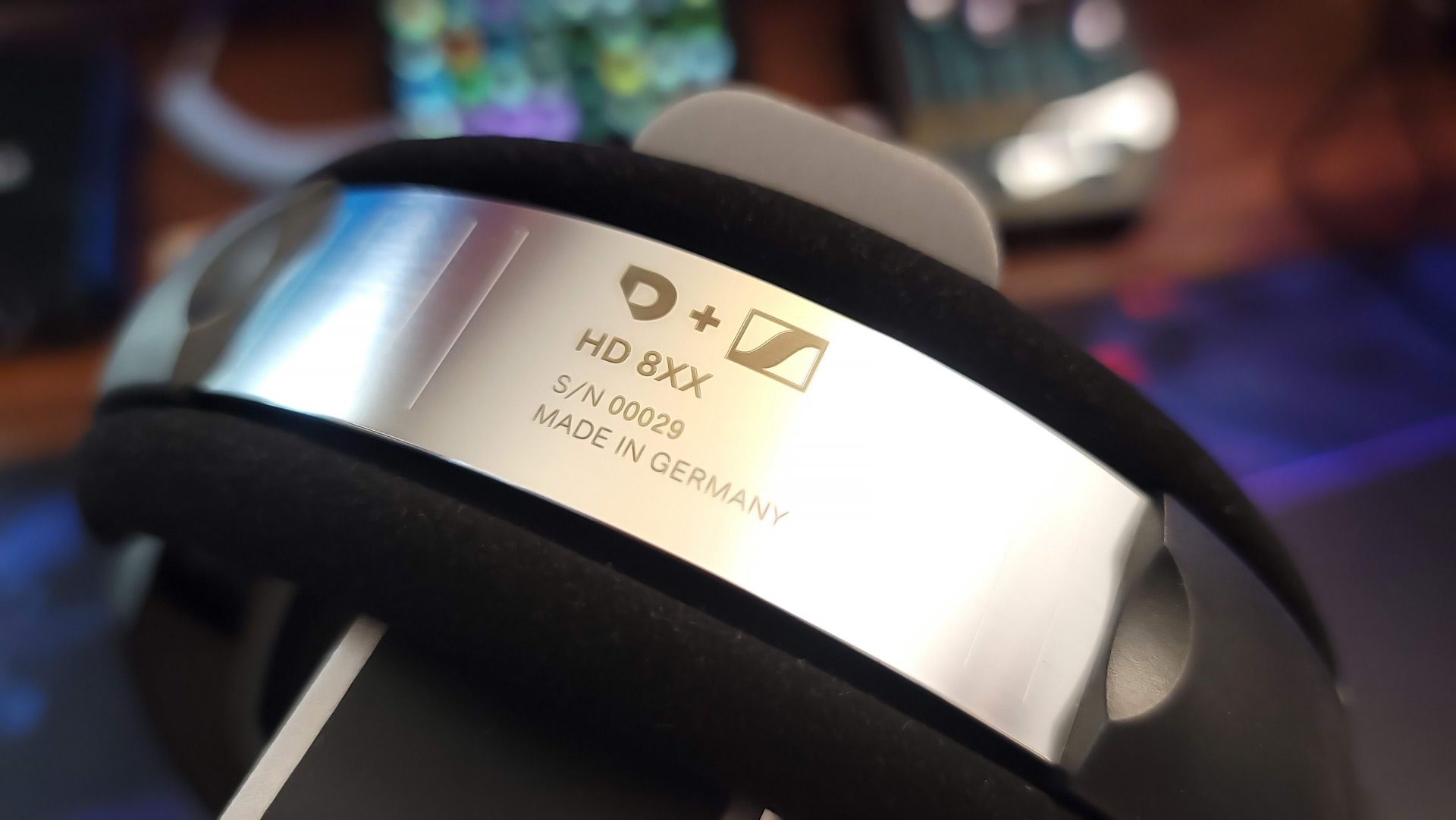 The build quality seems great overall. There’s a lot of plastic here, but as any Sennheiser owner will tell you, that comes with the territory and doesn’t mean they’re cheap or easily broken. I own three other Sennheiser music headphones and three more gaming headsets (made with Epos) and none of them have broken with extended use. That said, I do like the metal headband as I’ve had trouble with breakage there with other brands.

Bass: Without the HD 800S to compare to, I can’t speak to the improvement. What I can say is that bass and sub-bass extension is great. I wouldn’t call these “bass cannons,” by any stretch, but they sound rich, and well-textured. They don’t rumble, per se, but the texture they deliver does give the perception of vibration at times and can be quite punchy. Bass response is also fairly fast and tight. There’s no discernable bloat or muddiness to my ear. I would like to see a little more presence here, even still, but as is, bass is still very pleasurable.

Mids: Excellent, excellent presence and tonality. Vocals are sweet and more intimate than the rest of the audio sources. That midrange bump at 3.5kHz probably has to do with the way vocals jump forward. Likewise, I lay my perceptions of this headphone’s spectacular detail retrieval at least in part on this bump as it’s where many instrument details would also come forward in volume. As a fan of Coheed and Cambria, the mid-response was so revealing of the multi-layered vocals on many tracks. Super well done and fun to listen to! 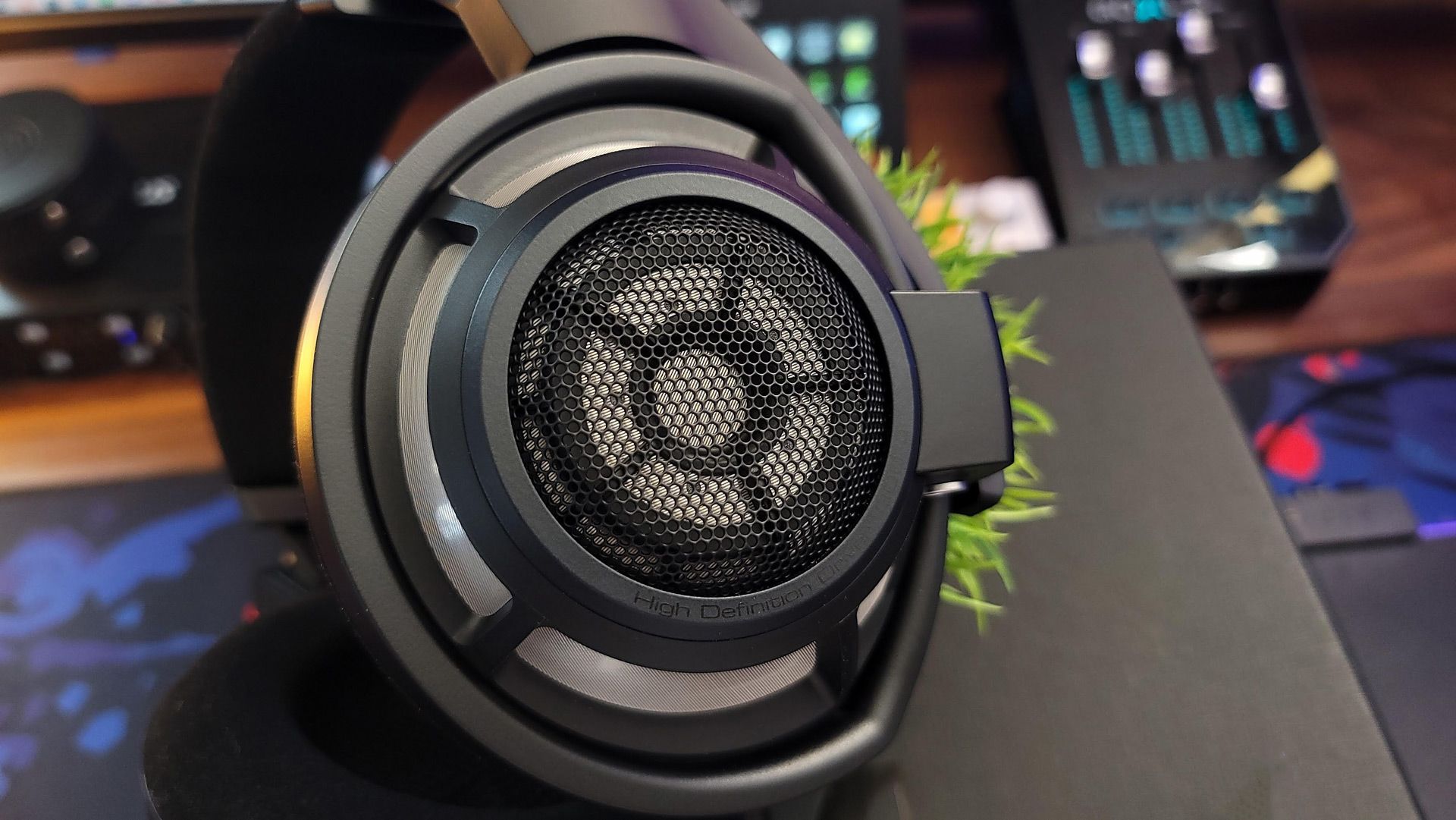 Highs: Treble was sparkly and well-extended. At higher volumes, it could sometimes sound a touch sharp, so it doesn’t seem too far off the reports I’ve read on the HD 800S. I didn’t find it fatiguing unless I was listening much louder than necessary, so I don’t see this being a big issue for me. The presentation was good and there’s a nice sense of “air” delivered by the treble.

Soundstage: Wide, vast, atmospheric. There is a large sense of space between instruments and audio cues. This is especially noteworthy in well-recorded life performances and binaural recordings but shines on studio tracks too. Presentation (imaging) and separation are excellent, but I thought it was interesting that positionality also feels grounded and well-defined. On that level, I also think these are a great choice for gaming. You shouldn’t buy an eleven hundred dollar headphone just for gaming, but as a PC gamer myself, I was happy to find that they were killer in Battlefield V and Call of Duty: Cold War.

Detail: Wow. It’s cliche to say you’ll hear things you didn’t even know were there, but that’s the case here. Transients really come forward cleanly and quickly, which adds an additional level of realism and nuance to the listening experience. As a guitar player, I always listen for the intricacies of acoustic and electric guitar work — tiny details most people wouldn’t notice, like attack, finger and fret noise or oscillation and modulation in atmospheric effects. These really are spectacular in detail retrieval. 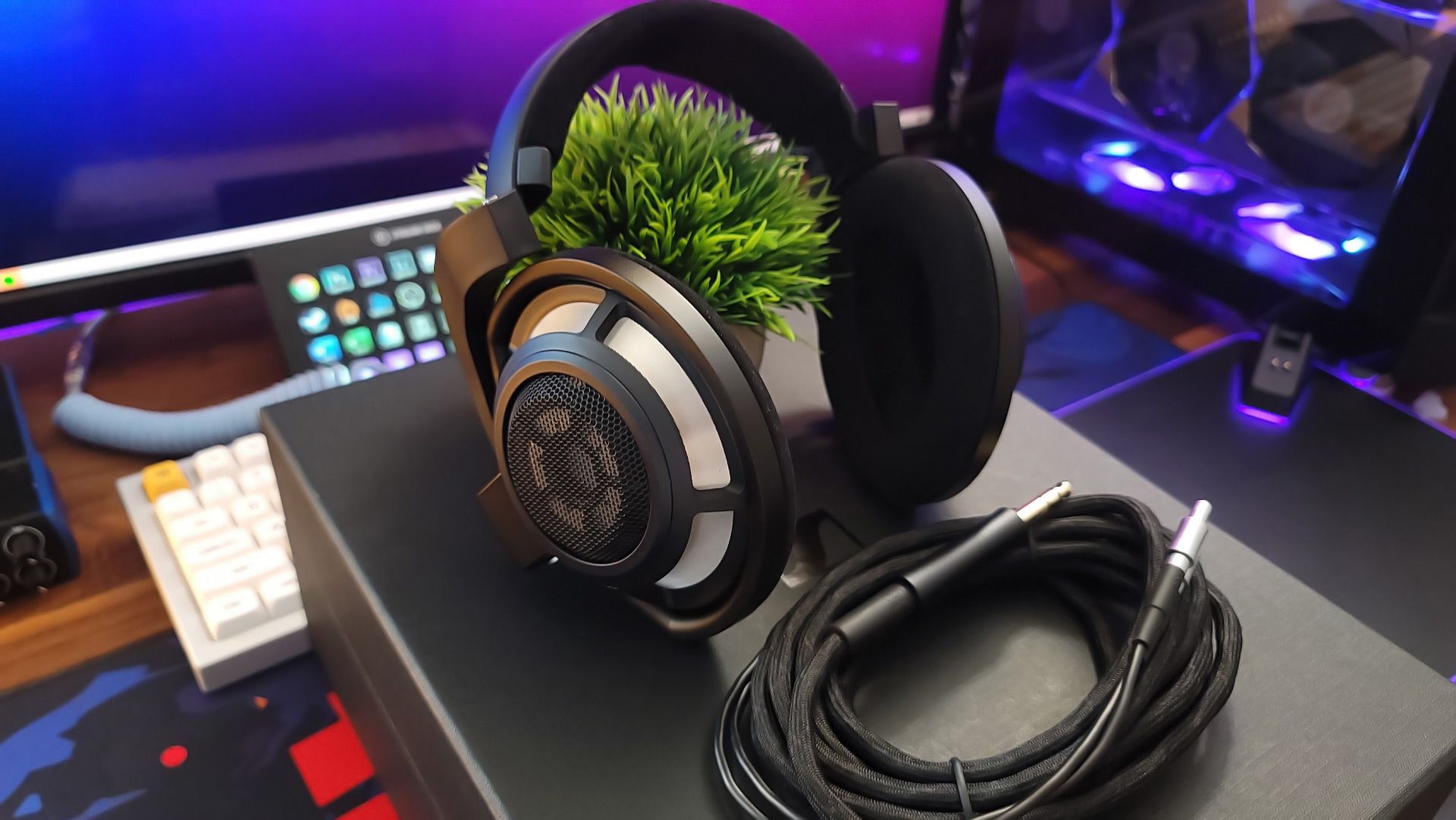 My overall impressions here are very positive. I would need to spend longer with the headphone to render a full review, but my first couple of days listening to them were eminently enjoyable. Given the excellent reputation of the HD 800S and that these were intended to improve on that, that’s not surprising! Hopefully, when these officially release, I’ll be able to take a more long-term look. For now, this preview has left me very excited.

The product described in this article was provided on loan by the manufacturer and has since been returned.
Tags
headphones
audio
Lifestyle Tech
Drop