With access to a plethora of information, video walkthroughs, and livestreams dedicated to the craft, PC building is not as scary as you might think. There is, however, a giant problem for those who choose to push beyond the fear: getting your hands on the right parts, specifically modern GPUs. While the options for pre-built systems are numerous, this road takes away from the original goal: to build your own battlestation… or at least learn how to by doing it!

Now, you might be asking yourself: “Wait a minute. Are we still talking about building our own PC or is this idiot suggesting we go with a prebuild?” If that’s you, let me untangle the confusion.

Yes, NZXT has their BLD program, but what we are not covering today. While it is BLD-adjacent by name, we are going to be talking about something a little more involved. While their BLD program exists for semi-custom and pre-build systems, the PC components company has introduced an interesting item into their catalogue: the BLD Kit. This is a “some assembly required” solution for those curious about trying their hand at PC building… and I, for one, am here for it!

NZXT offers two BLD kits at this time - the Intel-based Starter Pro and the AMD-based Streaming Plus options. Both come with comparable parts with the main difference aside from platform is that the Streaming Plus kit includes a 120mm AiO closed-loop water cooler for the CPU while the Starter Pro offers an aftermarket air cooler. Each BLD kit ships with an NVIDIA GeForce RTX 3060 Ti, but the manufacturer of the GPU included may vary. At $1399 USD and $1599 USD respectively, the NZXT BLD kits may be worth keeping an eye on.

For our review, we were sent the Starter Pro BLD Kit. Here is what was in the box:

If you are interested in seeing the unboxing and my initial reaction to the parts, you can find that here:

Along with the parts, NZXT included a very thick and very well designed manual (aka The Adventurer’s Map for PC Building) to make the process as whimsical and as light-hearted as possible. The illustrations and theming provide a bit of misdirection from the fact that you are actually building a gaming PC. It's gorgeously crafted with a high quality design meant to be kept around for future use. If you, however, are even more of a visual learner, NZXT created a series of videos to follow each instruction step-by-step. If you are curious, you can check those out here.

With the box open and the instructions glanced at, there was only one thing left to do: conscript some help and pass on the map. 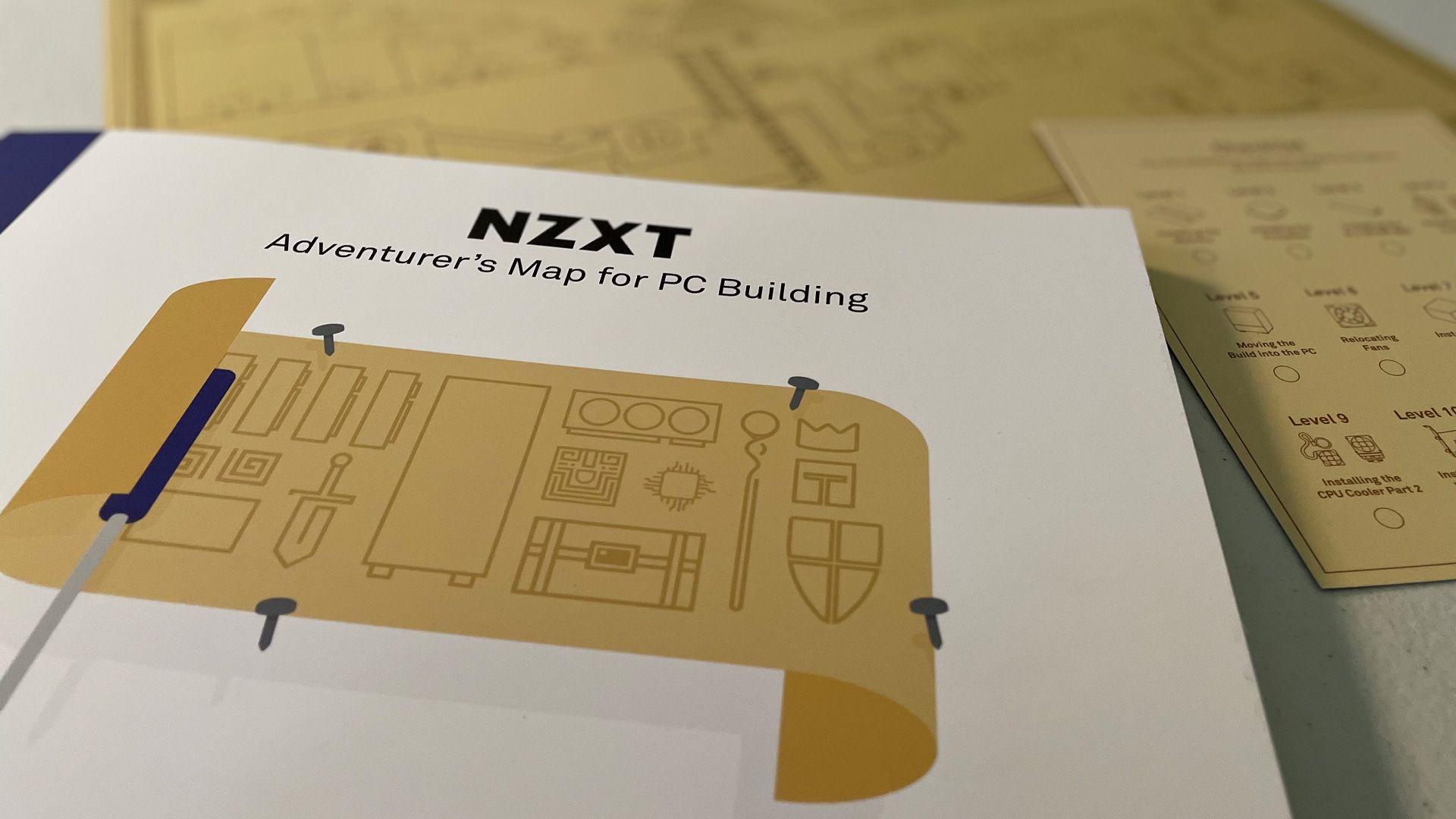 A Quest Begins! - Our BLD Process

Since I know my way around a PC case and have built quite a few, I enlisted the help of a friend who has wanted to build, but the current parts shortage did not allow him to in the timeframe he needed a machine. Feeling like he got robbed of the experience, I invited Ben to join me in the process. And by “join me,” I mean I sent him on a mighty quest... while I recorded the whole thing and evaluated it along the way.

What you have available to you here is that video. But, before you hit that play button, grab a coffee and some snacks because this is the whole process, start to finish, with only a few moments of the process sped up or cut out.

(If you want to know what was cut out: it was about 30 minutes of cable management. You are welcome.)

The build process, including some first-timer mistakers and tag-ins for assistance, took us around 2 and a half hours to complete. He did struggle a bit with mounting the CPU cooler right the first time, so I coached him as best as I could before he asked me to tap in. The issue? He was very concerned about crushing the CPU or bending pins. This is a healthy fear!

While I have a bit of a bias, I think Ben did a nice job for his first time building a PC. He even applied a few tricks he learned from his experiences working on a Mustang or two!

After sharing the unboxing video shortly after receiving this kit, there were two major questions I was received: “how well does it perform” and “is it worth it?”

When it comes to value, NZXT is pretty spot on with the costs. I ran the numbers at PC Part Picker, choosing each item from their gallery. Without the GPU and without applying any discounts or rebates, the cost came out to $778.12 USD. While writing this review, I kept track of a few comparable iterations of the RTX 3060 Ti that popped up in some popular retail shuffles. The prices of the few I saw were between $579.99 and $609.99 for entry-level versions of the GPU.

At the low end, that only leaves about a $40 difference between the cost of the kit and the cost of buying the individual parts. This number isn’t even including the cost of the toolkit. That cost feels pretty marginal when considering the quality of what was curated for our box. The only slight caveat I would give with this statement is that some parts (such as motherboard and GPU) may be different depending on what is available, so your mileage may vary slightly.

As far as performance goes, this is an entry level gaming PC. Once we had the system powered on, Windows 10 fully updated, and the appropriate drivers installed, we ran a few synthetic benchmarks to give us baseline performance numbers. The results were pretty incredible for a PC of its caliber. 3DMark charted its performance in RTX/DLSS tests of 1440p and 1080p to be between ~72 and ~105 frames per second in Performance mode while pure rasterization in games like Apex Legends, Battlefield V and Fortnite held steady above 100 FPS at both resolutions. If you are interested in more metrics from the RTX 3060 Ti, you can check out our review of it here. 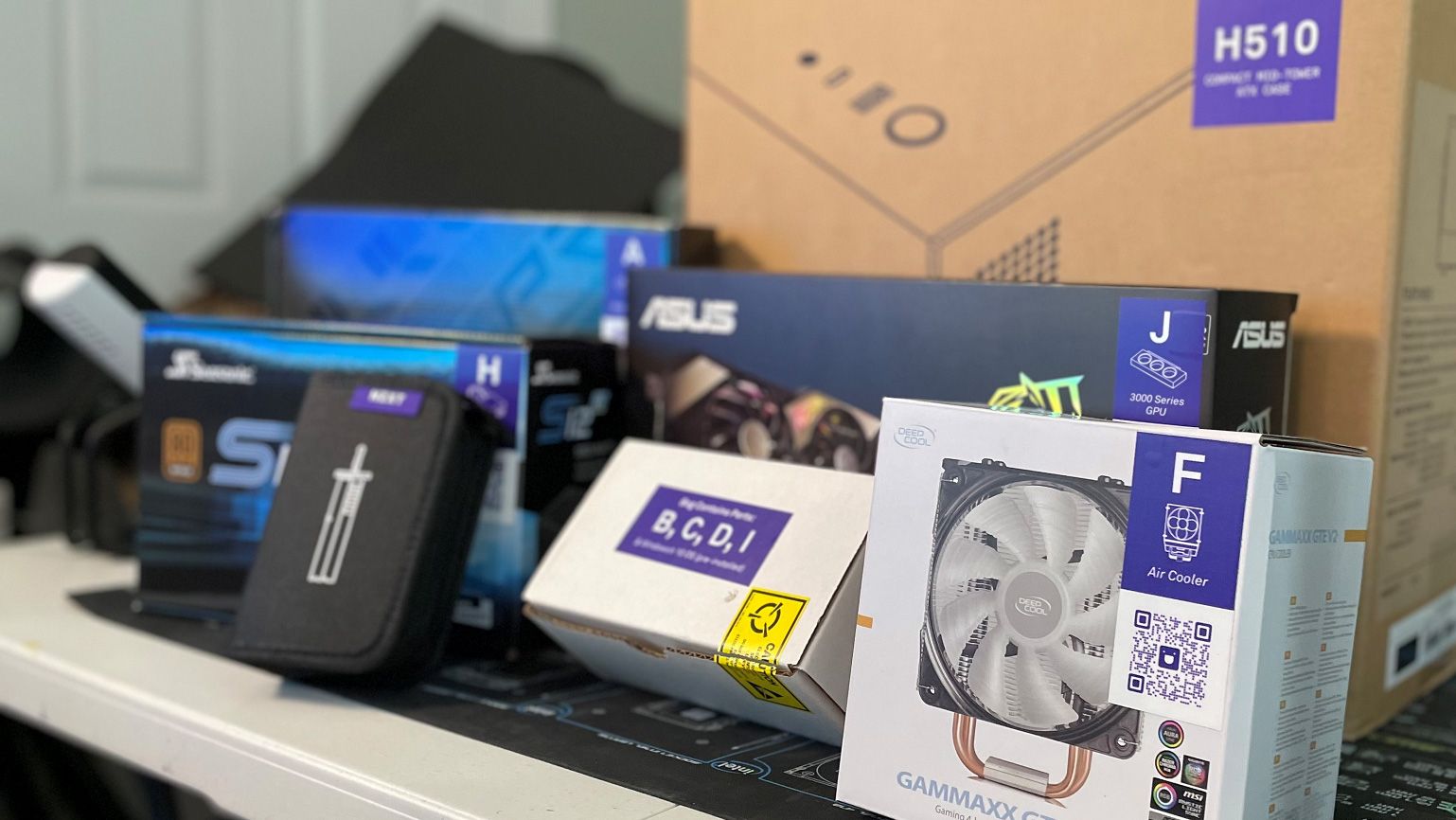 For $1399 USD, this is a pretty nice starter rig, especially when you consider its potential as a platform for upgrading. Is it going to be the ultimate experience? No, but that’s not what you’re buying with the Starter Pro BLD Kit; you’re buying into a PC building experience that gives you everything that you need to succeed, including the PC at the end of it.

In a weird way, NZXT encapsulated a similar bit of the experiential magic of building a lightsaber at Walt Disney World. Is it the best collection of curated parts? Naw. Are they still good parts? For the most part. Will they work? Ours did. Did it cost some extra money? Yep. Is it a memorable experience? Absolutely.

And that is what is so incredibly special with the BLD Kits. Whether you are a gamer looking for a new experience or a parent and child looking to share quality time together, NZXT has provided an on-ramp for people curious about building their first PC - without the fear of choosing incompatible parts or fighting the Newegg Shuffle boss for an impossible-to-find one!

For me, it was neat to watch Ben build. Seeing his first looks at each part from a closer vantage point and to see him gain a newfound respect for what he is looking at when he looks at his own system is something really difficult to put into words. In a conversation after recording, Ben shared that having the illustrated directions and the guided steps helped to demystify the process. While he admitted that he was still mildly terrified of breaking something, he would definitely build again if the opportunities arose. 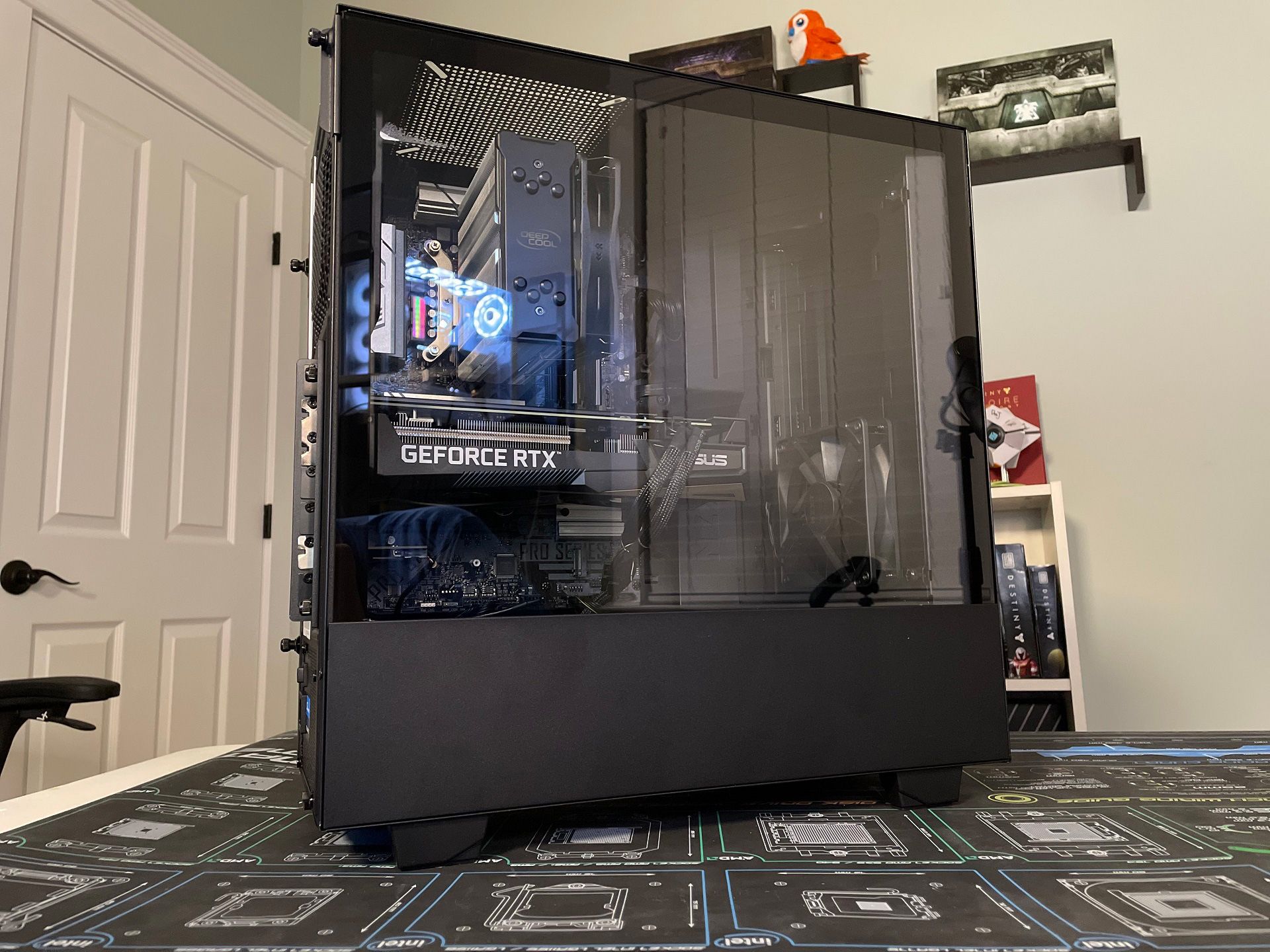 Because I want the same for you, too. I want you to be comfortable enough, if you aren’t already, to build your own PC. I want that for anyone with an inkling of interest to learn how to - young, old, and everyone in the in-between. Why? Because it’s fun. Because it’s a skill that may be helpful in surprising ways. Because it may just take the mystery away from the process and save you money in the long run.

In my book, all of these are good things.