Back in 2021, I had the opportunity to check out ZHIYUN’s Smooth Q3 phone gimbal. At the time I was impressed by its basic function but some of the design choices and software paywalls left me a bit underwhelmed. Overall it was a solid unit and one I thought had the potential to be a great starter tool for content creators. Jumping back to the present, ZHIYUN is back with the newly released Smooth Q4. This updated phone gimbal aims to sharpen and hone the gimbal experience and offer a welcome upgrade to the Smooth Q product line.

After a couple of weeks of field testing (I literally tested it in a field at one point), I’ve had some time to run this gimbal through its paces. Is it really the welcome update to the Smooth Q line that it hopes to be? Better still, is it worth upgrading from your existing phone gimbal? Grab that coffee, kick back and find out in our review of the ZHIYUN Smooth Q4 phone Gimbal provided to us by the good folks over at ZHIYUN.

Last year, when I was reviewing the Q3 one of the issues I had with it was its slide arm design. It made the whole system feel a bit bulky and hard to pack away. Thankfully the Smooth Q4 has learned from that experience and offers a full redesign of the gimbal. Gone is the sliding arm and in its place is a collapsible, compact arm that fits nicely along the side of the handle when not in use.

The unit itself is comprised of hard plastic with a rubberized grip, making it feel both sturdy and secure in your hand. To further support that security is an included wrist strap that fastens to the handle of the gimbal. The button layout is similar to the Q3 and has a solid, tactile response. 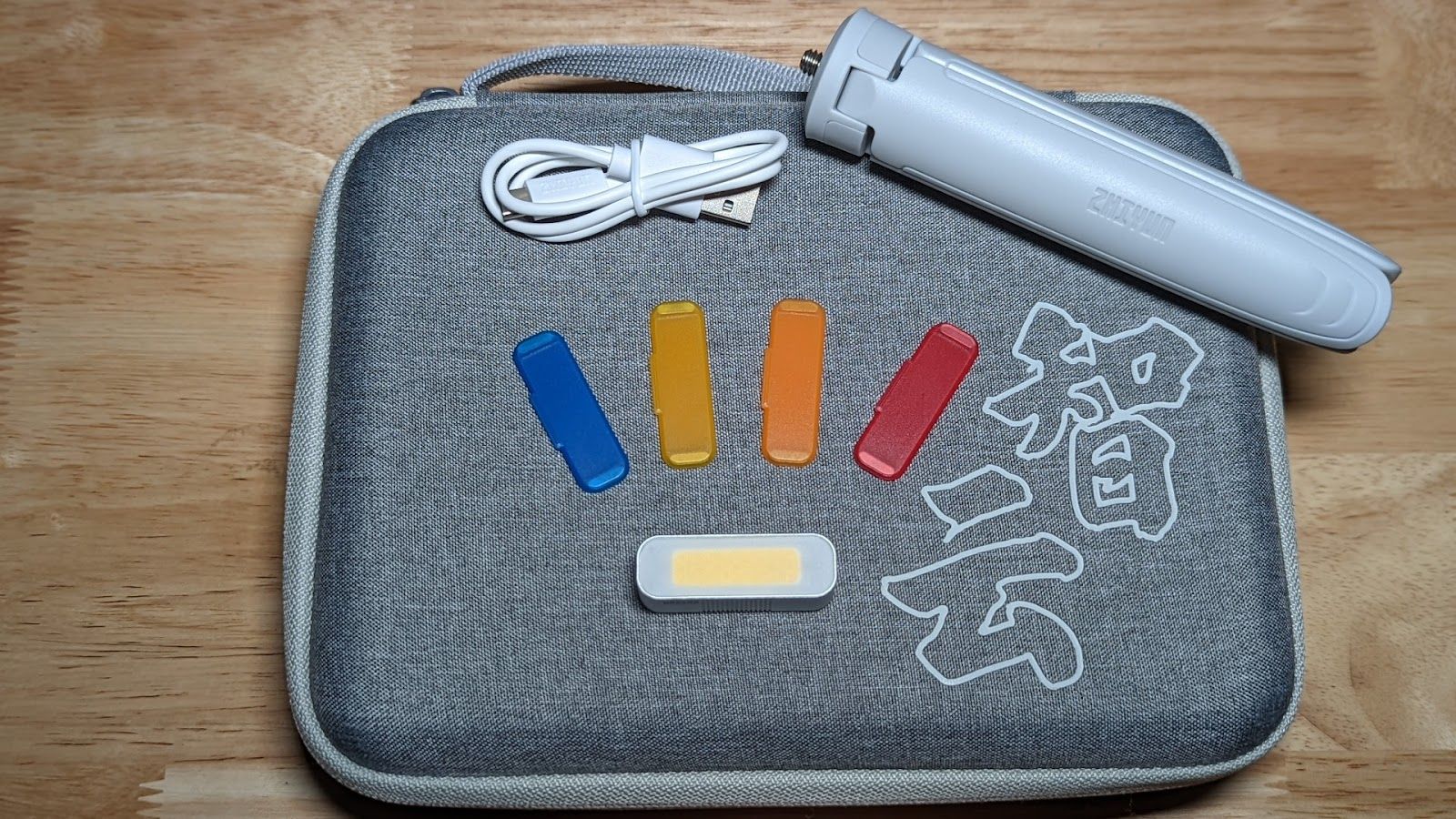 ZHIYUN sent over the combo creators kit for me. Along with the gimbal, tripod, and charger cabal (all of which come in the standard package), I also received the detachable LED light with color filters, carrying case, and a 1-year subscription to their ZHIYUN Prime app. The whole package fits nicely into the carrying case and makes travel easy.

Much like the Q3, the Smooth Q4 feels solid and sturdy to use. One of the standout design changes is the extendable rod arm that allows for some interesting and unique shots. Even when the arm is fully extended you can still use all the functions of the gimbal.

Another updated design is the detachable, double-sided magnetic fill light. The Q3 did have a dedicated light that could be positioned for both cameras but it wasn’t nearly as powerful as the new magnetic fill light. Four color filters are included with the combo pack allowing for some additional lighting options. 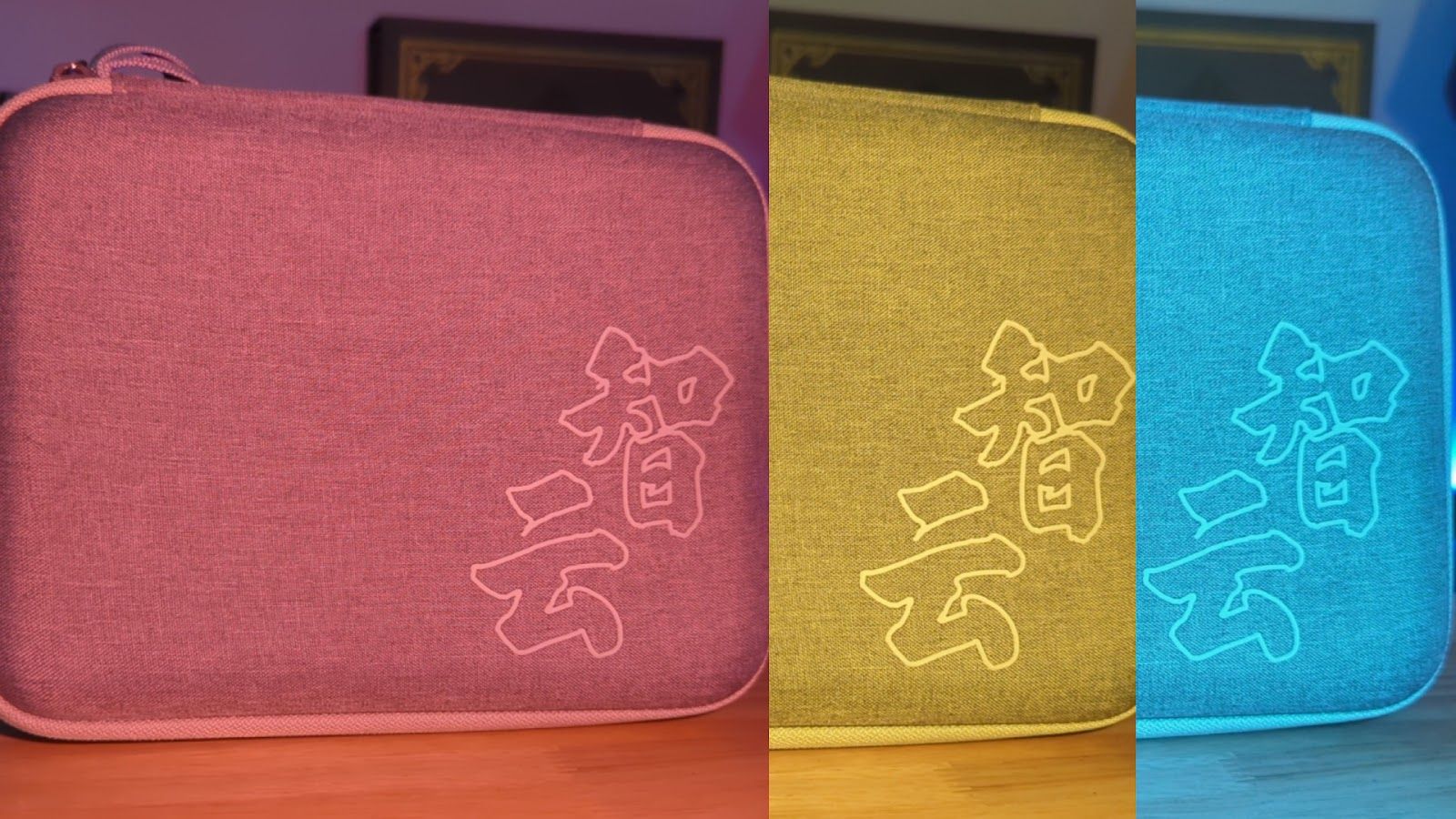 Overall, the Smooth Q4 is a design upgrade from the Q3, offering some much-needed design updates. I appreciated everything that came in the combo package but wanted to note a couple of things that seemed a bit odd.

While the detachable fill light is a superior light to that of the Q3, it isn’t included in the standard package. It does seem a bit odd to me that a feature that was standard with the Q3 is now an add-on for the Q4. To their credit, though, ZHIYUN has included the tripod with the standard package this time around. It was an upgrade from the Q3 that was only available with the combo. 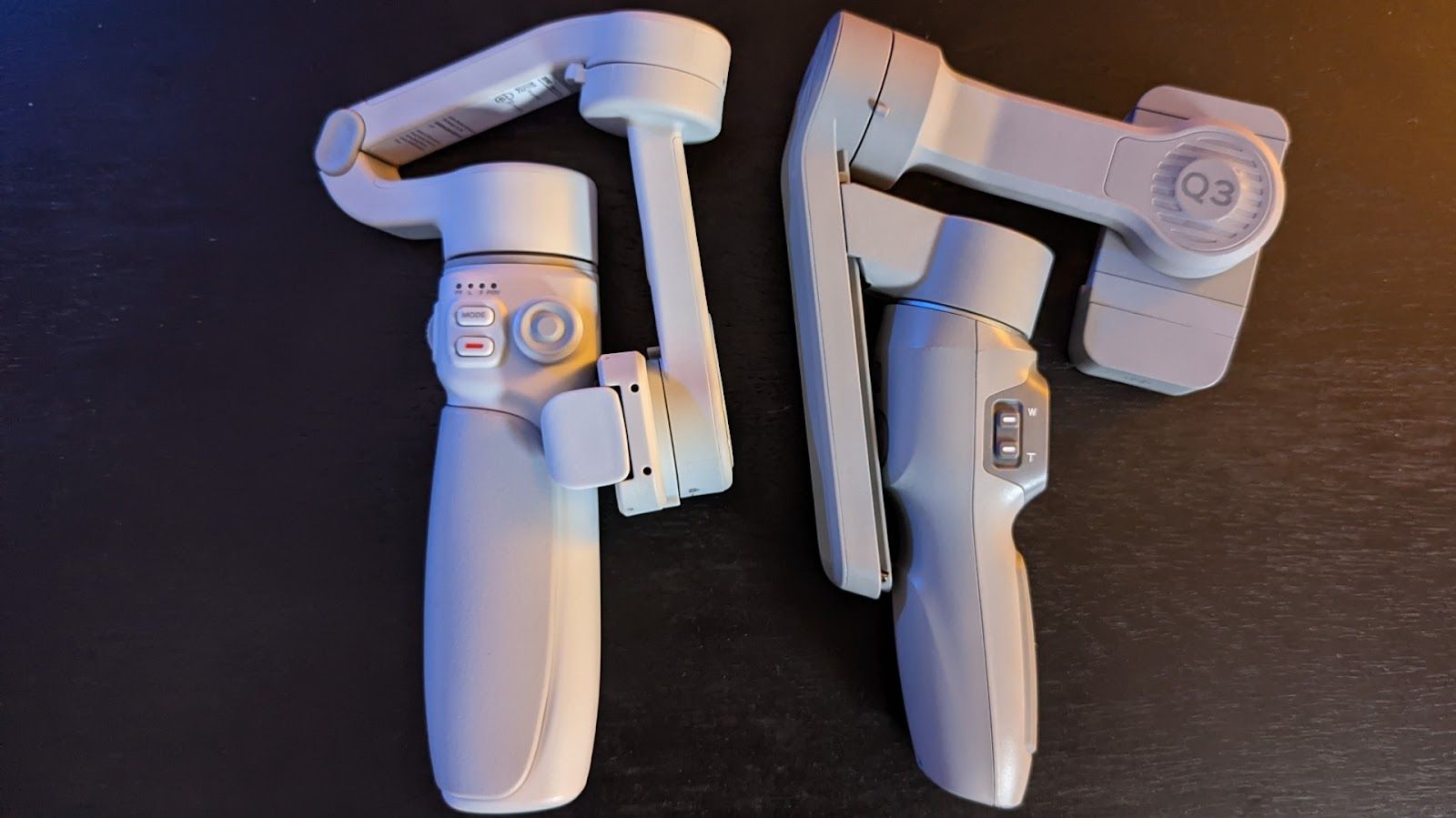 The other odd thing is that the safety wrist strap is only available with the combo. It's a standard safety strap that should be included with every gimbal due to the very nature of using a gimbal. Regardless, everything about the Smooth Q4 Gimbal design is a well-designed upgrade from the Smooth Q3.

The Smooth Q4 is a pretty smooth(pun intended) experience to use. Connecting to your phone via the free ZY Cami app on the Appstore or Play Store, the Gimbal had no problem finding and connecting to my Pixel 6. This is a notable improvement over my experience with the Smooth Q3 which had some connection issues when pairing with my Galaxy Note 10 at the time.

Once connected you can run every function and feature for filming from the Gimbal as long as you are in the app. The Q4, like the Q3, comes with 6 shooting modes; Pan Follow, Lock, Follow, Point of View, Vortex and Go modes. Pan Follow, Lock, Follow and POV all work exceptionally well. In fact, in my testing, I was impressed at how well the gimbal could keep up with what I was tracking. The three-axis system auto-calibrates fairly fast and didn’t have any issues adjusting to what I was throwing at it. Much like the Q3, the Smooth Q4 excels at stabilizing the shot while on the move.

Vortex mode feels more like a gimmick than a full-on mode. It essentially lets you do a spin-like effect in your shot by holding up or down on the directional stick. This does have some limitations though. Because of its design, you cannot do a full 360° spin effect. I can’t see myself ever really needing Vortex mode as there are far more creative and easy ways to make transition shots with the gimbal.

Go mode essentially makes the gimbal much quicker to respond to your movement for those moments when you need to catch the action shots. In my testing, the gimbal reacted fairly well to my quick movements though there were a few times when it struggled to keep up. For the most part, though, Go mode did provide the needed stabilization for those action moments. 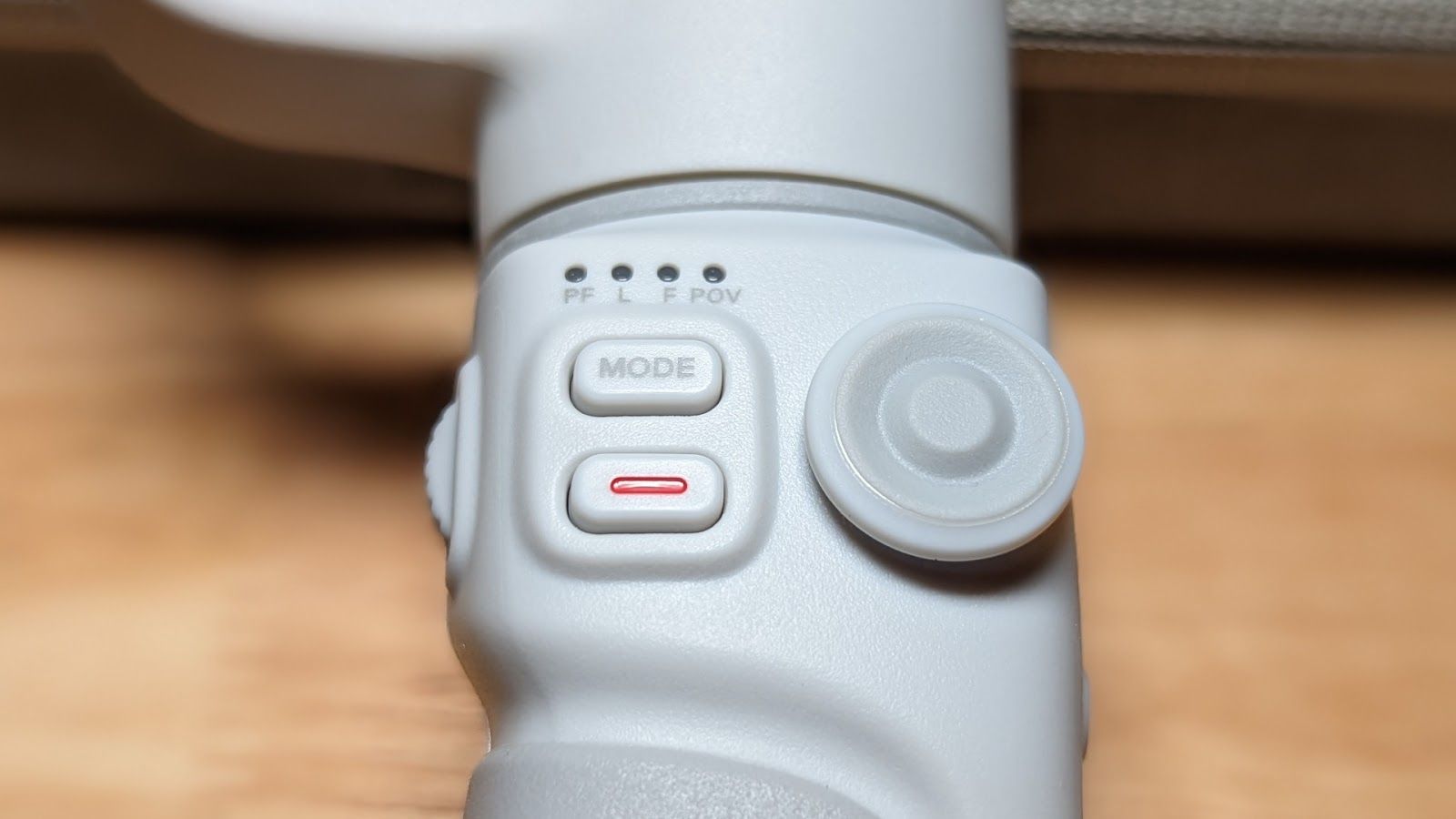 The Smooth Q4 attempts to leverage the buttons on the gimbal so that all of the filming processes can be handled without ever needing to touch the phone. Its actually a pretty solid system but can feel a bit overly complicated at times. Unfortunately, there aren’t any clear instruction manuals that I could find to learn all of the many button combinations. As a result, it takes a lot of trial and error to get the hang of using the gimbal to control all the aspects of filming.

This really was my biggest critique of the hardware. The learning curve to master the device is not necessarily difficult but rather just complicated due to a lack of instruction. Though there are some great tutorials in the app software, none of them highlight the modes and how to leverage them well. As for the quick access buttons, you’ll find a smattering of instructions on them throughout the tutorials but nothing that clearly lays out all of their capabilities.

As with the Q3, the smooth Q4 comes with access to the free ZY Cami app. The base app allows you to access all the basic features for filming as well as things like Dolly Zoom, Timelapse and Hyperlapse. A noted update from the Q3 app is support for 4K/60FPS filming; something I noted was lacking with the app when I reviewed the Q3.

Dolly Zoom is a decent effect that simulates a full dolly zoom shot without the need for said dolly. In practice, it worked decently and I could see myself using it for very specific shots. Timelapse and Hyperlapse both work well and are easy to set up with the app.

There are a few other features that I conceptually like but that come with a caveat. The first is the included editor. Functionally it's great for quick shorts or highlight reels you want to post to youtube or Instagram. It comes with some great filters, audio samples and templates to create some fun little videos. It's basic but functional and great if you’re in a rush and need to edit content. What is odd though is that you cannot upload your completed projects from within the app. You have to export them to your phone and then upload them through their respective apps. It feels like a bit of a missed opportunity.

The app comes with some pretty fun features but I did notice a couple of paywalls that keep it from being awesome. For starters, you cannot export anything in 4K without the ZHIYUN Prime membership. At the time of writing a one-year sub will set you back about 20 USD. It is worth noting that If you purchase the combo package you will receive a one-year subscription as part of the package.

Another concern I noted is that the only supported streaming service that I recognized on the app was Restream which happened to also be behind that membership paywall. Other things like exclusive music online editing and additional templates are all tucked securely behind that paywall.

Thankfully these things aren’t needed to utilize the gimbal but might be a concern if you stream or want to export from within the app 4K. Otherwise, you can capture all your videos and export them to your favorite editor without issue. 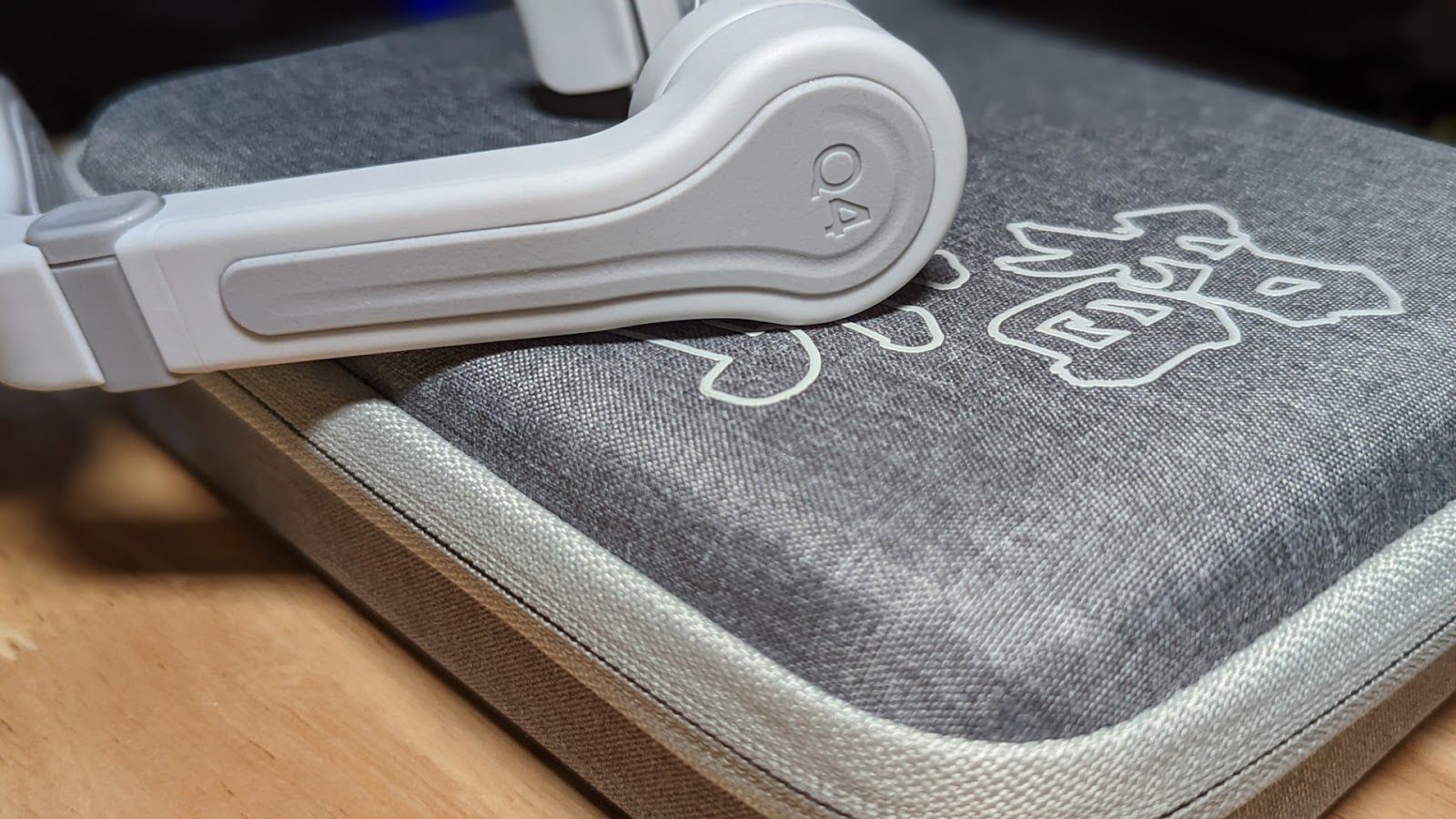 The ZHIYUN Smooth Q4 is a notable upgrade from the Q3. Its new foldable design and detachable light are a step up from the previous model. Not to mention that the gimbal itself is sturdy and responsive to use. Some odd choices, like including the light in only the Combo package or Restream being behind a paywall do take away from all that the Smooth Q4 has to offer.

The real question though is whether or not it's worth getting a Smooth Q4. If you are currently in the market for a phone gimbal the Q4 is a solid choice though I do recommend shelling out the extra for the Combo package. If you already have a gimbal like the Q3 it might be worth holding on to what you have and seeing what ZHIYUN comes out with next. Priced at 149.99 USD on Amazon, the Smooth Q4 is a solid offering for those looking for a phone gimbal.

The product described in this article was provided by the manufacturer for evaluation purposes. The article contains affiliate links that go toward supporting the site. Authors are not compensated based upon clicks or commissions.