It would be an understatement to say that we’ve seen a thing or two here at MMORPG.com when it comes to peripherals… and the Marsback Zephyr PRO RGB simply adds to that list. This mouse promises to take a bit of the sweat out of sweaty gameplay sessions with its honeycomb design and built-in fan. Yes… you read that right: it has a fan - and I don’t just mean someone who really, really likes it.

In this review we are going to share about our experience with the Zephyr PRO, it’s functionality, and answer the age-old question: does it work? 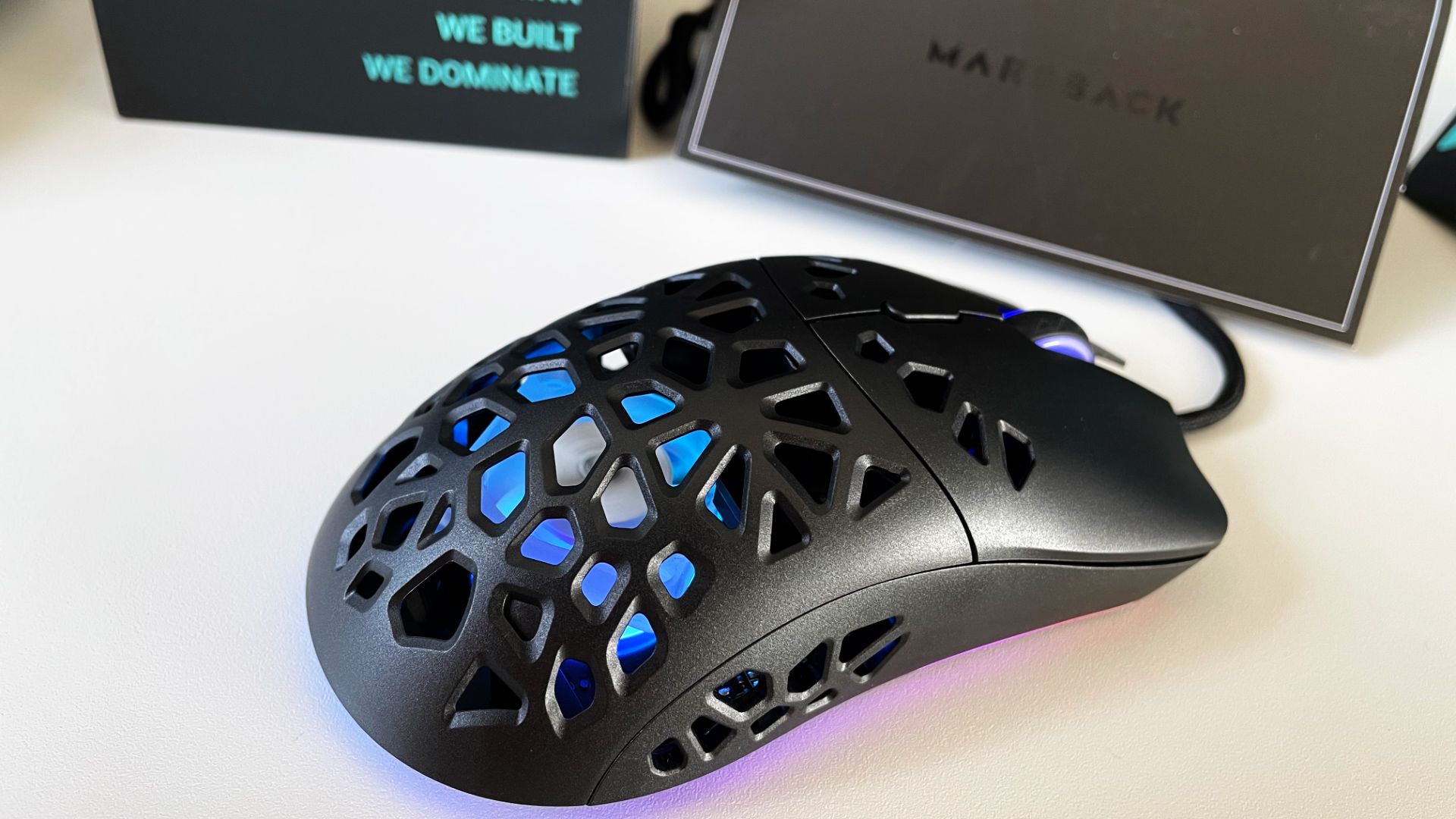 In case you aren’t familiar with the company, the Marsback story begins in 2018 with a group of millennials and a philosophy: to think and innovate with the consumer in mind, to build those “dream products,” and to dominate the future of the gaming space. This is a rather ambitious goal, for sure, but when you look at their early catalogue of products and their recent Kickstarter for their M1 mechanical keyboard, Marsback seems to have their eyes fixed on their goals. The Zephyr PRO RGB is no exception.

Built on Marsback’s experience with the original Zephyr gaming mouse, the Zephyr PRO RGB picks up where it’s predecessor left off. By reducing the noise and vibration of the original, adding software customization, and on-board memory to store your preferences, the Zephyr PRO RGB (mostly) fits its name. (More on the “mostly” side of that in a bit.)

Much like the original Zephyr, the Zephyr PRO RGB is equipped with OMRON switches. These switches are fairly ubiquitous with gaming mice as they are rated for over 20 million clicks over their lifetime. As an obsessive clicker, especially in ARPGs, I have yet to wear one down. These are meant for the long haul.

Keeping with the comparison, the Zephyr PRO RGB utilizes a PixArt PMW3389 optical sensor. This sensor, much like the OMRON switches, can be found in many high-caliber gaming mice on the market. The Razer Naga Trinity and Deathadder both utilize this sensor. Reaching speeds of up to 16,000 DPI with polling rates reaching 1000Hz and PTFE feet to reduce drag, the Zephyr is physically light with a responsive sensor to keep up with your speeds. 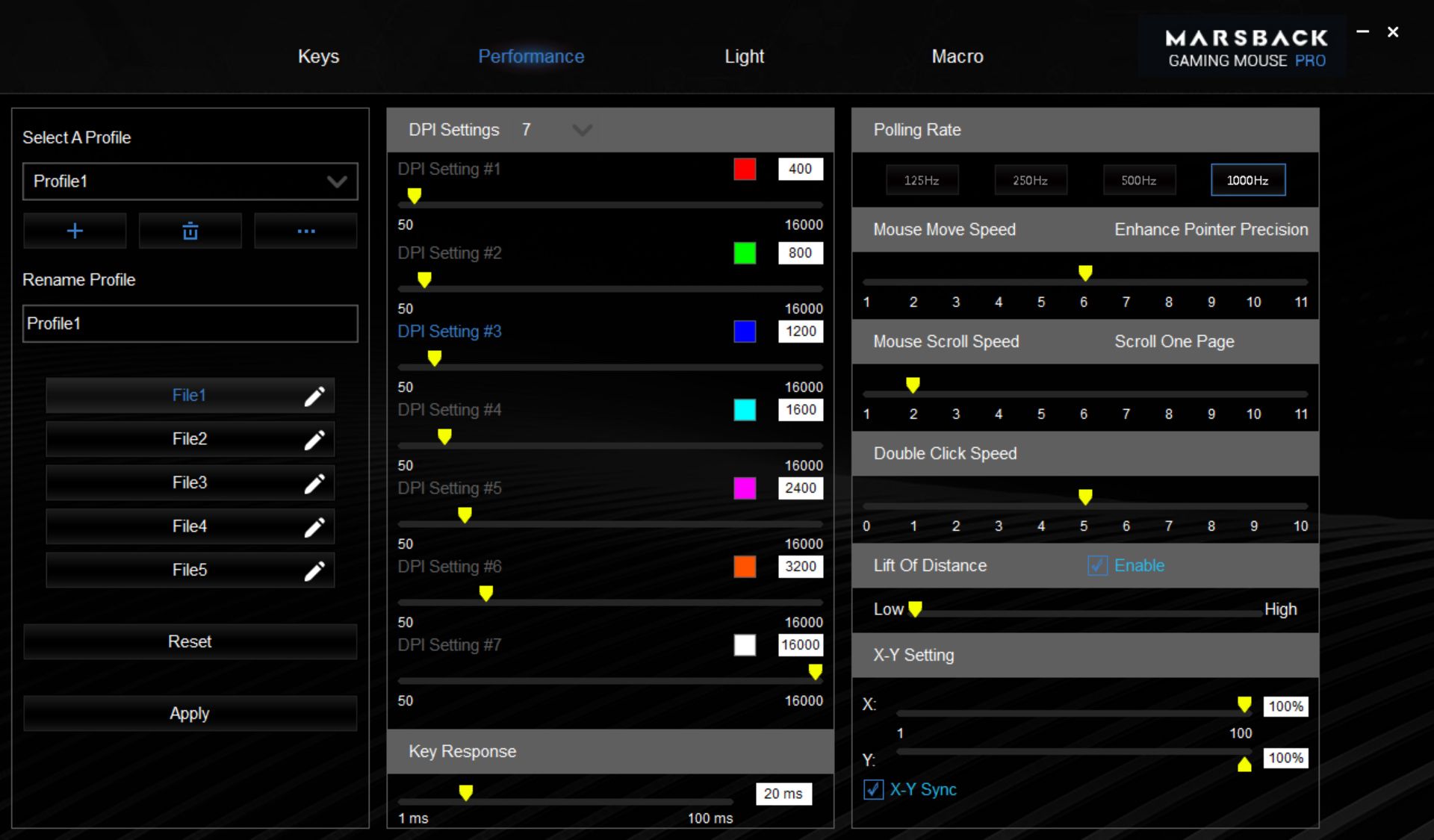 Speaking of speed, the Zephyr PRO RGB has a DPI switch with options for five different speed intervals. These can be changed via a DPI switch on the top of the mouse and can be programmed via a software application. This application is functional, but, in my opinion, feels a bit like a reskin of software that we have seen before with other products, such as the Enhance Theorem. While a touch rudimentary, it gets the job done by providing simple controls for the RGB settings, DPI speeds, and button programming. 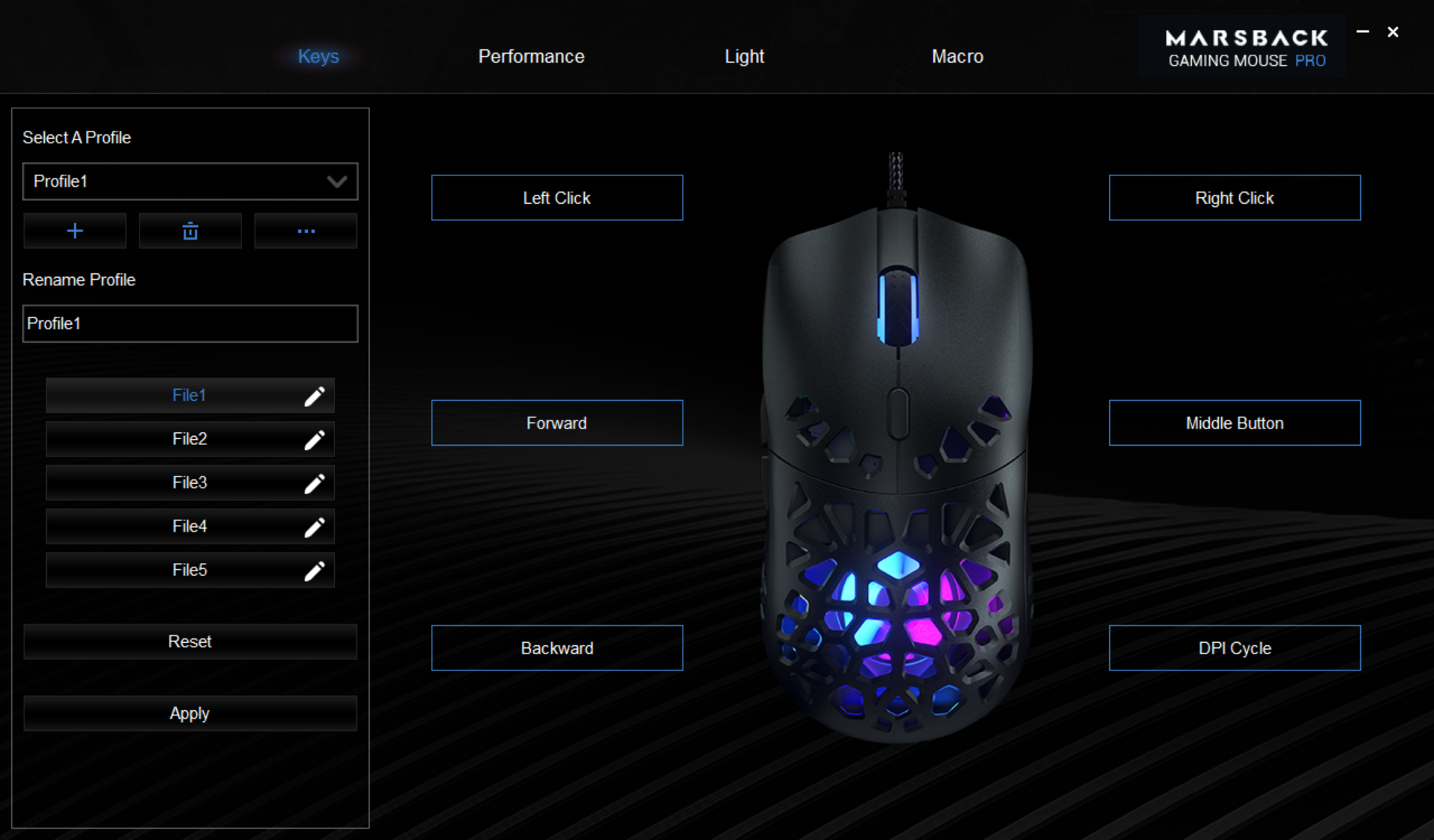 From a design standpoint, the Zephyr PRO RGB follows a bit of a newer tradition in gaming mouse options with it honeycomb-like design, but I would not quite categorize if with similarly styled mice like the CoolerMaster MM710, because, while light, I would not call it an ultralight: it has a little bit of heft to it. That’s not necessarily a bad thing, but it is one feature that helps set it apart from the pack; that major feature is the built-in fan.

Of all of the features the Zephyr PRO RGB is built around it is the palm-facing fan. Marsback promises that this fan provides a “stronger cooling blast into your palm…” to “effectively evaporate sweat.” To that end, it… it is an odd sensation at first. The breeze from the fan isn’t overwhelmingly strong, but its presence is certainly felt.

With everything we covered in detail during our review, we kept our eyes on the promise the Marsback Zephyr PRO RGB gaming mouse makes: to take the sweat out of sweaty. In that regard, it does deliver on a couple of levels. Let’s break it down:

From a literal standpoint, the built-in fan on the Zephyr provides a slight cooling effect during use. While it isn’t like sticking your hand in front of a box fan, the breeze is subtle and noticeable. The fan speed does have its pros and cons - it is silent and effective, but there is no control other than to turn it on or off. With its low noise level, there really is no reason not to utilize it.

From a construction standpoint, ultralight mice like the Zephyr PRO RGB always make me nervous. Much like I pointed out in our review of the CoolerMaster MM710, there are concerns I have about the long-term cleanliness, potential for catastrophic failure due to “accidental baptism” (read: “I’m clumsy and usually have a glass of water around”), and that the honeycomb-like structure won’t hold up to intense gaming sessions. 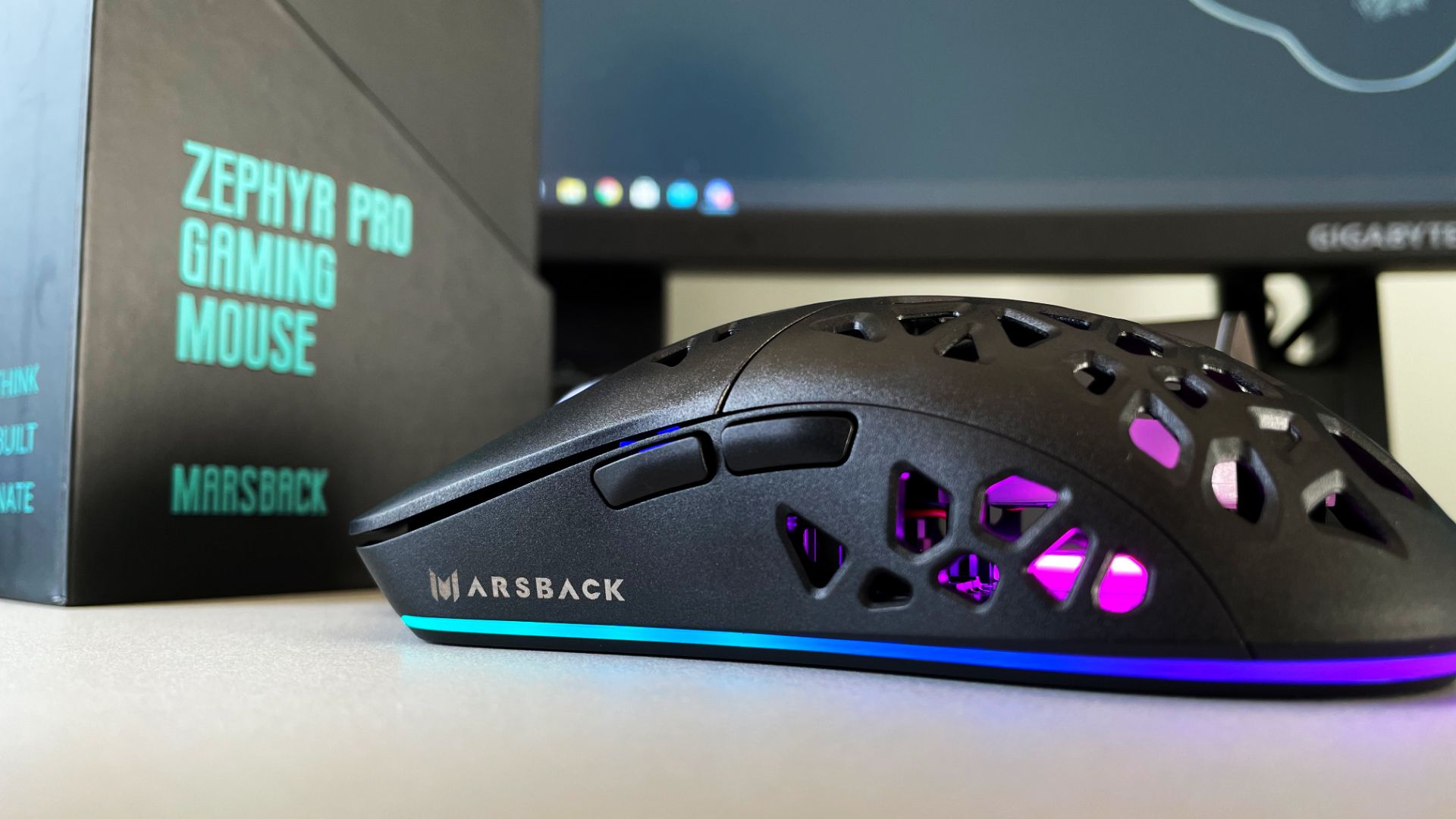 While the first two concerns are not unique to the Zephyr PRO RGB, the last one is - at least for this style of mouse. Where Marsback succeeds in this area is that the Zephyr PRO RBG does not have the structural issues that the MM710 had with side buttons being triggered by a tight grip on the mouse. This is a huge relief, especially if you are someone who utilizes every button your mouse has to offer.

Whenever something calls itself “PRO,” there are typically dollars attached to those three letters. However, Marsback delivers a gaming mouse that carries the title without the cost. From the OMRON switches and venerable sensor, the Zephyr PRO RGB is built on the same foundation that we have come to expect from top-tier gear.

If you are looking for a lightweight mouse without a hefty cost, the Zephyr PRO RGB offers a well-built option. With solid components and a fairly unique extra (the fan), we think it hints at its mark with a high degree of success.