The world of budget smartphones is changing. It used to be the case that going cheap on a smartphone meant sluggish performance and a daily reminder that you didn’t pay up. The Redmi 10 from Xiaomi is a solid effort at proving that wrong. Coming in around $200 (£199 in the UK as of this writing), this phone features an octa-core processor, up to 6GB of RAM, a 50MP camera, and a 90Hz adaptive refresh screen. It’s a full package, but is there a catch?

The Redmi Note 10 is part of Xiaomi’s budget line of smartphones. Though it’s not available in the U.S. at the time of this writing, it’s expected to cost between $200-300 USD, and is currently available for £199 on Amazon U.K. There are some clear areas where the specs have been rolled back compared to Xiaomi’s other recent releases, the 11T and 11T Pro (reviewed here), but it targets a sweet spot in the mobile phone market: the specs aren’t cutting edge, but are good enough that you might catch yourself forgetting that this is a budget device. The feature set just feels remarkably generous for the low cost of entry.

The Redmi 10 is relatively large at 6.5 inches but manages to look extremely nice. It features a Corning Gorilla Glass 3 screen and a glass back, which is available in Pebble White, Carbon Gray, and Sea Blue. I was sent the Sea Blue version. It’s pearlescent and beautiful to look at, but attracts fingerprints easily. I recommend installing the clear protective case as soon as possible to keep it looking good. 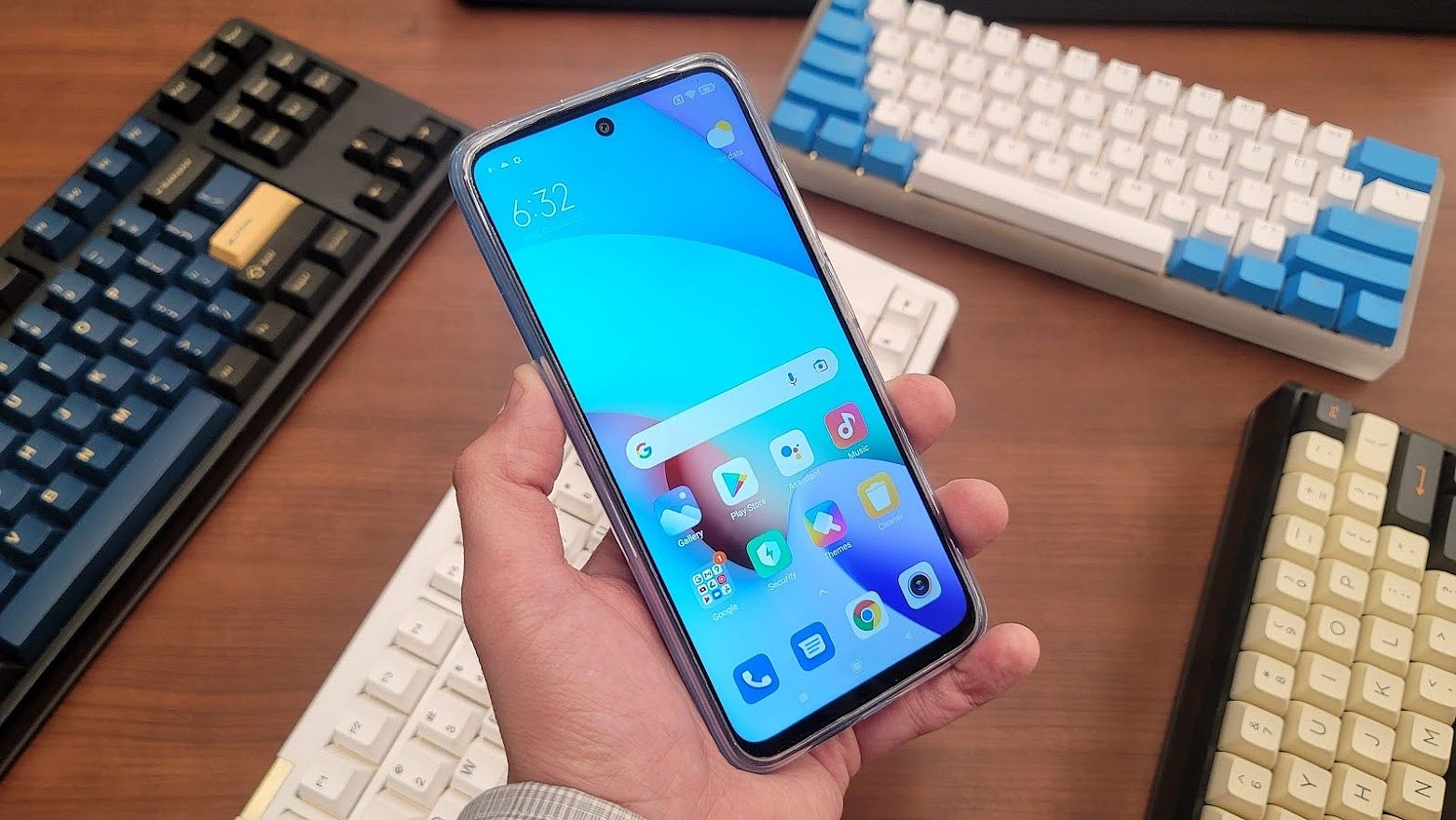 The phone is slim and feels good in the hand. After using the Note 20 Ultra for more than a year, the 6.5-inch screen is much easier to use with a single hand. The glass front and back do make it a touch slippery, however, which makes for another big reason to use the included case.

Around the rear of the phone, we have a four-camera array positioned with a pretty big camera bump. Cameras include a 50MP wide-angle lens with an aperture of f/1.8, an 8MP f/2.2 ultrawide shooter with a 120-degree field of view, a 2MP f/2.4 macro camera, and a 2MP f/2.4 depth camera. Around the front, the hole-punch camera is an 8MP f/2.0 lens. Both front and back cameras are capable of shooting at up to 1080p at 30 FPS. This is a notable drawback compared to more expensive smartphones which are now scaling all the way into 8K video but is a reasonable scale-back to keep costs in check. I would have liked to have seen 4K, but quality 1080p is usually good enough as long as the camera is of high quality. 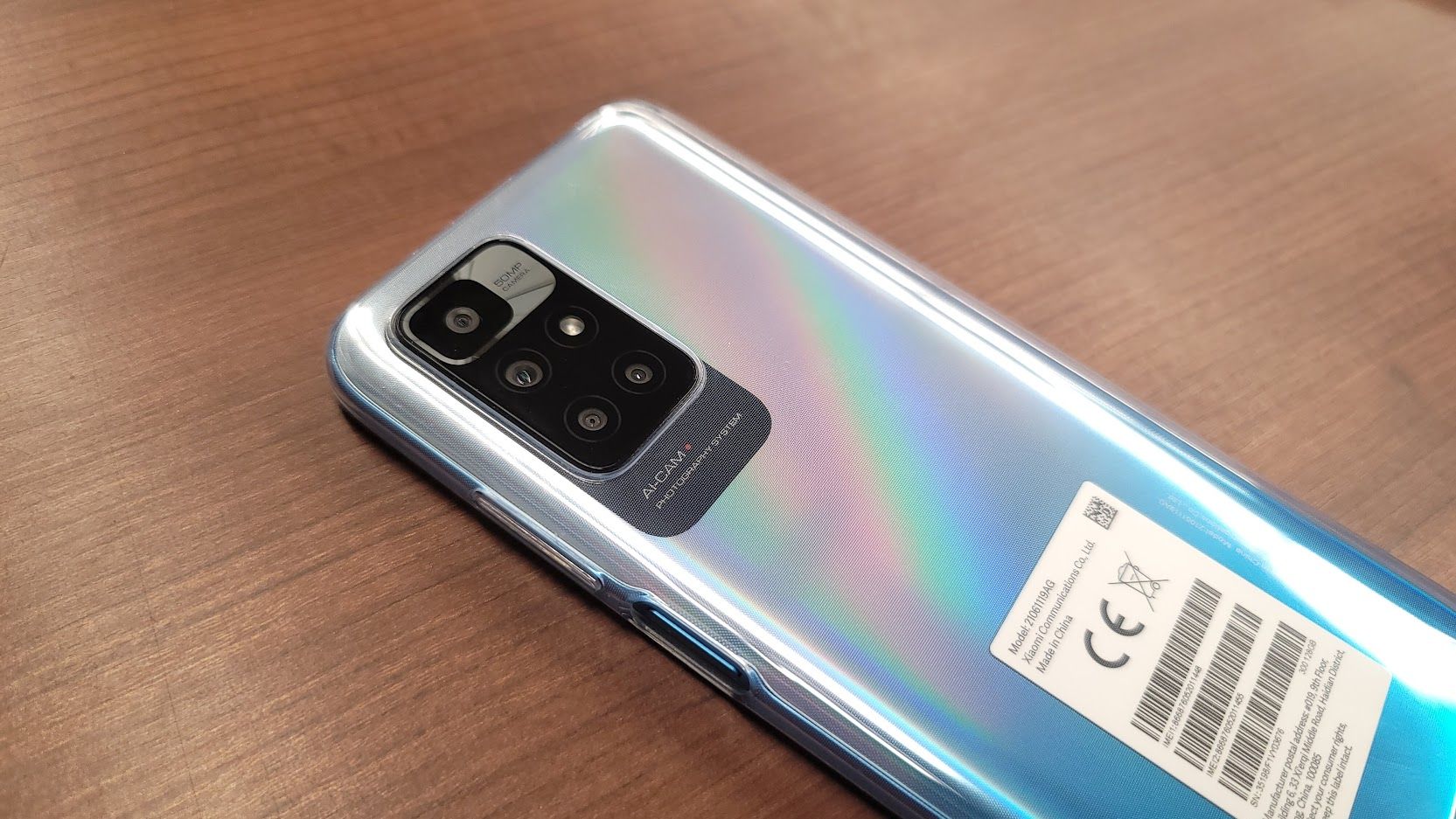 Under the hood, the phone runs on a MediaTek Helio G88 processor and comes with 4GB of memory on most configurations, 6GB on its highest-end model. It’s also available with either 64GB or 128GB of memory. The G88 is an octa-core SoC chip that can excel up to 2GHz. This chip isn’t going to compete with the latest Snapdragon processors in synthetic benchmarks like Geekbench, but it doesn’t need or intend to. Instead, it’s able to deliver reliably smooth performance in the vast majority of tasks the average user is going to use their smartphone for: browsing the web, posting on social media, capturing photos and video, and even some light gaming. This chipset also opens the door to the display’s 90Hz refresh rate.

The Redmi 10 features a 6.5-inch 1080p+ (2400x1080) display. The screen is the biggest area where it reveals its budget leanings but still manages to impress. It features a peak brightness of 400 nits — less than half that of the 11T Pro, but is still bright enough to use outdoors. It’s a basic LCD display, which means it doesn’t have the same inky blacks as an AMOLED but is fairly vibrant and crisp. It also offers wide viewing angles without any noticeable blue shift, so is easy to enjoy content from a variety of positions. The 90Hz refresh rate is also a great touch that noticeably improves the smoothness of scrolling on long web pages and is usually only found on more expensive phones. It’s quite a pleasant surprise to see it included here! 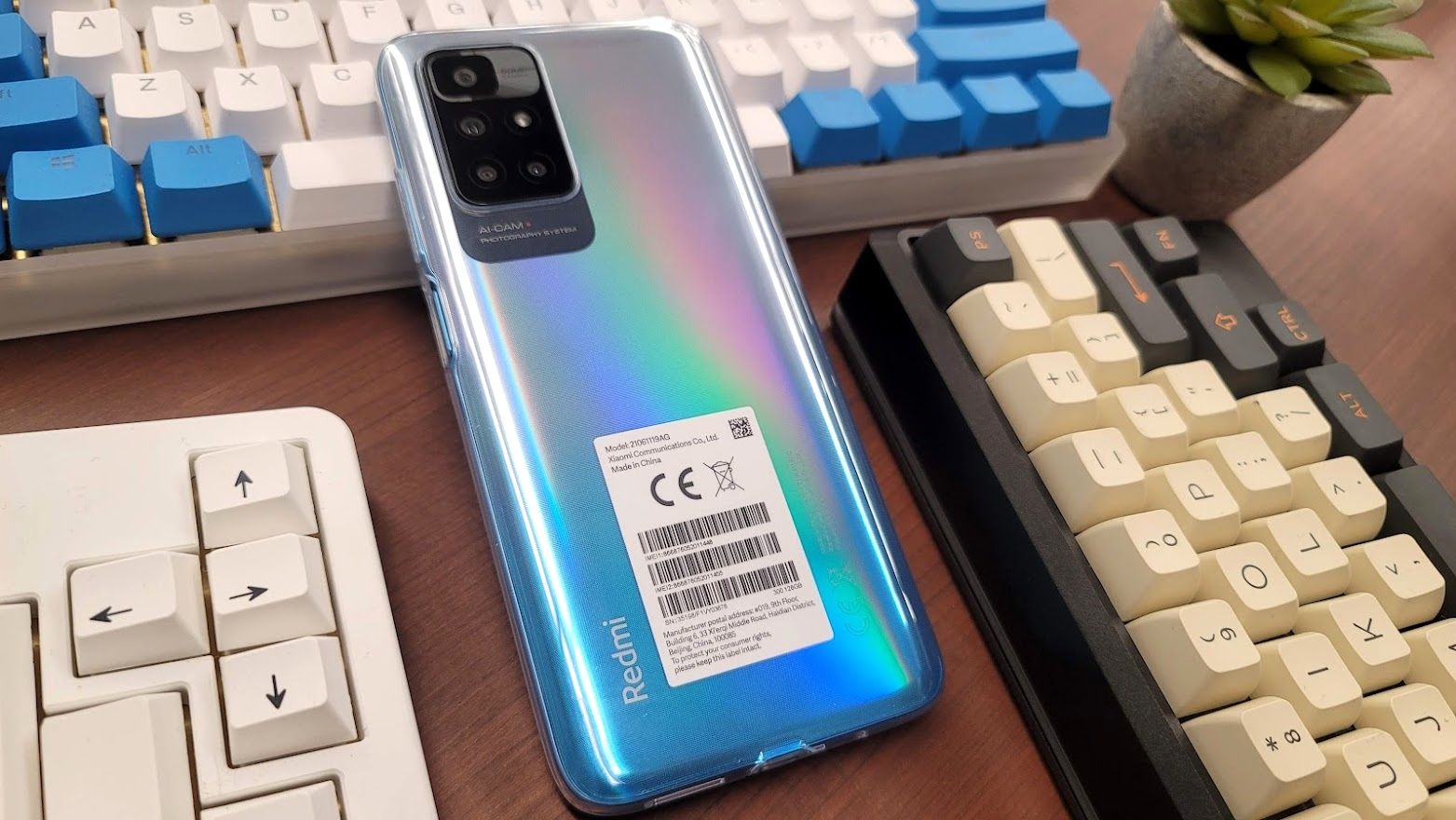 There are also other neat features worth mentioning, like the stereo speakers. They’re notably better than the mono speakers found in other phones at this price. Or the gigantic 5000mAh battery that recharges at 18W and can even provide 9W reverse charging to other devices. Or — hold onto your hats — that it includes a headphone jack that’s actually reasonably powerful. I was able to plug 32-ohm over-ear headphones into the Redmi 10 and enjoy them without a USB dongle. It’s been a couple of years since I could say that about a smartphone!

The Achilles heel of the Redmi 10 really comes into play with gaming performance. With 4GB of RAM and the embedded Mali GPU, there is some stuttering in graphically intensive games. It isn’t enough to make any game I tried unplayable but the intermittent hitches were more noticeable than on comparably new Snapdragon processors.

For most picture-taking, the Redmi 10’s camera system is pretty decent. It’s 50MP mode allows you to zoom in quite a bit without losing detail, but even without it, the camera is able to deliver crisp shots with its wide and ultra-wide angle lenses. It needs ample light to function its best, which is true of all cameras, but is especially true here unless you’re shooting in night mode.

In the above pictures, you can see the different zoom modes at play with the camera, progressing from wide, to ultrawide, to 2x digital zoom. There is a clear loss of detail in the 2x zoom shot, which is to be expected from the crop-in, but it’s not terrible and should allow for some decent shots (provided you don’t pixel peep). The wide and ultrawide are quite crisp and detailed, offering different enough fields of view to offer you quite a bit of versatility for different shooting scenarios.

Here are two additional pictures, both captured with the normal wide-angle lens. The touch-to-focus system struggled to capture the text on the earbud but generally does a very nice job of grabbing the important details in a shot. The lens also offers a very appealing natural bokeh.

Like many smartphone cameras, the Redmi 10 does fall into the trap of over-exposing shots by default. In the above two pictures, you can see the automatic exposure setting is much too bright to capture this dark-tone keyboard and blows out the highlights. This is easily fixed by sliding the brightness slides down before taking a shot, but is something to keep in mind, particularly in low light scenarios.

The macro lens on this camera isn’t great. At only 2MP, potential detail is hard limited. It also needs more light than the Xiaomi 11T, a phone whose macro lens was remarkably impressive. As you can see in the pictures in the above gallery, even in a fairly bright room with overhead LED office lighting, the pictures come out dark and quite grainy. 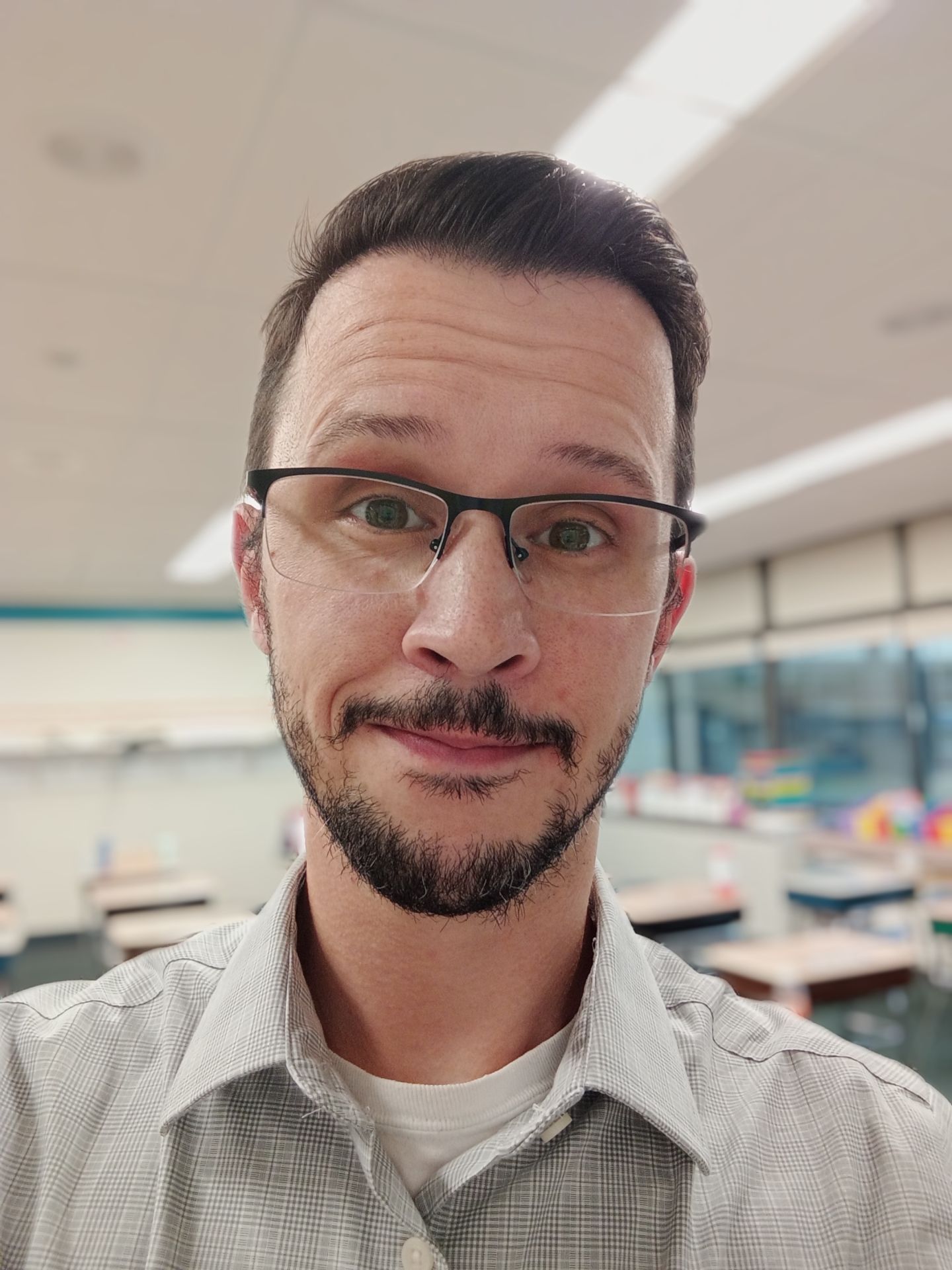 Finally, we have the 8MP front camera. Unlike the macro lens, it has no trouble gathering light and is actually quite good! It features multiple “beautify” modes, as well as portrait settings to create a convincing (and customizable) bokeh effect. The camera system is AI-driven and HDR-enabled, as well, both of which are enabled here, and it does a convincing job, especially in high-detail areas like around my hair. Even my Note 20 Ultra messes that up, despite being five times the cost. The Redmi 10 nailed it. I’m quite pleased with the front camera, even if it made me cringe to disable the beauty mode. From 25 to 35 years old again, all with one tap of the screen!

Taken as a whole, the camera system here is actually quite good for the price. You can tell that there is a little bit of processing going on with these pictures, a little sharpening perhaps, and the contrast and color balance lag somewhat behind Xiaomi’s more expensive phones. But I’ll be upfront: I expect the camera to suck. It does not suck. Macro lens aside, I would have no problem using this for family pictures and other daily snaps.

The model Redmi 10 I tested was configured with 128GB of storage and 6GB of memory. To test the performance of smartphones, my go-to synthetic is Geekbench. It provides good insight into both single- and multi-core performance with the scores it renders, while also sharing comparative scores with other smartphones that are nearby in score. Here’s how it performed:

The results here pale in comparison to the SnapDragon 888 included in the Xiaomi 11T Pro (838 single-core, 3231 multi-core) or the older SnapDragon 865 included in the Samsung Note 20 Ultra (929 single-core, 2887 multi-core) but would you expect any different? Instead, these scores place it squarely in the middle of other budget-oriented smartphones, in line with the SoC Xiaomi has gone with here.

If you’re shopping for an affordable smartphone, you’ve probably accepted from the get-go that you’re not going to be getting cutting-edge components. The good news is that this score really doesn’t mean very much that you couldn’t have already guessed. What matters more is how it performs in real-world day-to-day tasks.

And there, it’s great. Phone technology has outpaced the vast majority of tasks most of us will actually perform on a phone. Web browsing, social media, watching movies and shows, listening to music: the Redmi is snappy and responsive with hardly a stutter to be seen. The only issues I encountered were on websites built to endlessly scroll and working inside long Google Docs.

There was a bit more stutter as the site would refresh content the farther that scroll became and documents experienced more lag when typing if they were especially long (2000-3000 words, usually). These are to be expected, and could potentially limit your productivity, but neither actually prevented me from accomplishing what I set out to do. I was able to scroll that page and work in that document and neither was what I would describe as problematic.

Will this be the case on the 4GB versions? That's a bit more of an open question. For intensive tasks, 4GB is running close to the limit. For normal workloads, like browsing, email, movie watching, and social media it will be fine. I would recommend that productivity-based users opt for the 6GB model to minimize any potential slowdowns. 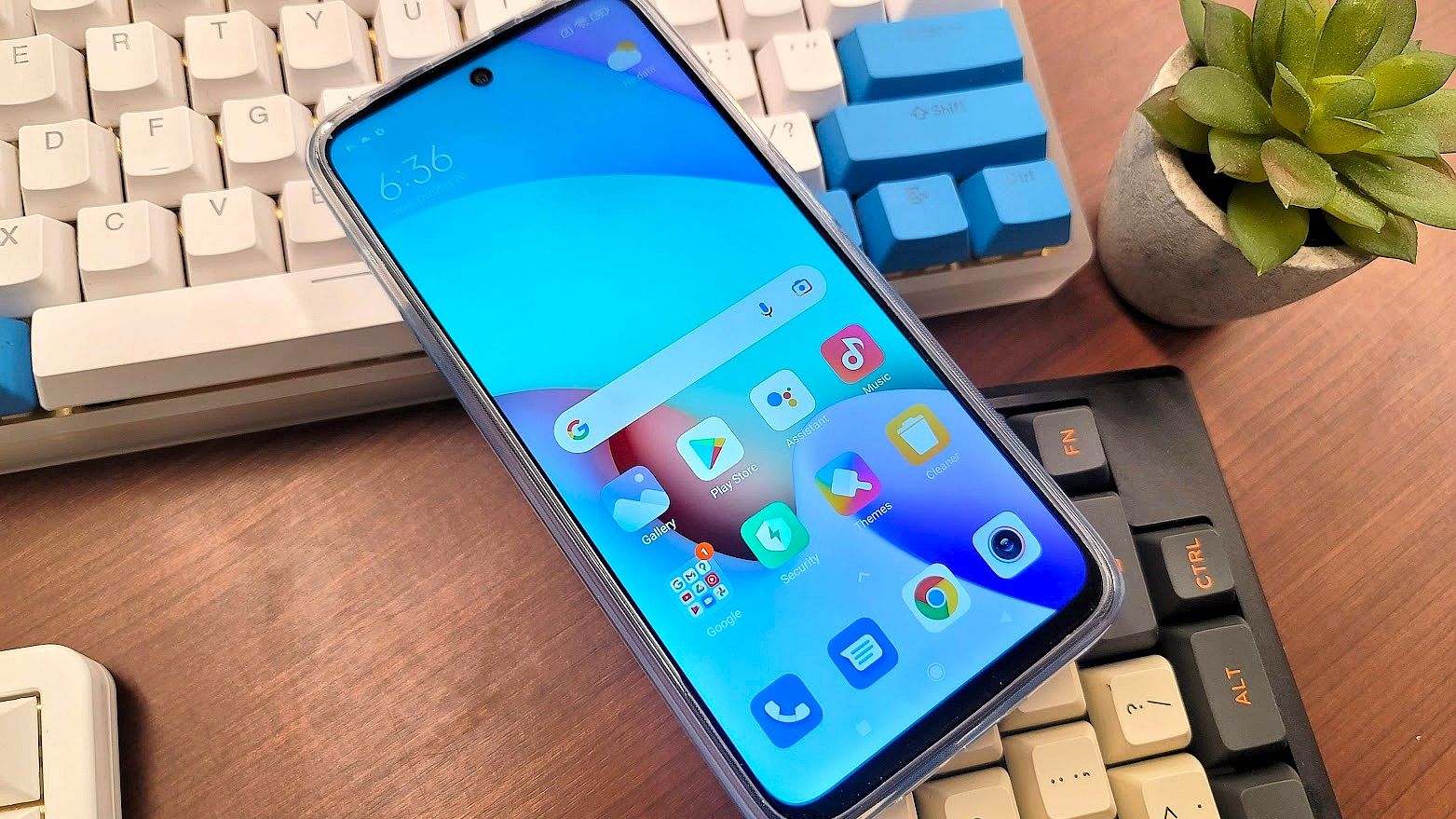 I am quite curious to see the pricing of this smartphone as it lands in the United States. Should Xiaomi number match and price it at $199, in keeping with the £199 asking price in the U.K., it would be an absolute steal. Even if it tipped closer toward $300, however, this would still be a solid buy. There are rare times when you can feel the limitations of its chipset, and the macro camera leaves a lot to be desired, but by and large this is an impressive device that punches well above its class in premium features. If you’re on a budget, it makes for an excellent choice.