Xiaomi is one of the biggest names in the smartphone business and it’s out to impress with its new Note 12 line-up. Beginning at $649 for the Note 12X and scaling up to $999 for the top-of-the-line Note 12 Pro, it aims to have something for everyone. We’ve spent the last two weeks with the Note 12 Pro and are ready to tell you whether this is the phone to buy and the results might surprise you.

As smartphones climb ever-higher in price, Xiaomi has been intent on delivering high-performing, budget-conscious options to consumers. It does this across its main Xiaomi brand as well as the Redmi line with the name-branded phones delivering higher specs and performance at prices closer to other mainstream phones. The new Note 12 series falls directly in that line-up and is made up of three phones that are intended to keep with Samsung, Apple, and Google.

For this review, I was sent the Note 12 Pro. This is the most premium model and begins at a price of $999.99. That entry-level price nets you a cutting-edge Snapdragon 8 Gen 1 chipset, 8GB of LPDDR5 memory, and 128GB of onboard storage. You also get a trio of 50 MP cameras on the rear, including wide angle, ultrawide angle, and telephoto lenses. More on that later, but these cameras are crisp and do an impressive job in detail and software process in both well-lit and low-light situations. 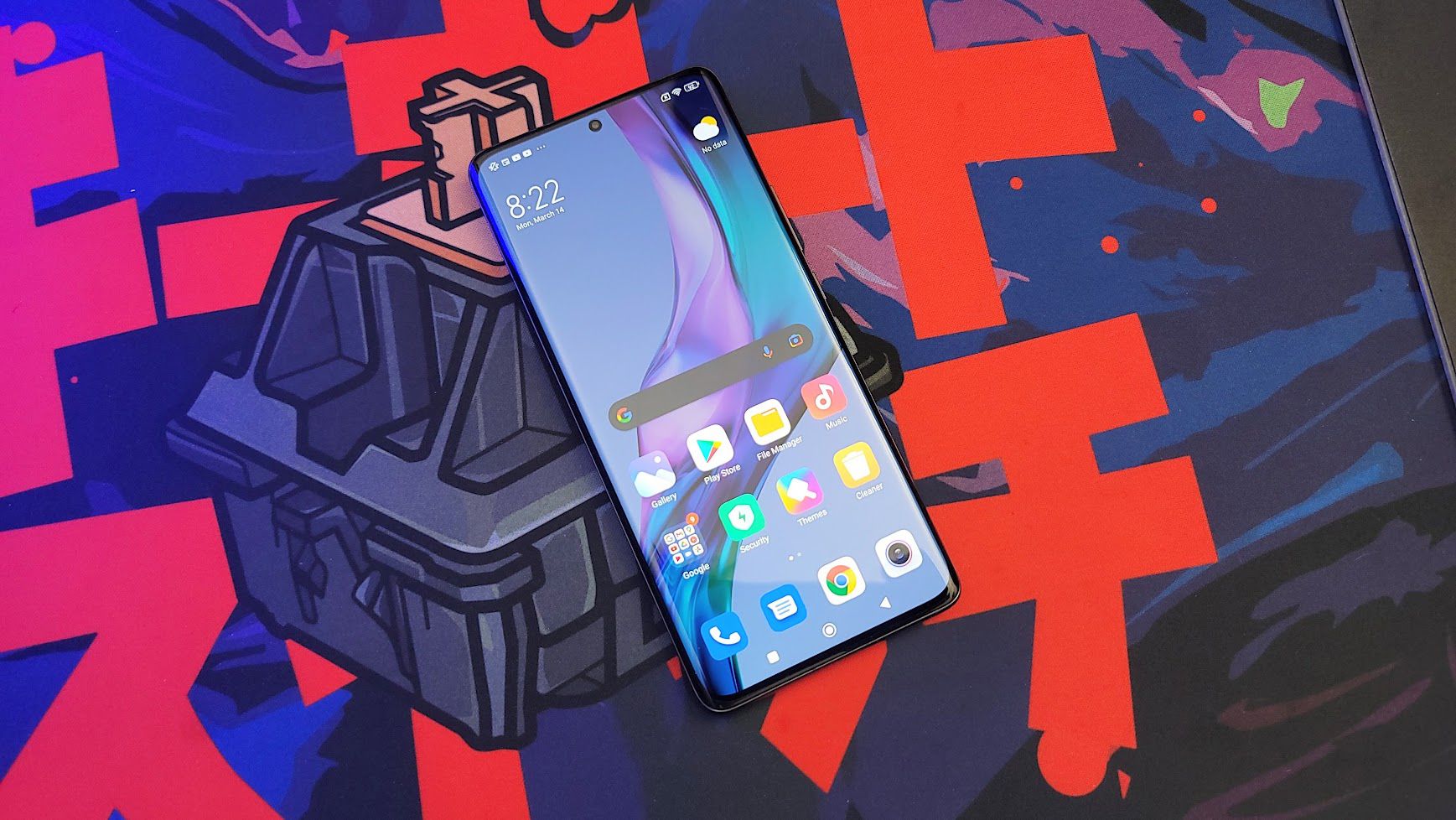 The screen on this model is a 6.7-inch AMOLED DotDisplay with a resolution of 3200 x 1440. It’s large but doesn’t quite top the charts in overall size, which actually makes it more usable without a stylus. After spending the last two years with the Note 20 Ultra, I found it to be easy to adapt to and less frustrating with fewer accidental side presses from stretching my hands while typing. The edges of the screen are curved, which looks great, but they’re not as steep as the Note 20, which also reduces mis-touches. This can make finding a tempered glass screen protector more difficult, however, so I was glad to see it comes with one pre-installed.

The screen looks great. It features a peak brightness of 1500-nits, which makes using it in direct sunlight entirely possible. It’s also able to run at a consistent 120Hz with AdaptiveSync for ultra smooth scrolling and a 480Hz response rate, so touch feels natural and responsive.  The colors are vivid but not oversaturated. Watching HDR content on Netflix was enjoyable and made full use of Dolby Vision for improved HDR. Entertainment is also bolstered by a quad-set of stereo speakers tuned by Harman Kardon that sounds surprisingly full. 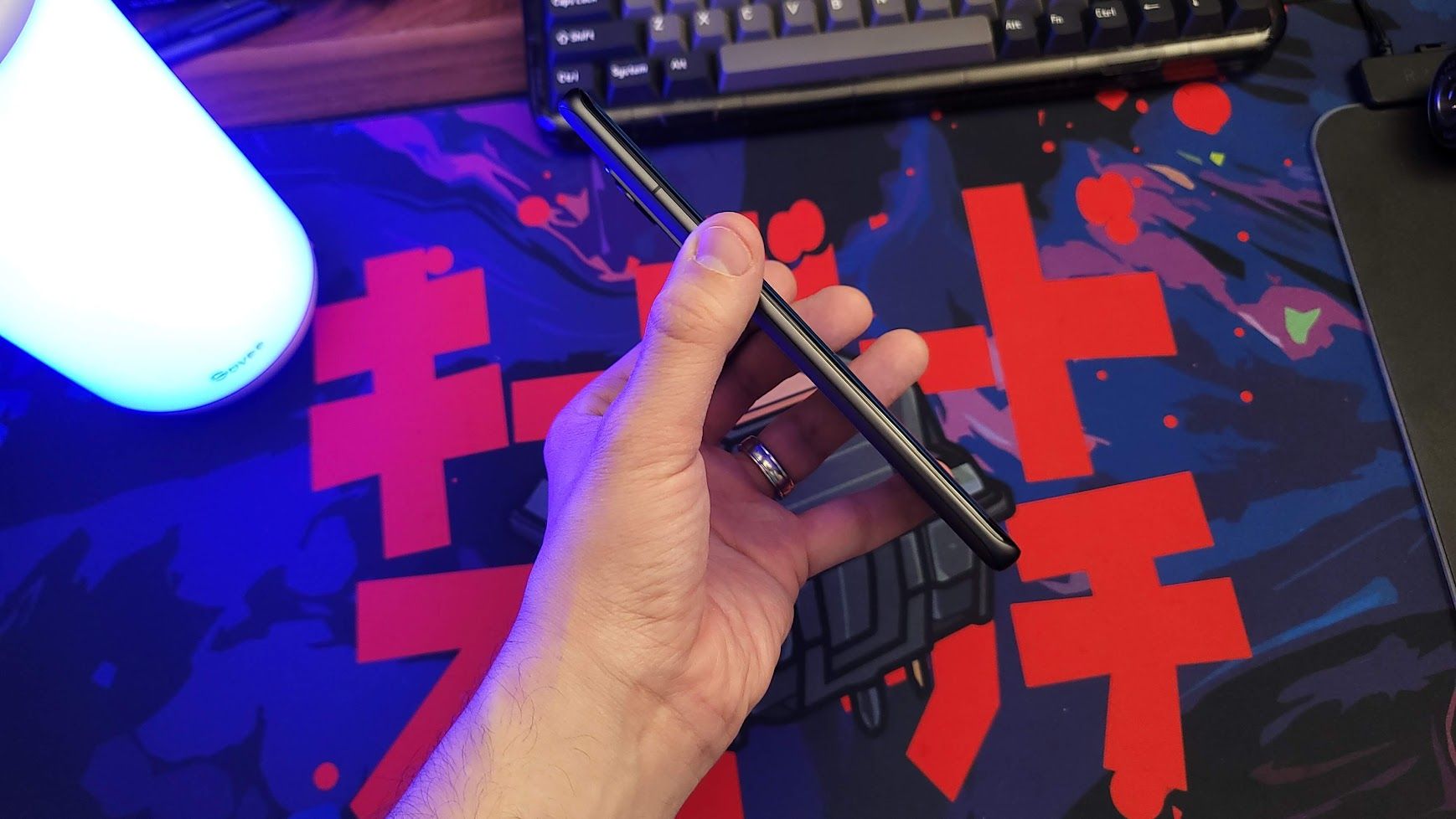 The Note 12 Pro is thin and feels good in the hand. It features a glass back (the green variant uses an interesting vegan leather black), and does feel a bit slippery in the hand, so it’s recommended to use the included clear case (a Xiaomi staple) or pick up another ASAP. This is a perpetual concern among flagship phones, however, and goes with the territory. It also features an under-screen fingerprint reader that works quickly and consistently.

Where Xiaomi still puts its competitors in the USA to shame is its rapid charge speed. The 12 Pro comes with a 120W HyperCharger (EU plug only for now) which can recharge the phone completely in only 18 minutes — and that’s not just marketing hype. The standard Note 12 and 12X each top out at 67W, which is still very good. The Pro model’s battery is 4800mAh, a downgrade from the 5000 mAh on the Xiaomi Note 11T Pro, but was still more than enough to get me through an entire day of moderate use web browsing. Your mileage will vary depending on how you’re using it, of course, but the implementation here is pretty good. 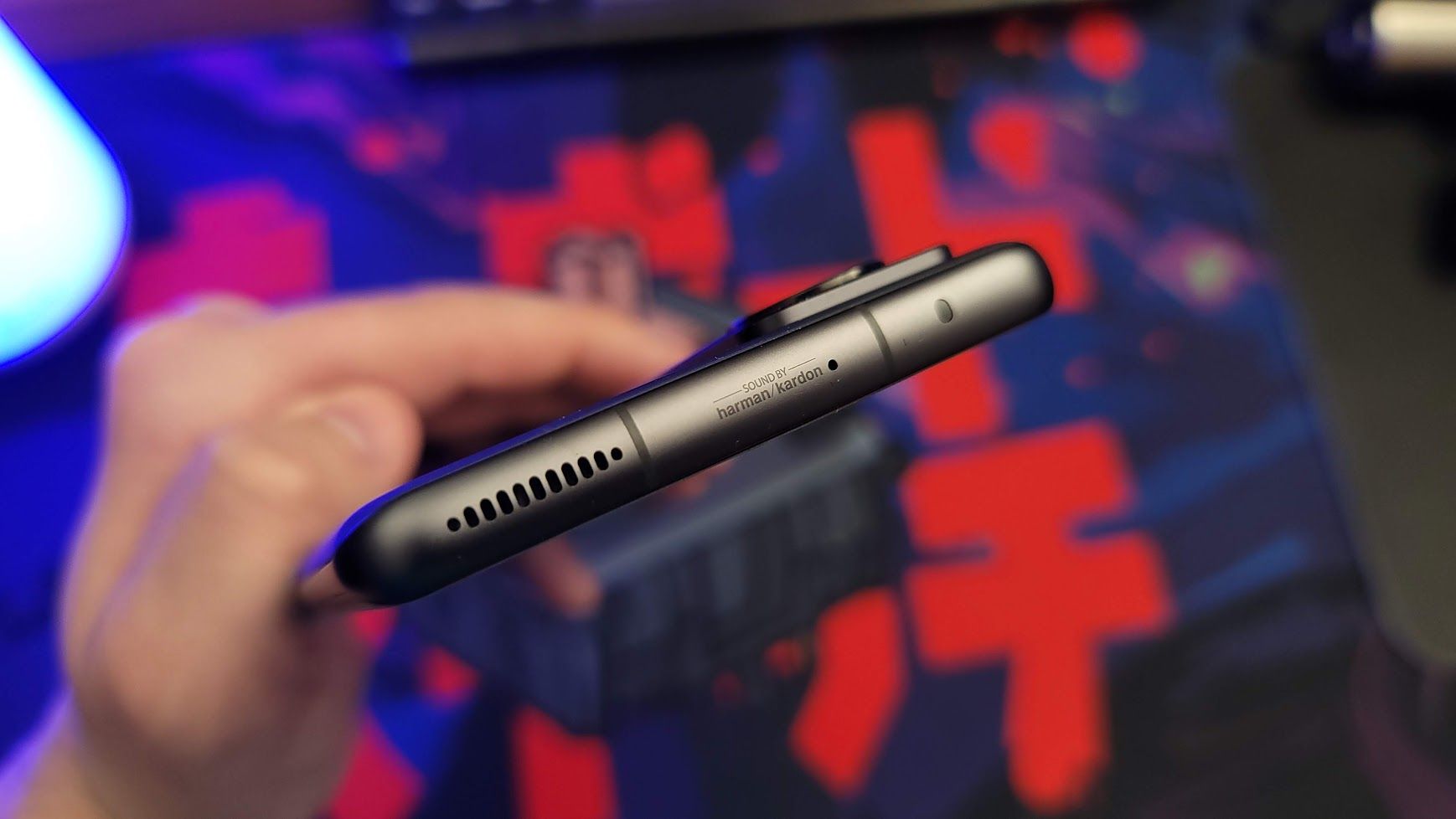 Now for the not so good. The Note 12 series originally launched in China late last year. If you’re considering this phone for use in the United States, you’ll want to carefully check the 4G and 5G frequency bands used by your carrier. Reviewing Verizon, Sprint, and T-Mobile, there are missing frequencies that could result in spotty coverage. If you live in a city, this may be less of an issue, but where I live in the suburbs, it’s not as viable.

The Xiaomi Note 12 Pro features a brand new camera arrangement. There are three 50MP shooters, and they’re smartly implemented. The main lens features an equivalent 24mm focal length and an f1.9 aperture. The second is the same but is equivalent to 48mm (2x optical zoom). Finally, there is the ultrawide lens which captures an expansive 115-degree field of view and software processing to straighten the fisheye effect. The rear camera can capture video up to 8K in cinematic 24 FPS and down to 1080p super-slow motion at 960 FPS. 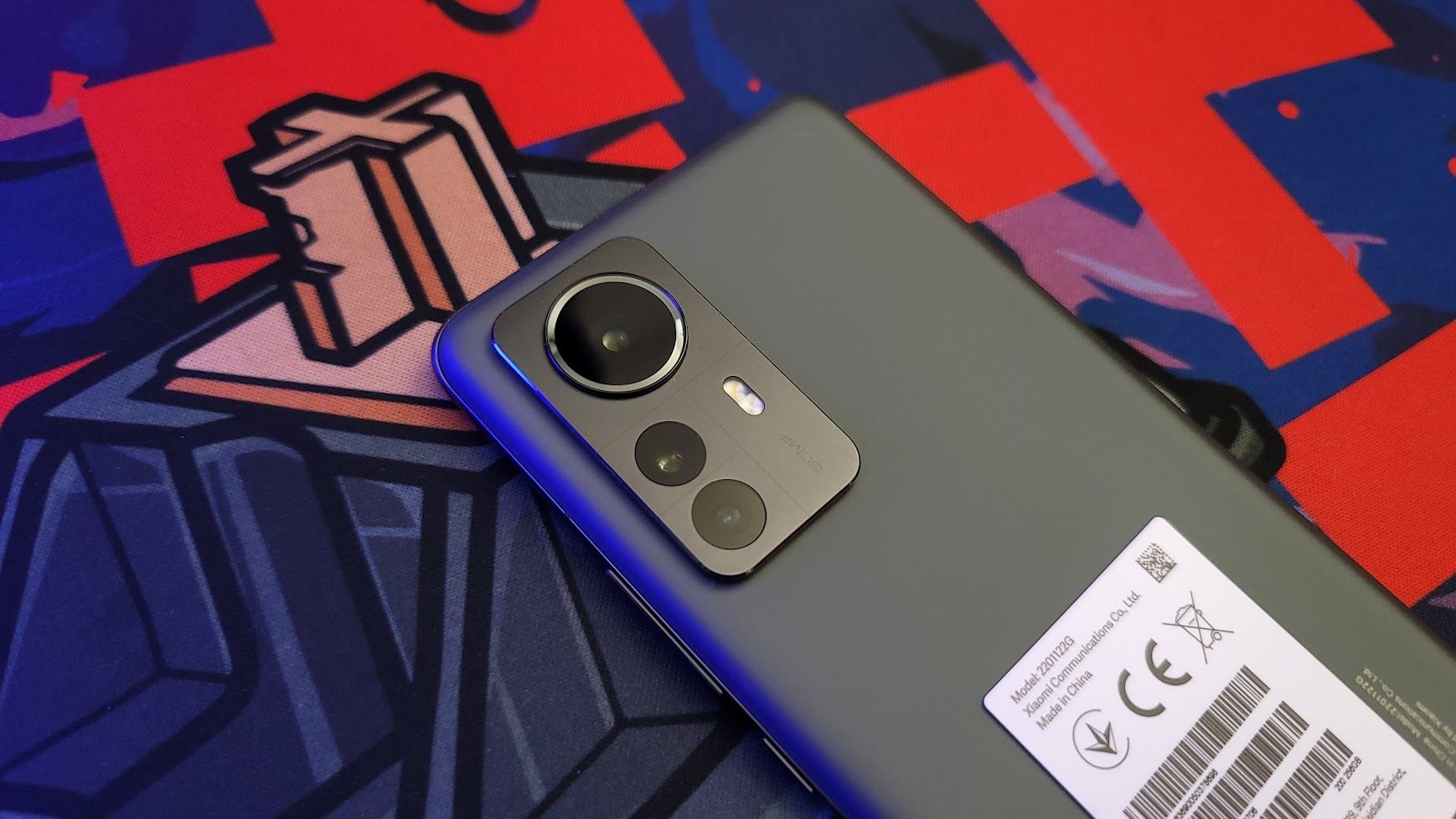 Around the front, is a 32MP selfie cam. The focal length here is 26mm equivalent, which is wide enough to easily capture your upper body without stretching your arm out uncomfortably.

As was the case on the 11T Pro, Xiaomi has equipped the Note 12 series with all kinds of creator-friendly features and shooting modes. There are plenty of beautify filters and vlog modes to quickly create stingers. There’s also a fully featured pro mode for more savvy shooters who want full control over shutter speed, focus, ISO, and white balance. This mode also features professional features like focus and exposure peaking to nail your shot.  I live in this mode for most of my photography and found it very intuitive and easy to use.

But how is the quality? Check out the gallery below and see for yourself!

As a professional tech critic across a number of websites, being able to take high-quality photos is extremely important to me, and I have a penchant for pixel peeping. With that in mind, I have to say that the Note 12 Pro surprised me. It’s capable of delivering crisp, eye-catching shots in a wide variety of lighting situations. Xiaomi has made major improvements to its Night Mode, too, so mobile photographers should find a lot to love here.

Its main wide-angle lens delivers crisp, detailed shots with well-balanced and lifelike color.  The crispness is likely due to Xiaomi’s switch to a Sony IMX707 sensor in this lens, which is better able to gather light for improved shots. The autofocus was responsive and the new eye-detect mode worked well, even as multiple subjects entered the frame at my son’s birthday party.  Image stabilization was also good when recording video, making this a capable video shooter as well.

The other two lenses have a noticeable drop in crispness, and isn’t this always the case, one lens looks more detailed than the others? That said, they still look good and benefit from more light. If you’re shooting in low-light situations, stick to the main 24mm lens.

Back on topic, the alternate lenses have their own benefits working for them. Xiaomi’s decision to use a 2x telephoto lens is smart. Competing phones, like S21 Ultra use longer telephoto lengths of 3x or higher. 2x is a very usable length that results in clearer details, perfect for portrait shots.

Speaking of portrait shots, the portrait mode is very good — for people. It was able to consistently isolate my kids from the background, even as they struggled to stay still. It captured flyaway hairs and did a great job of simulating the bokeh of full-sized cameras with interchangeable lenses. Portrait mode struggled more with animals or inanimate objects. Snapping pics of my cat was hit or miss, but pictures could usually be manually tuned after by adjusting the “aperture” in the camera app’s editing mode.

One thing I was especially pleased with was its performance for close-up shots. Smartphone cameras have a nasty tendency to make bokeh look like fringing for close product shoots and food photos (especially visible on whites and text). The Note 12 Pro isn’t exempt from this but it’s a big improvement from the Galaxy Note 20 Ultra. The 12 Pro lacks the macro mode of the 11T Pro, however, which was disappointing to discover.

A surprising treat was the new Night Mode. The picture below is in the worst possible conditions: almost pitch darkness. 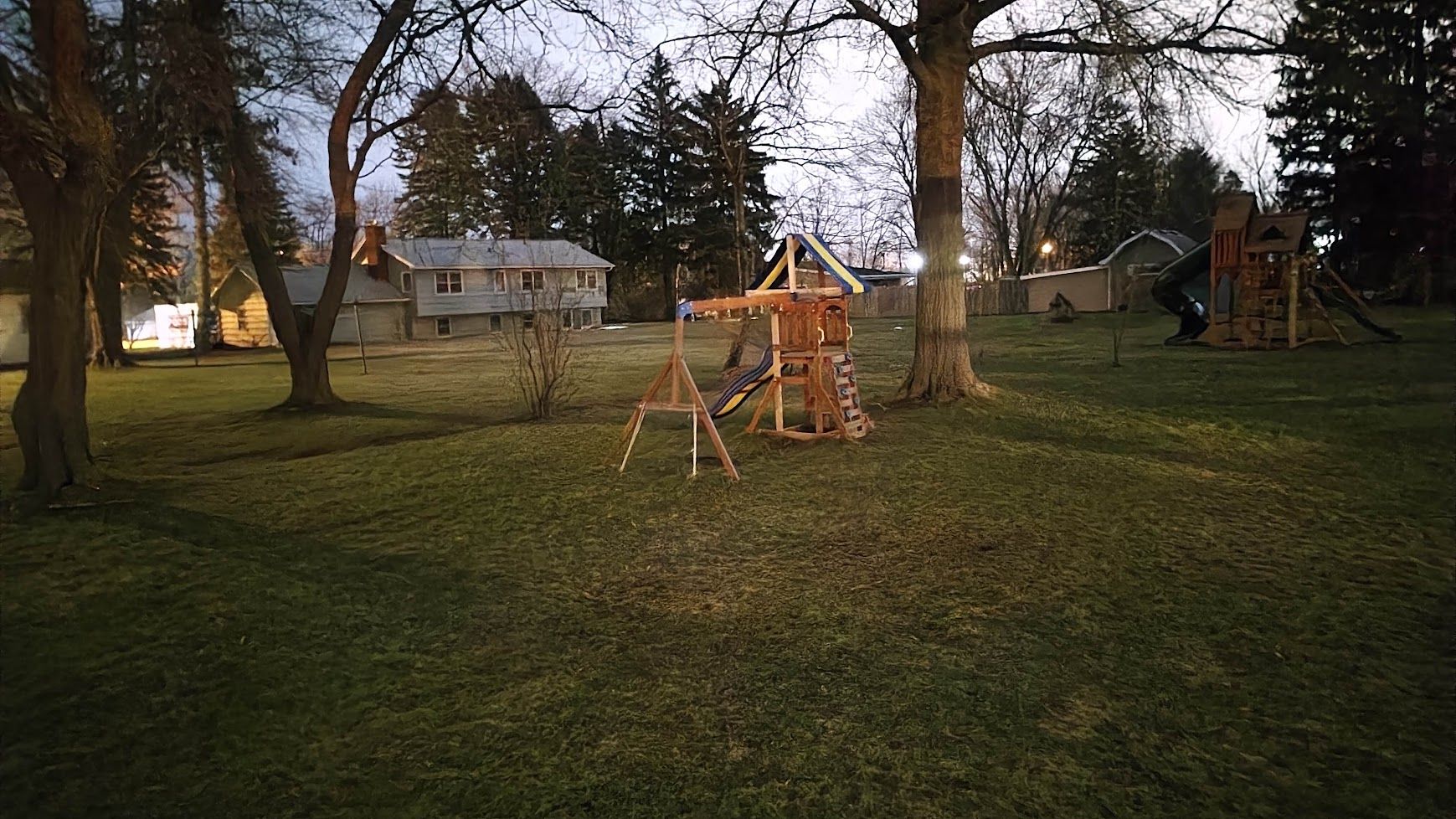 I was only able to make out the outline of the canopy on my children’s playset. If it weren’t for the lights from my neighbors and the nearby street, the picture above could have been taken on an overcast late afternoon. At this level of brightness, it’s obviously grainy, but the post-processing is still incredibly impressive. With just a little more light, you can see much of that detail get restored and the grain reduced. See another example below. 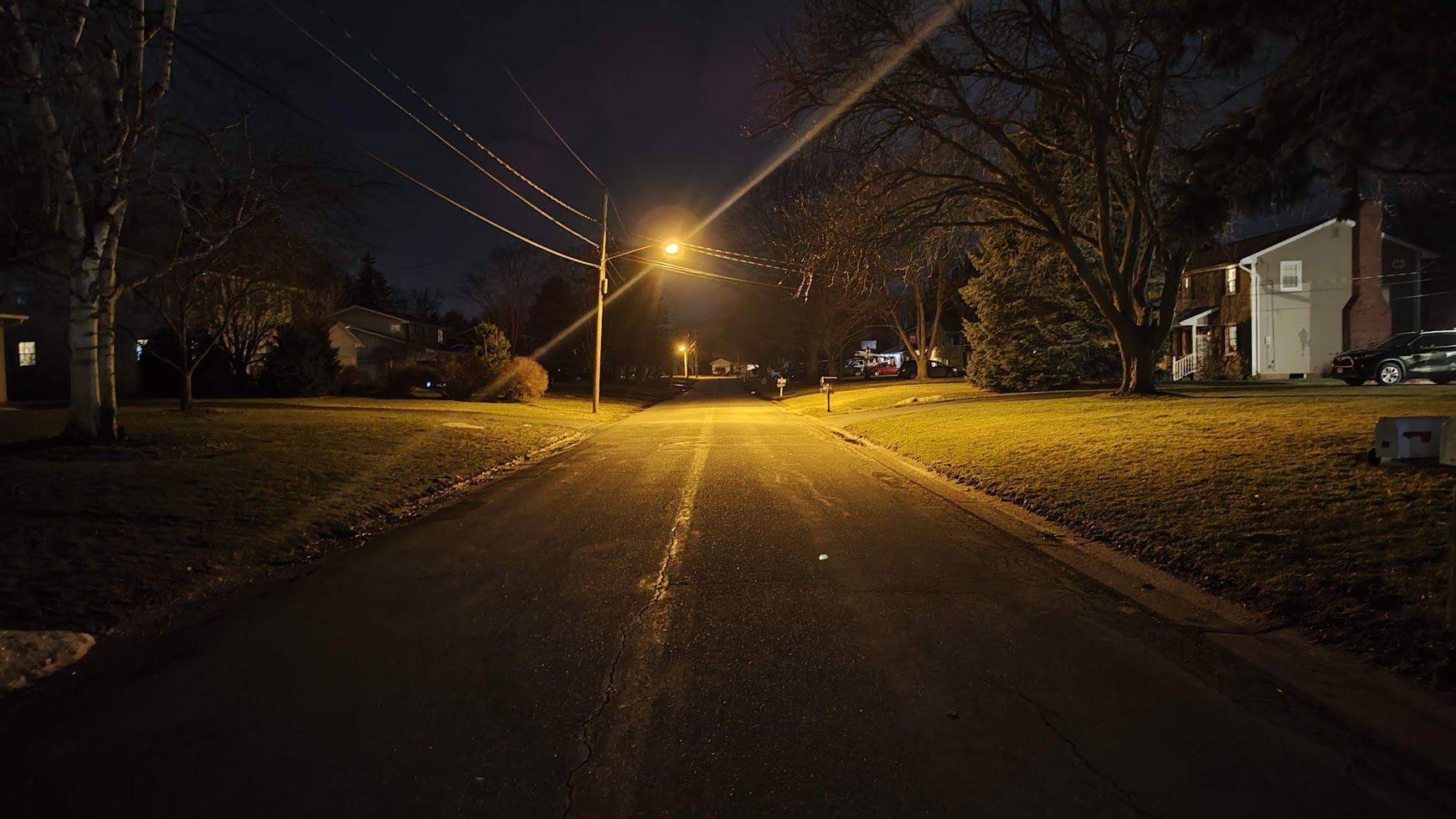 The selfie cam also works well but isn’t quite as crisp. It softened detail on my face but still delivered a nice picture overall. In sunlight, the crispness is enhanced a touch further, but my old Note 20 Ultra still has the advantage in daytime selfies. Ironically, because the Night Mode on the rear cameras is so good, the front-facing camera is inevitably disappointing in comparison. It doesn’t gather anywhere near as much light. In low light, it shows enhancements, but if you pass a certain threshold of darkness, it doesn’t seem to work at all. 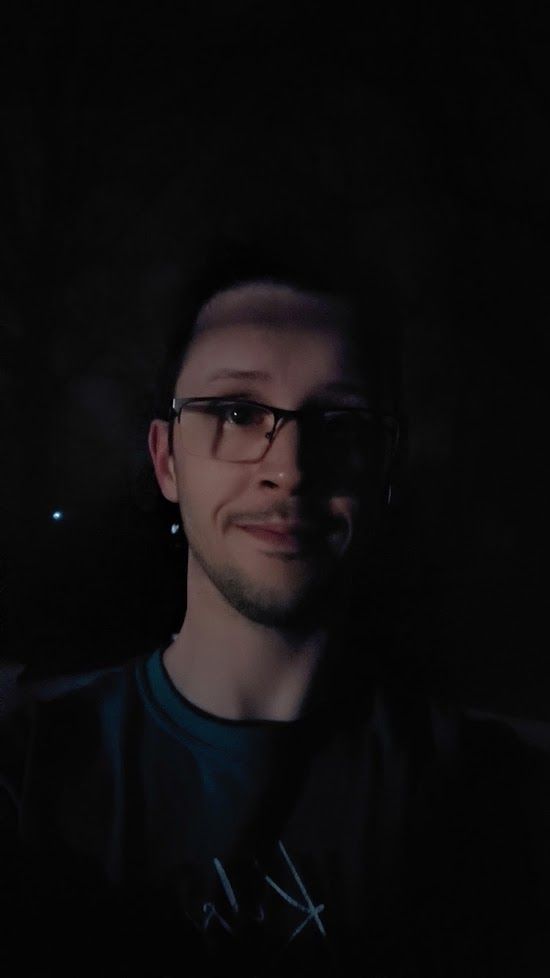 The Note 12 Pro is a performer of a phone. Its Snapdragon 8 processor is extremely capable and made for snappy performance no matter what I threw at it. Web browsing, video watching, mobile photo and video editing barely made it break a sweat. Here’s how it performed in GeekBench, handily outperforming the Samsung Galaxy S21 Ultra

Playing demanding games is certainly possible. PUBG Mobile and Genshin Impact both played smoothly but it seemed like the LiquidCool technology might be struggling to meet the thermal demands these games provide as there was more noticeable hitching over extended periods. I didn’t feel like this impeded gameplay in any way, but it is something to note if you’re looking for a device that will push the latest games to their limits. 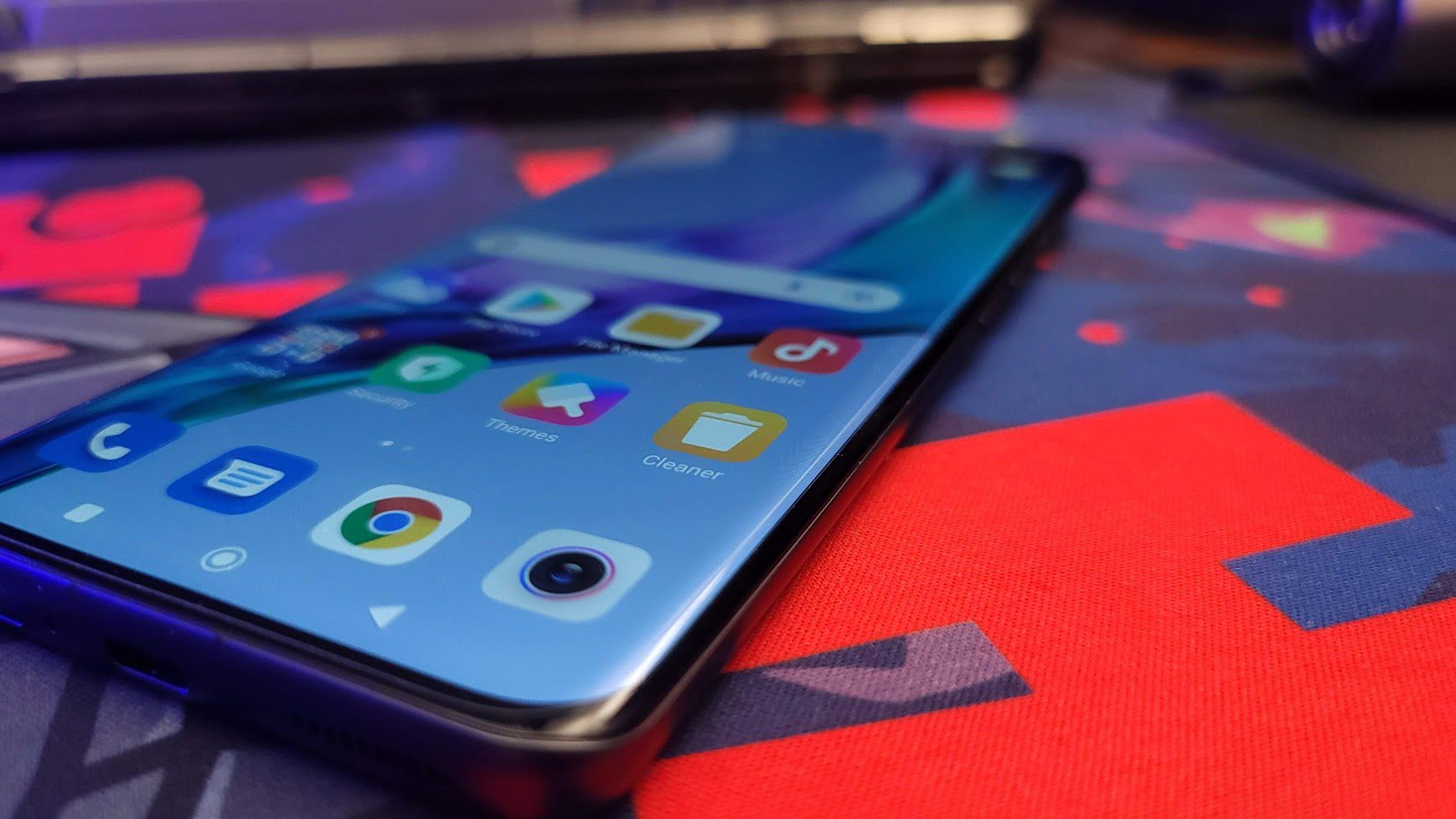 The Xiaomi Note 12 Pro is a great phone at a very reasonable price. I found it to be particularly usable, with a finely tuned user experience and ergonomics that led to fewer accidental touches. The screen is excellent and the camera system is crisp, detailed, and tuned for real-world performance. As a resident of suburban New York, I only wish it covered more frequencies popular on US networks. Check the bands. If you’re covered, this is a great option that will save money and impress you with its capability.