Xiaomi just released a suite of new devices, from its new Note 12 smartphones (reviewed here), to a set of stylish smartwatches, and, of course, the brand new pair of flagship earbuds we’re reviewing today. This pair features up to 40dB of noise cancellation, spatial audio, multipoint connectivity, LDHC, and a new driver to offer a premium listening experience. They take aim squarely at the AirPods Pro. At virtually the same price of $199, do they deliver?

The Xiaomi Buds 3T Pro are true wireless earbuds that aim to deliver a premium listening experience. From their very design, it’s clear that they have the AirPods Pro in their sights, but it’s feature-set and $199 pricing also puts it in direct competition with other industry heavy-hitters like the Samsung Galaxy Buds Pro, Jabra Elite 7 Pro, Libratone Air+ 2, and Sennheiser Momentum True Wireless 2. This should come as no surprise given that Xiaomi is the number two true wireless earphone brand in the world, so it’s well-suited to go toe-to-toe with the heavy hitters in this space. Like other buds coming from smartphone manufacturers, you’ll find a handful of features only accessible with a Xiaomi smartphone. 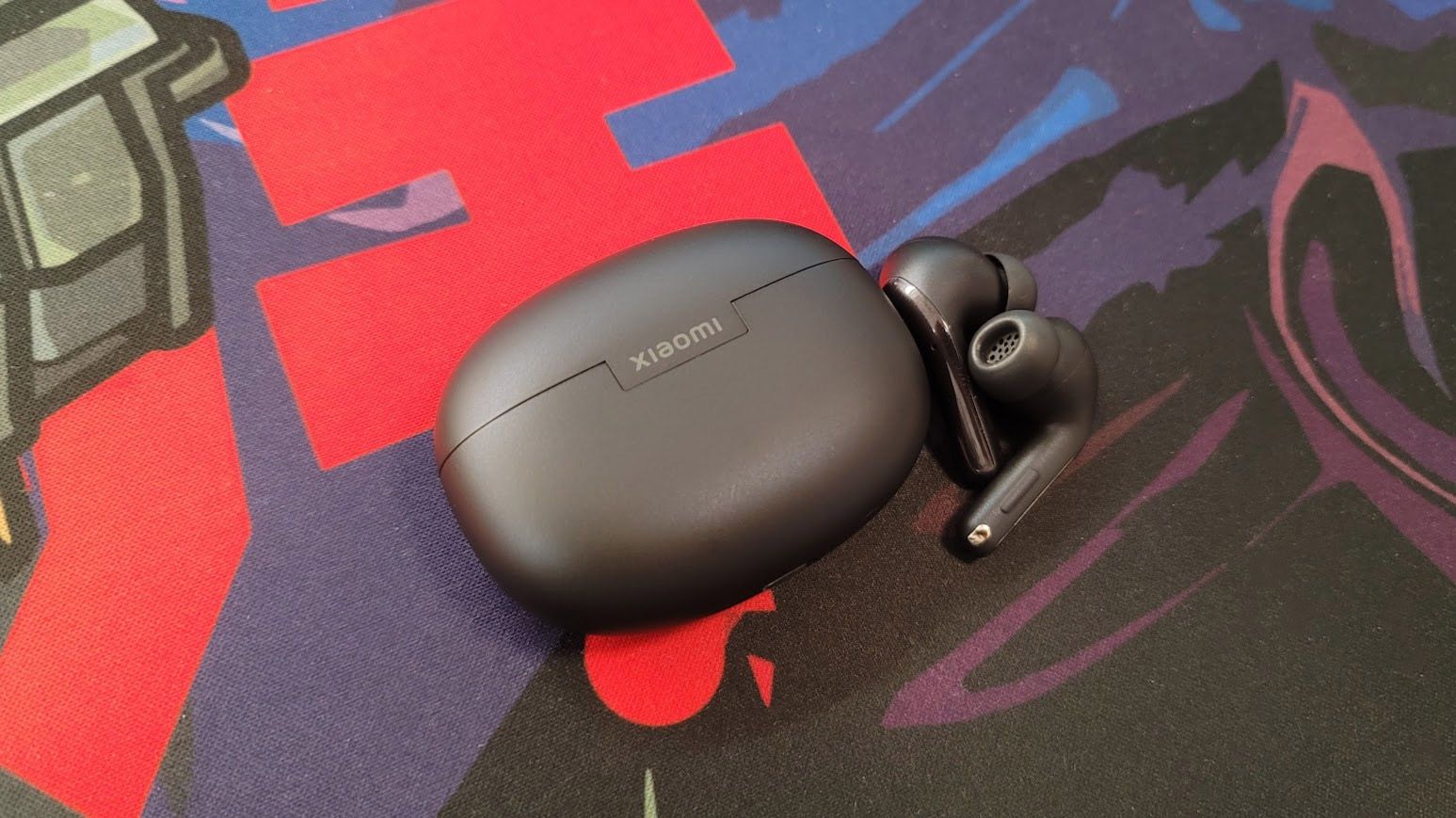 The buds follow the AirPods formula with the stem-based design and buds that rest in the concha instead of secure in the ear canal. They’re a bit larger than AirPods but are still fairly comfortable. I fell asleep with one in the night before reading this review, in fact, and slept mostly comfortably. During waking hours, I’ve been able to leave the buds inserted for 4-5 hours at a time without any ear soreness or fatigue.

The new buds offer the gamut of go-to features: customizable active noise cancellation and transparency modes, spatial audio, wear detection, Bluetooth 5.2, high-res audio, and good call quality. You won’t be sacrificing anything in features to swap to this set, and in fact, when it comes to its ANC capabilities, you may even stand to gain.

The active noise cancellation on the buds can be customized across four levels: light, balanced, deep, and adaptive. These scale-up in intensity, but once you set it the buds will remember your preference. Light and balanced modes were very similar (balanced removing some additional frequencies). Deep is a big leap forward and removes much more surrounding noise. The adaptive mode uses the external microphones to monitor the noise in the environment and will adjust the ANC mode based on the level of noise it hears. 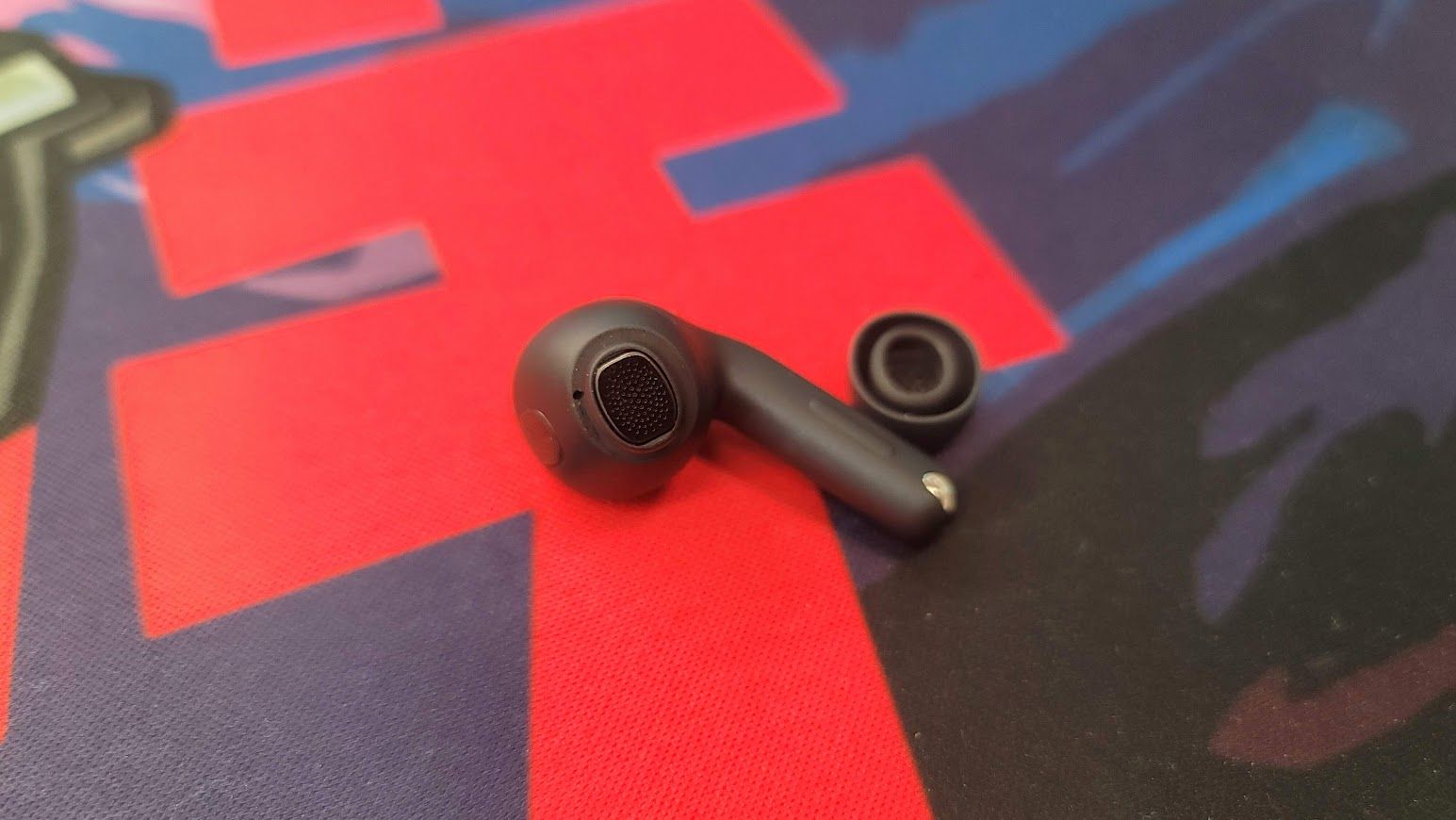 The transparency mode also has a trick up its sleeve. Like most modes of this type, it reverses the microphones and pipes the outside world in. The sound is natural and realistic, and if it weren’t for the earbuds in your ears, you might not realize you’re listening to a microphone at all. The most can also be tailored to focus on voices by raising the mid-tones. There’s a bit of a superhuman hearing effect even with the normal mode, which is always a neat effect.

Inside the buds, the audio experience is driven by a single diamond-like carbon (DLC) dynamic driver. This is backed by a CCAW coil and dual magnet structure that Xiaomi promises will enhance the clarity and detail of the listening experience. DLC drivers are common in the enthusiast space because of the added rigidity they lend to the driver diaphragm. This indeed enhances its speed and resolution, leading to better bass and improved detail, so it’s good to see it included here.

Battery life is respectable at roughly 6 hours per charge. With the included charging case (which is small and easily pocketable), this is increased to 24 hours, so you get four recharges before needing to plug in. Battery life is right around average for this caliber of earbud, so nothing to complain about or cheer on here. 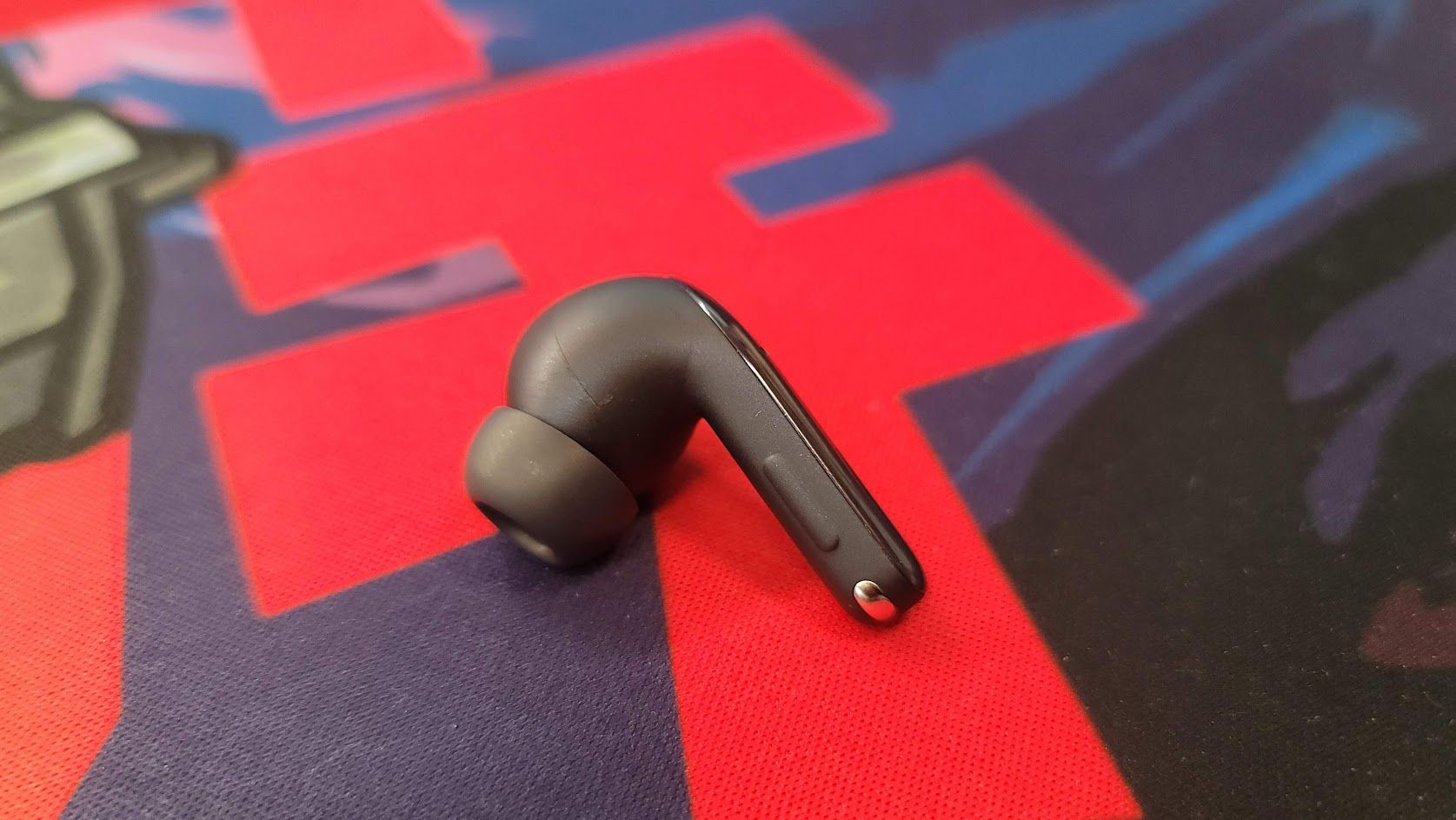 Controlling the buds is done through embedded pressure sensors in the stems of either earbud. They support single, double, and triple touch, as well as hold commands. Each of these are also programmable. By default, Xiaomi has the two buds set with identical functions (track/call controls and sound modes), but by adjusting the options inside Xiaomi’s Bluetooth app (exclusive to Xiaomi phones), you can add functionality for adjusting volume and summoning your virtual assistant.

This app is also where you can enable spatial audio. At present, spatial audio adds depth to the soundstage (listening environment) and tracks head movement. When you start a track, the buds will set the direction of your head. When you turn left or right, the audio will pan in either direction to match. It operates on a slight delay, however, and isn’t something I would use regularly. More on that in the performance section.

Taken as a whole, it’s a feature-rich package that sounds good and offers great ANC performance, but you’ll need a Xiaomi phone to make the most of them. Out of the box, the buds are set to adaptive ANC so you can experience every mode, but that also means you can’t choose which you would prefer. Spatial audio and customizing controls are also out. Thankfully, the buds seem to remember your ANC preference after the first setup, so even if it means stopping by a local store or borrowing a friend’s phone, it’s worth taking the time to connect them at least once.

I’ve been living with the Buds 3T Pro for a little over two weeks and have been both impressed and frustrated by them — at least initially.

The sound quality is very good. It offers impactful bass but the low frequencies don’t overpower the mids and highs. In fact, I’d say this is actually a rather bright-sounding headset. There’s lots of detail in the mids and a crispness to vocals that’s particularly nice for podcasts and audiobooks. Contrary to what I expected, they’ve been an enjoyable listen across metal, hip-hop, ambient, and even acoustic music. Over time, I did use the system-wide EQ to adjust tame down the mids just a touch for music and soften the leading edge on vocals. 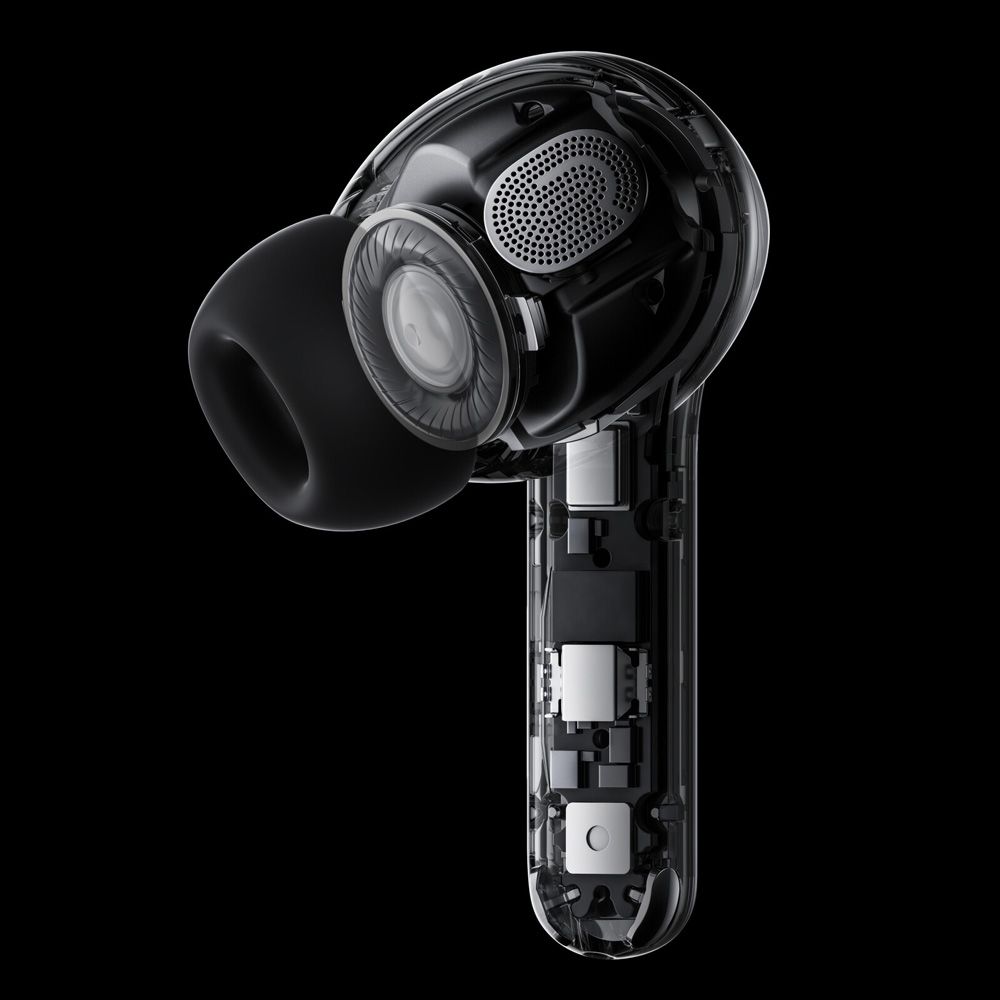 My frustration came from initially trying to use these buds with my Samsung Note 20 Ultra. They connect and play music fine, but the adaptive ANC mode was very finicky. Sitting in a quiet room, it would sometimes change modes at random. It was disorienting. Thankfully, after changing the mode just once when I connected it to the Xiaomi Note 12 Pro, this issue resolved, even when setting it to Adaptive mode and returning to the Samsung phone.

The ANC itself is very, very good. Based on my reading about past Xiaomi models, it seems that the design team has made some major strides. On its highest setting, the 3T Pros dramatically reduce any kind of low droning noise, almost to the point of complete inaudibility. What most impressed me was how well it work on middle-frequency noise, like keyboards and voices. While no true wireless buds completely remove all of these sounds, the 3T Pros did one of the best jobs I’ve heard yet, second only to the Sony WF1000-XM4s. 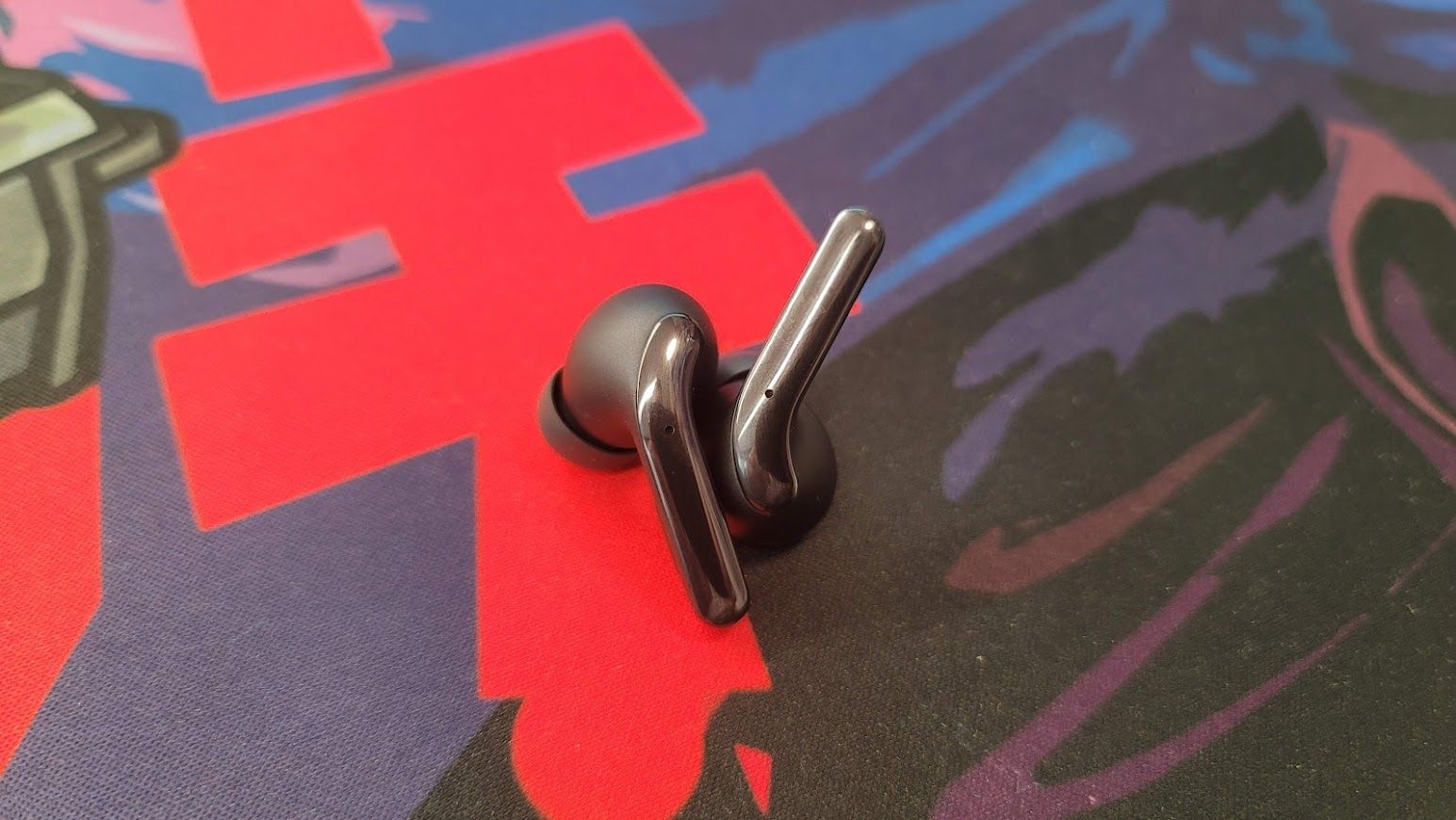 Call quality was good. I completed a number of test recordings and calls and was always able to be heard clearly. The buds also do a good job of isolating your voice from the surrounding environment, so you can talk while out for a walk or stopping into the store without worry.

Spatial audio is alright, but nothing I would buy these buds particularly for. The improved soundstage is good, but the head-tracking technology doesn’t feel immersive in the way it was intended. Perhaps if paired with a VR headset? For normal music, video, and game listening, I found myself disabling it and sticking with the already-good stereo sound and enabling Dolby Atmos instead. If you’re using these buds with any other Android phone, you won’t be able to access it anyway, so it’s not a major loss, but still an area of growth for Xiaomi.

I desperately want Xiaomi to release a standalone app for these earbuds, however. Locking customization features like ANC modes to Xiaomi smartphones is a tough decision and could absolutely be a dealbreaker for potential buyers. 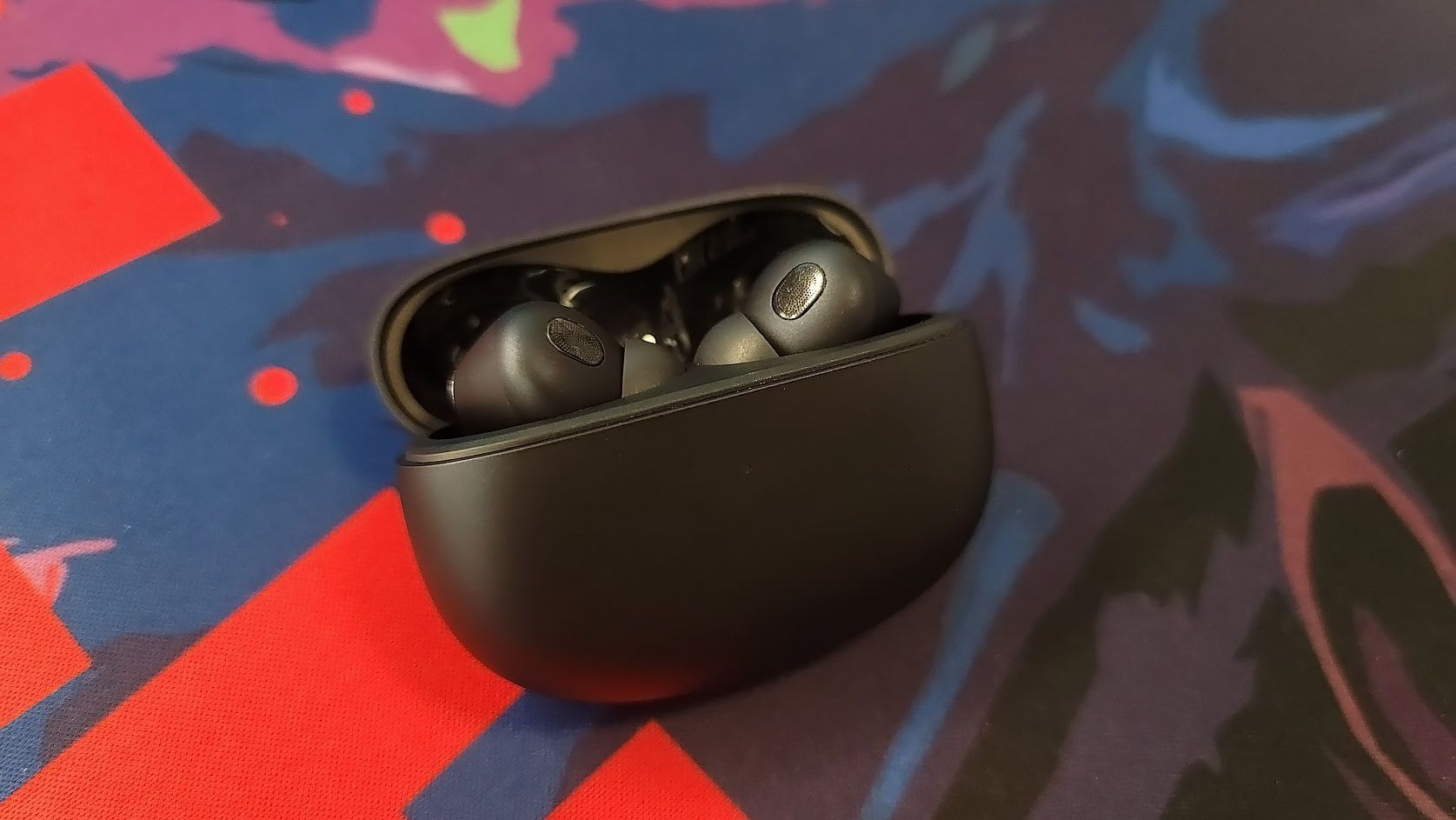 The Xiaomi Buds 3T Pro are very good earbuds. I was impressed by their sound quality and great ANC performance. At $199, I would have liked to have seen an app available to make full use of them without a Xiaomi phone, especially for ANC modes. If you do have a Xiaomi phone, or access to one to adjust it to your preference, it’s absolutely a worthy buy.