Truthear is still the new kid on the block in the earphone scene, but it certainly seems out to make a name for itself. Following up on the acclaim its debut pair of earphones received (the Truthear x Crinacle Zero), the company returns with the HEXA, a hybrid pair of in-ear monitors packing three balanced armatures and a powerful dynamic driver into a sleek little shell for an affordable $79.99 price point.

Make no mistake, $80 still isn’t cheap for any pair of in-ear monitors, but the HEXA does an outstanding job of delivering value beyond its cost of entry. Its combination of drivers, excellent comfort, and top-notch tuning make it a great choice for music, movies, and even gaming if you don’t mind its slightly smaller soundstage. They’re not cheap, but manage to feel that way thanks to their exceptionally great value.

Truthear HEXA - What Is It?

The Truthear HEXA is a hybrid pair of in-ear monitors from the team that brought us the Truthear x Crinacle Zero earlier this year. While that earphone impressed us with its dual dynamic drivers (devoting one to pure subwoofer functionality), the HEXA takes a different approach entirely. It features a four-driver array that mixes a large dynamic driver with three balanced armatures to deliver its sound. It’s a proven formula, as long as tuning is on point. Which, in this case, it is. 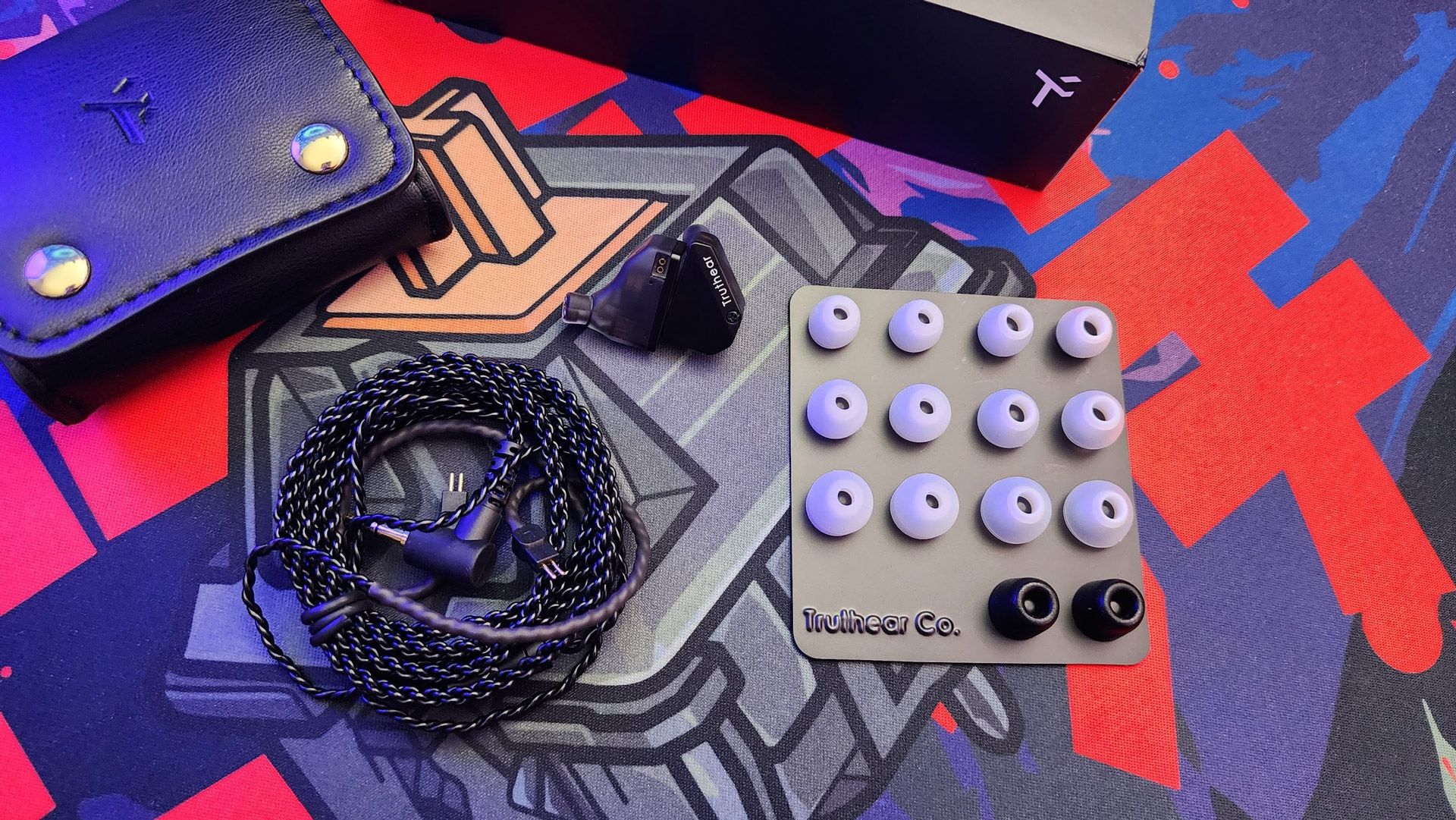 The driver arrangement is broken across the frequency spectrum. For the bass, it uses a 10mm liquid crystal polymer (LCP) dynamic driver outfitted with a custom voice coil to increase its impact and low-end presentation. A composite (2-in-1) balanced armature covers the mids and is tuned to be able to match the dynamic driver for a smooth transition across frequencies. Finally, Truthear has utilized a customized BA for the highs with an emphasis on presenting those frequencies smoothly. The array is matched with an internal waveguide system to prevent phase distortions. 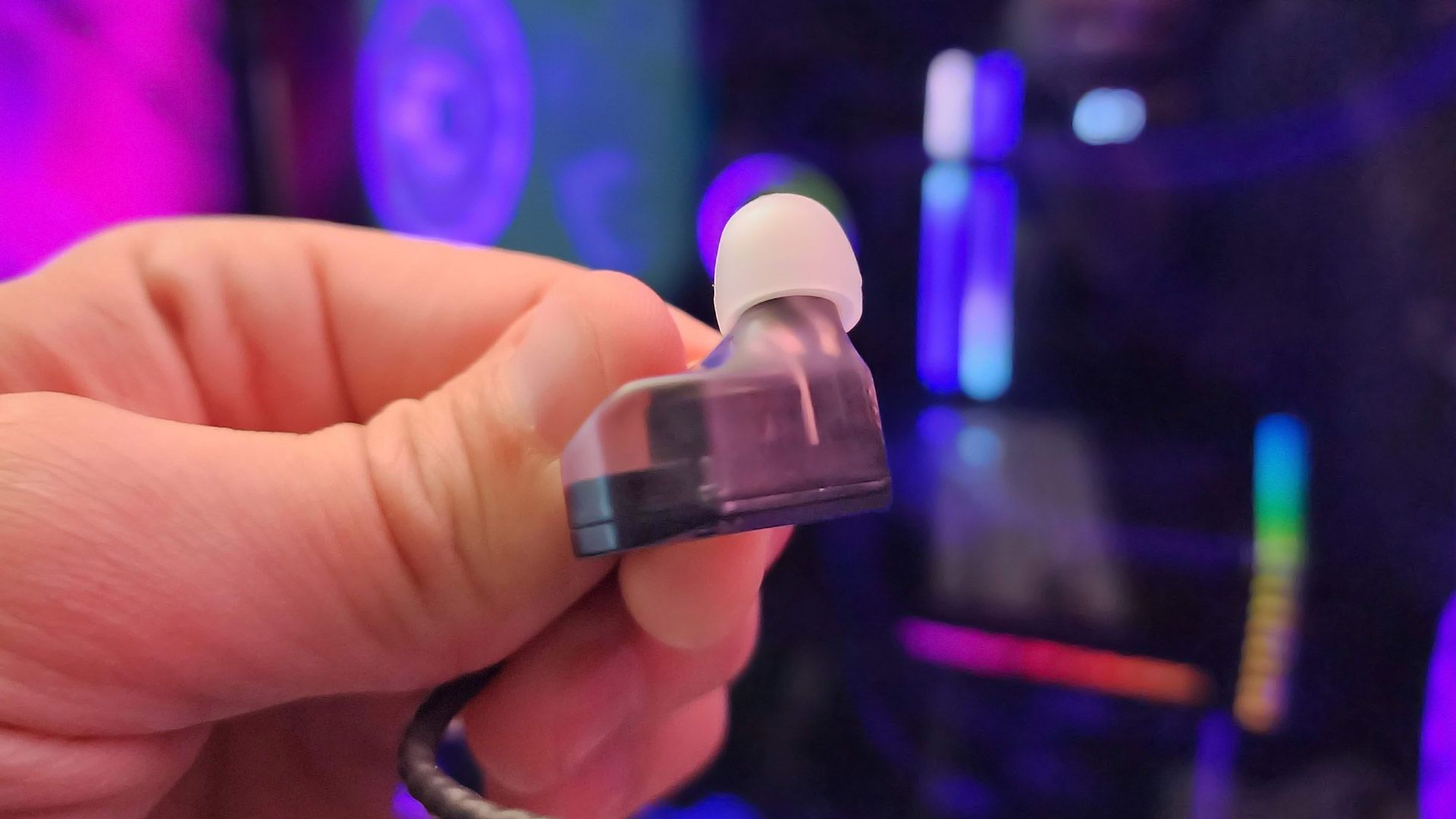 This tech is all housed within a pair of relatively small 3D-printed shells. Fun fact: the company manufacturing these shells, HeyGears, also manufactures earbuds for the audio giant, Moondrop. Each shell has an aluminum faceplate in simple black with a single screw holding it in place. The design is very angular but the rear is smooth and contoured as expected. The top of each features a 2-pin port for a 0.78mm detachable cable. The inner resin portion is very smoked out but is somewhat transparent to give you a peek at the internals from the proper angle. The main appeal of the design is the minimalism and angular face; you’re not paying for extra showiness here.

The cable included with these earphones is fine but isn’t anything I would write home about. It uses a slim, four-strand braid leading up to a Y-split where the two sides split off. It wasn’t microphonic (no noise when it rubs on your clothes) and has ear hooks already in place through pre-applied heat shrink. The finish is rubberized but doesn’t feel very high-end. It’s a basic, no-frills cable that ends in a normal 3.5mm connection. Should it break, the standard 2-pin connection will make it easy to replace without buying a new pair of earphones. 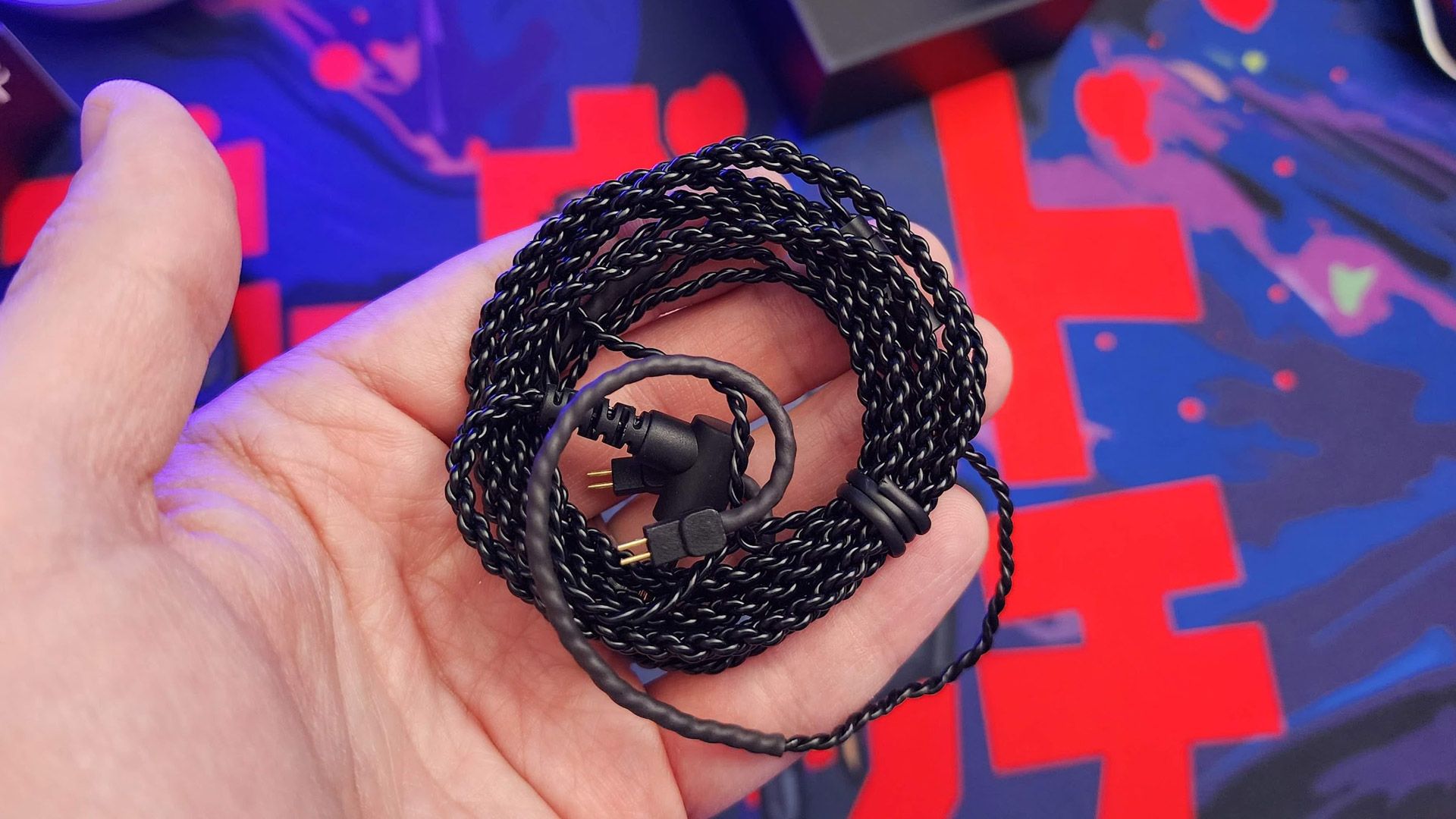 The design here isn’t going to attract a lot of eyes, but that’s not exactly a bad thing if you’re planning on wearing these day in and day out. I also have a sense that Truthear has simplified as much as they can to keep that price low and instead deliver on sound quality. 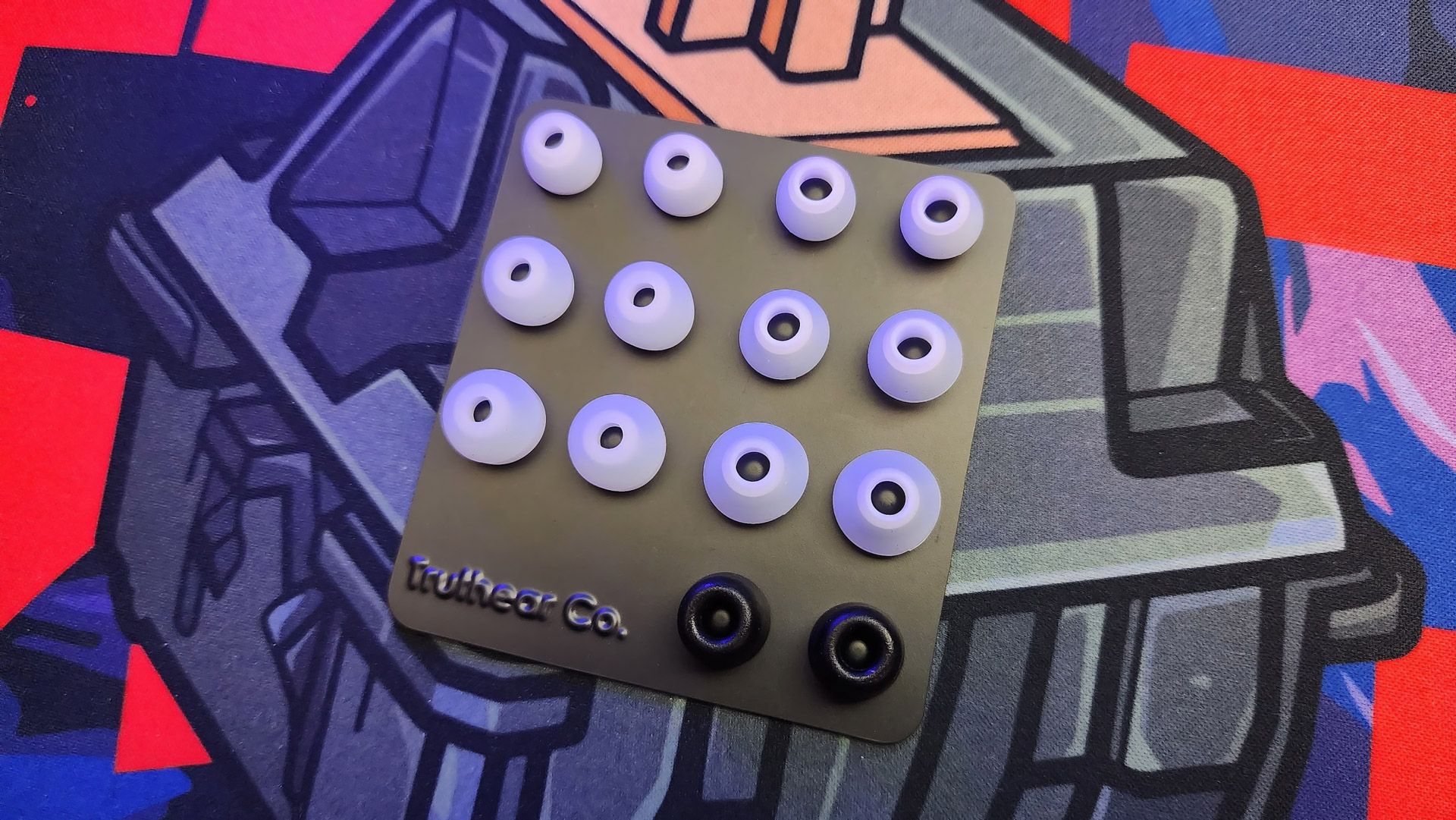 Also included in the box are two sets of silicone ear tips, a single pair of memory foam tips, and a leatherette carrying case. The silicone tips are broken into small bore and large bore, but are both white so you won’t need to compromise on the intended look. The narrow bore and memory foam tips allow more bass to come through while the wide bore tips add a bit more treble energy. I also found the narrow bore tips to feel a bit softer in my ears and resulted in a better fit overall.

The case is fine. It’s the same one that was included with the Zero and gets the job done. It’s very soft and won’t protect the earphones from a drop or being stepped on, but it can prevent tangles and scratches from just throwing them in a bag. Like the shell design and cable, it’s simple and cost-saving, and I’m fine with that given how good the HEXA actually sounds.

The HEXA is a relatively small earphone considering how many drivers it packs on each side. It has a reasonably deep insertion depth and a relatively wide nozzle, so if you have smaller ears, you may find it hard to get a proper seal and secure fit with the included tips. I initially had a good deal of trouble with my left ear using the wide-bore silicone tips, but swapping to the narrow bore resolved it. Your mileage may vary.

Once fitted with the correct tips, I found them to be quite comfortable. As is usually the case, the hard angles on the faceplate are just for show and the inner portion is smooth and contoured. I was able to listen for multi-hour stretches without exceptional fatigue or soreness. I have medium-sized ears and believe that most users should be able to find a comfortable fit with the correct ear tips.

The Truthear HEXA are a set that I would consider moderately neutral. I say moderately because, as you can see in the graph above, there’s a boost in the sub-bass regions and a nice little boost at 8kHz. The mid-bass and mids are mostly flat and the highs roll-off above 8k (where they also become more unreliable due to resonance in the testing equipment). That means they’re a fairly “safe” set if you’re not sold on a particular tuning preference.

Listening tests were conducted using a mix of the Fiio K7 and BTR7. Wireless listening was done using LDAC and high-resolution audio files. Wired listening was done with lossless FLAC files. Of course, I also mixed in some Spotify on Very High quality.

Bass: Bass performance on this set is very good. It reaches low and has good sub-bass extension. The rise below 80Hz means that the lowest frequencies (those responsible for rumble and filling out the body of the lows) are forward. The decline toward the mid-bass prevents bleeding into the mids that I can hear and helps songs and games from sounding muddy and veiled. There’s good texture to the bass, so songs with keyboards and synths have a tactility to them that I really enjoy. The dynamic driver is good but isn’t the fastest even after 50+ hours of listening, so the attack of kick drums and explosions is a bit softer and less clean cut, but still sound good overall.

The mid-bass decline is something hip-hop and metal fans might want to EQ back in. I didn’t miss it for my library, but that descending slope from 80-300Hz pushes bass guitars a bit lower and gives that register a bit less power overall. 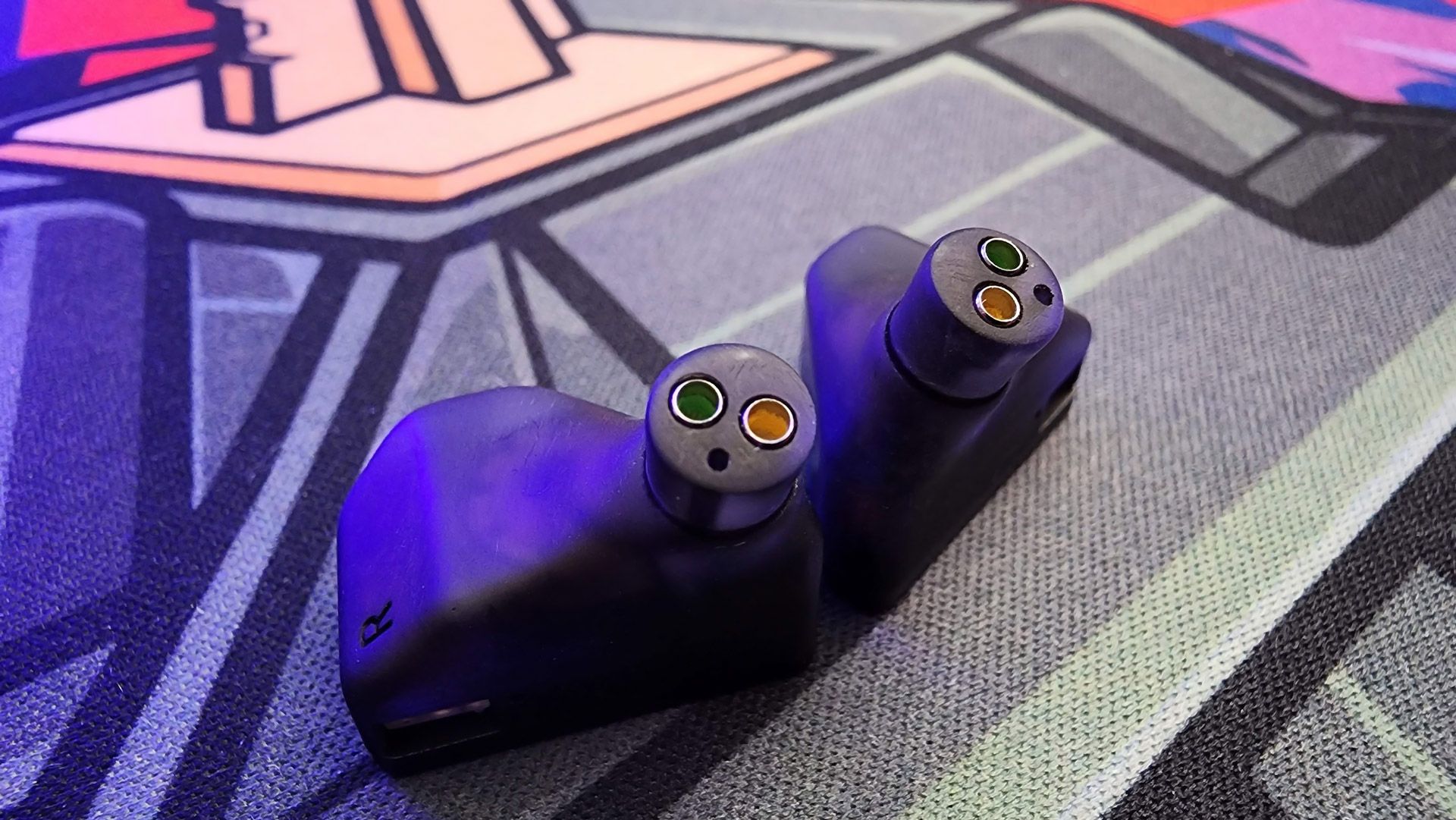 Mids: That low-end tuning pays dividends in the mids. The middle frequencies are absolutely key for instruments, vocals, and many important audio cues to sound natural and enjoyable. The mids tuning here is very clean. Vocals are crystalline, whether you’re talking male or female singers, but aren’t what I would call lush. This isn’t a vocal-centric set, in my opinion, but still sounds quite good even without that bit of huskiness mid-forward sets can provide.

Instead, I think the real selling point of the mids here is that they preserve and present lots of detail in what you’re listening to. Guitars sound crisp, and you can hear the little nuances of the effects or distortion, or the players fingers on the strings, in a way that can be harder to hear on sets with more mid-bass pushing into this section. The balanced armatures also deliver a bit of that BA crispness or “BA timbre” you’ll read about when you spend enough time in this space. I happen to like that extra sharpening to the sound, but if you’re experienced enough to know you don’t like that, this may be a set to avoid.

Treble: The treble on this set is never sharp or sibilant. There’s a modest amount of air but nothing crazy. Instead, I think the treble tuning is rather carefully done. There’s just enough present to push cymbals, breaking glass, and atmospherics forward and to add a bit of extra clarity. The balanced armatures do a very good job here and make this an enjoyable, non-fatiguing listen. 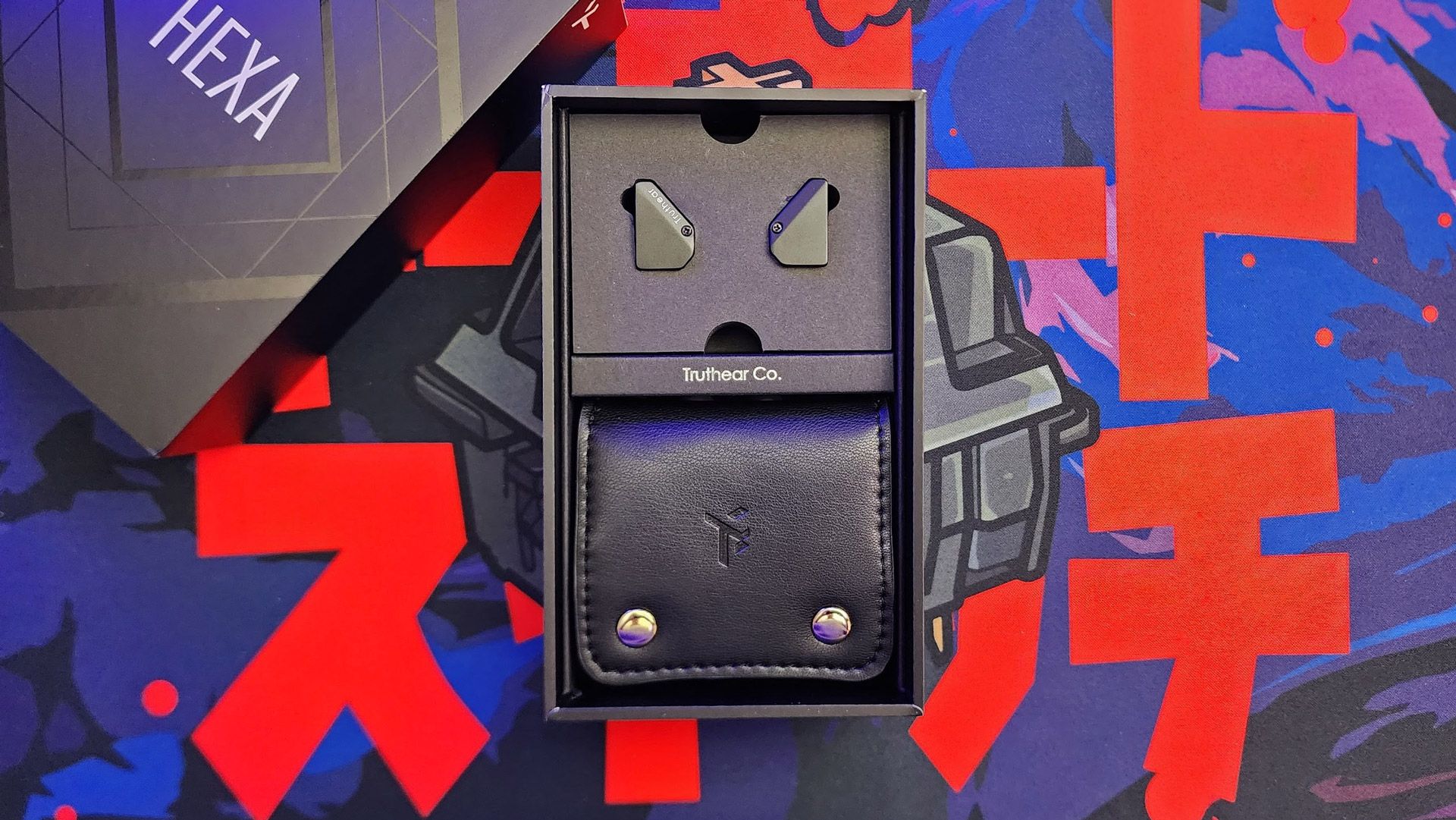 Technical Performance (Soundstage, Imaging, Layering): The soundstage on the HEXA isn’t very large, but the listening experience doesn’t feel constrained or limited either. It hits a nice middle ground where everything has breathing room and you’ll be struck by reverb trails from time to time. The same is true of the layering, or way in which the IEMs pull apart the different layers of sound: breathing room, space to hear everything that’s happening, but they’re not detail microscopes like some IEMs (particularly planars) can be.

Imaging, on the other hand, is quite good. Audio sources have strong positionality, and the stereo presentation is very clear. I love a good pair of imaging earphones and picking out sounds coming from different directions — or better yet, moving between channels! These do a great job at that, particularly at this price.

Gaming: Earphones are a tough proposition when it comes to gaming due to their inherently more limited soundstage. With that in mind, the HEXA aren’t a bad choice for gaming, as long as you don’t need exceptional depth to your listening experience. The modest limitations to the soundstage compared to the competition does make gaming feel less spacious, but the excellent imaging and layering make it easy to pick out directional audio cues like footsteps.

The clarity between the layers of audio cues also makes it easier to hear exactly what’s happening around you at any given moment. Consider the following audio stack in a first person shooter, listed bottom to top: soundtrack -> environmental/atmospheric sounds -> emergent sounds (explosions/battle sounds) -> dialogue and teammate vocals. It can be easy to lose details amidst all of that simultaneous noise, but the HEXA does an admirable job of preserving it and presenting it more cleanly than even many gaming headsets.

As is often my recommendation, use Dolby Atmos with this set for the best of both worlds. 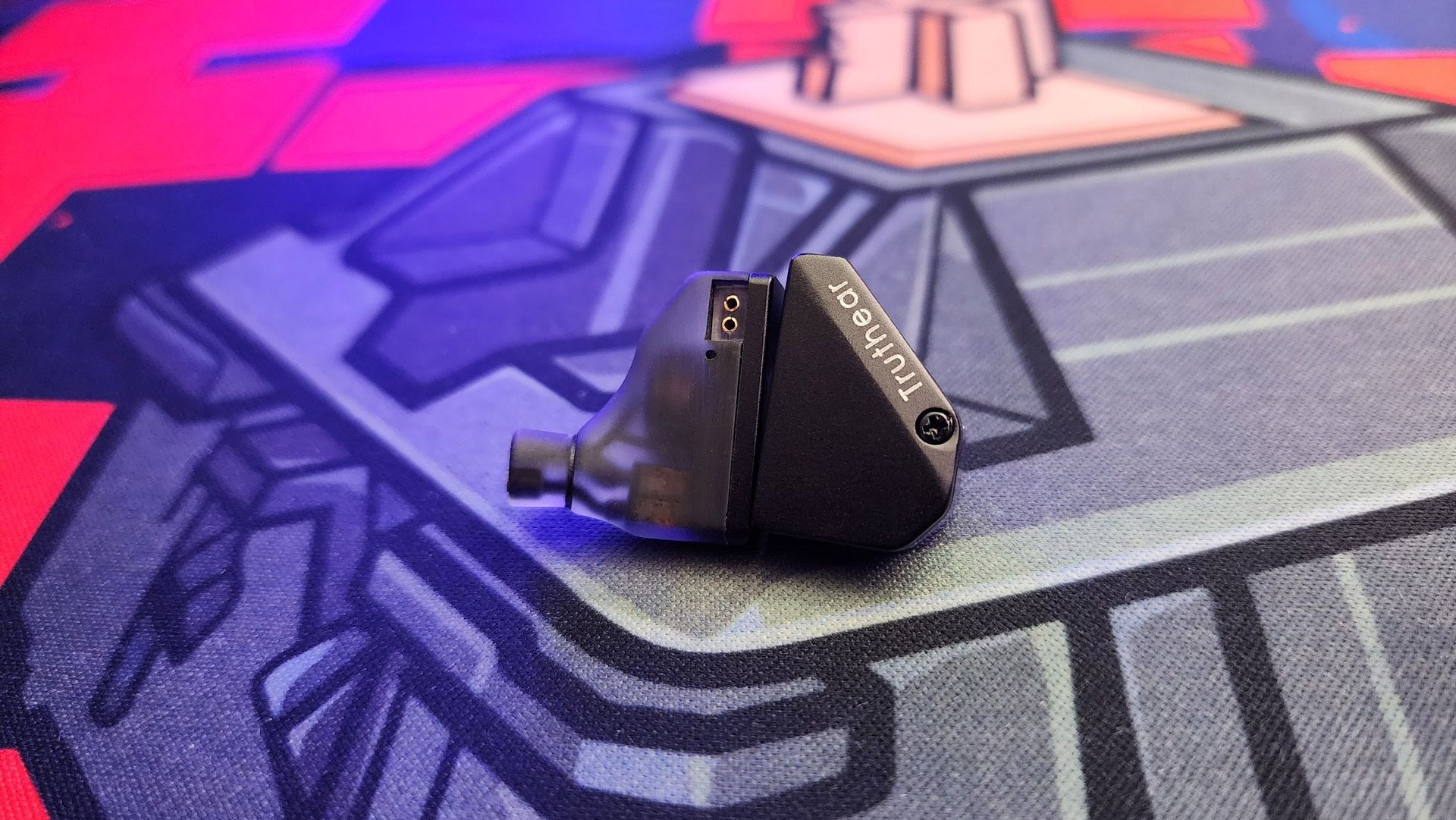 The Truthear HEXA is an excellent IEM in general but is downright surprising at its current asking price. In a blind listening test, I would put it closer to the $200 range, so finding it at only $79.99 is a particular treat. If you’re looking for an impressive set that will deliver lots of detail and has a versatile enough tuning to work with multiple genres and types of content, it is well worth a closer look.