The Roccat Syn Pro Air pays close attention to detail. Everything from the build quality down to the illumination. With a price tag of $120, it’s a compelling option for anyone looking for a wireless headset with a touch of flair. This, of course, is matched by its immersive 3D audio experience powered by the Turtle Beach 50mm neodymium magnetic drivers. Is this enough to win a spot at your gaming station? Find out in our review.

With the onslaught of lightweight gaming gear on the market, when I came across the Roccat Syn Pro Air, I found myself wondering what makes them special from the rest. The answer to that is attention to detail. Roccat paid extra attention to the tiniest elements of the Syn Pro Air. The light design reduces fatigue while still providing a great experience.  Inside this light design, Roccat has packed in 50mm neodymium drivers that produce an impressive scale of audio that is both clean and crisp. Naturally, I put this to the test by subjecting them to various audio tests designed to check for frequency response, driver quality, and equalization, in addition to real-world gaming.

Frequency response is about more important than just being loud. Frequency response is a measure of how the drivers in the headset reproduce sound from the lowest lows to the highest highs and how loud each frequency is in comparison. Here, the Roccat Syn Pro airs have a fun, bassy sound but one that also brings out footsteps and locational cues to give you an edge in-game.  Gamers rely on these cues to determine locations and pick out opponents before they’re found first. . This is especially true in first-person shooters.

Using the Syn Pro Air during long gaming sessions of CS: GO, these elements stood out like a pink elephant. The natural tuning is great for gaming but is made even better with Roccat’s immersive 3D audio. With this enabled, I could easily hear the footsteps and even the direction the shots came from with a great sense of space and atmosphere. While focusing on this aspect, I even found my reaction time would improve. Being able to reproduce these sounds is only part of what makes the drivers good. For a more objective test, I subjected them to a sweeping bass signal that rocks each transducer. This can often reveal rattling or other unwanted interference but nothing of the sort appeared. The 50mm drivers are rock solid and provide deep, satisfying bass. 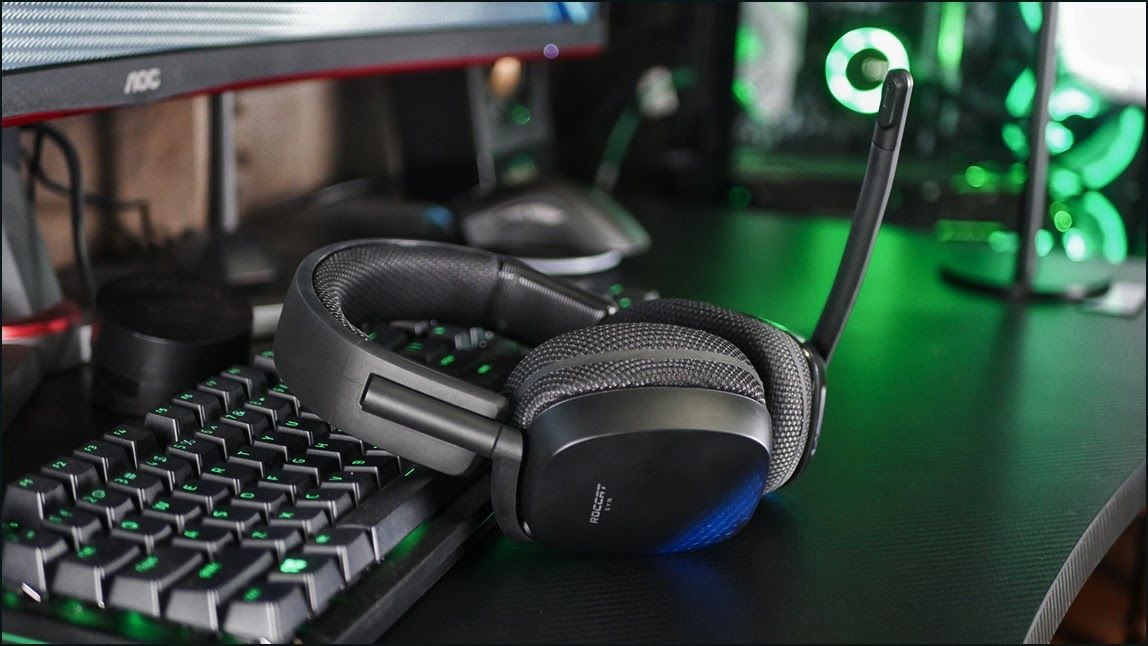 Channel balance is another important factor that can alter the user’s experience and impact how reliable (and realistic) a headset is. Both speakers should be able to work independently in clearly separate channels and be able to maintain the appropriate balance for what’s happening in-game. My test started with checking if each position in space could be identifiable. Each side performed perfectly and I could easily detect sounds on the left, left-front, and left rear, so positionality is in check and well-suited for gaming. This was the same for the right side as well. Roccat’s Immersive 3D Audio seemed to add a bit of verticality in addition to enhanced soundstage but at a cost. With this feature enabled, the sound would sometimes subtly bleed between channels which could impact the perception of sounds behind me.

Roccat’s Stellar wireless technology utilizes the 2.4 GHz channel via a USB Type-A dongle. The claim is this will give the user the speed and reliability of a traditional wired connection. As with most wireless headsets, the range was around 10 meters. In truth, I have not had many reasons to go farther than this from my gaming sessions. It was nice being able to go to my kitchen for refills without missing out on what was happening at my PC. I did find that the dongle was susceptible to interference, however, At one part of my room, the microphone would be choppy and cut out if I moved more than a few feet. This was corrected by moving to another location such as my keyboard hub.

The battery life of the Syn Pro Air was long-lasting with claims of 24 hours of battery life from a single charge.  I was able to fully charge these via the rapid USB-C charging in less than an hour. This is important as gamers cannot afford to have continuous charging cycles that interrupt gameplay. This was a great addition and I am happy to see that more devices have adopted the use of USB Type C. Not only does this allow quick charging, but it also works with the existing cables I have a magnitude of for my devices. 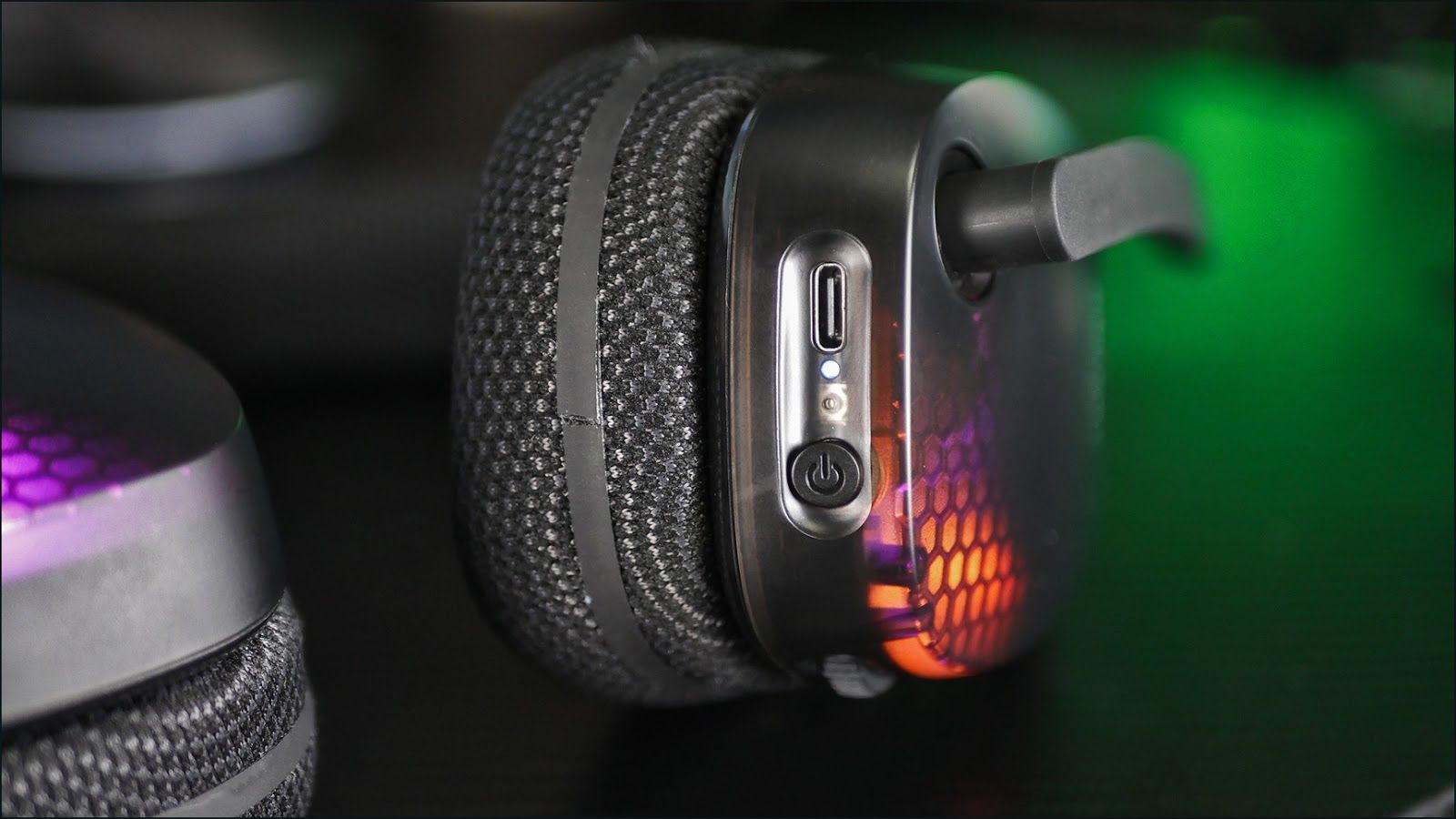 Extended periods of gameplay were a sinch due to the moisture-wicking fabric and the overall light design. After a few hours of game-play, I did not notice any moisture build-up or soreness during use. For a test, I ditched my contacts and sported my stylish-geeky glasses, and determined that this too was another area that performed well. Not once did my glasses become uncomfortable due to the clamping force or being wedged between my skull and cushions. To try something different, I took the Syn Pro Airs to my local gym and gave it a go. The isolation was welcome and it allowed me to focus and play music while trying to hit my goals. I may not have reached them but these headphones sure did!

The microphone, well,  it’s something that often feels like a last-minute addition with gaming headsets, but thankfully, Roccat gave it the attention it deserves.The Syn Pro Airs come with a removable unidirectional microphone that has the bonus of muting while in the vertical position. I found this great as when I took off the headphones during game sessions the headset would be muted and I did not have to worry about other players hearing my secret plans for world domination. This is easy to remove and comes with a pre-inserted plug when you do not need it. The audio came through clean and clear with no distortion. Here is a short audio clip using the microphone:

This also leads me to a feature that I had somehow not encountered before: mic-monitoring, a.k.a. sidetone This can be useful when testing out the functionality of your mic before game sessions or even streaming. The headset has a dedicated wheel for controlling this on the right side. I found it useful when I needed to hear myself over others and helped me make sure my levels were good to ensure I was being heard clearly.

Last but not least is Neon, Roccat's software package for controlling each aspect of the Syn Pro Air.  With it, users can adjust volume, microphone volume, and toggle on various features such as Immersive 3D Audio. While the suite was functional, it did feel a bit bland and not as impressive as Roccat’s other suite, Swarm, was to me. In Neon, you can also change the various colors of the onboard RGB illuminations, including the company’s AI-driven lighting suite, AIMO. This can be configured with different effects, in addition to AIMO, as well as being able to adjust static colors and brightness. If you are using other AIMO peripherals, the Syn Pro Air will sync up as well and allow the lighting effects to move seamlessly between devices. These features are similar to that of Razer Chroma, Corsair iCUE, and the rest, but felt rougher around the edges as it would be spotty during the process of applying changes. 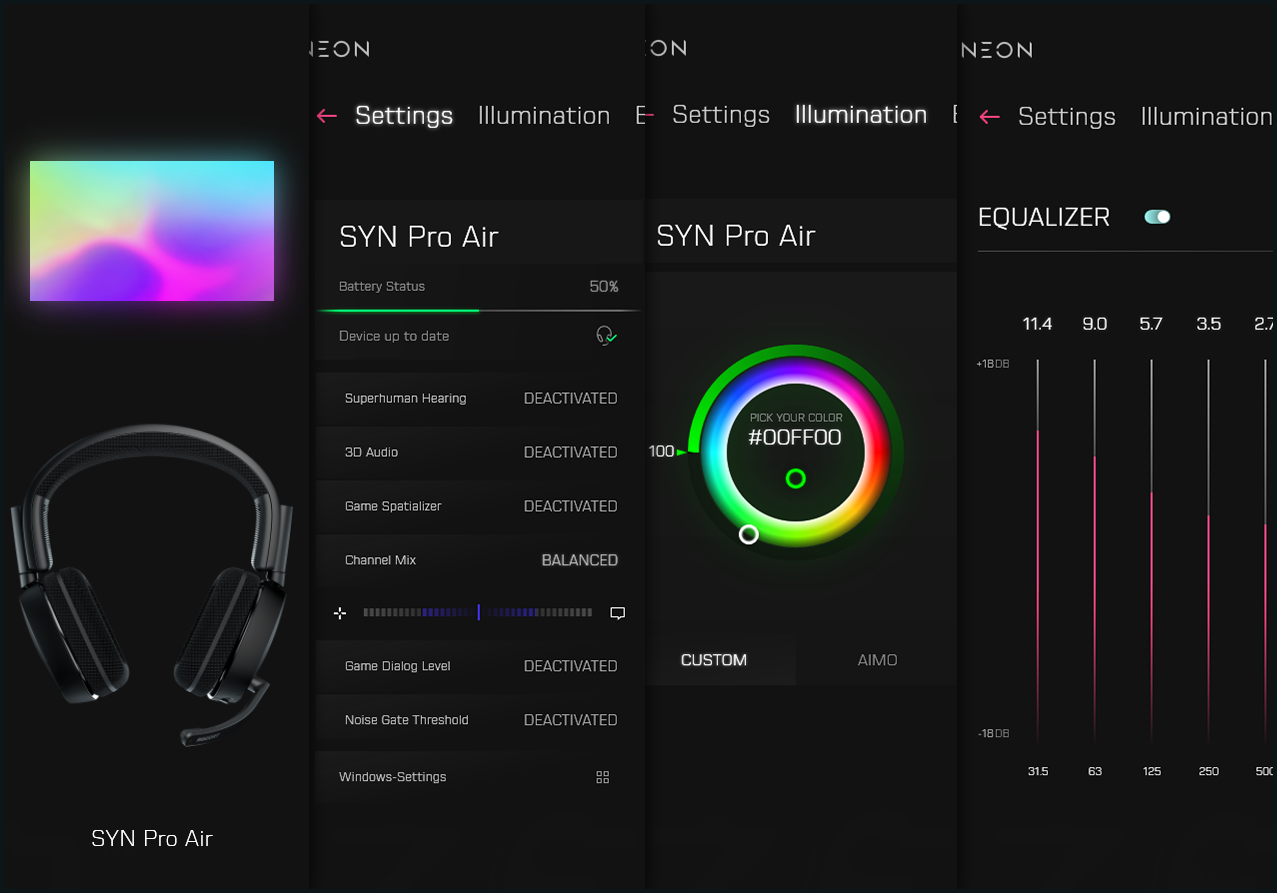 A few design choices did give me some issues. While none of these issues presented major issues over time, they did demand a small learning curve. The biggest of these is button placement and sensitivity. The power button was especially sensitive and I would sometimes turn the headset off by accident. It was just as easy to turn back on but would have issues reconnecting back to the transmitter if I tried to do so too quickly. When this happened, I needed to unplug the transmitter and insert it and try again.

The headband was another issue. The adjustments would sometimes shift on me, forcing me to go back and fix them. This also was something I found that would result in me hitting that power button and turning the headset off. After a few random presses and a heated moment or two, I was able to train myself out of accidental turn-offs, but it’s really something that should have been designed around. 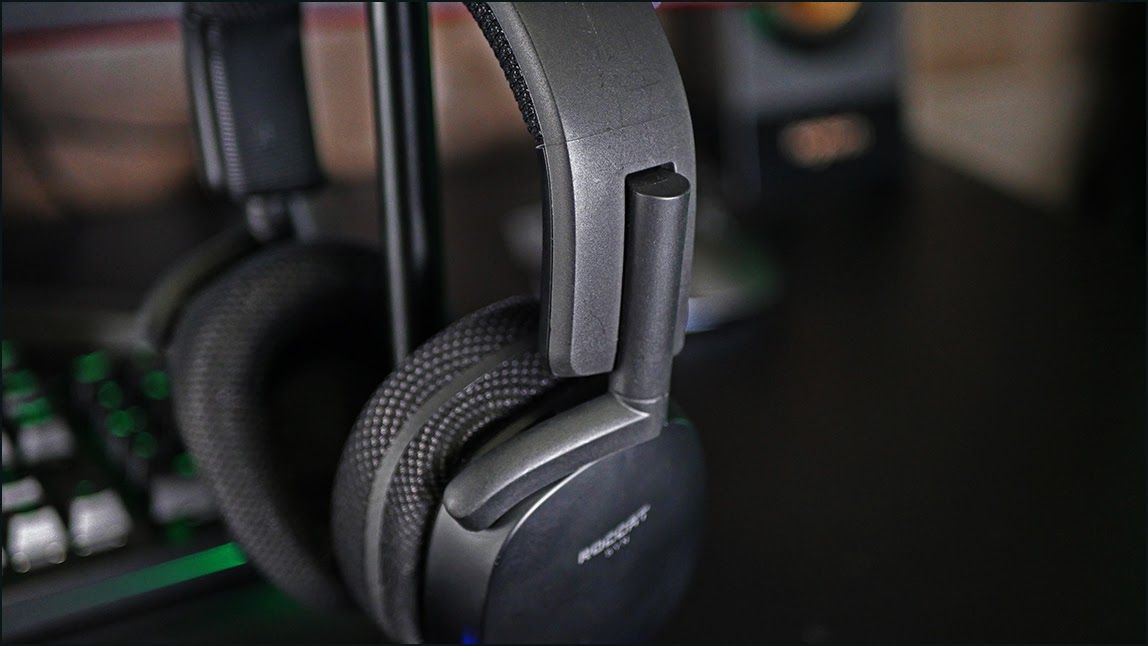 Wireless headphones are a dime a dozen nowadays, and it might be easy to write the Syn Pro Air off given the two issues I highlighted above. The sound quality and comfort really do make a difference, though, and for the cost make this feel like a solid buy, touchy power button aside. For $119.00 on, these remain a solid buy for gamers on a mid-level budget.

The product described in this article was provided by the manufacturer for evaluation purposes.
7.5Good
Pros
Cons
Tags
gaming headsets
headphones
audio
Roccat