The Razer Viper Mini is Razer’s latest foray into the ever-popular ultra-lightweight category of gaming mice tailored towards professional eSports players. A miniature version to last year’s Razer Viper, the new Viper Mini is Razer’s smallest – and lightest – gaming mouse to date coming in at only 61g. Featuring Razer’s new optical switch technology with true 8500 DPI, 6 programmable buttons, and Speedflex cable, the Viper Mini is a premiere eSports gaming mouse designed for those with smaller hands. But is it as good as its predecessor when it comes to gaming? Join us as we find out.

The Razer Viper Mini has a sleek form, featuring an ambidextrous design carried over from the Viper. This means that the Viper Mini can be used by either right-handed or left-handed gamers, since both sides are mirrored, although the side buttons are only available on the left side of the mouse. In my left-handed testing, I found that my ring finger does tend to accidentally press the side buttons when using a palm grip, but I didn’t have any problems with either a claw or fingertip style grip. Since the Viper Mini is designed with eSports in mind, this makes sense because palm grips don’t lend itself well to the quick, twitch movements that are often required in competitive games.

Razer’s patented Speedflex cable returns to the Viper Mini as well, offering an extremely lightweight and unobtrusive cable. The braiding is noticeably flexible and has a looseness that allows for the cables within to freely move around. The Speedflex cable was actually one of the first things I noticed about the Viper Mini when I took it out of the box because unlike other hardware I’ve gotten, the cable felt super soft and when I unwound it there were hardly any kinks in the wires. I hate how stiff and rigid a lot of my cables are around my PC, so it was nice to have a cable that practically feels as if it’s not even there.

Aesthetically, the Viper Mini is pleasing to look at and features very tasteful RGB lighting. I think it’s a novel idea to utilize an underglow RGB light at the bottom, base of the mouse because it helps deliver an ambiance that can match up with other peripherals, like mousepads and keyboards, that also offer customizable RGB lighting. The lighting on the Mini looks cool without being obtrusive or distracting. I also like the white 100% PTFE mouse feet that contrast with the black outer shell, and provide smooth gliding across surfaces.

The Viper Mini thankfully foregoes the honeycomb shell that is so popular with other lightweight gaming mice, and have Razer claims to have instead refined the same shell from the Viper to be twice as stiff as before. This is good news, as a honeycomb design tends to attract and collect dust or small particles that can get into and damage a mouse’s internals. With how solid and popular the Viper’s design was, it’s no wonder that Razer opted to improve upon the same design for the Viper Mini.

The only thing lacking from the design of the Viper Mini that I would have really appreciated is grips along the side of the mouse. The Viper featured textured, rubberized grips that helped prevent fingers from sliding during use and I think that it’s unfortunate that the same textured grips could not be utilized on the Mini. For such a lightweight mouse, it would have been nice to have some sort of grip to prevent accidental slips and to provide better control. During my time with the Viper Mini, I haven’t had the mouse slip out of my hand while playing but at the same time I did not feel as comfortable with quick flicks as I do with some of my other mice.

The Viper Mini also features Razer’s new optical switch technology and Razer claims to have further refined it in order to provide a feel that’s much closer to mechanical switches. Razer says that their optical switches have a response time of 0.2 milliseconds, roughly three times faster than traditional mechanical switches, and have a durability rating of 50 million clicks. In use, the Viper Mini feels just like a mechanical mouse and has satisfyingly clicky sound with every button press. Even the two side buttons offer a similar clickiness when used. In truth, I would be hard-pressed to tell the difference between the Viper Mini and a traditional mechanic mouse.

The Mini also boasts a sensitivity DPI of up to 8,500 which seems low, especially when compared to the Viper’s 16,000 DPI and the Viper Ultimate’s 20,000 DPI but honestly, I found that with my 1440p monitor I tend to stick around the 2,000 DPI range anyways. There are up to 5 onboard stages available to be able to switch DPI settings on-the-fly and can be further customized within the Razer Synapse app. Personally, I set up only two stages – one for desktop use and one for in-game – and would just customize the game’s sensitivity settings rather than having so many different stages to switch between. But with 5 different stages, you could potentially have an individual DPI setting for each game that you play.

Using the Razer Synapse 3 app with the Viper Mini was simple and intuitive. I like Razer’s Synapse app, and I think it’s one of the most user-friendly customization software available for hardware. Through the app, you can customize the key binds for the 6 programable button, as well as set up the DPI stages and RGB lighting for the Viper Mini. There’s only one profile available on the Mini at a time, so when I wanted to change the lighting or the key binds, I had to go back into the app to change profiles. Thankfully, the Synapse app does allow for different profiles to be saved so that you don’t have to manually set the key binds every time you want to make a change.

First, and most unabashedly, I took the Viper Mini for a spin in Fortnite with the new season now being underway. My first few matches went about as well as I expected, which is to say not good at all, but after I changed around some of the key binds on the mouse buttons I was starting to fall into a groove. It would have been nice to have just a couple more buttons on the Viper Mini to use in Fortnite for making it easier to switch between either different weapons or the different building blueprints, but just by having the two extra side mouse buttons available made a world of difference. My default DPI setting worked perfectly well, and I didn’t feel the need to adjust the in-game sensitivity at all.

Second, I hopped into Destiny 2 to try out some ranked Crucible matches. I always find Destiny 2’s sensitivity to be finicky every time switch out my mouse, so it was a perfect opportunity to see just how well I could fine-tune the Viper Mini in a game I’m more familiar with. I tried out the default settings initially and, as to be expected, I got my butt handed to me. The lightweight Viper Mini in Destiny 2 felt a tad awkward in my palm, when I am more used to larger mice and having a lower sensitivity. I felt like I was overshooting everything by just a hair, and I couldn’t get the accuracy down right. So, I adjusted the DPI to be a lot higher and took down the sensitivity in Destiny 2 considerably to try and provide more accuracy with smaller movements. This helped tremendously and, although I still got my butt handed to me, I felt a lot more in control and was able to line up headshots where before I was just shooting at the air. 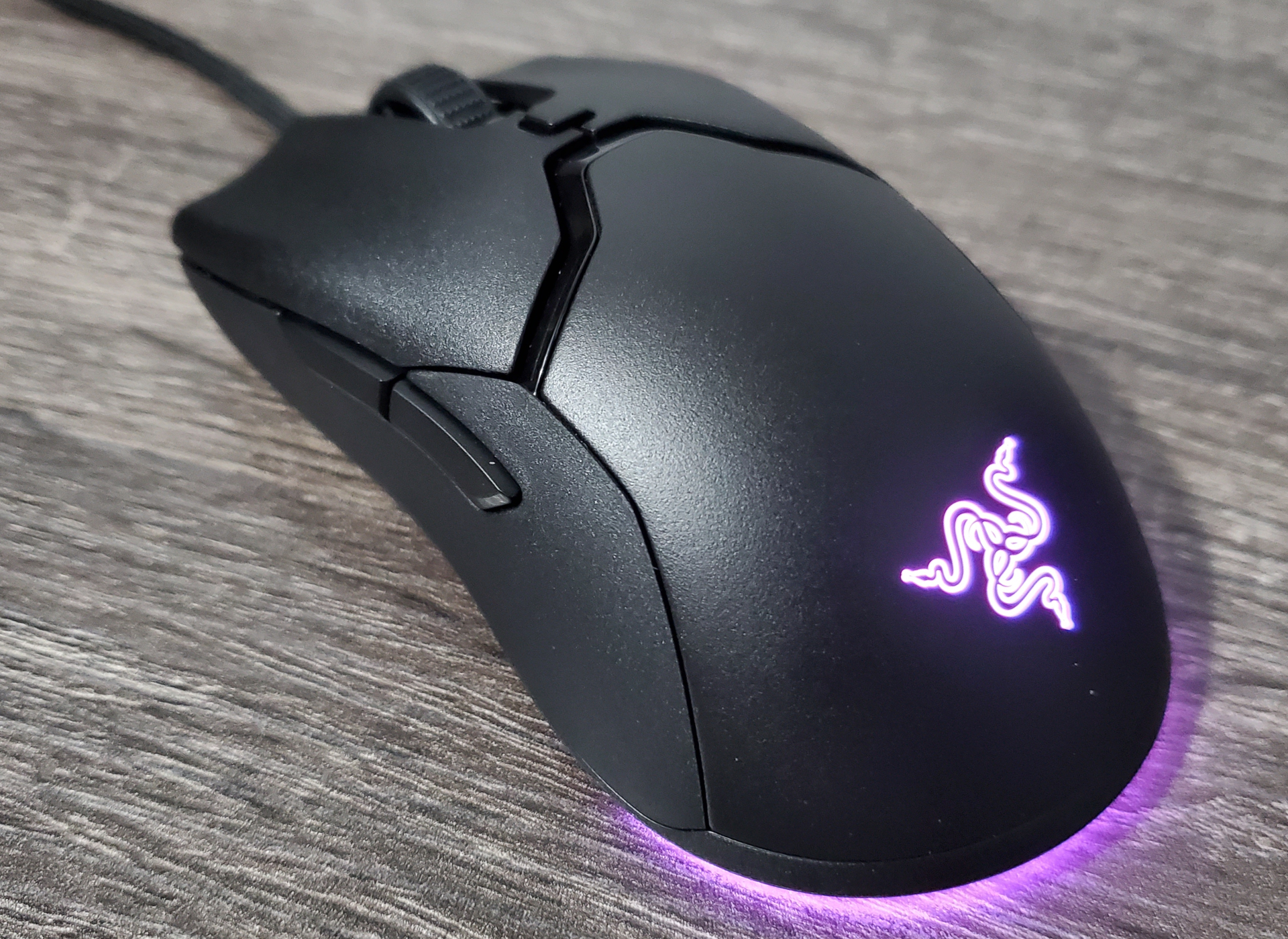 To change things up, I decided to try out League of Legends and see how the Viper Mini performs in a more tactical sense. For LoL, I didn’t need to worry so much about the DPI on the mouse and tried to make it as comfortable to use as when I’m on the desktop. Since controlling movement and selecting enemies is all done with the mouse, it’s a perfect opportunity to check for any mis-clicks or accidental clicks that might occur when fighting enemies or maneuvering around. I didn’t have any problems while playing League of Legends and, in fact, it was a little shocking how natural it felt to use the Viper Mini. Halfway through my first match, I had forgotten that I was testing for clicking accuracy because I wasn’t mis-clicking on anything – the cursor was going exactly where I intended.

Lastly, just for comparison sake, I hopped into both World of Warcraft and Final Fantasy XIV to see how it faired playing MMORPGs and, as you can probably guess, it’s not great. The Viper Mini is perfectly capable of playing an MMORPG or any other kind of RPG, but it’s not as good of an experience without having more programmable buttons on the mouse. I programmed the two side mouse buttons to L Alt and L Ctrl to utilize different hotbars, but it’s not enough to fully have access to the wide gamut of keys necessary in play those style of games. It’s also uncomfortable to use the side mouse buttons as toggle keys in my opinion, but I couldn’t figure out a better system that would work.

The bottom line is that Razer’s Viper Mini is designed for core competitive eSports games, like Rainbow Six Siege and Counter Strike: Global Offensive, and not for games like Path of Exiles. Although it’s perfectly adequate as a regular mouse, the Viper Mini really shines when it’s put to use in games that require twitch reflexes.

The Razer Viper Mini is available now for a MSRP of $39.99 through Razer’s website. At only half the price of the Razer Viper, the Mini offers eSports-level hardware at a budget price. With all the bells and whistles that can be expected of a Razer mouse, it’s a perfect addition for any gamer with small to medium sized hands. Although it doesn’t perform as well out of the competitive gaming scene, the Viper Mini is up to any task. And with the suite of customizable RGB options available via the Razer Synapse app, you’ll look stylish too! 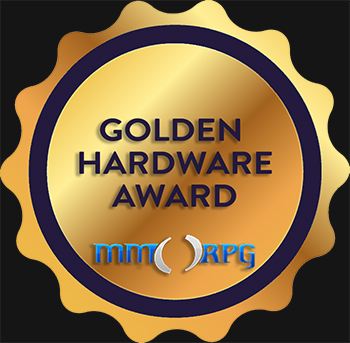