Mobile streaming is more popular than ever, and conventional desktop mics just aren’t conventional to use on the go. Razer aims to solve that problem with the Seiren BT, a bluetooth lapel mic designed around portable use.. At first glance, it offers everything a streamer would crave: small, lightweight, and easy to use on the fly. Will the Seiren BT be enough to free you from your desktop tethers, cutting the cord at the PC and providing the portable fix you need?? Join us as we find out. 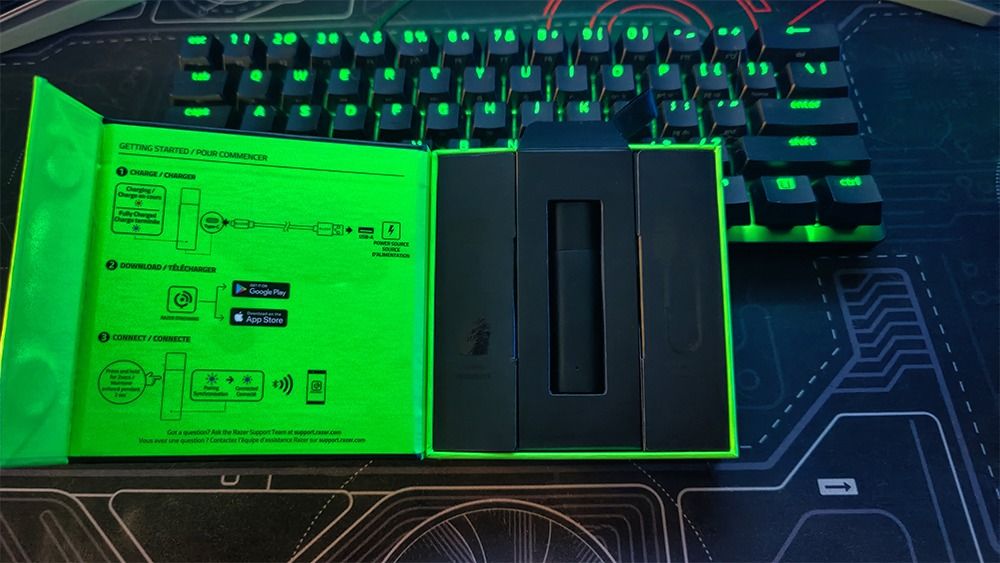 The Razer Seiren BT is possibly one of the smallest wireless Bluetooth mics weighing in at only 14.5 grams. Not only is it light, but it is also incredibly small with a length of only 63.5 mm. IRL streamers are able to wear the device on their body and forget it’s even there.. The Seiren utilizes the latest Bluetooth technology to offer a reliable and stable wireless experience.. With that being said, it is not easy to recommend for every user, as your results may vary depending on how you plan to utilize it.

Whether you are going out for a hike in the woods or  streaming from your gaming rig, the Seiren BT has you covered. The microphone uses an omnidirectional polar pattern that offers a crisp and clear vocal pickup. Razer also includes a small windsock to make sure that the breeze doesn’t wreck your recordings when creating content outdoors. 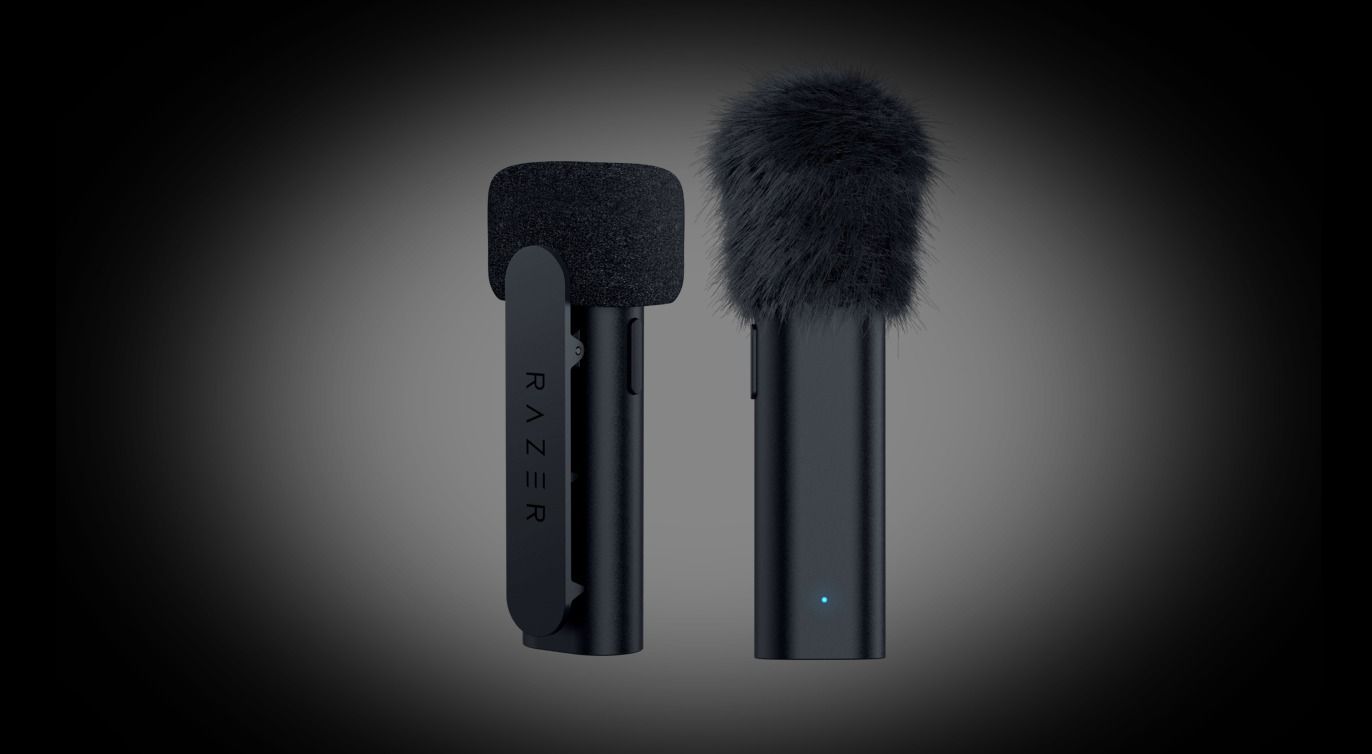 On paper, the Razer Seiren BT seems like the complete package. It's lightweight and wireless, offers high-resolution recording, and offers impressive battery life. At this point, I was convinced it was worthwhile to check out and see if it would allow me to walk away from my PC and create content outdoors — or heck, even just not have a dedicated microphone taking up space on my desk.

Once it arrived I was riddled with excitement.. The pairing process was simple: you press and hold for 2 seconds to enter pairing mode, locate it on your device, and you’re good to go.

You’ll customize the device using Razer’s mobile streaming application. The application instantly recognized it and allowed me to begin making changes. The options are understandably limited for a device like this but do offer the customizations you would need out of the box, including AI noise cancellation. There are three levels for the AI settings: Off for quiet environments, Low for normal environments, and High for noisy environments (such as strong winds or even large crowds).

I live in a house with two small children and animals. I choose High as my default setting to block out the noise and let the mic focus on me. Even with that setting, the Seiren would still pick up noises from the other rooms nearby. The provided indoor windsock did help with dampening the small noises that might come from rubbing on your shirt, however, so it did its job well. By default, the gain was set to about 47%, which was a bit high. I opted to drop it down to about 7-10% for normal use, but your level will depend on your voice and environment.

Performing a few vocal tests in audacity, I could confirm the audio was clear but still picked up quite a bit of background noise even with the AI settings set to High. Next, I moved on to what I will be using it the most for: streaming through OBS. Based on my prior tests, I set up some filters inside OBS to help with the noise suppression as well as a noise gate to help reduce the chance of unwanted noise during my streaming sessions.

As advertised, I thought it would be fun to use this as an on-the-go mic for recording with my smartphone when outdoors. However, this is when things got a bit frustrating. The majority of recording applications limit Bluetooth recording quality, so I had to hunt for an app that would allow me to record 1) over Bluetooth, and 2) at full quality. . Many apps don’t allow you to use a Bluetooth device for recording, so be sure that your preferred application supports device selection and Bluetooth audio. 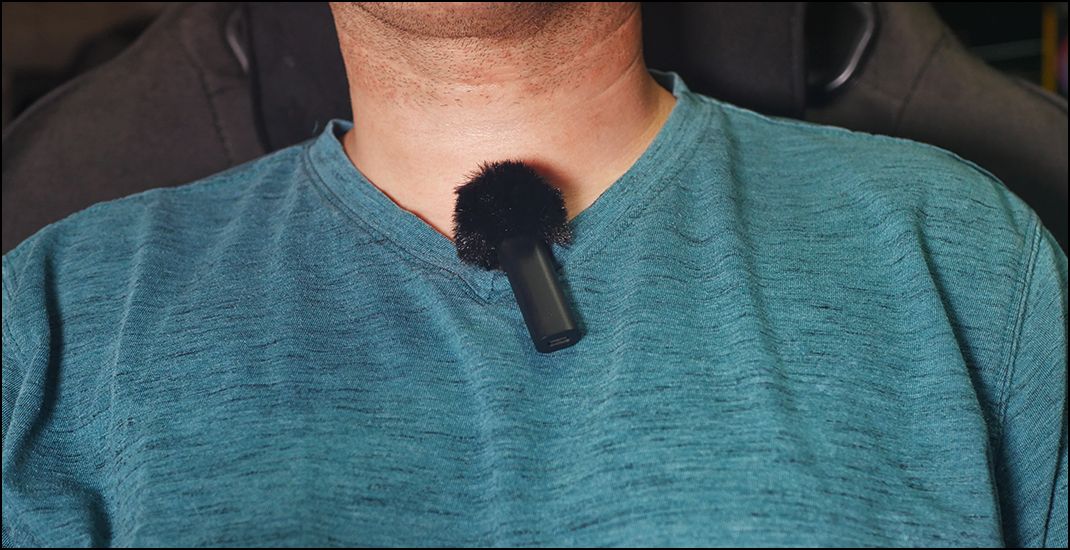 The battery life ranged depending on how often it was being used, but generally did reach the six-hour mark from being fully charged. The Seiren BT offers quick charging via the USB-C. With the companion app you can adjust the idle turn off. This is important as the 140mAh battery is small in capacity.

This is important as IRL streams need a device that can last throughout even lengthy streams, and the Seiren BT is up to that task. For PC and Mac gamers, the Razer Seiren BT can also be an alternative to adding a secondary fixed mic to your setup or even add mic functions to your favorite pair of headphones.

Would I suggest the Razer Seiren BT? That answer is more complicated and depends on the user. The on-the-go wireless freedom is tantalizing. It works great on PC but you’ll need to vet your apps to make sure it’s compatible on mobile.This isn’t the fault of Razer but is still an important point to consider. More important is that the microphone has a decent amount of white noise, so you’ll still want to use noise suppression where possible. This Seiren BT is a decent mic in relatively quiet environments and does free you from the wire, but there are enough considerations where it can’t be a wholesale recommendation for every user. If you are seeking a budget friendly wireless lapel the Seiren BT is definitely an option as long as you do not set your expectations too high.