Gming headsets, much like other peripherals, have been evolving. New technology, features, and designs have been rolling out, making this core peripheral more competitive than ever before. The Razer Blackshark V2 is a successor to the original Blackshark and brings with it improved features, technology, and a modern, lightweight design. Will the Blackshark V2 put you on the path to esports stardom? Coming to market with an MSRP of $99.99, let’s see whether these competitive cans make the leaderboards. 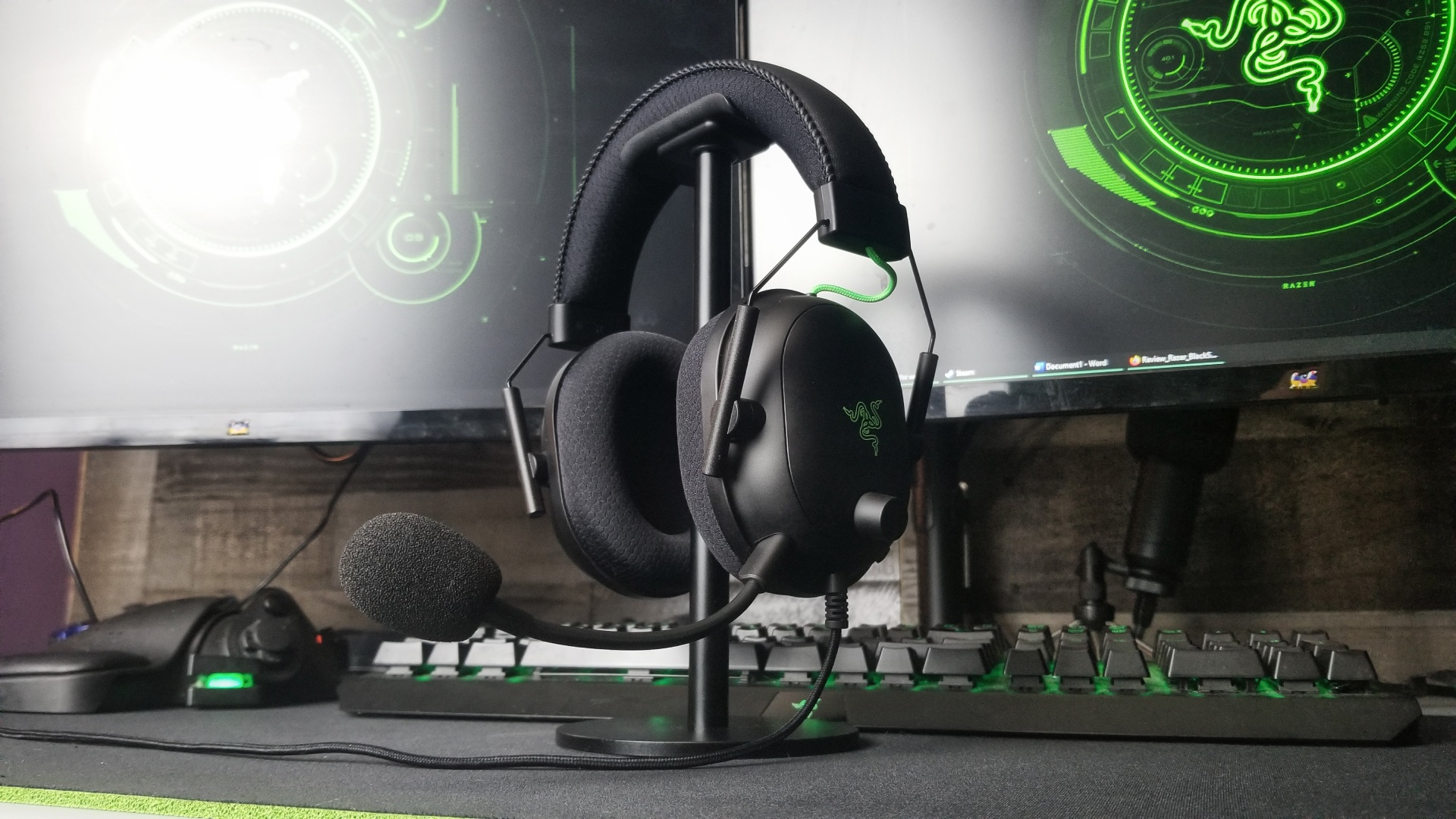 Have you ever just asked yourself, truly, what you need in a gaming headset? I did recently, and the Blackshark V2 not only exceeded my expectations, it completely changed what I thought I was looking for in a gaming headset. In recent times players like myself are more and more attracted to products that push innovative features and offer “wow factor." With features like THX integration, and knowing the pedigree of the original Blackshark, my expectations were set high on the scale.

Yet, even with those high expectations, the moment I rested them on my head, I was hooked. Put simply: this headset is extremely comfortable, even over long hours, sounds great, and has a very good microphone so your teammates will hear your crystal clear.

One of the biggest improvements coming to this headset is the inclusion of Razer’s new TriForce Titanium 50mm Drivers. These drivers are larger than average (many gaming headsets feature 40mm drivers or smaller), which makes it easy for them produce a full, enveloping sound without having to compensate with EQ. Razer has also taken an innovative approach to the design of the housing, separating the acoustic chamber into three separate sections, allowing for more precise tuning of the lows, mids, and highs — one chamber for each. This is an improvement over the dual-chamber design we’ve seen on other gaming headsets and, I believe, is the first to feature such a design.

The drivers themselves are also titanium coated, which allows them to produce clearer audio in the upper frequencies. Likewise, Razer has designed them with increased depth for improved bass response. The end result is a headset that offers a rich bass response for those cinematic game moments without stepping on the all-important  mids and highs that carry important competitive audio cues. Compared to the Viper headset I reviewed last, it’s a night and day difference and feels like a lesson in how bass should be done. It’s not all about the bass, though. I was able to hear fine details in games and the positionality of sounds was excellent, allowing me to hear enemies before I saw them.

Sound quality is the most important quality in a gaming headset, but if it’s uncomfortable to wear how good it sounds goes out the window. The headset is lightweight and well-padded, making them the most comfortable headset I’ve used in years — even compared to Razer’s own Kraken, which I had used previously. Hours of use later and I have experienced zero to no discomfort or fatigue as a result of wearing them for these prolonged periods. The sound isolation was also very good, blocking out noise around me to let me focus on the game without becoming too grippy and uncomfortable; however, there is an initial bit of pressure from the seal that took some getting used to. 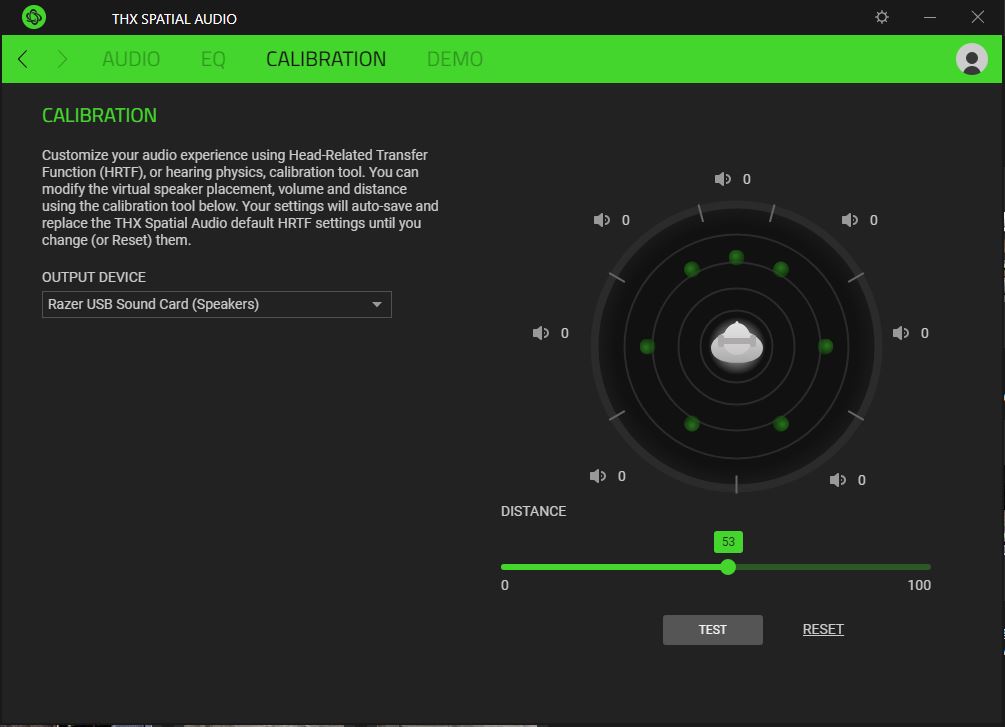 While playing games such as CS: GO, Overwatch, Fortnite, and Apex Legends the headphones were an asset that was only enhanced further by Razer’s THX Spatial Audio. This is, in essence, Razer’s 360-degree surround sound solution and it comes with Environmental and Competitive modes and specific profiles for individual games, endorsed by the developers themselves. It also features an array of customizations to really help you fine tune your sound, including the placement of each surround sound speaker and EQ adjustments. Most interestingly, it allows you to dial in the specs of your virtual room, right down to the material of the walls and reverberation. With my settings dialed in, I could detect footsteps in all directions based on positioning. This is an obvious advantage in FPS games where being environmentally aware gives you a tactical advantage and can make the difference between losing the round or winning. 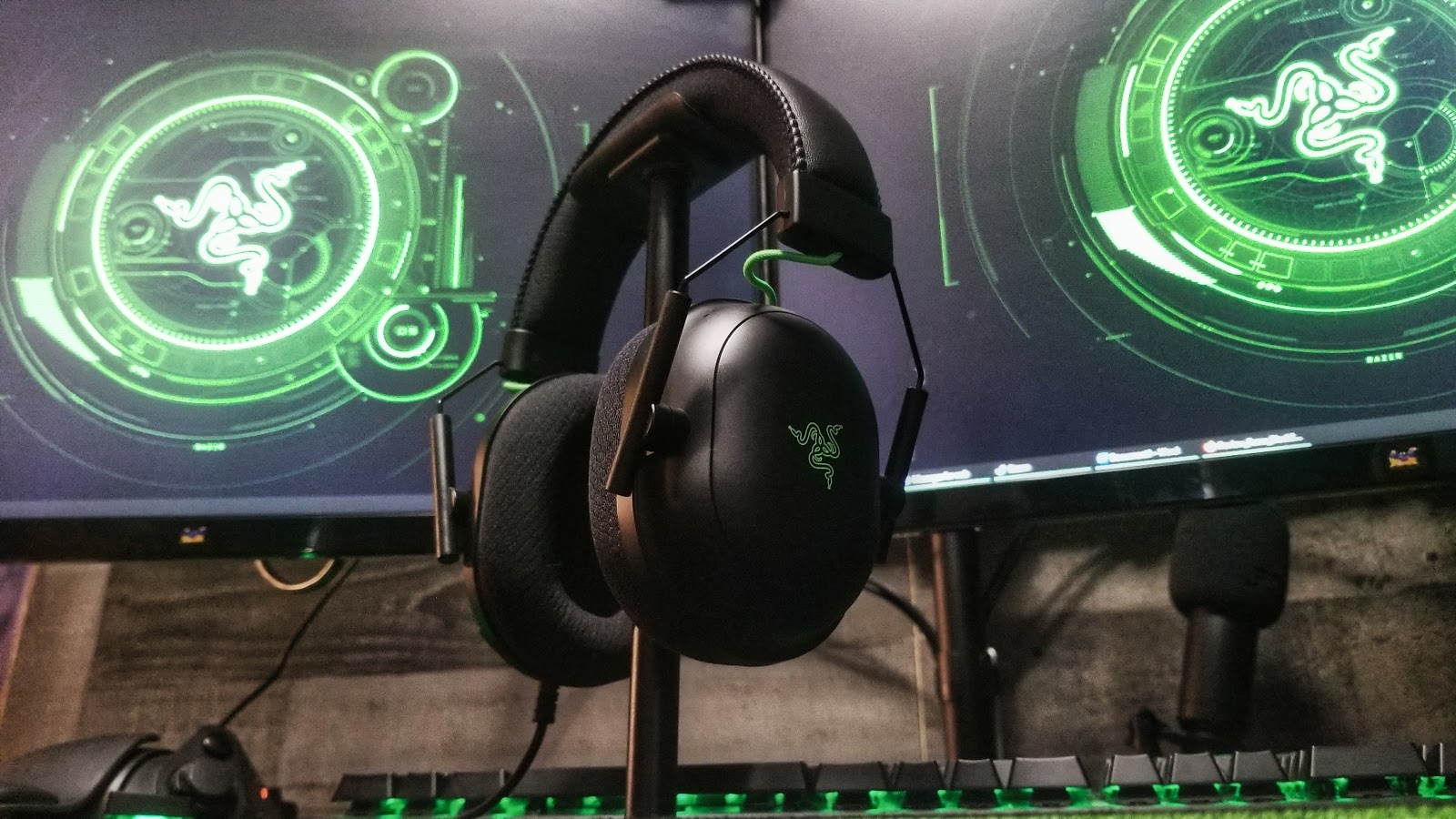 I have had a mixed experience with 3.5mm headsets in recent years. Experiences can vary depending on the the audio capabilities of the motherboard and sound card. Oftentimes, I have found volumes to be low even while maxed out when plugged directly into the motherboard. This was not the case with the Blackshark V2 since it includes its own USB sound card, which opened the door to THX and allowed the audio to be relatively loud.

Let's get a bit more technical now. I headed on over to https://www.audiocheck.net to give these a bit more testing to see if the overall claims are accurate.  The quality of the headphones during the bass test is rock solid, all frequencies provided clear sound with no buzzing or rattling. The driver matching was well balanced with no issues. Channels are aligned correctly with no cross-talk. The binaural test was impressive and realistic. 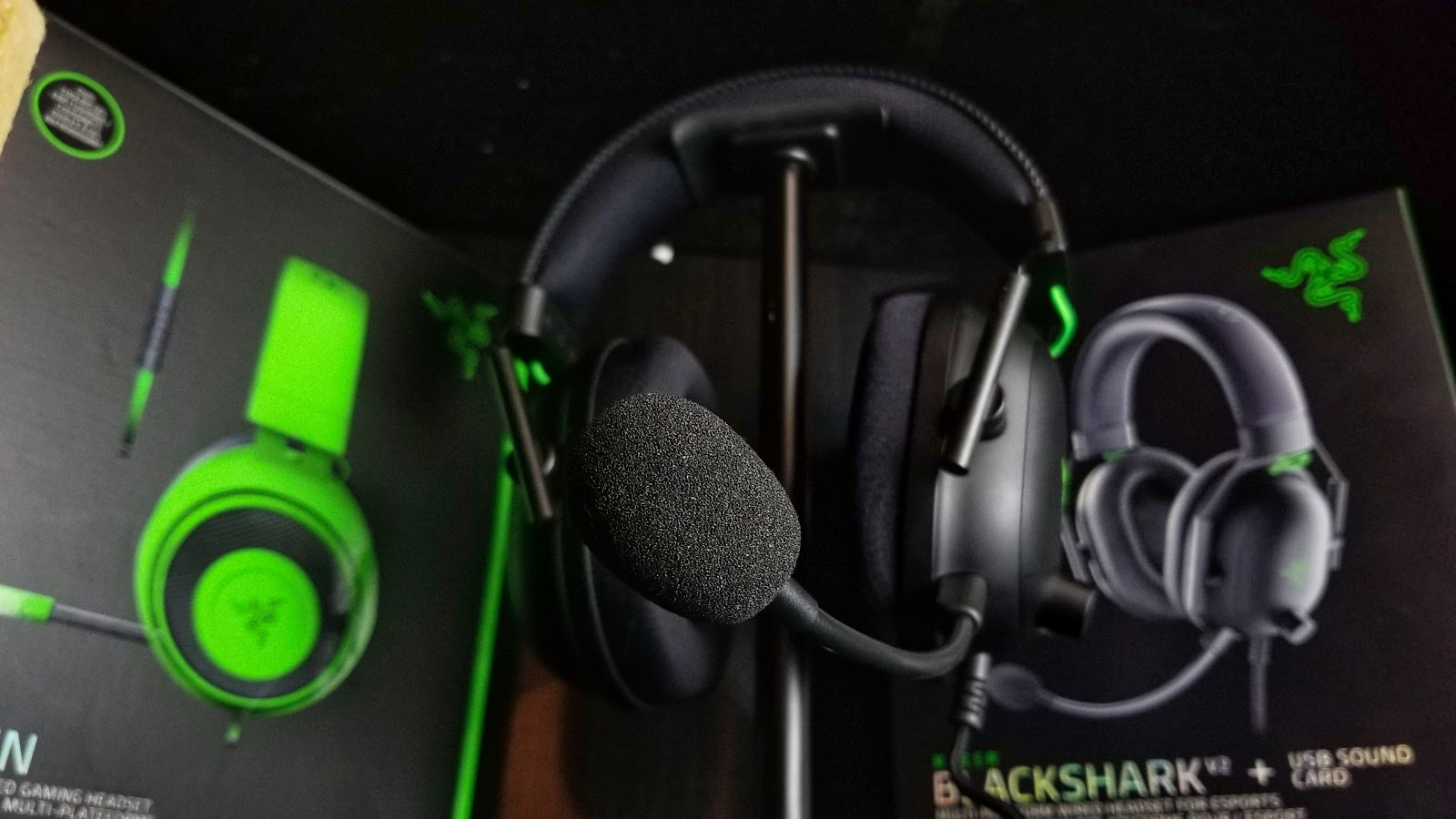 Another improvement the V2 offers is the enhanced HyperClear microphone. It’s uni-directional, so naturally blocks out more noise behind it. I also found that it offered a good representation of my voice that wasn’t nasally sounding or overly compressed, so my teammates could hear me clearly. Inside Razer’s software, there are also many different options you can set to dial in the kind of comms you need, including an equalizer, volume normalizer (compressor), and noise gate. Additionally, you can customize how much environmental noise cancellation you want. This is good if you travel, because at home you won’t need as much as a LAN or competition, for example. Have a listen:

Before I give this too much fan service, there are a few disappointing notes here. The yoke, or joint from the headband to the earcup, feels weaker than I would like.  I don’t need to make many adjustments to the band, and it was fine in my review period, but I’ll be keeping an eye on it over time. The microphone is also undoubtedly good, I however would prefer a more rigid design on the gooseneck as I often had to make micro-adjustments to keep it positioned correctly — however, this is likely  more of a quirk of mine more than a real fault of the headset. Finally, I wish the cable were slightly longer as I had trouble reaching my rear USB ports. Overall, these all feel fairly minor compared to the quality and positive impression I was left with when considering the headset as a whole.

If $99 is too expensive, you’ll be pleased to know that Razer is also debuting a trimmed down version of the Blackshark, dubbed the Blackshark V2 X. That version will feature non-titanium coated drivers (still triple-chamber) and will lack the THX USB dongle. It will, however, feature the same HyperClear Cardioid Mic and other supporting features.

The Blackshark V2 doesn’t follow the current trend of “RGB everything” taking over the market and that’s perfectly fine, as they have their own unique, aviation-inspired look. When it comes to sound and comfort, Razer has hit the proverbial nail on the head. The high-end performance of the Razer’s TriForce Titanium 50mm drivers provided an exceptional listening and gaming experience. Between the lighter frame and memory foam ear cushions, I was able to game for hours with ease.  If you are in the market for a new headset that won’t break the bank, the Blackshark V2 is a great choice.