Razer just unveiled three new gaming headsets in the Barracuda line-up. The Barracuda X, Barracuda, and Barracuda Pro each promise detailed sound that can give you the edge in games, but we went hands-on with the Barracuda Pro to find out if it’s the all-in-one, all-day headset we’ve been waiting for. Featuring hybrid ANC and high-res amplifiers to block out the world and put your games and music center stage, let’s find out if Razer has cracked the code and delivered the singular listening solution it clearly aims to be.

First off, let’s take a look at the three headsets launching today: 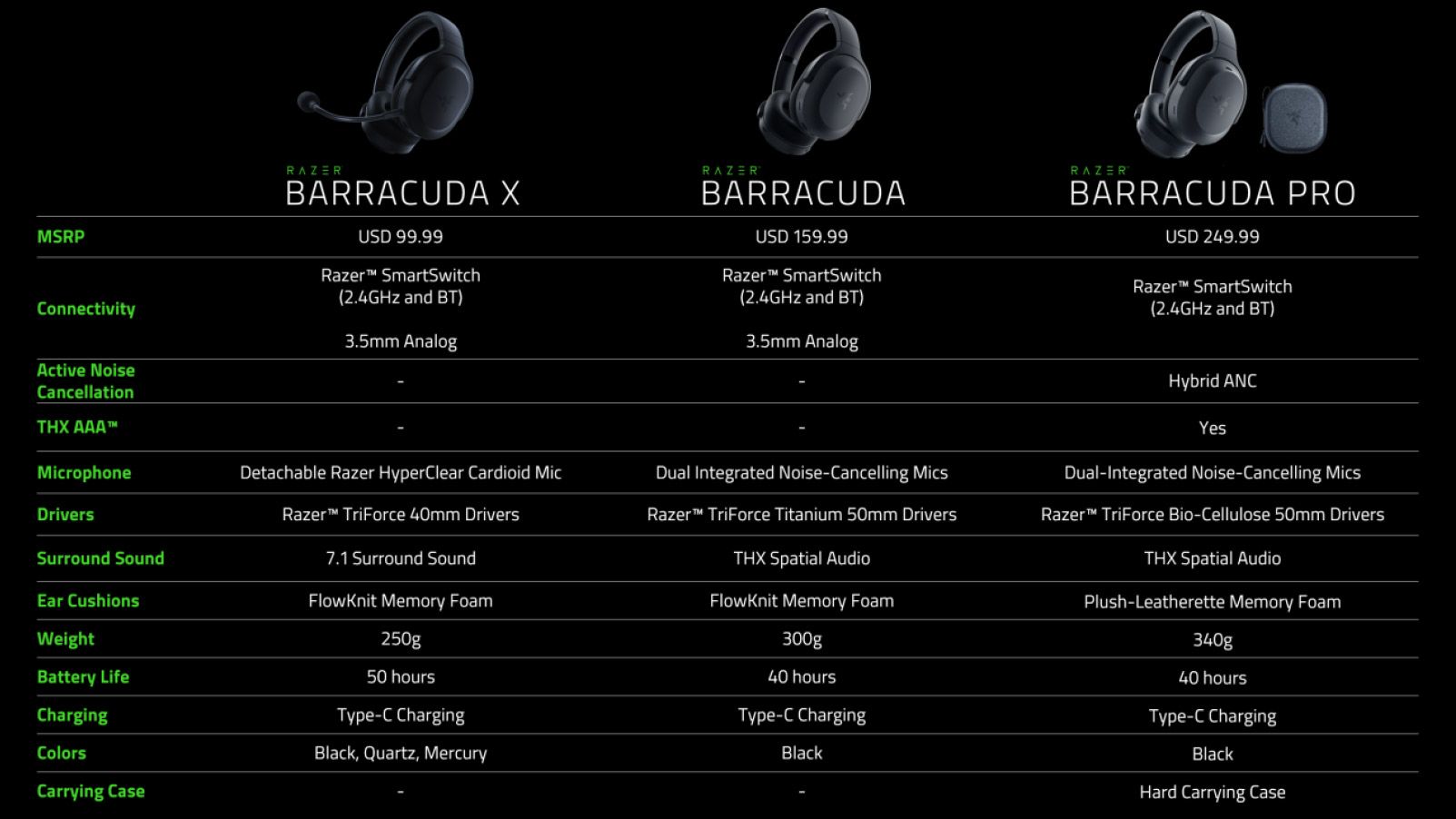 Visually, the three headsets share the same understated DNA and core features. That’s because all three aim to travel with you outside of the house without attracting unwelcome attention. In fact, the only real clue that they’re gaming headsets at all comes with the embossed Razer logo on each earcup. This is a welcome change from most gaming headsets that lean into their aggressive gamer stylings.

Between the three models, only the Barracuda Pro comes with a carrying case and leatherette ear cushions, which helps to set it aside as the most premium version currently on offer. The Barracuda X also stands apart in that it doesn’t have microphones built into the earcups, so it will be good for music on the go but will need the boom mic if you want to take calls. All three offer Razer Smartswitch so you can quickly swap between Bluetooth and 2.4GHz if you need to take a call mid-match. Also of note is that the Pro doesn’t include any kind of analog connectivity.

Beneath the surface, there is a clear step up between each headset. Paying the extra $60 to go to the Barracuda from the X gets you dual noise-cancelling microphones (so you can ditch the boom mic), THX Spatial Audio instead of standard 7.1 channel surround, and bigger, 50mm Titanium-coated TriForce drivers. Make the jump all the way to the Barracuda Pro and you get Razer’s top-of-the-line bio-cellulose drivers, THX AAA amplifiers, Hybrid ANC, leatherette ear cushions, and a hard carrying case. The extra tech in the Barracuda and Barracuda Pro use a bit more battery, dropping max battery life to 40 hours instead of the X’s 50 hour rating. Each headset is also heavier than the last with the Pro topping out at 340 grams.

With those differences out of the way, it’s time to dig into the Barracuda Pro.

The Barracuda Pro feels solid in the hand, but makes heavy use of plastic. The earcups, gimbals, and most of the headband are made of plastic, though if you look closely, you’ll see the actual band inside of the plastic shell is stainless steel, reinforcing a common point of breakage. Given that the headphones are already on the medium to heavy side at 340 grams (the Opus is the clearest predecessor to the Barracuda Pro and weighed only 265 grams), using plastic is an effective way to keep the weight down. There is some creaking when you stretch it to put it on or twist the earcups, which is disappointing for a headphone at the top of the line-up. That said, it doesn’t feel cheap but I also wouldn’t go throwing it around either.

The cups are large to seal around a wide range of ear sizes, and the adjustment band keeps the headset tucked close around the head. They’re not low profile but aren’t especially bulky either, so should fit right in with any other music-oriented headset you’ll see people wearing out and about. 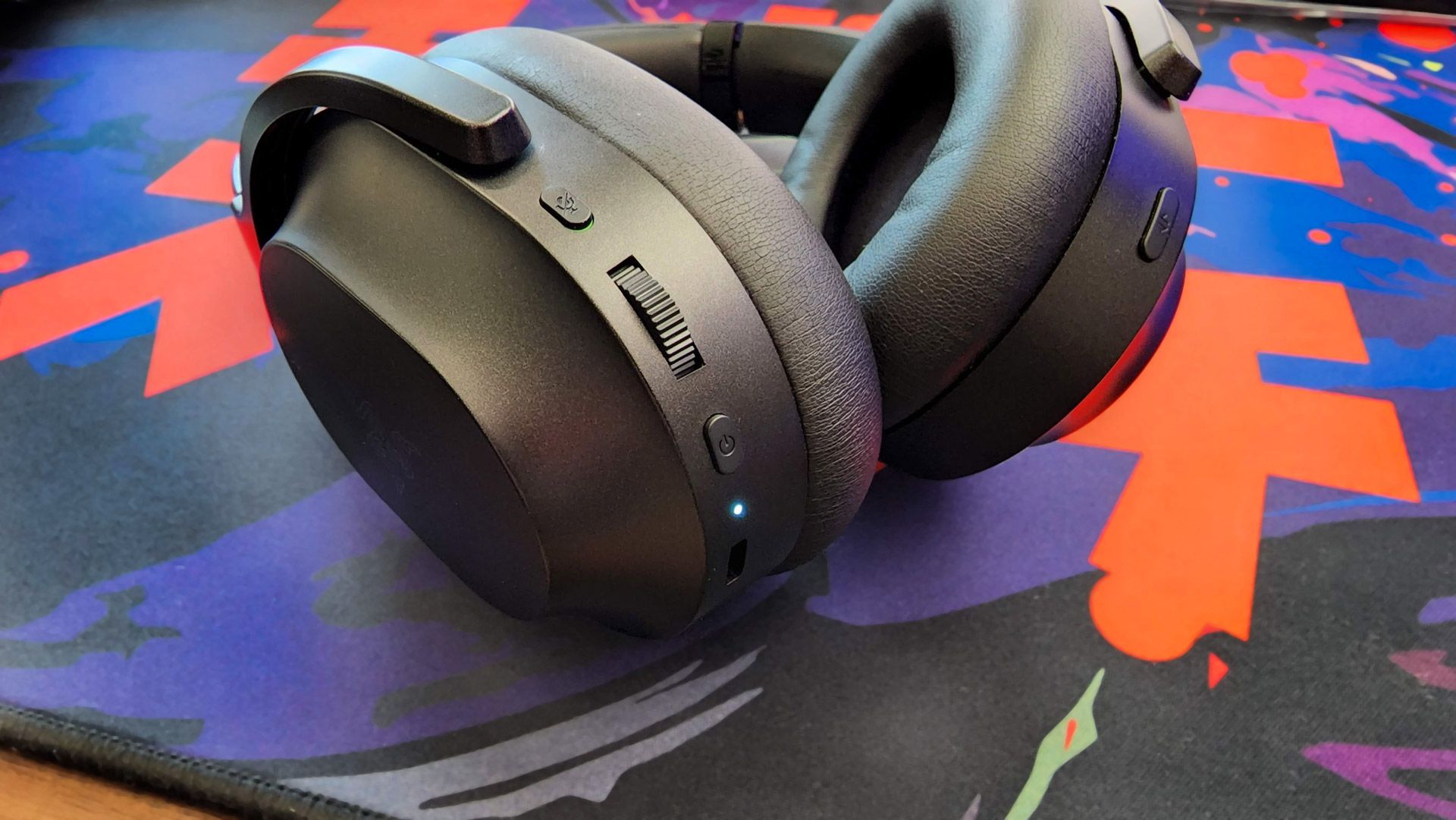 The back of the left cup houses most of the controls you’ll need. There’s a microphone mute button that clicks in and out to let you know in an instant whether you’re muted or not. Below that is a large, notched volume wheel and a power button that can be single, double, or triple tapped to navigate tracks, play or pause, answer or end calls, or put the headset into Bluetooth pairing mode. On the right earcup is a multifunction button that swaps ANC modes, enables Gaming Mode, and controls Razer’s SmartSwitch to hotswap between 2.4GHz and Bluetooth sources (these sources will also change on their own if you have a call coming in or Bluetooth audio stops, allowing your game audio to resume).

Even though heavier headsets tend to cause hotspotting on the top of my head, Razer has done a good job of balancing out the weight here to prevent soreness. The memory foam ear cushions are also quite comfortable and do a great job of isolating outside noise even without ANC enabled. I wish an alternate set of fabric pads had been included at this price, however, as they do tend to trap heat like other leatherette pads.

Also included in the box is a travel case, the USB Type-C 2.4GHz dongle, a charging cable, and a USB extension cord.

The Razer Barracuda Pro is a gaming headset first and foremost. I tested it with PS5 and PC and was able to connect easily. These headphones deliver plenty of bass out of the box and have a cinematic rumble that’s great for gaming. They have a lot of punch and impact for those moments of adrenaline-pumping action.

One of the high points of Razer’s bio-cellulose drivers, they say, is that they’re easier to tune to deliver that bass alongside lots of detail in the mids and highs. That proved to be true in my listening, across games and music. Even though the headset is bassy as all get-out, I never missed a detail in my environment. Footsteps come through crisp and clear, but so do other atmospherics like crunching glassy and dropping bullet shells, as well as small details that draw you into the environment, like realistic reverb in hallways.

For competitive gaming, the positional detail is good. That clarity allows you quickly to pick out where sources are coming from but doesn’t give a great sense of space. These are closed-back headphones and they come with the usual constrained soundstage.

That’s where THX Spatial Audio comes in. Turn this on and the soundstage opens right up. If you’re gaming and don’t have access to Spatial Audio, you can use other solutions like Windows Sonic or Dolby Atmos to also open the soundstage. If you have access, however, you should definitely be using THX for the best experience.

For music, these headphones have a bold mainstream-friendly sound that will be great for pop, dance music, hip-hop, and other genres that emphasize bass. Inside the app, you can choose between Music, Movie, Game, Default, and custom presets to tune the sound to your liking. For music, I tend to prefer balanced bass with improved detail, but it was difficult to improve upon the Music preset without introducing sibilance or sharpness to the highs, so left it be. Most listeners should find the Music and Default presets just fine.

What you won’t hear is any white noise coming from these headphones. Razer has outfitted the Pros exclusively with THX-AAA amplifiers. These amplifiers are exceptionally quiet and use error-correction to keep any distortion to completely inaudible levels. Razer isn’t promoting these as audiophile headphones, but these amplifiers are found in dedicated audiophile gear and are definitely a nod to those of us looking for the best sound quality.

If you’re gaming over Bluetooth, you’ll want to take advantage of the Gaming Mode. This mode improves wireless latency at the expense of distance. You’ll need to stay close to your device, but it works exceptionally well. A/V lag is almost non-existent with this option turned on, and I even found it useful for syncing up audio on websites with built-in video players (local news, etc). Unlike some competing headsets, Bluetooth audio and 2.4GHz audio do not play simultaneously. This eliminates the need for any kind of mixer on the headphones and helps preserve battery life.

A bigger absence is any kind of analog connectivity. Despite being the top of the line-up, the Barracuda Pro is the only headset that can’t be used with Xbox. It’s a notable omission because if you happen to have more than one console, the Pro can’t be the all-in-one headset it is otherwise designed to be.

The Barracuda Pro’s use a hybrid ANC model that uses its microphones to monitor both outside the earcup and inside to block out more noise. It works well, coming close to my Bose QuietComfort 35 while falling short of the Sony WH1000-XM4s. The design is intended to block out more mid-frequency noise, like keyboards and computer fans, and it does a good job. With even a little audio playing through, the outside world almost completely fades away.

Razer also promotes the quality of its microphones with the Barracuda Pros. Two beamforming microphones replaces the usual boom arm found on gaming headsets, honing in on your voice and rejecting outside noise. Inside the app, you can choose how much noise removal you can (low, high, and off) and it does an excellent job. Even with my floor fan on high and blowing right at my face, you couldn’t tell at all in test recordings. Like most integrated microphones, it doesn’t sound as natural as a boom mic. The amount of digital compression increases with each noise removal step, but for chatting with teammates and taking calls, the Barracuda Pro works well. 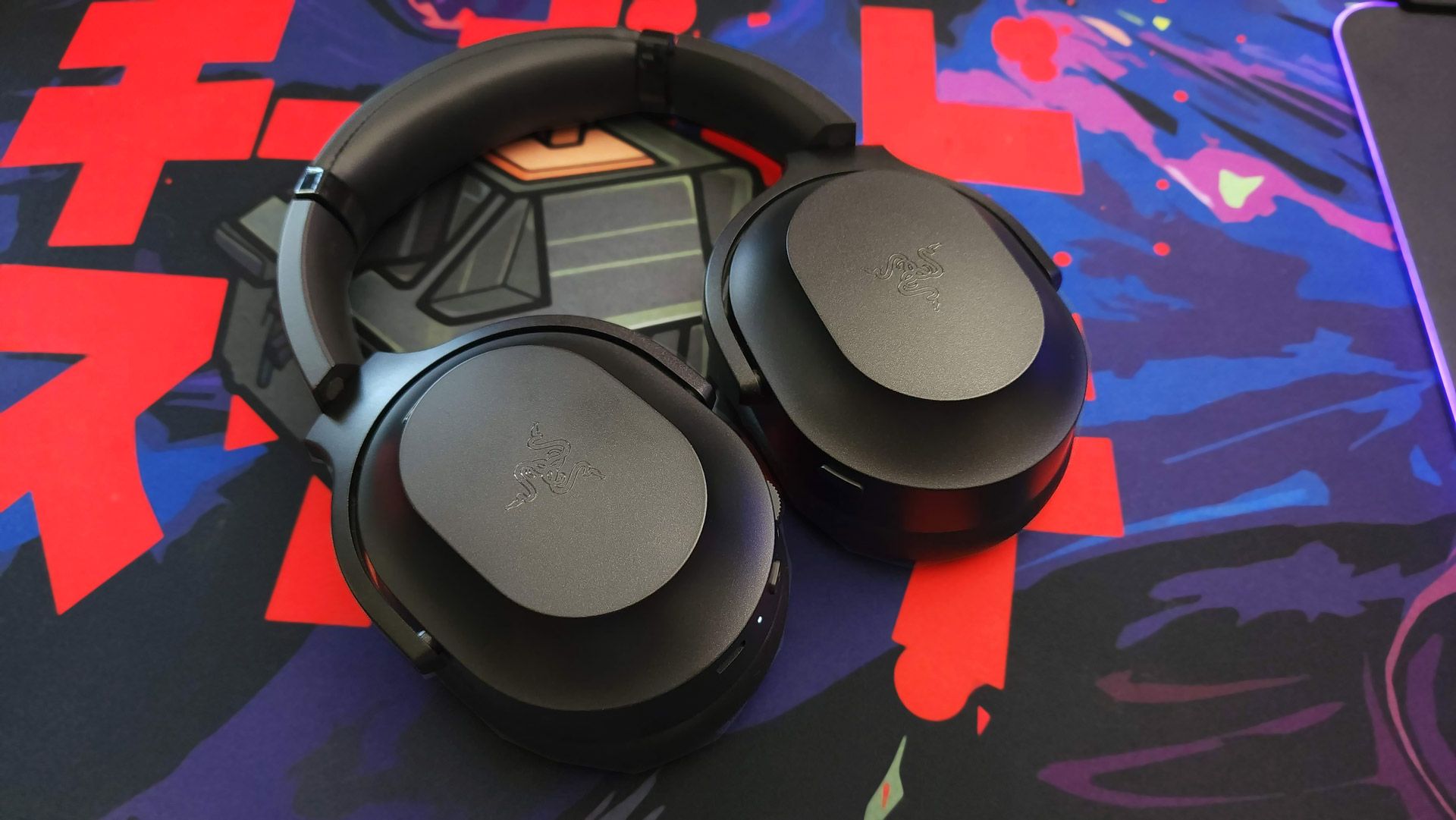 The Barracuda Pro is a compelling choice for an all-in-one headset that can double for gaming and entertainment on the go. It’s also a very expensive one. Consider that the Bose Quietcomfort 35 II Gaming Headset can often be found for less with improved comfort and noise canceling. Buying renewed, another $25 gets you the Sony WH-1000XM4. The Barracuda Pro offers gaming features those other headsets don’t, but a lower price would definitely cut back on the moment of pause you should take now before pulling the trigger on these, especially if you want to play on Xbox. It’s a good headset that for many users could even be great, but the price makes this a harder recommendation that it would otherwise be.