The Raptgo Hook-X impressed us with its unique design and great sound and it has officially released its next earphone, the Raptgo Leaf. It breaks the mold with a unique, nature-inspired design and a single liquid crystal polymer dynamic driver, but is it enough to compete at this highly competitive price point? Find out in our review!

Following up on the Hook-X, the Leaf is not what I expected to see. The Hook-X, which costs $239, used a unique combination of planar magnetic driver and piezo electric. Not only was it novel, it was also the first product many of us had heard of from the company (even though it wasn’t actually their first). As a result, it gained a huge amount of traction and quite a bit of acclaim. 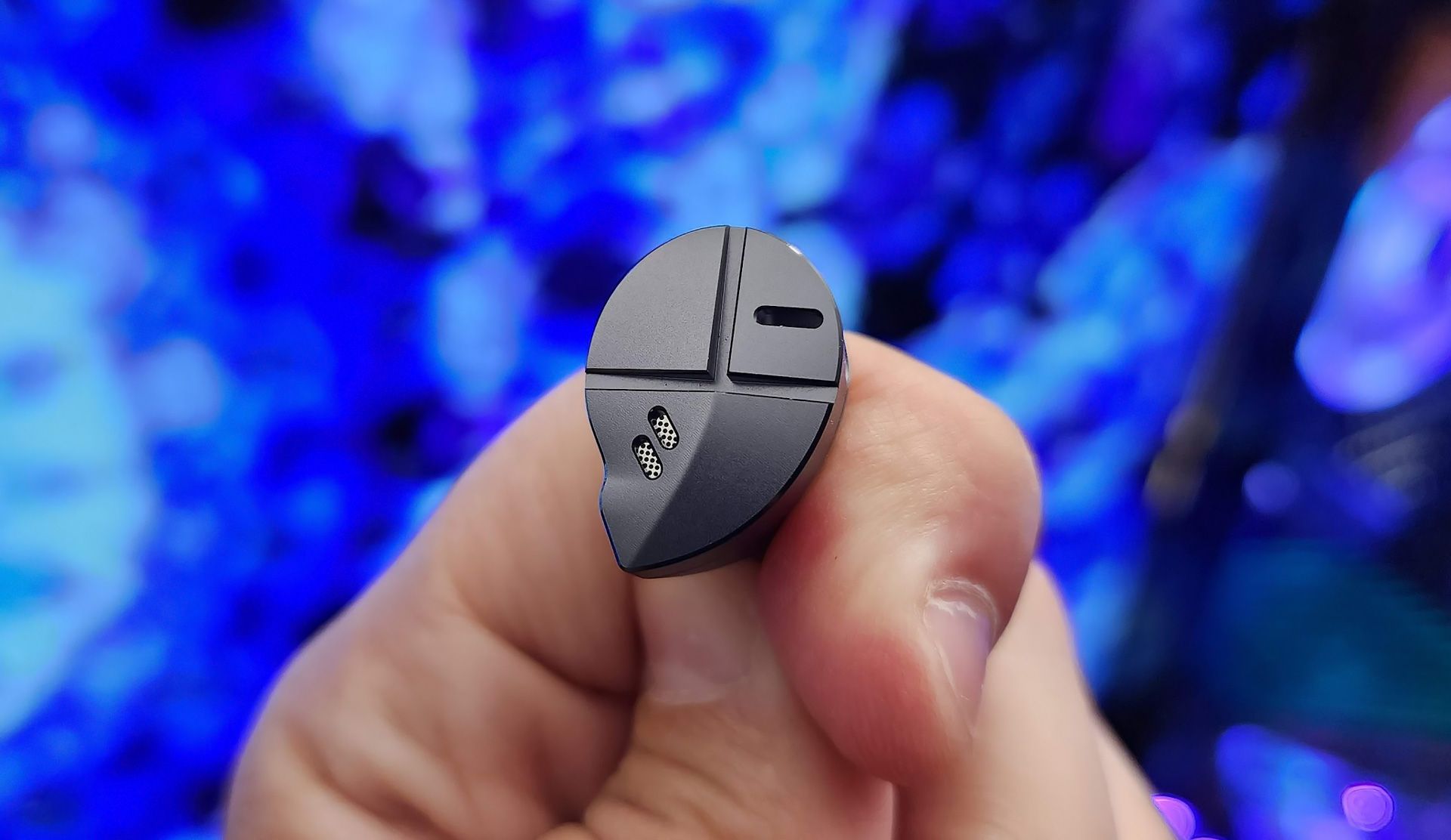 The Leaf seems almost tame in comparison — and that belies some very neat twists to its design. Like the Hook-X, it uses a fully aluminum shell for exceptional durability. Like its namesake, they’re shaped like a leaf. There’s a cross hatch, with a pressure vent and the grill in opposite corners, and even a bit of angular milling. It’s a neat and unique look that I really like.

This design also highlights that the Leaf uses a semi-open back design. The open grilles are small, however, and aren’t able to deliver the same sense of spaciousness the FH7S is able to provide with its semi-open back. It does provide breathing room amid the layers, however, and the sound is noticeably more constrained when this is blocked.

Inside these shells, the Leaf uses a single dynamic driver. It’s fairly large at 10mm and uses a liquid crystal polymer diaphragm for improved rigidity, improving its speed and resolution. The driver uses a copper voice coil and strong N52 magnet to power the listening experience. The frequency response range extends from 20Hz - 35kHz without distortion.

The whole package feels exceptionally premium. Not only are the shells robust and well made, it also comes with a stellar braided cable and carrying case. Raptgo also deserves special kudos for designing such a secure recess for the cable connection to the IEM. This design will prevent damage over time and is a great design touch. There are two sets of small, medium, and large silicone tips to help you find a secure fit. 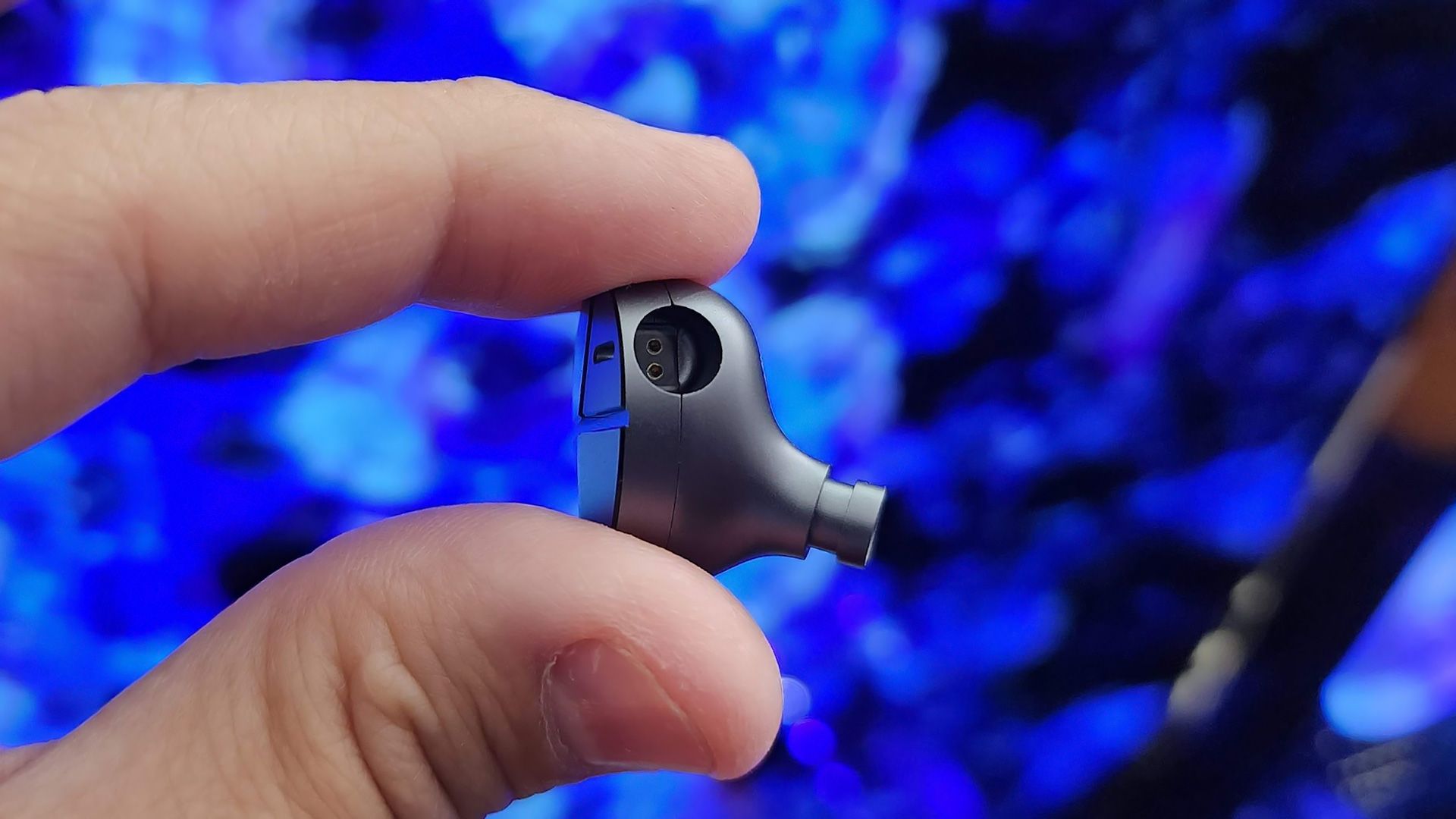 The Leaf is a comfortable IEM to wear over time. Despite the pointy outer shape, I didn’t find that point made contact with my ear in any way. Instead, the inner side is well contoured and doesn’t dig into your ear. The IEMs are on the heavier side, so I wouldn’t recommend them for vigorous exercise, but should work well for normal movement and desktop listening. 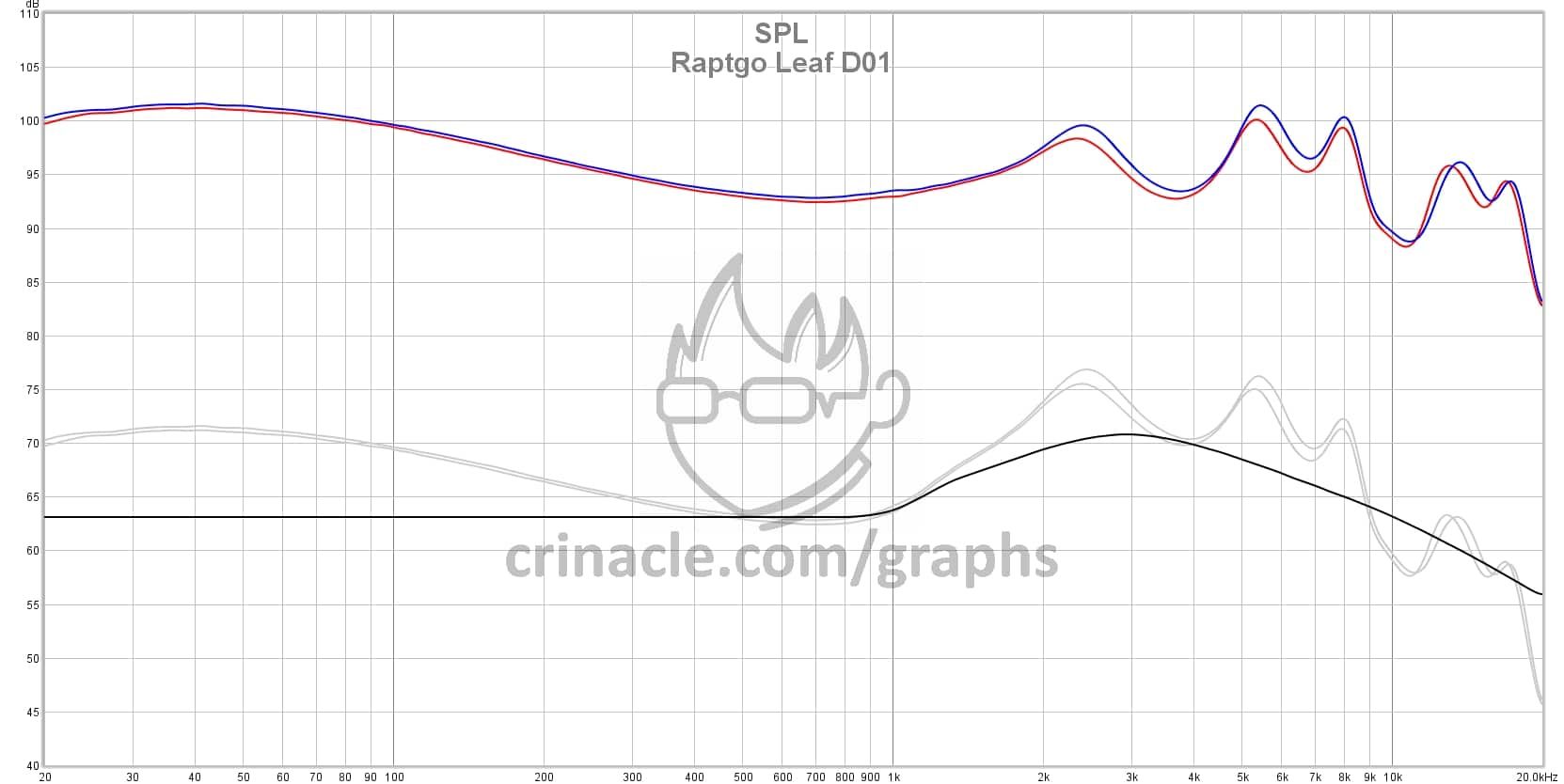 The Raptgo Leaf features a u-shaped frequency response. For those unfamiliar with reading graphs, it’s a mainstream-friendly tuning with elevated bass and treble. In this case, there is a good amount of warmth to the low-end but is rather bright in the treble. It’s a set to monitor your volume with to avoid fatigue but it usually avoids sharpness.

Bass: Bass response is good but won’t blow your socks off. There’s a good amount of extension, though the driver doesn’t seem to be the fastest and it lacks the same high resolution texture found on the Hook-X. That it’s different isn’t surprising given the different drivers at play here and the reduced pricing of this model, but I would have liked to have seen a bit more resolution in the low-end. There is thump and rumble when called for but it doesn’t have the slam to really satisfy bass fiends. It’s fairly middle of the road in the low-end.

Mids: Mids are the Leaf’s strong-suit. They’re tuned to give a very clean, spacious sound. Mids sound very clear and are detail rich. Male vocals have a bit more edge to my ear and particularly soulful singers like Adele tend to sound a bit thinner, but airy. These earphones don’t emphasize lushness but are really all about clarity. 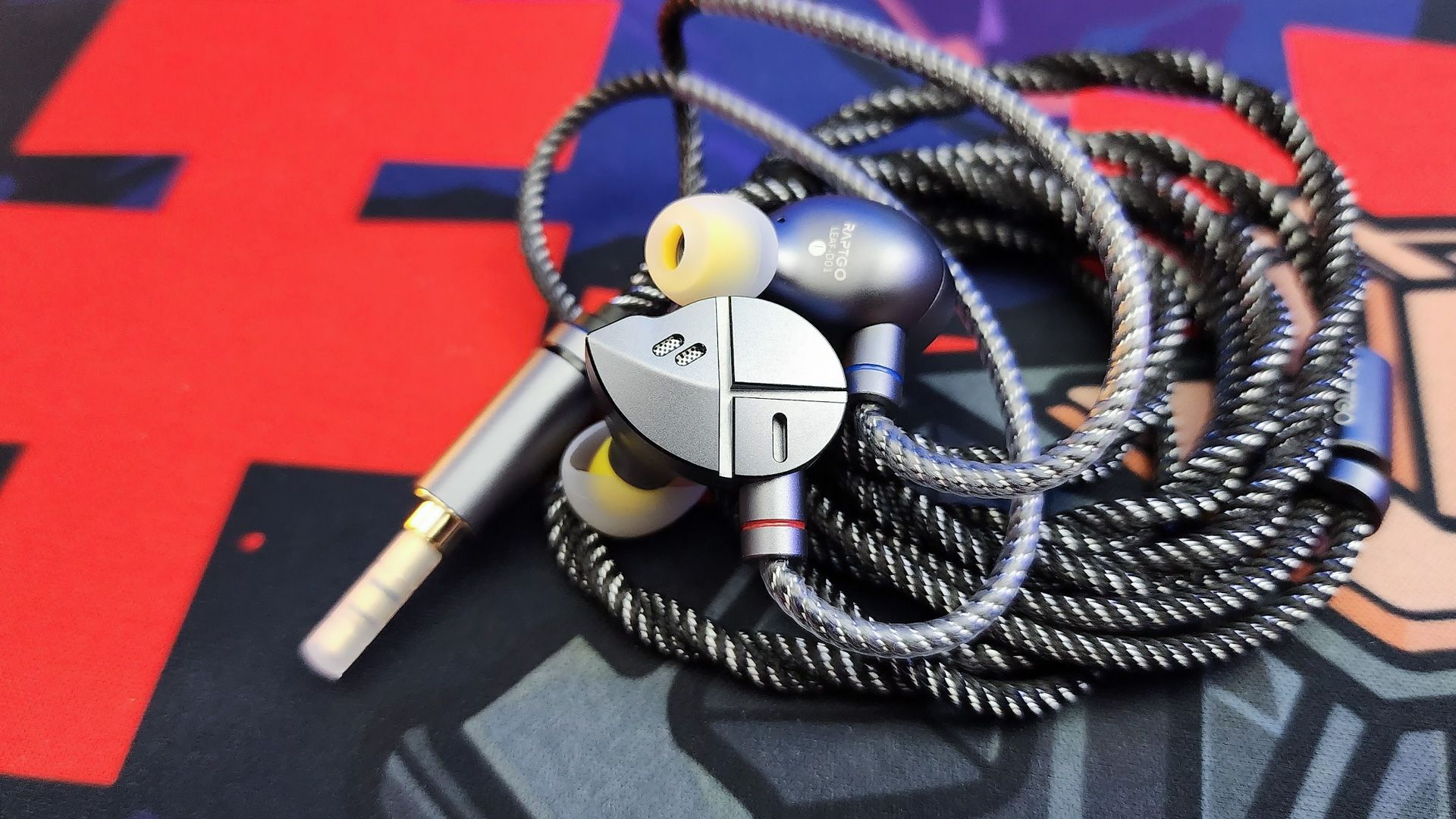 Treble: Treble has been punched up to emphasize the perception of detail. It’s successful, for the most part, but perhaps too much so. Treble notes can sometimes hit a level of sharpness that is fatiguing. This doesn’t happen with every track, but when there are lots of cymbals, that emphasized high-end stands out, and I found myself needing to take breaks more often. As is often then case, you can simply turn down the volume to address this, but hopefully Raptgo addresses this in a future revision.

Technical Performance, Soundstage, and Imaging: Technical performance and soundstage are on-par for this price range but don’t really stand out in any way. That isn’t a knock — there are many great IEMs around this same price, and the Leaf stands among them for depth, detail retrieval, and imaging. It just doesn’t really pop out in any particular way. Layers are clearly discernible on most tracks. Imaging is alright but can sometimes lump together in the left, right, and center. Nothing bad, but nothing truly great.

Gaming: I would not recommend the Raptgo Leaf for gaming. Like most earphones, they’ll get the job done if it’s what you’re carrying in your bag, but the middling soundstage, imaging, and detail make these a likewise middling choice if gaming is your focus. With that in mind, I did play some Elder Scrolls Online with these earphones, as well as Doom Eternal, and they worked just fine. Enable Dolby Atmos for the best performance. 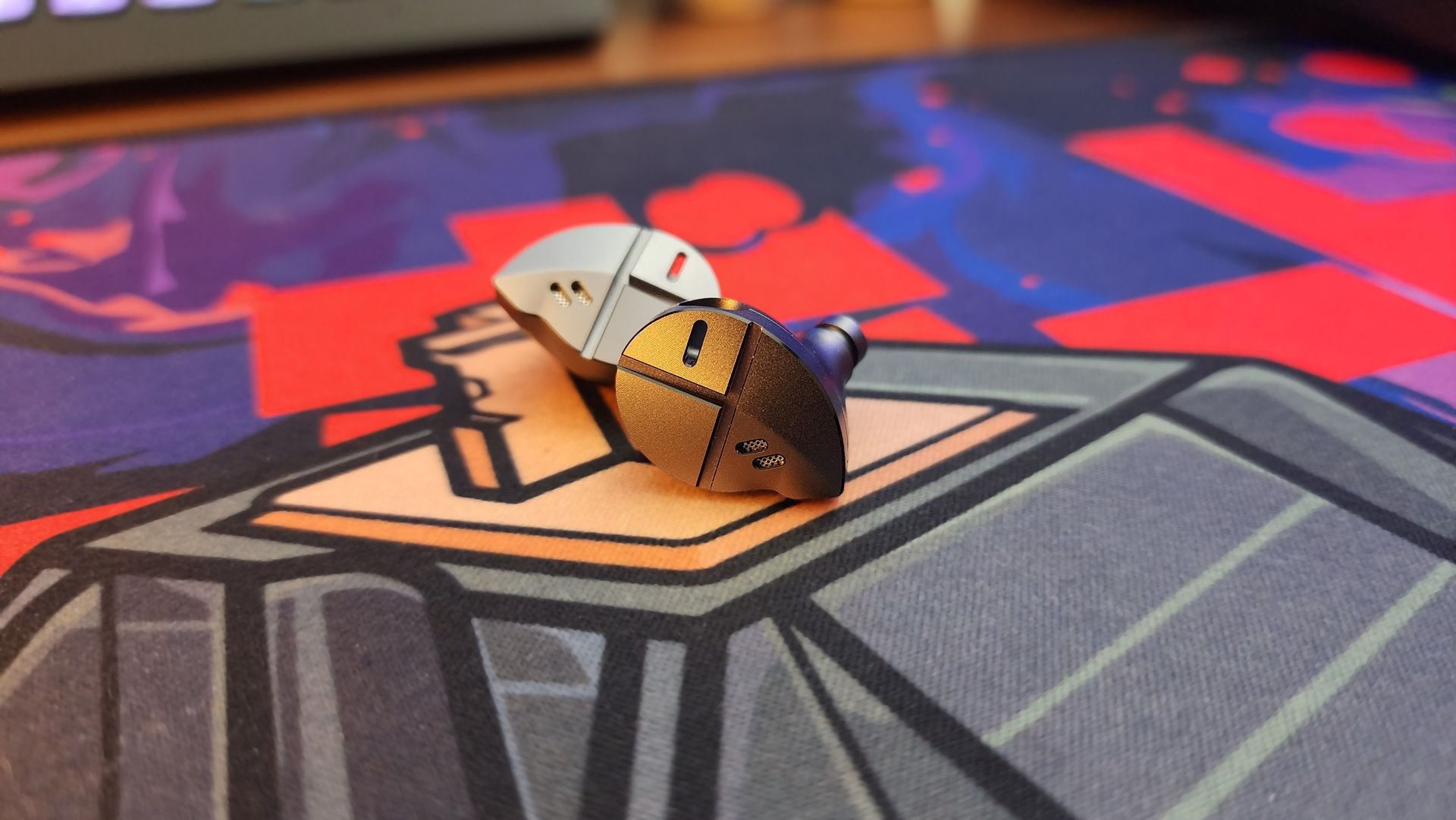 Compared to the Hook-X, the Raptgo Leaf just aren’t as impressive. They’re much cheaper and simpler in design, but as a follow-up release, I had hoped for something more than average. They’re not bad, but they’re not going to make a big splash like the Hook-X did. Get these for the design or build quality, but at the current price, there are better options out there.