While it has been a weird year and many projects have been pushed to the side or delayed, it has been a great year for microphones. We have seen some pretty unique offerings - just look at the Aston Element or the updates to one of the oldest favorites, like the Blue Yeti X. If you are looking for a USB solution, you are in luck. Today, we add a feature-rich offering to the list of options, this time from our friends at PreSonus! Let’s dive in to talk about it. 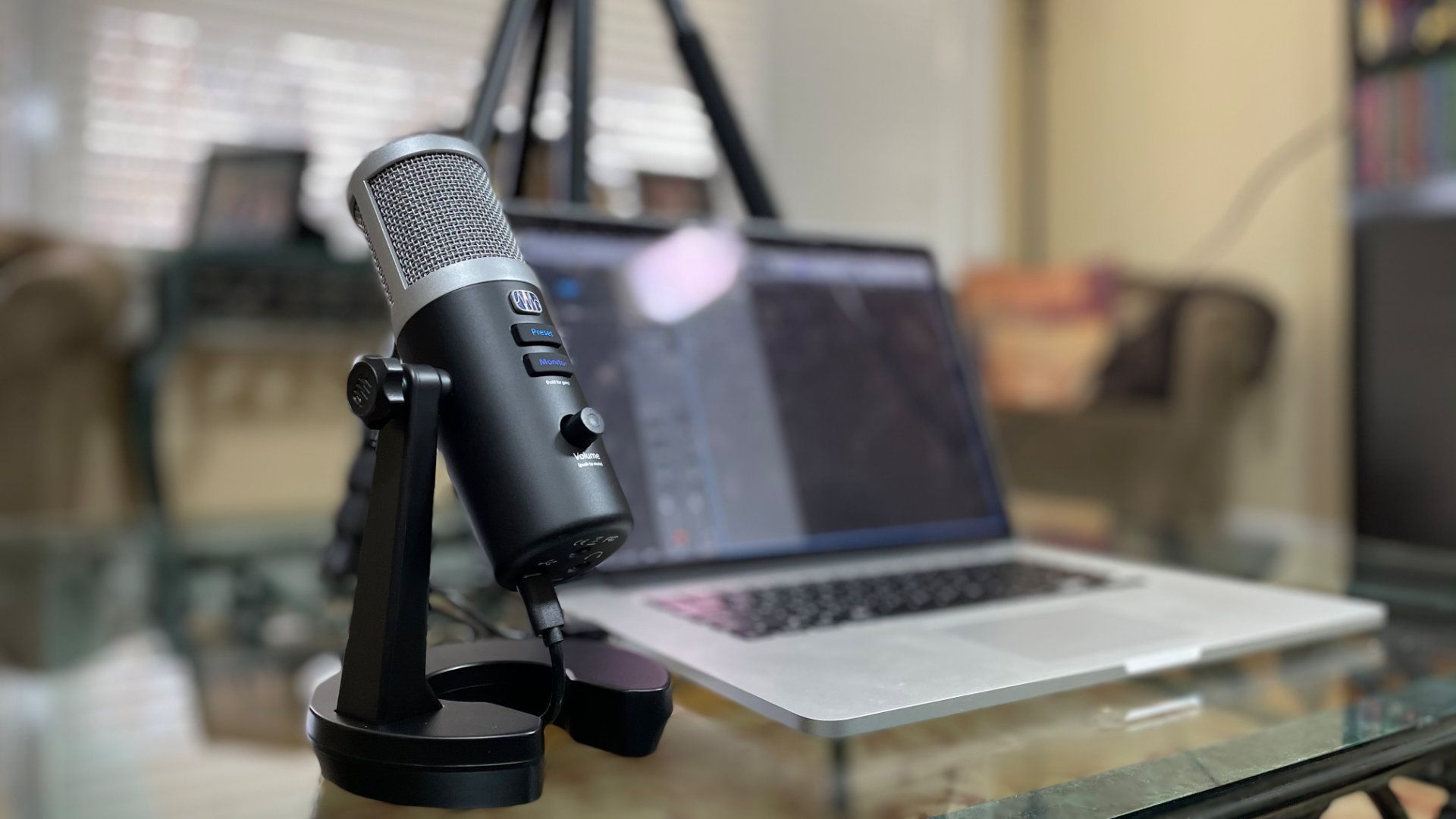 If you are not familiar with PreSonus, the company has been in the pro audio game since 1995 with tons of experience in the digital audio interface landscape. Not only that, PreSonus has a particular specialty that lends itself well to the Revelator: years of experience enhancing mic preamps.

So, what IS the PreSonus Revelator?

The Revelator is, first and foremost, a desktop, USB-based condenser microphone geared toward content creators, such as podcasts and streamers. Like many of the mics in this category, the capsule has multiple polar patterns to capture the exact setting you are trying to capture.

For example, the cardioid pattern is great for those solo sessions where you just need to get your message out. However, let’s say you want to capture a conversation over a cup of coffee with a friend. Sit the Revelator in between the two of you and switch the pattern to Figure 8. Maybe, you are just trying to capture the environment with a room. This is where the Omnidirectional pattern can come in handy. 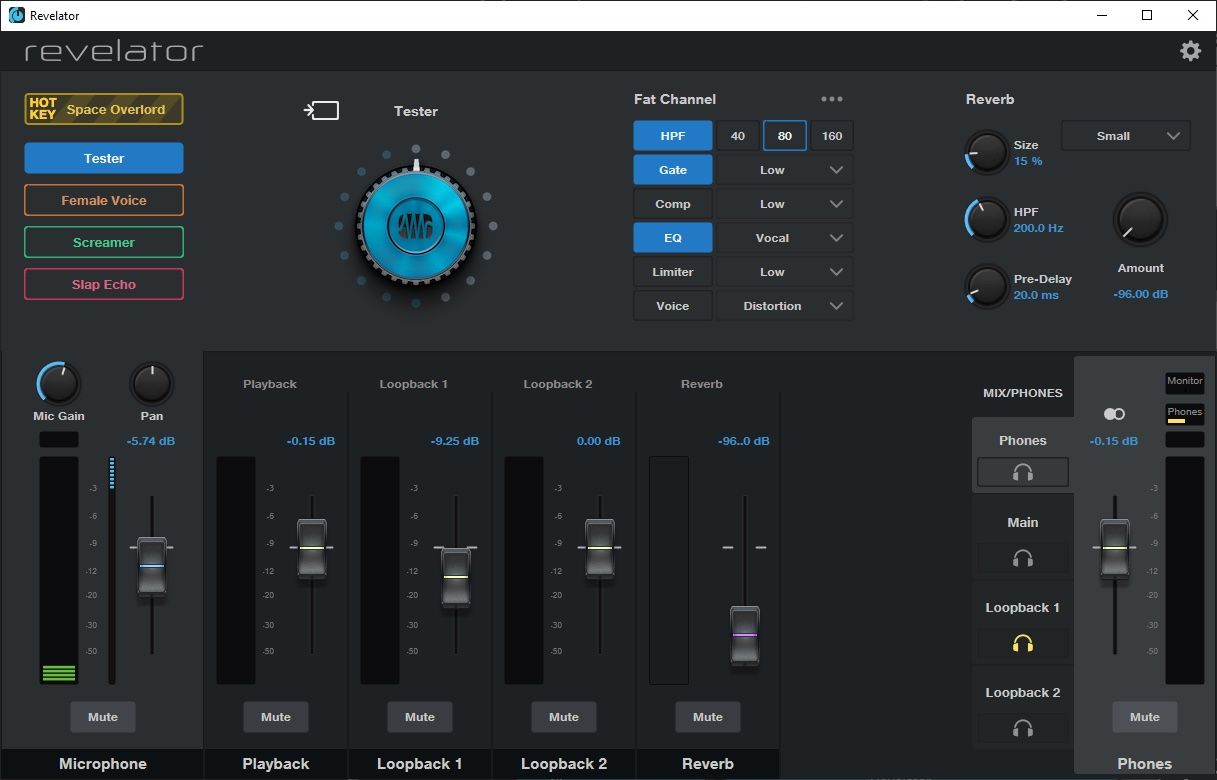 But that isn’t all - the Revelator, quite frankly, is a Swiss Army knife of audio wonderment thanks in no small part to PreSonus leveraging their “Fat Channel” technology. Once I think I have it figured out, I discover a new tool in its proverbial toolbox. Need a digital analogue converter with multiple outputs for convenient sound mixing? The Revelator has you covered. Need to finesse your sound with some compression and EQ?  Want to add a touch of reverb to give your voice a little pizzazz? Check. Need to tame case fans? Like a champ. How about adding a limiter to those “Play of the Game” screams to ensure the safety of your viewers’ eardrums? Papa PreSonus is looking out; the Revelator can do that, too. 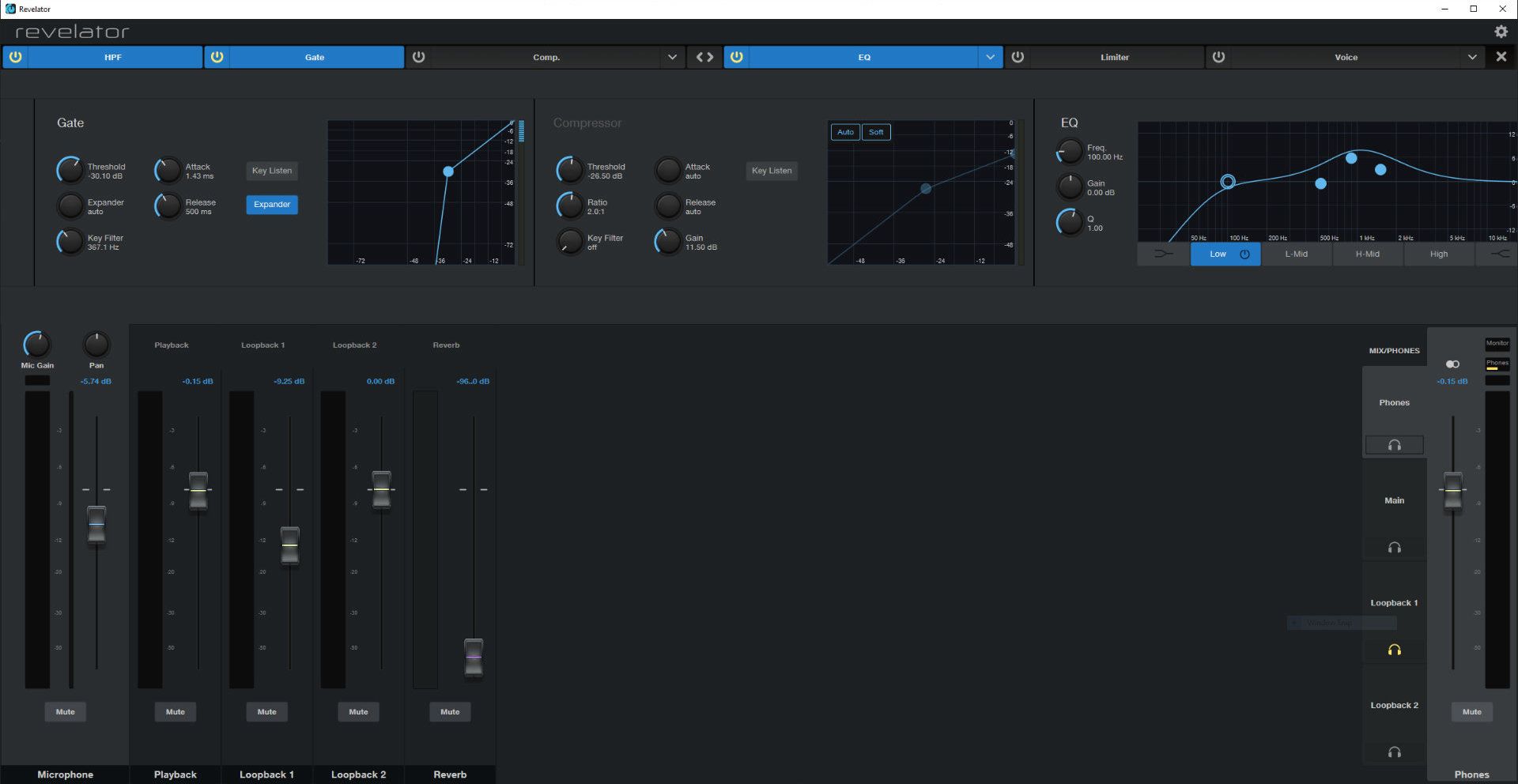 Powering all of these fantastic features is the Universal Control software from PreSonus. From this free drivers’ suite, users are able to get the right mix for their voice and mic positioning. Universal Control also gives users the freedom to create and save microphone presets for different recording situations.

Here is an audio sample to show some of the flexibility of the PreSonus Revelator:

From a design standpoint, PreSonus takes a simplistic approach to the Revelator. The microphone itself is black, cylindrical in shape with a silver wire mesh grill and housing. A USB Type-C connection and 33mm headphone jack are located on the underside of the microphone cylinder. All of this is attached to a weighted base by a sign connection point, which can be loosened or tightened with an adjustment knob. The Revelator can be removed from the base and attached to an alternative mic stand with an included converter button. 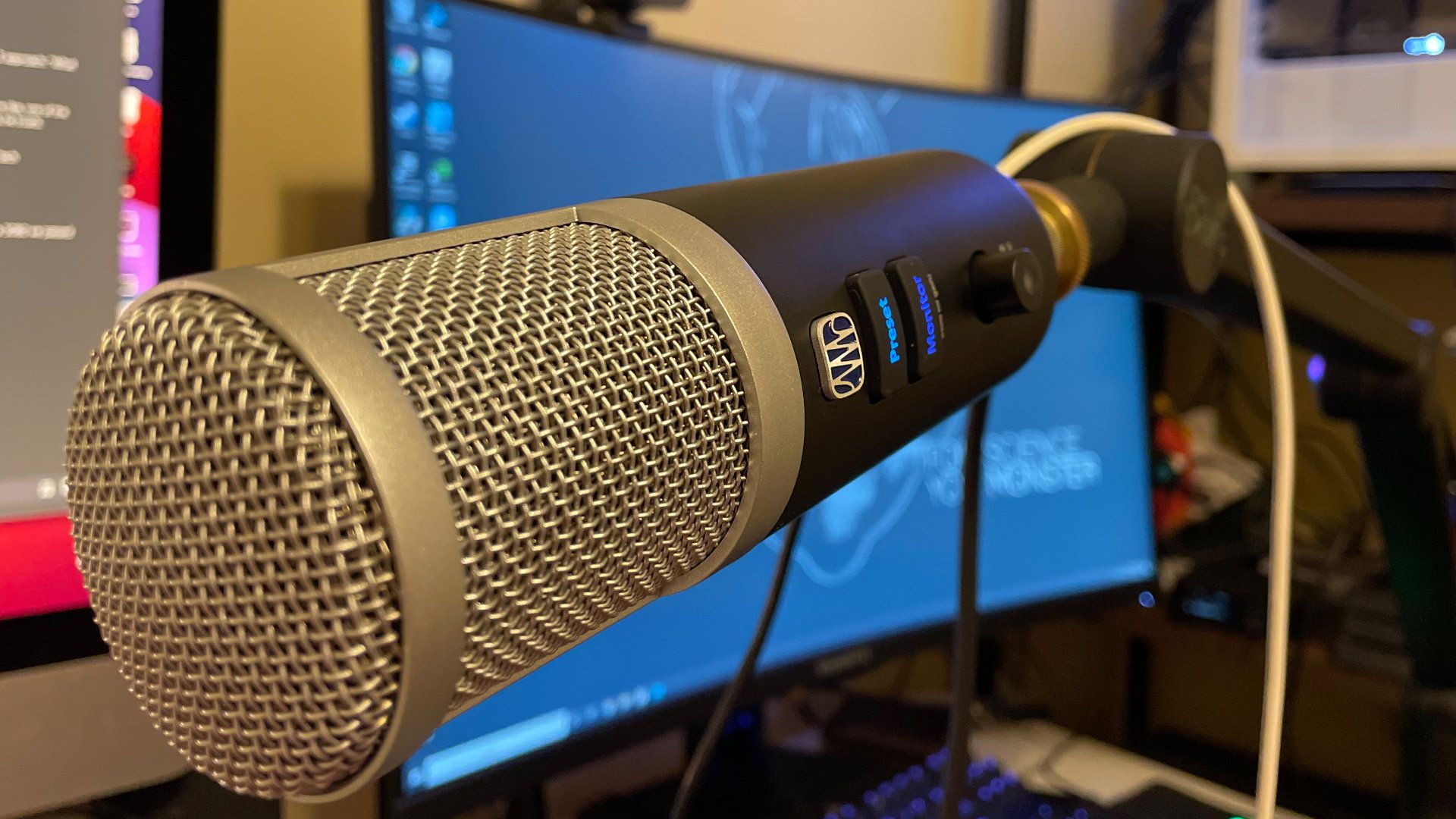 As far as controls, two rubber buttons are illuminated on the Revelator’s facing - one for cycling presets, the other to enable monitoring. Right underneath these buttons in a volume knob. This knob can mute the Revelator, control monitoring volume, and adjust gain on the fly.

Much like any other USB condenser microphone, there is a learning curve to using the Revelator properly within your context. Without tweaking, the microphone will pick up everything in the space you put it into - keystrokes, case fans, your dog nuzzling you to pet him instead of playing with your new toy. 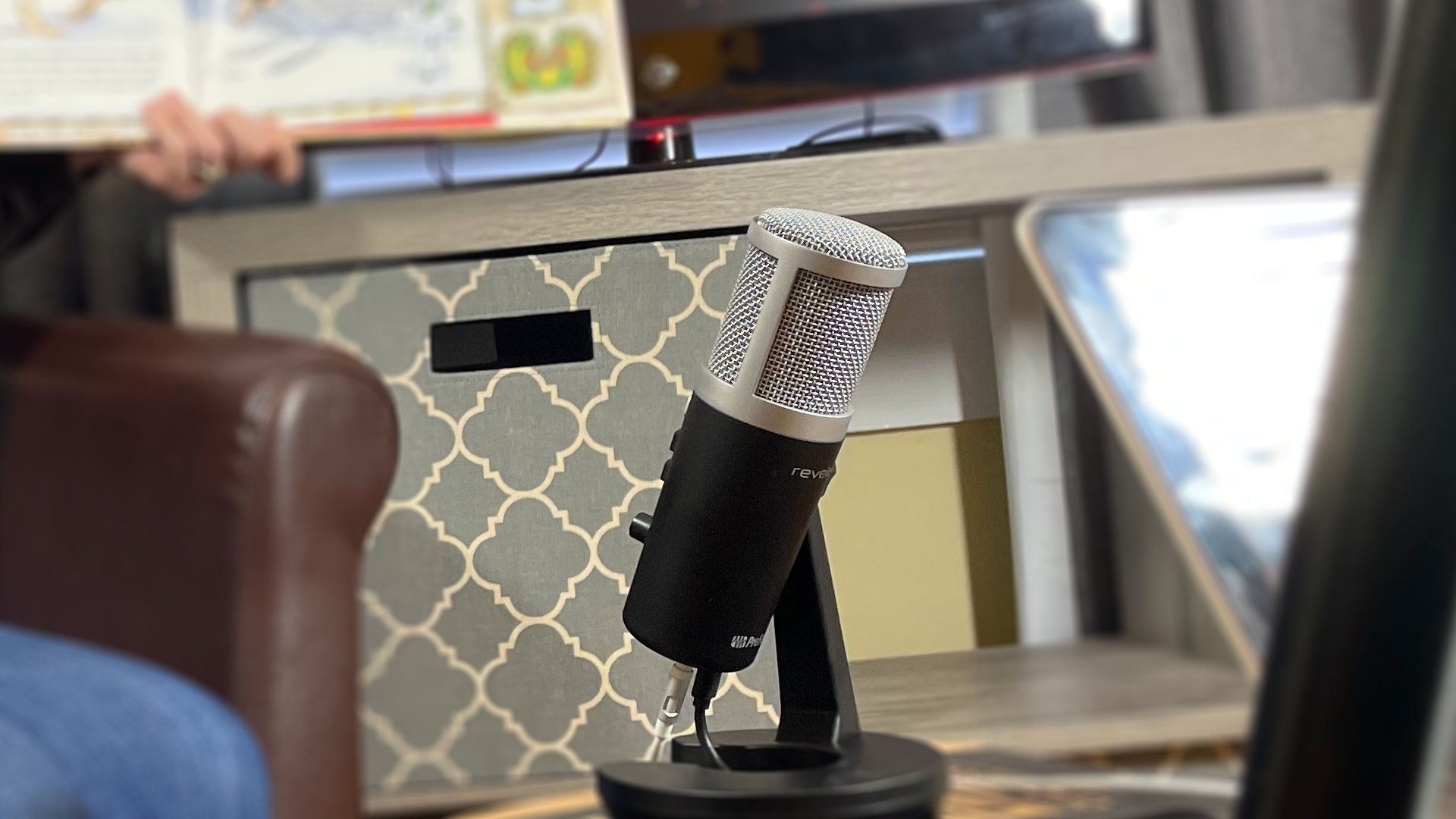 However, the Revelator is a versatile USB condenser mic that can be a jack-of-all trades tool for just about any content creator looking for a plug-and-play audio option. On its own, the microphone is good - a well-built piece of audio gear, but when you add in the generous suite of studio-grade software and audio plug-in provided by PreSonus, the Revelator is an exceptional value at $179.99.

If you are looking for an entry point into podcasting, streaming, or content creation, the PreSonus Revelator follows the company’s philosophy that I have seen for years as a consumer and as a reviewer: provide quality gear for a reasonable price while giving customers the tools they need to create. The only thing missing from the creation of new songs, streams, and videos is you.

The product discussed in this article was provided by the manufacturer for the purposes of review.
8.0Great
Pros
Cons
Tags
microphones
audio
Presonus