This year has been a wild year for microphones and we are here for it! Whether you are looking for a new USB microphone or an XLR mic to step up your audio quality game in content creation, this year has provided some exceptional entry points into the market. Today, we are looking at another microphone from our friends over at PreSonus: the PD-70 broadcast dynamic microphone. It's got the look of something very familiar, but, strap in, we are going to see that the PD-70 can hang quite well on its own. 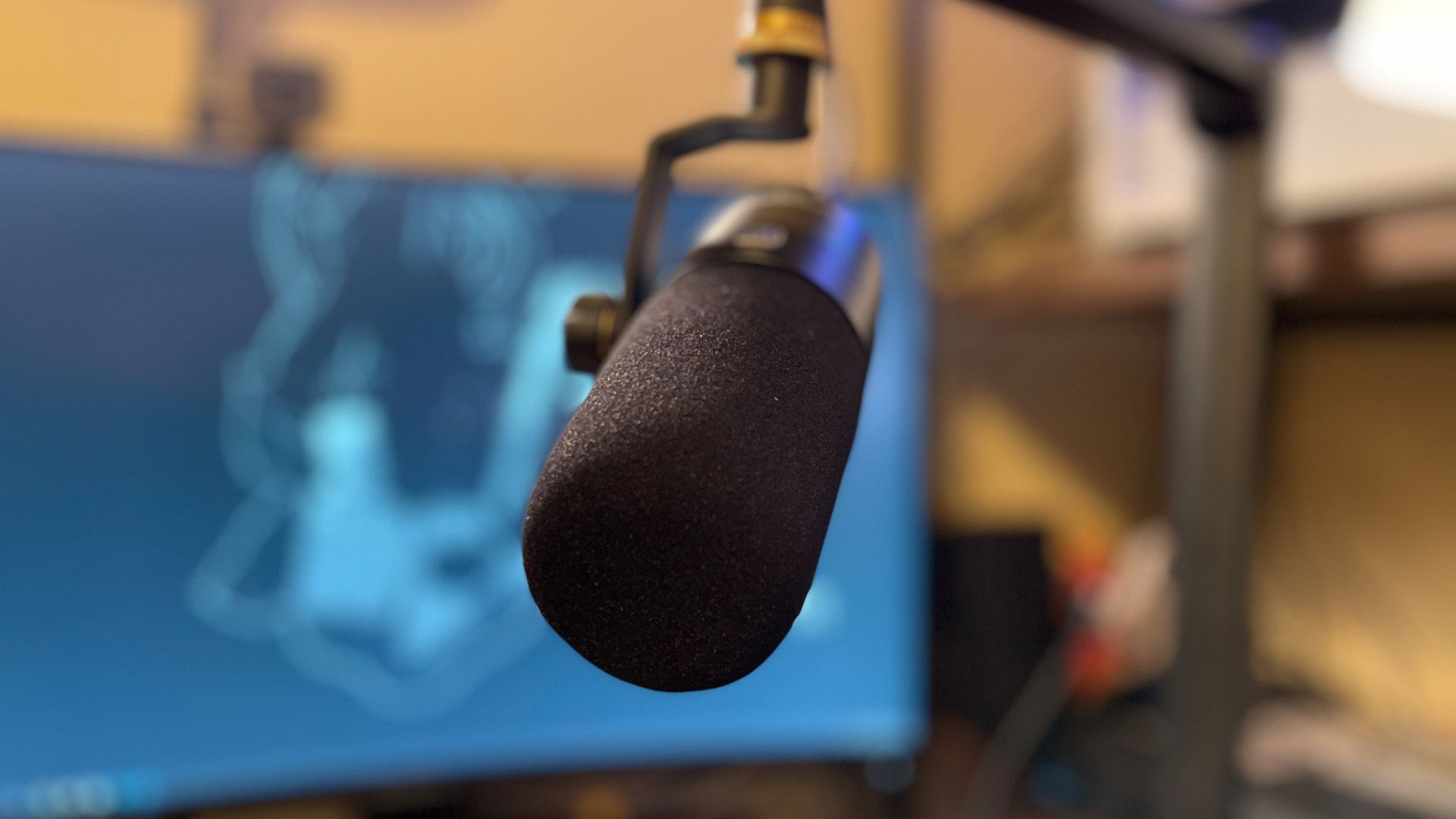 As we mentioned a few days back in our review of the Revelator, PreSonus has been in the pro audio game since 1995. Their specialties have included everything from bridging the gap between analog and digital worlds of recording as well as developing technology for microphone preamps.

While we have seen a few microphone offerings on the mic market from PreSonus, the PD-70 has a very specific target audience: content creators. Whether you are a traditional broadcaster or creating new broadcast media, such as podcasts or live streams, PreSonus has tailored the PD-70 to fit into a fairly significant gap within their product line-up: a solid, end-address dynamic mic.

Before we talk about sound, we have to address the elephant in the room. From the sleek black design to the foam windscreen, the PD-70 is HEAVILY inspired by an aspirational microphone that just about every content creator has drooled over: the Shure SM7B.

While PreSonus has not specifically declared the PD-70 as a replacement, the visual representation is… a bit on the nose. However, I am not mad at it one bit! Up until the recent release of the Shure MV7 (and now the PreSonus PD-70), the SMB7 was the only microphone that had that ubiquitous look that has become synonymous with podcasts and live streams. Looks and construction are both great, but a microphone is only as good as it sounds.

Before we talk about sound and give you an audio sample, I do want to reiterate a point that I made a moment ago: we will not be drawing anything more than an anecdotal comparison between the Shure SM7B and the PreSonus PD-70. The main reason for this is that we don’t have a Shure SM7B in-house to compare it against! We did, however, listen to some audio samples to familiarize ourselves with unmixed (or dry) samples of both to be able to talk comparison. 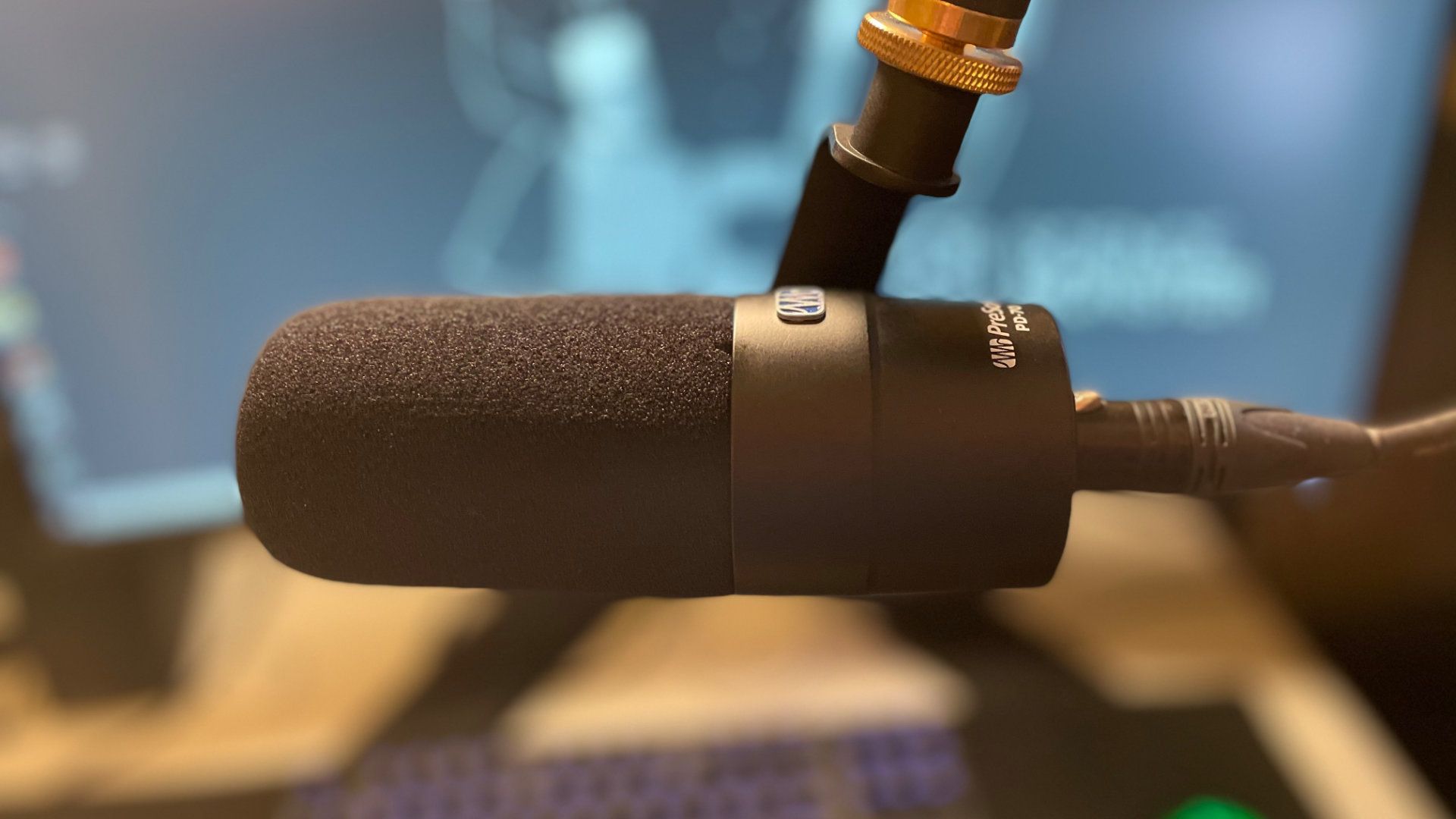 Overall, the PreSonus PD-70 has a very even, crisp sound to it. This is in no small due to its frequency bump in the high mid and higher frequency registers. The low frequencies roll-off begins gradually around 150 Hz, but they stay fairly present within the dry mix overall. This is one of the major places that it deviates from the SM7B; the SM7B has a much darker or deeper sound to it, while the PD-70 is much more bright. Keep in mind, that doesn’t mean that the mic is shrill, it means that the higher frequencies are going to cut through your mix for better clarity.

In practice, this is great for live streaming, especially when you have multiple sound sources playing in your feed. If you are providing voice-over video, this frequency tuning provides a canvas to shape your sound in post-production. Anecdotally, I had the privilege of joining a Bungie charity stream a few weeks ago and the PD-70 was my mic of choice. While I was not the host of the event, there were questions in the group about my mic’s clarity during the stream!

One of the things that really plays into this clarity is that the PD-70 is an end-address dynamic microphone. This means that the capsule captures sound is pointed directly at your mouth and the polar pattern tends to be tighter around the capsule than a condenser. Because of this, sound off-axis (or outside of the polar pattern) is going to be better rejected by the microphone. You may still pick up some ambient noises, but, much like any other microphone, a subtle noise gate will help with that.

Again, anecdotally, as I was recording this audio sample, my PC case fans decided it would be a good time to ramp up. I was concerned that I would need to record the sample over again... until I listened to it.  Even with the PD-70 positioned about 3 feet away from the PC, little-to-no noise was captured within the sample. What you are hearing in that mix is just the dry signal - no post-production jiggery-pokery. 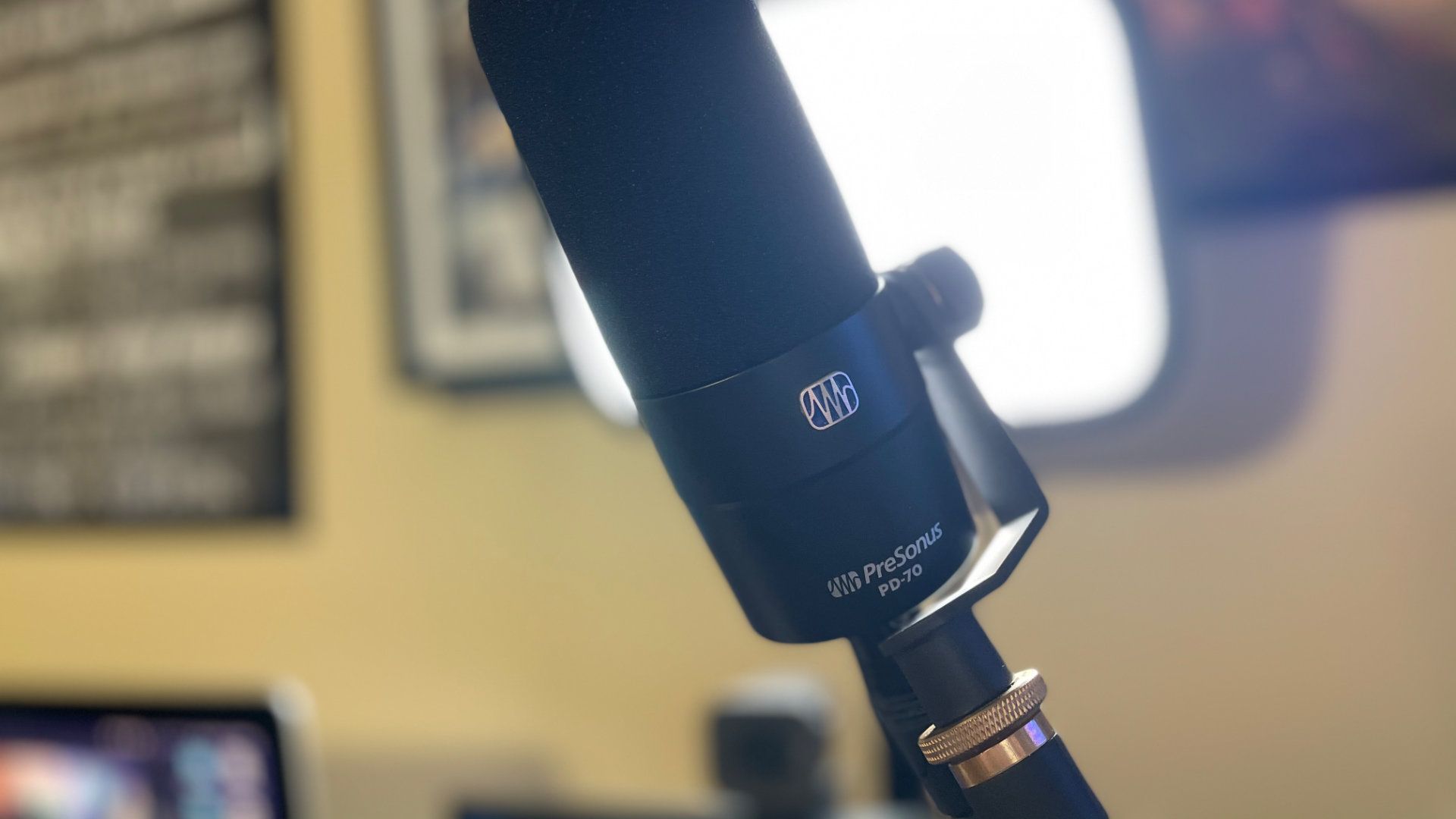 I’m not going to mince words: I love this microphone! It has not left my broadcasting boom arm since I took it out of the box. While sound can be pretty personal and everyone has a different ear, the PD-70 is quite impressive to me - especially at the price point!

Coming in at $129.99, the PreSonus PD-70 offers a broadcast-quality experience that delivers a stellar sound out of the box. If you spend some extra time EQing it to your voice, the PD-70 might deliver the sound (and the look) you have been chasing for your live stream - at a fraction of the cost and equipment needs. I think, if I know PreSonus well enough, that is their strategy. With the release of the PD-70, PreSonus truly is a one-stop-shop for your content creation needs, especially if you are looking at elevating the quality of your content on a budget. I would not be surprised if we saw a “broadcaster’s” update to their studio bundles to include this mic.

If you are looking for an inexpensive entry point into XLR-based broadcast microphones, the PD-70 is a fantastic option. It's got the look of one of the industry's most iconic microphones without the price tag. While the two have distinctly different sounds, the PD-70 is no slouch.

The product discussed in this article was provided by the manufacturer for the purposes of review.
9.0Amazing
Pros
Cons
Tags
microphones
audio
Content Creation
Presonus