Today, we’re looking at a really cool modular gimbal with the PilotFly Traveler. If you want a small gimbal that’s easy to take on the go and can support everything from a tiny action cam to a mirrorless camera with a moderate size lens, this is a gimbal you  might just want to check out. PilotFly also sent over their awesome RX1 AtomCube video lights that have taken my filmmaking, photography, and even streaming to the next level. Let’s do it.

This little guy is the PilotFly Traveler. He’s small. Compared to my big AK4500 from Feiyu-Tech, the Traveler is easier to carry, easier to manage, and does exactly what I need it to do 99% of the time. If you’re looking for casual filmmaking, whether that’s YouTube videos, caps to share over social media, family videos or even some creative work, like motion time-lapses, this is your guy.

The reason it’s such a good fit is two-fold: it’s modularity and surprisingly strong motors. The Traveler is able to support cameras up to 1.2kg or 2.6 pounds but is sensitive enough to still be able to balance something as small as a GoPro. To put that into perspective, I was able to balance my Lumix GH5 with the kit lens no problem. As lenses get longer, you might run into some balancing issues but usually a tiny counterweight kit is enough to solve that problem so long as you keep it around that max weight. 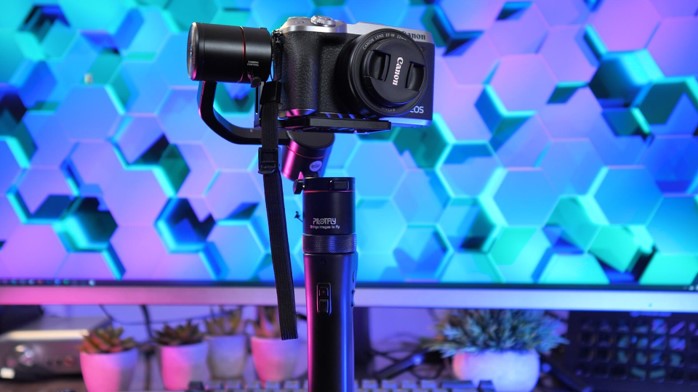 What makes it so versatile is that it comes with mounting hardware for most small cameras you’d be likely to try, including smartphones. The chances are that if you’re looking for a lightweight gimbal to travel with, you’ll be using it with a smartphone, so it’s great to see they’ve made that easy. That’s not always the case if you’re trying to add an adapter to a gimbal made for a DSLR. It’s probably going to be a no go.

If you’re considering the Traveler, you already know what a gimbal does, so we’ll get right to it. The PilotFly Traveler is a winner in the camera stabilization game. Compared to handholding a camera, it’s a night and day difference and with a battery life of 6-8 hours, I was able to get in full days out with the camera without worrying about the battery dying on me. Balancing was balancing, you have to do it on any gimbal. The one thing I wish they included was a tripod base, but since there’s a 1/4-20 thread on the bottom, I was able to pick one up no problem. 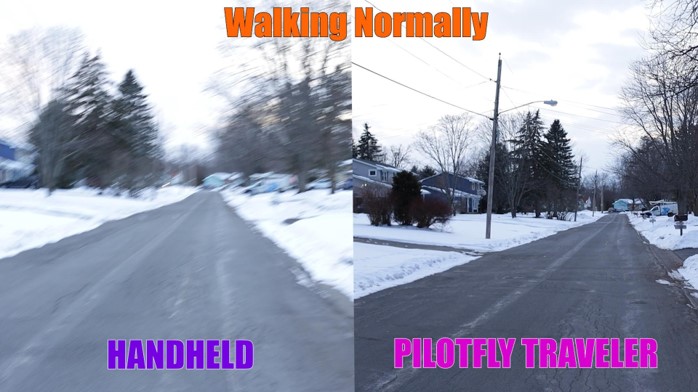 Controlling the gimbal is easy and intuitive. That’s what I look for in a device like this because you’re picking it up, it’s because you want to film not mess around in menus. I was able to figure my way around the controls, find my weight profile, and get filming within just a few minutes which turned to seconds the next time around, and getting into the fine details until later. That’s a testament to how well done it is.

At $349, the Traveler is expensive, there’s no way around that, but when you consider how much gimbal you’re getting for that money, it becomes a lot more reason. That extra $50-$100 gets you modular mounting and explodes the versatility of this gimbal. You also have a whole bunch of modes to suit anything you’d need a gimbal for and there’s no dinking around in a menu to get it all working. 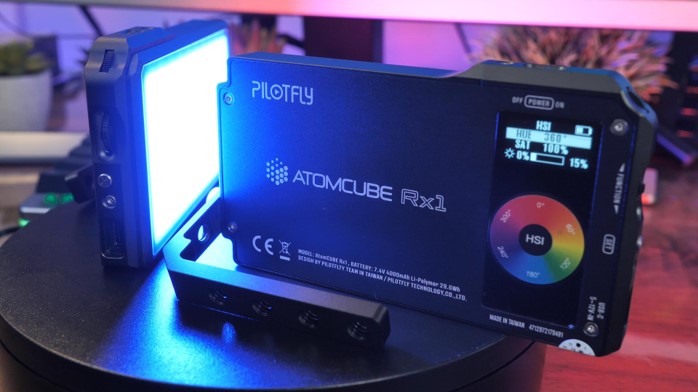 PilotFly also sent along two of their AtomCUBE RX1 video lights to check out and these have been real game changers for more – literally. When I first saw them on their website, I had sticker shock. These are video lights with a video light price tag of $169 each. I know, but don’t give up yet, because these things are genuinely cool and honestly so much better than my Hue lights, it’s not even a competition.

These lights are bright. Really bright. Compared to my Philips Hue bowls, it literally puts out triple the brightness at 1800 lumens, so if you’re looking to light your room or wash out an entire wall, you could do that with just one of these lights in the proper position. If you have two, you can blend colors and synchronize, and unlike some of the cheaper RGB lights out there, they won’t flicker or create those weird lines on your stream. Because of their "magic cube" design, you can also pair groups of them to form one or more larger lights. 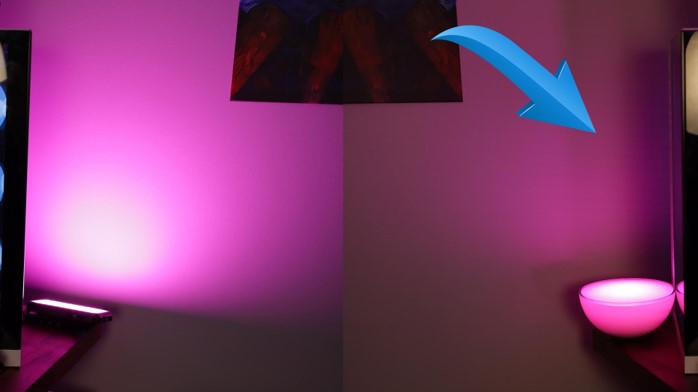 If you do any creative work, the potential of these lights is outstanding. I’ve been using them with my product photography since I’ve gotten them and it’s taken my shots to the next level. You can dial in any color you want over 360-degrees of color, whites from 2500K to 8500K, and use them for up to three hours on battery at full brightness which, honestly, you’re probably not going to want to do. These lights are too bright for any of my cameras head on and if your room is even a little bit dim, you’ll be able to turn them down and expand that battery life. If you don’t want to worry about it, you can plug them in and use them non-stop.

What I love about them is that these lights are small. They’re tiny for how much light they produce and the battery life they offer. Since the body is made entirely of metal, the shed head super well and never feel dangerously hot. What’s especially cool is that you can even control them through PilotFly’s smartphone app, so you can position them out of sight and still have complete control. Remarkably, the app also supports groups of up hundreds of lights at one time!

The one thing they’re not going to do is integrate with Google Home or Amazon Alexa, so you’re still going to need to control turning them on or off yourself. 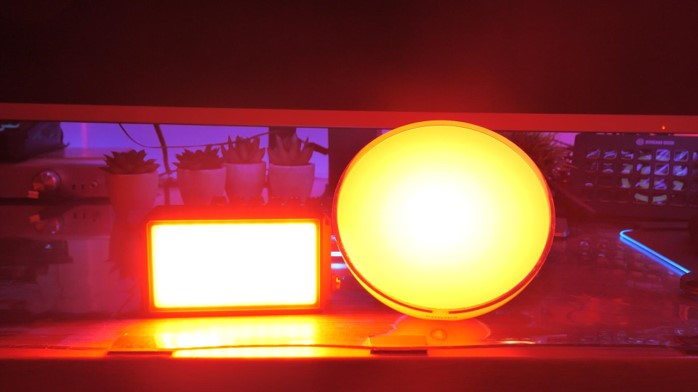 Listen, if you’re someone who makes videos, you need to have a gimbal to keep your camera steady. Nothing makes you look more amateur than having shaky footage. The PilotFly Travel offers the kind of versatility that I consider future-proofing for my content creation needs, because if I forget my camera at home, I can strap up my Galaxy Note or GoPro and be off to the races.

When it comes to the AtomCUBE Lights, I think of all the money I’ve invested in Philips Hue just to come close to the level of brightness these lights can put out, and it’s easily more than the cost of these two lights. Do yourself a favor, if you’re headed down that path, stop. Turn around now. Get something purpose driven from the start. You’ll be happy you did.