For years, the Philips SHP9500s have been the go-to headphone for gamers and audiophiles on a budget. They offered a spacious, fun sound with a big soundstage all for $79.99. Philips has finally refreshed this classic can with the SHP9600. It’s been brought up with the times but also brought up in price. At $129, is this the right headphone for you? 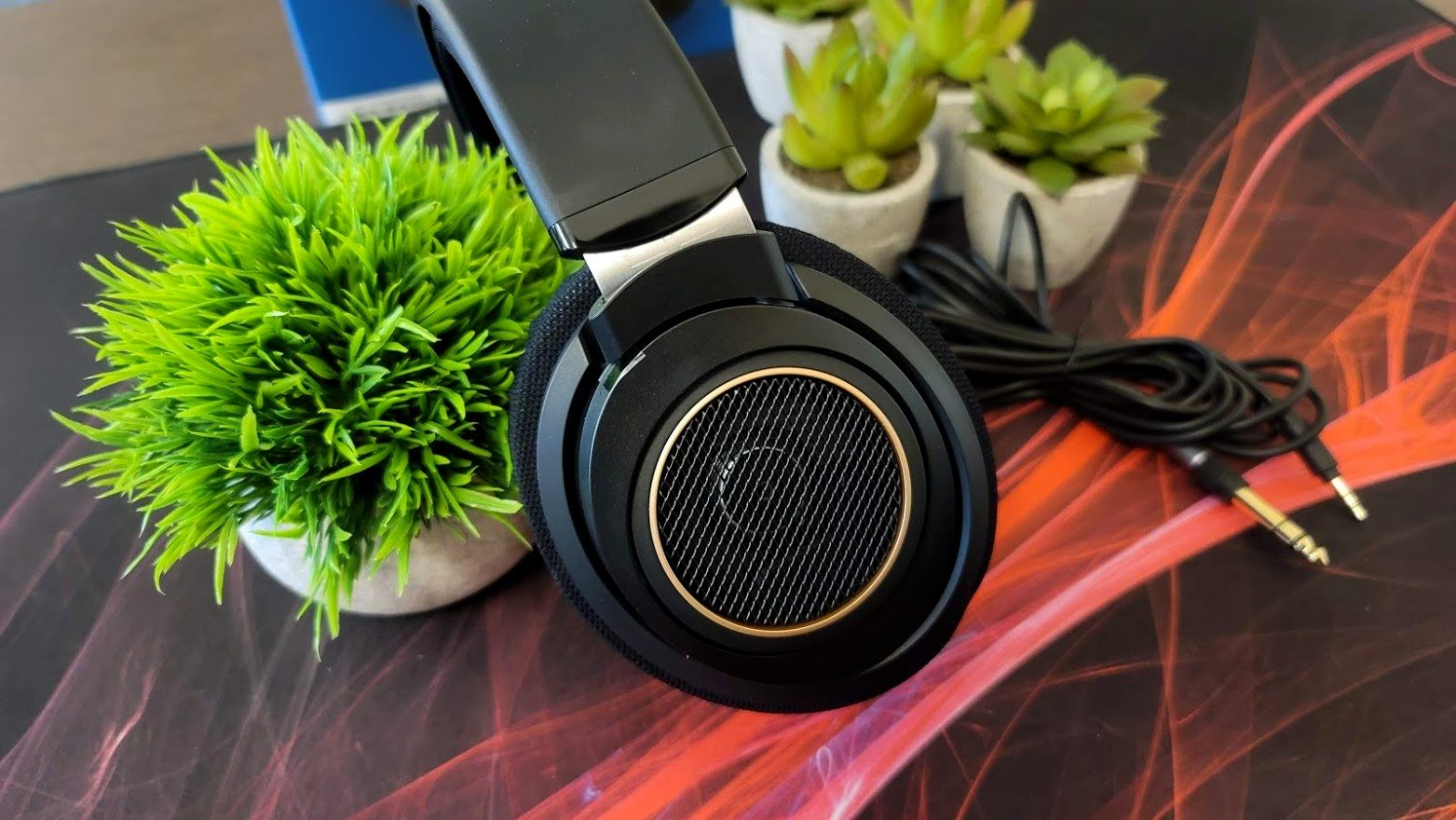 I have a confession to make: I never listened to the SHP9500s. Despite the fact that they were recommended by critics and audiophiles for as long as I’ve been into the hobby, I could never get over their, well, antiquated look. The SHP9600s solve that problem entirely, delivering a headphone that looks stylish and modern. Like most headphones, they’re near all black, but the earcups have eye-catching gold rings around the open-back grille. 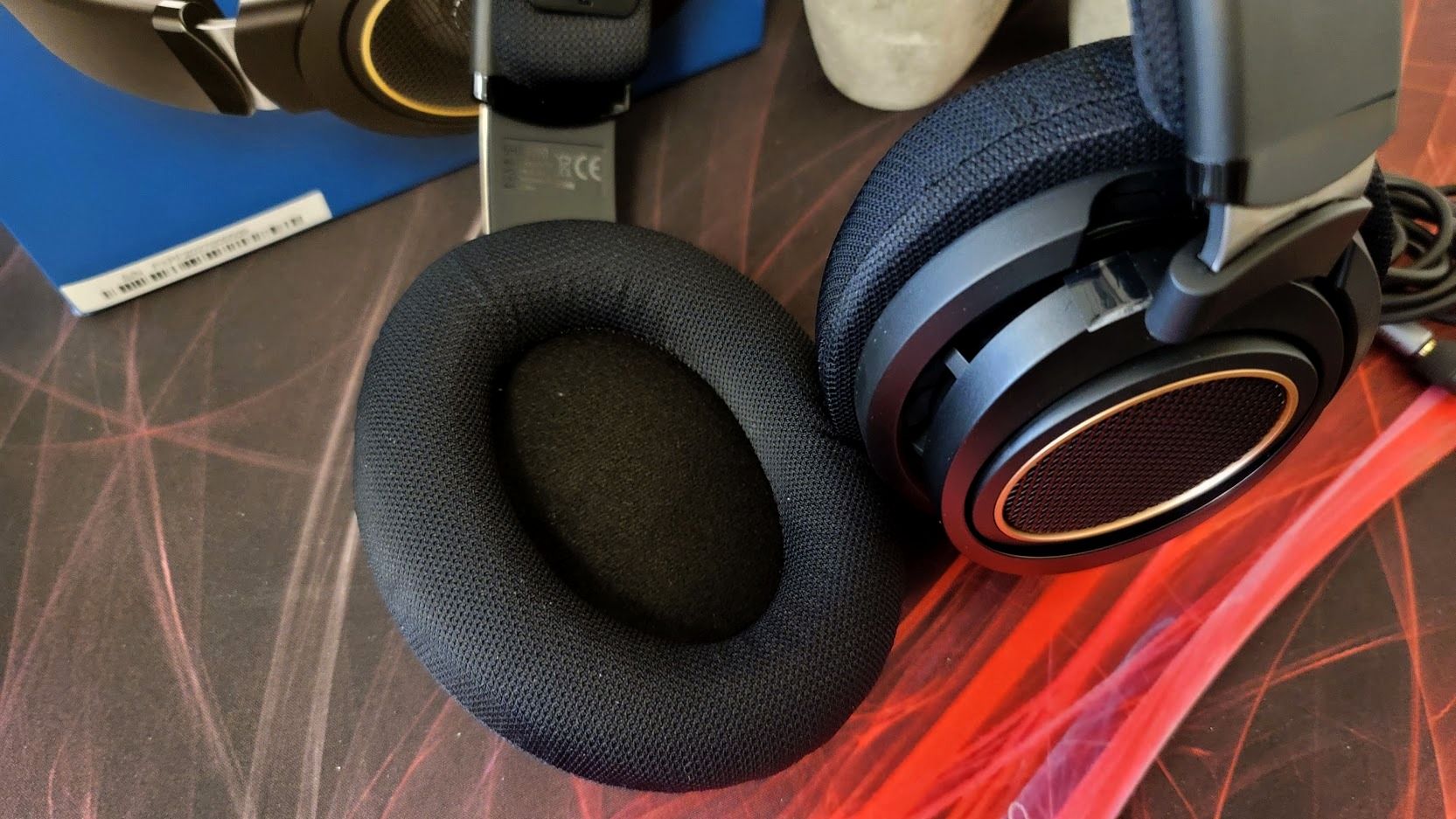 Like fans of the original SHP9500s extol, the SHP9600 is a very comfortable headphone. At only 330 grams, I was able to wear them for hours without any hotspots or becoming too warm. I attribute this to the flexible, semi-floating headband cushion that stops the band itself from pressing on your head. The pads are all fabric trimmed. It’s not as soft as velour but isn’t abrasive. Unlike some users with beards have reported, I didn’t experience any snagging on my whiskers — though I operate with stubble rather than a full beard. The grip force is also minimal, which is great for allowing the headphones to rest rather than press on your ears, but they did tend to slip out of place when I would look down. 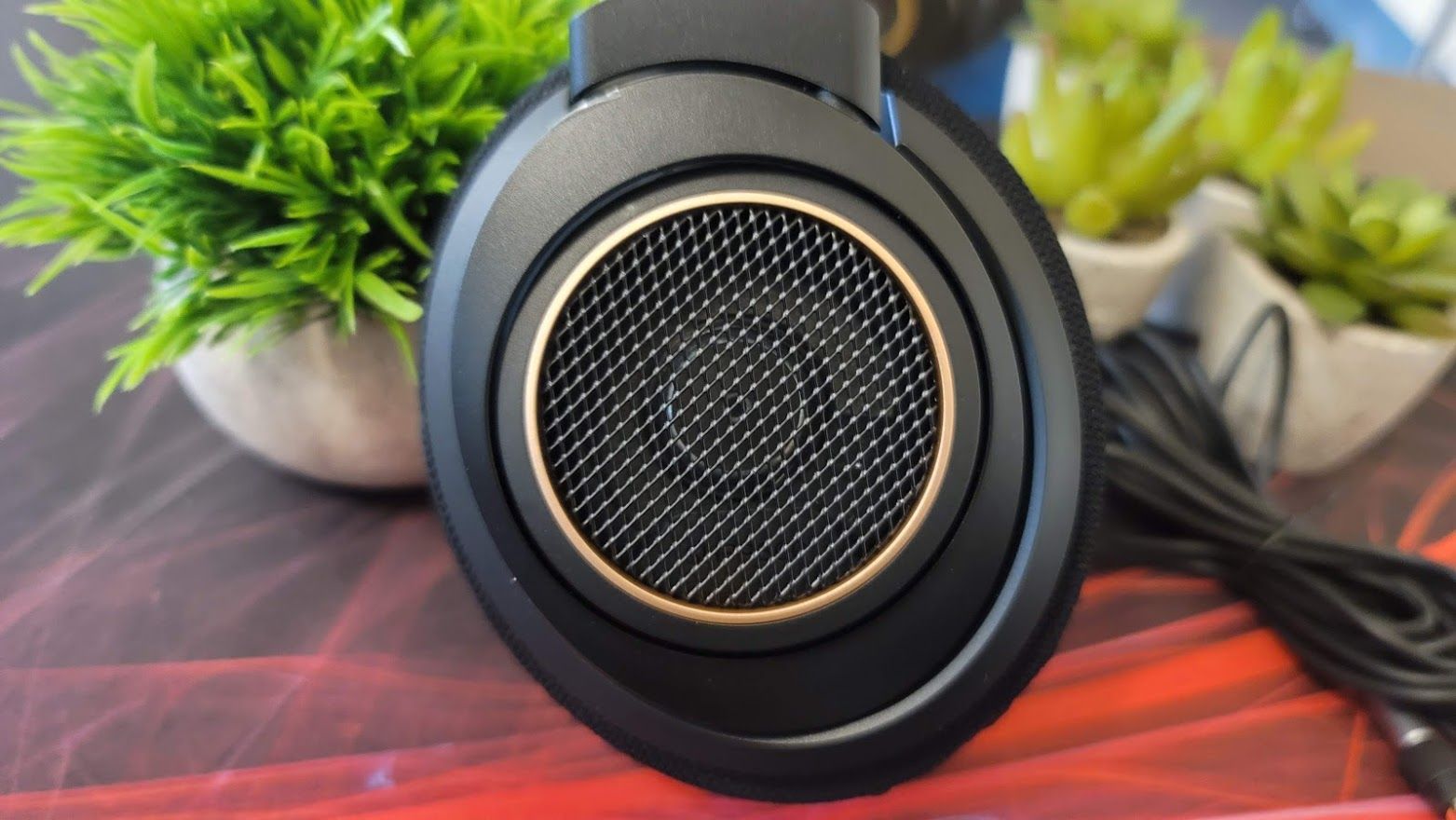 The SHP9600s are an open-back headphone, which is one of their greatest assets. The soundstage is wide and spacious, which is excellent for both music and games. Listening to Pvris’s Heaven (Stripped), the guitars felt suitably distant while the piano remained centered and close. The almost ethereal reverb sounded authentic and real. In Battlefield V, the headphones were a perfect match to the wide open nature of the maps, with the sounds of distant gunshots, engines, and echoing reports sounding more real than most gaming headsets. This does mean sound will bleed out (and it does, more than a lot of other open-back headphones I’ve used) as well as come in, so if you need isolation, these won’t be the can for you. Still, they’re great for gaming.

I also really liked the way Philips tuned these headphones. There is a nice bass elevation and on sweep tests, I could clearly hear/feel rumble down to 10Hz. They’re not fatiguing, which relaxed mids and highs. I really enjoyed these for female vocals. If you’re considering these for gaming, that does mean certain sound cues, like footsteps, don’t pop quite so much. 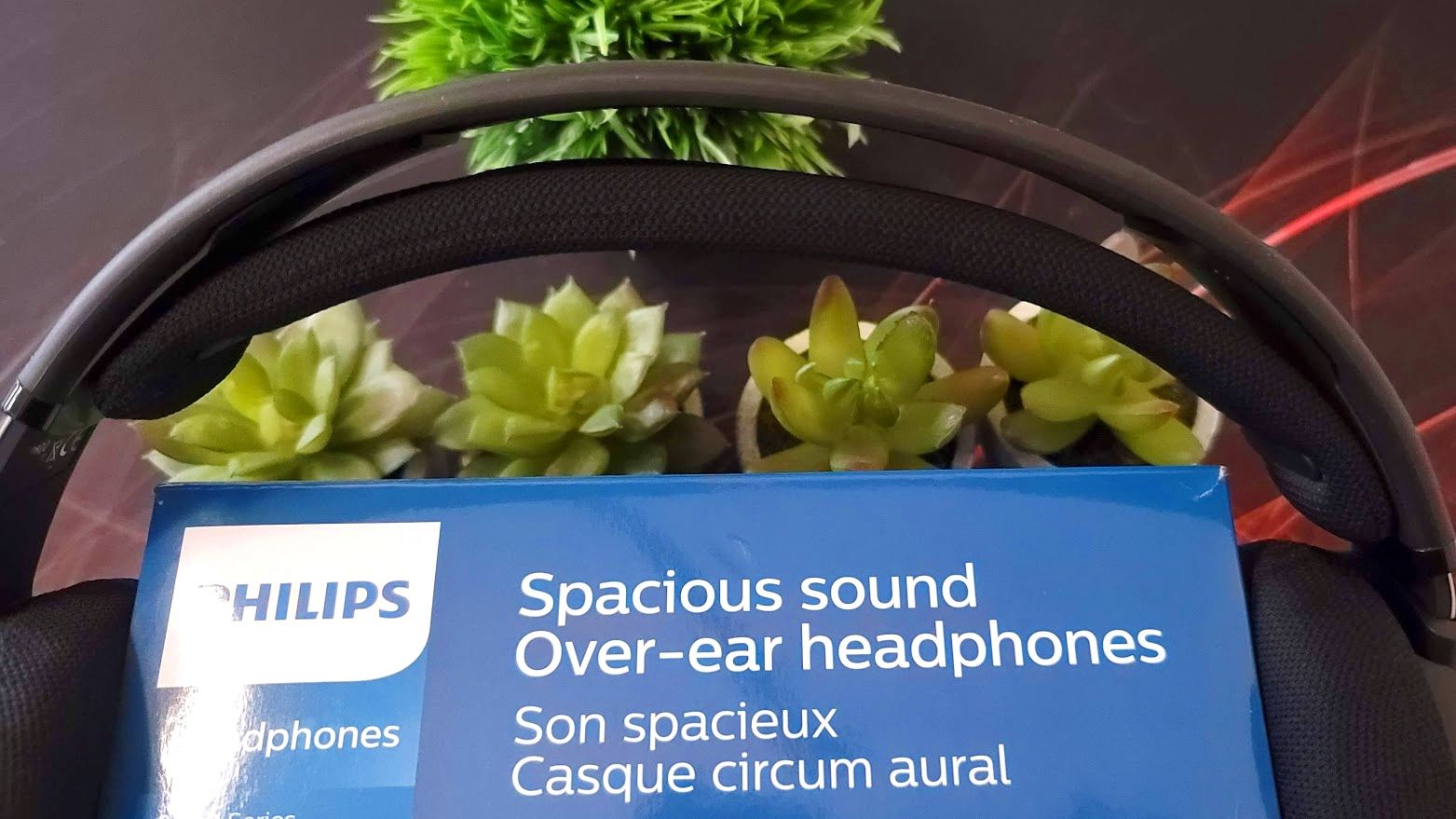 So, it’s a bit of a trade-off. Soundstage versus high-detail clarity. Though the more I listen, the more I feel like this is because those middle-high and treble sounds are less sharp versus straight-out quieter. That makes these a very nice headphone for listening to music and gaming over multiple hours. The bass also falls right in line here — it’s not tight and pounding, but relaxed and wide. You’ll get enough punch for those big cinematic moments without resulting in the literal shaking some headphones produce. Relaxed. Made for the long stretch.

Of course, they don’t have a microphone, so you’ll want to pair these with a ModMic or standalone desktop microphone. Thankfully, the detachable 3.5mm cable lends itself to work easily with many aftermarket add-in headset mics, including the V-Moda Boom Pro.

Speaking of the cable, I’m not a big fan. It’s overlong at 3-meters, so you’ll almost certainly want a replacement for use on the go or a pocket full of cable. It terminates in a silver and black end, each 3.5mm, but don’t reverse them: plugging the silver end into the headphone caused my left channel to cut out. It also has a terrible amount of memory, which makes it difficult to wrap back up without becoming a mess. 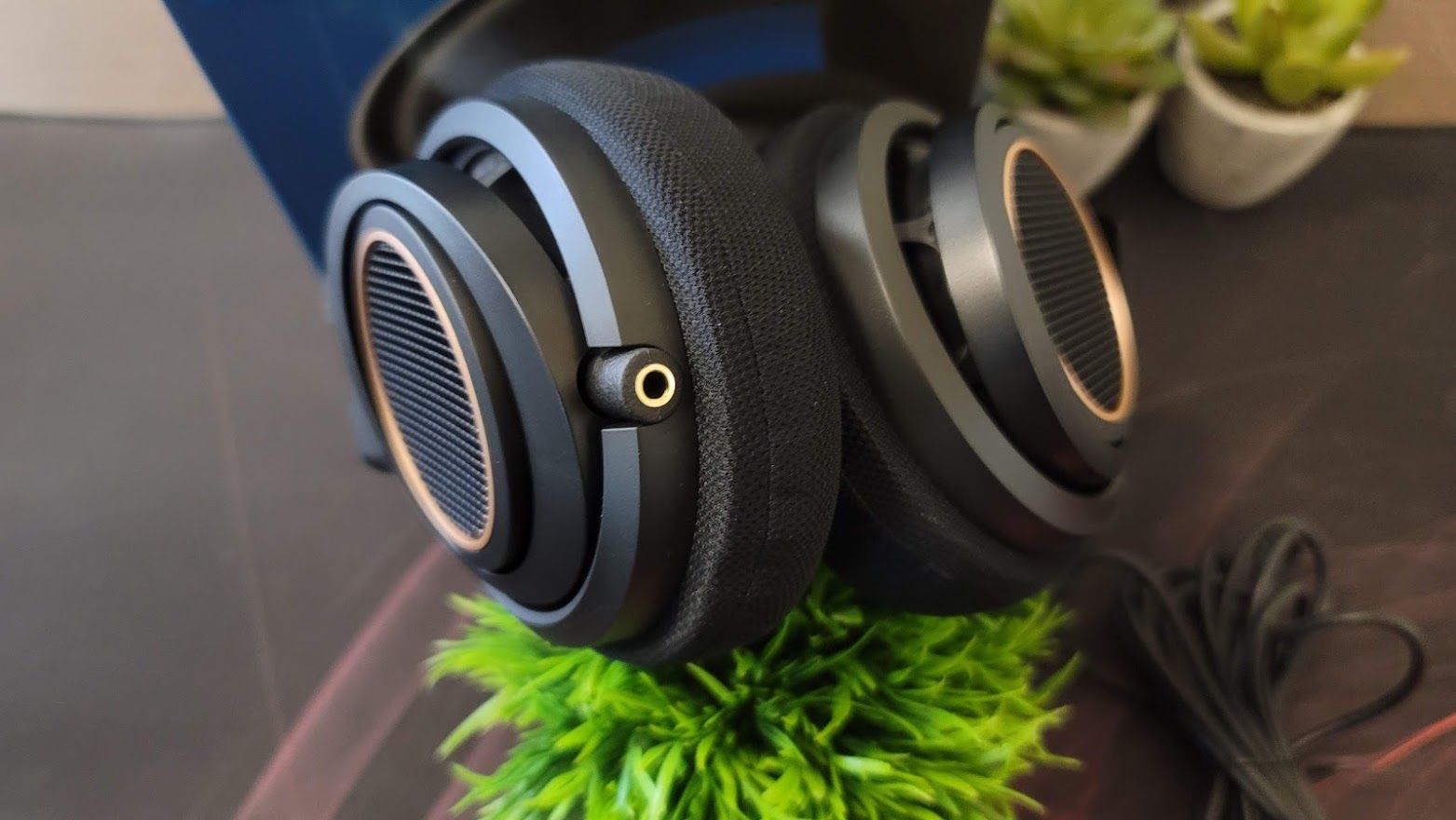 The big question here is whether the SHP9600 is worth the fairly large price hike over the original. Having not heard that headphone, I can’t comment on any sound or comfort improvements. On its own, I think the SHP9600 competes will with other headphones around this price, but considering the $79.99 price of the SHP9500s, the new pricing might be a bitter pill for existing users to swallow.

On their own, the SHP9600s have kinks, like that cable and the softening of the upper-frequency edge might not be to everyone’s taste. If you’re the kind of listener who likes to enjoy long sessions, whether that’s games or music, these have a natural appeal due to their exceptional comfort. The soundstage and layering are also excellent and made these a lot of fun to review. For gaming, they’re a great value, but like the Philips Fidelio X3 I reviewed earlier this month, they’ll really come into their own with a nice price cut.

The product described in this article was provided by the manufacturer for evaluation purposes.
7.5Good
Pros
Cons