With the rise of content creation and live streaming as well as the number of businesses offering remote work options, the demand for video capture cards is pretty high. Over the past few years, we have seen a number of PC parts and peripheral manufacturers bring capture cards to the market and today’s is no exception. NZXT continues its expansion into the peripherals space with the Signal series of USB-based capture cards. Today, we have both flavors in-house to see how the Signal 4K30 and Signal HD60 might meet your video capture needs.

NZXT is back at it… again and their bid for total desktop take over is well under way with expansion in brand new territories for the company! In the past twelve months alone, we have seen PC cases, a custom keyboard and mouse service, updated motherboards, redesigned RGB fans, the BLD PC builders kit, updated power supplies, a USB-based microphone, a white Kraken (FINALLY), and more. It does make me wonder what’s next; I guess we’ll have to wait and see! 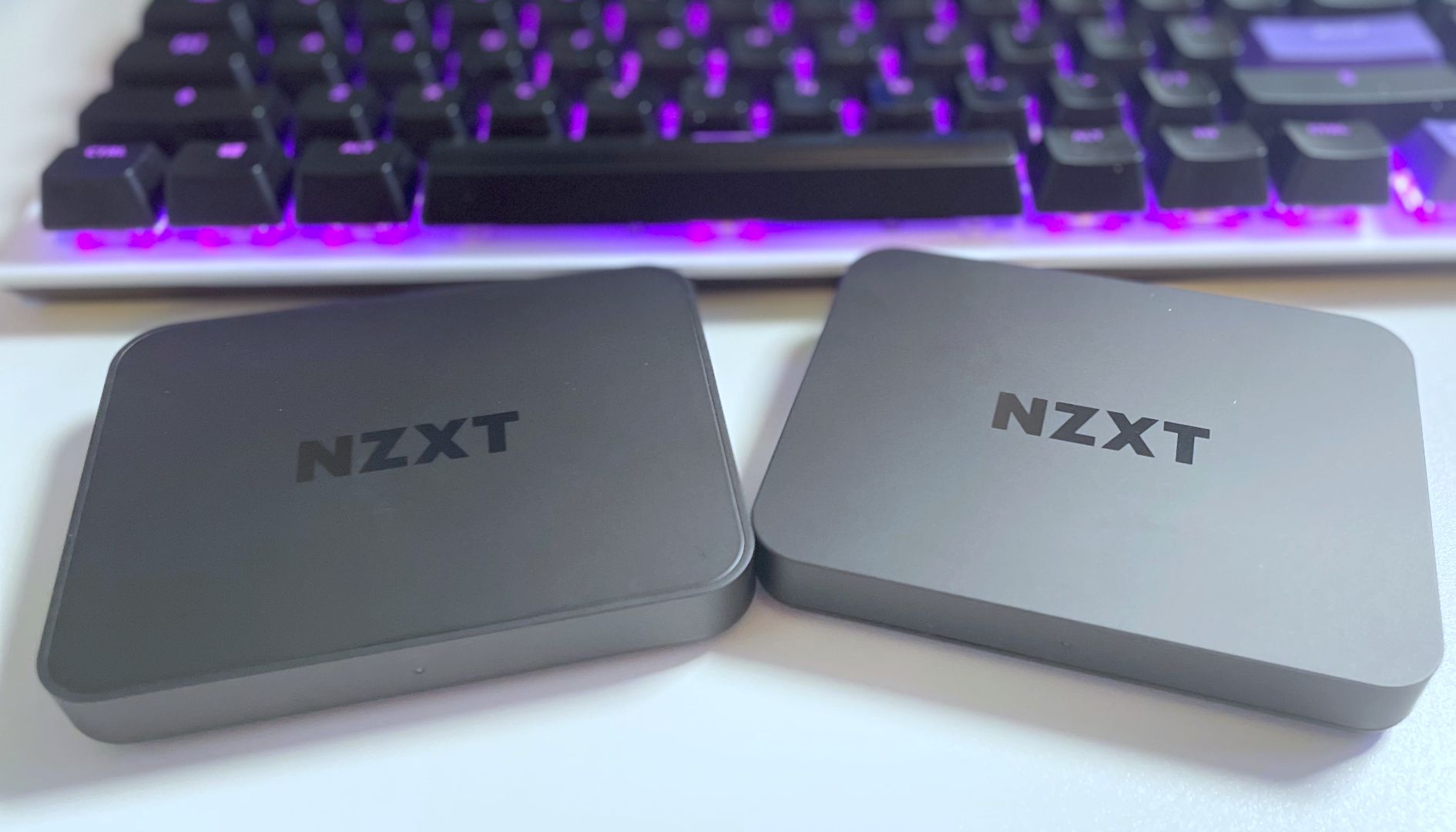 The Signal series, however, represents a very new type of offering from NZXT: video capture cards. And, with this new product, the PC parts and peripherals company takes a similar approach to their typically boutique products: keep it simple and discrete. With a form factor no bigger than an external hard drive, the Signal units are demure but both boast a modest amount of features.

Both the Signal 4K30 and Signal HD60 are capable of zero-lag video passthrough with support for resolutions up to 4K at 60 Hz. These specifications match the refresh rate of most entry-level 4K monitors and TVs. As an added perk, the 4K30 can support HDR10 passthrough at 4K as well. Not too shabby, but this is going to be a point to remember when we talk about which device might be worth considering.

Speaking of not too shabby, these video capture cards are both external, USB-based options, achieving their nonexistent latency capture and monitoring with the help of SuperSpeed USB 3.2. This is handy for leveraging the I/O capabilities of more modern systems. These speeds allow users to seamlessly match video with audio without the concern of mismatched feeds. Check out a sample here:

Since we’re looking at samples, here is a side-by-side video from the Signal HD60 and 4K30 recording the intro sequence of Final Fantasy VII: Remake. We captured the video using a Playstation 4 Pro system running at 4K with HDR enabled. Here is that sample:

As you can see, both devices produce great content and they were both fairly simple to set up right out of the box. On first connection, the devices were immediately recognized within the applications I tested them out in. The Signal 4K30 and HD60 both appeared within the video settings of Discord and pulled their feed in via the Video Capture Device menu. We did have to play around with the audio settings within OBS to get sound to capture, but those were found right within the Video Capture Device menu.

Unlike their counterparts on the market, the NZXT Signal video capture cards do not technically have software that needs to be installed in order to operate. This has some pros and cons. On the plus side, it means that there is no bloatware eating up extra system resources while trying to record or live stream. On the con side, there aren’t a whole lot of options to change settings outside of the settings within programs like OBS. The current settings the devices are operating with can, however, be monitored via NZXT’s CAM software. CAM also serves as a platform to update firmware.

I did notice an audio anomaly with both units that serves as a quirk more than an issue with the device. Video will capture fine without an output connected to the Signal units, but audio will not. I experienced an odd splitting of the audio, almost as if the missing output connection was pulling the voiceover tracks out of cutscenes. At first, I thought this was an error with the applications I was trying to record, but after it was replicated in other games, we knew there was a bigger issue. That issue when we plugged in an HDMI cable to the output port. Again, it’s an odd quirk, but nothing that would cause us to not recommend the Signal.

NZXT has done something pretty interesting with the Signal 4K30 and HD60. By carrying the NZXT design philosophy over to video capture cards, the Signal video capture cards are well-built with a simplistic form and decent modern functionality. The big question that remains is this: which Signal is right for you? To answer that question, there are some things that you will want to consider.

If you are looking to record content in 4K while playing at 4K with HDR functionality in passthrough, the obvious answer might seem like the 4K30, but it’s that pesky “30” that you’ll want to strongly consider. Will the content you are trying to create be okay at 30 frames per second? In the case where the Signal 4K30 would serve as a camera input for a more cinematic feeling, then, yes, it’s a fine unit. Recording gameplay, however, might be a different story… unless you are okay downscaling to 1080p. My take on the Signal 4K30 is this: if you want the capabilities of high Hz passthrough along with features like HDR and you want to capture and/or stream 1080p content with a higher refresh rate (up to 120 Hz) or if you are looking for a camera input for crisp quality, the 4K30 is worth it’s $179.99. It is, however, hard to recommend solely for 4K capture from modern consoles. 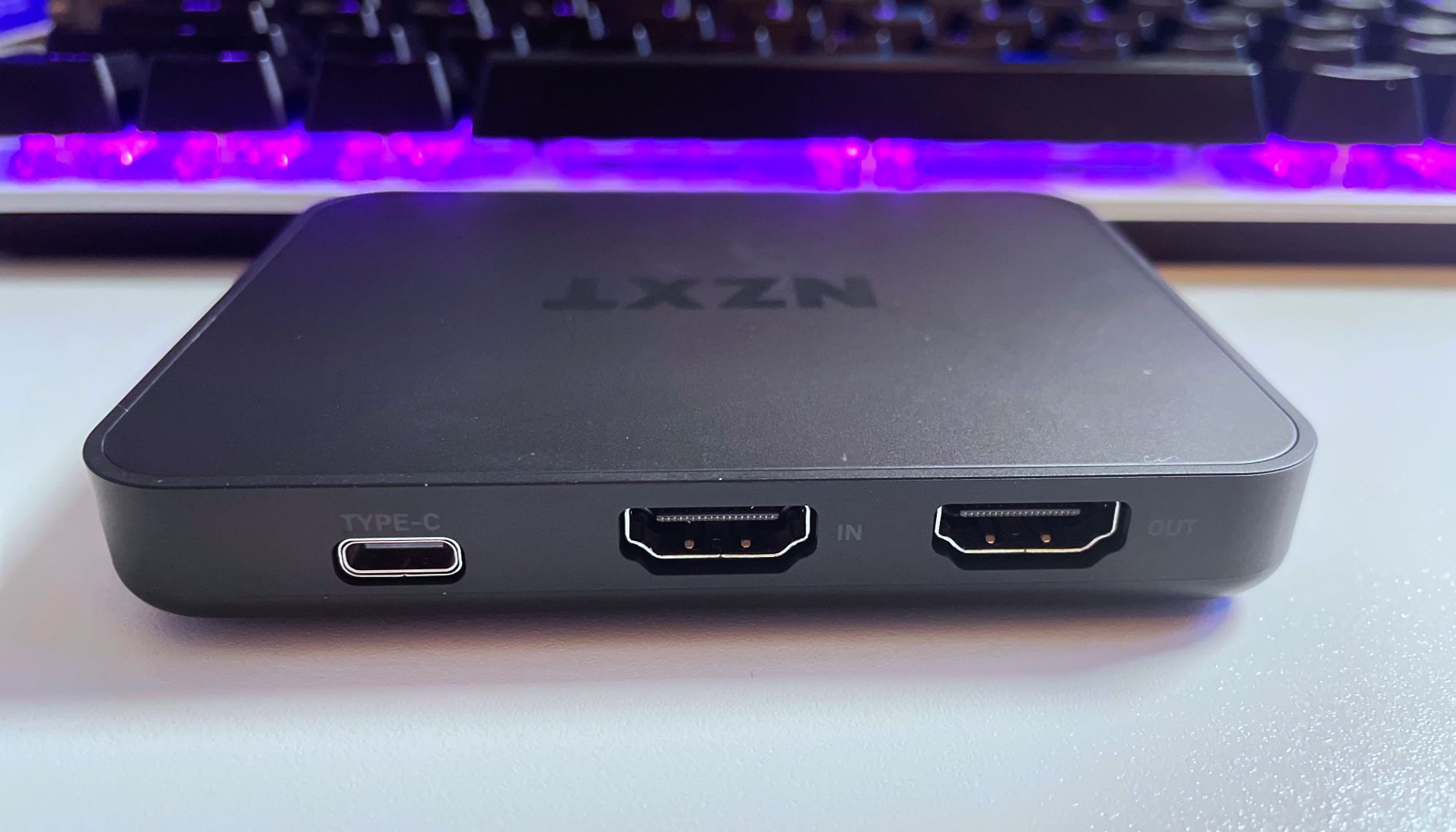 If you are looking at live streaming, the Signal HD60 is a min/max powerhouse by providing the maximum standard for most platforms at a relatively minimal cost in the category of video capture cards that it falls within. When we consider the Signal HD60, it is the perfect solution to get the job done while still providing the option of 4K passthrough. It is a bit unfortunate that the HD60 does not offer HDR passthrough, but at $139.99, the Signal HD60 might be the newest entry point for high-quality HD video capture for streaming and content creation.

Both options are pretty solid, but there are a few other considerations beyond which device is right for you. As mentioned prior, the Signal video capture cards require a USB 3.2 connection. If you do not have this type of connection, we cannot recommend the Signal. The same is true if you need a device that can capture HDR footage. It is a bit unfortunate that neither the 4K30 or HD60 support HDR recording - which seems to be a push for the competition. I imagine that this feature would have pushed both devices into a higher price bracket, so I commend NZXT for keeping the costs reasonable.

At the end of the day, the NZXT Signal 4K30 and Signal HD60 are well-built and competitively priced video capture devices that get that job done. Whether you stream on the regular or you need to look pixel-perfect for video conferences, NZXT offers a new entry point into the realm of digital communication. We look forward to seeing just where NZXT goes from here!

The products discussed in this article were provided by the manufacturer for the purposes of review.