Rejoice, all you architects of arctic PC builds - old and new: the Kraken now comes in matte white!

No, we didn’t take a picture of the wrong box and you read the title right, friends: after years of system builders begging for this option, NZXT has released an aesthetic update into the X and Z families of Kraken all-in-one CPU coolers. Does the new color change how the Kraken performs? Hardly. But that doesn’t make them any less cool. This is our review of the NZXT Kraken Z63 RGB All-in-One Liquid Cooler.

It’s hard to argue that NZXT’s Kraken products are among the most iconic all-in-one CPU coolers on the market today. Whether it’s mirrored LEDs of the Infinity Mirror Display or just that sleek NZXT design around the Asetek pump head, there are few that come close to being so immediately recognizable. But, when you have a product like this that is so iconic, where do you go from there?

Last year, NZXT introduced us to the Z-series of Kraken CPU coolers - the latest iteration on the Kraken with an updated pump design… with a customizable LCD display. Whether utilizing for real-time thermal monitoring or to throw a gif of the face Destiny 2’s Drifter makes watching you dunk on four Guardians in a Gambit match, the display is only limited by your imagination. 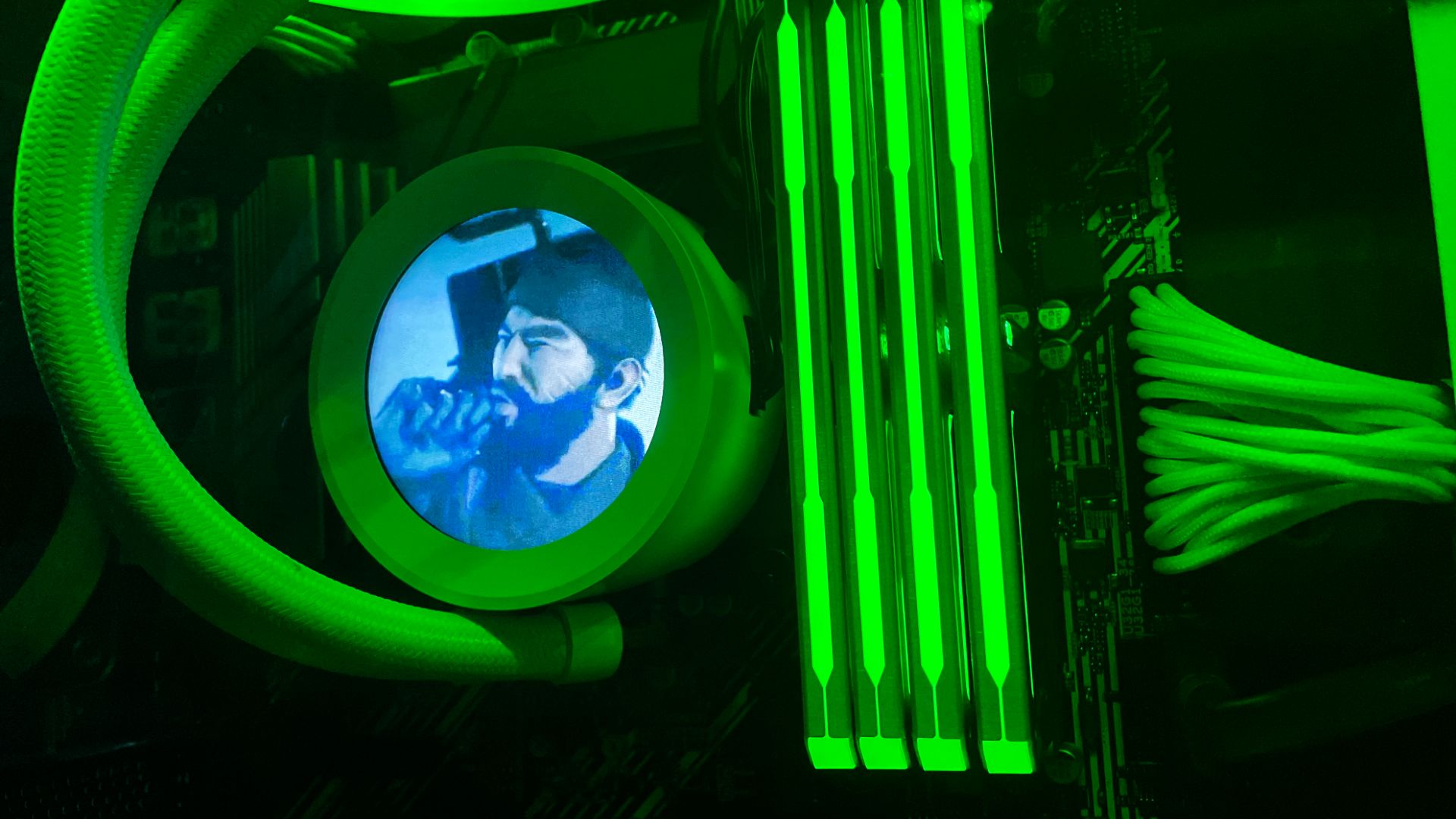 Bringing us to the present, NZXT has released a new set of packages for both the Kraken Z-3 and X-3 series. These all-in-one coolers come with NZXT’s AER 2 RGB fans, available in either the new matte white option or the classic matte black. The company will also be making white versions of their AER 2 RGB fans available for purchase separately. Each series has options 240mm, 280mm, and 360mm radiators with prices that start at $169.99 USD and go up to $309.99 USD.

Note: We are likely to see an industry-wide increase on products like the NZXT Kraken as shipping container costs out of China increase - (Reuters)

In case you haven’t installed an all-in-one cooler before, it can seem daunting, but an option like that Kraken makes it fairly simple on either side of the CPU aisle.

With AM4, it is as simple as replacing a few screws and the stock bracket with some threaded posts and changing out the mounting ring on the pump head. On the Intel side of things, NZXT included a separate bracket for mounting to your motherboard… and then, it’s pretty similar from there. The biggest difference for Intel installs is just making sure you are using the right height of threaded posts for your CPU socket. After the appropriate hardware is in place and thermal compound applied, the pump head sits directly on top and can be secured with thumbscrews.

Once the heart of the Kraken was secure, the installation of the radiator and fans were fairly simple. NZXT includes hardware for both direct (PC case to radiator to fans) and indirect (PC case to fans to radiator) mounting. In our testing, we used the indirect mounting method. This allows us to show off the AER 2 RGB fans! 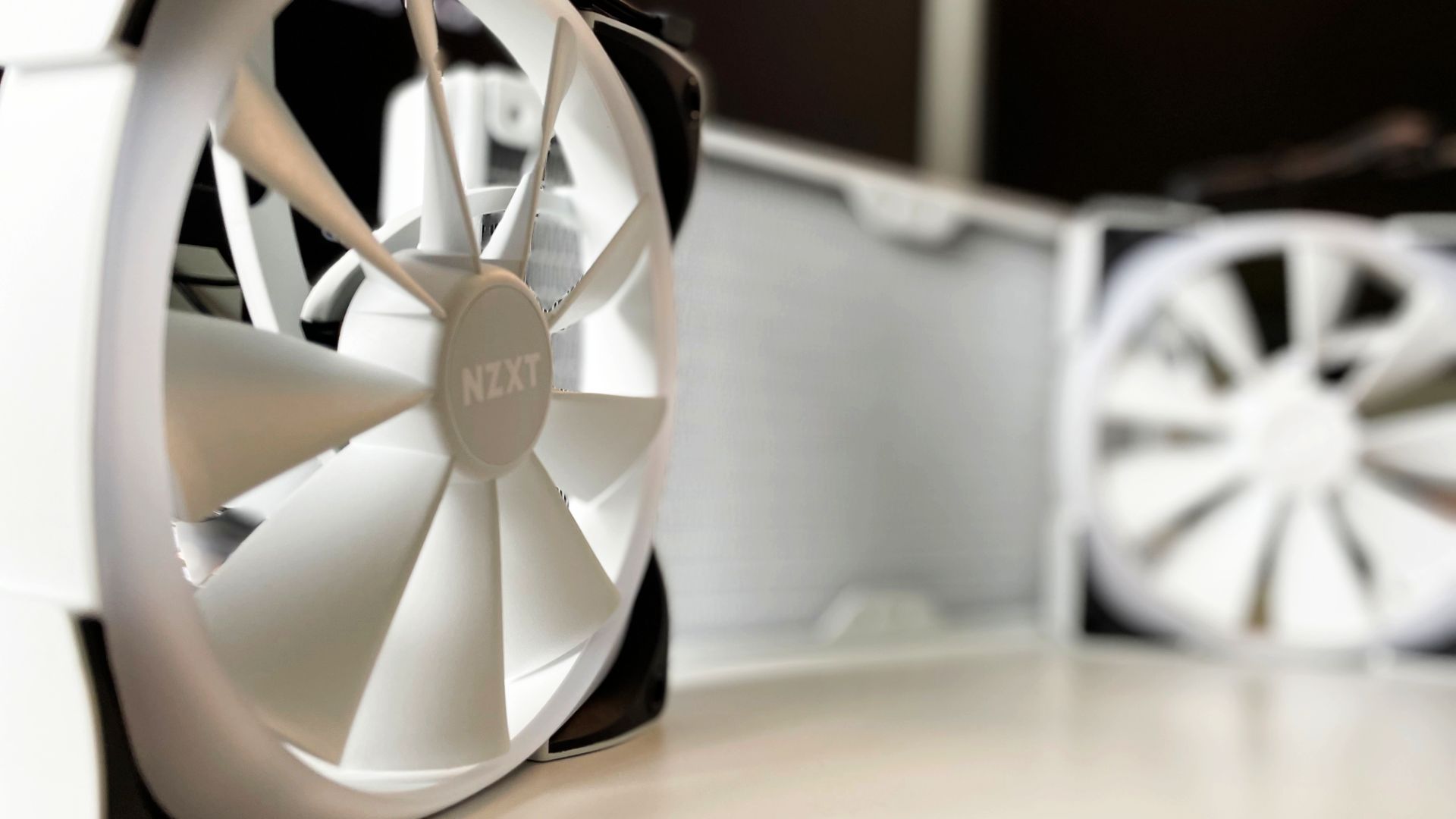 Speaking of these fans, NZXT has a good thing going for it when it comes to the AER 2 RGB. Each fan has in and out ports built into them with removable wiring, allowing for daisy-chaining the RGB elements. This saves on extra cables to manage throughout the case as well as on ports in “smart hubs.” In the case of the Kraken, that is the hub for RGB connection is built into the pump’s breakout cable - which also contains three fan header connections as well.

Of the all-in-one coolers I have installed over the years, I can’t argue with the simplicity of the NZXT Kraken, thanks to Asetek’s mounting design. This is especially true when working with AM4 sockets! 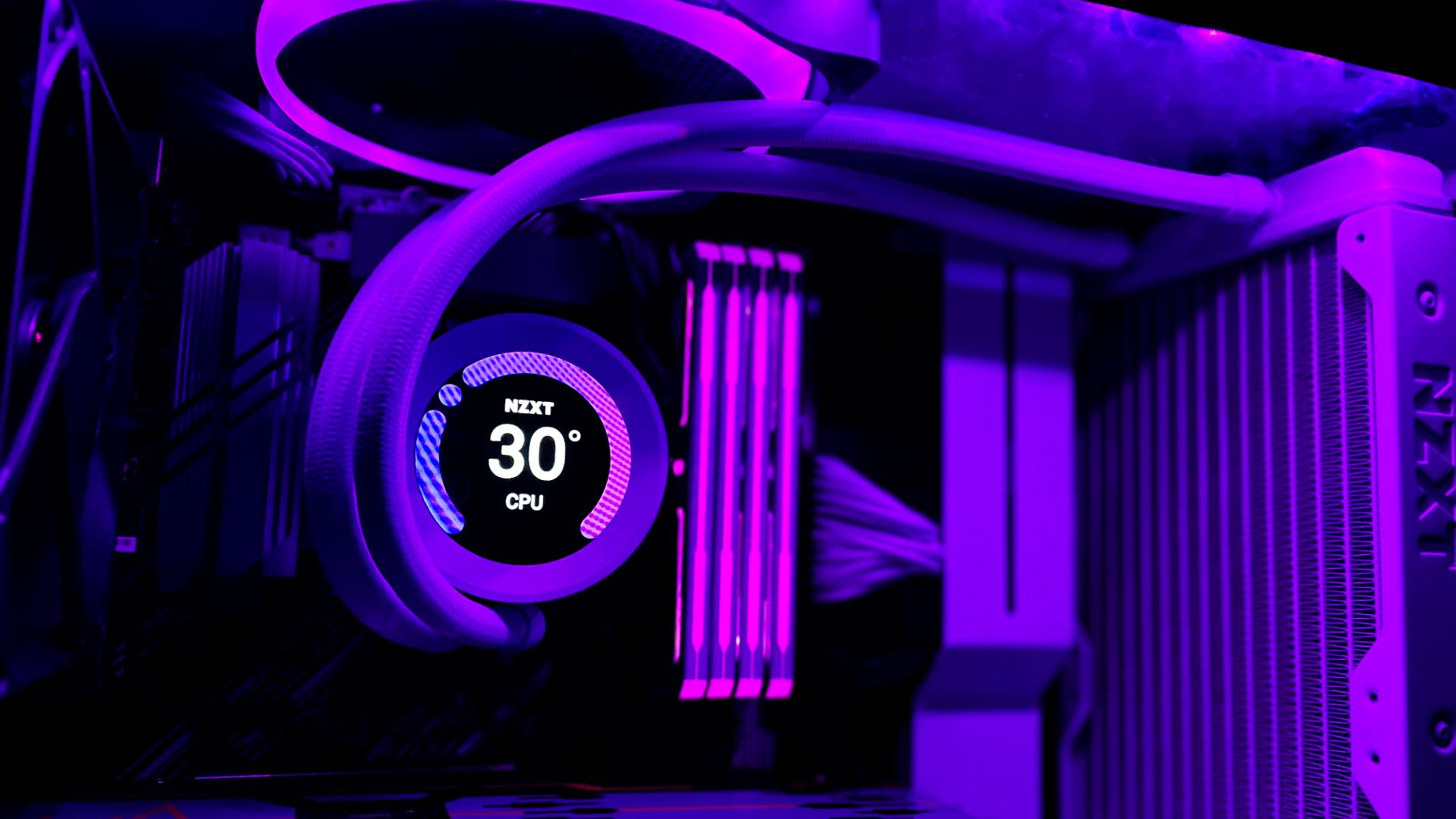 Since we have seen the 360mm Kraken Z73 as well as the X63 in action, the logical choice for our review was the 280mm Z63. We did have a unique opportunity during our testing when deciding where to integrate the Kraken. Since we have utilized Corsair’s iCUE 4000X PC case for other AiO reviews, we wanted to keep the conditions as close as we could, but we also had our hand on an NZXT H510 Elite PC case. Our official data was collected in the iCUE 4000X, but we will talk anecdotally about the H510 Elite.

In order for us to get a good picture of how a cooler will operate in the everyday, we look closely at comparative temperature while idle as well as under heavy computational load. The testing environment is a controlled  (as best as possible) 22 degrees Celsius with coolers set to their highest performance option. We collect load temperatures from the CPU after a twenty minute test via Prime95. This gives the fluid within the AiO a chance to warm up as we record any trends that we might see along the way. The temperatures charted believe show the temperature increase over ambient.

Here is how the Kraken Z63 looks compared to other AiOs on the market: 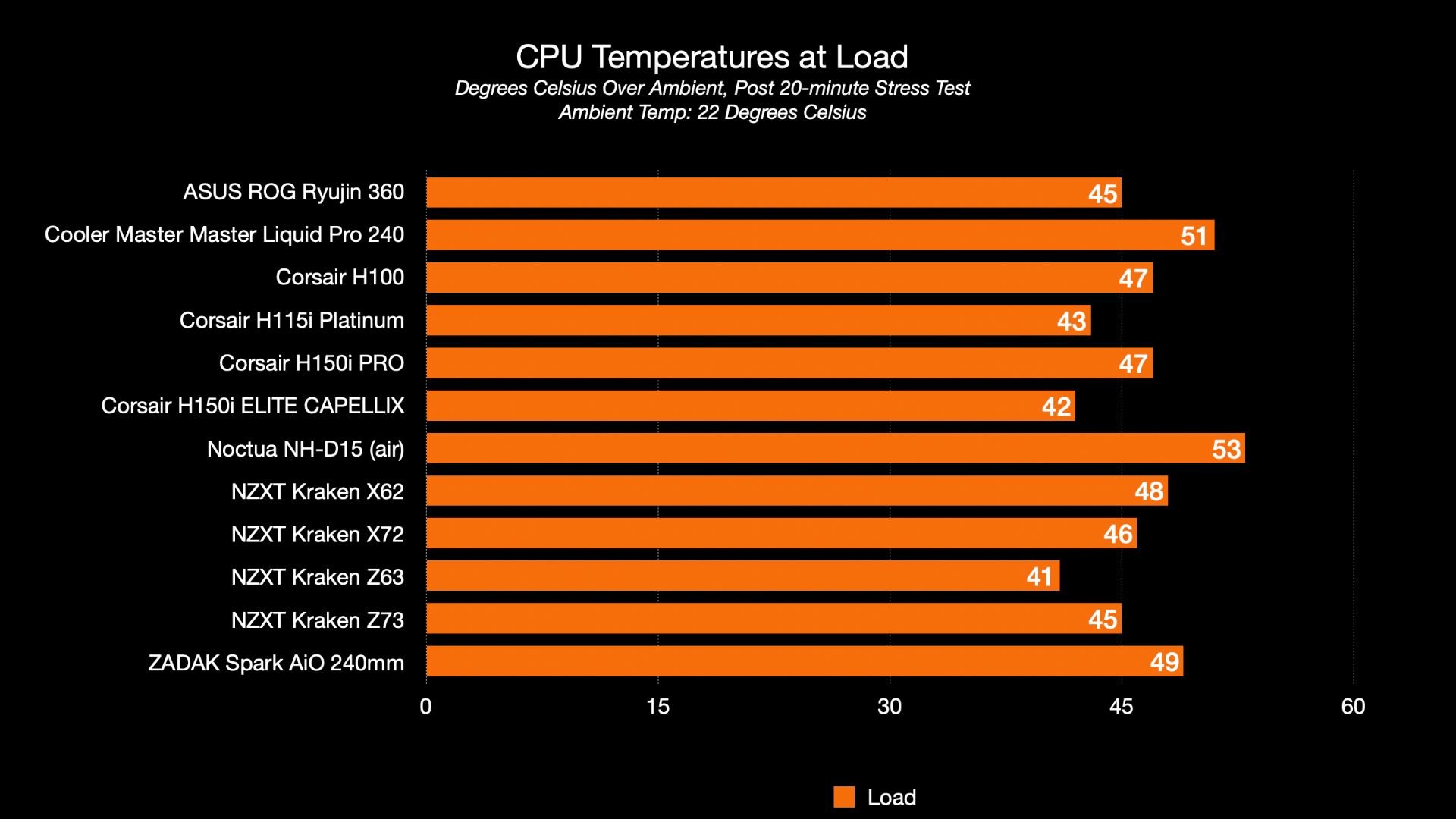 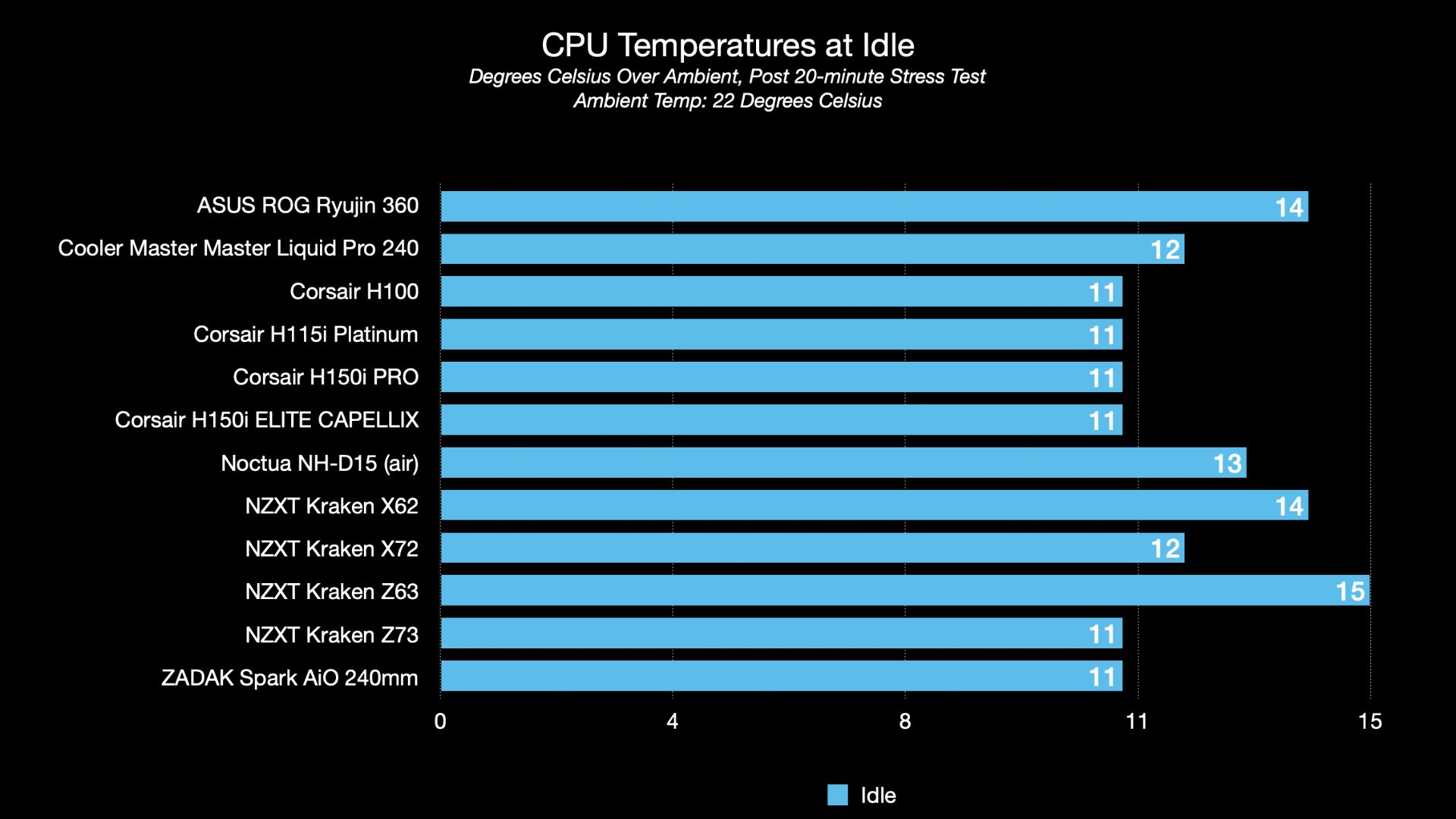 (It is important to note that the testing benches used to collect the comparative data were different. However, the conditions of the testing were meticulous replicated as best as possible)

All of these numbers are with the stock, out-of-the-box thermal paste. While we found it to be adequate during our tests, we did swap it for some Arctic MX-4 thermal compound to see if we could get better contact with the Kraken Z63. What we found was that the temperatures under load were around the same, but we noticed a ~2C drop as the Kraken stabilized under heavy load and a ~3C drop during idle.

As we mentioned before, we did want to test out the Kraken Z63 in NZXT’s own environment. As it turned out, I happened to be collecting some parts to throw together an Intel Core i5 10600K-based system. And what we saw was a remarkably similar story. The Kraken Z63 held the CPU at just under 60C while under load and kept the CPU at around 40C (18C over ambient) immediately following.

In other words, regardless of platform, the Kraken kept its cools. While not as frosty as some of its competition while idling, it handled high temperatures at bay while under load with consistency, not allowing any spikes. 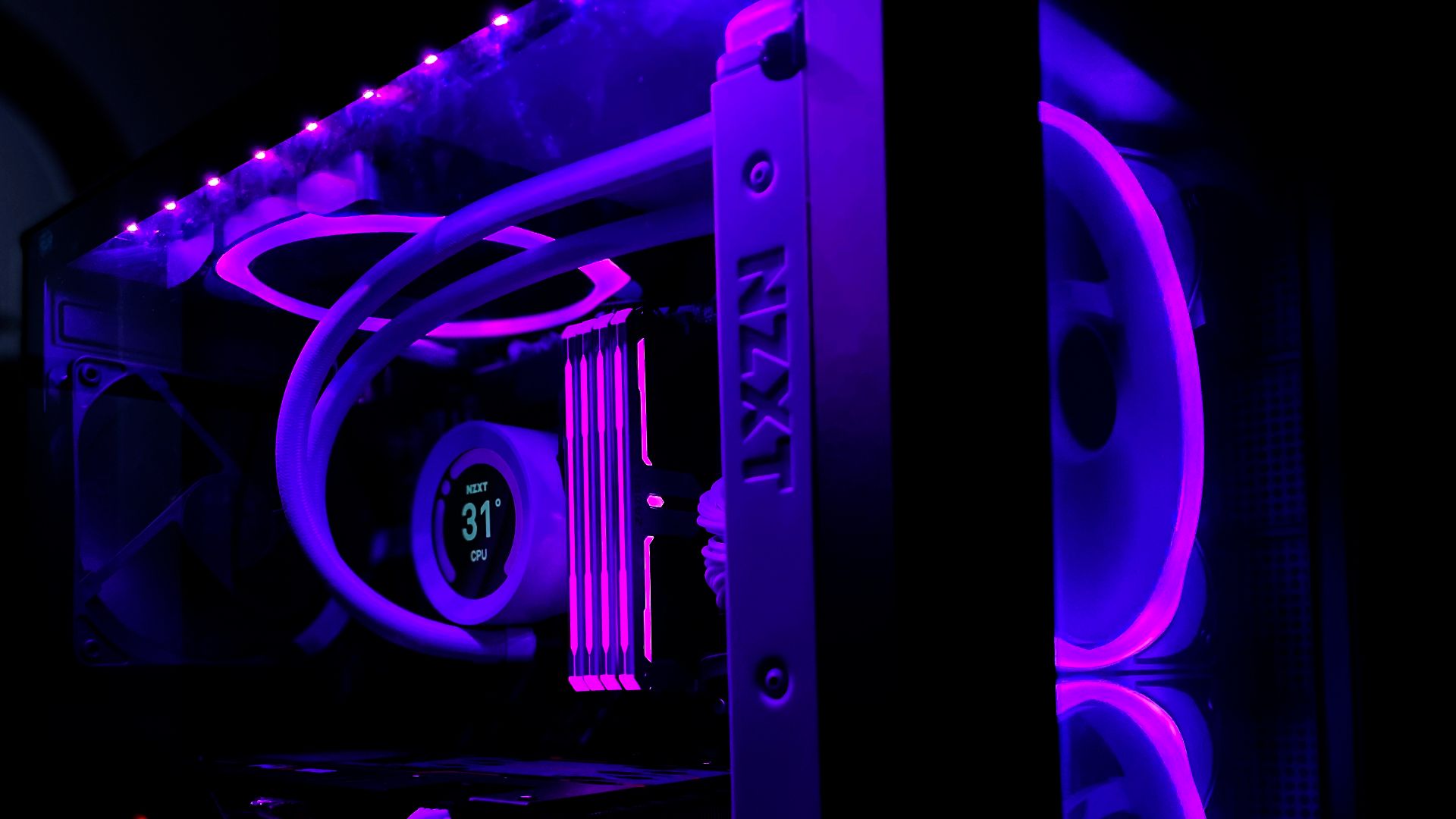 The NZXT Kraken Z63 RGB is a spiffy, albeit spendy, option for CPU cooling. Built on the track record its predecessors have found success on, this is the same old breed of CPU coolers we saw last year. The difference is that it has a fresh coat of paint and some pretty, new lighted fans.

That isn’t a criticism; the Kraken Z-3 series is one of the most beautiful CPU coolers we have seen to date. The active thermal monitoring on the pump’s LCD is a nice feature and the AER 2 fans provide multi-zone RGB with limited cabling. You are going to pay enthusiast prices for these features, but here are a few things to consider.

The Kraken Z-3 series may not be for every builder. While the CPU cooler is both aesthetically stunning and does its job very well, the same is true for the X-3 Series. So, you have to ask yourself if you really need animated gifs on your CPU? Probably not. Is the thermal stability of your machine an ever-present anxiety for you that requires active monitoring? Probably not.

But, it is pretty cool.

NZXT’s addition of matte white options for both AiO coolers and their AER 2 allows for new, creative building options when considering system cooling. And, to me, products like these are exciting, especially when considering how PC builders will utilize them in creative and interesting builds yet to come!