If you’ve never heard of NZXT it’s about time you crawl out from under the rock you live in.  A household name with custom PC enthusiasts and newbies just dipping their toes in the PC world, NZXT has a lot to offer and dominates the scene of AIOs and PC cases.  Today we are going to look at one of NZXTs popular dual fan coolers and see how it stacks up against the competition.

Testing conducted in a LianLi Dynamic with an AMD 3700x processor on stock settings with an ASROCK TAICHI X570 Motherboard, 32GB HyperX RGB RAM and an RTX 2080 Ti with stock cooler.  The room was kept at 75°F (~24°C) via central air cooling. 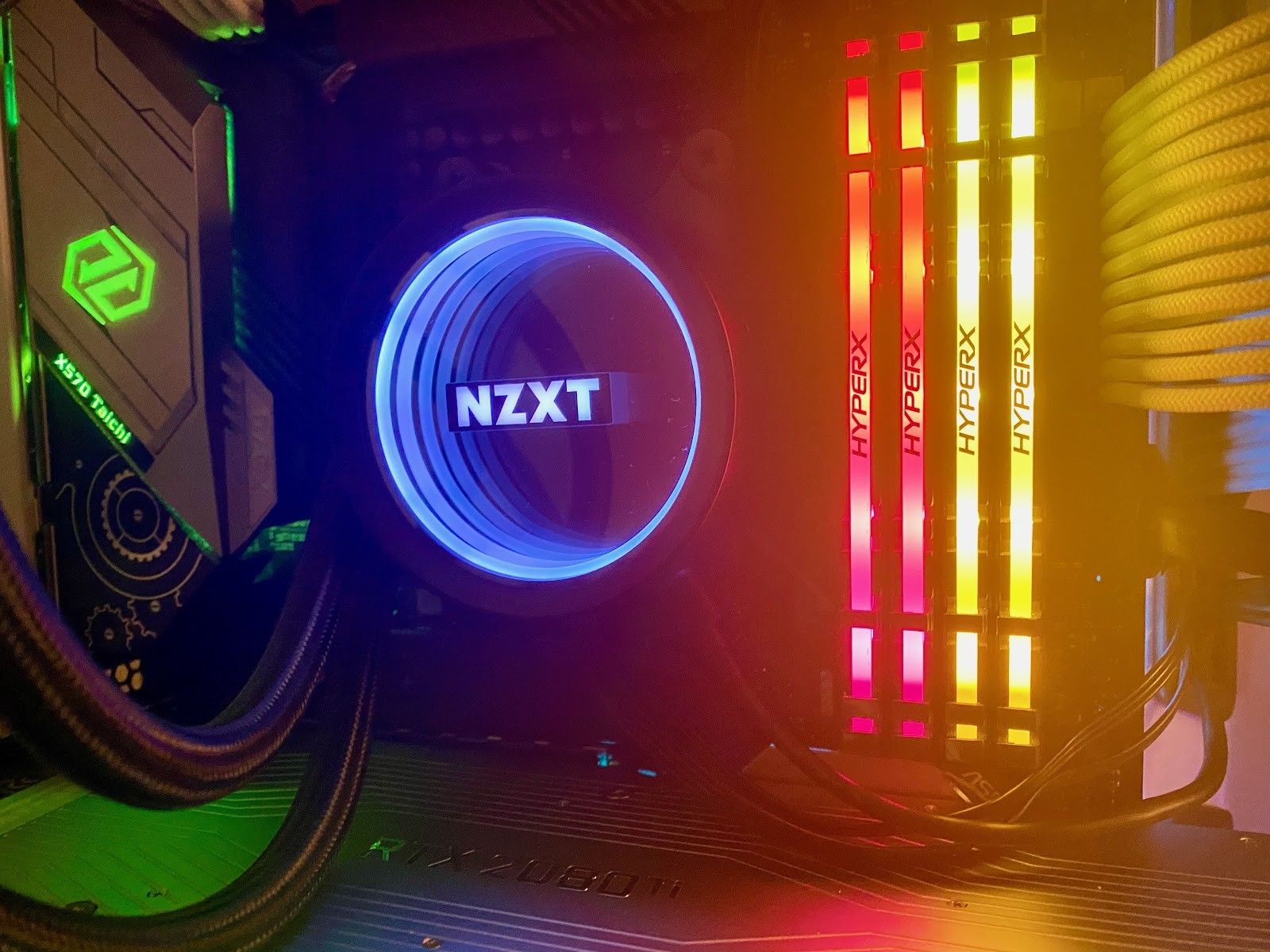 There is no denying that the Kraken X63 is near top of class when it comes to looks.  The infinity mirror on top of the waterbock and pump has become a mark of the brand and is simply beautiful to behold.  With each individual LED in the ring being addressable you aren’t stuck to just the flat white that I personally enjoy and are completely free to express yourself as you see fit - all the way down to the logo which can be turned off by setting the color to black.  In a stroke of absolute brilliance NZXT eliminates the frustration of having your block oriented in the wrong way by allowing full 360° rotation (in 30° snap increments).  Staring at upside logos is a thing of the past with this cooler in your system.

While the structure of the block and LED system feels sturdy, premium, and non-flimsy the rest of the AIO isn’t anything to write home about.  There’s nothing wrong with it at all - the aluminum radiator is perfectly fine and the tubing is a good compromise of sturdiness and flexibility - it’s just that there’s not a whole lot of room for innovation.  Most coolers use the same block/pump and radiator combo under the hood (all from the same base company) and the differences in performance ultimately come down to the quality of the included thermal paste, mounting bracket, the ability for the included fans to move air under resistance and, of course, your case. 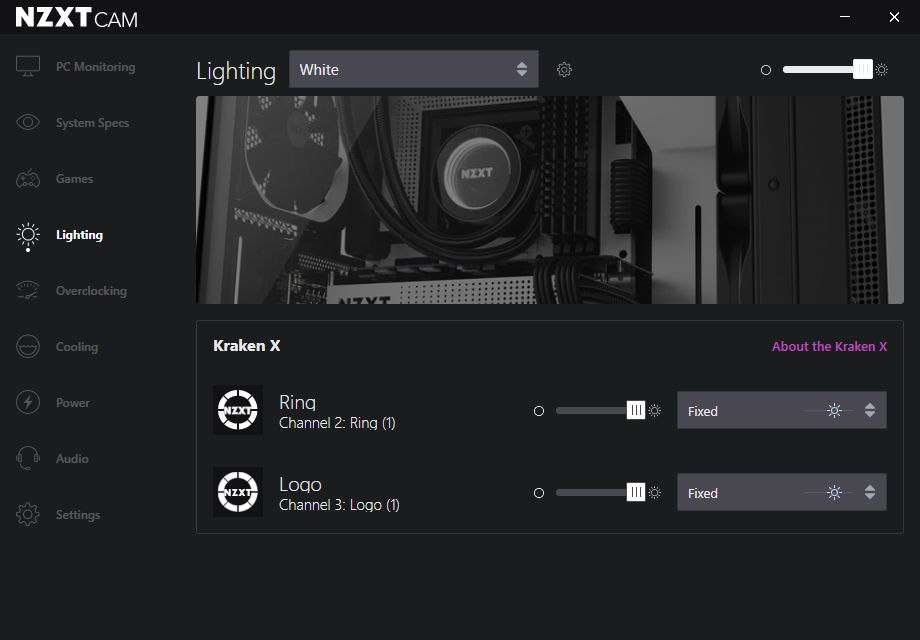 With the test results coming up soon I wanted to touch on everyone’s favorite piece of software to hate: CAM.  Now I’m not sure if it was just a facelift or if everything under the hood was reworked but I ran into absolutely NO problems with this version of CAM.  I found the entire user experience to be sleek, responsive, and free of lag.  Changing the lighting configurations was incredibly easy, with a variety of presets to choose from and even the ability to address every individual LED on the cooler, and I didn’t crash one time; which is more than I can say about previous versions.  Everything about the software felt good and I have to applaud NZXT for (possibly) fixing all the nonsense that came with previous versions of the CAM software.

Before I get into the charts I want to briefly touch on the methodology used to arrive at the results in the charts below.  Some people prefer to use Prime95 over AIDA64 for their CPU load testing and others prefer the opposite.  I’ve found, at least for me, that AIDA64 gives lower stress temperatures so I opt to use Prime95.  This way I’m providing the worst-case scenario for the coolers and during normal use and gaming you should see lower than what I get during stress.  For idle temperatures, it’s a much easier, though sometimes lengthier, process.  Idle temperatures on the coolers were taken 20 minutes after a cold boot.  This is to allow ample time for everything to settle to a consistent state.  The only program started is the hardware monitor to read the final temperatures after the 20 minutes have elapsed.  Lastly, all temperatures are reported as a delta of ambient temperature since we all keep rooms at a different temperature. It's the best way I’ve found to report results that could be kept consistent across multiple climates. 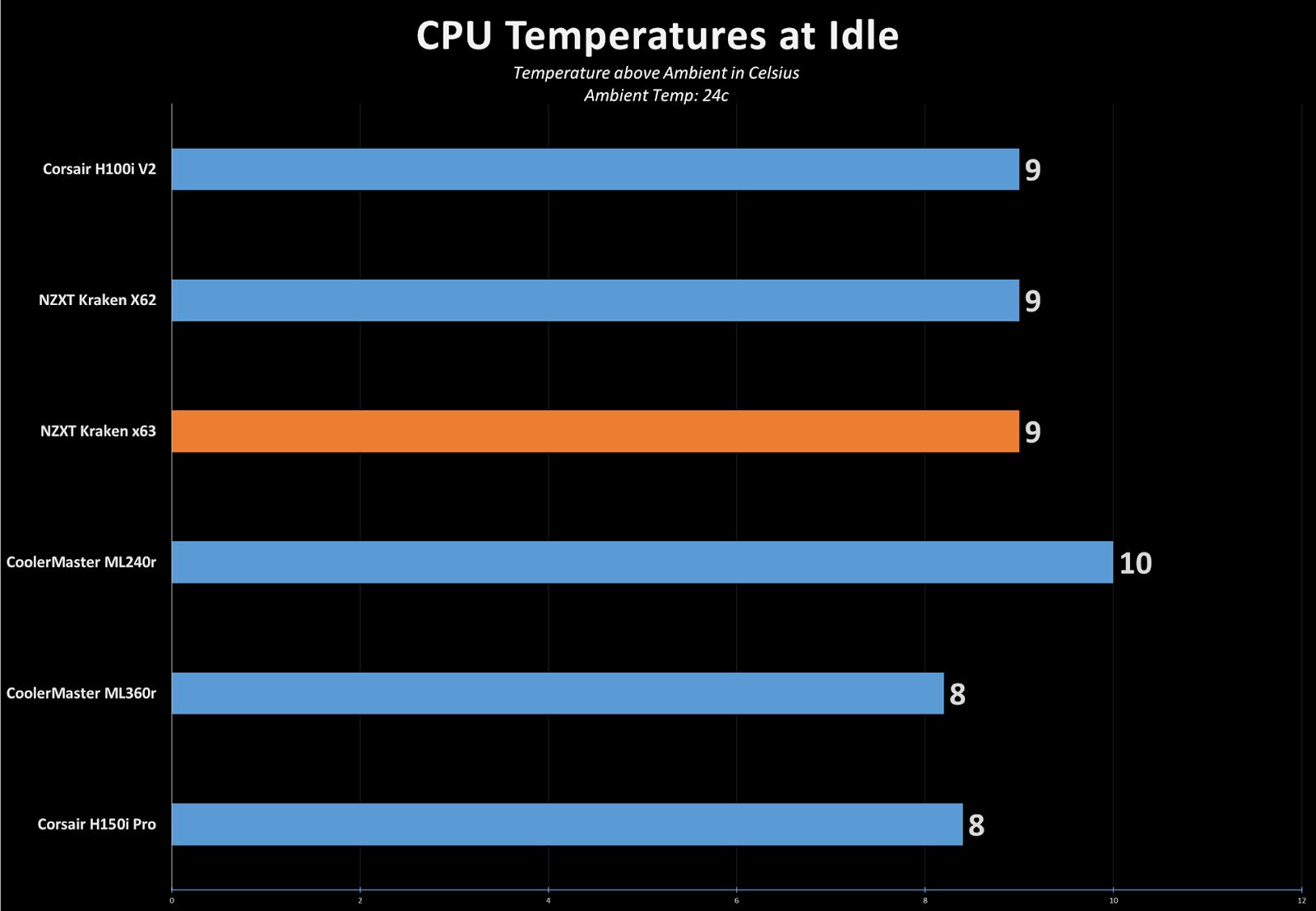 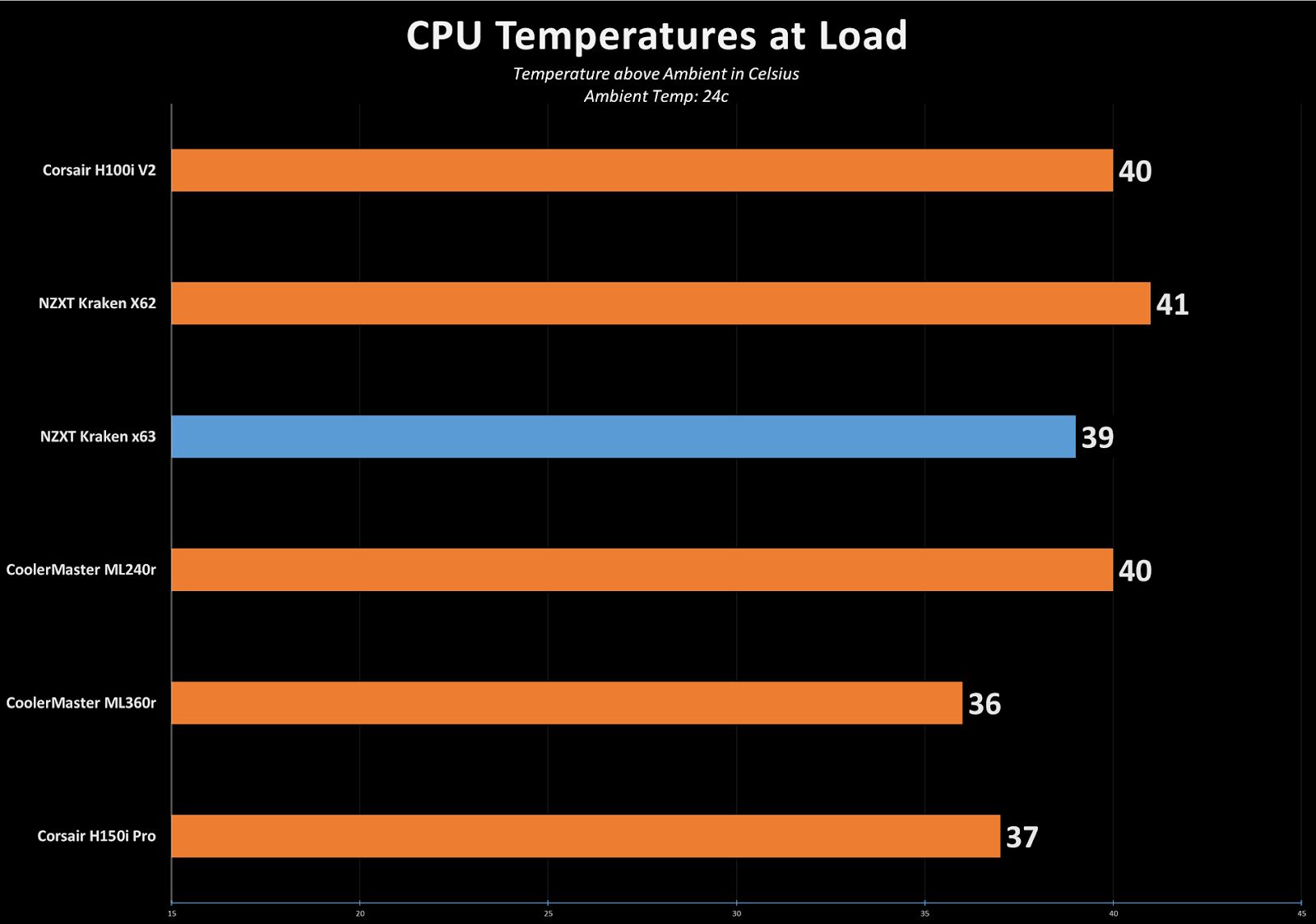 True to my expectations and experience we don’t see a whole lot of variance at idle.  When nothing is going on most coolers will be able to get the CPU to around the same temperature.  The differences start to take a different shape when a load is applied, however.  Keep in mind that as the ML360r and H150i Pro are both 360mm radiators, both are expected to perform better than the other dual-fan configurations.  Where the Kraken X63 shines versus it’s competition is with the slight surface area advantage it has over the other coolers. The X63 features a larger radiator to accommodate the dual 140mm fans means more fins and surface area giving it better cooling ability than it’s slightly smaller x62 brother.  The Aer p140 fans pull their weight as well pulling air through the radiator and remaining relatively quiet even at load.

I won’t beat around the bush: I really like this cooler.  I think what NZXT has done with the pump/block in terms of the infinity mirror LED setup is sleek, unique, and set apart from the rest by the 360° rotation that was smartly included in the design.  The tubes are firm and yet more malleable and flexible than others I’ve used and their length allows for the radiator to be placed in a variety of configurations.  My only real gripe is the awkward SATA/Power/LED connection cable.  I found it awkward to route and hard to hide though, luckily for me, my motherboard is dark enough that it doesn’t detract from the overall look.  Bottom line - if you like the look and have a case that supports the 280mm variant of an AIO you won’t go wrong picking up the Kraken X63.

The product discussed in this article was provided by the manufacturer for the purposes of review.
8.0Great
Pros
Cons
Tags
NZXT
PC Building
AIOs