There are a headful of us here at MMORPG.com that absolutely love audio gear! From Emmy Award-winning headphones to DACs, from audio interfaces and broadcasting mics, watching the points of intersection between gaming and audio becoming less of a rarity is pretty exciting. So, when NZXT revealed this unexpected entry into their growing catalog of PC parts, we had to check it out.

Join us as we take a closer look (and listen) to the NZXT Capsule Cardioid USB Microphone!

Back in 2019, we started to get pretty excited when NZXT announced the AER Headset, STND, and MXER audio ecosystem. The photos of the products held true to NZXT’s fashionable sensibilities: minimalistically matte and simply gorgeous. Unfortunately, they never made it past quality control. Not to be deterred, NZXT has officially made a step in the audio space with the Capsule Cardioid USB Mic.

Staying true to themselves and their design philosophy, the NZXT Capsule is simplistic in both design and features. Available in Black or White, Capsule’s components are housed within a shell that resembles their iconic PC cases with an LED ring at the base.  When powered, the LED turns red when muted and white while unmuted. The mic can be muted by pressing the microphone gain knob - the top-most of the only two controls that exists on the Capsule. 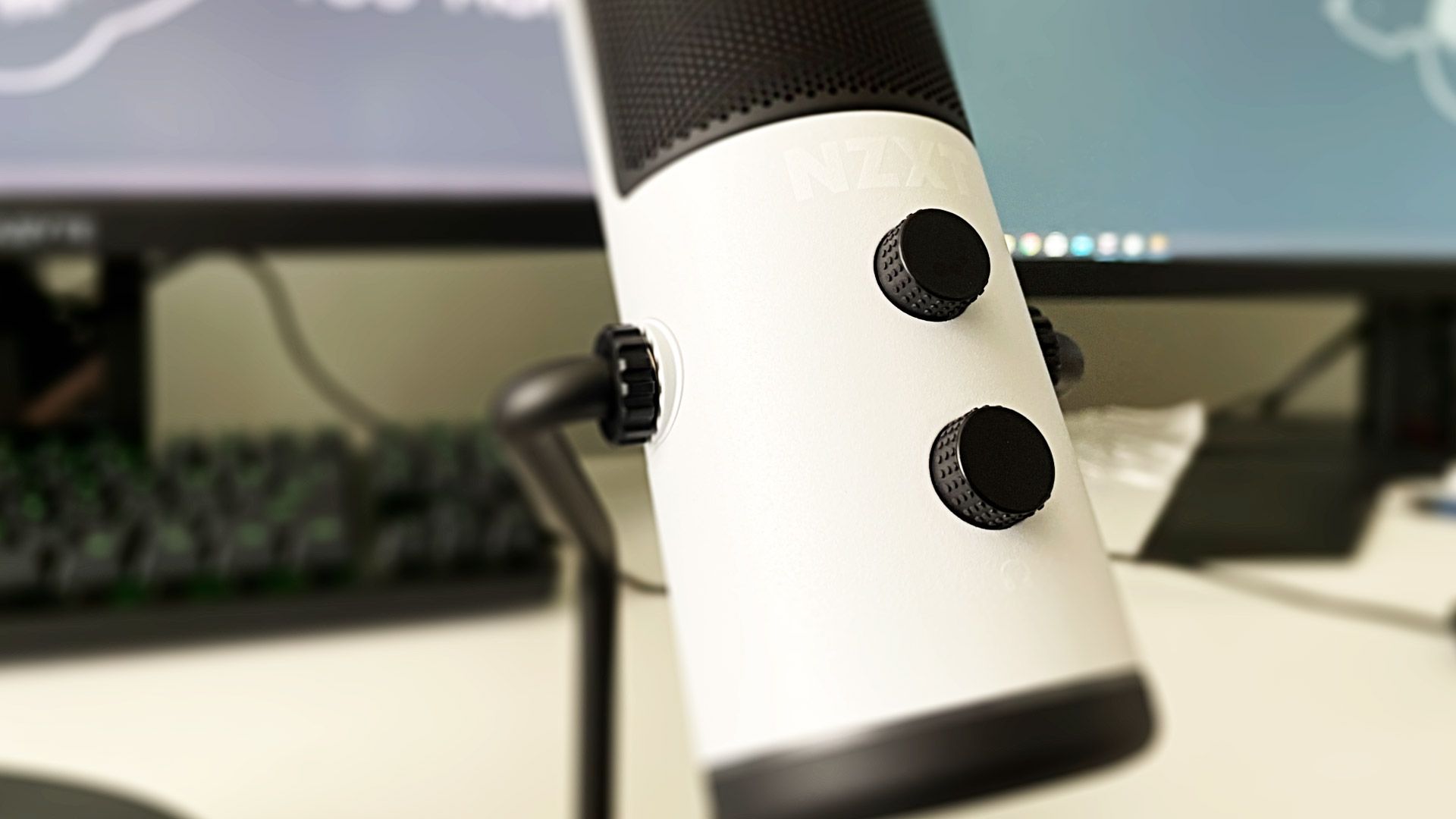 You read that right: Capsule has two controls: microphone gain and headset volume. That’s it… no software, no fancy presets - just one out-of-the-box setting with the ability to tweak the gain. And, honestly, if you don’t care about any of that… that isn’t necessarily a bad thing.

Here is what I mean:

When it comes to audio gear - specifically microphones, users can get so over inundated with options that, with enough finesse, can make the user sound good. It also makes it just as easy to sound really bad. NZXT takes that option off the table by giving you one option. I don’t believe that option is a flat, lifeless signal because the Capsule does a pretty good job of capturing audio. The internal capsule has been specifically tuned to bring the user’s voice to the forefront.

Take a listen for yourself:

To my ear, it also sounds like there is some soft noise gating built in to cut down on background noise. If this is the case - which would be smart for any condenser mic, giving the Capsule a solid box-to-desktop experience. There are some instances when the clipping is a little aggressive - you can hear some slight popping.

Going back to the simplicity of the Capsule, the control layout makes for easy, on the fly tuning. The knobs have a soft turn and rubber nubs, so dialing in the right amount of gain or your perfect volume for monitoring is pretty easy. Rotating 360 degrees, these controls operate on a finite, but adequate spectrum for a device like this.

The Capsule ships with a USB-C to USB-A cable as well as a removable, weighted desk stand, replacement cover, and mounting adaptor for the aforementioned NZXT Boom Arm. At the time of writing this review, the Boom Arm was not available, but we will be updating this review once we get our hands on one! 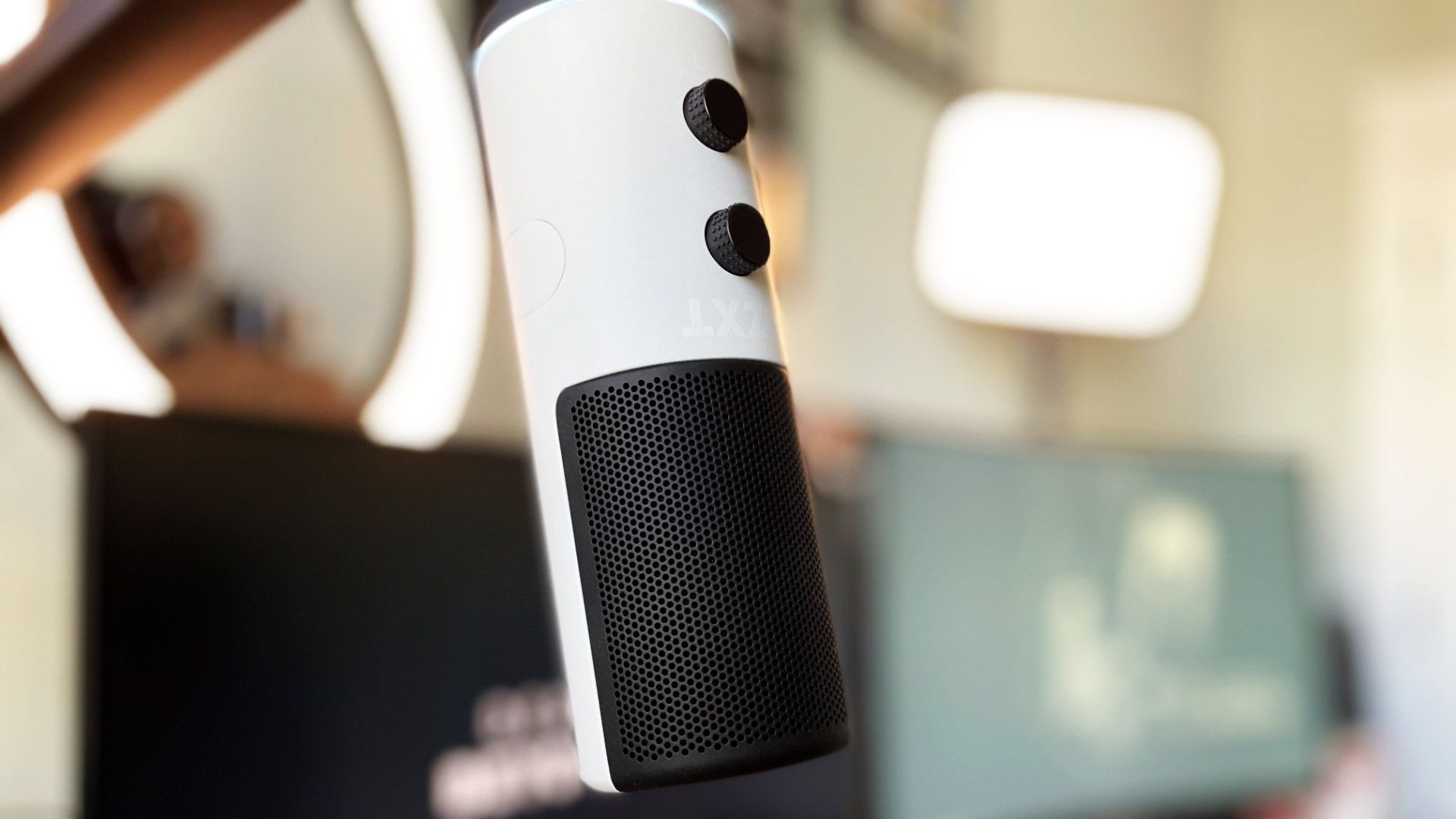 The NZXT Capsule closely follows the tradition laid out by NZXT: a simple product with a clean design that does exactly what it is supposed to. In this case, it is a leak USB microphone that captures audio and does a decent job as an entry-level microphone. Don’t take that as a criticism; the Capsule is not intended to be a replacement for broadcast-quality gear.

I think NZXT describes it well when they said in their PR blast that, with the Capsule, they “wanted to focus on giving gamers and streamers what they truly need.” And, what, exactly, is that? It is a means of communication -capturing the user's voice clearly without a ton of background noise.

To that end, the Capsule does what it intends to do without any extras getting in the way. As much as this is a good thing for novice users, the downside is that the Capsule is not terribly versatile when the conditions for voice capture change. Having some software control over EQ and noise gate would help solve this dilemma for the Capsule.

With all of this in mind, if you are looking for a microphone that is truly plug-play-and-forget-about-it, the NZXT Capsule does a great job of doing just that. Carrying on NZXT's tradition of simple and clean design, this microphone has a tailored voice set up to ensure the end-user won’t get lost in a sea of settings.

The product discussed in this article was provided by the manufacturer for the purposes of review.
7.5Good
Pros
Cons
Tags
NZXT
streaming
microphones
streaming gear