Moondrop has made some of the most interesting and hyped earphones over the last several years. Today, we’re taking a look at a product which breaks new ground for the company with the Moondrop Sparks, a true wireless IEM coming in at only $89. It features high-resolution aptX playback, eight hours of battery life, and one of the neatest designs we’ve seen on a true wireless earbud. Are they worth a buy?

The Sparks are much more of an IEM than a typical true wireless earbud. They feature a universal IEM shape with long nozzles to securely fit in the ear canal. Inside their stylized shells, they’re driven by a 6mm dynamic driver plated in beryllium for added responsiveness and detail. Moondrop is also claiming improvements to the magnetic circuit to improve the level of detail they’re able to provide. While I’m not technically-minded enough to know the intricacies of IEM development, greater efficiency is generally a good thing and can provide tuning headroom which seems to be the case here.

If beryllium-coated drivers weren’t enough to indicate that sound quality is the premium here, Moondrop has also equipped them with aptX Adaptive and aptX decoding, in addition to the standard AAC and SBC playback. Compared to standard bluetooth audio, aptX offers wider bandwidth so wireless audio can come through without the same degree of lossy compression found on normal bluetooth earbuds. 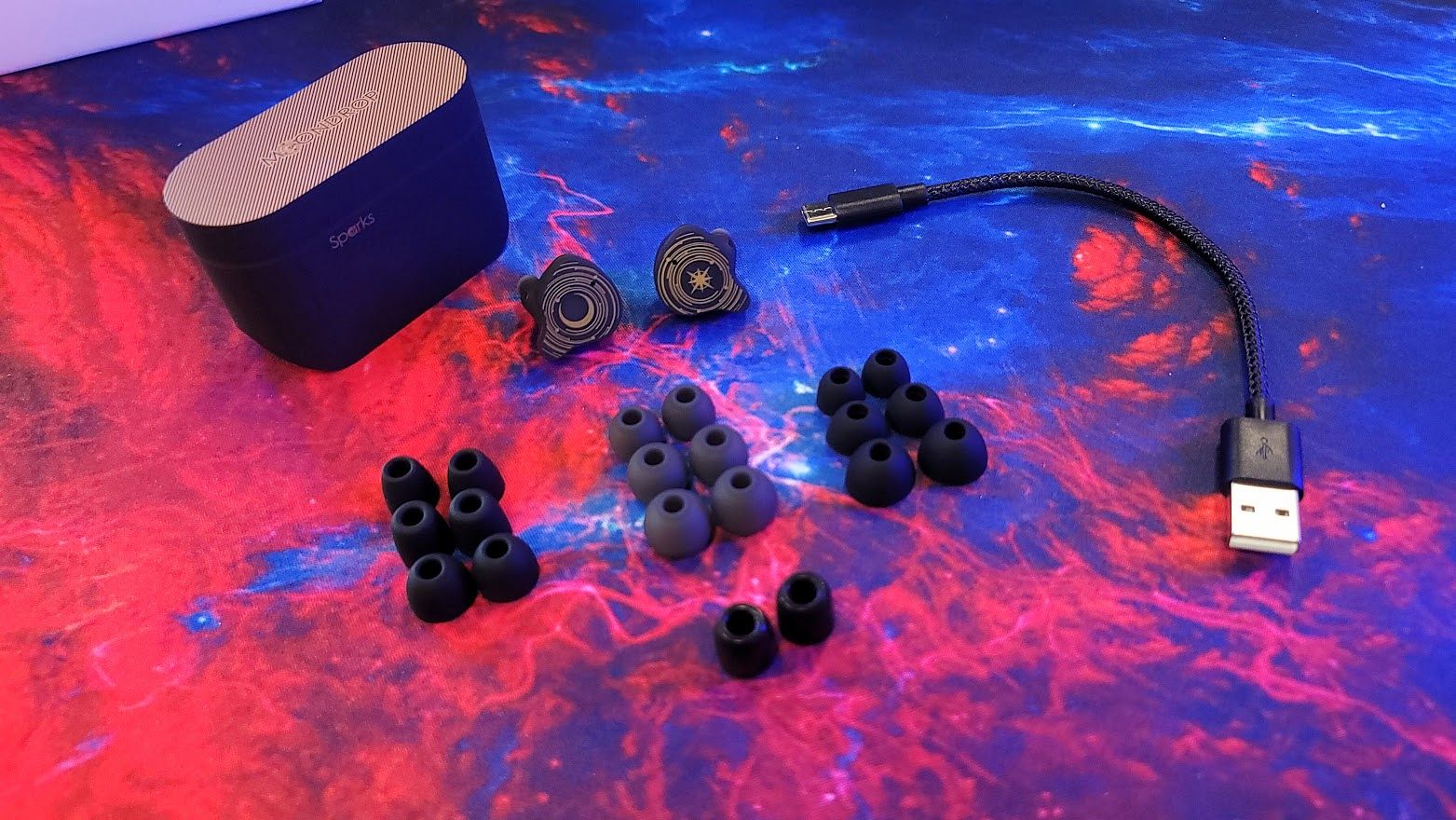 The earbuds themselves are some of the most unique I’ve seen. I was sent the black version which features mystic-themed art in stylish art on the outer shells. This version also features smoked black plastic which matches the storage case. Interestingly, both the case and each earbud feature built-in LEDs to indicate charging and pairing status that illuminate a much wider area than normal. The charge-indicator on the case looks almost like a candle with its soft-white glow. I much prefer it versus the bright blue or red lights many cases feature glowing away on my bedside stand. Still, it becomes a nightlight in the dark and there doesn’t seem to be a way to turn the light off when plugged in, which is worth keeping in mind if you like total darkness at night.

Interestingly, the case charge indicator also stays lit whenever it’s charging the buds. This is something I don’t particularly like because if you take your earbuds in or out throughout the day, the LEDs will remain lit throughout much of the day. There are red LEDs built into the buds themselves that also illuminate when they’re charging (but only when the case is open) so it’s a bit redundant and wasteful of the battery. 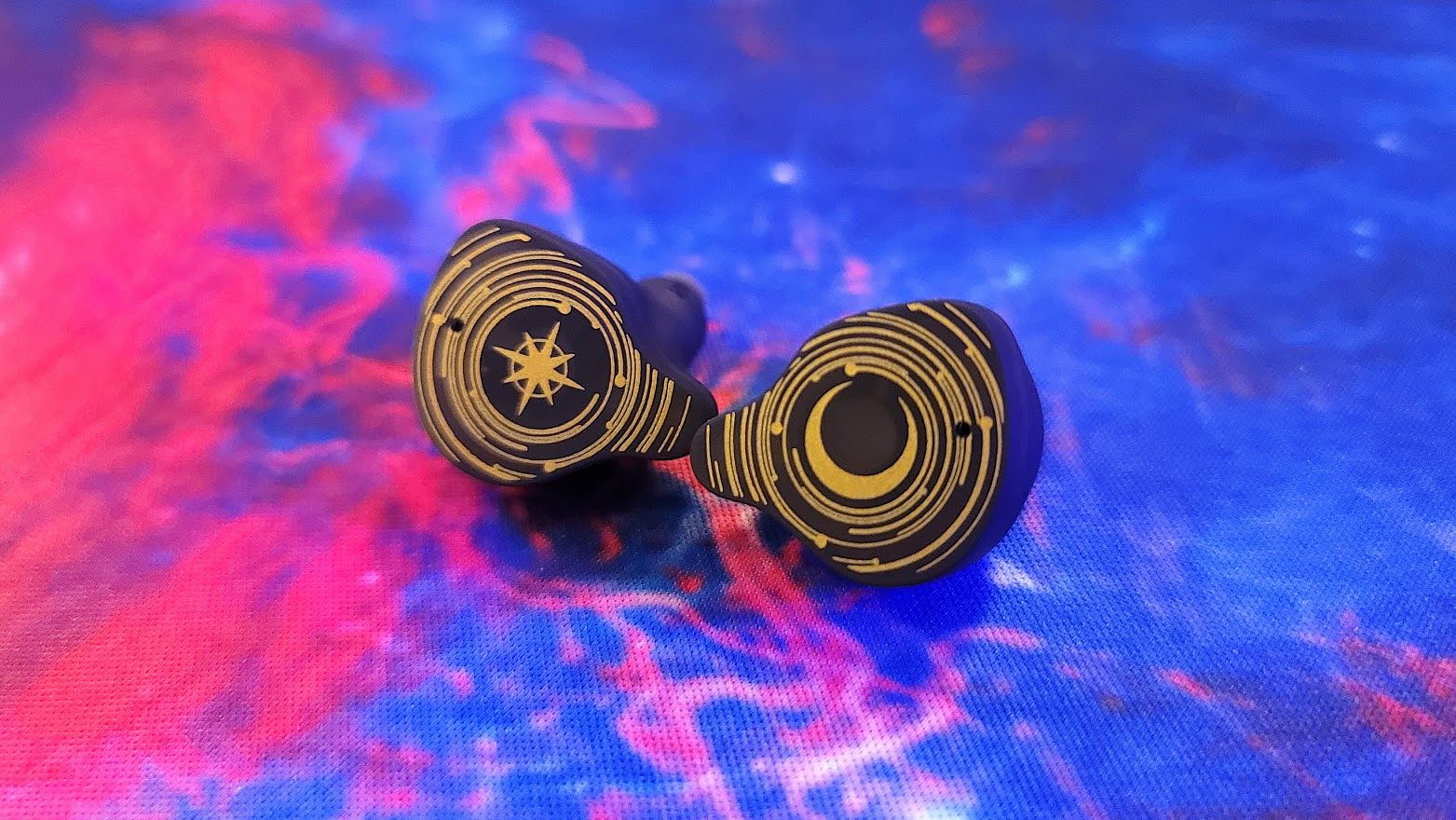 As is Moondrop custom, the unboxing experience is very good. There are plentiful extra ear tips. These include three different types of silicone tips and a single pair of memory foam tips. This turned out to be more important than most for me due to the Sparks’ fit. Each of the silicone tips feel softer or firmer under the finger and have modestly different sizing, so it’s worth taking the time to try each one out to find what works best for you. There’s also a nice braided charging cable.

As a wireless earbud, battery life is one of the most important factors and the Sparks’ are winners. Without advanced features like active noise canceling to drain the battery, they’re able to offer an impressive 8 hours of rated battery life, which jumps to 48 hours total with the built-in battery of the charging case. In my experience, I found the battery life closer to seven and a half hours, which is still good, if slightly short of the rated eight, which was likely done at 50% volume. As always, listening levels impact battery life.

The Sparks are a larger earbud, and the combination of size and long nozzle means that the bulk of their secureness in my ears came down to the tip in the ear canal. Despite the UIEM design, the poked out a bit too far to really leverage that design and would up just slightly resting on the back of my ear. As a a result, the tension on my ear canal eventually lead to soreness with the most secure tips. Swapping to one of the softer options in the box solved this issue but at the expense of the originally firm fit. 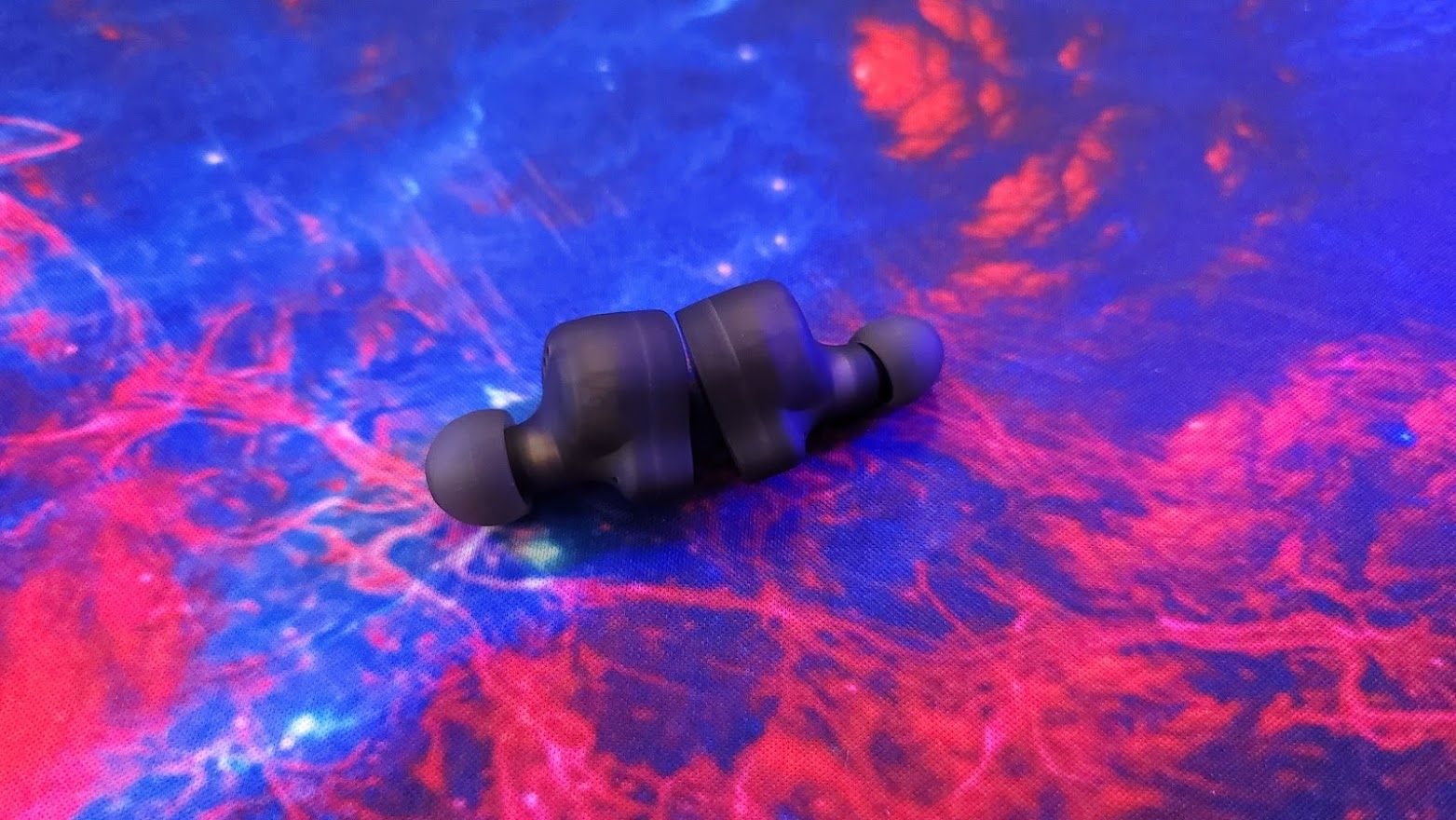 The point is that, for my size ear, it was rather difficult to get a fit I felt comfortable with. Thankfully, the case is pretty accommodating of different types of tips, so should work well with most aftermarket options.

The Sparks make use of the Hiby Blue app for sound customization, which means that the sound signature should be easily modified to suit your taste. Unfortunately, I could get the app to reveal any additional settings, though the issue seems to be unique to me. As a result, I left the buds on their default tuning and quite enjoyed them. 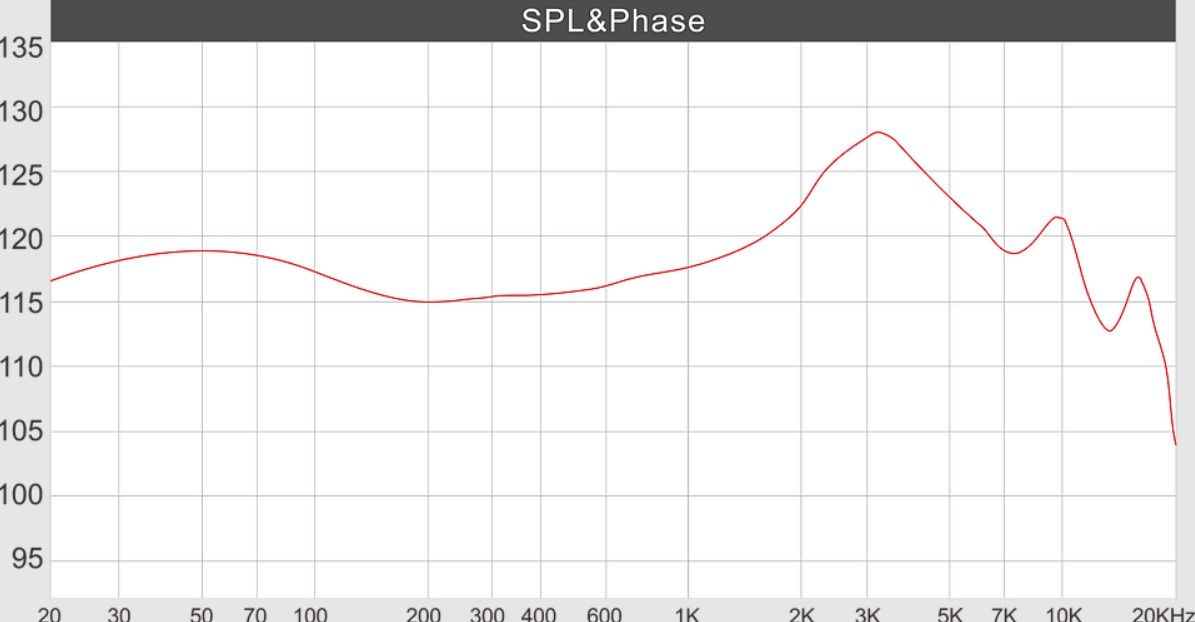 The Sparks are tuned to match Moondrop’s version of a Diffuse Field tuning. This is separate from the popular Harman Curve that follows popular taste in a given year and instead seeks to emulate how you might perceive sound if speakers surrounded you. In practice, this makes for a brighter tuning overall. The way it's applied here is quite good but can easily be changed if you want less sparkle and more thump using the Hiby App or your phone’s built-in equalizer (such as I had to do).

In testing, I didn’t see any need to adjust the EQ. In its default settings, the Sparks are very enjoyable. In fact, these earphones are some of the best sounding I’ve heard. They outperform the Samsung Galaxy Buds Pro in detail and soundstage, which are already a high water mark for true wireless buds, despite costing less than half the price. Some of this is attributable to the beryllium-coated driver but I think it’s apparent that Moondrop are just masters at their craft.

Looking at the frequency response graph, it would be easy to assume that the Sparks are overly bright but that’s just not the case. The real-world translation of that graph is that a lot of the middle-frequency sounds (which is the majority of what you’ll first notice in modern music) are audibly enhanced. It’s a common trait of true wireless buds that this range can sound compressed, but the Sparks have a surprising spaciousness to them. Sound sources have room to breathe, allowing you to hear greater detail. On sound alone, these earphones have no right costing $89 when they sound better than the Samsung Galaxy Buds Pro that cost twice as much (and were already a great-sounding set). 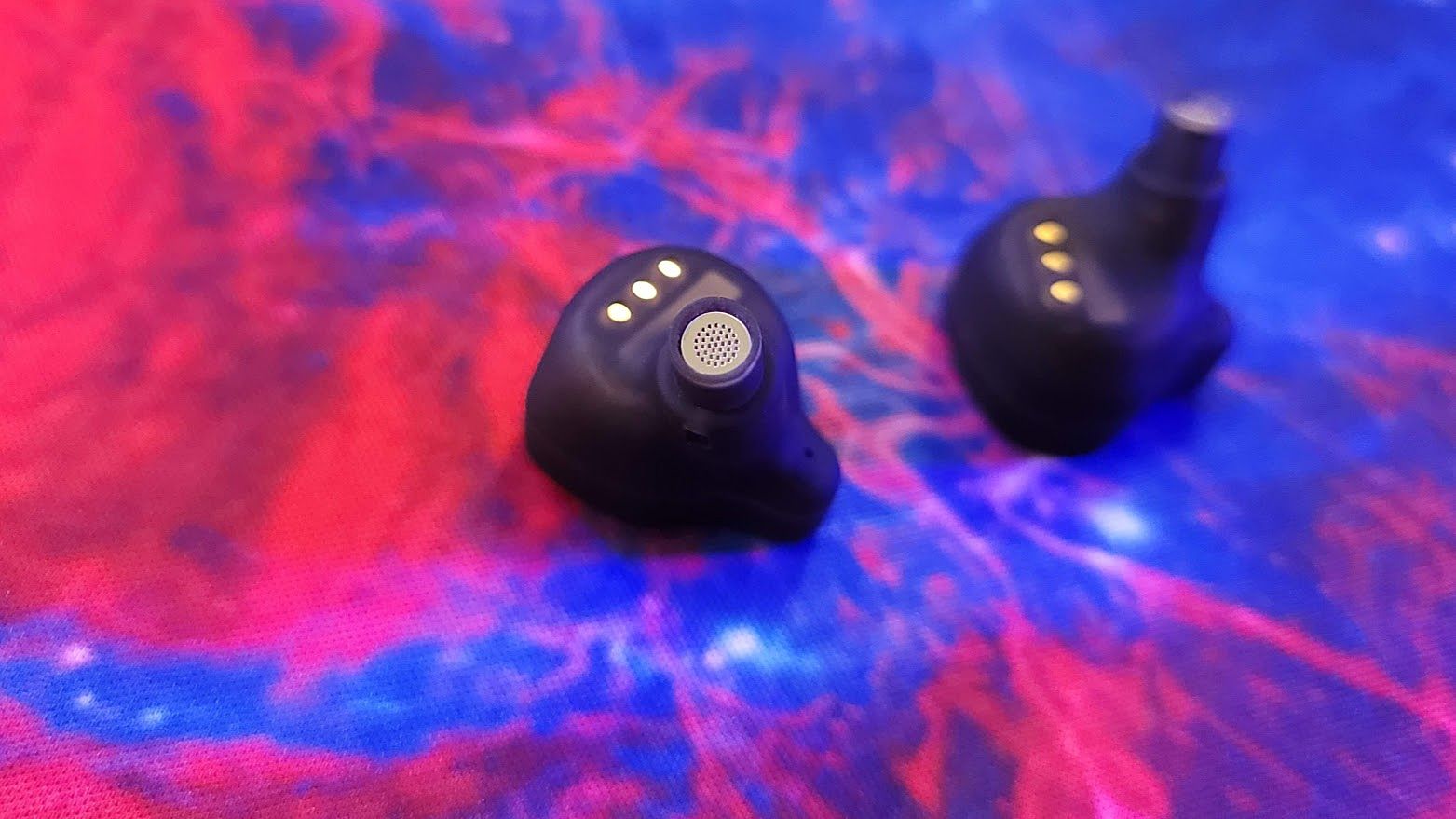 Bass isn’t anemic either. There’s a nice sub-bass push that lends the Sparks unexpected rumble. They’re reasonably fast, so bass hits are tight and controlled. Listening to a mix of electronica, metal, and gaming they have a realistic presentation with that subtle extra push to add a little extra fun to get you nodding your head or sinking deeper into your game.

All in all, the listening experience is really good. The abundance of chifi headphones at this price range makes it hard for anyone to say what is truly best, but if you like clarity and space that doesn’t tip toward fatigue, these are a very solid bet.

Actually living with the buds is easy, but you can tell that this is the company’s first foray into true wireless territory, and there’s a sense you’re trading features for that sound quality. For example, the Sparks feature touch controls for calls and media but there are no options for volume. Responsiveness is also hit or miss. Double-tapping with play/pause a track while triple-tapping will navigate to the next or previous track depending on the bud. Tapping too fast often lead to missed inputs and songs simply pausing instead of skipping. Add in the app mysteriously not working and the odd sizing and it’s enough to make clear that there is room for growth baked into the product. 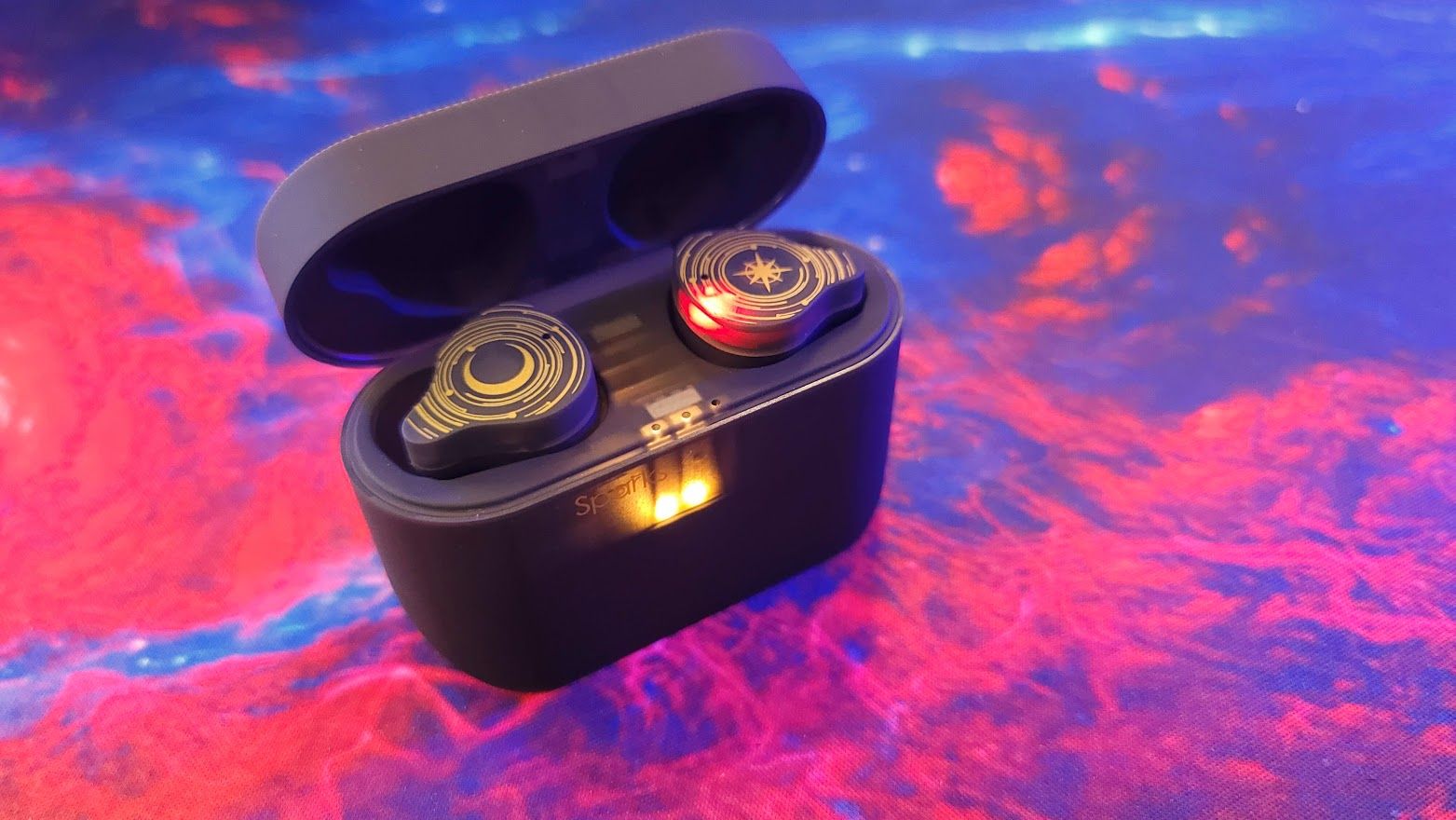 Despite the fair criticisms I’ve levied against its controls and rather large sizing, the Moondrop Sparks remain a great sounding true wireless earphone for the money. On sound alone, these give Jabra and Samsung a run for their money. If you don’t mind making a few sacrifices for that sound quality, these are a great way to elevate your mobile listening while also saving some hard-earned money.