Moondrop is one of the most popular brands in the earphone market, making major headway into the U.S. and European markets. The hype surrounding new products is real and few have been as exciting or highly anticipated as the Moondrop Alice, the company’s latest flagship pair of true wireless earbuds.

Designed with a “sound quality above all” philosophy and utilizing the same driver as the hit Moondrop KATO, these earphones work hard to earn their $189.99 cost of entry. And when it comes to sound quality, they’re winners. But, a lack of active noise cancellation, limited app support, and inconsistent touch controls make it a tough sell at this price.

Moondrop Alice - What Is It?

The Alice is Moondrop’s latest pair of true wireless earbuds, following up on last year’s popular Nekocake. While the Nekocake targeted the budget market, the Alice pulls out all the stops and is designed with sound quality first in mind. That impacts everything from the choice of the driver to the look, feel, and fit of the earbuds.

And these earbuds definitely look unique. They’re large, long, and highly contoured. They remind me a bit of the original Bose QuietComfort earbuds or the Sony WF-1000XM3. It flies in the face of the trend of true wireless earbuds getting smaller and more lightweight every year. The Moondrop Alice doesn’t concern itself with size, and that’s to its detriment.

But it’s for a good reason. Sound quality comes first with these earbuds, which is exactly why they’ve adopted such a unique design. The team modeled the acoustic structure after wired over-ear headphones, placing acoustics before battery or component placement. The design is also a reaction to the compressed nature of other true wireless earbuds, leaving millimeters of space for the sound-generating components. In Moondrop’s estimation, it’s a recipe for reduced sound quality.

The earbuds also use the same ultra-linear driver found in the Moondrop KATO, so there are no sacrifices being made in technical performance here. The driver was a performer and lead the KATO to high acclaim, so it’s quite a pleasant surprise to see it used again here. It uses a diamond-like carbon diaphragm for increased rigidity, adding speed and clarity to the listening experience, and is backed by a CCAW voice coil and a high-frequency wave guide to ensure a smooth, detailed listening experience. 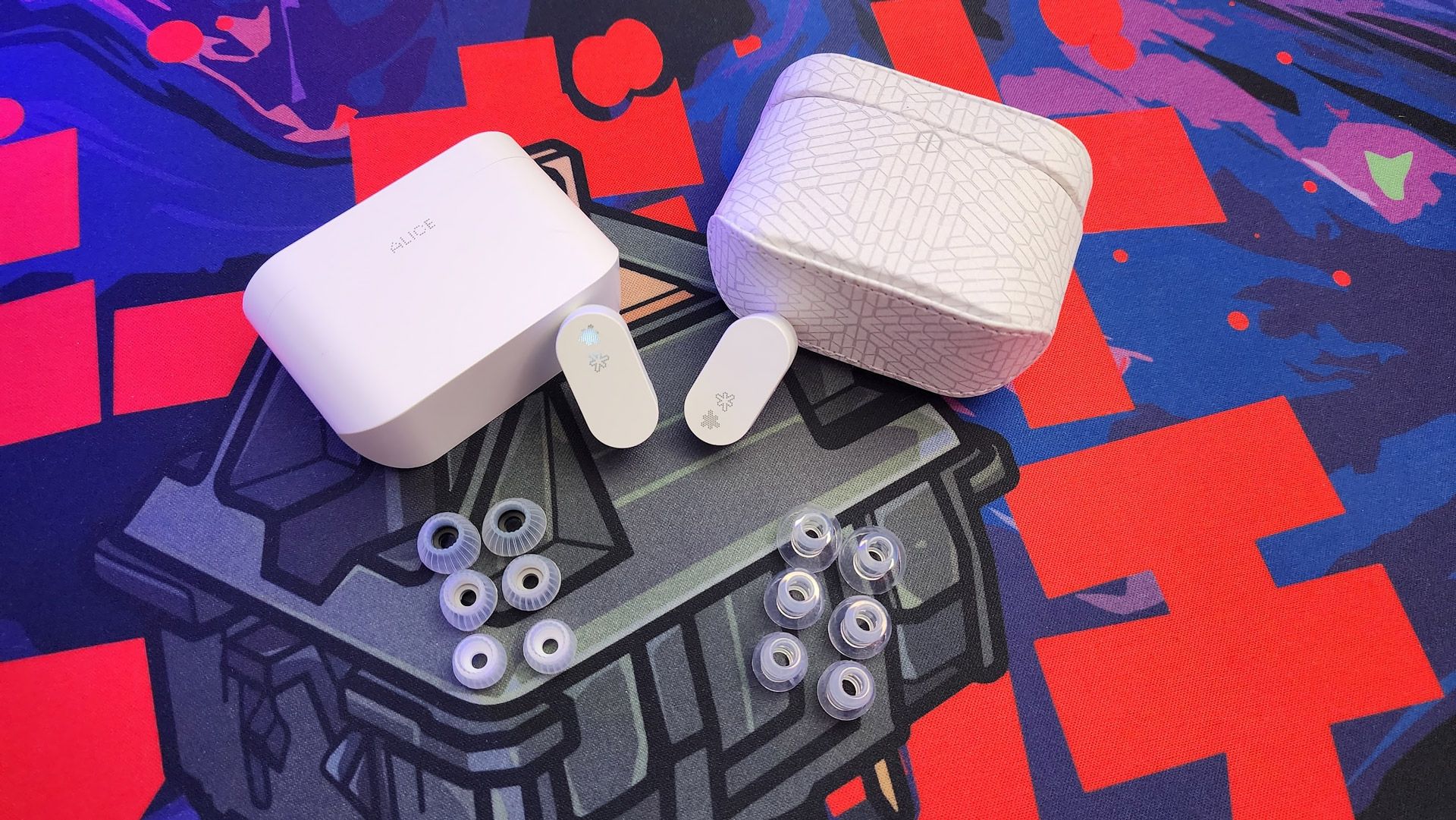 The earphones connect over Bluetooth 5.2 and support high-resolution aptX Adaptive playback for a wired-like listening experience. As per usual, Apple users will be limited to AAC, but if you’re on Android, you won’t be leaving much, if any, audio quality on the table.

Battery life is good at up to 8 hours depending on your volume level with another 40 hours being delivered by the charging case. These figures are usually quoted at 50% volume, which leads many other earbuds to underperform in real-world battery tests, but that’s not the case here. The Alice gets extraordinarily loud and anything above halfway is frankly uncomfortable, so eight hours proved to be realistic in my tests.

The case is rather large but still pocketable. Given the battery life extension it offers, that’s to be expected. Moondrop also includes a stylish case for your case — which tempts me to carry it in a briefcase for a case within a case within a case. It looks nice but isn’t very practical. It adds bulk to the package, stops the lid from opening all the way, and has a tendency for the lid to come off inside a bag. 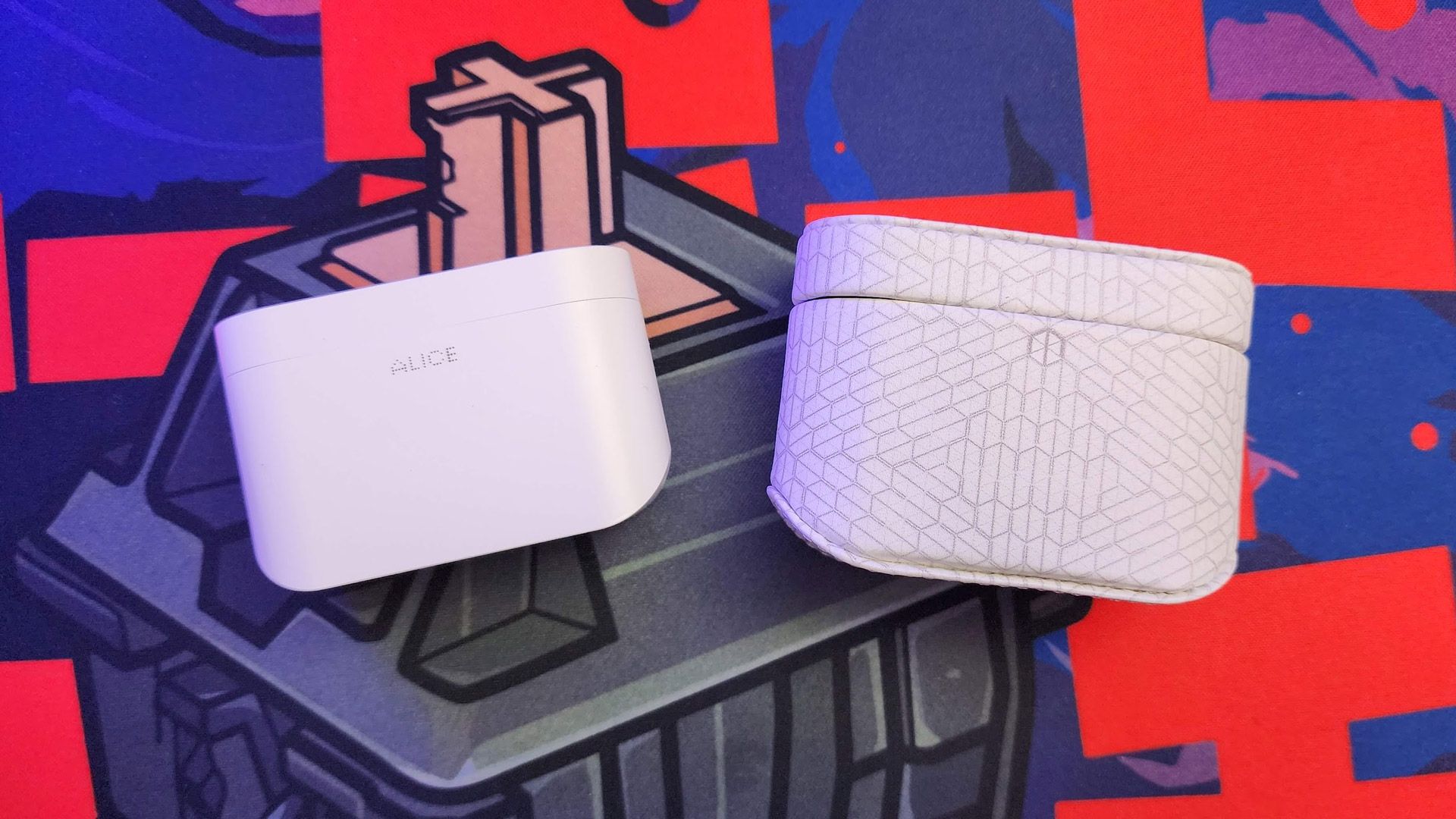 The buds are controlled via taps on either earbud. A single tap will play or pause tracks, double tap navigates tracks, a triple tap summons the virtual assistant, and so on. It’s a familiar system but works unreliably. The buds routinely mixed up my taps, pausing or navigating my tracks when I didn’t want them to. I had to learn to be very intentional and careful with how I spaced out my taps, which isn’t necessary on any other earbud I own in this price range.

The touch controls also serve another important purpose: letting you know which earbuds is which! Both buds look almost identical with no marking for the left or right. And since they have such a strange shape, it’s genuinely difficult to tell which side is which. I had to put them in and tap to change tracks to figure out left from right. After taking the photos for this review, I had to do this again and will likely have to any time I get them mixed up. 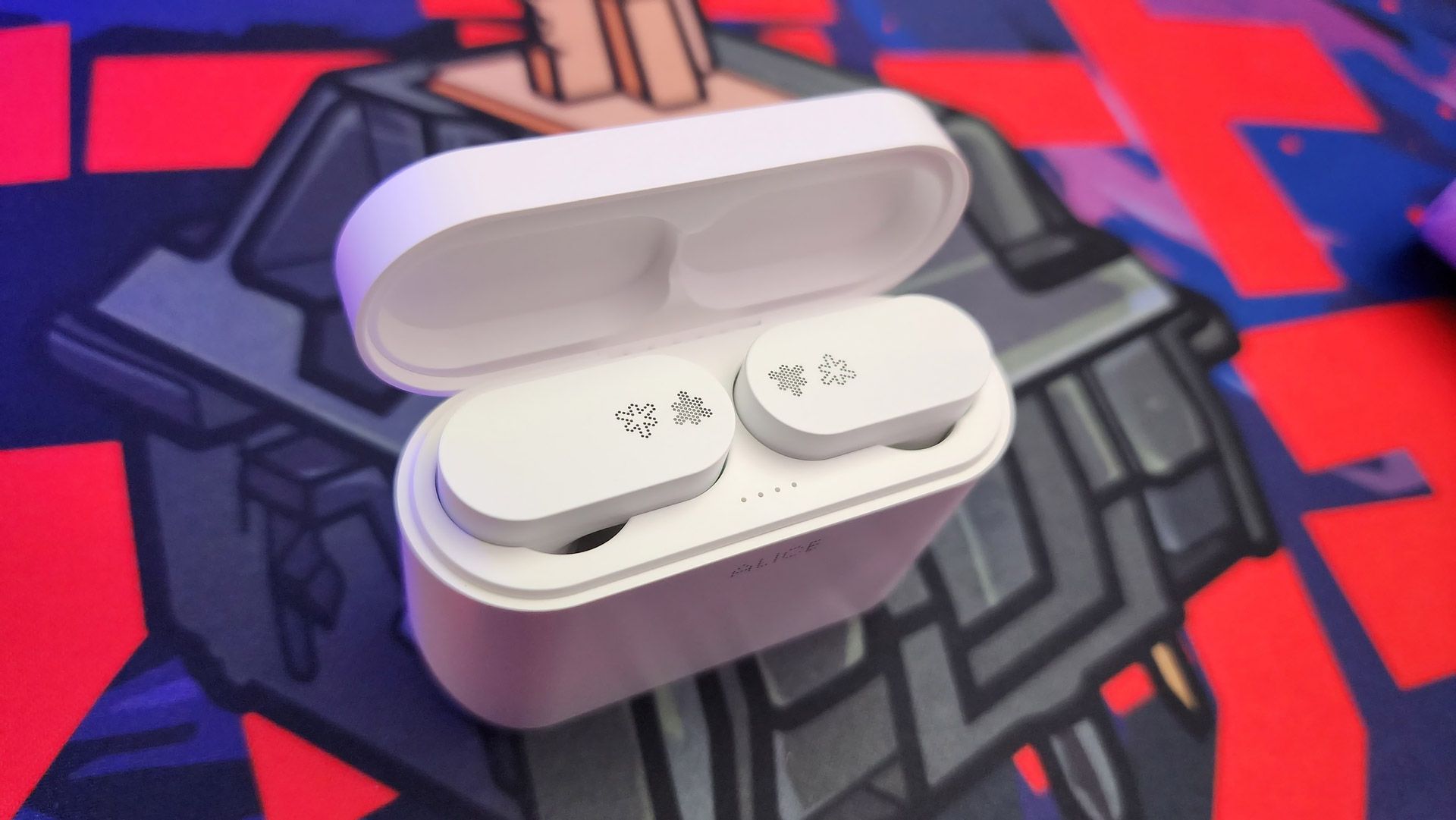 Then there’s the lack of active noise cancellation. Perhaps it would have impeded the acoustic structure, but at this price, ANC is really an expected feature — especially when brands like Earfun can offer it at less than half the price. There’s also no multipoint connectivity, wireless charging, or fast charging. Ouch.

To their credit, call quality is good. In test recordings and real phone calls, the buds were able to isolate my voice from surrounding noise so that I could be understood. They were beaten out by the Soundcore Liberty 4s, but taking and making calls is no issue at all.

So, it’s a mixed bag. In terms of their overall design, there are some major issues here that shouldn’t exist at this price point. But it’s all in the name of sound, so let’s get into what it’s like to listen to these earbuds for music and games, and to live with them every day.

Moondrop Alice - Listening and Daily Use

First things first: fit and comfort. This is going to be very hit or miss depending on your anatomy. The strange, bulky shape of the Alice means that they’re going to stick out of your ears a bit. They also have wide nozzles and a reasonably deep insertion depth. For me, that meant that they fit well in my right ear and would routinely come loose in my left, even with a smaller tip on that ear. Neither earbud was uncomfortable, but having to reseat my left ear so often was troubling.

Thankfully, the earbuds sound great. Moondrop knows how to design a great-sounding pair of earbuds, and the Alice is no exception. What’s more, thanks to its built-in digital sound processor (DSP), it’s able to offer a wide array of different listening experiences with preset EQs. The app also offers a 5-band parametric equalizer for even more in-depth sound crafting. 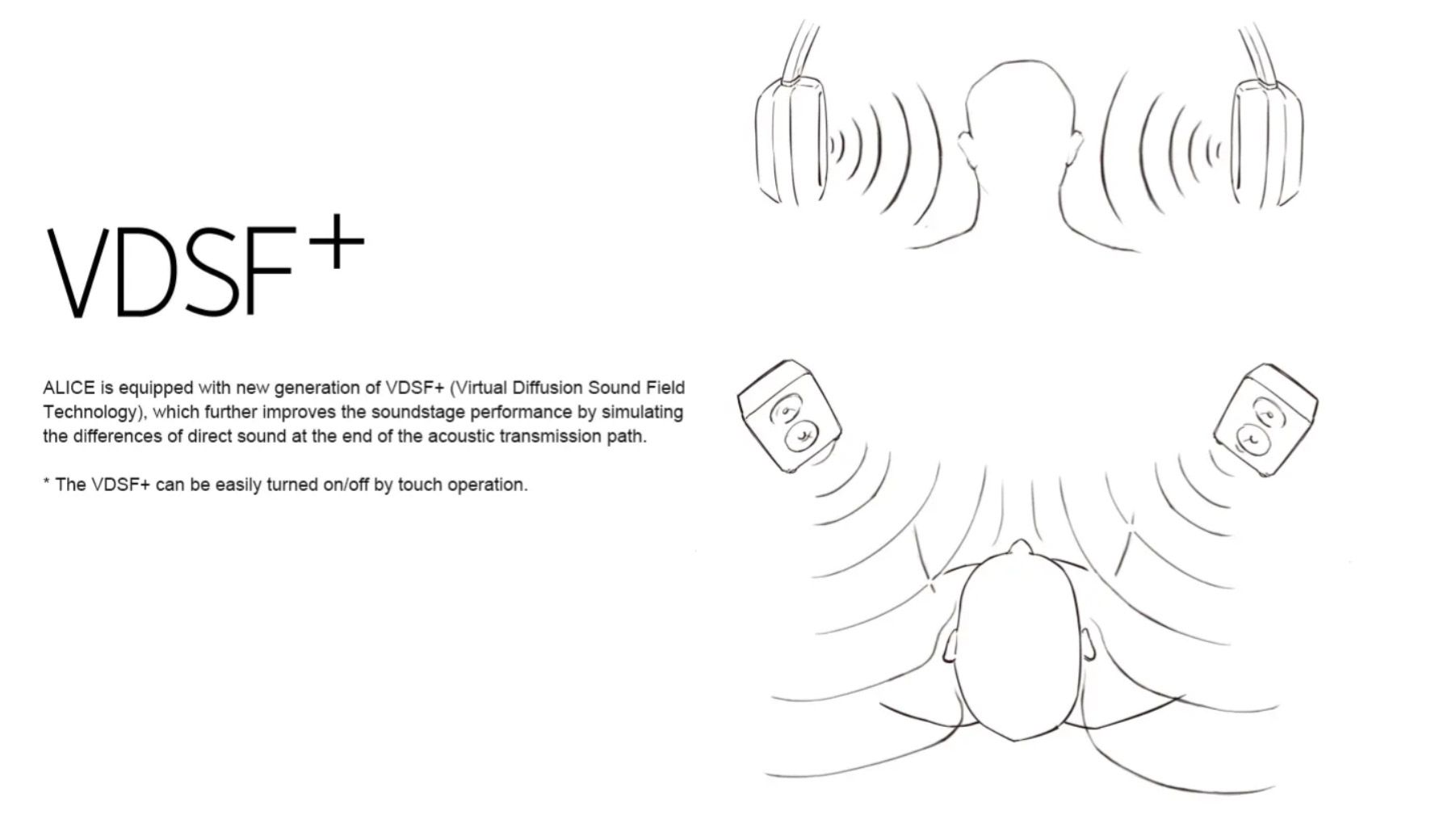 There are ten different EQ presets, each one modeled after an unnamed famous headphone. By default, they come set to the “Moondrop Target,” which is based on the Virtual Diffusion Sound Field (VSDF) tuning used throughout the rest of its line-up. This tuning aims to simulate sound as if it were coming from speakers further out in the room rather than earbuds or headphones around your head. The DSP chip also enhances the Alice’s ability to deliver a wide soundstage. 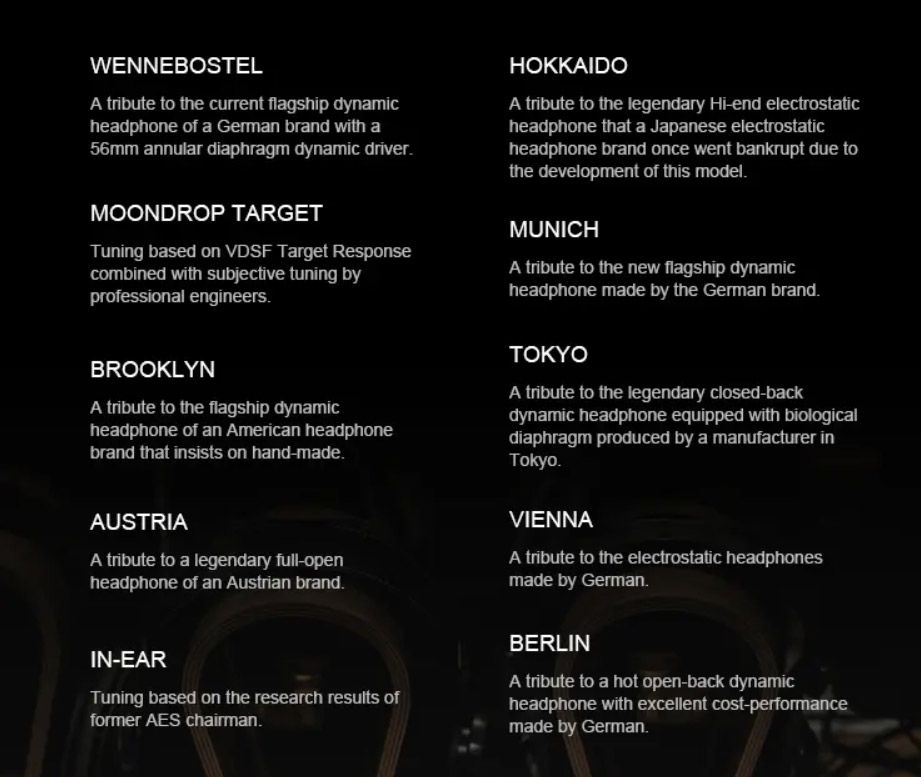 This stock tuning is detail-rich and spacious but rather bass-light. There’s more of an emphasis on sub-bass rumble than mid-bass (bass guitars, synths, etc), so there’s some light punch but not much thrum. The mids are natural and smooth. The highs are crisp and airy without sounding sharp. It’s a nice, audiophile-centric tuning that allows you to dig into detail with an added sense of space to your listening.

The layering and dynamics are very good with this tuning. You’ll be able to hear even minor details and the earbuds do a good job of giving each sound layer extra space compared to most other true wireless earbuds. This also makes it a better fit for gaming, though the Bluetooth delay is noticeable enough that I wouldn’t recommend it for this.

If you’re looking for a little more bass in your sound, the In-Ear or Munich targets are good alternatives. It’s worth trying all of the presets though because each provides a different listening experience that accentuates different parts of the track. For my taste, I only really enjoyed the Moondrop and In-Ear Targets, and Munich for added bass punch. 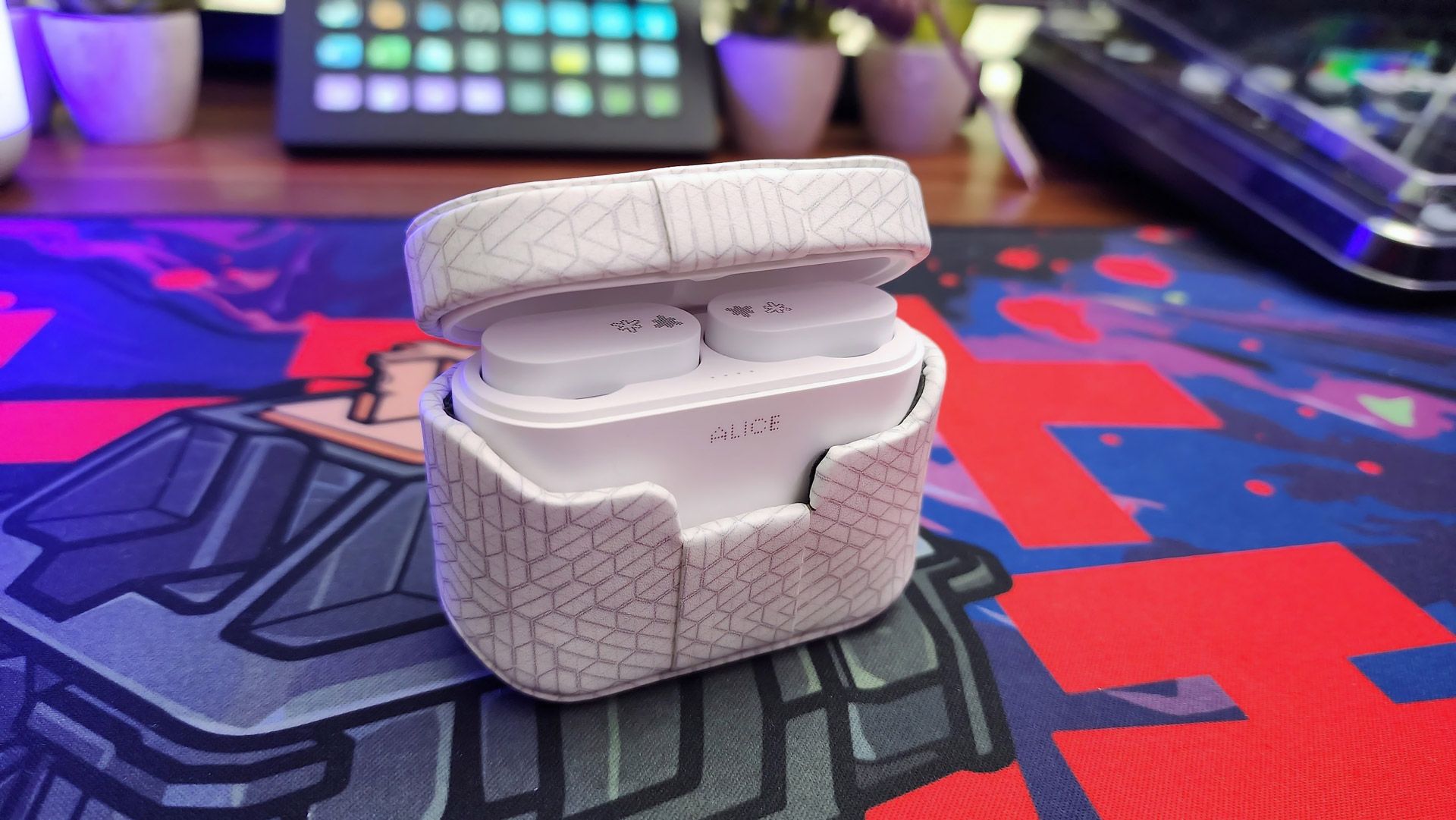 The app also provides firmware updates and they’re critically important for fixing up launch issues. Out of the box, there’s a noticeable amount of white noise under tracks that, while not completely removed, is much better after a firmware update.

Given how important it is, it’s important to highlight that the Play Store version of the app is outdated and does not support the Moondrop Alice. That version of the app can recognize the earbuds, which makes it even more confusing, but there are no EQ options, and attempting to update the firmware fails without providing a reason why. Instead, you’ll need to download the APK from Moondrop’s website, which will then prompt you to update the app through another third-party site. That’s troubling from a pair of earbuds designed to compete with other heavy-hitters in the true wireless earbud space. 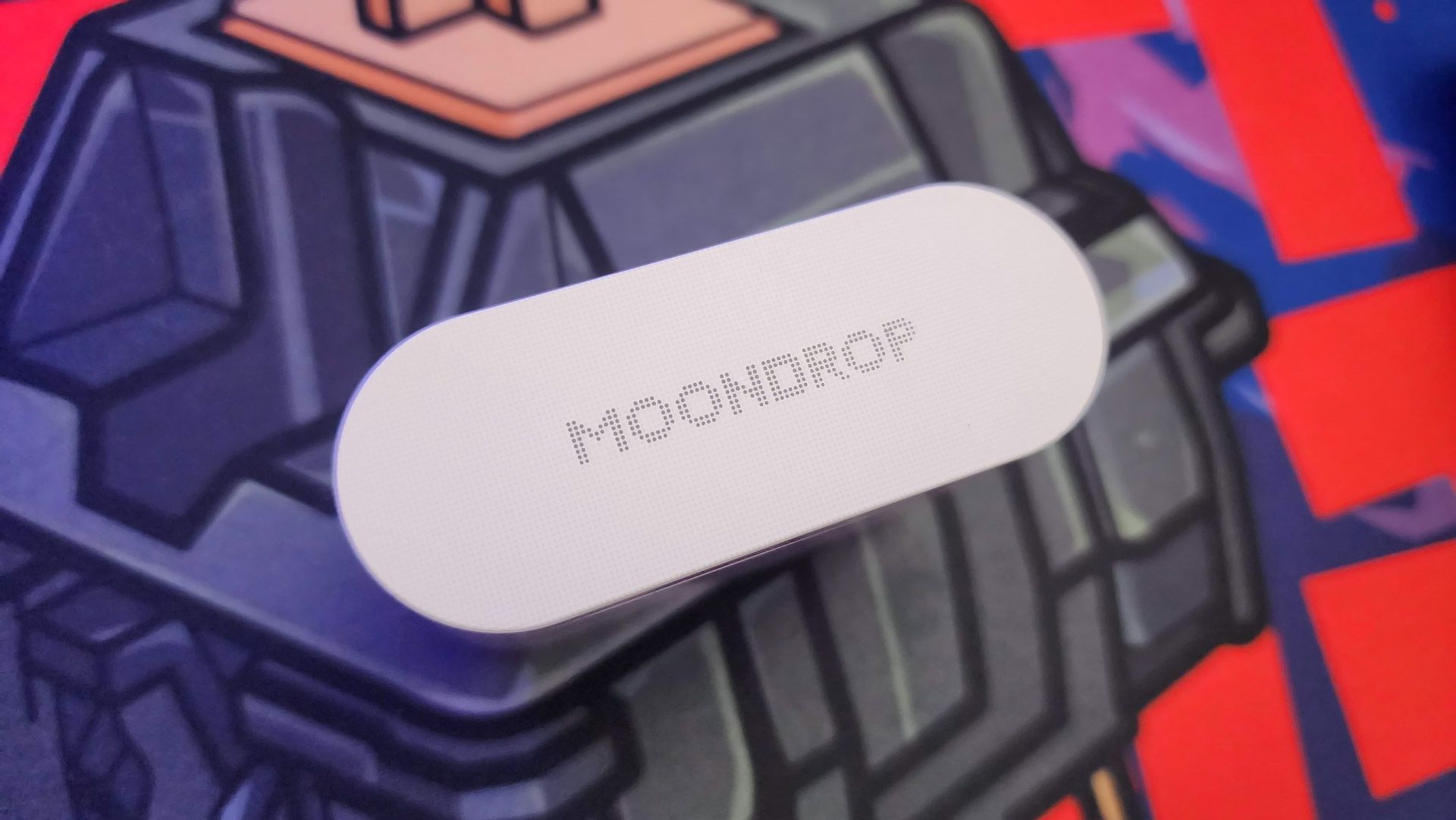 So, what we have here is a pair of earbuds that sounds great and stumbles on many fundamentals. Coming up with a final score is especially difficult here because, for music listening, they really do sound great. But there are too many trade-offs to make them a recommendation for all but the Moondrop faithful. Fit, tap inconsistency, missing features, and app woes are all important caveats to getting that first-rate true wireless audio experience. If all you care about is sound quality and don’t mind overcoming these hurdles, they deliver. If you care about the whole experience, there are better options out there.