The brand name Maono, meaning "Vision" in Swahili, has a fairly simple but interesting history. Having only been in operation for about six years now, Maono "believes Vision drives technology and focuses on professional audio products innovation, especially for the fast-growing young generations who like to podcast themselves and share their moments on the internet." The name actually came from Alex, the founder of Maono, who fell in love with the the richness of the African continent, the youth and energy of its people, as well as the diversity of its culture. When he asked the local people how to say "VISION" in their language, they responded "Maono", inspiring the young entrepreneur to start building a brand that would embody this youthful energy. Since then, Maono has launched several products and entered markets all over the world.

This week, we were given the opportunity to try out the Maono PD400X Dynamic Microphone that is currently available for pre-order. It's one of Maono's most premium mics to date. Does it have what it takes to earn its cost of entry? 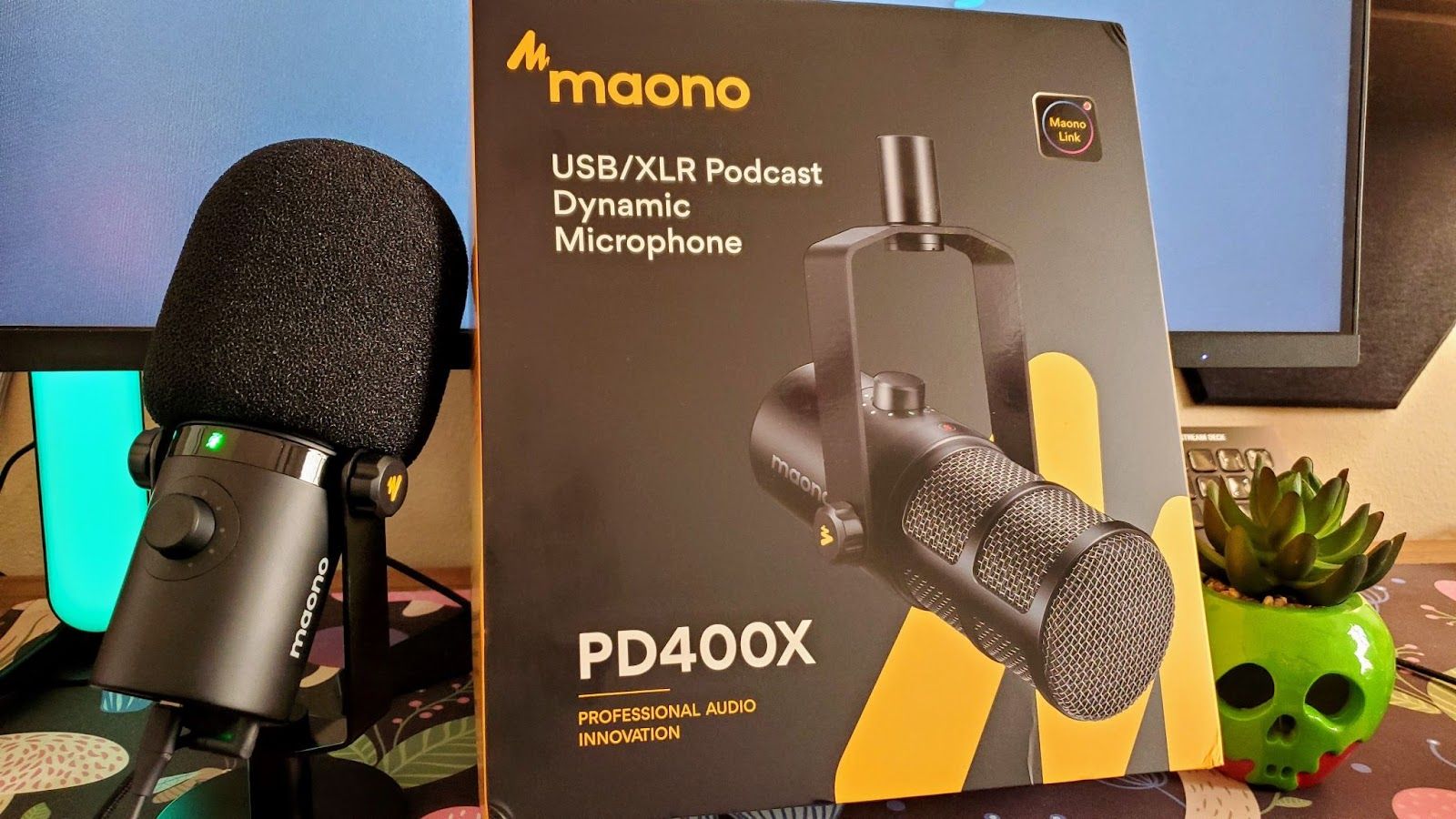 Packaging is always important in my eyes, because it's the first thing you encounter when you're trying out a new product. First impressions do matter when you're trying to convey what your company stands for to a consumer. I was pleasantly surprised when I received this microphone in the mail, for two reasons. One, earlier that day my headset microphone had just decided to give up on me and I could no longer interact with my online friends in Discord. Two, the packaging caught me off guard. 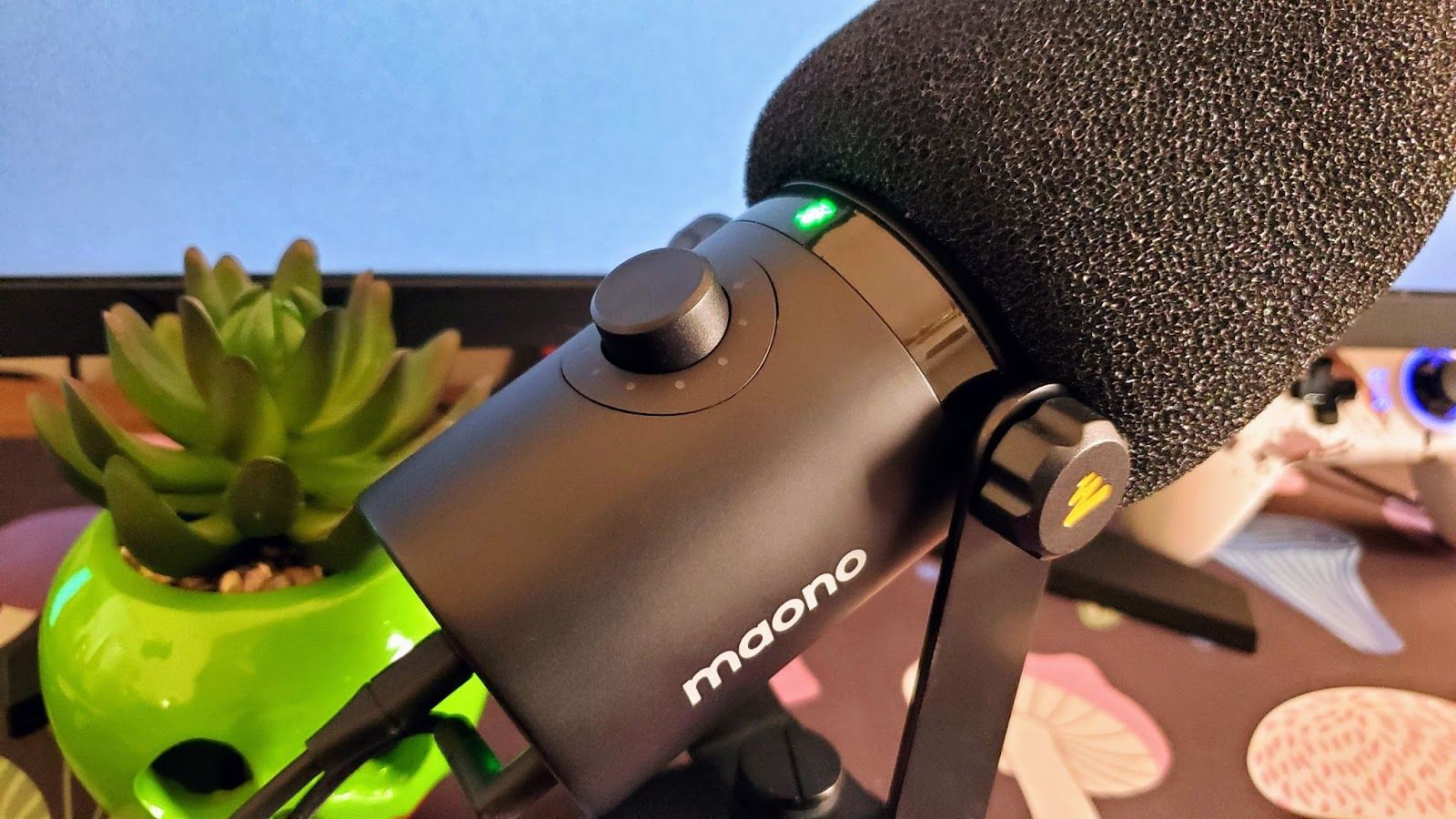 To say that it couldn't have come at a better time is an understatement. I was so excited to use the microphone but ended up pausing to appreciate the packaging. Wrapped in a soft sleeve with glossy pictures, the bright yellow box was heavy and fairly durable. Sliding the box off, I noticed a few dents and nicks around the edges from transit but it didn't bother me too much. I was still impressed with how the product was presented. The PD400X was packed gently inside with thick foam and came with everything you would need to get set up recording immediately like the USB-C and XLR cables. The microphone also came pre-assembled, sitting comfortably on a table mount so you could just plug and go. It's hard to accurately describe what the packaging experience felt like without using the word: luxurious. There was so much care put into just the *experience* of opening the box and it made me feel like I had a serious, professional piece of equipment in my hands. 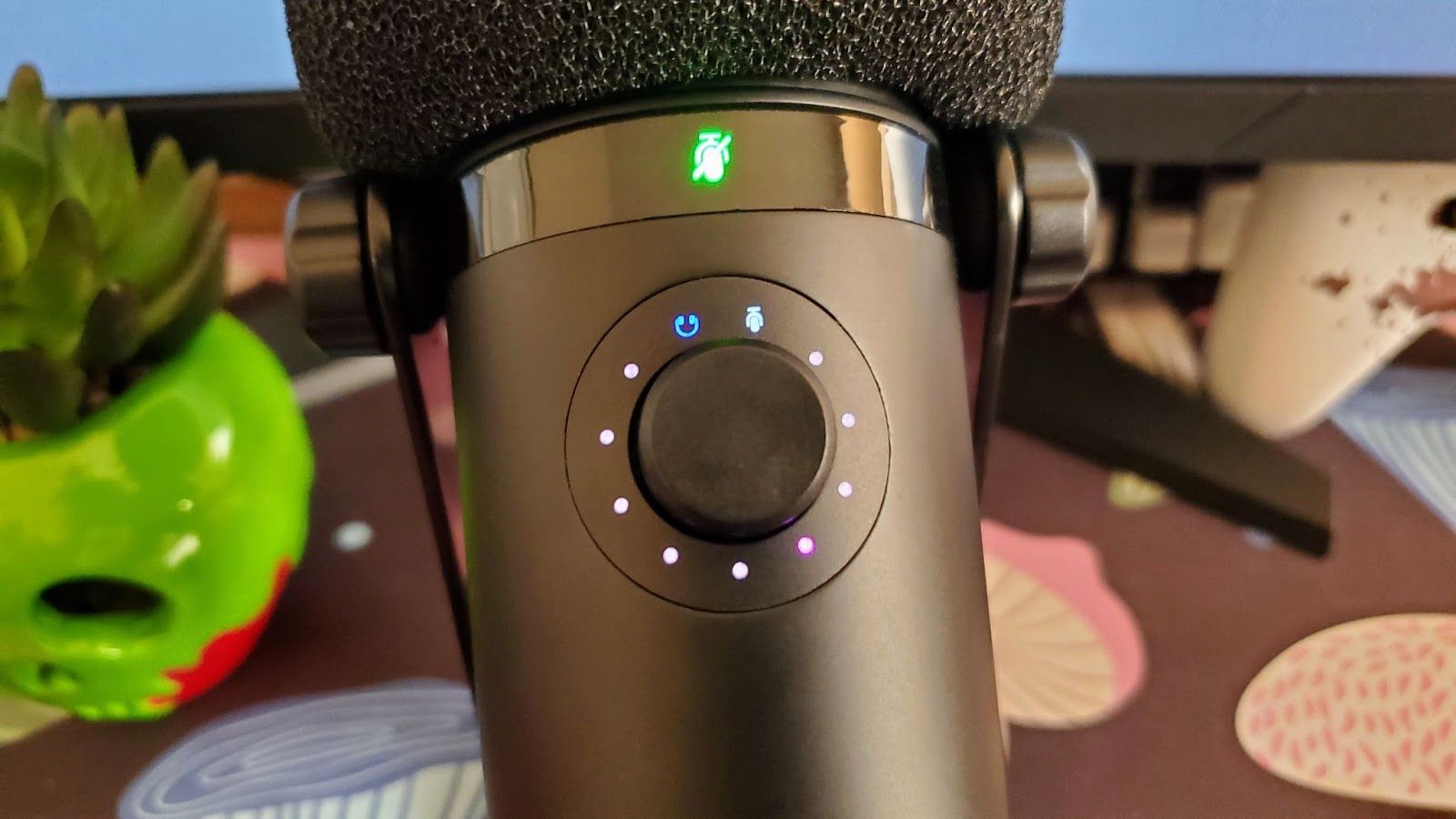 The first thing to note is that even though you don't need to install any drivers, Maono offers their own Desktop Software called Maono Link. I was a little hesitant to download another piece of software to manage my devices, but I'm definitely glad I did. In Maono Link, you can customize everything from headphone volume, monitor mix, tone, distance, EQ, gain, and even add a limiter and compressor right in the software. In addition, the UI is incredibly user-friendly and easy on the eyes. Kudos to the developers for their UX! 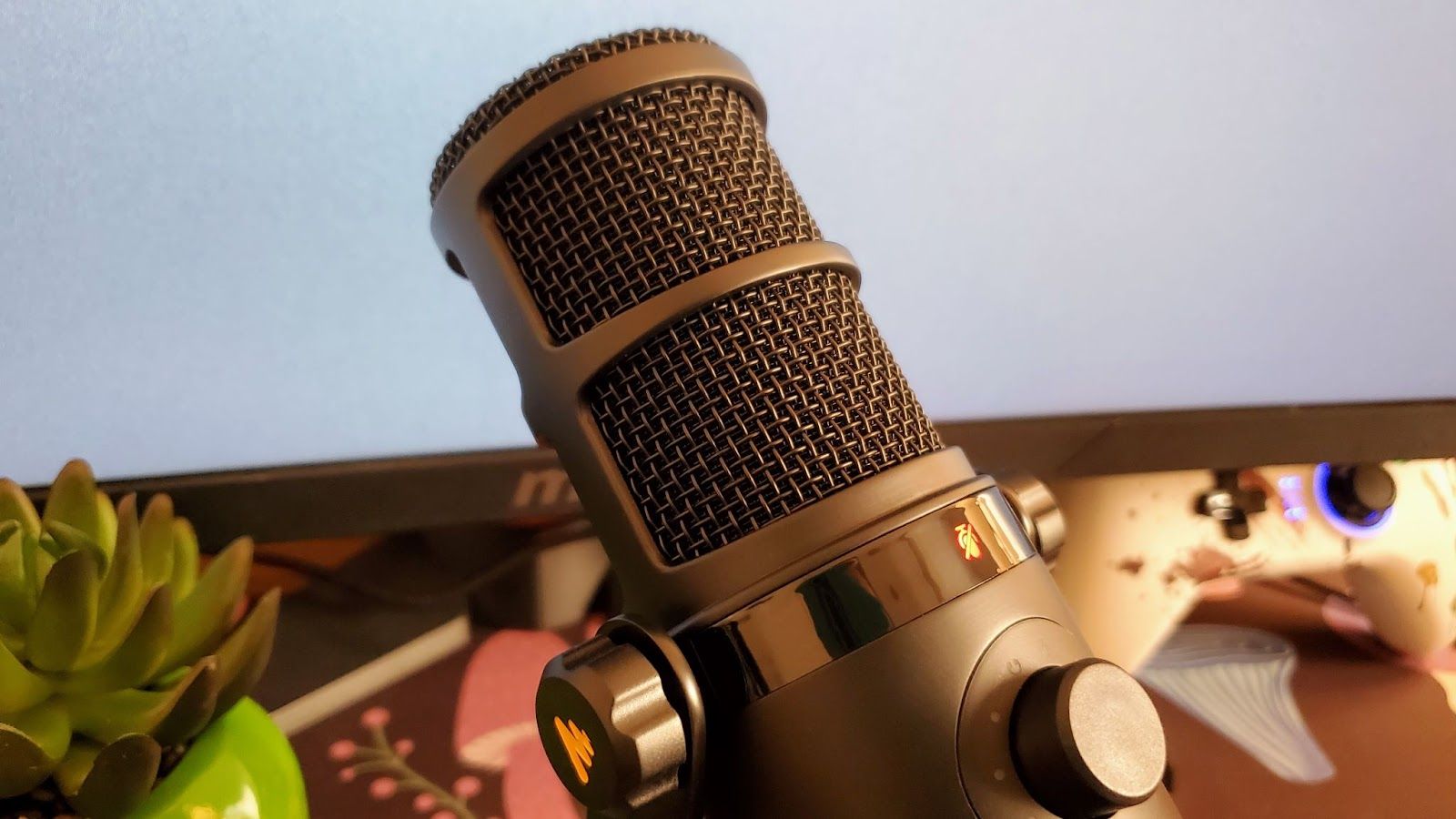 When you're ready to record, there are a lot of features to take in directly on the PD400X. First, the entire body of the microphone is metal, with little rubber feet that keep it from slipping and sliding when the stand is on a desk. A satin finish coats the majority of the microphone's body, with the exception of the mute band. One feature that I didn't expect to love as much as I do is the touch-to-mute band. With a bright green icon displaying when you mic is hot and a red icon to represent being mute, it's a fairly effective visual indicator unless you don't have the ability to distinguish between the two. In that case, a tactile approach and physical mute button is probably more effective. Without wanting to change the functionality, even two different icons could have been used. Currently, the on/off button shares the same "muted microphone" icon. Having two different icons light up would definitely help those with color blindness. With that being said, for this instance, I thoroughly enjoyed the silent and responsive touch feature. 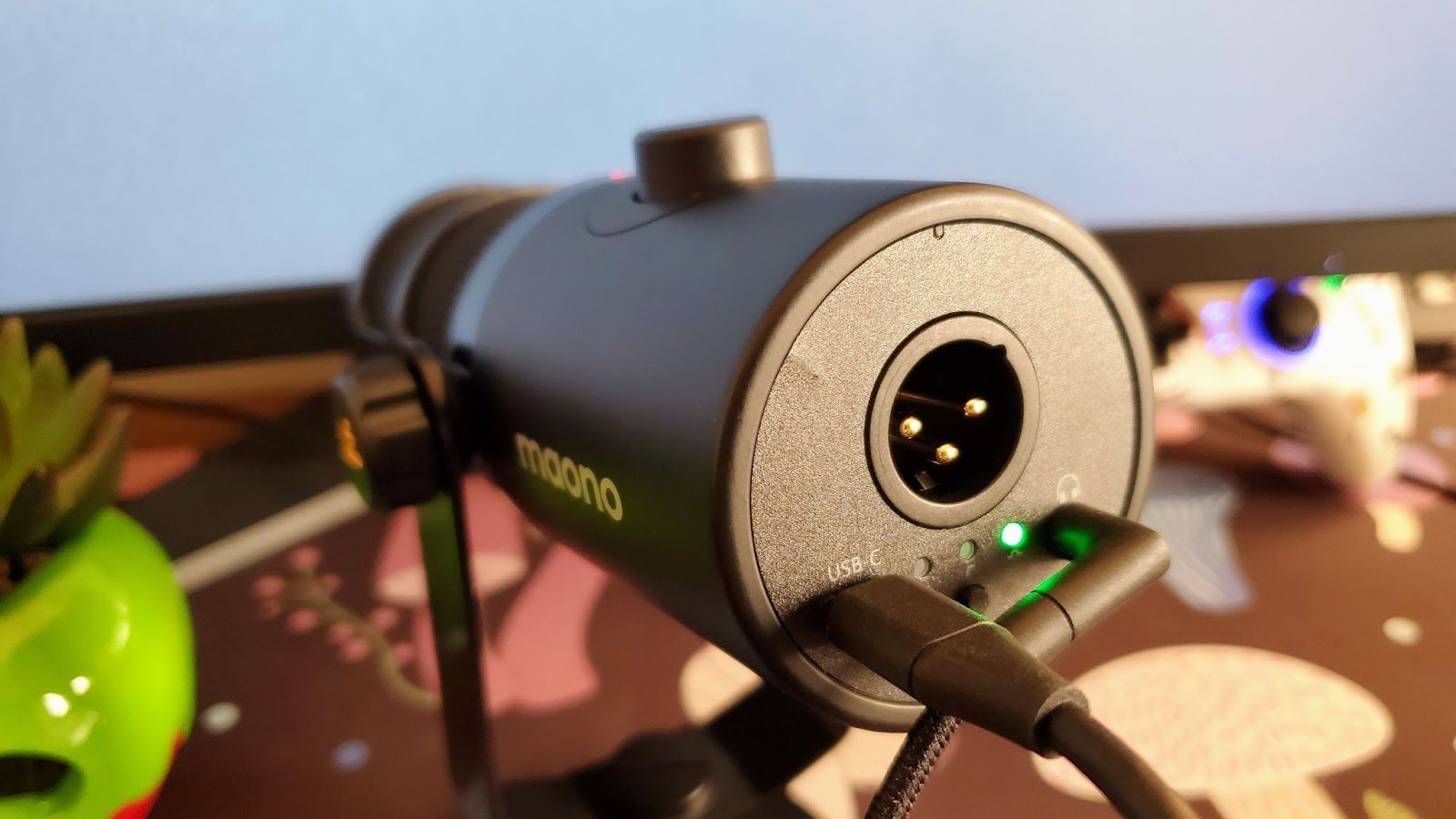 Beneath the mute band, we have a 3 -in-1 digital knob that controls microphone gain, headphones volume, and the monitor mix. While I like how large the button is, accompanied by the icons that light up, it did feel somewhat awkward to press. Instead of being able to comfortably press the button with one finger to swap between modes, I found myself supporting the back of the body with my middle finger while pressing in the button with my thumb. It's not necessarily difficult, just a little awkward. The more I used the PD400X, the more I found that I got used to the process and didn't mind it as much. I enjoyed the capability to edit my settings and volume on the fly with the on-board EQ, as well as seeing when my microphone peaked immediately on the indicator ring. 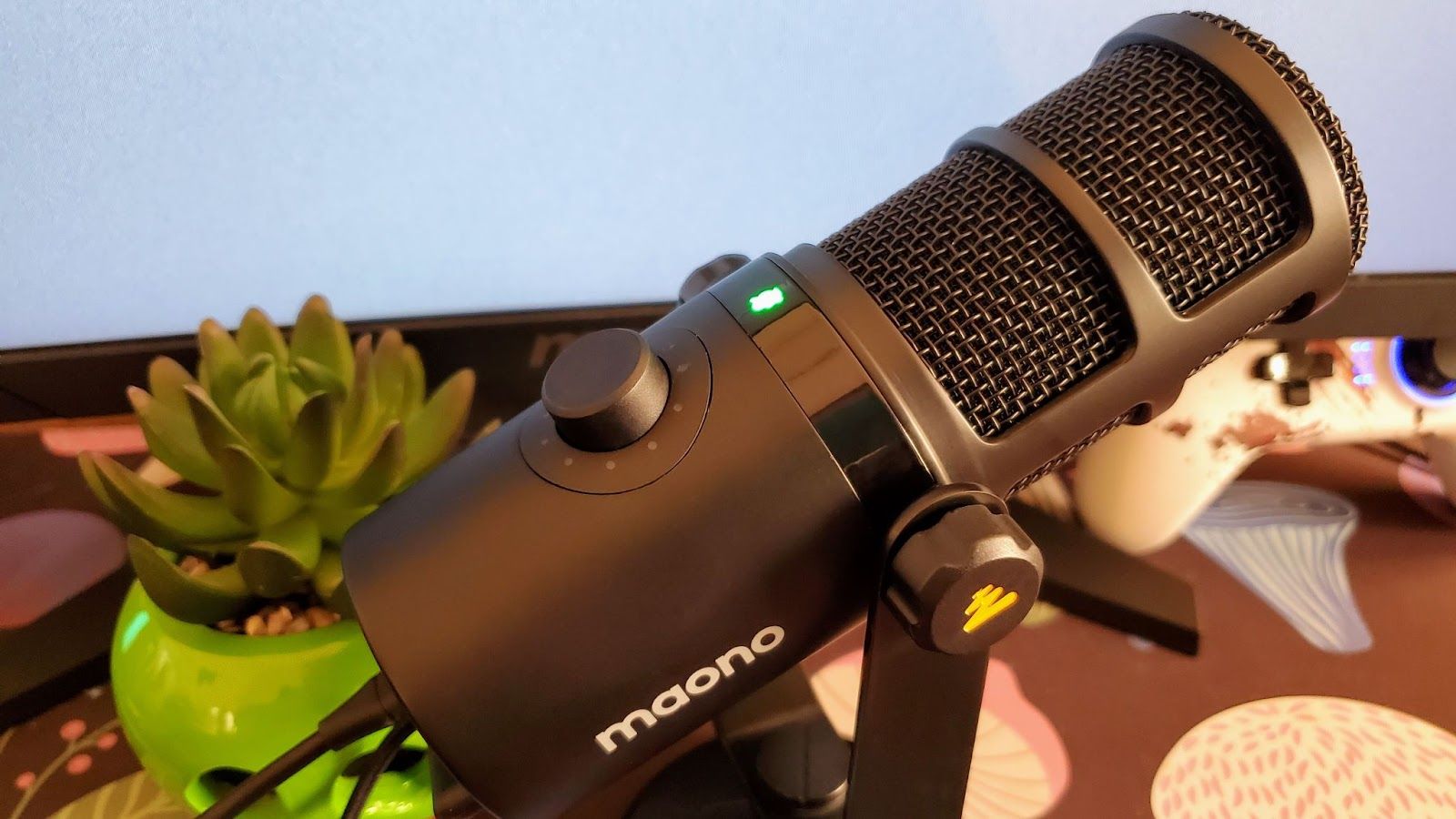 Something I did unfortunately notice, is that the PD400X picked up the low rumbling from the tower on my desk. Even sitting on top of my large mouse pad, I could still hear the dull roar when I cranked up the volume to hear any background noise. This could definitely be solved with a boom arm or, just, not having your tower on your desk. I managed to circumvent it for the time by just placing the microphone on top of a small box which seemed to be enough vertical space to prevent the sound from coming through.

While I'm a PC gal, I do respect the universal compatibility of the Maono PD400X. I love seeing that this microphone can not only be used for Windows, but macOS, iOS, and Android as well. Ah, technology! If you were looking to mount it on a boom arm, it does include a standard threaded connection so you probably won't have any issues installing it with your current equipment.

For those who are interested, you can find the Maono PD400X Dynamic Microphone on the Maono website for pre-order until September 30th. If you're a new content creator, I highly suggest the Maono PD400X. I have dabbled in video creation here and there, but just using it this past week to record a few demos for the purposes of this review has inspired me to want to delve even deeper into content creation. The PD400X is probably one of the best microphones I've had to date, and for the quality you're getting, I definitely think it's worth the price.