The world of true wireless earbuds is expanding every day and becoming more affordable than ever. Sure, you can easily spend $300 on a pair of Sennheiser Momentums, but does it really cost that much to have a great audio experience? KZ Audio doesn’t think so and is developing a reputation for their affordable true wireless earbuds. We reviewed the KZ S2s and liked them. How do the even cheaper KZ Z1s stack up? Join us as we take a closer look. 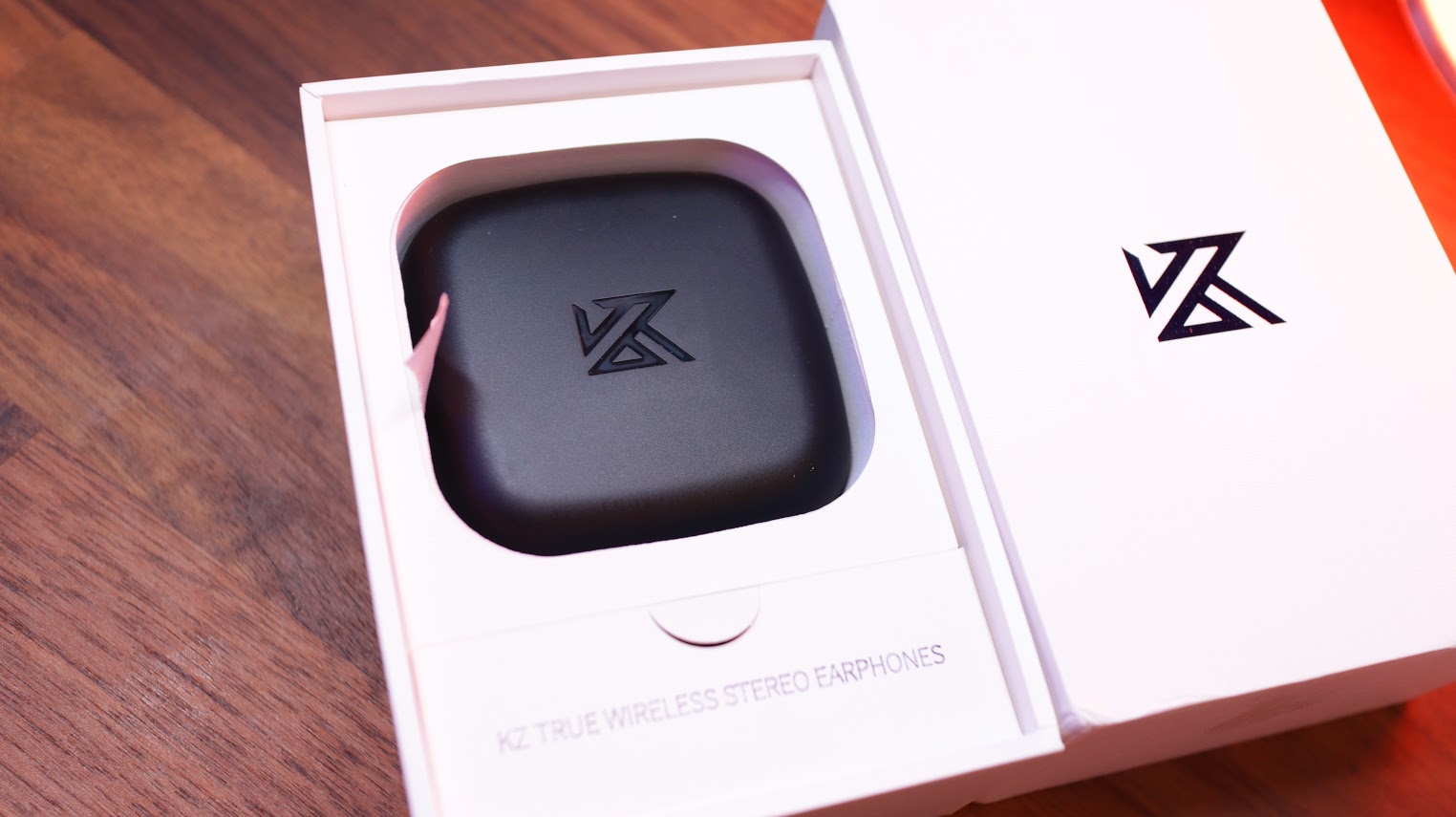 The KZ Z1s make a great first impression. They arrive in a small box, but the packaging is overall nice and there’s a good amount of additional documentation. The presentation is really well done considering the budget price point. 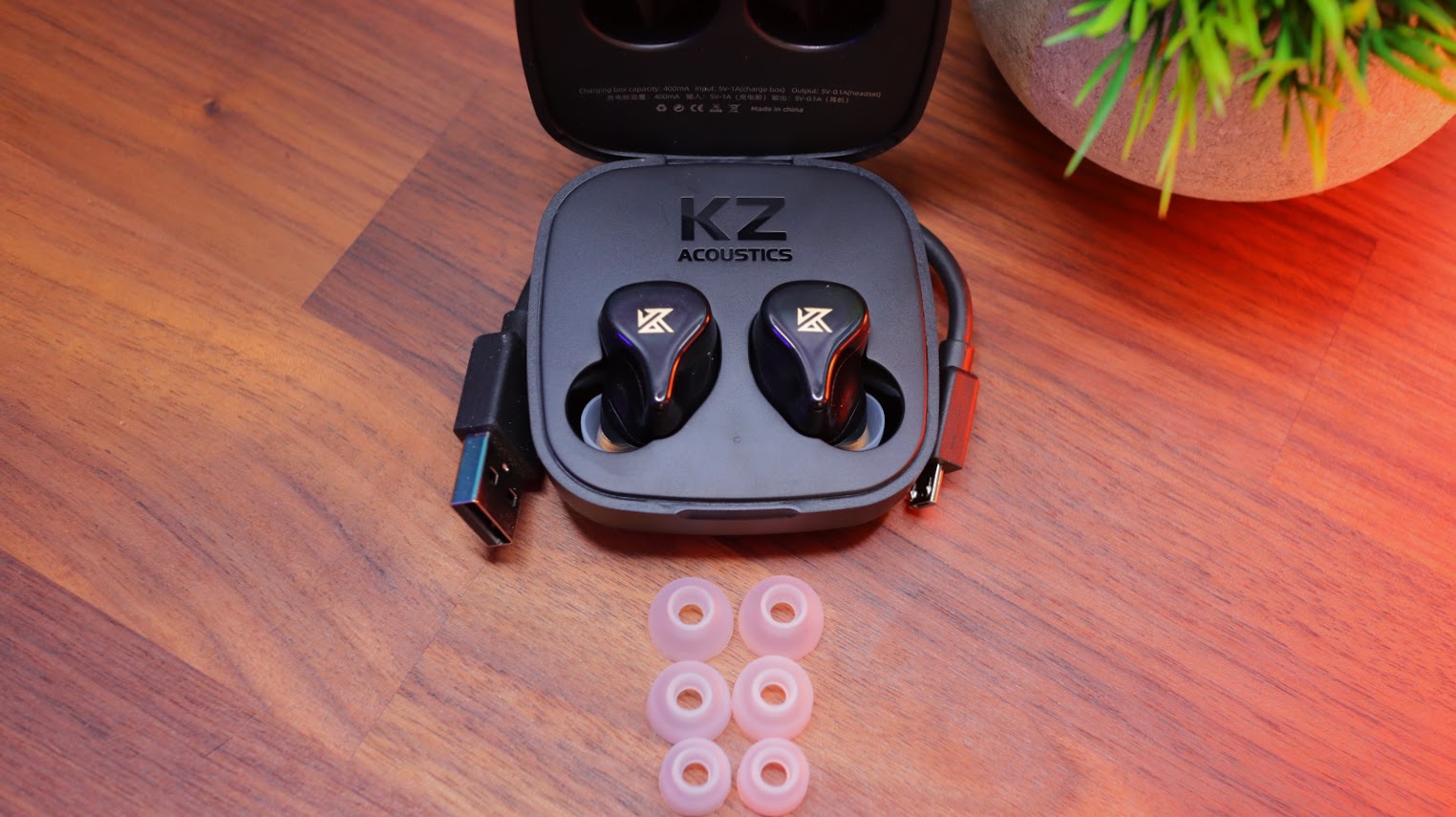 Inside the box, you’ll receive the charging case and buds, three sets of additional silicone tips in S/M/L sizes, and a six-inch micro-USB charging cable.

The case is on the large side and takes on a square shape instead of the oval/egg profile of many of the more popular TWS earbuds today. It somewhat makes up for this in thinness, however. It’s easily able to slip into a pants pocket, but there’s no way around its larger size. It features a decent battery, and will recharge the earbuds about six times, on top of maintaining its own charge in standby for 100 hours. The decision to use a micro-USB charging cable is certainly odd considering the KZ S2s have moved onto USB C, though if it keeps the price as low as it is, it’s a modest concession. I also like that it has powerful magnets to pull the earbuds onto the charging pins. 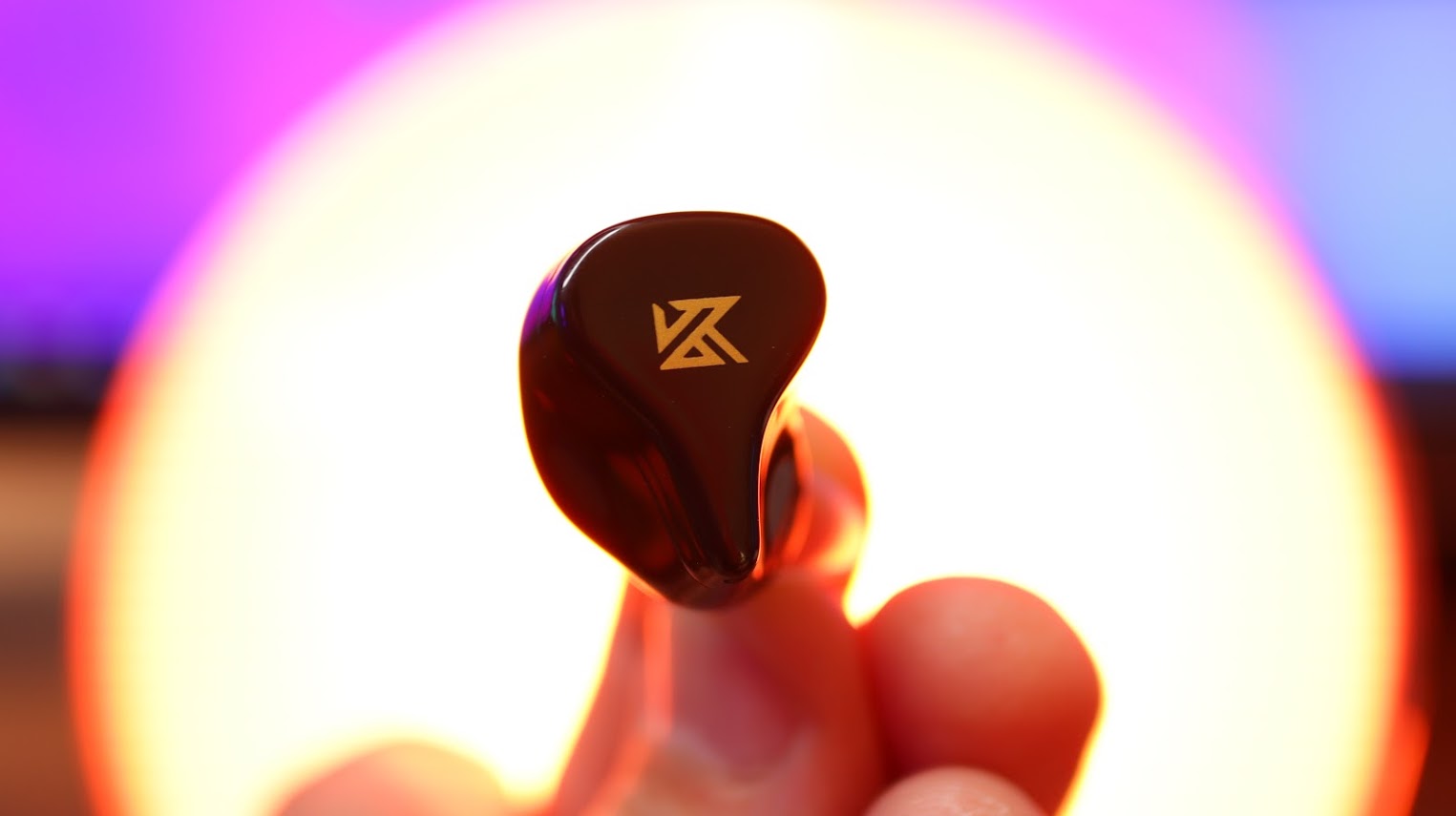 The earbuds themselves use single dynamic drivers within a double cavity housing. Combined, this allows the KZ Z1s to deliver a very rich sound that punches well above its class. They offer a good amount of bass without sacrificing too much detail on the high end, which makes them a great fit for virtually every genre of modern music. They’re not analytical but have excellent clarity and are never muddy, so comparing them against some of the major brand, similarly priced headphones you’ll find in your local Target, the KZ Z1s mop the floor with them. On sound alone, KZ could easily ask for $99 instead of the modest $34.99 they currently are through Linsoul. 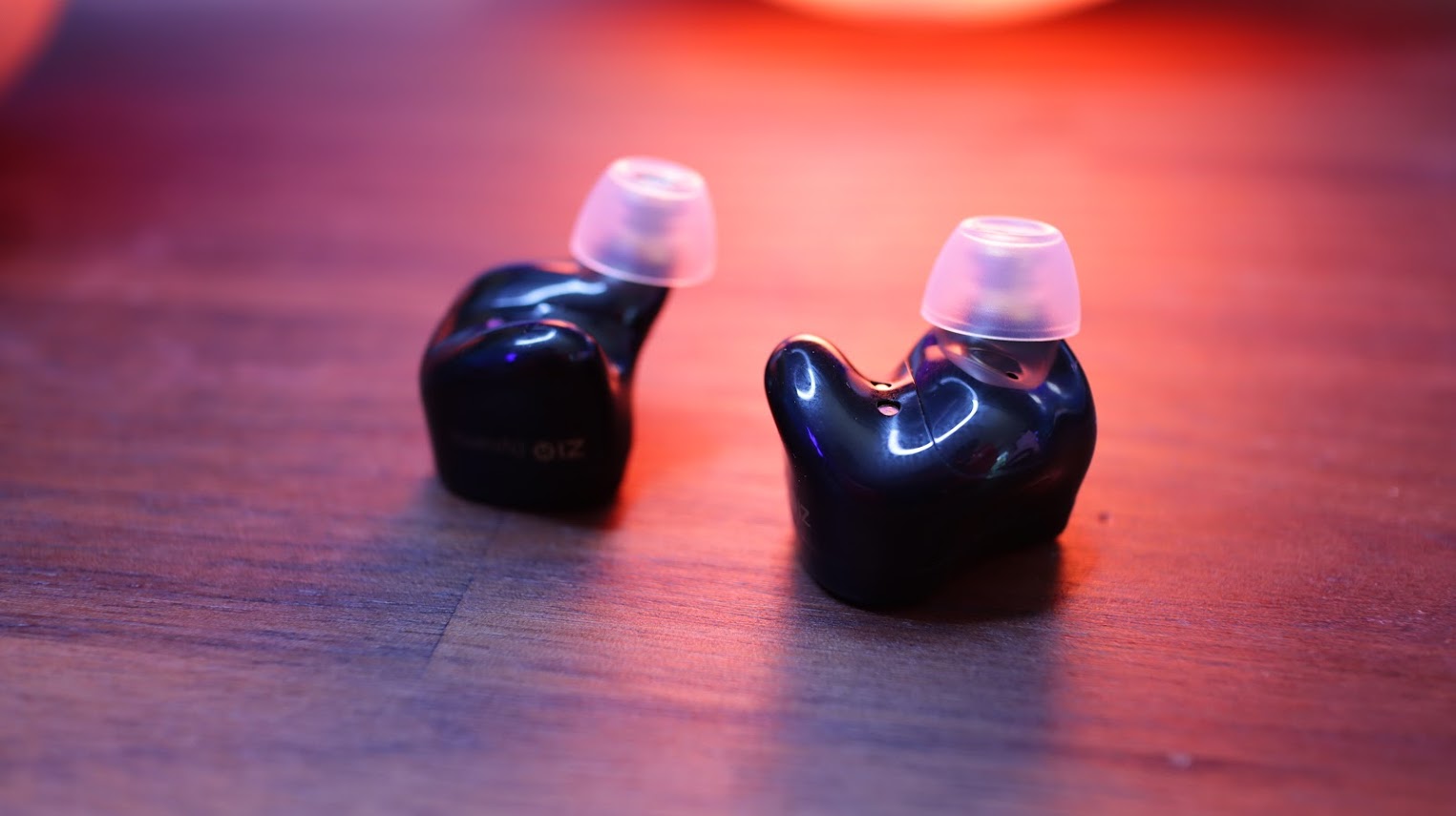 I also found these headphones to offer a more secure fit than the KZ S2s thanks to their IEM-like design.  The buds are molded to match the shape and ridges of your ears, which allowed me to get outside and play with the kids while keeping an earbud in. You could take these for a run and not worry about losing one, but like most earbuds, a vigorous shake could potentially break the seal, so I did have to reposition from time to time.

The KZs sport the latest version of Bluetooth, version 5.0, which helps with distance and connection stability. I tend to keep my phone nearby, but in the cases where I did have to walk away, I was able to walk a good 25 feet and through several walls before the connection started to get spotty. In normal use, they were rock solid.

The earbuds also support independent earbud use, so you can listen with one earbud at a time. As time goes on, I find this to be one of the most important features in true wireless earbuds, as I often listen to audiobooks or pop on a YouTube videos while completing other tasks and don’t need two earbuds. There are times when I need one ear open more than the other and the KZ Z1s were able to handle switching earbuds with ease. Once the two are connected, you can put the other back in the case without any pausing or skipping in your track.

The touch controls are also easy and intuitive. Due to their shape, there are no physical buttons. Instead, everything is controlled with taps. A single tap on the right earbud will play or pause your track, or answer/end a call. Double tapping skips tracks. Triple tapping enables high-performance mode, which cuts down on latency when gaming (lag with video content isn’t an issue in normal mode). Notably absent is volume control, however, which is disappointing but over fairly minor. 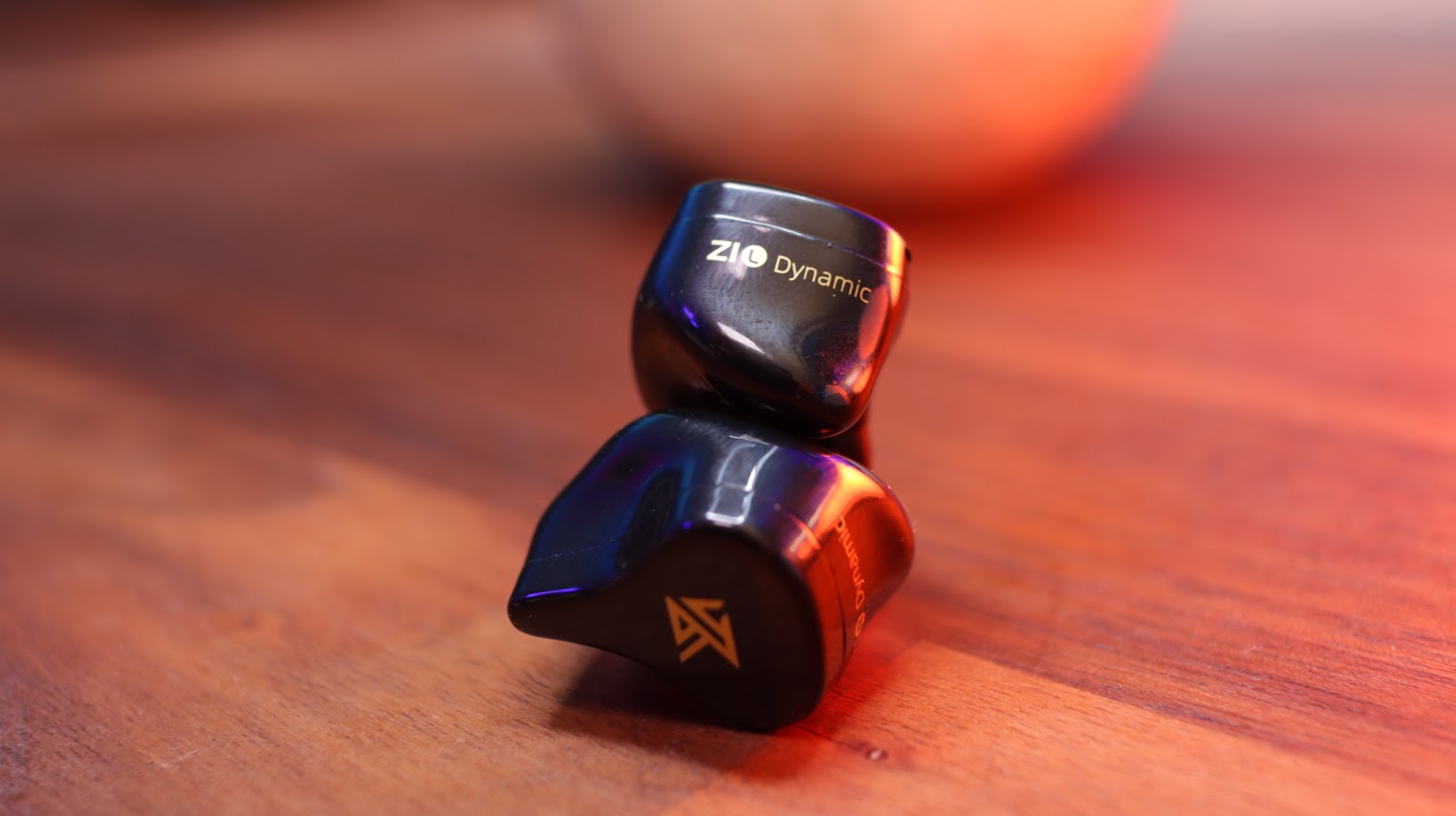 A much bigger issue, and potentially deal-breaker for some users, is the two-hour battery life. The KZ Z1s have the unfortunate distinction of having the lowest battery life of any true wireless headphone I’ve reviewed. In comparison to the competition, even within the budget sector, it’s just bad. There’s no way around it. If you tend to listen for more than two hours at a time, these aren’t the headphones for you.

That said, I actually find that that’s not the case for me personally. Usually, when I’m listening to music, it’s for an hour or less. If I have an earbud in for longer than that, it’s spoken word: movies, podcasts, audiobooks… all things I use one earbud for. In that use case, when one runs dry, I just swap out to the other one and pop the first back into its case. Doing this, I’ve been able to get a full day of use out of them. If you do use two at a time but also listen for less than two hours, remember to put them back in the case and you’ll probably be fine with a break in between. In a year, when that battery starts to fade? Maybe not, but that’s where the price comes back into the picture.

The KZ Z1s aren’t without their sacrifices, but they deliver an undeniably great sound. Given their affordable price, I use these in situations where I want good sound but maybe wouldn’t risk my more expensive headphones. Watching a video in bed where I might fall asleep. Doing yard work where debris could be a risk. If something were to happen to them, I’m not out $300, but closer to $30 and could just go out and replace them.

The concessions here explain the price, but if you’re considering picking up a cheap pair of TWS earbuds from your local Target, don’t. Get these instead. They’re cheap enough to fit your budget and sound way better than most of what you’ll find at this price point.

The product described in this article was provided by the manufacturer for the purpose of review.
7.0Good
Pros
Cons
Tags
audio
Lifestyle Tech
True Wireless Earbuds