I have been wanting to get my hands on a USB-C portable monitor for quite some time.  My biggest complaint when away from my desktop and on the go is the complete lack of desktop real estate.  Once you get used to a workflow using two monitors it can be very difficult to go back.  My reliance is especially true when gaming and programming.  We all know MMORPGs can require outside data, whether it be class guides or quest information, and alt-tabbing can be quite a chore; particularly when dealing with older MMO clients that seem to take exception to not being the sole focus of your computer's attention.  To say the least I was quite excited to receive KYY’s portable monitor in the mail and discover if a portable solution would be worthy of precious backpack space. 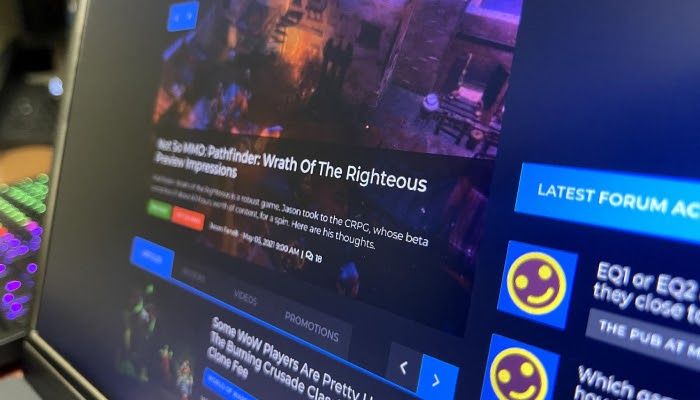 When I first opened the box and saw that it included a small USB power brick I’ll admit I was a bit crestfallen.  The last thing I wanted was to deal with another power cable while on the go.  However this knee jerk reaction proved to be irrelevant - it was only required when not using a fully-featured USB-C interface.  What does that mean? I’ll spare the gritty details but basically if the USB-C port you’re using doesn’t provide power you’ll have to use the power adapter that is included.  So if hooking up your smartphone to the display is what you’re after then you’ll be required to plug the display in.  While that may seem like a deal breaker, being plugged in the display will act as a phone charger and keep your device topped off.

After pouring through the box, glancing at the instructions and slapping on a rather useful protective cover I was ready to see what the display would actually be like.  We all have the experience of a manufacturer making bold claims about what their product is capable of and being let down once it is in our hands and I was doing my best to manage my expectations.  I’ll admit my first thought was “well this isn’t going to work at all”.  The display I was greeted with out of the box was insanely dim - too dim.  This would do nothing but cause me to strain my eyes while attempting to do anything on this monitor.  Enter my first experience with the rather lack-luster options interface on the monitor. 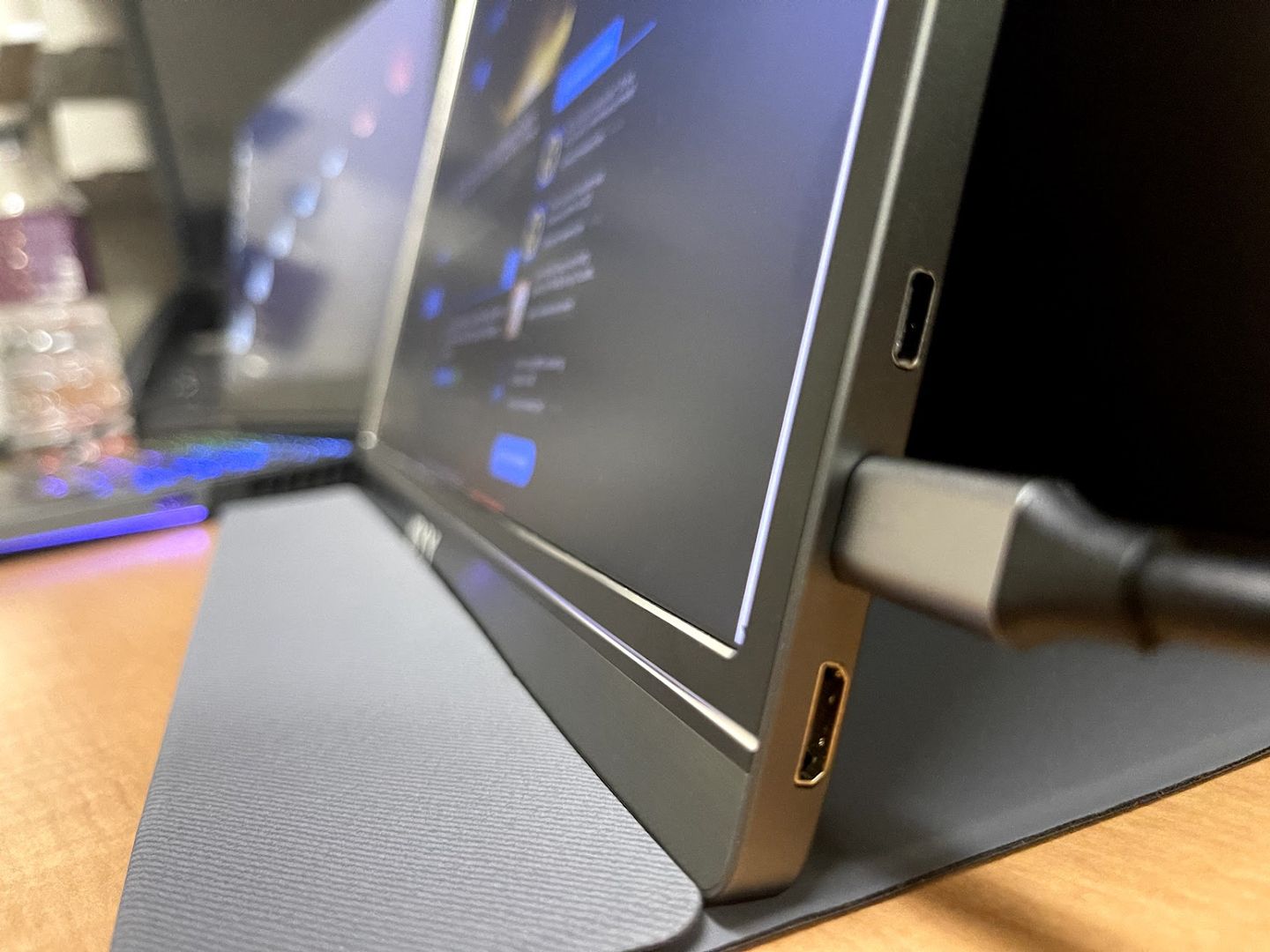 In lieu of a couple buttons for accessing the hardware options of the monitor, KYY opted for a small, spring loaded wheel that I would give the closest comparison to being a volume up/down wheel you’d find on devices from last decade - which is also exactly what it doubles as.  To navigate the options menu you flick this wheel up or down to choose different options and then are tasked with the tedious endeavor of pressing it just right to select an option.  It pretty much requires a precise, perpendicular actuation to work, otherwise it just scrolls instead of selecting what you want.  The result was a frustrating experience while dialing in the monitor's settings to make the screen's content readable.  In the end I was able to adjust the various settings to dial in a rather decent image with all done and dusted.  A 300nit display isn’t going to blow off anyone’s socks but it’s a pretty standard brightness level in the world of mainstream laptops and is quite respectable for a device that pulls its power from a USB cable.  My biggest gripe in this area is that, while other settings seem to persist between display uses, the brightness resets to 50% every time - forcing me to enter the settings every time I use the display. 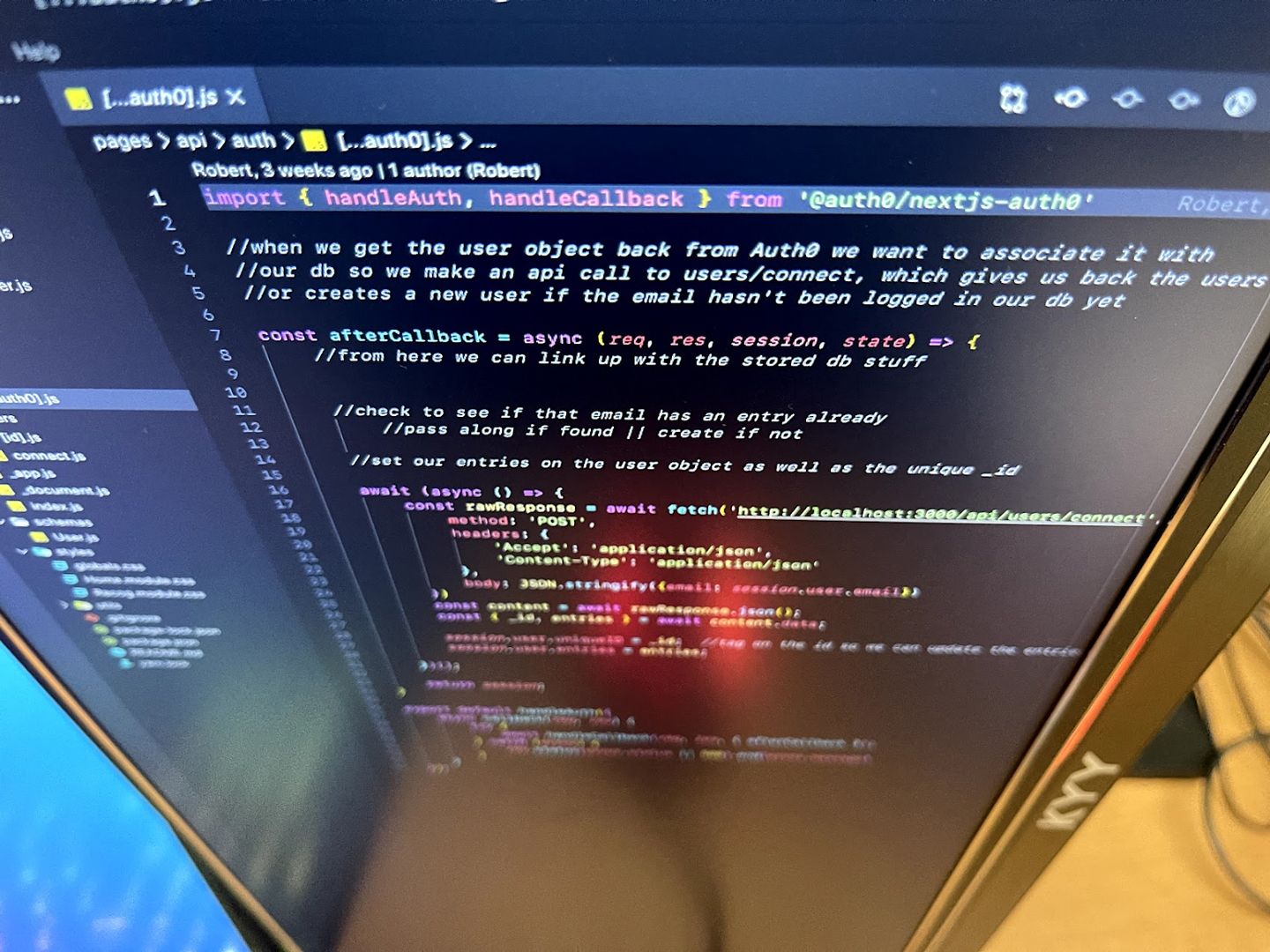 After tweaking I got to work - everything from programming and web-browsing to gaming and movie watching.  The monitor delivered exactly as I would expect, no more and no less, which is about as good a compliment as I can give when it comes to a simple display.  I toyed with the built-in speakers for a few minutes and while they’re perfectly acceptable if you don’t have headphones and are using a PS4 or XBox I would stick to your phone, switch or laptop if those are the devices you’re using with the monitor.  Even at max volume the speakers were just good enough though I don’t know anyone that buys a monitor for it’s speaker quality.  The most impressive aspect were the viewing angles: they’re absolutely a shining feature of the monitor and the more I thought about it the more I realized it could be a required feature for a portable solution.  Oftentimes space is limited and may require placing the portable display in creative places with less than ideal viewing angle and being able to view the display at these angles is quite a boon to the overall usefulness of the display.

As far as monitors go this isn’t going to compare side by side with a desktop solution.  This isn’t a monitor for someone to have sitting on a desk and used as a docking station for a laptop or nintendo switch  - after all there are bigger monitors you can grab at this price point that would suit that purpose better.  This monitor is for people that find themselves traveling often with a workload that requires the extra screen space.  For me the KYY portable monitor has been a boon while doing homework or programming during my downtime at work or when at the coffee shop simply getting a break from the monotony of my home office setup.  I’ve been using it for a little over a month now and I’m not quite sure if I would be able to go back to my singular 15.6” laptop screen.  As far as portable solutions go it is clearly evident why the KYY portable monitor is a preferred purchase over its competitors.

The product described in this article was provided by the manufacturer for evaluation purposes.
7.5Good
Pros
Cons
Tags
Monitors
portable monitors
KYY