HyperX makes good microphones, full stop. My favorite USB microphone wasn't the Blue Yeti X or the Razer Siren series of mic, but for the longest time I've been a fan of HyperX's QuadCast S condensor mic. So when the opportunity to review the company's cheaper priced variant, I jumped at the chance as I wanted to see just what a "budget" micrphone from HyperX could mean.

It does not disappoint.

Upon opening the box, I was actually a little shocked at just how small the SoloCast is truly. The microphone itself looks like a pill-shaped mic, with a touch-sensitive mute button on the top. Gone are dials to adjust gain, as well as any sort of pattern select knob found on other USB mics - the SoloCast has stripped these features away in order to keep costs low.

What I appreciate, though, is the stand, though that is not the only way to use the SoloCast as HyperX have also threaded the bottom of the mic to fit a standard boom arm attachment. The 2 meter USB cable is long enough for most set ups I'd imagine, though I did find myself having issues when my desk was raised - I constantly use my standing desk for work and streaming, which is where I did the majority of my mic testing.

It's sleek, the mic and stand in a dark black  - all except for the single red LED light indicating whether the mic is on or not. This indicator light flashes when muted, which is done with a single light tap on the top of the microphone capsule. Since this is a single direction cardioid mic, you'll need to ensure it's facing you at all times in order to get the best quality sound out of the SoloCast, and as such it does mean sharing a microphone if you're, say, recording a podcast in person, can be a bit difficult.

The lack of any real flair, though, might put some off - especially when you compare the SoloCast to its more expensive and flashy cousin, the QuadCast S. However, in order to keep the price down, concessions seemingly had to be made, and as a result the nodescript mic is simply that - nodescript. It doesn't draw the eye, but it's not offputting. It's a sleek little microphone that fits nicely in any set up without dominating the area as some other USB mics can do.

But how does it perform? Thankfully, HyperX put the money where it mattered: the actual condenser.

The surprising bit for me was the lack of ambient noise in my SoloCast recording. For not being able to adjust the gain right on the microphone, instead having to rely on your program settings to do so with whatever application you're using the mic with (in this case Audacity), it filtered out the fan which sat a mere two feet from it quite nicely. Unfortunately, as someone who has gotten pretty used to monitoring my microphone, whether it be through a my Wave XLR or AverMedia LiveStreamer Nexus, or simply the headphone jack at the back up the QuadCast itself, not being able to plug a pair of headphones into the SoloCast was a shame. Another concession to lower the cost it seems.

The mic itself is a bit hot out of the gate too, as you can hear in the recording. This can be adjusted, again, through whatever recording program you're using, but it would be nice to simply reach over to the mic itself and dial it down manually.

However, the clarity and response is there. For under $60, this is a stellar mic that can be used for some light podcasting and streaming, especially for those looking to have some fun without breaking the bank. And the fact that it's compatible with PlayStation consoles gives console streamers another option to improve their stream quality when streaming directly from the console itself.

The HyperX SoloCast is a great microphone. For the price, it's one of the best mics I've used, period. At $60, users will be getting an outrageously good sounding mic that rivals even those in the hundred-plus price points, and the fact it can be used on HyperX's adjustable stand or a boom arm makes it more versatile to those with more advanced set ups. 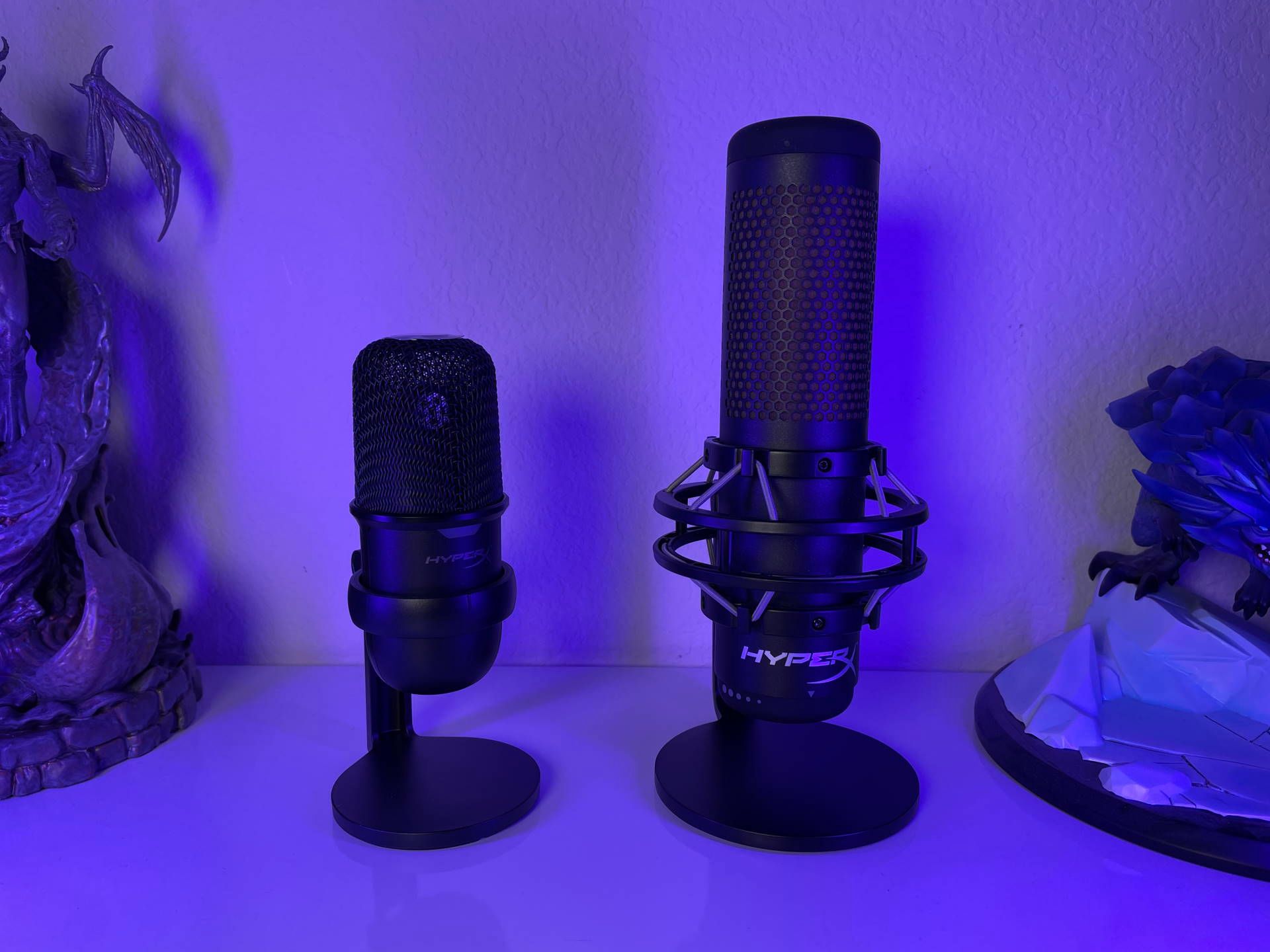 While I do wish the microphone itself had its own gain dial as well as a headphone jack to help with monitoring, I do understand why they aren't there: this is meant to keep the cost low while still including quality where it counts: the actual microphone condenser. As a result, you'll need to control it a bit more through your recording software, but what you're left with is a stellar sounding mic without breaking the bank.

HyperX makes really good microphones, and that hasn't stopped simply because they are offering a cheaper version of their product. Instead that tradition continues, bringing one of the best microphones at the price point to streamers looking for a budget USB option.