RGB keyboards are all the rage right now, but if you’re the kind of gamer who likes their setup to look unique, HyperX may just have the answer for you. Today, we’re reviewing their latest custom keycaps set with the Double Shot PBT Pudding Keycaps. If you’re looking to take your lighting to the next level, this is definitely one you’re not going to want to miss.

If you’ve been following the site for a while, you may have noticed that we originally reviewed the puddings in September of last year. I was surprised when HyperX reached out so soon after, but they’ve done a couple of revisions that are worth noting. And plus, if you’re an RGB fan, they’re a cheap way to really make your keyboard shine.

So what are “pudding” keycaps. It’s a weird name, I know, but it’s not entirely HyperX’s doing. “Pudding” refers to a style of keycap that pairs translucent sides with backlit legends. The result is a keycap that offers bright illumination from the sides of each key and to create a really rich “light bed” effect. If you like light isolation, these clearly won’t be for you, but many keyboards are designed around this effect, such as the HyperX x Ducky One 2 Mini, with a white backplate behind the keys. Puddings that that concept and literally raise it. The effect is a lighting profile that is much brighter and a keyboard that is all-around flashier. 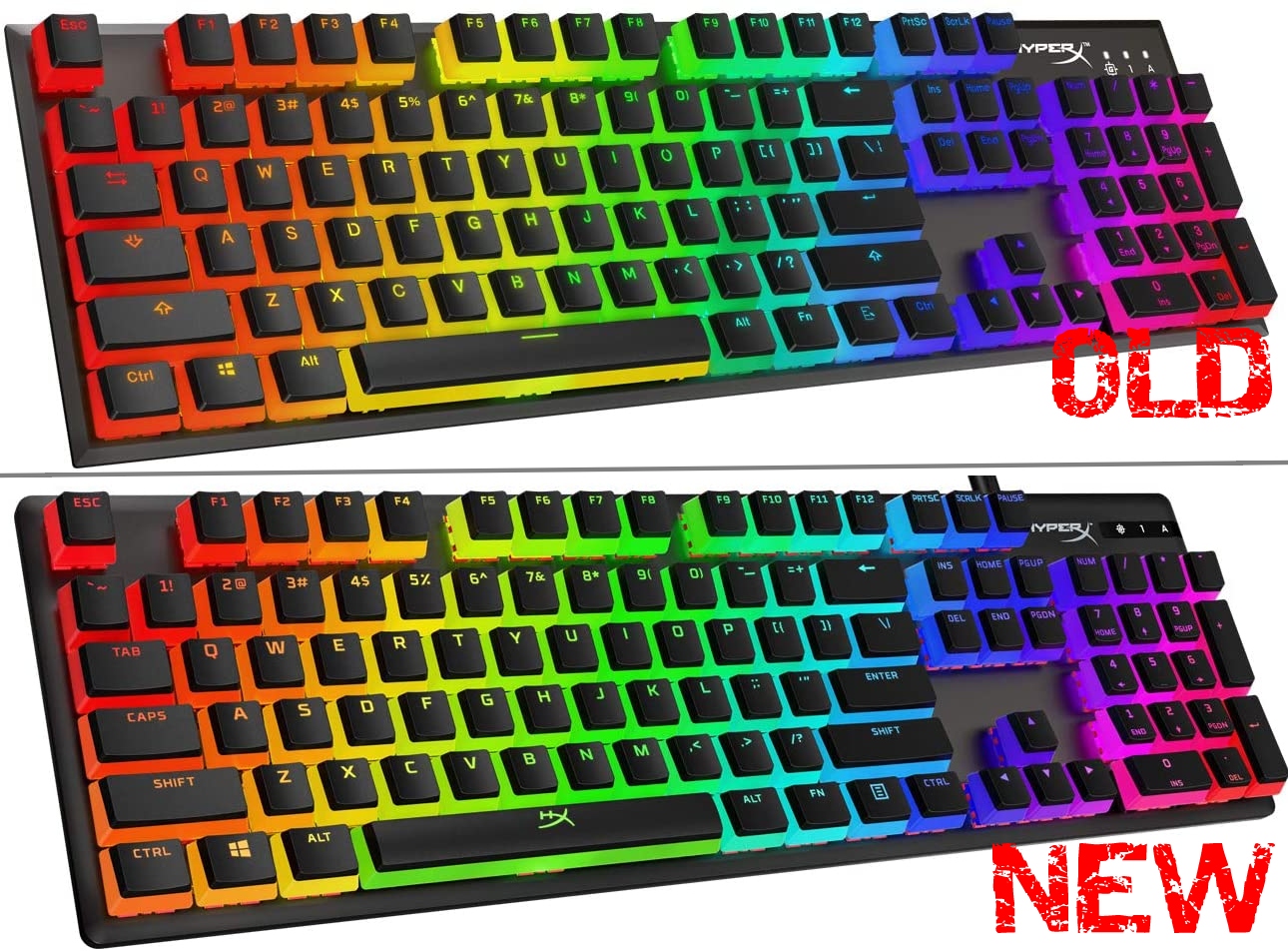 HyperX’s refresh of this product brings with it minor but necessary improvements. The biggest change, as you can see in the picture above, is that the new version features reworked legends featuring HyperX’s font. The new legends are slightly thicker, which allows more light through. Critically, the change also sets these keycaps apart from the many other “pudding” keycaps on the market which are identical in all but brand. The legends themselves are also more consistent with less blank spaces that give cheaper puddings a “stencil” aesthetic. The change to a unique font  is small but important for a brand so large as HyperX.

These keycaps are also double shot PBT, which is a wholesale improvement over the usual keycaps that come on gaming keyboards. Traditionally, if you bought a gaming keyboard, you would find that the keycaps were thin, laser-etched ABS, and would start to show finger oils almost immediately. In time, the legends would begin to chip and make the entire keyboard look old before its time. HyperX’s pudding keycaps are made of a much denser plastic that is more resistant to oils and shine. The “double shot” in their name describes a process where the legends are actually made of a second piece of plastic, so they’ll never fade. 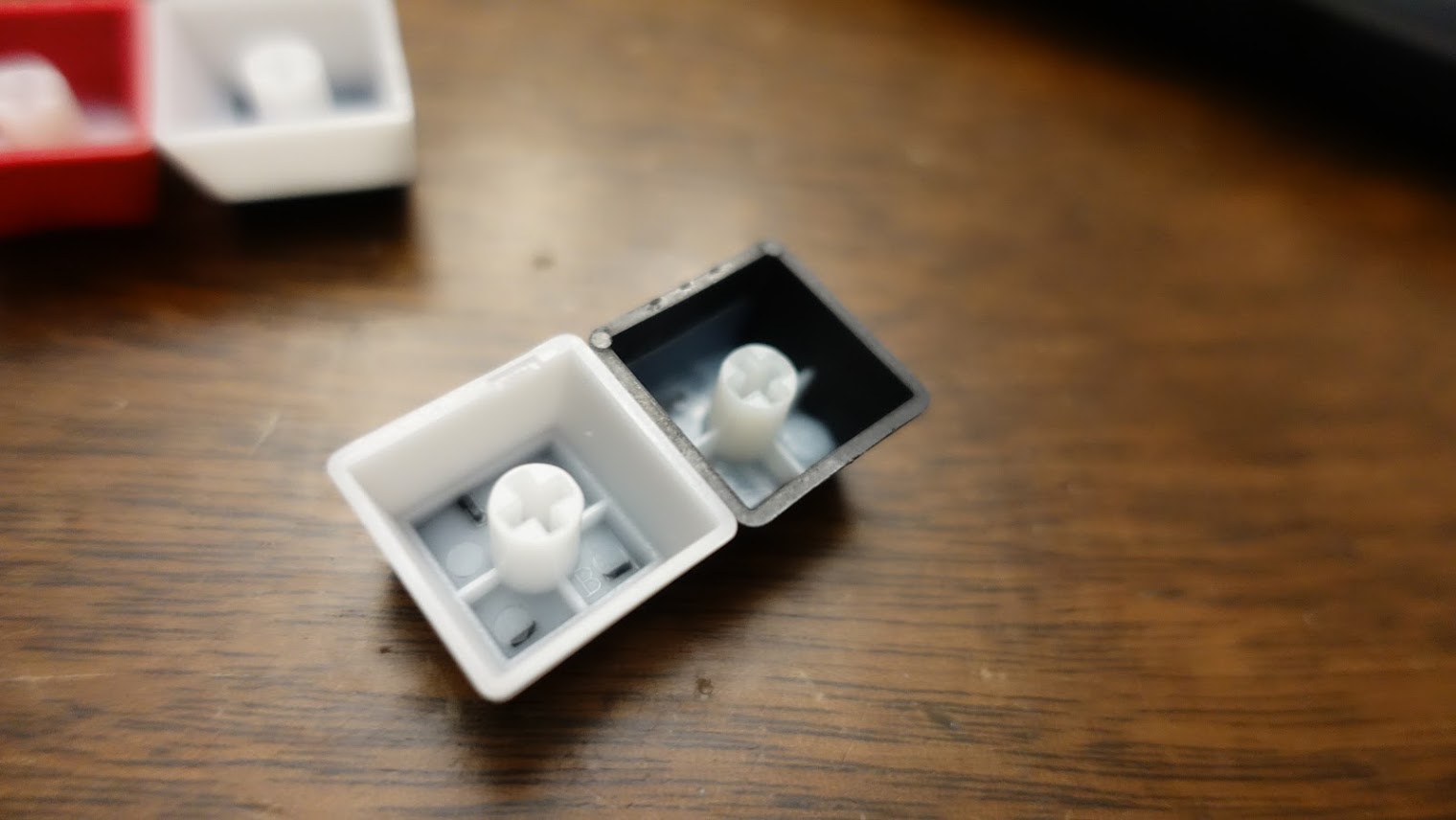 Here, you can see the pudding keycap next to a double shot PBT keycap from the HyperX x Ducky One 2 Mini. Notice the little black tabs on the inside? That’s where the black top joins the rest of the keycap. Wearing those legends down will take years and years of heavy use — longer than the life of your keyboard.

The other thing to notice is that the keycap walls aren’t quite as thick as some stock PBTs on keyboards like the Ducky. Since PBT is a denser plastic, to allow the RGB effect to remain bright and vibrant, the keycap walls have to remain a bit thinner. This results in a higher pitched typing sound than you might be expecting, so if you’re already using thick PBT keycaps, be prepared for a sound change.

The effect is very cool if you love RGB. Here is the HyperX x Ducky One 2 Mini with its stock keycaps. 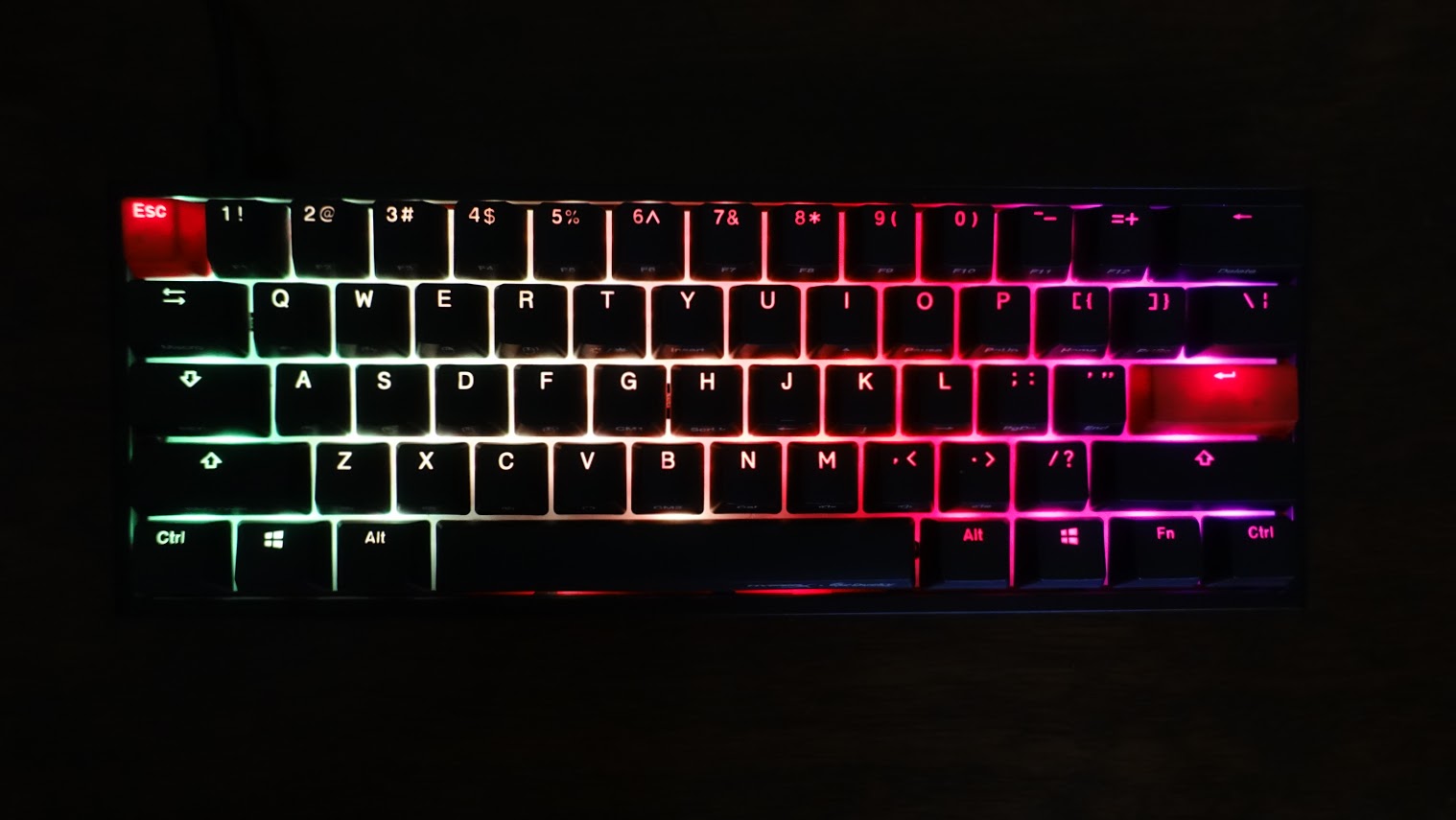 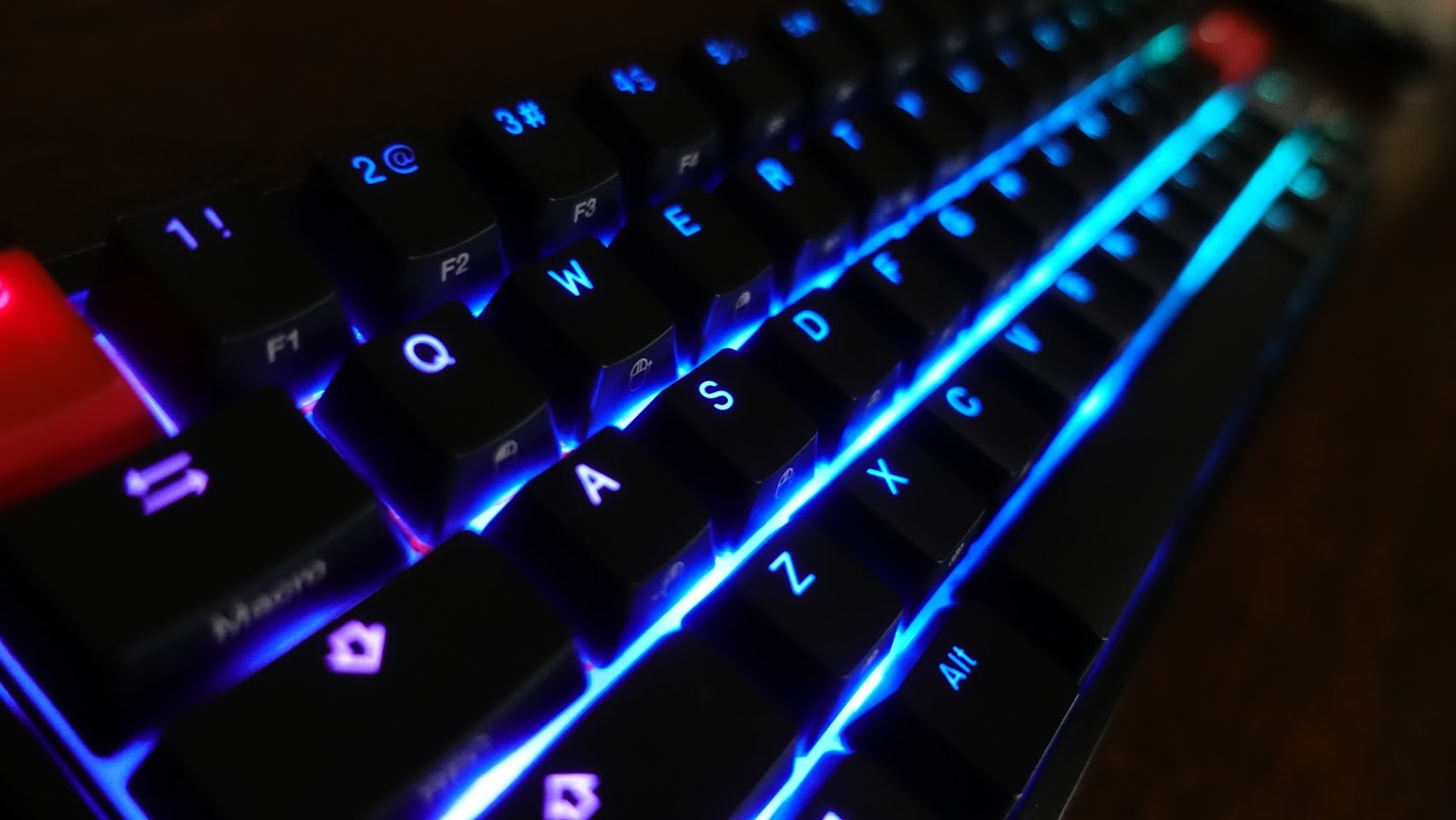 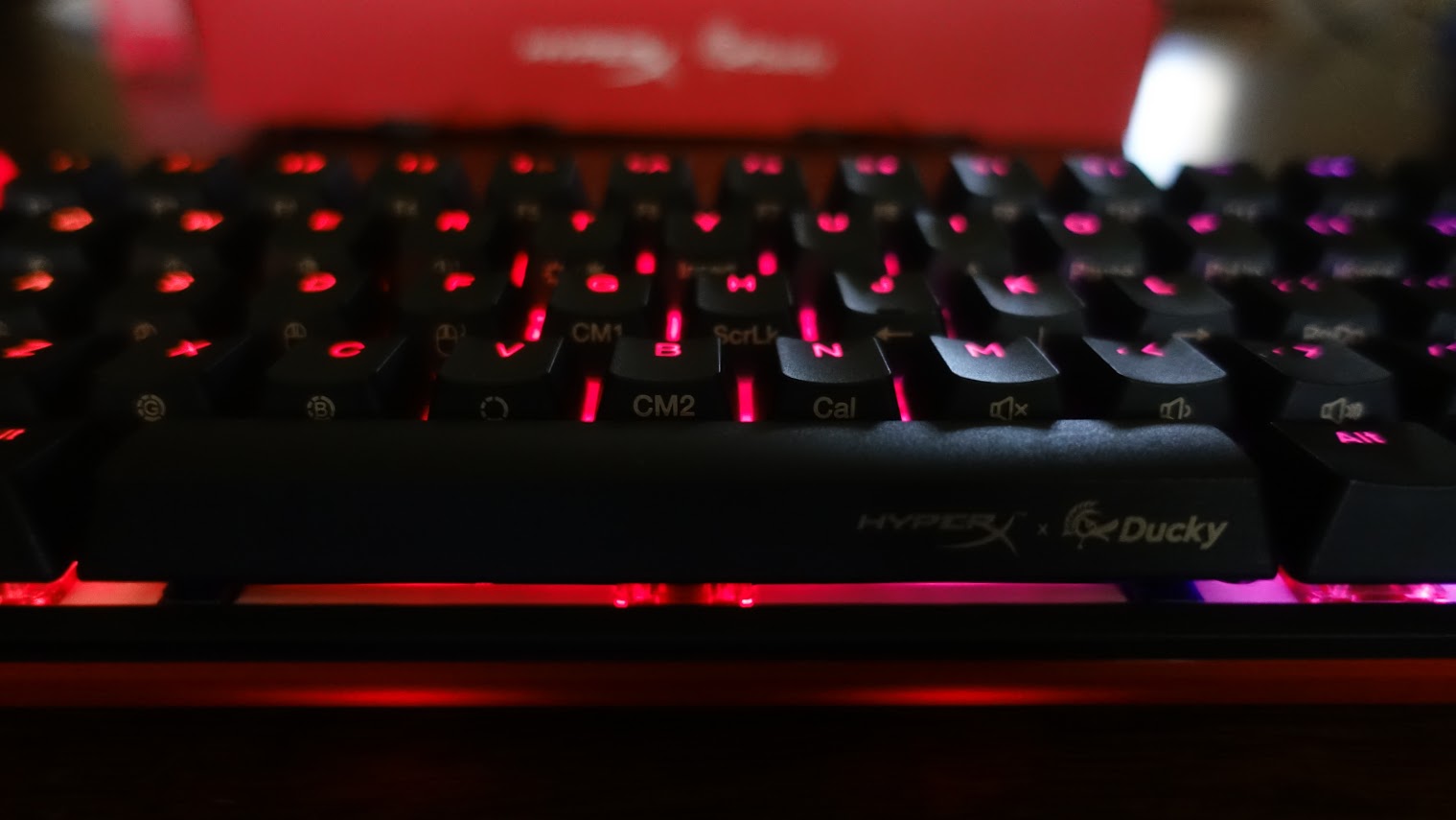 And here it is with the HyperX Double Shot PBT Pudding Keycaps... 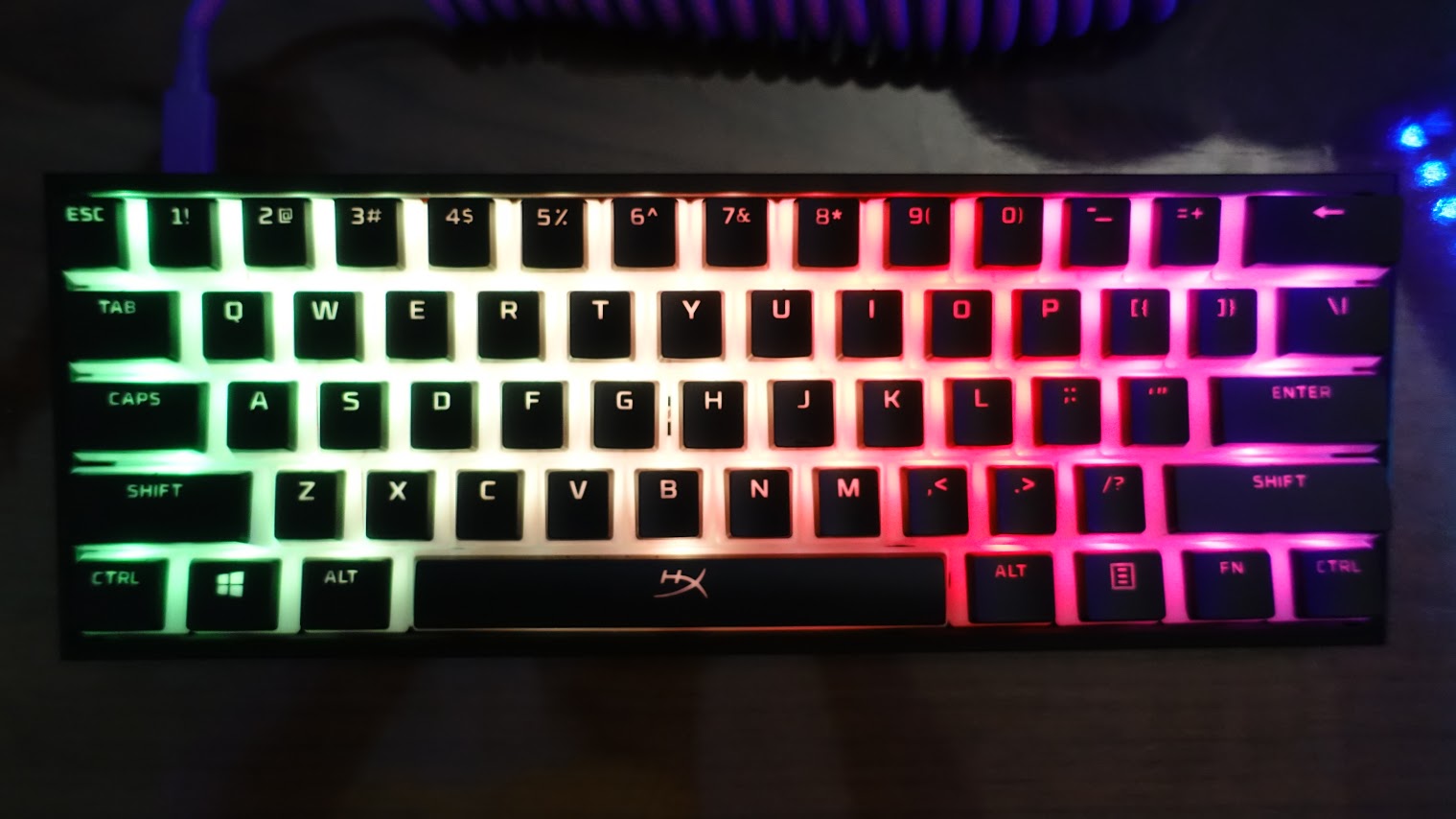 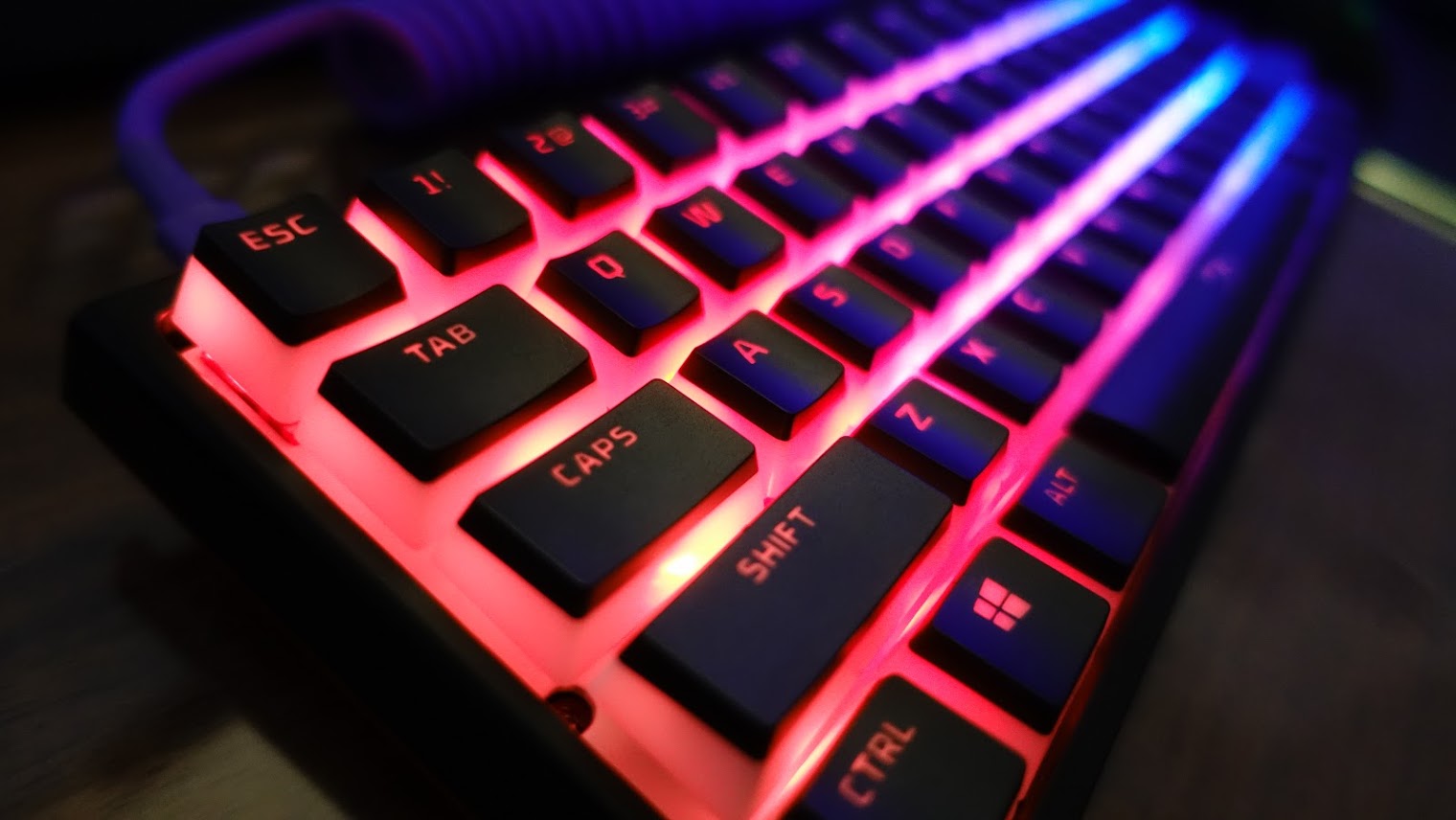 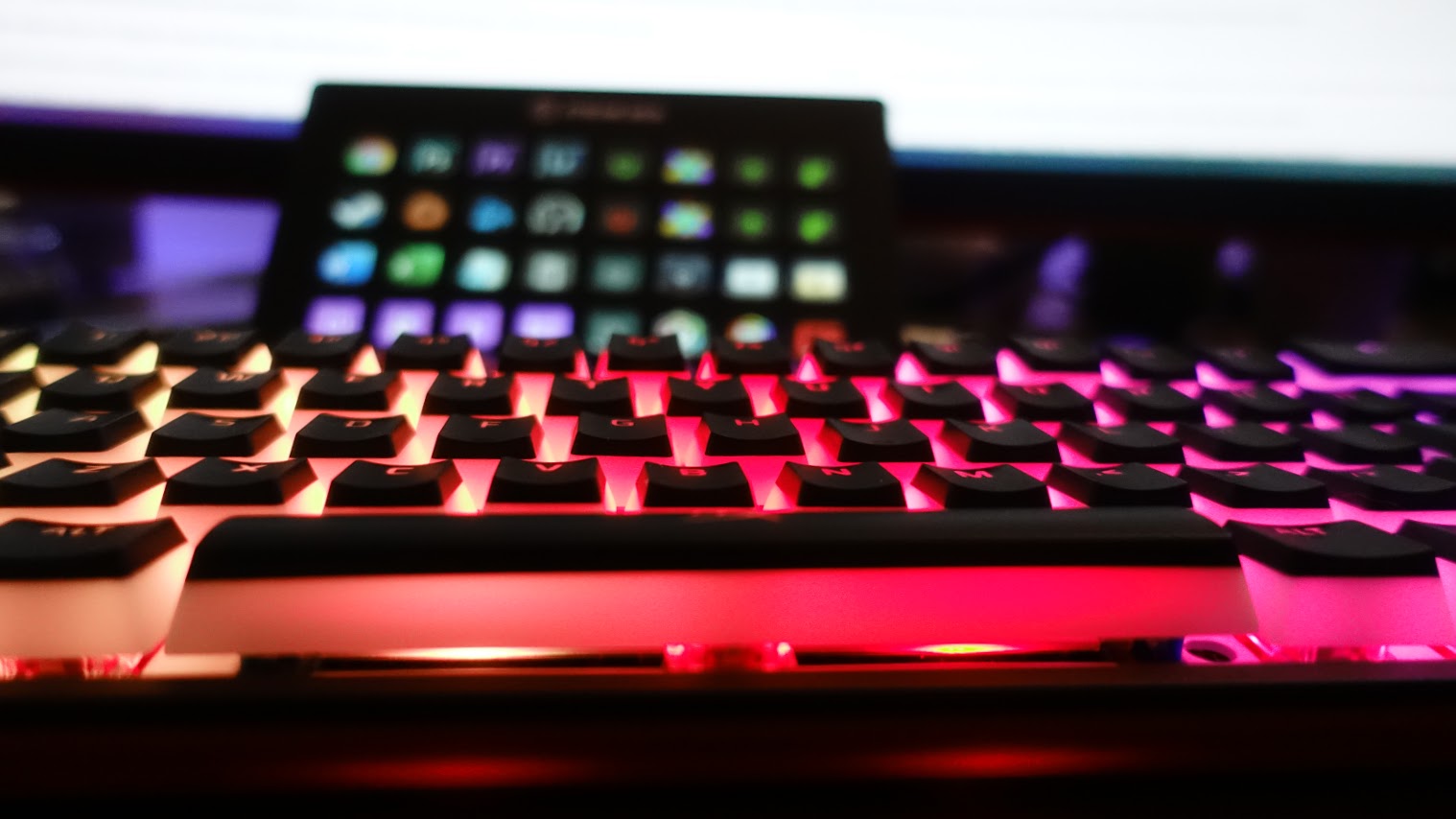 As you can tell, the difference is night and day. It transformed an already bright keyboard into an RGB eye-catcher. Clearly, however, this is for RGB lovers only. If you’re not completely and 100% sold on bright, customizable keyboards, this won’t be for you. For the rest of us, this set offers an excellent visual upgrade, as well as improved durability to keep these caps looking good for years to come.

The product described in this article was provided by the manufacturer for evaluation purposes.
8.5Great
Pros
Cons
Tags
Mechanical Keyboards
Peripherals
Keycaps