We’ve reviewed our fair share of VR headsets here at MMORPG, but today we’re going home again with the HTC Vive Cosmos Elite. The original Vive was the first headset we ever reviewed. Is the Cosmos Elite a worthy successor? Join us as we take a close look and find out if HTC’s new flagship has what it takes to compete in 2020.

The HTC Vive Cosmos Elite is an interesting headset, especially now. The Cosmos originally launched way back in October. That model featured inside-out tracking and a new set of controllers. Review units weren’t available at the time, but the results were clearly mixed. Since then, HTC has worked hard to improve the tracking issues users reported and seem to have made strides. The Elite goes a different route, leveraging its modular face plate to offer significant improvements.

Instead of relying solely on the sensors built into the headset, the Cosmos Elite ships with an upgraded External Tracking Faceplate that communicates with a pair of SteamVR Base Stations. Outside-in tracking offers, without a doubt, improved tracking when positioned in the corners of your room. Since the Vive Cosmos is one of the most adaptable VR headsets on the market, I was able to use my existing Base Stations with no problem, mounted in the upper corners of my room, and found the tracking to be on par with my Steam Index. That modularity also allowed me to swap in my Index controllers for an even better experience. 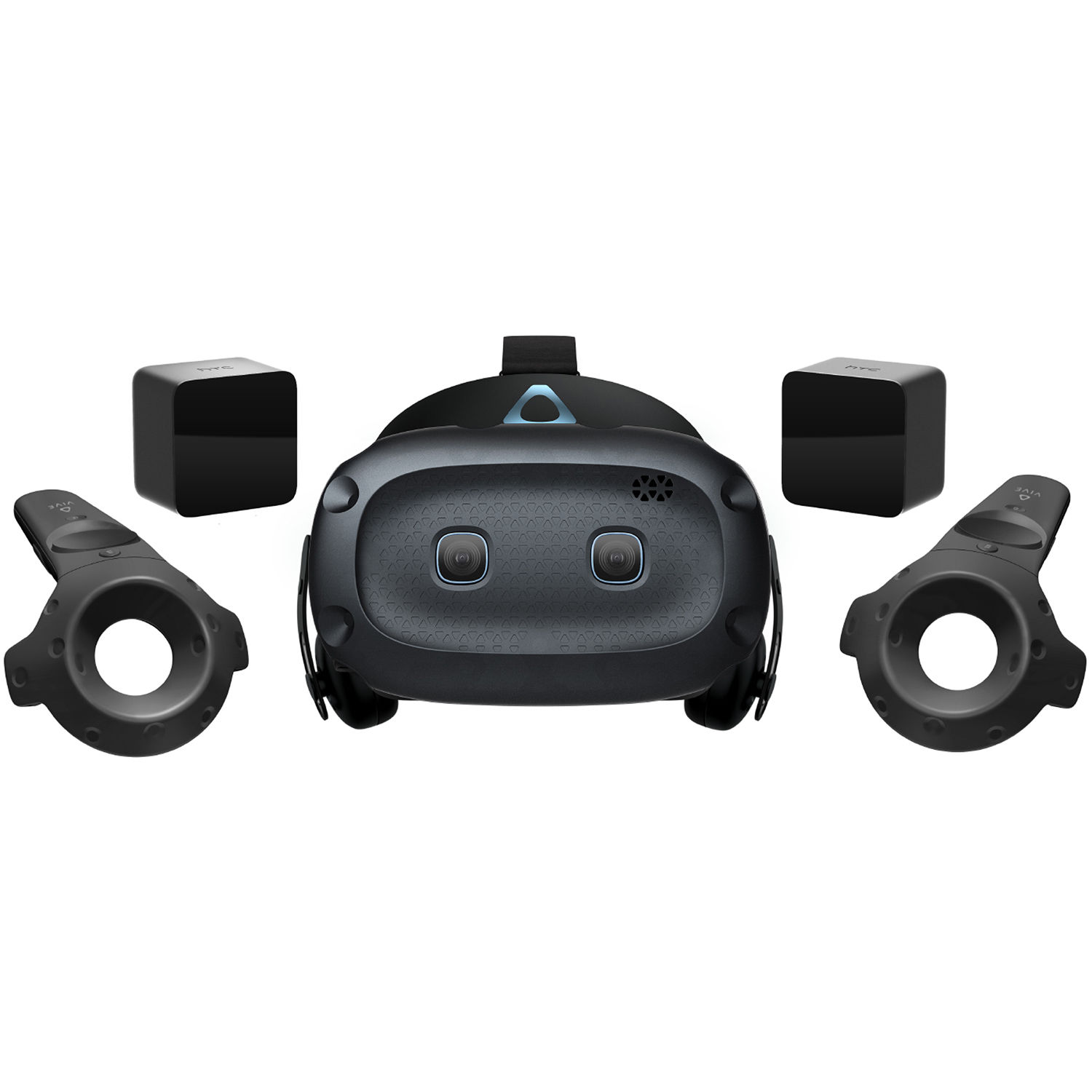 Apart from the External Tracking Faceplate, the Cosmos Elite is the same as the original Cosmos. It offers a wide 110-degree field of view, 90Hz refresh rate, and a high 1440 x 1700 resolution per eye (the Index is 1440 x 1600). These are respectable specifications for any VR headset, but the resolution is clearly the high point.

Visually, it’s a major improvement from the Vive but falls a bit short of the Index. The screen door effect is dramatically reduced, but I had trouble keeping the headset consistently positioned to avoid blurriness. As a result, I really had to crank down on the headset which made it less comfortable over time and also very difficult to wear with glasses. I also found the lenses to show god rays in some dark scenes, which isn’t uncommon but was enough to remind me just how close the lenses were to my eyes.

Those issues aside, the Cosmos Elite offered a high quality VR experience. My go-to first games for new VR headsets are Audioshield and Beat Saber, as I quickly find myself getting lost in the flow of the music. Like the original Vive, the Cosmos Elite offers excellent audio with wonderful spatial positioning. Music games shined, but blasting away at zombies in Arizona Sunshine and ghouls in Fallout were immersive and a lot of fun.

I also really appreciated the ability to flip up the faceplate. Ask anyone who has spent hours in a VR headset and they’ll tell you, one of the worst parts of getting up and running is taking the headset on and off. The repositioning, tightening, repositioning, re-tightening is obnoxious, especially for minor interruptions. Every VR headset should have this feature.

That said, the Cosmos Elite also feels like it’s stuck in a middle-ground between generations. Take, for example, the controllers. Since the Elite no longer uses the inside-out faceplate, it’s no longer able to work with the new Cosmos controllers, and so ships with original Vive wands. I’ve always liked the wands, but on a $900 headset, I would have expected more innovation.

Likewise, it also feels slightly last generation with the cables. There is no unified Type-C connection, which is much simpler if you need to disconnect your headset after use. I’m still waiting on a company to offer a better system for managing all of the wires inherent to modern VR. It’s not just the headset; when you factor in the base stations and controllers too, it becomes quite a bit to manage. Of course, none of that falls at the feet of HTC or the Cosmos Elite, but it doesn’t do much to solve this issue. Still, it does have a wireless adapter, but at $348 extra, it’s a pricey accessory.

All of that said, none of these things change the fact that the Vive Cosmos Elite is still one of best VR headsets on the market today. The resolution, field of view, refresh rate, and fidelity are all excellent and enough to deliver at outstanding VR experience. If tracking issues were a problem in the past, they simply weren’t here. I was able to get lost in other worlds without missing a beat once I was up and running and positioned correctly. 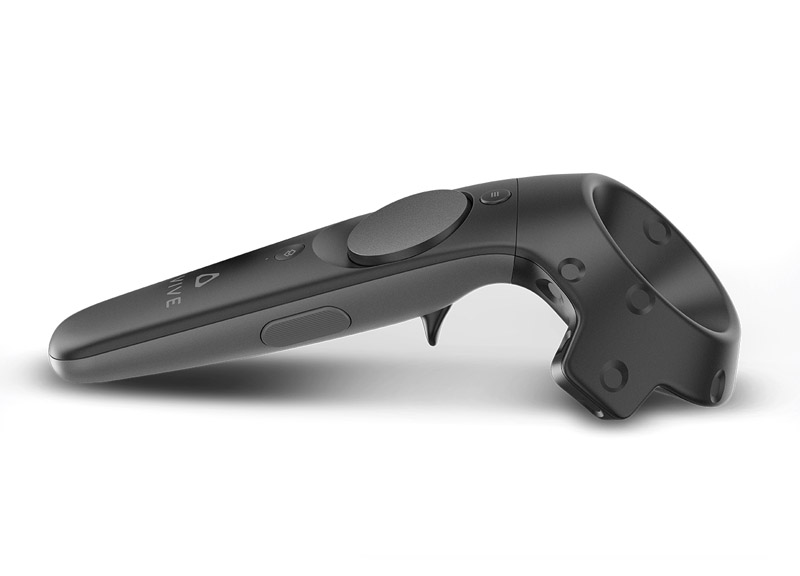 At $899, however, the Elite is priced so close to the Steam Index that comparisons are inevitable. That’s not a comparison that the Cosmos Elite can hold up to — at least when purchased as a full kit. The current price is only $100 less than the Index which offers the potential for an improved field of view, improved base stations, a higher refresh rate, and Valve’s outstanding knuckles controllers. The controllers alone are worth saving for, but add in its other improvements and the Cosmos Elite becomes a hard sell at the current price point. Likewise, headsets like the Oculus Rift S and Quest offer reduced specs but can still deliver engaging and immersive VR experiences for far less. Where does the Cosmos Elite fit in?

Right now, if you want the upper end of what VR has to offer, there are really two options: the Cosmos and the Index. Except, if you want an Index, you’re looking at a two month wait to actually receive your kit. The Cosmos, on the other hand, has no such delay — though, perhaps in current times, that’s not such a problem. Instead, what seems like the best value is if you’re already a Vive owner that’s interested in upgrading. In that case, you’ll already have the base stations and controllers and only need the headset, which is priced at $549. Still more expensive, but much more reasonable considering you can have it immediately and upgrade controllers down the line.

After about a month with the Vive Cosmos Elite, there’s no question that this is a good VR headset that can provide excellent VR experiences. At the same time, the Cosmos Elite kit desperately needs a price cut. If you’re upgrading from the original Vive, you’ll be impressed at the visual upgrade and easy modularity of the system to take advantage of your existing gear. If you’re buying from scratch, though, it’s a much harder sell.