When it comes to high-resolution headphones, HIFIMAN is one of the most respected names in the business. You don’t have to be rich to try one of its headphones out for yourself, however, as the brand new HE400SE clearly proves. Coming in at an affordable $149, this new headphone features a spacious soundstage that’s great for music or gaming and an innovative Stealth Magnet design with its planar magnetic drivers. Is it a worthy upgrade for your gaming or music rig? Let’s take a closer look and find out. 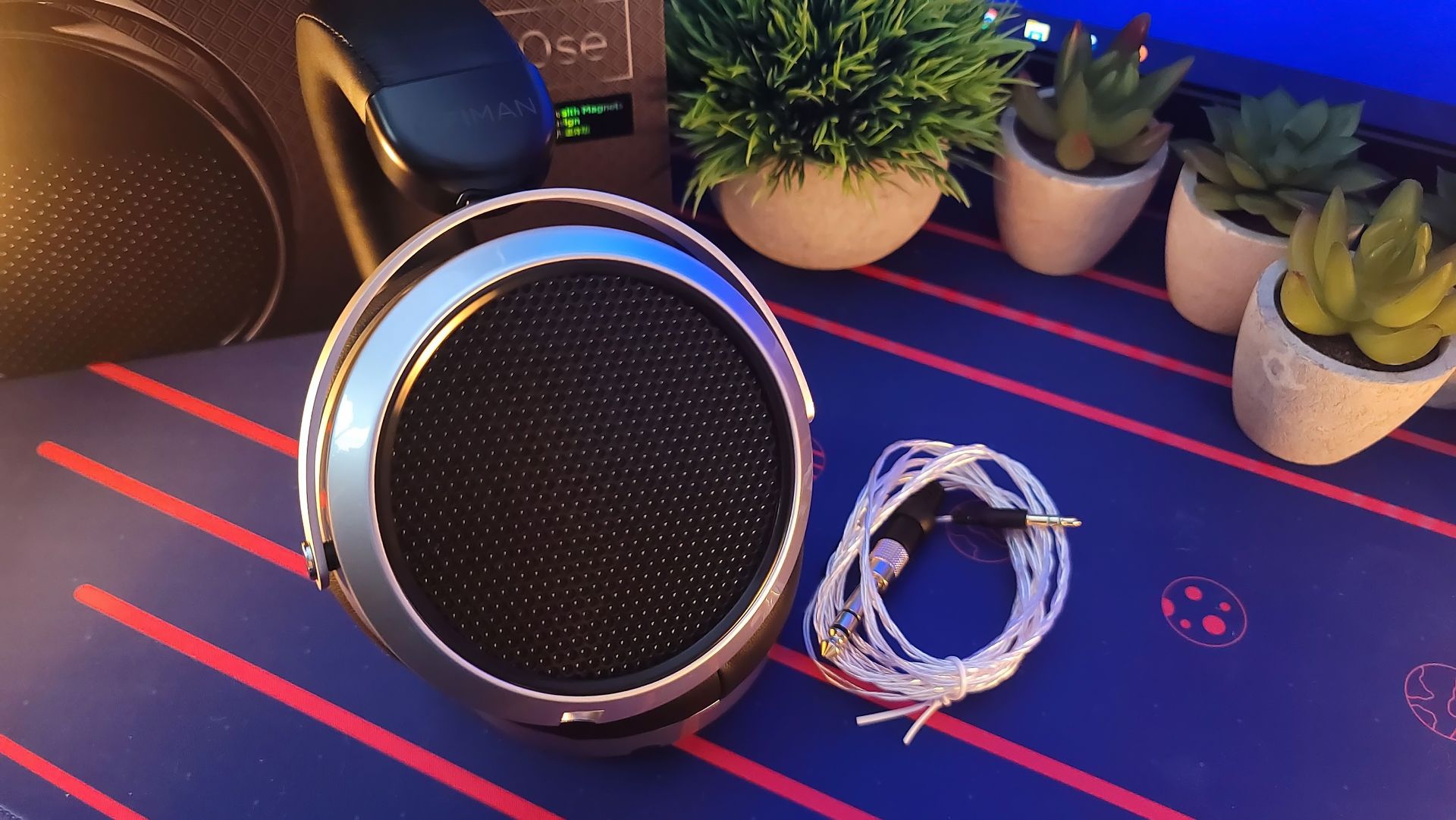 If it ain’t broke, don’t fix it. That seems to be the overriding design principle with the HE400SEs. If you’ve seen an HE400 before, or indeed, many of the company’s headphones, you’ll immediately see how it fits in with the family. The HE400SEs are a refinement on the popular HE400s, and last year’s HE400i’s in particular, not a reinvention. Considering how popular those headphones are, that’s a good thing.

That isn’t to say HIFIMAN hasn’t made some changes, however. The 400SEs feature an elegant silver design that I prefer to the traditional black. The color matching between the metal yokes and plastic ear cups is spot on, so the entire thing looks metal even though it’s more of a cost- and weight-saving plastic. Even though the earcups are plastic, the build doesn’t feel cheap. The yokes and adjustment band are metal and the padding on the ear cup and headband is plush and high-quality. The pads are similar to those on the HE-X4s I reviewed earlier this month but the stitching is a bit tighter making them look nicer. 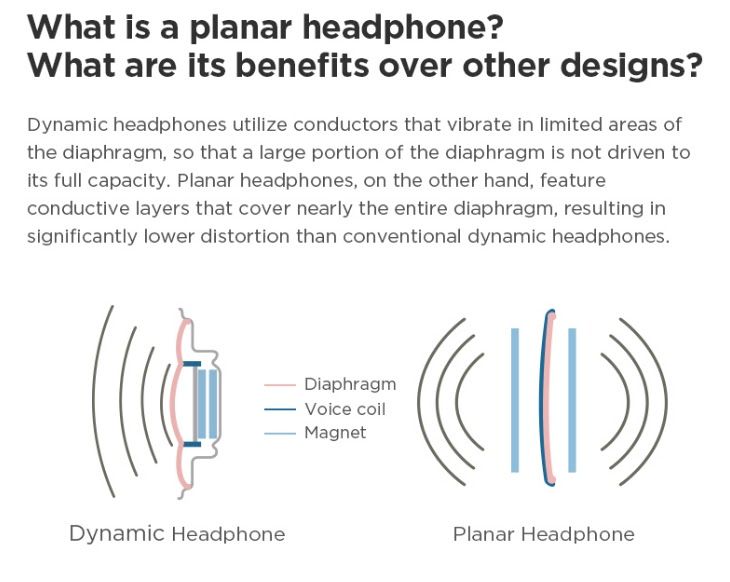 The 400SEs are a planar magnetic headphone, which you can see described by HIFIMAN itself in the graphic above. I would add that this design often results in a heightened sense of clarity and detail, particularly in bass and highs due to this design, lending them a unique timbre compared to dynamic headphones. These drivers are rated for 20Hz-20kHz, but unlike the HE-X4s, I didn’t experience any distortion when cranking the volume, so there’s extra headroom for EQ and driving these with a nice amplifier. While you don’t explicitly need it, I do recommend pairing them with some kind of amplification. With a sensitivity of 91dB and impedance of 25 ohms, most computers will find themselves volume limited and not achieving the full potential these headphones offer.

The headphones feature HIFIMAN’s new Stealth Magnet design. Planars work by balancing the diaphragm within a magnetic field. Given the physical presence of the magnets, this could result in unwanted diffraction of sound as sound waves bounce off the magnets before making their way into your ear. The Stealth Magnet design is intended to reduce this to inaudible levels, further reducing distortion. In truth, this isn’t something I’ve ever been able to personally perceive, so the benefits here would be minor if even perceptible to a listener like myself. This type of design would typically be delivered on higher-end planar magnetics that cost much more, however, so I’m not about to turn away premium design feature making its way onto a more affordable model. 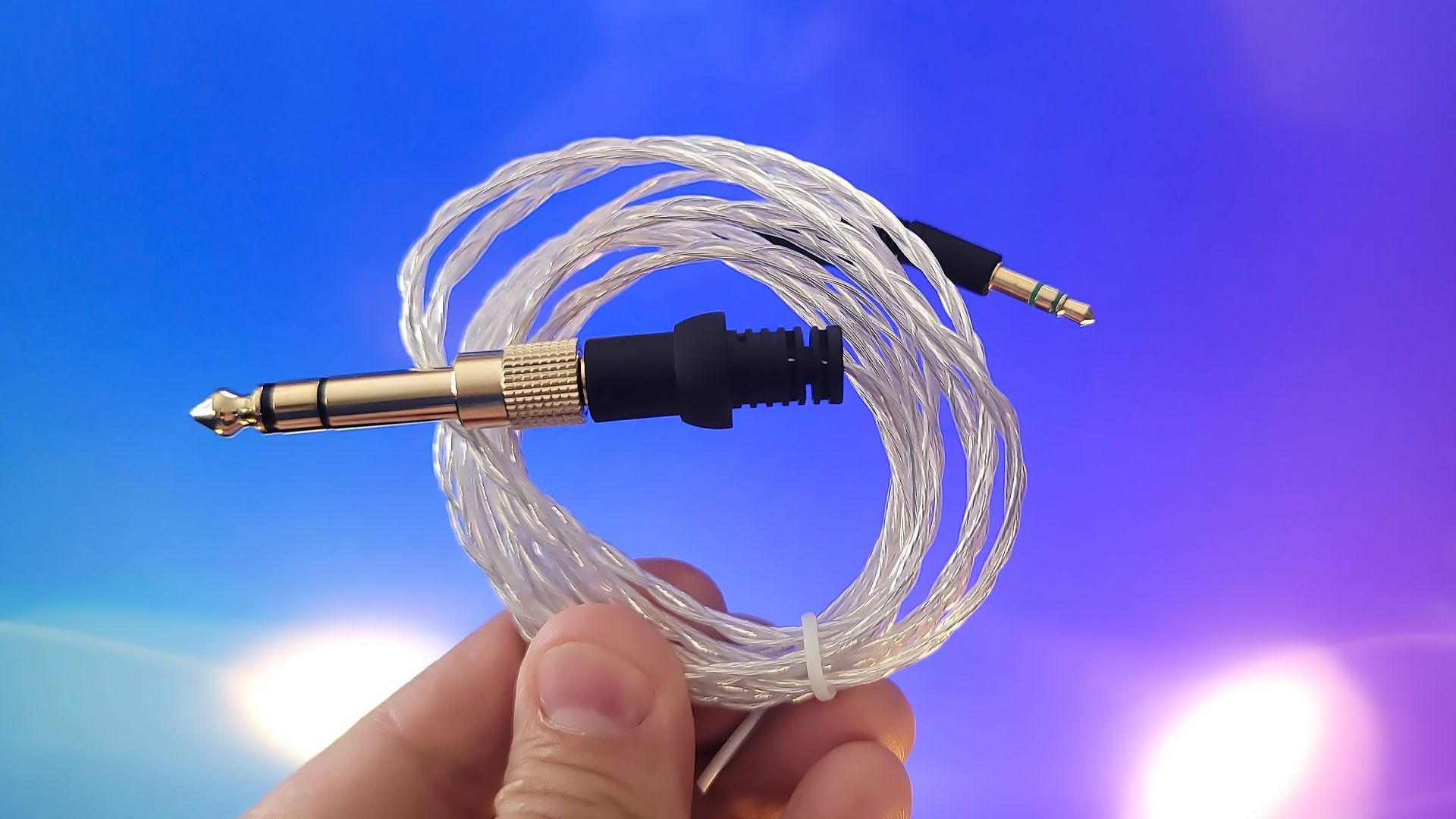 Overall, the HE400SEs are a good value for the money in terms of build, appearance and design. The only thing I really dislike is the new cable. It looks nice and isn’t microphonic (sending friction noise through the cable into your ear) but is also stiff with lots of cable memory. It’s not a cable you can easily wrap up without creating new coils if it’s stored for any length of time. 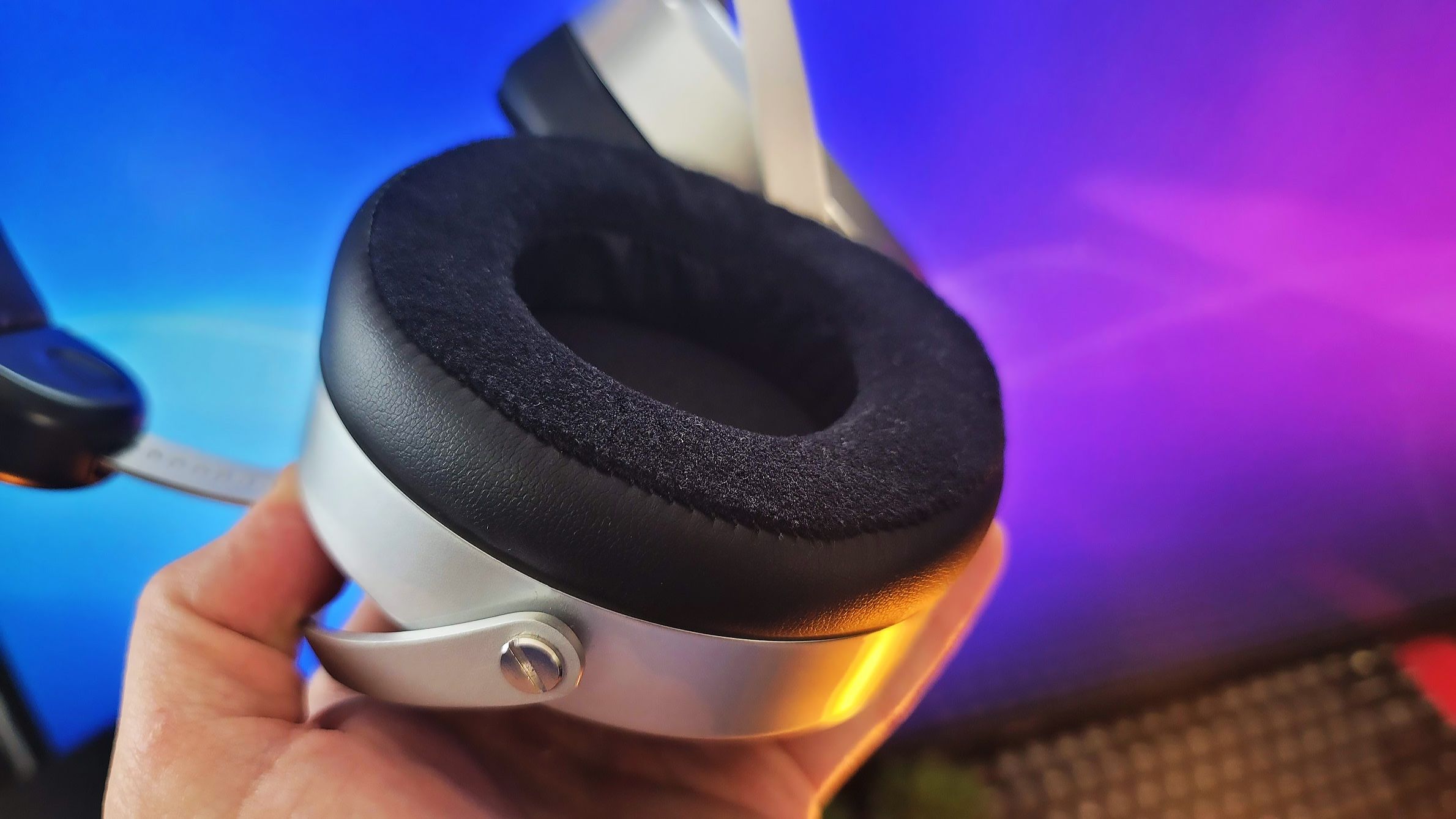 At 390 grams, the HE400SEs aren’t a light headphone but do fall in the mid-range for a planar magnetic — those magnets can be heavy! Thankfully, HIFIMAN has used plentiful padding to keep things comfortable. The ear cushions are a hybrid pad with leather on the outer rim, velour on the face where it touches your skin, and fenestrated leather on the inner ring. The grip force is fairly tight but thanks to these pads, they feel genuinely nice when worn and didn’t result in any negative effects, like jaw pain or headaches. 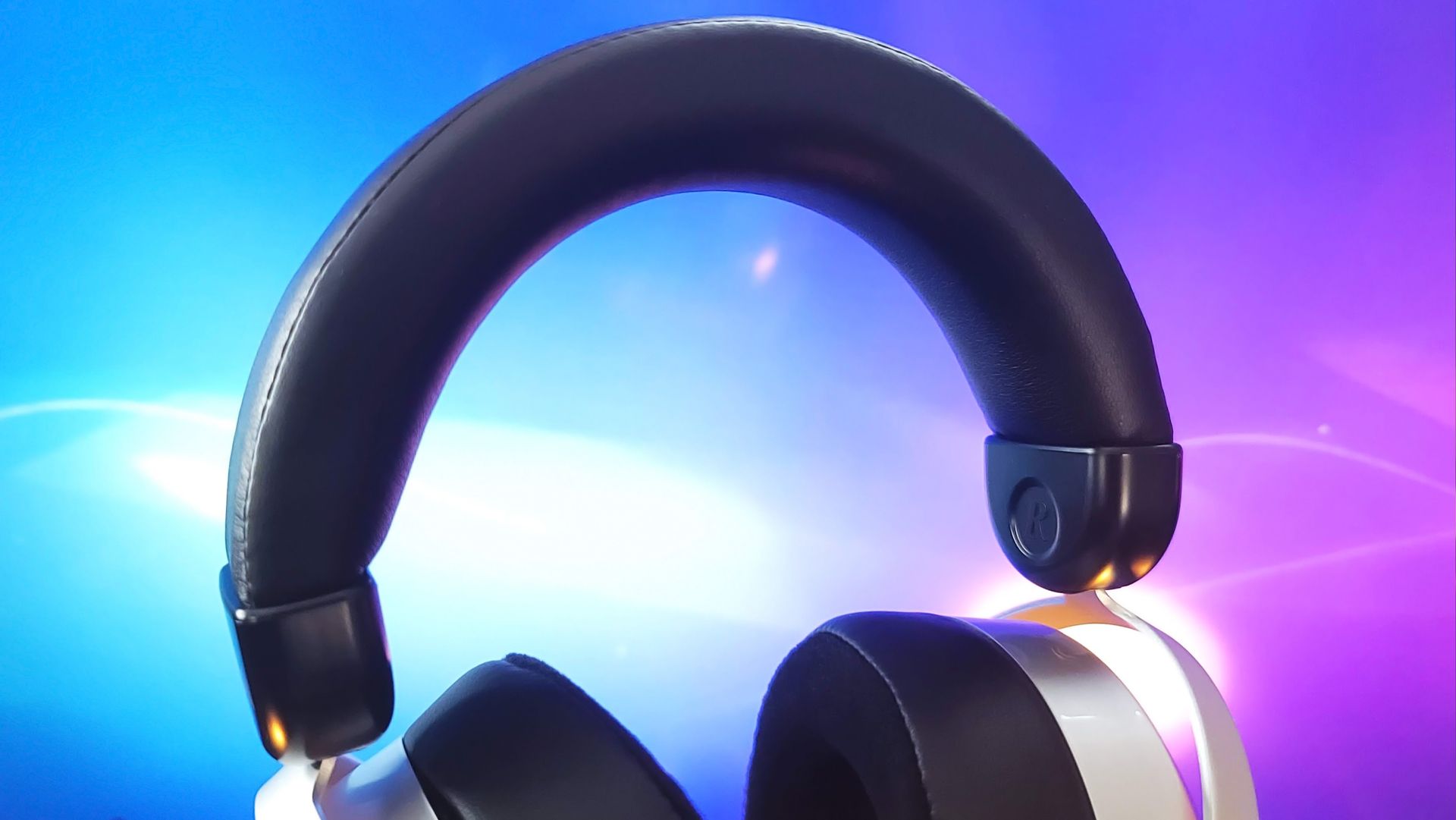 The headband is also quite plush but doesn’t quite stave off hotspots. I keep my hair cropped close and am particularly sensitive when it comes to developing sore spots. Unfortunately, I found that I needed to adjust these frequently to adjust their angle. This was a surprise coming from the X4 which is both heavier and has a less-padded headband and didn’t cause hotspots. All in all, this wasn’t a deal breaker but is definitely something to keep in mind if you have a sensitive dome like mine.

Looking at HIFIMAN’s HE400 line-up, we have a pretty good stratiation:

As such, the HE400SE has a pretty defined place in the hierarchy. Having never heard the original HE400i or 4XX, I can’t speak to those but I can say that it turns the dial on the HE-X4.

In general, these have a fairly balanced tuning. Neither the bass nor the treble is overly tuned up but each does a good job of injecting what you’re listening to with energy. I would describe it as a mild U-tuning. Each is drawn out enough to add that liveliness that makes listening fun but doesn’t become boomy or peaky, which makes them an enjoyable listen that isn’t fatiguing over time.

When it comes to bass, the responsiveness on point. Kick drums sound as tight as they should and bass guitars are able to fill in the low-end “bed” that makes music and gaming sound full. That said, it’s not quite as detailed as the Sundara — which, in fairness, is more than twice the price. That said, these do a very reasonable job that’s very enjoyable mixed with a whole song or game soundtrack, especially when the mids come in and lay on top. 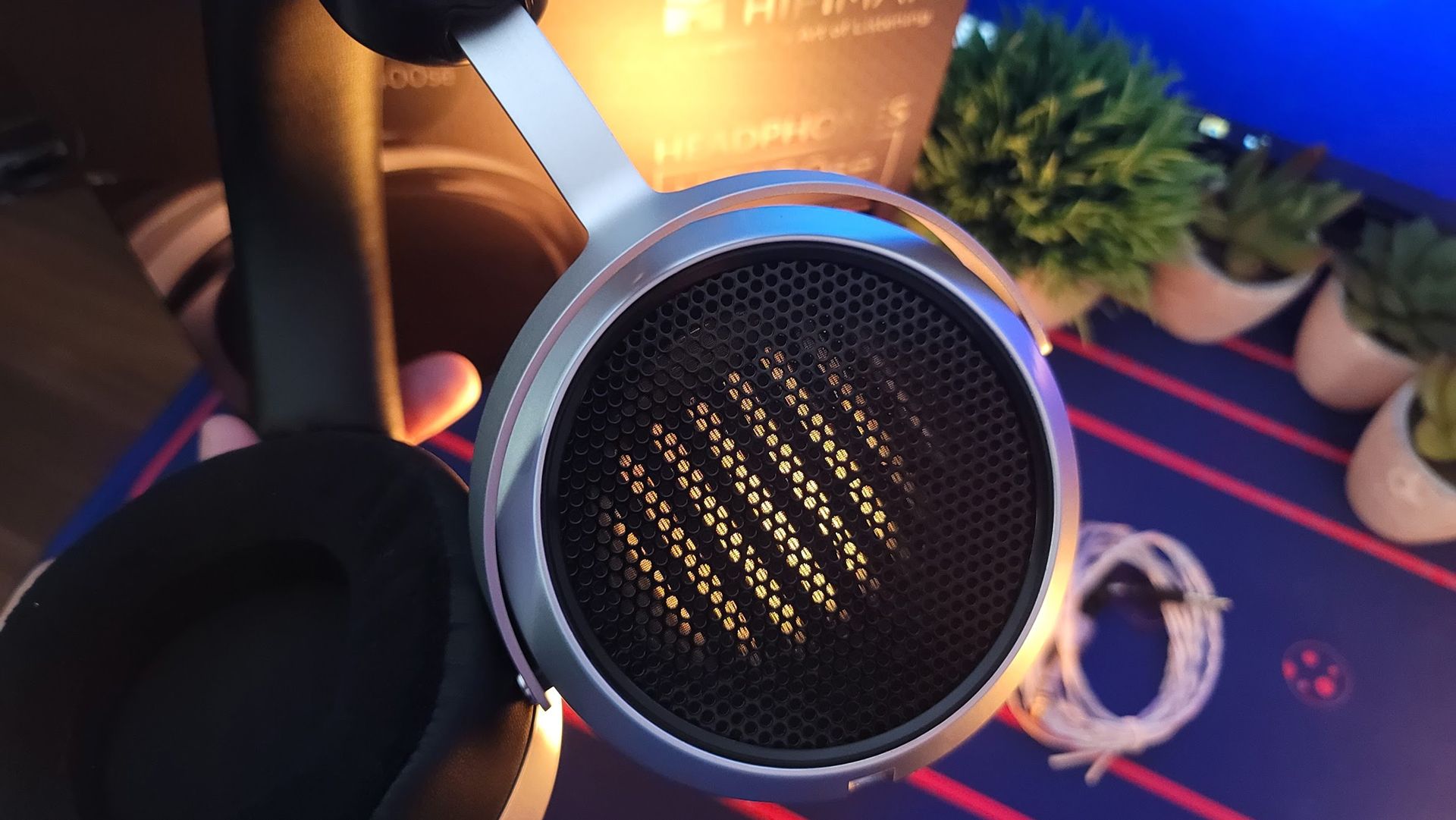 Vocals sound great on the HE-400SEs. There’s an intimacy to them that makes them sound closest to your ear without sounding compressed or unnatural. Listening to The Crowing by Coheed and Cambria, the multi-layered harmony leading into the outro sounded sweet. Like the X4, the 400SE does a good job of pulling sounds apart so you can hear each clearly but also balancing their place in the wholeness of what you’re listening to.

Treble is also nice on these. It’s softer, making sure you’re not losing anything, but they’re never sharp or fatiguing. I really enjoyed listening to heavier music with these, like Funeral For a Friend, where cymbal splashes could act as more subtle accents.

When it comes to soundstage, the HE400SEs offer a fairly wide listening experience which is great for gaming. They’re more constrained than the Sundaras or Audeze LCD-1s, but that’s to be expected from a more affordable headset. For gaming, however, I found they delivered a realistic listening experience with a great sense of atmosphere. Positionality is very good, and that HIFIMAN imaging makes picking out every tiny detail easy and natural even when there are multiple audio cues competing for your attention. Add Dolby Atmos for an extra touch of surround, but it’s certainly not necessary to have a great gaming experience with these headphones. 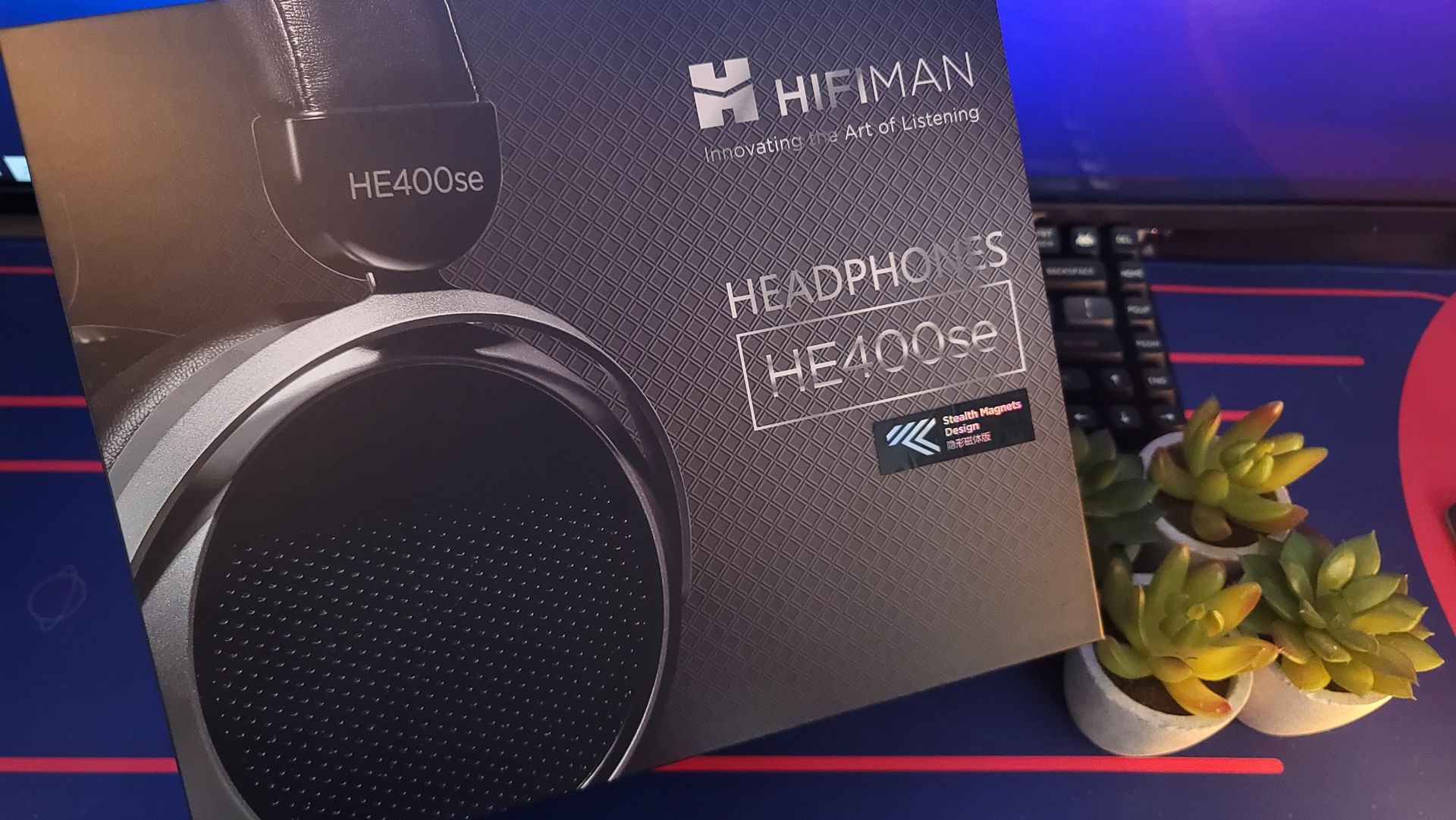 The HIFIMAN HE400SE make for a fun listening experience, especially at this price. Compared to the HE-X4s, these offer a nice upgrade in sound for only a moderately higher price. The cable could use improvement, and the headband did cause me some minor irritation at times, but overall these are a solid buy at only $149.

The product described in this article was provided by the manufacturer for evaluation purposes.
8.0Great
Pros
Cons
Tags
headphones
audio
Lifestyle Tech
HIFIMAN