V-Moda is one of the biggest names in headphones, and we’re returning to take a look at one of the most interesting products in its line-up: the M200 ANC. It’s a headphone tuned for balance, allowing you to hear every small element in your music and games, and adds active noise cancellation to block out the outside world. At $480, they come at quite a premium.

Join us as we find out if they have what it takes to live up to the competition at this price. 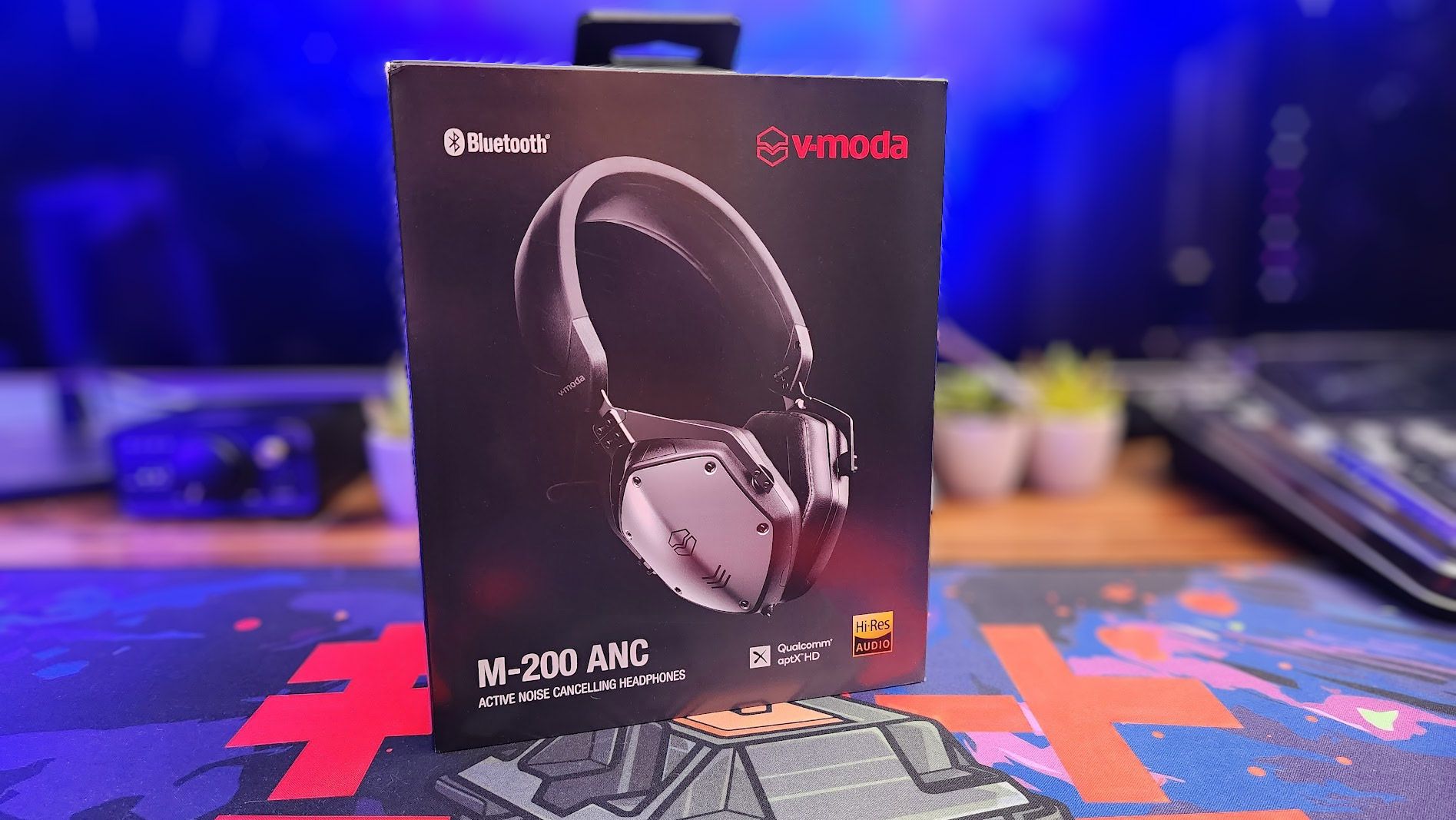 If you read our review of the V-Moda Crossfade 3, or are familiar with any of the prior Crossfades, than you’ll have a good idea of what to expect from the M200 ANC. It’s a wireless pair of headphones with a robust construction, stylish looks, and for the first time ever on a pair of V-Moda headphones, active noise cancellation. The brand has always been premium priced and this entry is no exception: it’s available today for $480, which is is a slight discount from the original $499 launch price.

Where the M200 stands apart is in its tuning. Unlike the Crossfade 3 Wireless (reviewed here) which is tuned for a fun, club-like sound, the M200 is tuned as a pair of reference headphones. This means that that they have a more neutral sound signature that doesn’t emphasize any register — bass, mids, or treble — over any others. This tuning stands apart from the warm, bass-centric drive of the Crossfade 3 Wireless. These headphones, in theory, could be used in a studio to mix together instruments and create the next hit song. 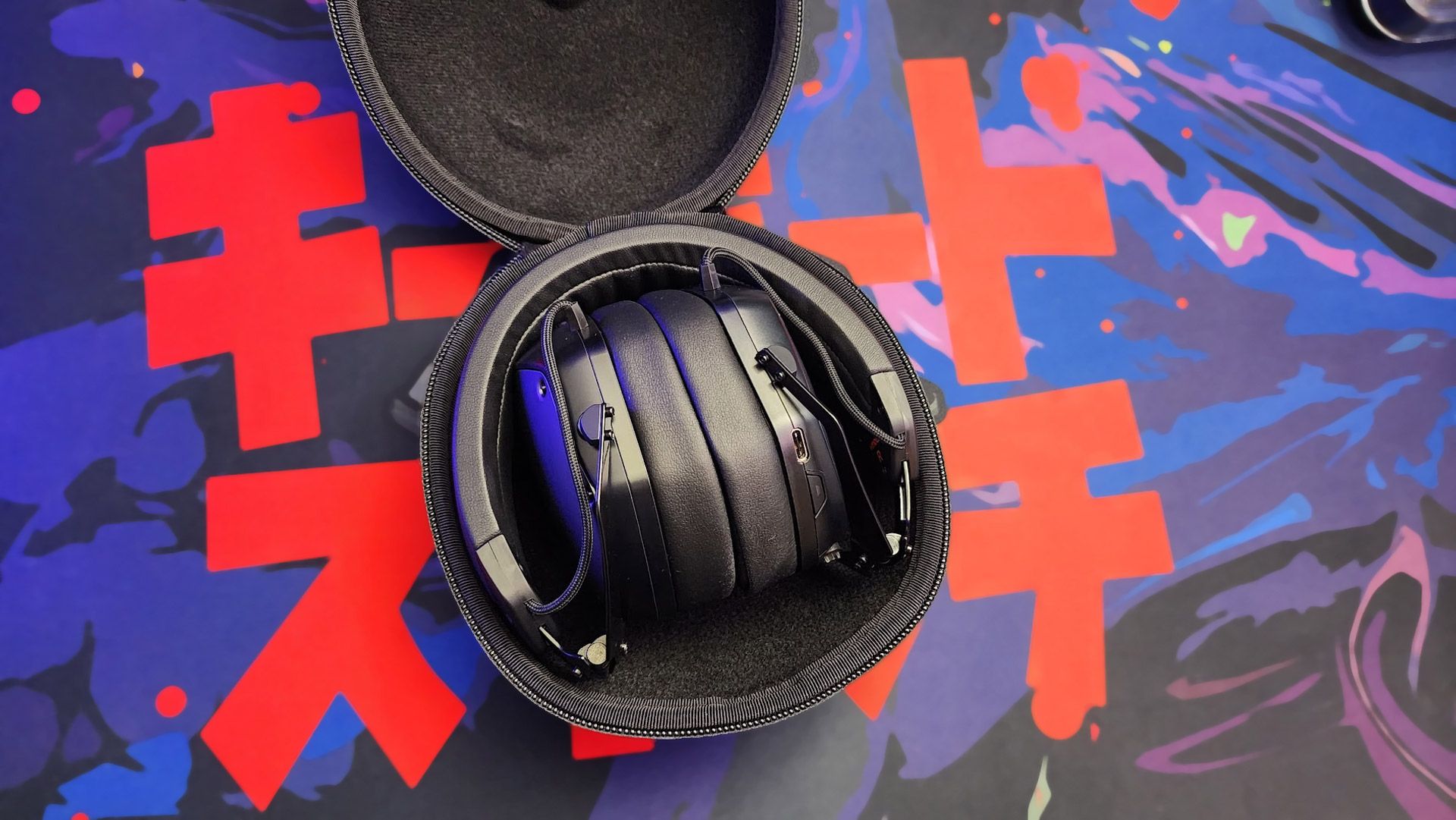 Elsewhere, the design is much the same. We find the same robust metal construction with the spring-steel headband. The earcups have the same interchangeable faceplate design, complete with customization options at checkout when you buy directly from V-Moda 9but are gunmetal and black by default). The yokes and pivots are all metal, and when not in use, a pair of innovative hinges allow the entire headphone to fold into itself to fit into an eminently packable exoskeleton travel case. That too is much the same, made of a hard shell with a soft-touch exterior and fabric-lined inner chamber to keep your headphones safe when they’re not being used.

The earcups feature the same diamond-shaped design and were just large enough to completely encircle my ear. The cushions are leatherette which creates an effective, sound-isolating seal thanks to the “just tight enough” grip force. They’re just under 0.75 inches thick and weren’t thick enough to keep my ears from touching the driver. I didn’t mind, but like their size in general, your mileage may vary if you have larger ears.

The design is very fashion-forward, and on that level, V-Moda is one of the best in the game. Its headphones are easily some of the best-looking you can buy and are one of the few brands I don’t mind wearing out in public. Their slim form doesn’t stick out as much as even the Bowers & Wilkins PX8s, making them one of the sleekest pairs of high-end headphones you can buy today.

They’re also quite comfortable. V-Moda applies a bit more clamp force than competing brands, but it keeps them in place very well. I’m not sensitive to this, but if you are it is definitely something to keep in mind. The cushions and headband do a good job of distributing the weight of the cans and avoid hotspotting, but at only 320 grams in total weight, this isn’t shouldn’t be much of a concern anyway.

The headphones are controlled using a series of buttons on the left earcup. Track and call controls are all managed using three buttons on the top of the cup and each has a raised button to easily identify them without looking. The bottom of the cup has a power button on diagonal and an ANC control on the other. 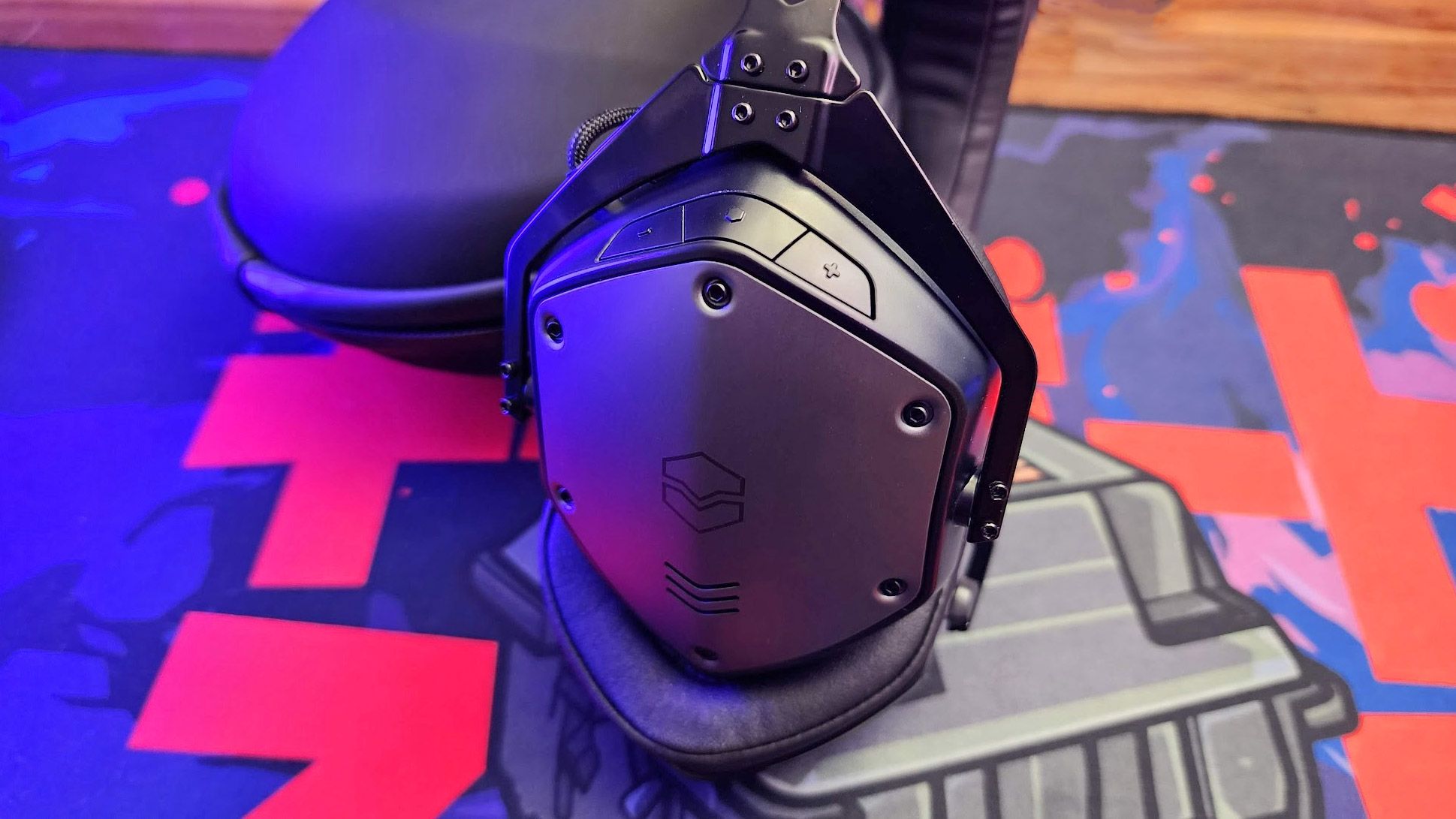 The ANC is customizable across 10 levels inside the V-Moda mobile app, but there is no dedicated transparency mode, which is quite an omission that impacts its usability. The earcups don’t rotate, so if someone needed to talk to me, I either had to rest them around my neck or take them off completely.

When it comes to wireless tech, the M200 ANCs connect using Bluetooth 5.0, which was reliable and fast to connect. They also support high resolution listening with AAC and aptX HD. They also support multi-device pairing but don’t actually support multipoint to quickly swap between devices. Battery life is quoted at 20 hours but will vary depending on your wireless codec and the volume you listen at.

Like the Crossfade 3 Wireless, the headphones support wired listening with an included analog cable. That means they’re also compatible with the V-Moda Boom Pro X microphone and can quickly transform into a wired gaming headset for in-game chat and Discord. The quality is fantastic, too, and would allow the headphones to work for things like streaming and podcasting.

The V-Moda M200 ANC are expensive headphones that are designed to compete with other heavy hitters like the Apple AirPods Max. They’re also much more in line with the type of headphone I’m personally inclined to like. As a reviewer, I have to put those personal preferences to the side in the name of objectivity, but we all have our biases. In my case, I like bass but found the Crossfade 3 Wireless a bit too warm for my taste. The balance of the M200 ANC should be right up my alley.

And they can, but weren’t at first. The headphones aren’t new, and one of the common refrains in reviews is that they just don’t sound that great out of the box. That was my experience also, delivering a sound profile that was a bit muddy and lifeless. That’s where the app becomes an absolute necessity as the preset EQs work to remedy this. Even better, the app comes with a five band customizable EQ to really dial in the sound.

The above profile is what I settled on and should give you an impression about just how much tweaking I had to do to get the V-Moda M200 ANCs sounding good. They needed much more juice in the mids and highs, much less in the mid-bass, and a bit more sub-bass to fill out the body of songs. I found this to work quite well for my mix of metal, progressive rock, classical, and chillstep.

With EQ, they can sound very good. I’m quite happy with them now that I’ve tuned the sound to my taste. There is plenty of detail in the highs, dropping the mids cleared up the muddiness in the sound and the added sub-bass gives it a bit more reach. With this tuning, they’re perfectly matched for me and are able to deliver the best of both worlds between great sound and sleek looks.

Should a headphone that costs almost $500 require this much tweaking? Probably not. I’m really not sure what V-Moda was going for with the stock tuning. It didn’t sound neutral to my ear so much as veiled, cloudy, and constrained. The Crossfade 3 Wireless had a vision for what that sound should be. The M200 ANCs just seemed to lack that.

These are V-Moda’s first headphones to include active noise cancellation and it is unfortunately not very good. It blocks out a minor amount of droning noise but the effect is quite minimal, even compared to budget in-ear headphones, like the Earfun Air Pro 2, which are roughly a 10th of the price. The lack of ambient mode is also a big omission and makes the M200 ANCs one of the only headphones in its class to lack this feature.

The app is also rather finicky. It often wouldn’t detect the headphones as being detected even though they were. I would have to click the icon for the headphones, which still read disconnected, to force the app to search and reconnect. It’s a small thing but reflects a lock of polish.

The M-200s also aren't a great fit for gaming. The soundstage is constrained, so though they'll work like any other pair of headphones, they don't have any particular advantage other than BoomPro X compatibility. 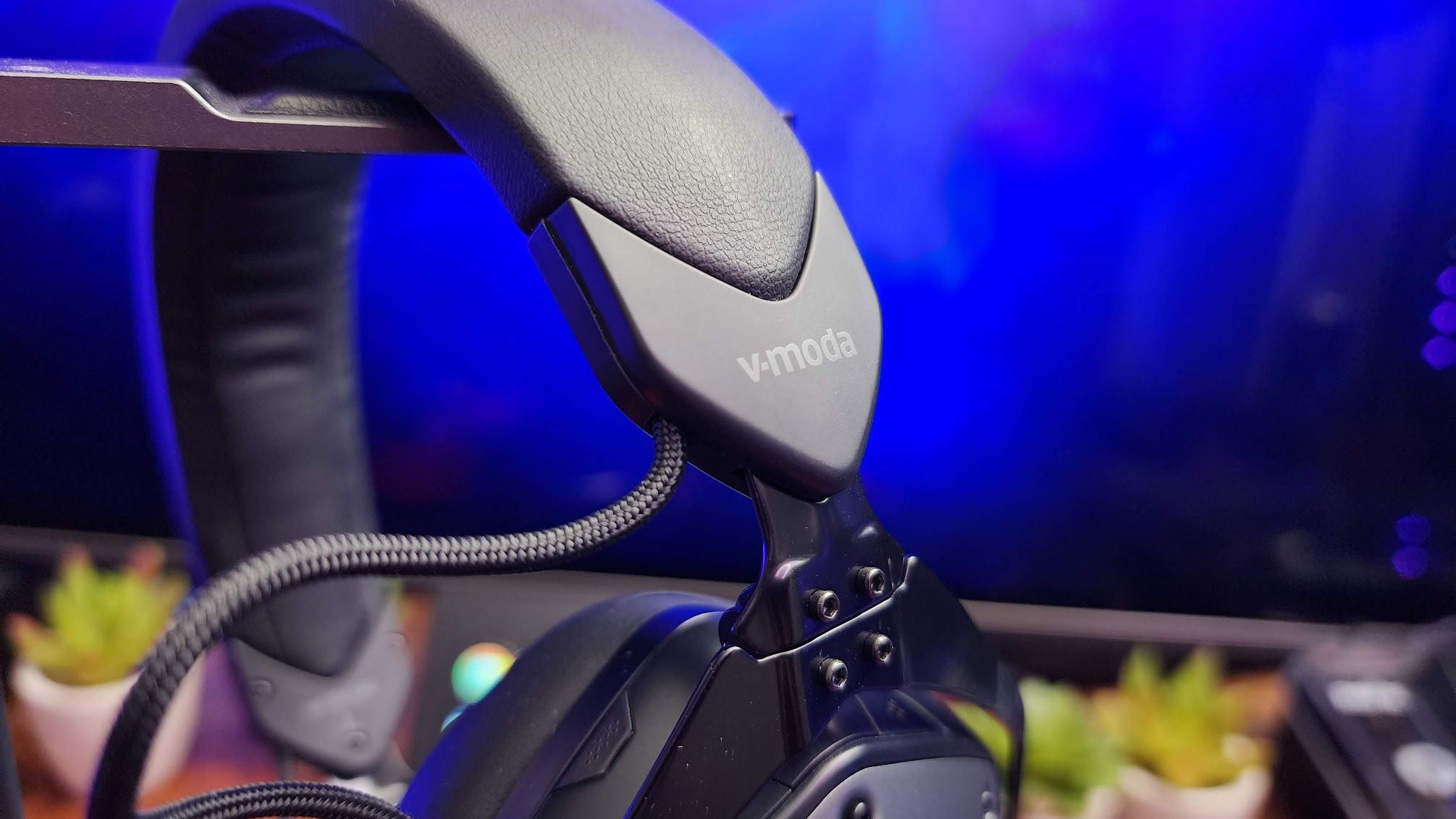 Overall, even though the M200 ANC’s can sound very good, they’re not a great value for the money. The Crossfade 3 Wireless are cheaper and sound better out of the gate, even if you do have to do some tuning in the EQ. Though the style and build quality are top notch, there are a few too many sacrifices you’re forced to make, especially at such a high price. Unless these are on a deep sale, I would recommend looking elsewhere.