Fiio has been one of the premiere brands in the world of ChiFi since it was founded in 2007, and indeed, has begun earning recognition even in mainstream circles. Its current line-up of products is largely wired earbuds, headphones, DACs, and amplifiers, but it has ventured into the wireless world with Bluetooth necklaces and ear hooks, such as the UTWS5, which we quite liked in our review at the beginning of this year.

The company has finally decided to combine both worlds, and we’ve spent the last two weeks with the fruit of that decision: the Fiio FW5. Featuring a design that follows in the footsteps of the FD5 and FD7, it has an elegant design with a trio of visible grilles on the back. Inside, it uses a high-quality AKM DAC that feeds into three drivers to split the frequencies and deliver excellent sound quality for music and movies. At $139.99 as of this writing, they’re well-priced and well worth considering if you want a great-sounding pair of true wireless earbuds.

The Fiio FW5 is Fiio’s first pair of truly wireless earbuds and it seems clear that Fiio was out to make an impression. The fact is, the market is incredibly crowded and it’s now possible to get a pair of wireless earbuds for less than $30. A company like Fiio has a reputation to uphold; they’re a step up from entry level but still make a point to challenge value per dollar with each successive release. 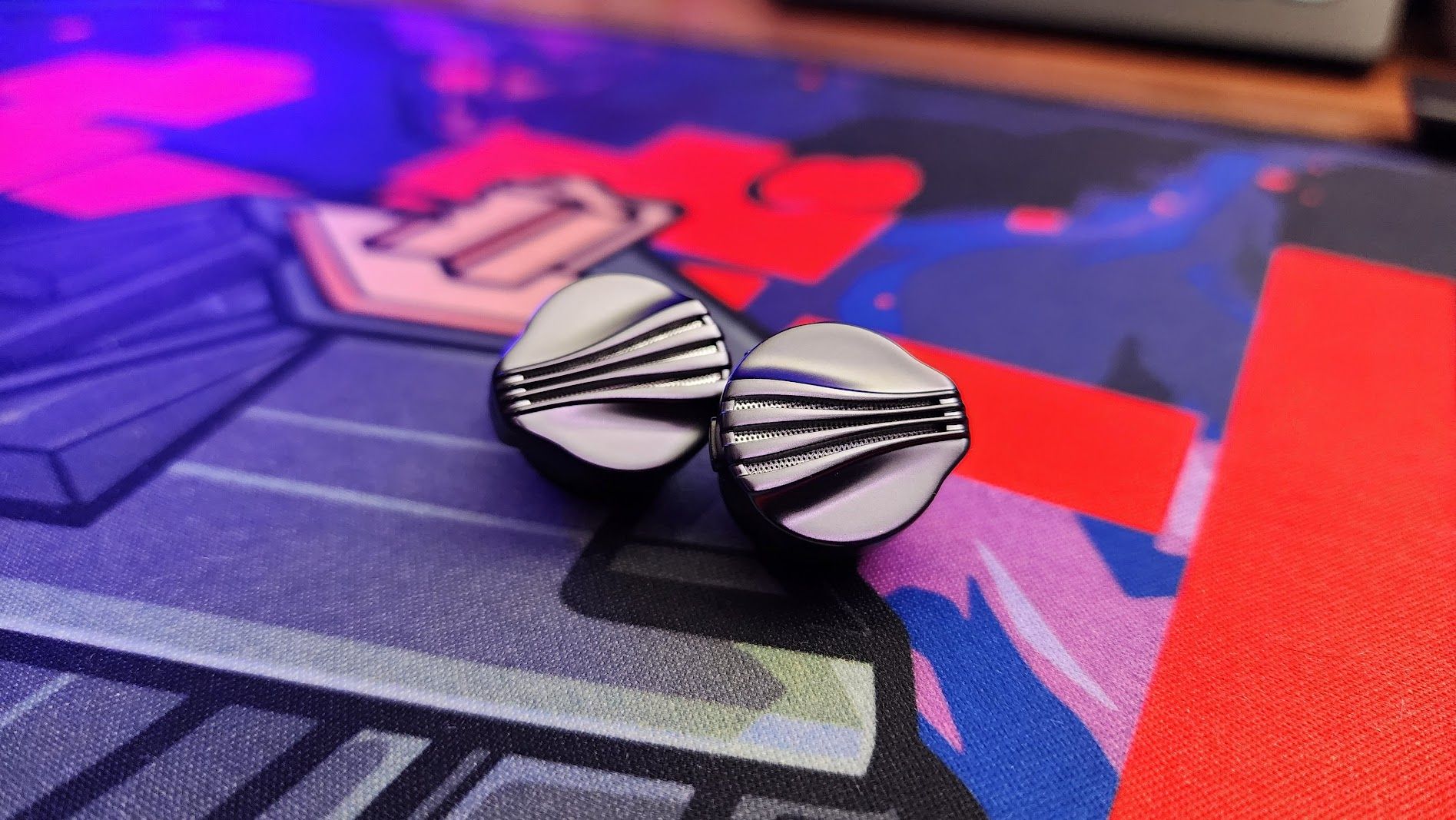 To that end, the FW5 are well crafted and feature rich. The design is immediately evocative of its FD series, but unlike those earbuds, the FW5 uses a hybrid driver array. The “D” in “FD” stood for “dynamic,”  and used that driver-type exclusively, but the FW5 uses a combination of one large 10mm driver with two balanced armatures.

The drivers are high quality and tuned to deliver a balanced sound that caters to mainstream listeners while still providing plenty of detail for dedicated audiophiles. The dynamic driver uses a diamond-like carbon (DLC) diaphragm for added rigidity, increasing its speed and detail across the lows and mids. The middle-highs and treble frequencies are covered by the name-branded Knowles balanced armatures (fun fact: this is the same type of driver typically used in hearing aids for its exceptional clarity).

The drivers are driven by a dedicated amplifier which is fed by a high-quality AKM AK4332 DAC. Most true wireless earbuds don’t bother to name the DAC they’re using, but Fiio does and that’s important. It’s a signal about these earbuds’ dedication to high-quality sound, and it also allows us to dig in and find out a bit more about the specifications it offers. Straight from the source, this is a 32-bit, high-resolution DAC with a Total Harmonic Distortion of -101dB and a Signal-to-Noise ratio of 109 dB. Those are very specs for a pair of TWS earbuds.

Fiio doesn’t say much about amplification, but we do get some details. The AK4332 features a built-in amplifier and is has more than enough power to drive these earbuds to ridiculously high volumes. It also allows for independent volume control from your device. Using a raised button on each earbud, you can raise or lower the volume across 32 steps in addition to the built-in controls on your smartphone. Fiio recommends maxing out the volume on your device and controlling your volume explicitly through the earbuds to ensure you experience the full dynamic range they have to offer.

The buds connect via Bluetooth 5.2, which provides a stable connection at a surprisingly long distance. I was able to walk 30 feet or so away, through at least one wall with heavy plumbing, and maintain a stable connection. The QCC5141 Bluetooth chip also allows you to take advantage of high-res Bluetooth codecs like aptX Adaptive and LDHC for wired-like sound quality.  There's no LDAC support, which is disappointing for Samsung smartphone users who are stuck with normal aptX.

The buds are controlled with dedicated buttons, so there’s little risk of accidental presses here. Each bud has a primary button and a secondary button with a raised bump to easily tell them apart. Together, these allow you to perform all of your basic controls, including volume, navigating tracks, managing calls, and summoning your virtual assistant. There is more of a learning curve when you have multiple buttons to manage, but I was able to memorize the controls within the first day. It’s more complicated than the traditional single, double, and triple-tap though.

The FW5 also offer app support, though, at the time of this review, the app was unable to connect to the buds (likely due to their very recent release), so I was unable to test it myself.

The battery life of these buds is good but not amazing considering they don’t have active noise cancellation. They’re rated to last 7 hours in between charges and another 21 hours with the included charging case. There is no wireless charging with this set, so you’ll need to plug in when the case is depleted, but at the current price, I think that’s a reasonable trade-off for affordability. 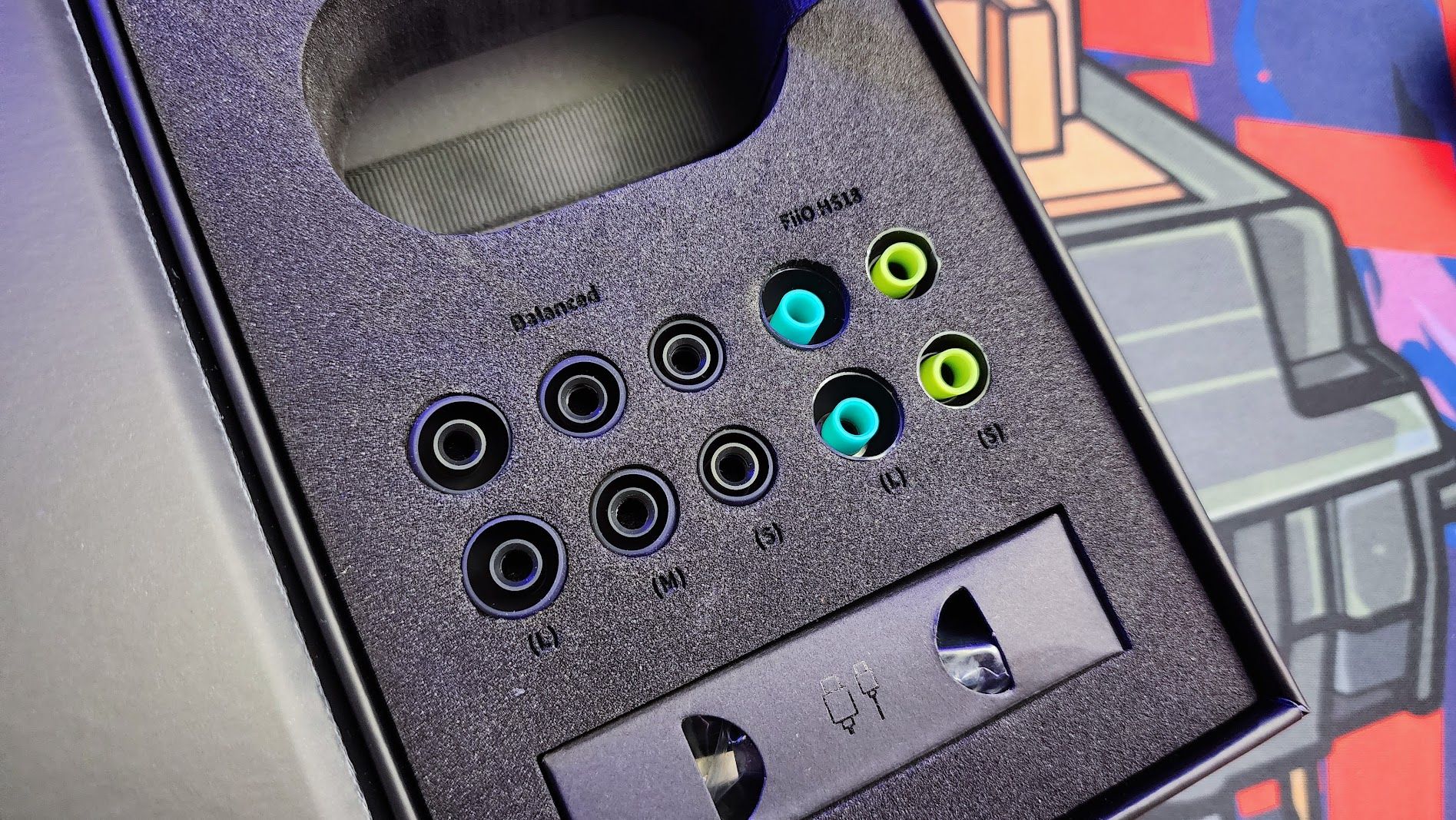 Fiio has always been good about delivering extra accessories in the box and the same is true here. In addition to the buds and the charging case, the buds also come with six sets of silicone ear tips. They come in traditional balanced tips and Fiio’s new, softer HS18 ear tips with small, medium, and large sizes of each. There’s also a short charging cable and two cleaning tools to keep your earbuds in good working order.

With that background out of the way, let’s dive into fit, comfort, and most importantly, sound quality.

The Fiio FW5 are comfortable to wear but are on the larger side. Packing three drivers and a high-quality acoustic chamber into a true wireless earbud, which already has a battery and wireless tech built in, is no small feat, so it’s understandable that they’re a bit larger. Still, if you have small ears, it’s possible that there may be fitment issues.

I have medium-sized ears and found that I needed to use the smallest size tips to fit well (medium come installed by default). With this change, the buds fit well and were secure in both ears. I did not experience any discomfort wearing them, even over periods of four hours and more.

As true wireless earbuds, the Fiio FW5 are completely independent and don’t require anything special to drive. Compared to many true wireless buds, like those from Sony, Jabra, and Bose, they have a much more balanced sound signature with smaller bumps in the bass or mids but overall a warmer signature overall. This lends them a fairly natural sound overall that is quite versatile for different genres of music and movies. 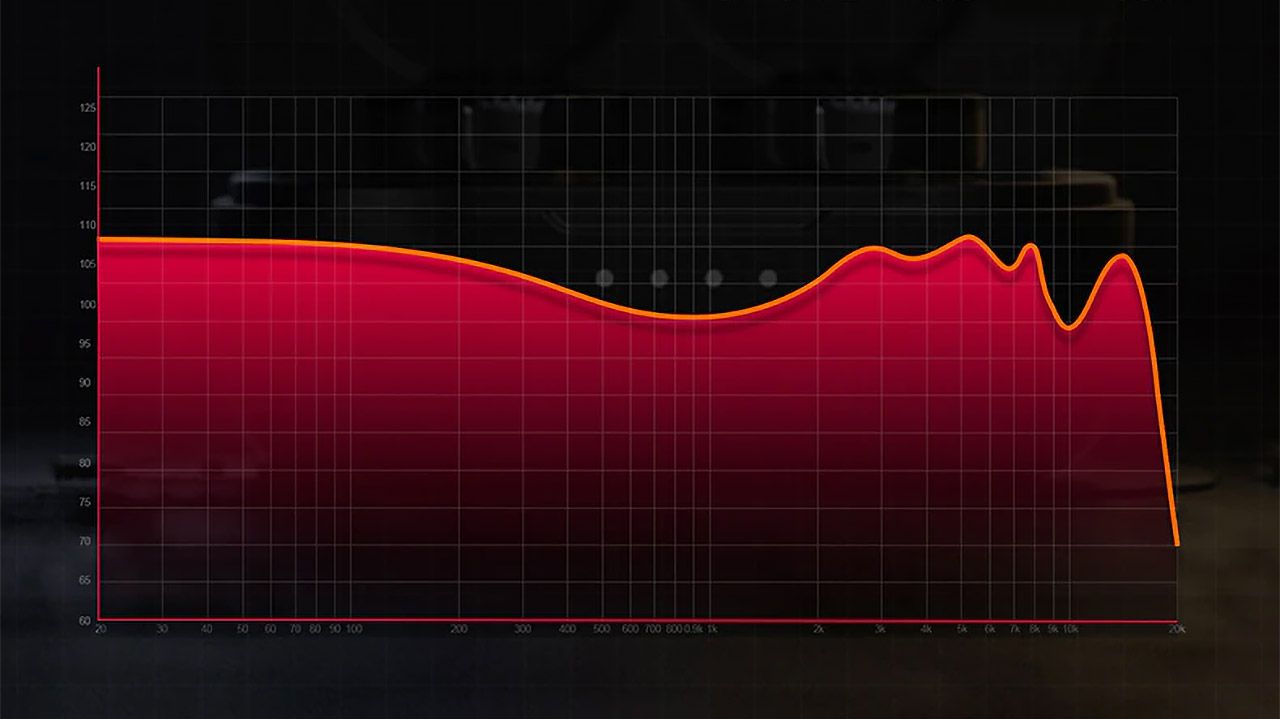 Bass: The FW5 has pronounced bass but it’s not overdone. The graph appears slightly misleading as it indicates a 10dB increase over the mids, but to my ears it is not as prominent as that. My Sony, Jabra, Bose, and Soundcore earbuds all have more forward bass than the FW5. With that in mind, these earbuds are not completely neutral and do have a bump in the low end and impressive reach into the sub-bass.

I listen to a wide range of music and enjoy lots of different types of content on my earbuds. D.R.E.A.M. by Jonny Craig relies on a deep, deep sub-bass line that’s as much of a rumble as it is a genuine note. The FW5 did a very good job of hitting this depth and did so with good detail and texture. Bass notes are clean and don’t have soft edges. Overall, the bass performance on these buds is very good. 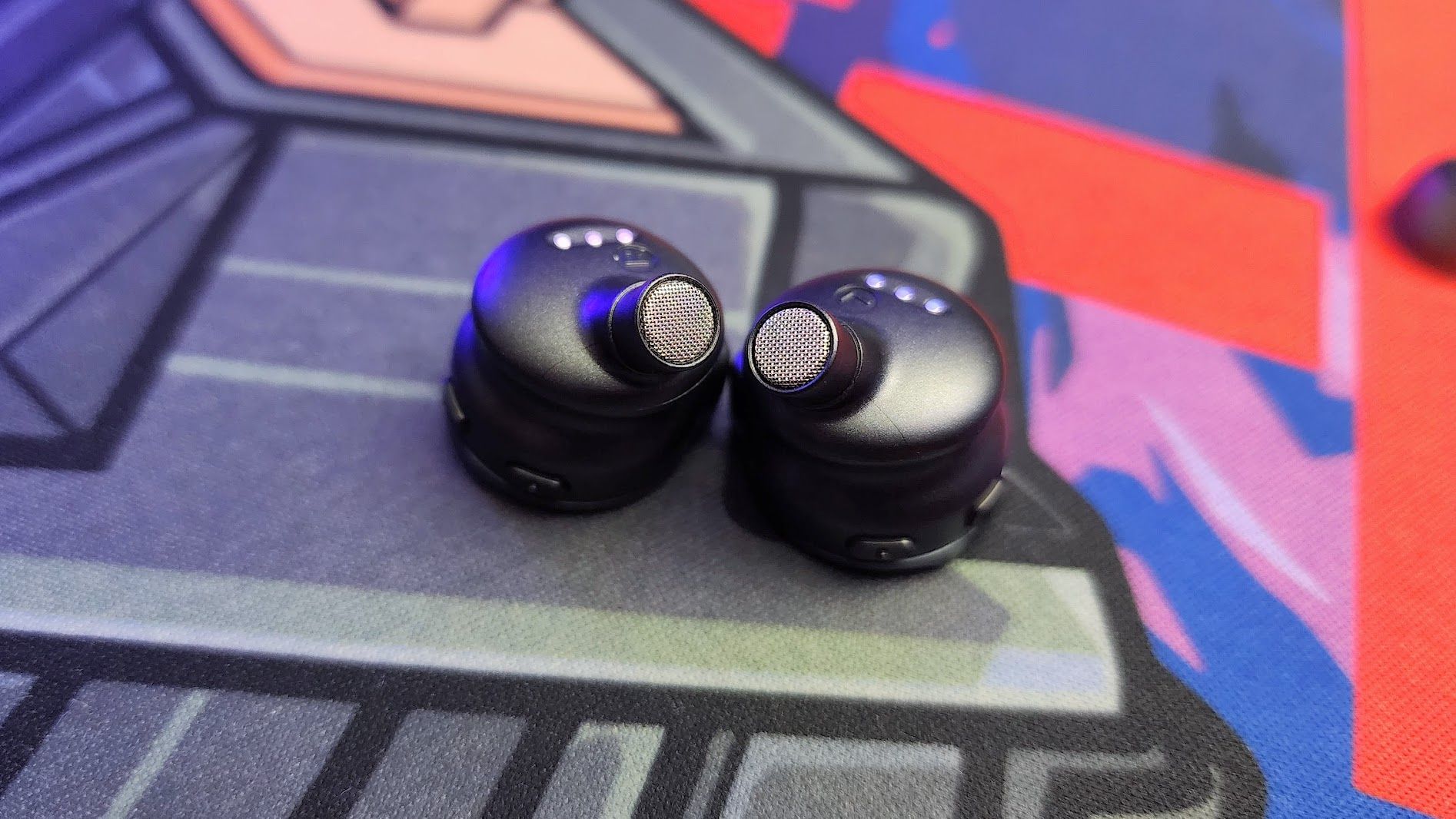 Mids: Mid performance is solid but stepped back from the bass and highs. There is a sense of warmth about the mids that comes through with tracks like Dopamine by Angel Vivaldi. Texture and details in this range are also good, but are a bit softer than we hear in the bass regions. The overall tonality is very good for metal and guitar-driven tracks, however, as they don’t have an abrasive edge that leads to fatigue. If you don’t like warmer listening, however, this probably isn’t the set for you.

Treble: Treble extension is pretty good, and I was impressed by the amount of air and resolution these earbuds were able to provide! There’s a good amount of space between the upper elements like cymbals, allowing you to hear a realistic presentation and decay. You can clearly pick out how drummers attack the cymbals with their sticks, which is a cool little nuance that is often lost on mainstream earbuds. The treble is punching up but isn’t sharp or fatiguing. Fiio wisely tempered it before this would take place, so these are a good long-term listen. 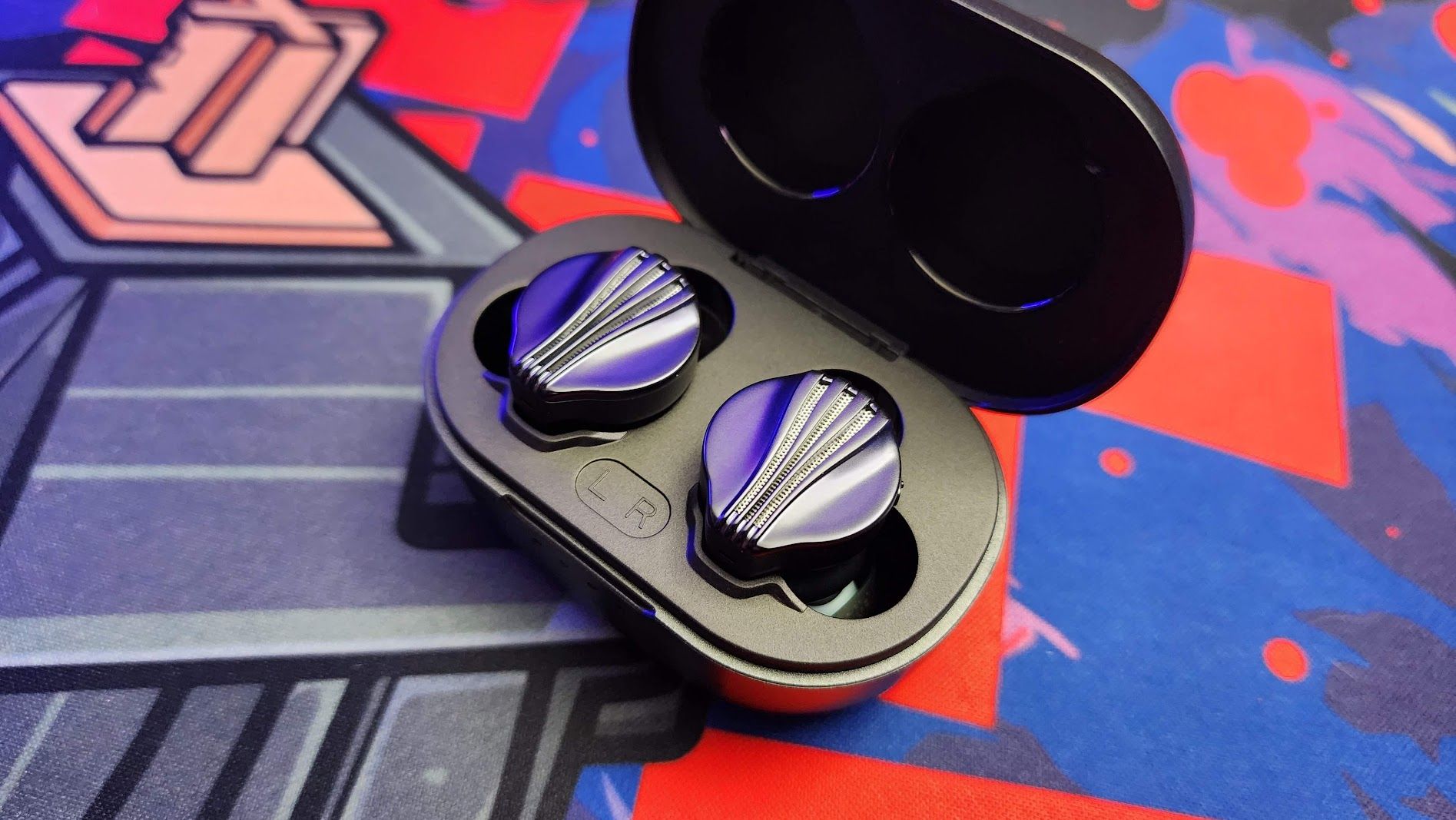 Technical Performance, Soundstage, and Imaging: The FW5 offer good detail retrieval that didn’t leave me wanting. I wouldn’t say these are class-leading; the warmer tonality doesn’t draw out fine details quite as much as something like the Moondrop Alice does or a good pair of wired earbuds, but the performance remains enjoyable and sufficiently high resolution.

What really impressed me was the sense of space to the listening experience. The soundstage is surprisingly wide for a pair of true wireless earbuds — and particularly one where the rear grilles are blocked with water repellent material beneath the surface. Instruments and sound sources have plenty of room to breathe and that space between makes the layering of songs more clear. Imaging is also pretty good with strong stereo separation and positionality.

Gaming: Even though the FW5 have a reasonably large soundstage for a pair of true wireless earbuds, I wouldn’t recommend them for gaming unless you’re connecting through the LDHC codec. This is because the buds do not have a native gaming or low latency mode apart from this codec and the delay is noticeable. This won’t make a difference for major video streaming services as they automatically account for Bluetooth latency, but is perceptible in faster paced games like first-person shooters where you will see your shot fire milliseconds before you hear it. For slower paced games like MMORPGs and turn-based strategy, this won’t be as much of an issue. Note that I was unable to test LDHC latency due to a lack of supporting devices to test on. 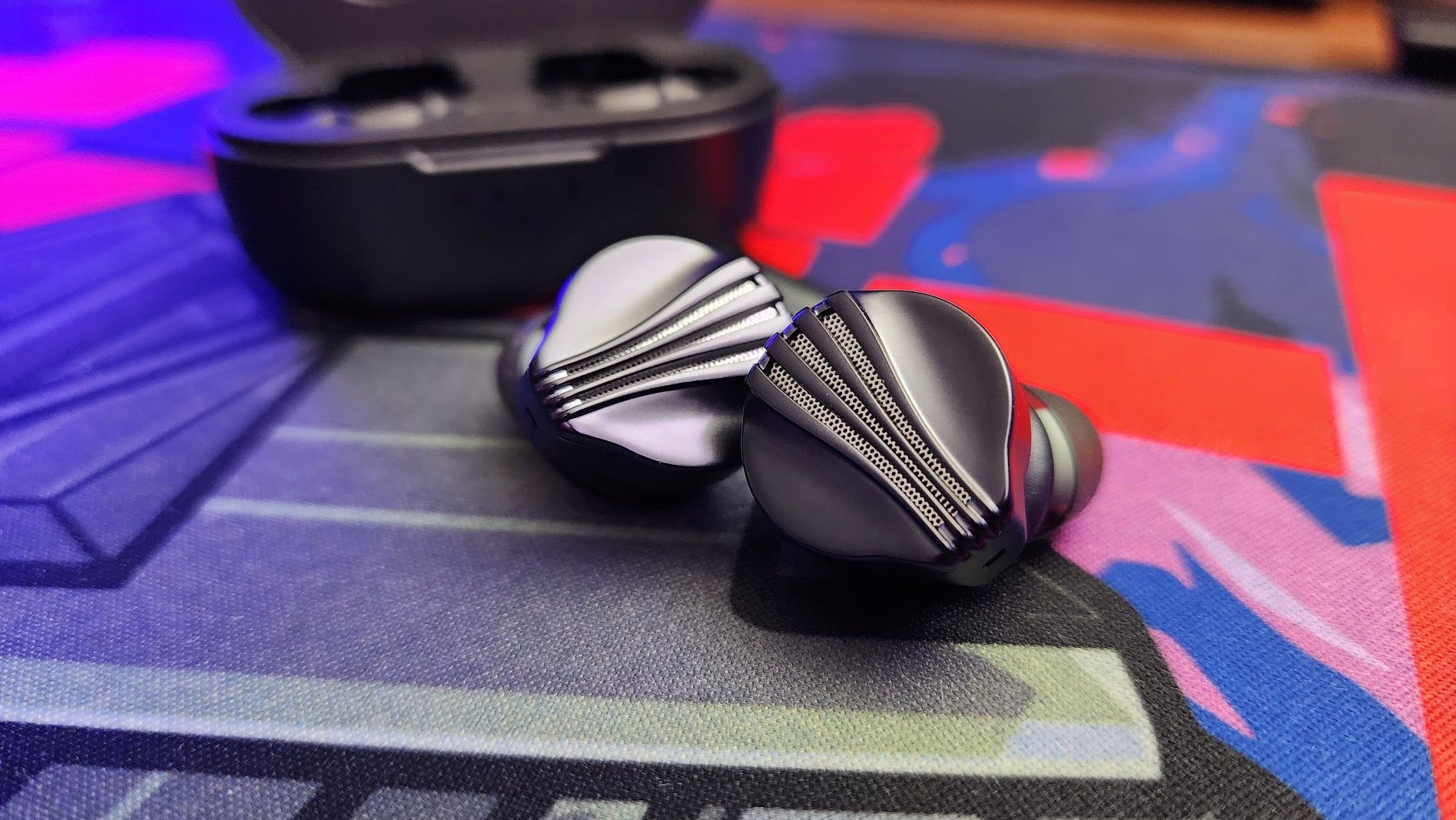 At $134.99, the Fiio FW5 fall in the mid-range for true wireless earbuds today. They’re certainly more accessible than many other flagship true wireless earbuds, but that cost savings does leave some features by the wayside, like active noise cancellation and wireless charging. Still, Fiio has done a good job with this freshman TWS release. The sound quality is on point. It’s not tuned to cater explicitly to audiophiles and that’s for the best with a product like this. It strikes a good middle-ground between resolution and clarity and fun and warmth. I like it quite a bit, and if this is the direction Fiio is going with its true wireless products, I’m excited to see what they do next.