Recently I noticed that I was getting mild to moderate headaches after spending any amount of time in front of my computer screen or browsing Pinterest on my phone. I don't usually wear eyeglasses but with every new birthday and every a computer-induced headache, I decided it was time to try a pair. Kindly, the folks at Felix Gray were able to send over a pair of readers for me. This is our review of the Felix Gray Nash computer glasses.

First, I tried a pair a friend had suggested. I hated them and rarely wore them. They were masculine and goofy looking on my small round head and the lenses were extremely amber colored. Then by chance, I stumbled upon the Felix Gray website. Immediately I was drawn to the sleek and modern frames that Felix Gray offers. Also, it appeared that there were frames that were smaller and more feminine in appearance that would look at home on my face. They agreed to send Bill and I a pair for review, but were not able to send prescription lenses for my blind-as-a-bat husband.

Ultimately, I decided to give the Felix Gray Frame "Nash" a try. The Nash frame is available in three colors which I had trouble choosing from. The rich brown swirl of the whiskey tortoise color called my name so that is what I chose. I also made the decision the get a reading lens added to my frames. I need just an extra boost so I picked a +1.00.  These are not "tech-looking" like the Gunnars or No-Scopes. They're the kind of frames you'd be happy to use every day in any situation.

Upon receiving my frames I quickly unpackaged and slipped them onto my face. I was shocked at how nicely the Nash frame fit on my small features. Not loose and not tight, It was like the Goldilocks zone for my face. And the color, WOW, perfect. The other thing I noticed was the subtle tint to the lens. Not offensively amber like the glasses I had tried previously. That was a huge plus for me. Overall I thought the appearance of my Felix Gray Nash frames was on point. Very trendy and stylish.

Next was the real test, using them while I worked on the computer. Again I was impressed. The Nash glasses reduced my glare and the +1.00 reader lenses helped to make the words I was reading a bit clearer. No headaches! I could immediately feel my eyes relax and the tension from squinting was gone. I now use my glasses when browsing on my phone, play Clash Royale, and when I sit at my computer. 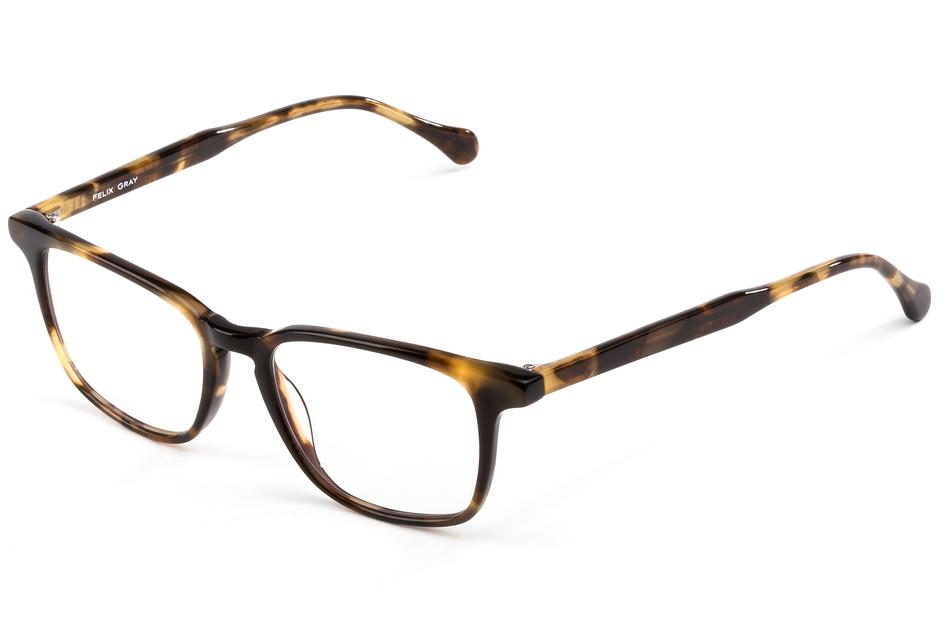 I occasionally pick up Bill's Switch for Zelda or Mario or dabble on our desktop for World of Warcraft or Assassin's Creed (when I actually get two seconds to myself). I used to always have to turn on the Night Light mode for Windows 10, even in the day but that's not the case with these. No yellow tinge, no weird alteration of the screen's brightness.

I enjoyed the reading lens so much that I wear them when I do non-electronic tasks that require fine detail. When I sew and cross stitch I can see what I am doing. AMAZING!

After wearing my Felix Gray Nash frames, I would definitely recommend them to others and would order again for myself.

Mom to two regular kids, three furry ones, one crazy cat, and a husband too. Gamer at times, writer at times, busy always.