After tangling with lengthy cables for years, it is finally time to upgrade to a big girl headset: the H3PRO Hybrid from EPOS. Yes, it has taken me this long to finally embrace the cult that is wireless headsets, but I just hate the idea of my audio dying during the middle of a big raid or an intense PvP match. Could this be the one to finally change my mindset? Keep on reading to find out. 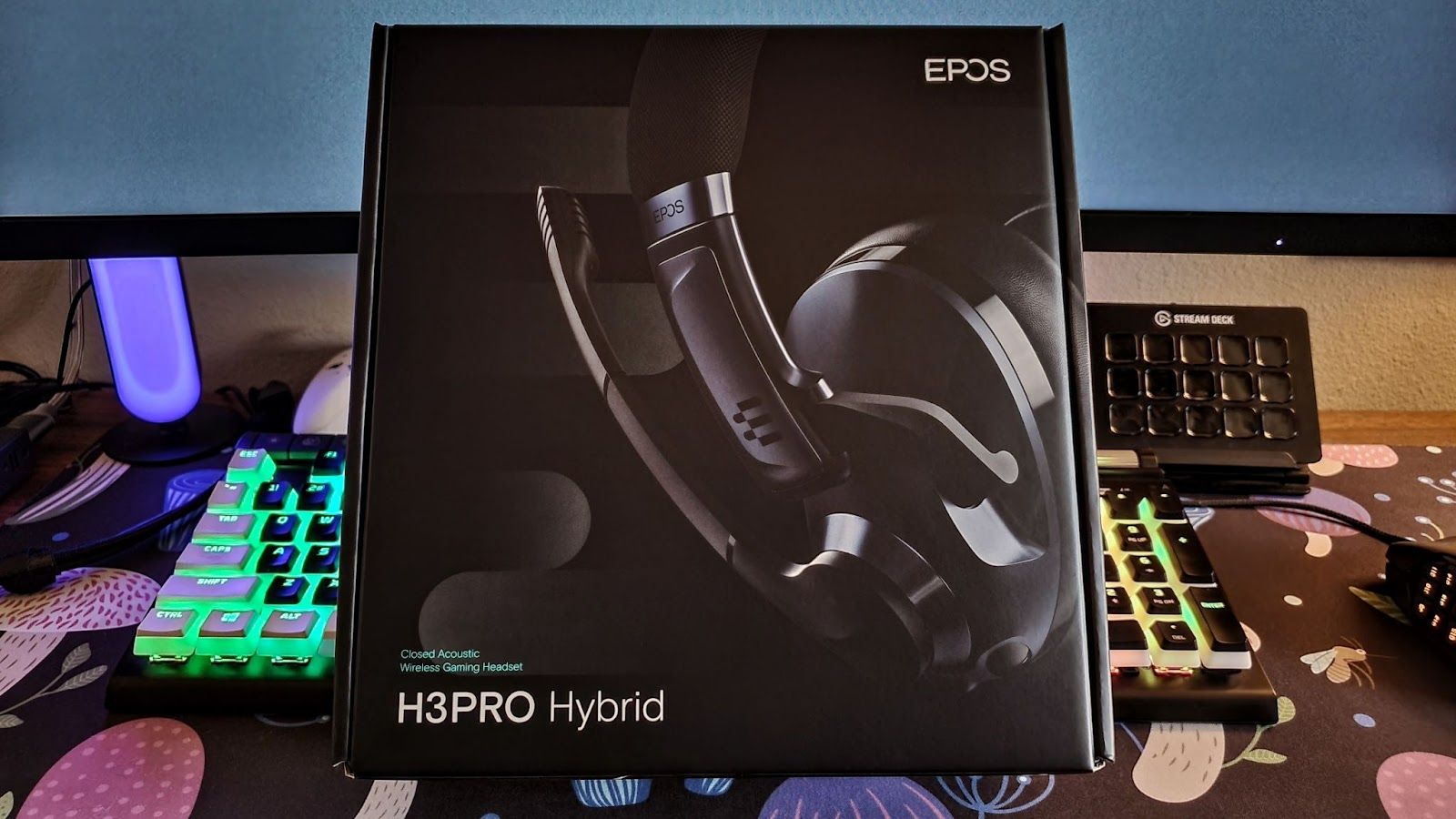 The H3PRO Hybrid headset...what exactly does "hybrid" mean? In this case, it means that you can connect this headset to a variety of devices and consoles. You name it, the H3PRO can probably connect to it. In addition to connecting to both PC and consoles, the H3PRO Hybrid comes with simultaneous Bluetooth versatility so you can connect to your cellphone and console/PC at the same time. I didn't know how much I needed this feature in my life until I started to use it. Now, I sincerely don't know that I want to go back to another device without it. Since the ear couplings have such a snug fit (and I get pretty wrapped up in gaming sessions) there is a chance that I won't hear any incoming calls from my cellphone. Being connected to both my PC and phone allows me to keep an eye on those incoming calls and swap over immediately without even needing to take my headset off. No more missed calls, no more angry mothers. 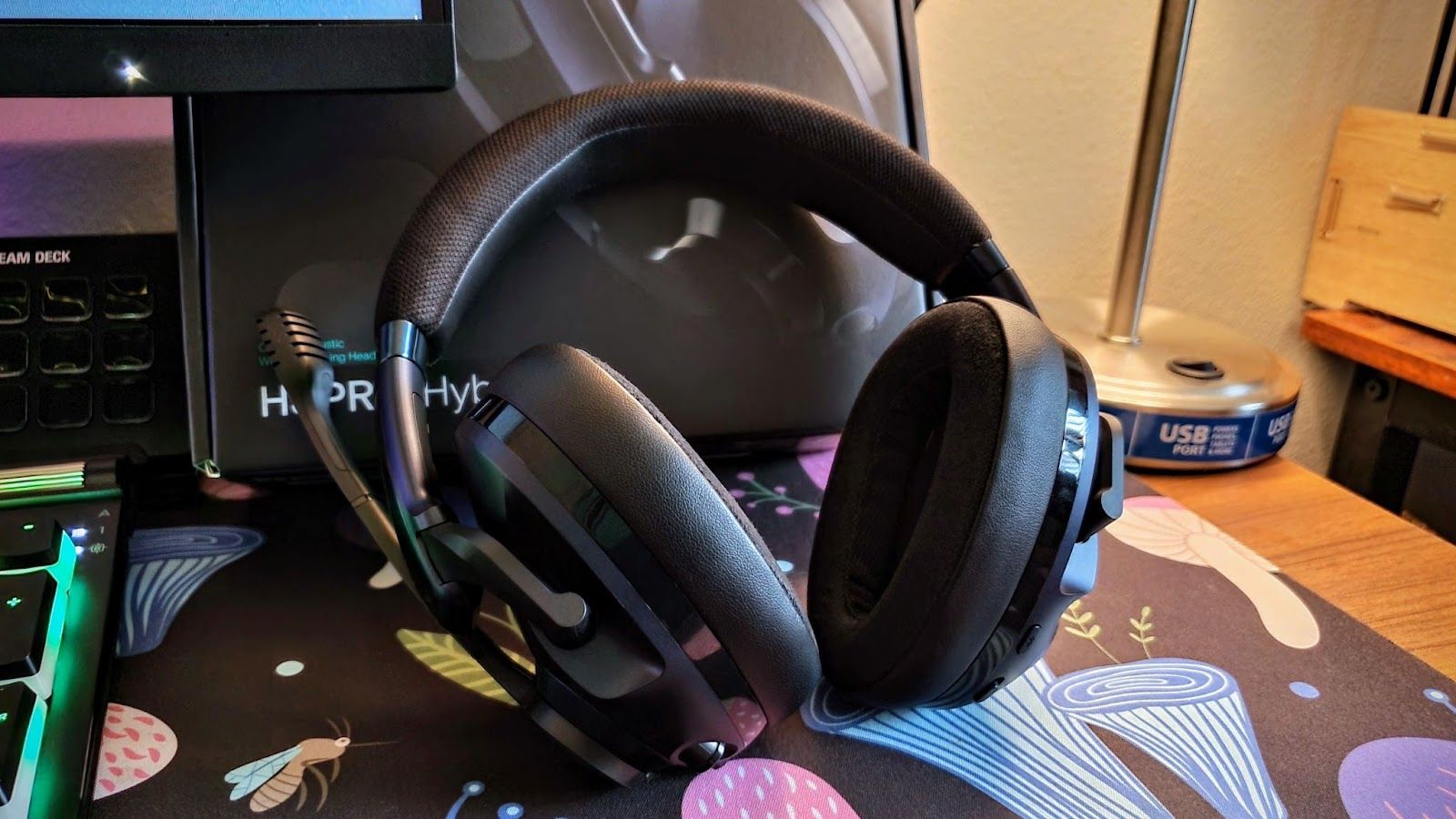 Comfort is a pretty big issue for me when it comes to gaming headsets that can quickly make or break a product. While the H3PRO Hybrid does have an adjustable headband, I felt like I didn't gain much benefit from it. As with other headsets I've tried in the past, the issue isn't necessarily that the headset is too short and needs extending, but that it fits pretty snug for the average user. Think wider, not longer. It takes a little getting used to, but it isn't uncomfortable for me. For my dimensions, it fits just perfectly. I've used headsets in the past where the tips of my ears graze the speakers, and after a few hours that would cause significant pain. Though at first glance there doesn't seem to be much in the way of preventing that, the plush couplings are deep enough that even after several hours of gaming I can say that I didn't experience any pain. 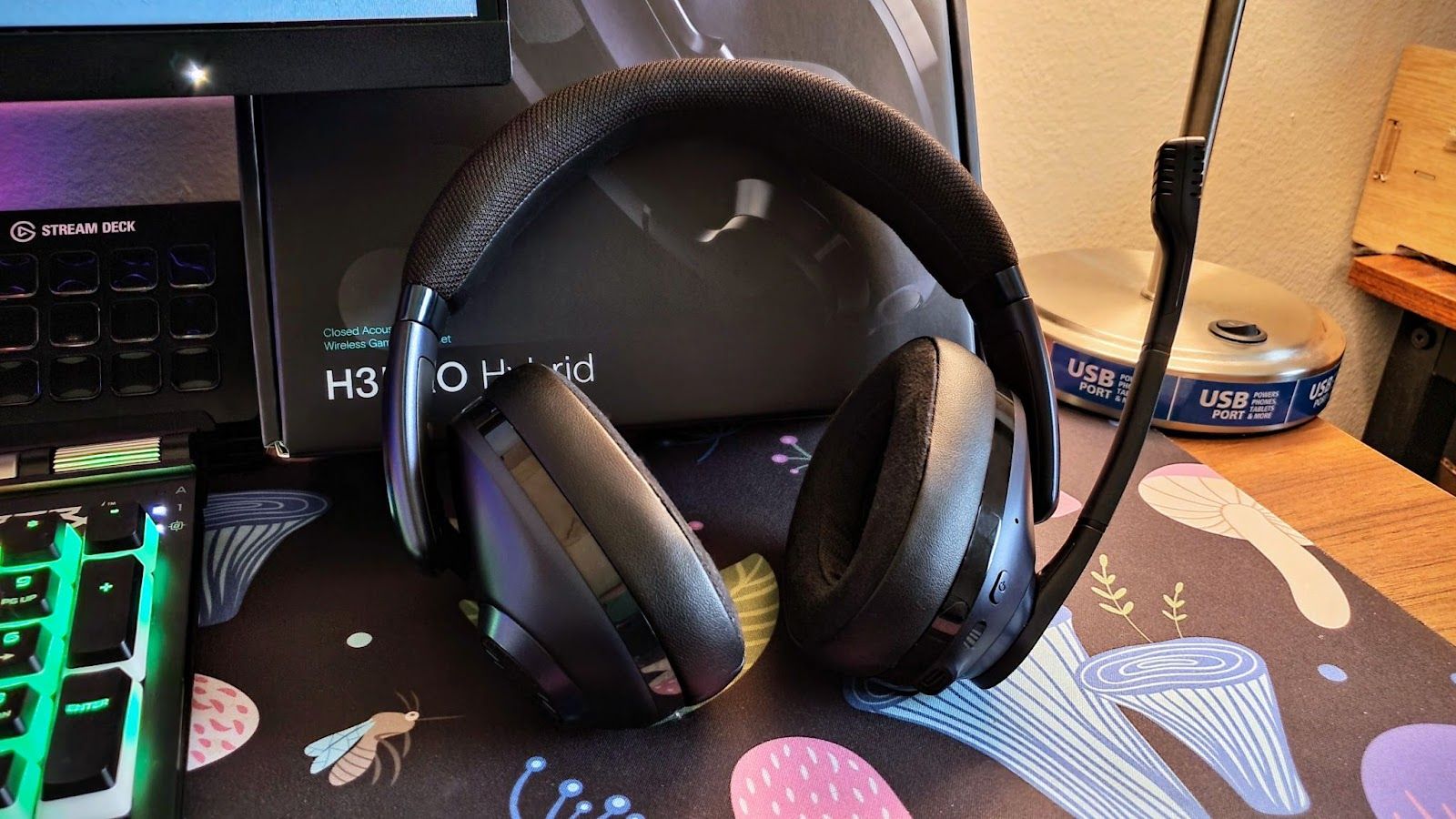 Speaking of the several hours of my day that I'm ashamed to admit are dedicated to gaming, let's talk a little about battery life. Battery life of the H3PRO varies depending on how you're using it, if ANC (Active Noice Cancellation) is turned on, and how many devices are connected at once. Since I primarily use the H3PRO Dongle + Bluetooth (ANC on) I tended to average about 19 hours of battery life a day. If I had turned ANC off, I would get nearly 28 hours of battery life. If you want to just use the Bluetooth capabilities, you could get up to 22 hours with ANC on, and about 38 hours of battery life with ANC off. Whether I'm using it for work or play, the H3Pro lasted practically all day and charged up fairly quickly (2 hours) when I forgot to charge it the night prior. Which, I did frequently because I'm terrible at remembering to manage my electronic devices. 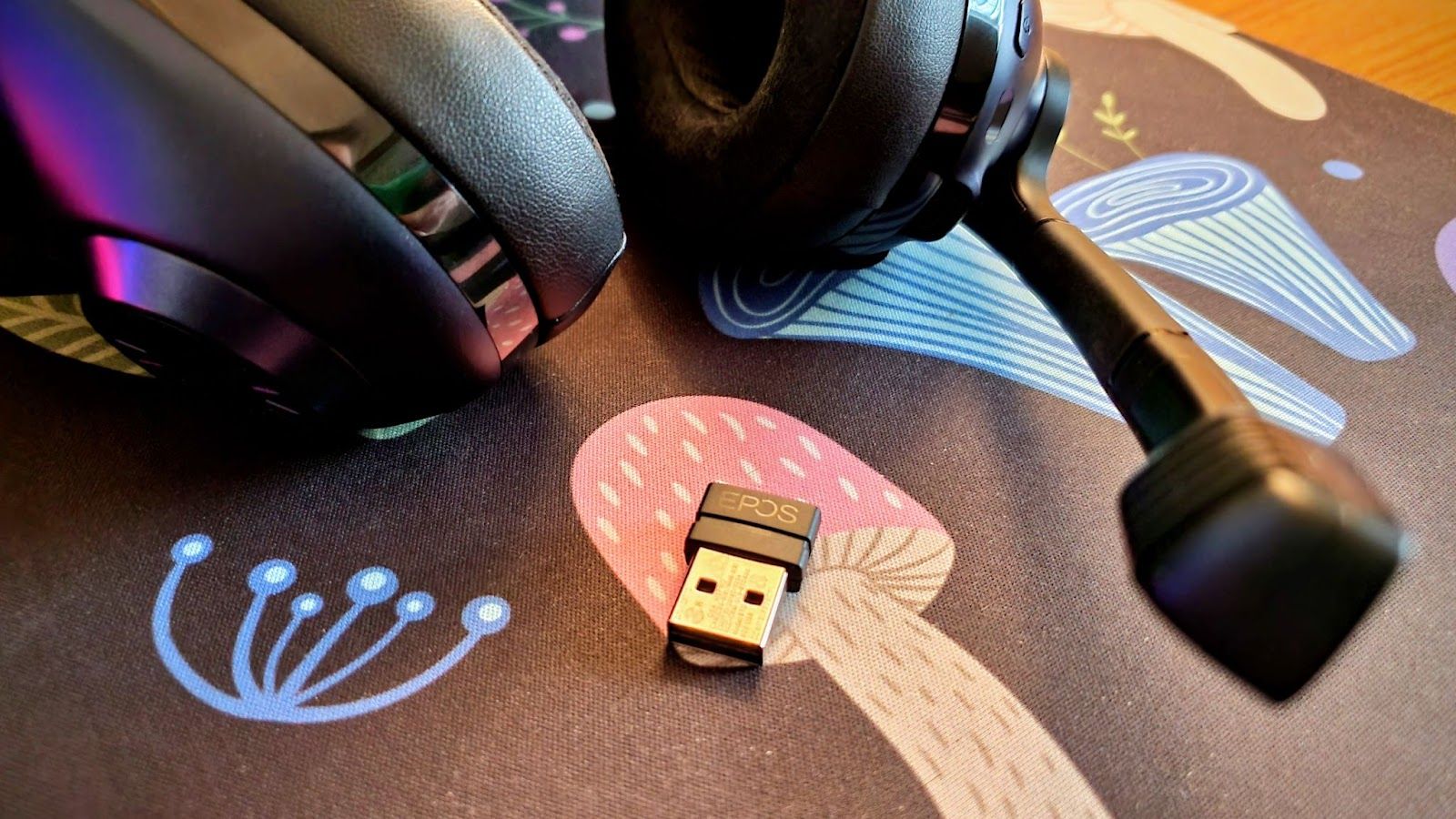 When it comes to sound and microphone quality, the H3PRO is definitely one of the more unique headsets I've tried. Typically you see a cardioid pattern with microphones, but the H3PRO uses a bidirectional pattern. With the removable boom arm and active noise cancelling, you get a warm, crisp, closed off sound that could just as easily lend itself to video recording. While this is fantastic for content creation, I did get a little bit of strange feedback from the poor souls that have to listen to me everyday. While the microphone was clearly higher in quality, they actually preferred my old headset instead (a Sennheiser x EPOS), claiming that it had a much more natural sound. The figure 8 bidirectional pattern paired with the active noise canceling just made me sound too artificial, and almost like my voice was being auto tuned. That's not to say that this is a terrible thing, but there was definitely a clear difference. This microphone had a much more studio room feel. As a side note, I do enjoy that this version uses an in-line microphone so I can try to curb my terrible accent and make sure that I'm not cursing too loudly. My neighbors thank you, EPOS. 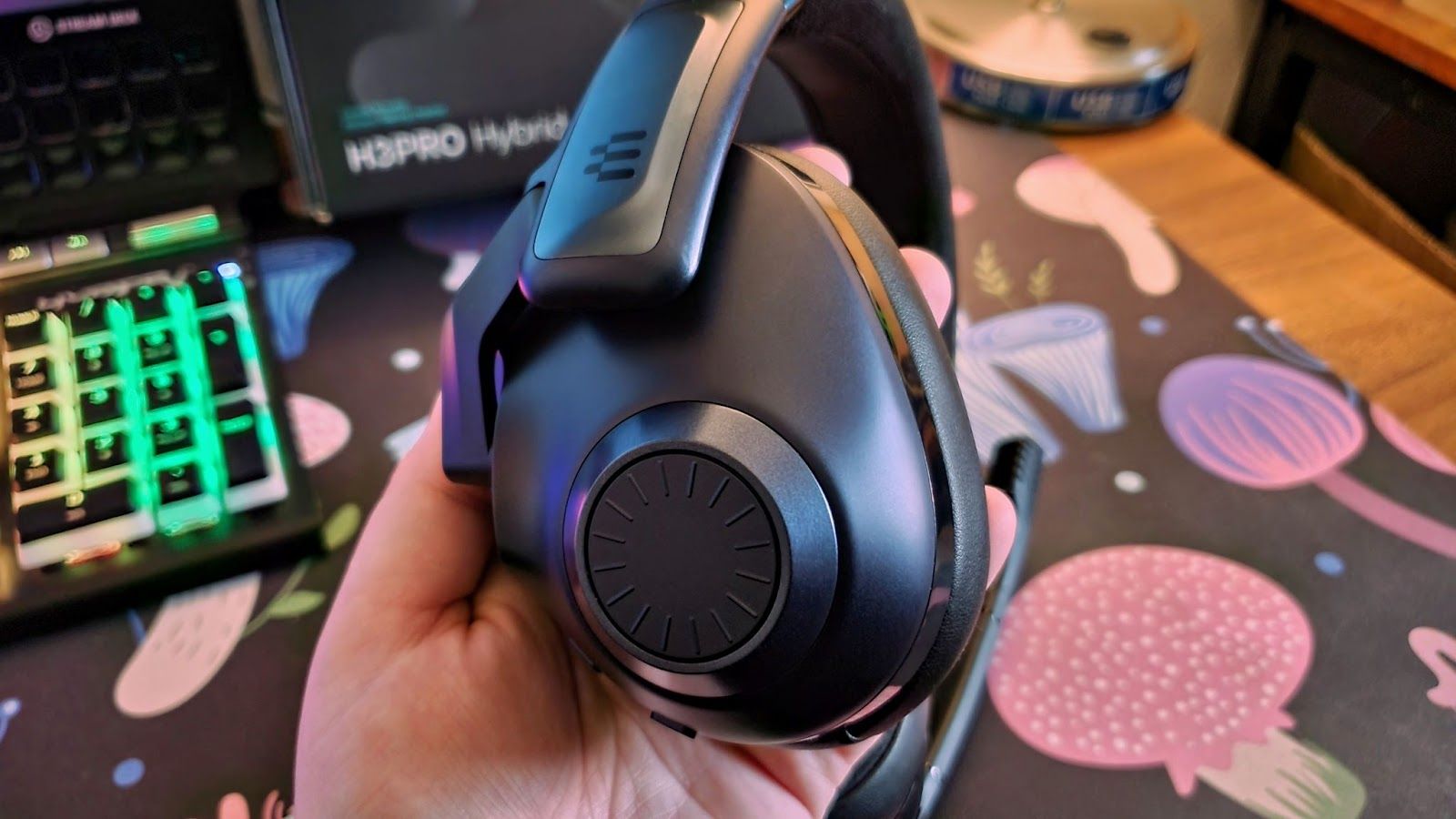 While it has some amazing features, I do have a few gripes with the H3PRO. To start, on the right ear, there is a flat volume wheel with little ridges for grip that lets you adjust the (you guessed it) volume. I much prefer raised wheels that give me just a bit more control. Increasing and decreasing the volume comes in short, random numerical increments and just isn't as precise as I'd like it, and the wheel honestly feels a tad clunky. The wheel is aesthetically pleasing and helps decrease the horizontal silhouette of the headset, but I'd rather not have to listen to the sound of plastic grinding in my ear every time I want to adjust the volume. Similarly, there are way too many plastic components for the headset to be priced as high as it is. The couplings, boom arm, and microphone are nice, but the base, hinges, and piece components (including the volume wheel) are all a sturdy plastic material. I was really hoping that for the price it would have felt a bit nicer. 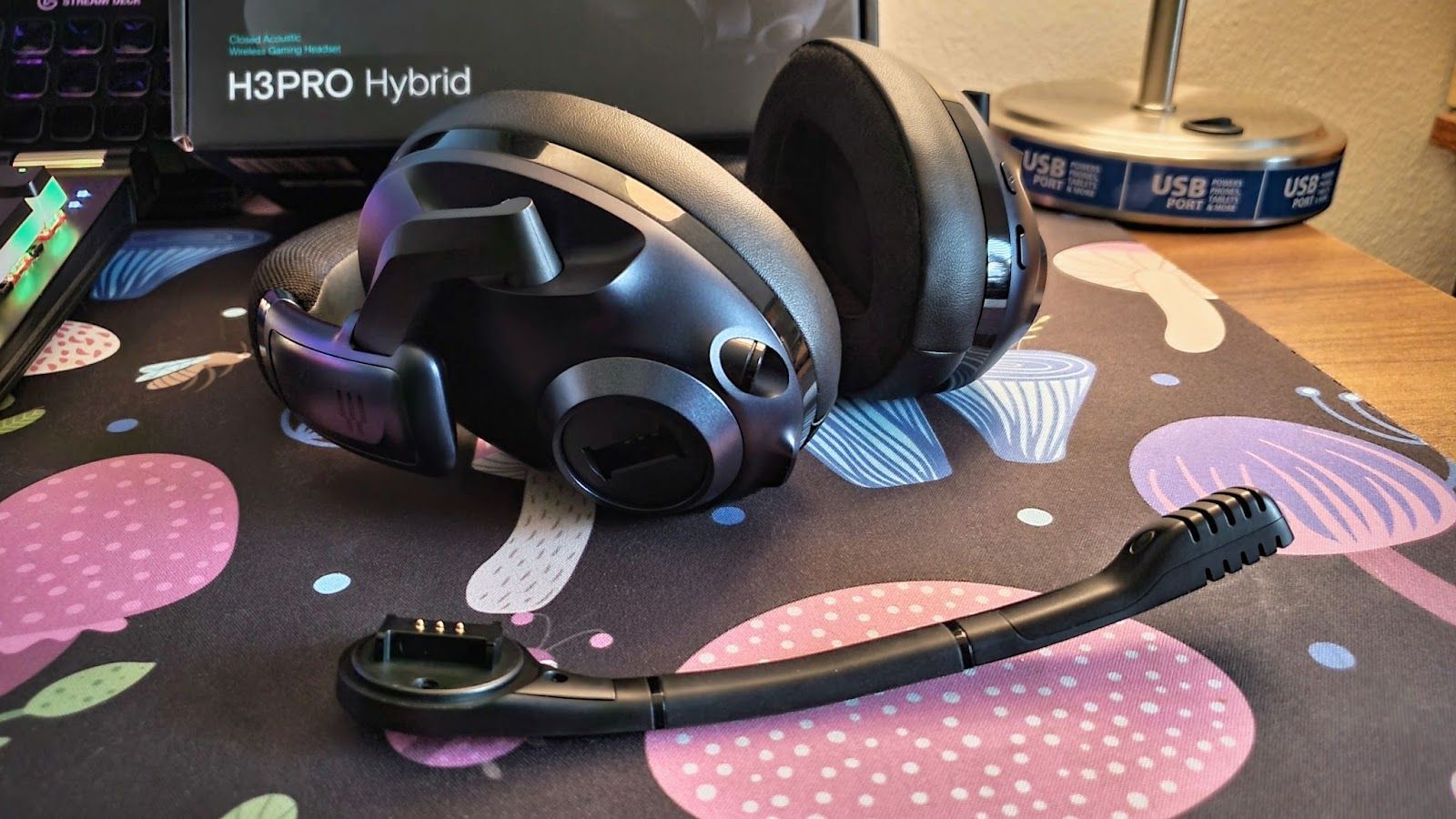 My last gripe has to deal with the boom arm itself. Every once in a while I would experience a little bit of static that I could clearly hear when I was talking. This had absolutely nothing to do with the connection, because the dongle was sitting right in front of my keyboard and was remedied by gently prying the boom arm off its connection and letting it slip back in place. Having to repeatedly do this was a little aggravating because all of your sound stops for a few moments. If you're in the middle of a conversation, or you need your sound to hear enemies around you (in my case, for cloaking enemies in Planetside 2) you won't be able to hear anything. It's not a deal breaker, but it makes me feel like there might be a faulty connection. 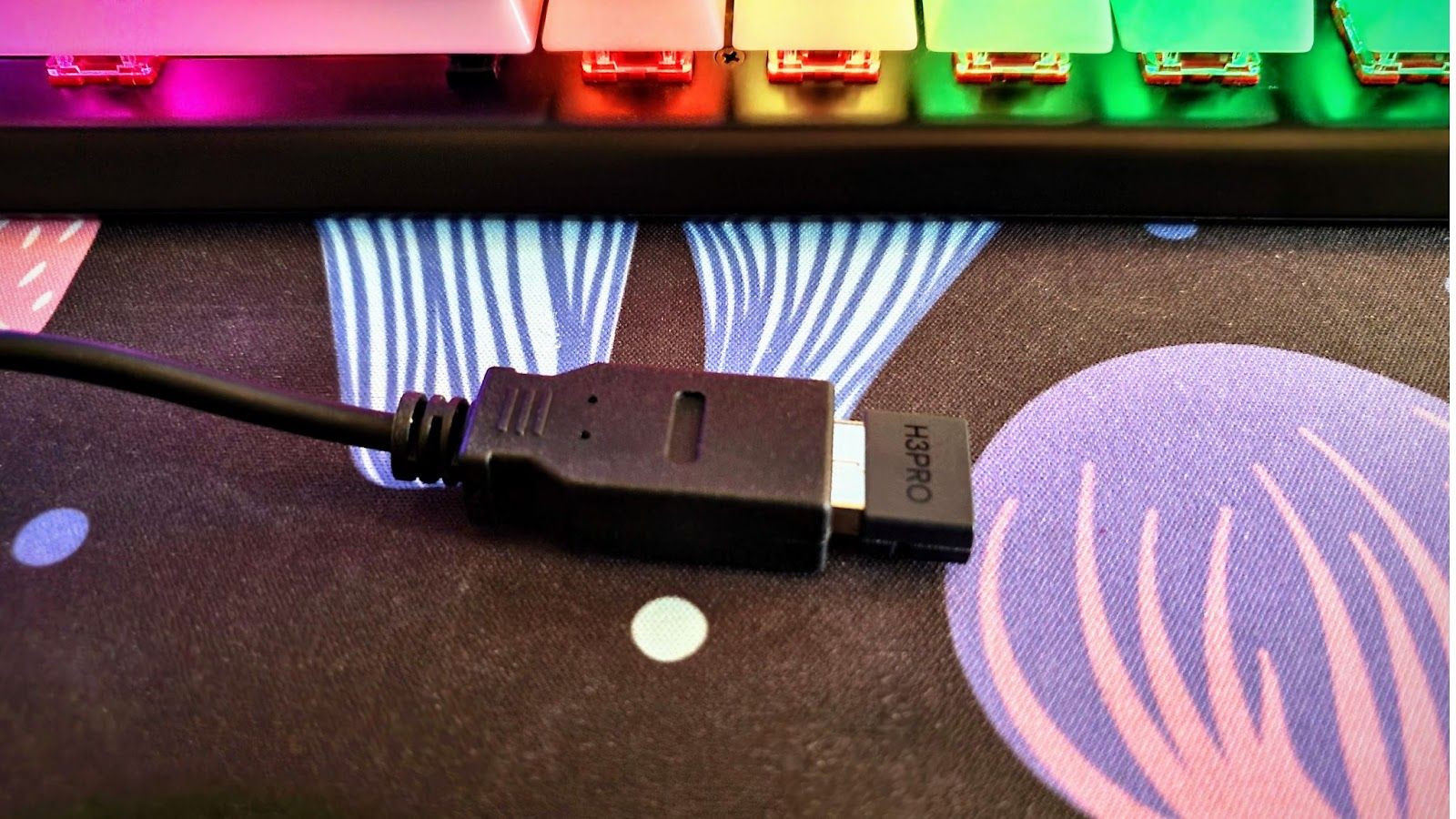 So has the H3PRO changed my mindset on wireless headsets? Absolutely. The battery life actually really surprised me and wasn't as bad as I thought it would be. I will definitely look at more wireless headsets in the future. Would I reorder this model again in a few years? Maybe. I'm still not completely sold on the price, especially since we have far more plastic components than I would like, but the features that come with the H3PRO are pretty fantastic. I'm a huge fan of the simultaneous Bluetooth versatility and being able to use the headset with more than just my PC!

The product described in this review was provided by the manufacturer for evaluation purposes. Purchasing items through our Amazon links may result in a small commission for the site. Authors are not compensated via clicks or sales in any way. Commissions help keep the lights on, so we thank you for purchasing using our links.