Dynamic microphones can provide some of the best audio quality for podcasts, streams and more, so it's no shock to see Elgato get into the game. The newest microphone from the company best known for its streaming hardware aims to slot itself into the market right alongside heavy hitters, such as the Rode Podmic. But how does the new Elgato Wave DX stack up, and is it worth the $99 asking price?

At first glance, the Wave DX looks pretty unassuming. It's rectangular shape and matte black finish make it look both attractive and unassuming. The top of the microphone has the mesh cutout that reminds me of the Wave:3, housing the capsule inside.

There is no foam cover to adorn the speaking part of the Wave DX, nor is there an external pop filter - this is handled inside the microphone housing itself. The Wave DX sports a Cardioid polar pattern with its dynamic capsule, meaning you'll need to be positioned right in front of the microphone to get the rest results (though in my testing it being off to the side didn't seem to affect it too much). The Dynamic capsule aims to capture your voice with the type of clarity usually associated with radio DJs while also reducing the background noise. 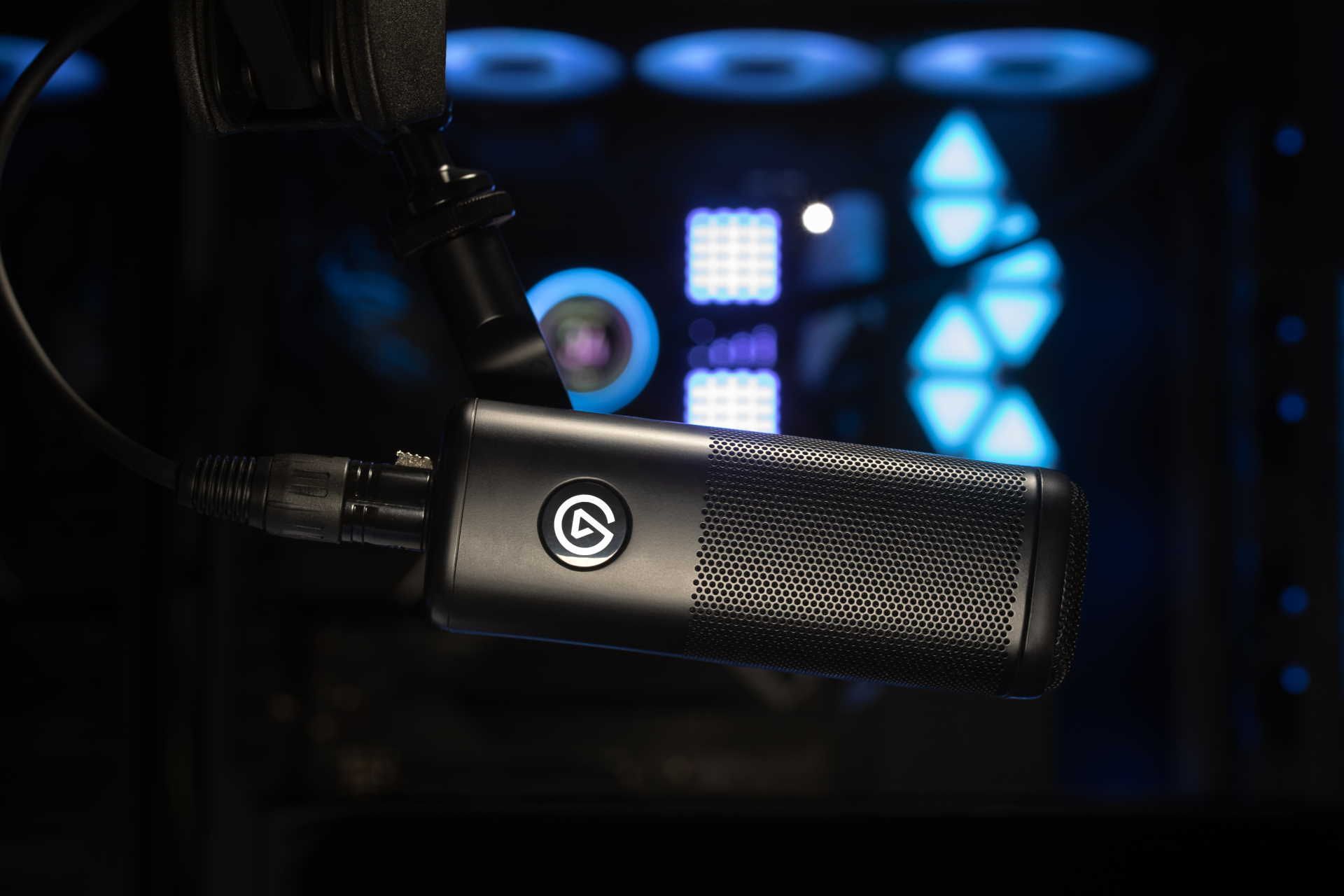 The Wave DX takes that a step further by rejecting background noise, which is further helped with one of the new VSTs available on the Wave XLR mixer, Elgato Noise Removal. The internal pop filter is advertised to protect your recording from the annoying plosives and hisses that can ruin a take as well.

Obviously, with this being an XLR microphone, it does require a bit more to use versus the Elgato Wave:3 USB microphone. You'll need an XLR preamp or audio mixer, such as the aforementioned Wave XLR or the GoXLR, to name a few. This means the set up to use the Wave DX is a bit more than it would be if you were just plugging in a USB microphone to your PC, however if you're already looking at beefing up your audio mix, Elgato positioning the Wave DX at $99 makes it a compelling buy right away. Other XLR mics in that price range include the excellent Rode Podmic or the Audio Technica AT2020 condenser microphone.

How Does The Wave DX Stack Up, Though?

So, what matters here is how it sounds. The Wave DX aims to bring the dulcet tones and super, natural audio quality with clarity without losing any of the tone's detail. As such, the Elgato Wave DX was built in conjunction with the audio engineers over at LEWITT to ensure that every single microphone in production has the best capsules they can provide. As such, the dynamic capsule at the core of the Wave DX is, in theory, going to shine.

And boy did it. The Wave DX made a noticeable impact on my audio quality when on Discord calls with friends, work calls with companies during interviews, and recordings. The response was that my voice sounded fuller, more robust and clearer than ever before.

However, in my own testing, I felt let down a bit by the internal pop filter, as I could still noticeably hear distracting hisses and some of the pop from plosives in regular speech.

Right off the bat the harsh "s" in "capsule" and the beginning of the acronym "XLR" are grating on the ears, though interestingly enough when I was on a call for work or during a gaming session, there wasn't any mention of these.

Thankfully, the Wave XLR now supports VST plugins, meaning that cleaning up the hisses was rather painless. The T-De-Esser from Techivation cleared it up and was installed and working within about a minute. The hiss is still there in recordings, but it's no longer nearly as whistle-y as it was out of the box.

The Elgato Wave DX sounds great out of the box, and if you choose to use it that way with just a standard XLR input device, you're not going to be too disappointed. Seriously, in the De-Esser demo, listen closely: my daughter was around the corner watching TV, yet it's not noticeable at all. This is without Elgato's additional plugin to noise gate the mic enabled. 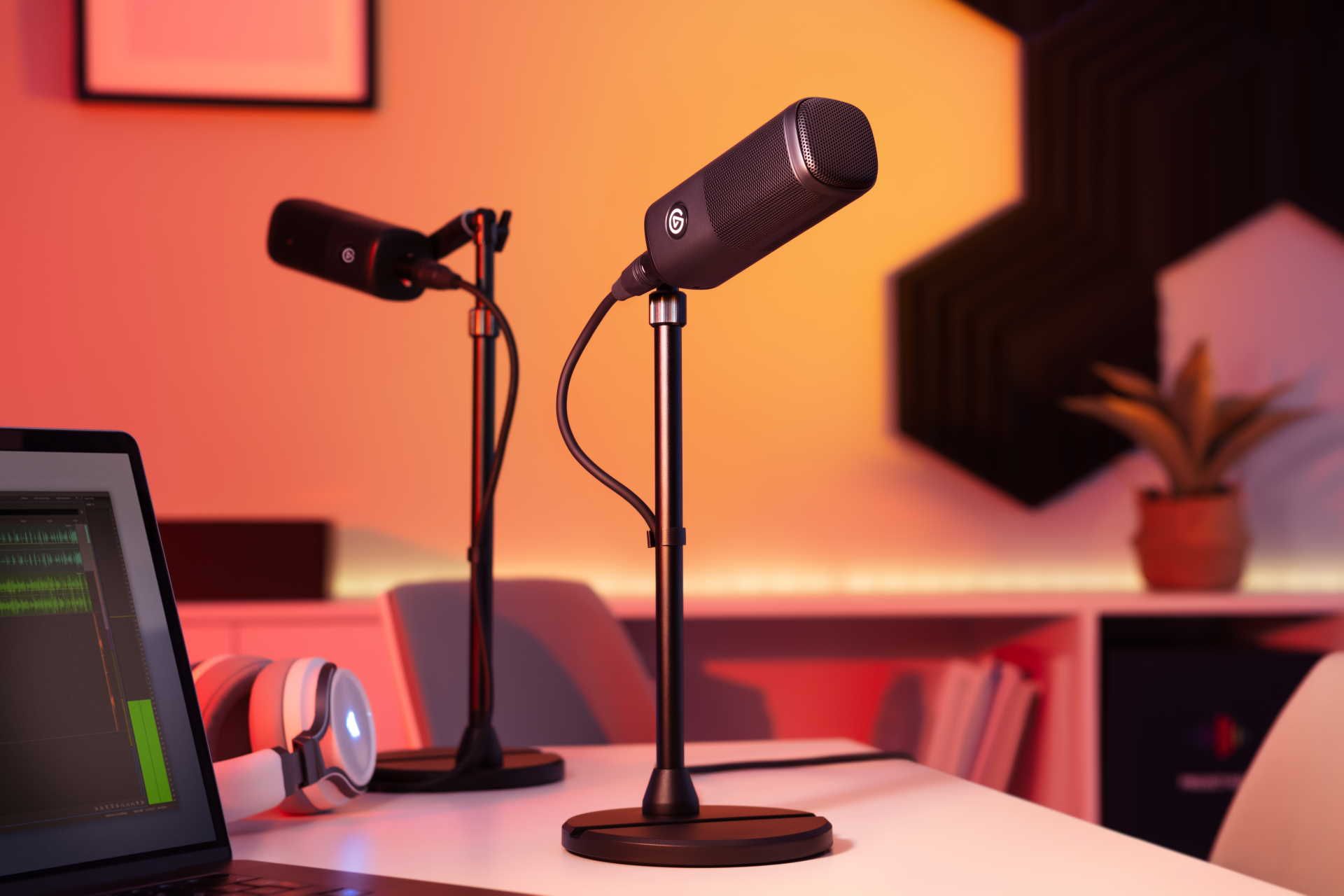 But with the ability to mix and create your own, unique voice using the Wave XLR's embedded features, as well as VST plug-in support, you're going to have even more options to play with.

One is Elgato's own Elgato EQ, allowing you to adjust the gates of nearly every segment of your voice's frequency, letting you really determine the exact sound you're going for. You can embolden the bassiness of your voice, or increase the warmth with just the drag of a mouse. Thankfully this all adjusts in real-time as well, so if you're monitoring your voice you're going to hear the change right away.

Hear the differences? You can create to your heart's content here, honing in exactly how you want to be heard.

So what does this all mean? Does the Elgato Wave DX do the job, especially for a microphone at its price range? By and large, yes it does. Sure, I wish the plosives and especially the hissing in my voice was naturally taken away by the internal capsule and pop filter, but it's not unmanageable. And it's no worse than other XLR mics I've used that are even more money.

It's also easy to set up, though it requires a mic stand as it doesn't come with its own like many USB mics do (including Elgato's other Wave mics). Elgato sells a mic boom arm - two varieties by the way should you want an arm that sits more comfortably out of frame when streaming. I actually prefer the Elgato boom arm to the Blue Compass arm I've been using for over two years now, and will see myself using it moving forward, even if I opt for a different mic down the road (such as Beacn's excellent USB dynamic mic). 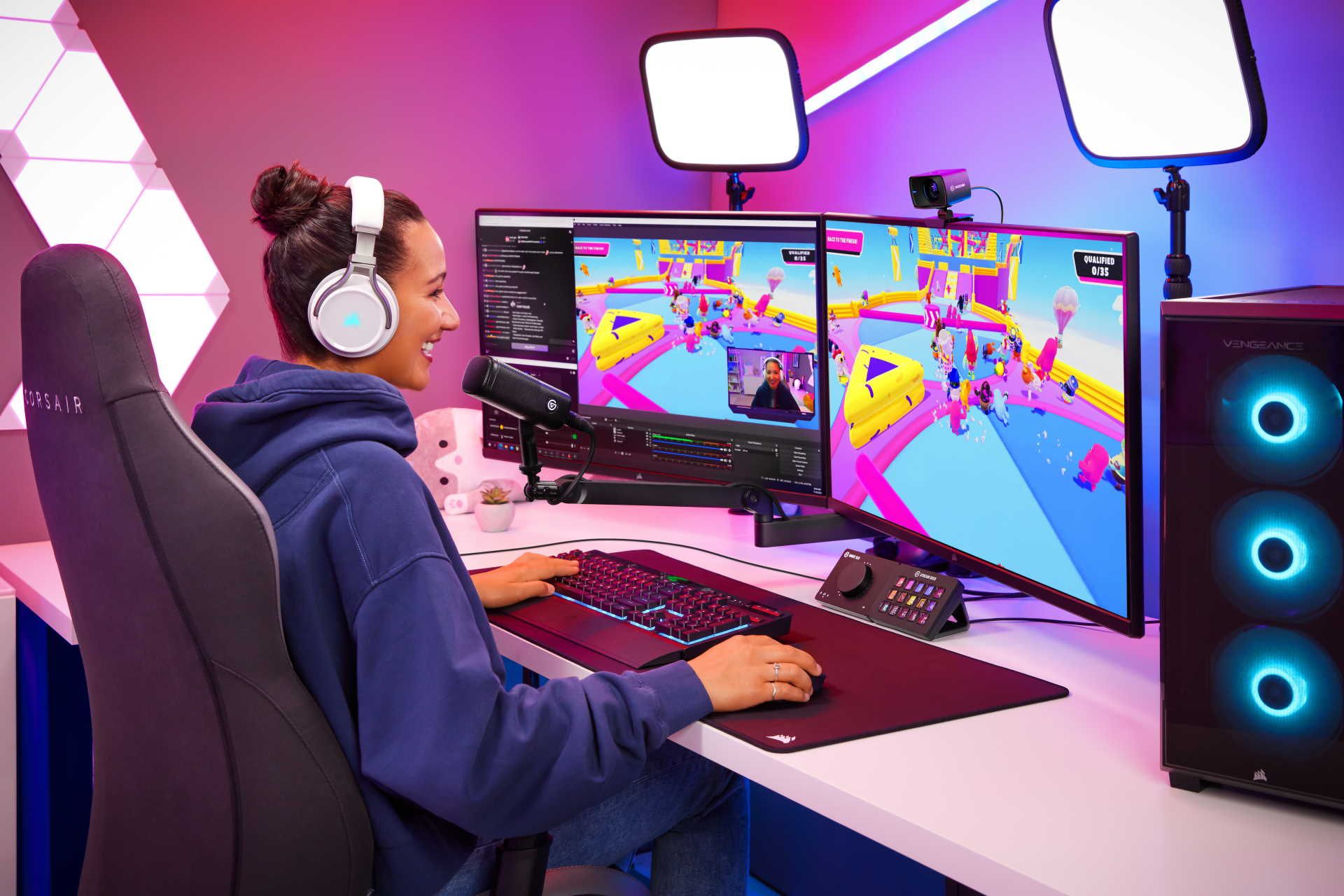 For me,  Elgato really wants you to pair this microphone with the Wave XLR. And it makes sense: the Wave XLR allows you to do what the company does best: use its incredibly useful software to amplify its products. And I don't necessarily mind this, as I love the Wave XLR, even if I find the physical item somewhat limiting in being able to mix on the fly.

One of my biggest gripes, though, is the fact that the VST support pops out a new window rather than being housed in the Wave XLR's own UI. It's a small gripe, but one that has already caused some annoyance while using it. I would love to have the microphone's VST options alongside the same menu at least that houses the Condenser, sample rate and gain options in the Wave Link software already.

I get because Elgato is relying a lot on third-party software it might be difficult to do. But with Elgato's own plug-ins, I would love to see instead of taking me away from the software in a new window, I'm still able to monitor mixes volume and more while also adjusting the VST settings from the same place.

All that said, though, the Wave DX more than makes up a good value for the price. To me, it sounds about on par with the Rode Podmic, which is my personal favorite XLR mic under $100, and I appreciate Elgato ensuring that this XLR mic will work regardless of the XLR interface. Instead of gating it behind the Elgato ecosystem here, it'll attract far more eyeballs for those looking for a great dynamic mic to fill out their podcast equipment or complete a dream stream setup.

The Elgato Wave DX dynamic microphone sounds great, bringing some of the best, clearest vocals I've heard in a sub-$100 microphone in a while. Out of the box, the Wave DX sounds good enough to use right then and there, but by diving into the Wave Link software, it's made even better. Elgato has successfully continued the great legacy of the Wave mic brand, and I can only hope this spurs them into continuing to iterate on both the microphone and their XLR interface in the future.