Webcams have been a staple for the streamer setup since the beginning of streaming. Some companies, like Logitech, have become the standard for webcam expectations with the C922x Pro. In contrast, others, like Razer, attempt to push the boundaries of what we have come to expect with cameras such as the Kiyo Pro.

Yet this past year, we are beginning to see a shift in webcam development. Dell has been attempting to break into the webcam market. They first released the UltraSharp 4K Webcam earlier this year to pretty solid reviews. What was most impressive was that it easily rivaled some of the top gaming webcams while still holding to that 249.99 price tag. However, It looks like Dell isn’t done yet as they’ve just released the new Dell Pro 2K Webcam.

This new 2K version offers many of the same features as its 4k counterpart but at a fraction of the price. Could it be your next steaming upgrade though? Grab that coffee, kick back and find out in our review of the Pro 2K Webcam graciously provided to us by the good folks at Dell.

The Dell Pro 2K Webcam is an interesting design. Getting away from the standard rectangle on a mount, the Pro 2K instead opts for an elongated cylinder style to house its components. On the surface, the camera actually looks like a mini cola can. However, upon closer inspection, you quickly realize all the subtle and intelligent design decisions.

For starters, the Pro 2K comes equipped with a simple lens cover that serves to protect the unit when tucked away in a bag as well as a privacy screen when the camera is not in use. Several other web cams I’ve used have come with similar covers but Dell magnitized the cover so it would fasten not only to the front of the camera but also to the back. This greatly reduces the chance of losing the cover, something I may or may not have done with the covers from other webcams I’ve owned.

The mounting bracket is also integrated into the cylinder design and when not in use tucks into the camera creating a smooth, clean look. A small but durable hinge allows for quick setup and storage and an included tripod mount point is discreetly placed on the bottom side of the mount. It's simple and clean. 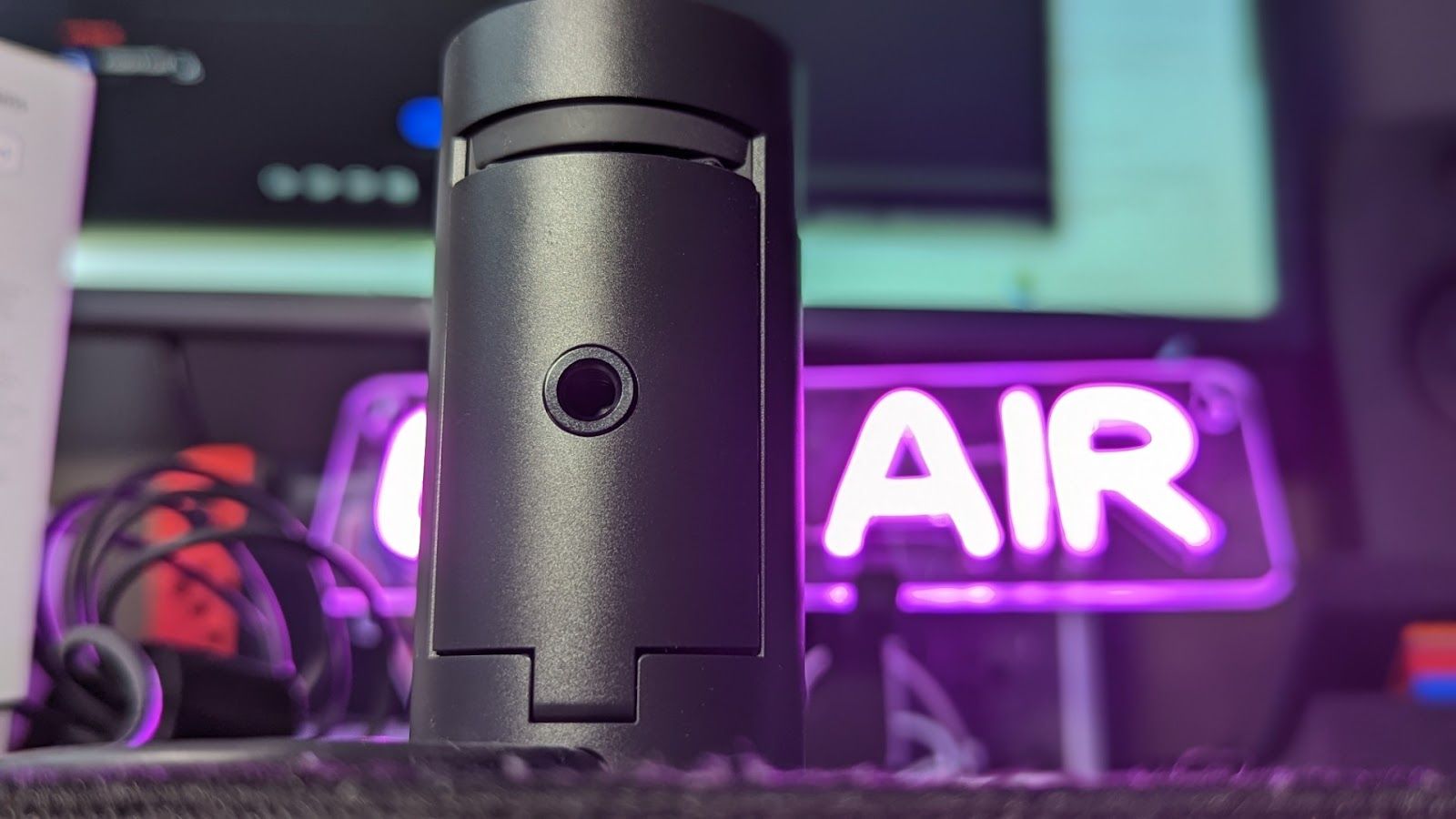 Even the USB-A cable that comes attached to the camera is nestled in a small cable tray feeding to the bottom of the camera which allows you to store it upright when not in use as well as reduces bending on the cable connection point.

The whole design is smart, and clean and speaks to a focus on professionals on the go who want to up their Zoom meeting game. It's easy to handle, easy to store and easy to set up, making it an excellent design for those that need portability.

Plug And Play And More

Speaking of setup the Pro 2K webcam is designed for plug-and-play experiences. On both my mac and PC the camera was immediately recognized when plugged in. Everything from discord to OBS to Zoom had no issue recognizing the Camera and the included microphone as options for audio and video.

As a user, you could plug the Pro in and never give it another thought. This makes it a great device for gamers and business professionals that need a simple, convenient solution. Yet to do so would be to underutilize all that the Dell Pro 2K has to offer.

The Pro 2K is an incredibly powerful webcam. Housed within the aforementioned cylinder design is Sony’s STARVIS sensor system. In short, the STARVIS sensor uses a back-illuminate pixel system that allows the sensor to pull a better quality image even in low light situations. Originally designed for security systems, the STARVIS sensor has since been adapted to be used in a number of other applications, including higher-end Webcams.  The result is a better quality image both in well-lit and low-lit situations. 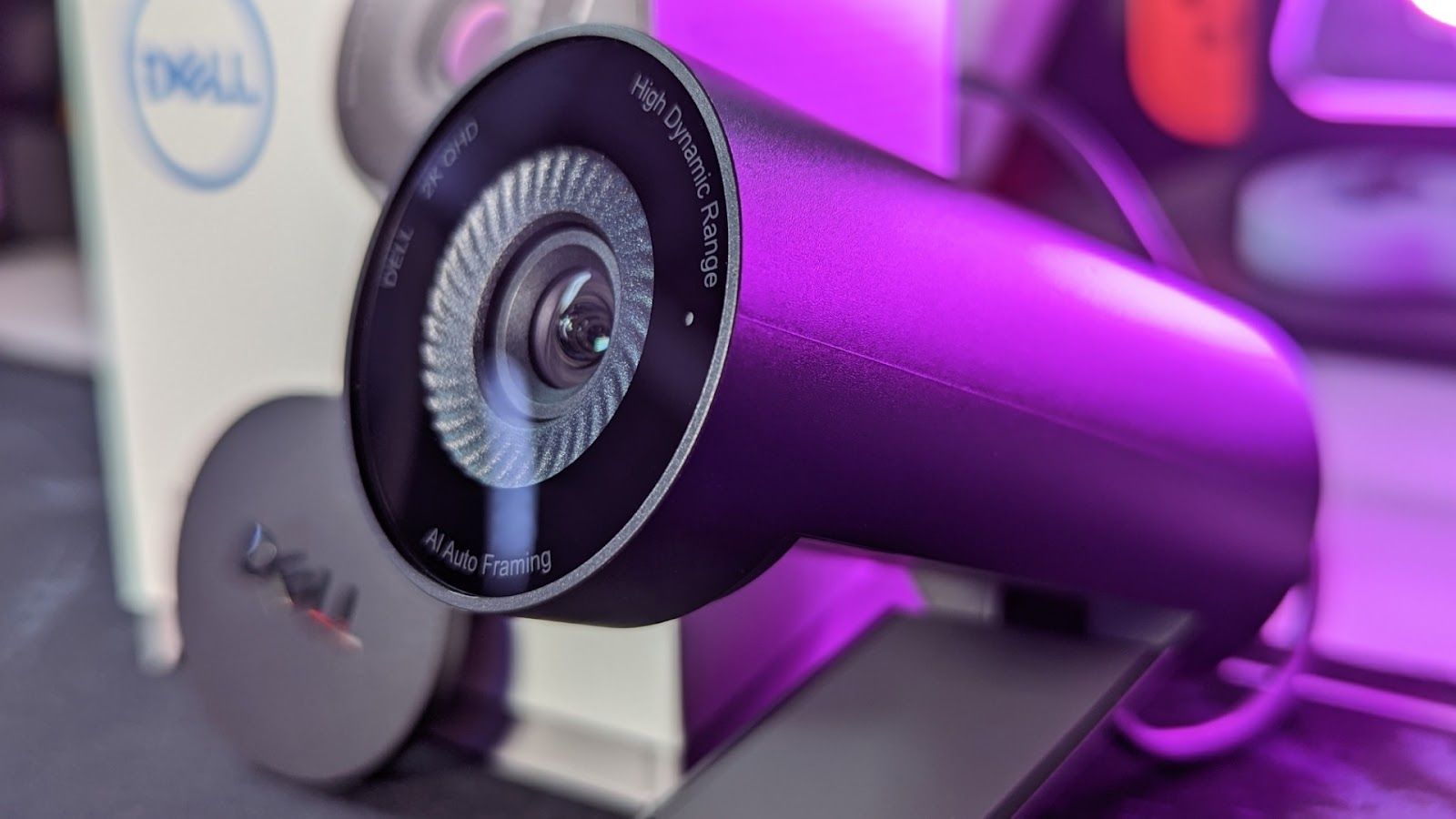 As the name suggests the Pro 2K supports up to 1440p at up to 30fps. At the 100-dollar price point, that immediately bumps it up above most webcams in that bracket. However, Dell didn’t stop there. They also included some serious image processing power with support for digital overlap HDR and facial detection auto exposure. The HDR essentially pushes to present a true-to-life color experience despite extreme lighting conditions whereas the facial detection automatically balances the lighting on your face to help present the best picture quality possible.

Finally, the Dell Pro 2K comes with Dell’s own AI Auto Framing which is designed to track a subject and adjust the focus and zoom to follow them as they move. All of these features, along with a host of standard webcam settings are handled from the Dell Peripheral Manager that is available for both PC and Mac. The software itself is fairly straightforward to use and allows you to adjust all of these features easily and quickly.

The Dell Pro 2K overall performed well during testing. I tested everything from lens capture in low to extreme lighting situations, AI Auto Framing, HDR processing and recording at various framerates and resolutions.

In the field of photos and video, the Pro 2K delivers. That STARVIS sensor does a great job capturing images. Recording at 2K 30 FPS presented a clean and well-balanced image throughout my testing. Even during low light capture tests, the webcam managed to produce a pretty solid image. With the image below, I took the shot with nothing but a small backlight and the light from my monitor. The camera managed to pull a fairly detailed image without a lot of noise. Considering how little light there was to work with that’s a pretty impressive feat for a webcam. 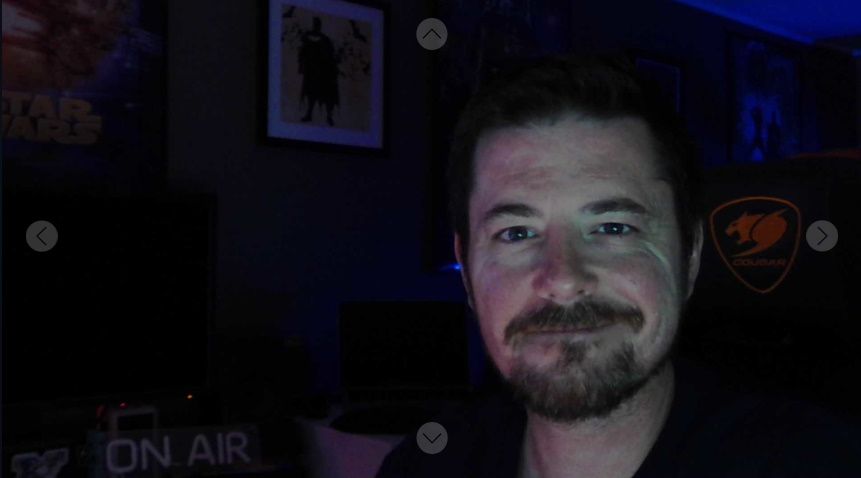 If there is a lighting concern, the optional HDR is available to help try to compensate for lighting conditions. However, in my testing, I found that the camera actually handled lighting better without HDR. In most cases, the HDR ended up being too aggressive and added a lot of noise to the pictures I took. In the slides below I took the same picture with HDR on and off. In pretty much every case the image without HDR is the better quality shot.

How for those that are specifically looking for a webcam that can handle less-than-ideal lighting conditions I would still assert that the Dell Pro 2K is the camera that can accomplish that. The STARVIS sensor has no problem handling various lighting conditions during my testing. I would recommend though to keep the HDR off unless there is a specific situation in that you would require it as the images tend to be noisier when shot with HDR.

The Pro 2K is equipped with the aforementioned facial detection auto exposure as well as autofocus. Both work really well and presented some fairly solid true-to-life skin tones. In the case of both features, in all of my testing, the webcam had no issue detecting and then adjusting the focus and exposure to present a fairly clear and well-balanced image.

My critique of the system isn’t how well it accomplishes the job, but rather how quickly it does it. In some cases when the camera is initially scanning it can take up to 3-5 seconds for it to find and adjust appropriately. Thankfully once it's set it doesn’t seem to have any issue maintaining focus and balance. It would have been nice to see a faster response time overall with these systems but the systems themselves performed consistently and well.

Another feature that I was excited to test was the AI Auto Framing. I have, in a previous review, had the opportunity to test another AI-driven tracking camera and was curious to see how the Dell Pro 2K handled the process. My testing revealed two things; the system essentially relies on leveraging the full 78° angle and then zooming and tilting the camera lens within that angle range to track the subject and this process is quite slow. So much so that I wouldn’t find it to be helpful to use in a real-world setting without some very intentional, movements planned in advance. It's a conceptually great idea and does work but too slowly to leverage on a day-to-day base.

The Pro 2K also comes with a built-in mic designed for noise reduction and clean pickup. It does offer a slight noise reduction but still sounds hollow and lacks any real low-end pickup. It does present clean enough audio to be usable and is arguably better than an onboard laptop mic but won’t compare to a headset or USB mic for quality.

Despite a few shortcomings, the Dell Pro 2K Webcam is still a solid offering at a bargain price. Its overall capture quality and low-light capabilities easily beat anything else I’ve tested at that price range. While some of the features, such as the AI tracking, focus and exposure and slow, they all do work well. The only area I really wish to have seen a bit more from is in the area of HDR, the feature really didn’t impress me when compared to what the camera could capture without it on.

Overall, if you’re in the market for a solid webcam that won’t break the bank, I would consider checking out the Dell Pro 2K Webcam. Currently priced at 99.99 on the Dell site, it's a good camera at a great price.